The Queen still hopes to attend a thanksgiving service to remember her late husband Prince Philip at Westminster Abbey next Tuesday despite her recent health issues, a royal source revealed today.

Buckingham Palace has announced details of the service to ‘give thanks for The Duke of Edinburgh‘s dedication to family, nation and Commonwealth and recognise the importance of his legacy in creating opportunities for young people, promoting environmental stewardship and conservation, and supporting the Armed Forces’.

The palace has yet to confirm whether the 95-year-old Queen will be present at the service, with a source saying that she still ‘hopes to attend’. The event will be broadcast live on BBC One from 10.30am until 12.15pm.

The Queen and Philip’s second son Prince Andrew is also planning to be present, despite him paying an estimated £12million earlier this month to settle out of court in a US civil sexual assault case with accuser Virginia Roberts.

But Prince Harry will not travel to the UK for the service amid ongoing legal action that he is taking against the Home Office over Metropolitan Police protection, which he believes he should still be entitled to when in the UK, despite quitting royal duties and moving to California. His spokesman said earlier this month that he ‘plans to visit the Queen, his grandma, as soon as possible’ but there has been no confirmation of when this might be.

Other Royal Family members expected to be in attendance next Tuesday include Prince Charles; Camilla, Duchess of Cornwall; Prince William; Kate, Duchess of Cambridge; Prince Edward; and Sophie, Countess of Wessex.

Last week, the Queen missed the Commonwealth Day service which was also at Westminster Abbey – a decision understood to be related to her comfort rather than a specific illness. But she has continued with light duties including virtual audiences conducted via videolink and the occasional face-to-face audience at Windsor Castle.

Next Tuesday’s service will ‘in particular pay tribute to the Duke of Edinburgh’s contribution to public life and steadfast support for the over 700 charitable organisations’ with which he was associated throughout his life.

Those in attendance will include members of the British Royal Family and foreign royal families as well as Philip’s wider family and friends. There will also be more than 500 representatives of Philip’s patronages and charities, reflecting the causes and charitable interests he championed and as a tribute to those who continue his work.

Queen Elizabeth II records her annual Christmas broadcast message at Windsor Castle last December. The photograph on her right shows the Queen and Prince Philip taken in 2007 at Broadlands to mark their Diamond wedding anniversary 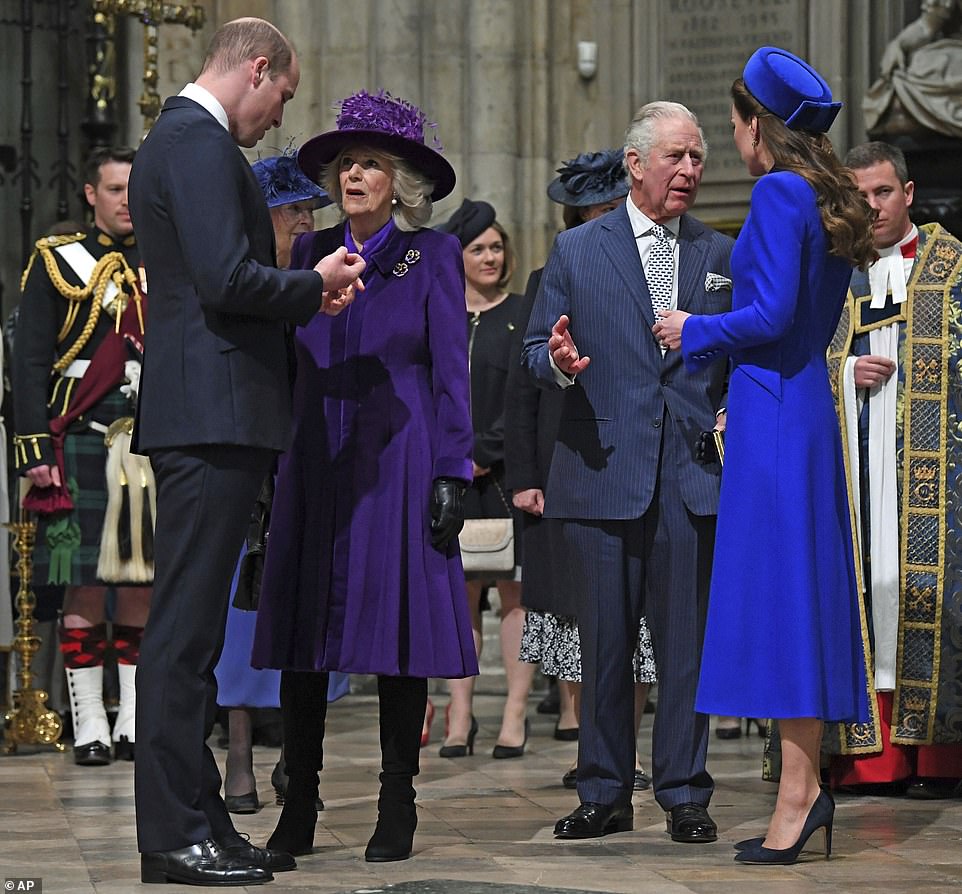 Other guests in the congregation will include representatives from UK Government, the Armed Forces and the devolved administrations, as well as high commissioners and representatives of overseas territories.

Queen’s up and down health in recent months

October 20, 2021: The Queen is admitted to King Edward VII’s Hospital in London for tests and kept in overnight ‘for practical reasons’, just hours after cancelling a visit to Northern Ireland.

October 26: She pulls out of attending the following week’s Cop26 climate summit in Glasgow.

November 14: She has to miss leading the nation’s remembrance of its war dead at the Cenotaph because of a back sprain.

February 10, 2022: Prince Charles is diagnosed with Covid less than 48 hours after seeing his mother.

February 17: The Queen says at an engagement that she is having trouble walking.

February 20: She tests positive for Covid herself. She later cancels several virtual audiences. Sources said this was due to sounding rather hoarse as a result of the effects of the virus. She returns to hosting online events on March 1.

The palace said the Duke of Edinburgh’s Award, founded by Philip in 1956, will feature ‘prominently’ in the service, with a tribute to be given by a gold award holder.

It comes ahead of celebrations to mark the Queen’s Platinum Jubilee this summer. Among the events are a live concert featuring some of the world’s biggest stars, a service of thanksgiving and a day at the races.

On Sunday June 5, the Platinum Jubilee Pageant will be staged in London and feature more than 5,000 people from across the UK and Commonwealth. It will take place against the backdrop of Buckingham Palace and surrounding streets, combining street arts, theatre, music and circus.

The Queen last attended a formal public engagement on October 19, when she held a reception at Windsor Castle for global business leaders.

The following morning she suddenly pulled out of a long-planned trip to Northern Ireland later that day on doctor’s advice.

Later that day she was secretly admitted to the King Edward VII Hospital in London for what have only ever been described as ‘preliminary investigations’ and kept in overnight.

She was advised to undertake several weeks of rest by her medical household and even cancelled her ‘inked in’ appearance at the Remembrance Sunday service on November, sparking further fears for her health.

Recently she began to resume ‘light duties’, namely virtual audiences and paperwork, although on February 16 she was seen in a video telling two visitors at Windsor: ‘Well as you can see, I can’t move’ and pointing to her leg.

However Buckingham Palace did say she hoped to personally attend three significant events in March – the annual Diplomatic Reception, which was cancelled as a result of the Ukraine war, the Commonwealth Day Service last week and the service for Philip. 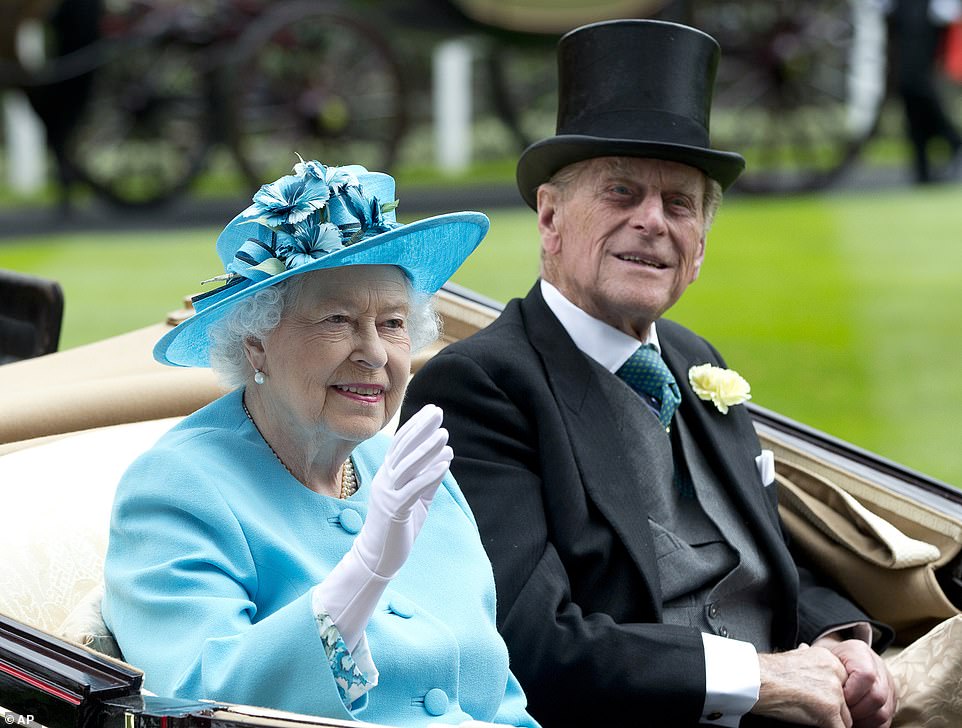 The Queen and Prince Philip are pictured together arriving at Royal Ascot in June 2014. Philip died last year aged 99 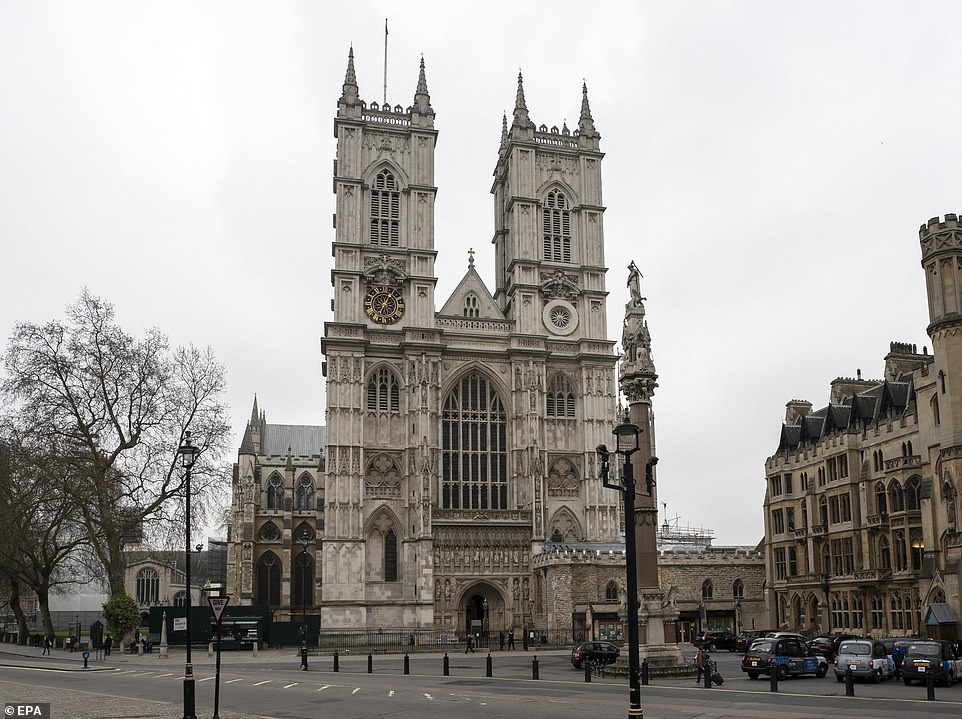 It is understood that the Queen – who also contracted Covid last month – is still determined to attend Philip’s memorial and may even have been ‘pacing herself’ in public so that she can.

There has been concern in royal circles about the Queen’s deteriorating mobility, particularly when it comes to more physically demanding public appearances.

On March 7, she met with Canadian Prime Minister Justin Trudeau at Windsor Castle, her first in-person meeting since recovering from Covid.

Both Mr Trudeau and other sources have since confirmed that she appeared in good health and was on ‘typically excellent form’ and not using her walking stick.

Another source who saw her at Sandringham last month also confirmed that the Queen appeared to be ‘bright, alert and walking relatively unencumbered’.

But insiders acknowledge that, like any woman of her great age, the Queen has ‘good days – and less good days, as you would expect’. One said: ‘It’s just worth stressing, again, that she is 95.’

HRH the Prince Philip, Duke of Edinburgh: A Service of Thanksgiving is on BBC One at 10.30am next Tuesday

How To Dress And Look Expensive On A Budget | Luxury Activist 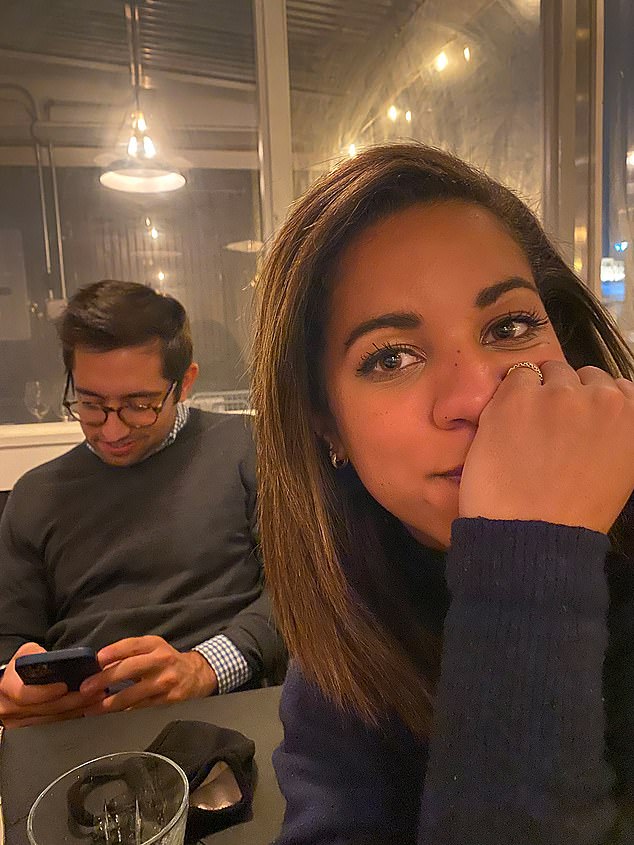 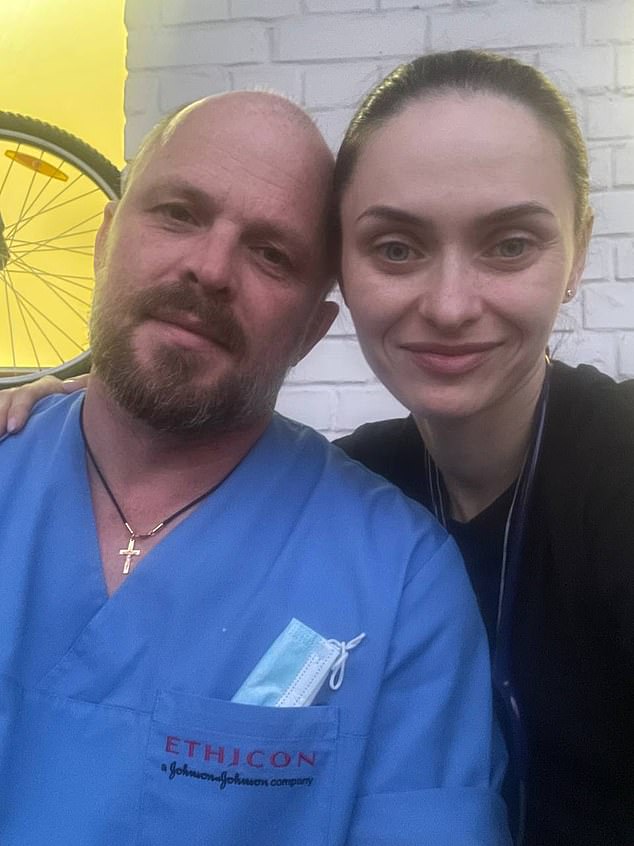 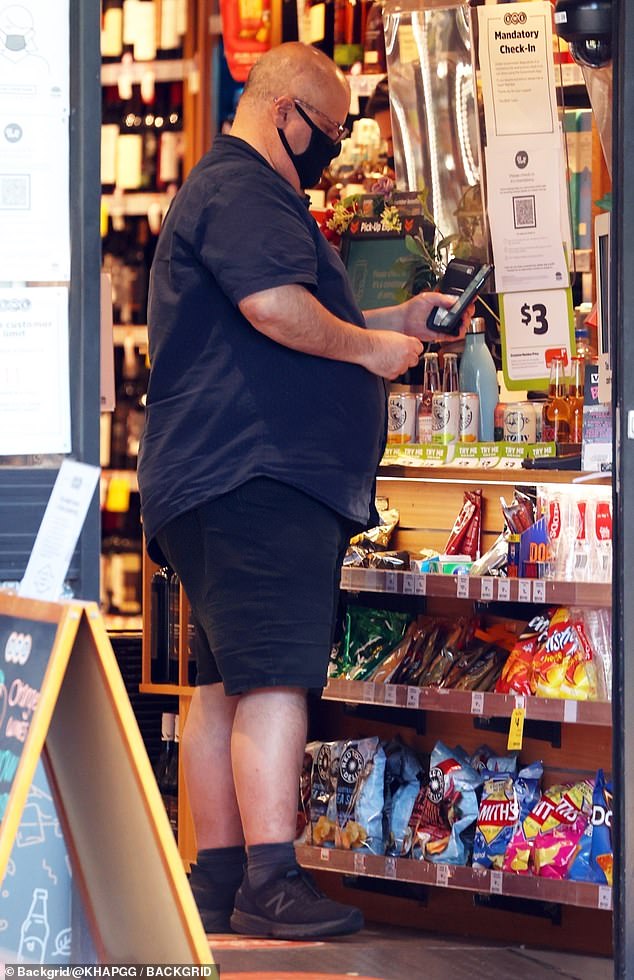 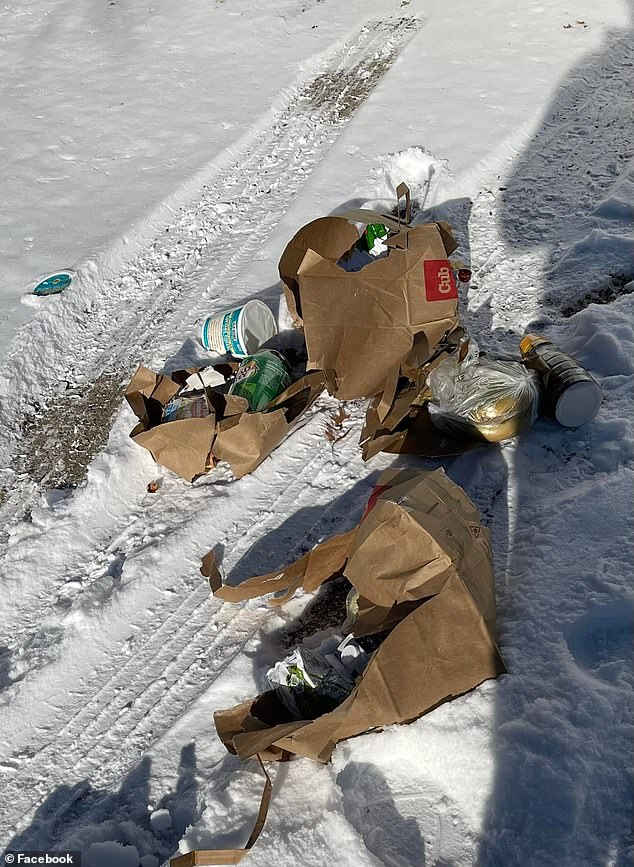