Princess Eugenie may be called upon to act as peacemaker between the Royal Family and the Sussexes – despite Prince Harry’s apparent disdain for her father.

The Duchess of Sussex was also reported to be ‘troubled’ by Prince Andrew’s disastrous Newsnight interview with Emily Maitlis in November 2019 about the scandal.

But informed sources believe the best hope of a Windsor reconciliation after the Oprah Winfrey interview lies with Eugenie, 30, who was friends with Meghan before she met Harry.

The Princess and her then boyfriend, Jack Brooksbank, were at a party in Soho House in Toronto in 2016 when Harry and the Suits star were first seen together. Eugenie was instrumental in keeping their relationship secret.

Sources believe other members of the York family may also be able to restore unity. When Meghan referred to the Duchess of York as ‘Fergie’ during her tell-all interview last week, it hinted at a friendship that would have surprised many viewers.

Recalling her first meeting with the Queen at Royal Lodge in Windsor, the home of Prince Andrew and Sarah Ferguson, Meghan said: ‘There wasn’t a huge formality. We were going for lunch at Royal Lodge… where other members of the family live, specifically Andrew and Fergie, and Eugenie and Beatrice would spend a lot of time there.

‘Eugenie and I had known each other before I knew Harry, so that was comfortable and it turned out the Queen was finishing a church service in Windsor and so she was going to be at the house.

Fergie ran out and said, “Are you ready? Do you know how to curtsey?” ’ 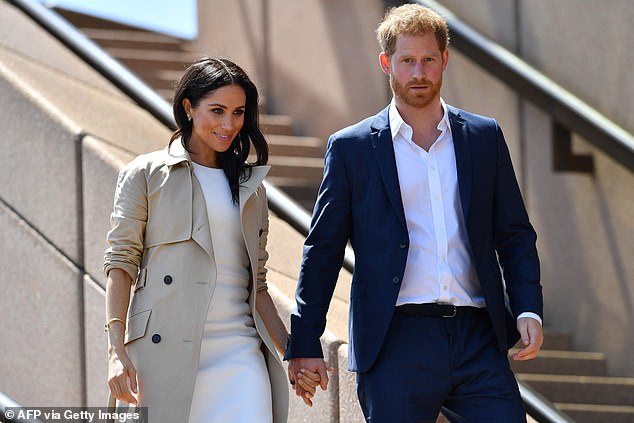 Eugenie and Jack, who married in October 2018, now live with their son, August, in Frogmore Cottage, the house on the Windsor estate renovated by the Sussexes before they emigrated to North America.

Given the close friendship, it may have come as a blow to the Yorks when ‘a source close to Meghan’ started to distance the Duchess from Prince Andrew in public.

Meghan was said to be ‘troubled’ by the Newsnight interview, in which Prince Andrew denied claims that he slept with Jeffrey Epstein’s aide Virginia Giuffre on three separate occasions.

The source told The Daily Telegraph: ‘[Prince Andrew’s] interview left everyone watching it wanting to curl under a table. It just got worse and worse and worse.’

Moreover, those close to the Sussexes have said it seems ‘unfair’ to let Andrew keep his honorary military titles despite stepping down from Royal duties in disgrace while Harry has been stripped of his.

A source close to Eugenie told The Mail on Sunday: ‘Princess Eugenie and Jack enjoy the support and friendship of all their cousins and the wider extended family.

The Sussexes opened up their home, Frogmore Cottage, as a place for Princess Eugenie and Jack to start their family life during the lockdowns and they remain close friends.’

In the wake of the Newsnight interview and a backlash over an apparent lack of sympathy for the victims of US serial paedophile Epstein, Andrew announced in November 2019 he was stepping back from Royal duties for the ‘foreseeable future’ because the scandal had become a ‘major disruption’ to the Royal Family. 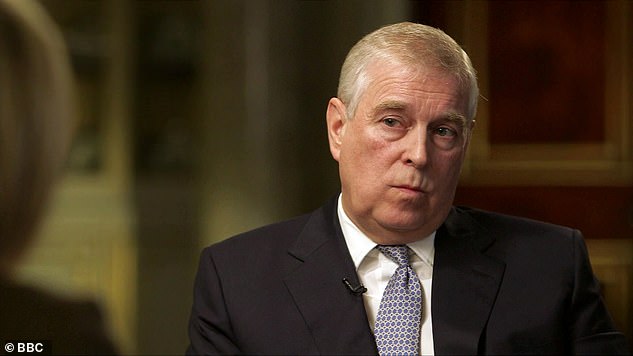 Meghan was said to be ‘troubled’ by the Newsnight interview, in which Prince Andrew denied claims that he slept with Jeffrey Epstein’s aide Virginia Giuffre

A source close to the Prince, who has always denied wrongdoing but says he regrets continuing his association with Epstein after the financier was convicted of child sex crimes in 2008, said his military titles ‘remain in abeyance until… the legal process in the US has been resolved’.

Meghan and Sarah Ferguson, both outsiders who married into the Royal Family only to find the reality different from their expectations, now have something else in common – Oprah.

In her own interview in 1996, Fergie told the US chat show host that she had been put in her place by courtiers who reprimanded her for opening palace windows.

She said: ‘You fell in love and married a man, and then you have to come to terms with the fairytale. Now it’s not a fairy tale, it’s real life.’

Twenty-five years on, her daughter might have a starring role in reuniting the fractured Windsors.

Is Meghan Markle already preparing a bid to be America's first woman President? 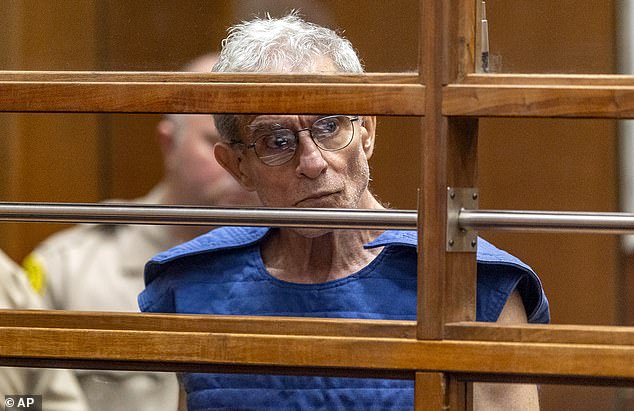 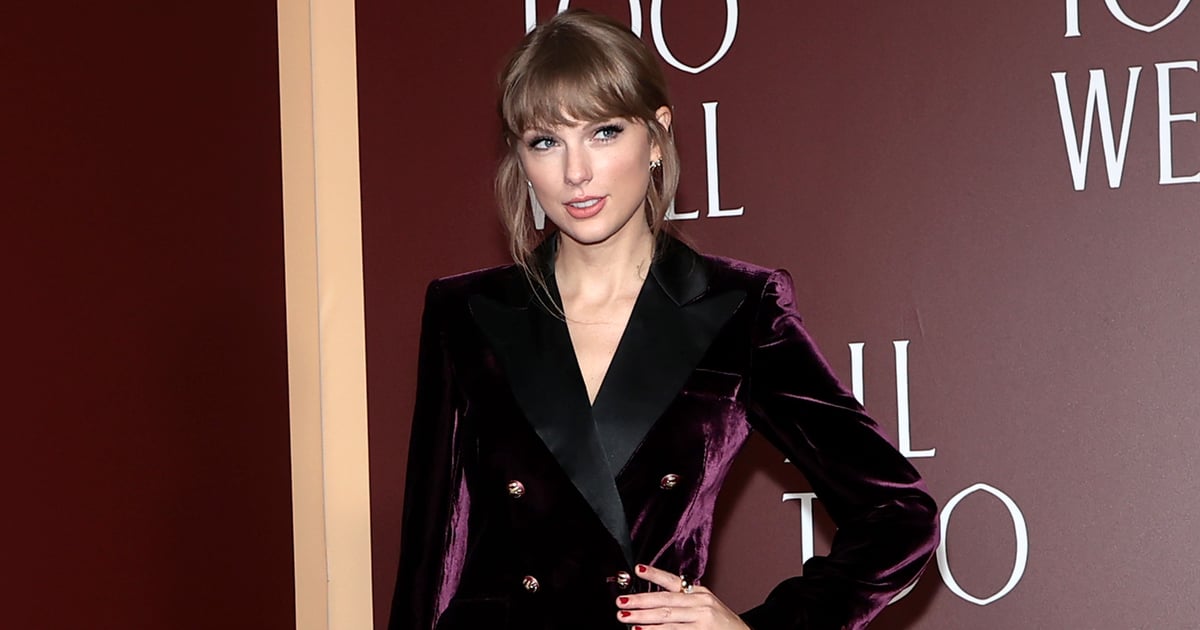 Who’s the Actress in the Bathroom in Taylor Swift’s “All Too Well”? We Have Theories 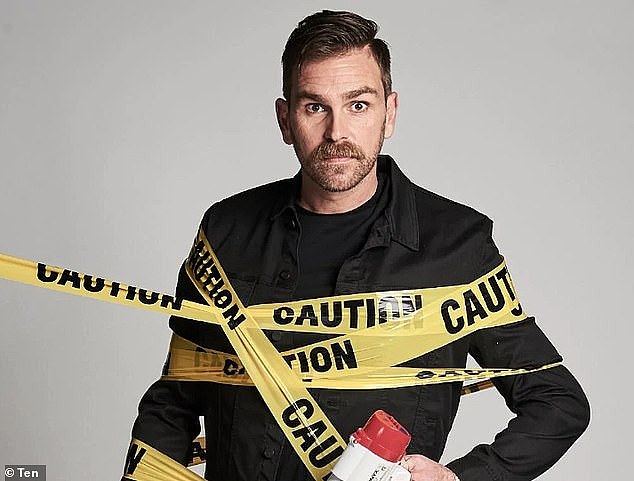 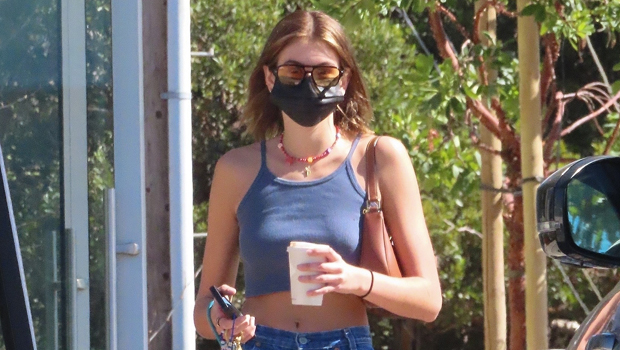 Grace Kelly, daughter of coach Brian Kelly, said she is ‘booed on her way to class at Notre Dame
49 mins ago