Prince Philip today began his second full day at a specialist cardiac centre at St Bart’s after 14 days at nearby by King Edward VII hospital due to an infection.

The 99-year-old is now receiving continuing treatment for an infection, as well as ‘testing and observation’ for a pre-existing heart condition, Buckingham Palace said.

The Queen, who is being kept regularly updated about her husband’s condition, will not be permitted to visit him at St Bart’s and is thought to be unlikely to see him until he leaves.

This is because visitors are currently excluded apart from a handful of ‘exceptional’ circumstances, including end of life. 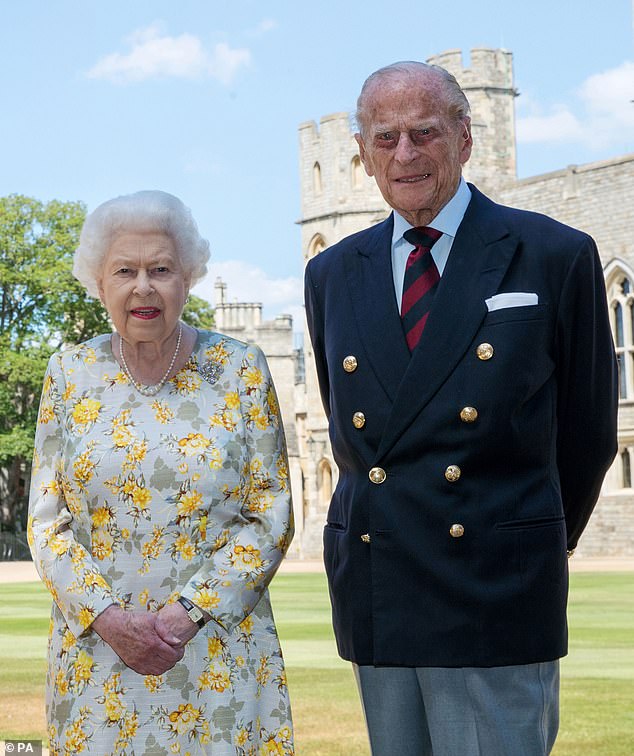 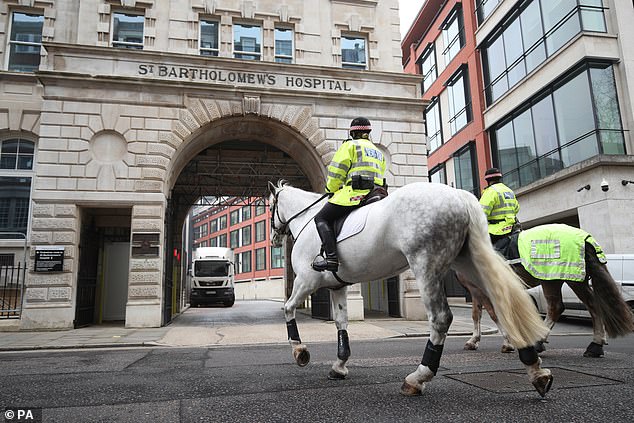 She did not visit him at King Edward VII’s Hospital as she is always reluctant to cause disruption to any hospital’s vital work and knows her presence would place unnecessary pressure on staff at the best of times.

It means the Queen will have been parted from her husband of 73 years for at least three weeks.

St Bart’s said while they know it is difficult for patients and their families ‘our first duty is to the patients we serve, and to maintain their safety at all times we need to control visiting’. 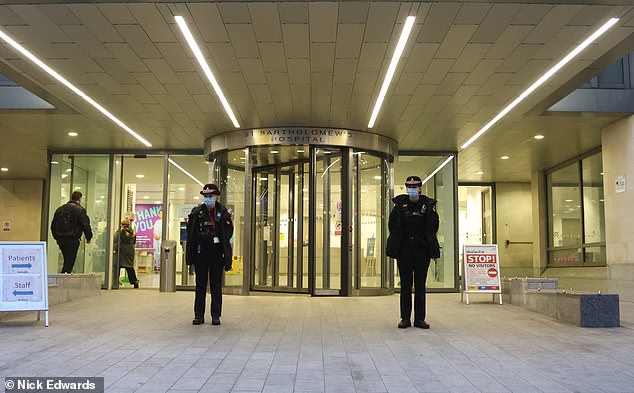 The Queen, who is being kept regularly updated about her husband’s condition, will not be permitted to visit him at St Bart’s and is thought to be unlikely to see him until he leaves

It adds: ‘We are only allowing visitors in exceptional circumstances. We understand that having a family member in hospital is distressing, and we work closely with relatives and friends to ease their concerns and find alternative ways of keeping in touch.’

Buckingham Palace announced on Monday that Philip had been transferred to St Bart’s for continuing treatment for an infection, as well as ‘testing and observation’ for a pre-existing heart condition.

Although he remains comfortable and responding to treatment, they said, he will remain in hospital until at least the end of the week.

This is the longest amount of time he has spent in hospital since June 2013 when he had an exploratory operation on his abdomen.

Members of the Royal Family had recently been speaking out about his stay for treatment.

His son Prince Edward said last week Philip was ‘a lot better’ but ‘looking forward to getting out’ with the Royal Family were keeping their ‘fingers crossed’.

The Earl of Wessex was asked about his father by Sky News’ royal correspondent Rhiannon Mills, while she was filming a separate interview with him his Bagshot Park home in Surrey.

He replied: ‘He’s a lot better, thank you very much indeed, and he’s looking forward to getting out, which is the most positive thing, so we keep our fingers crossed.’ 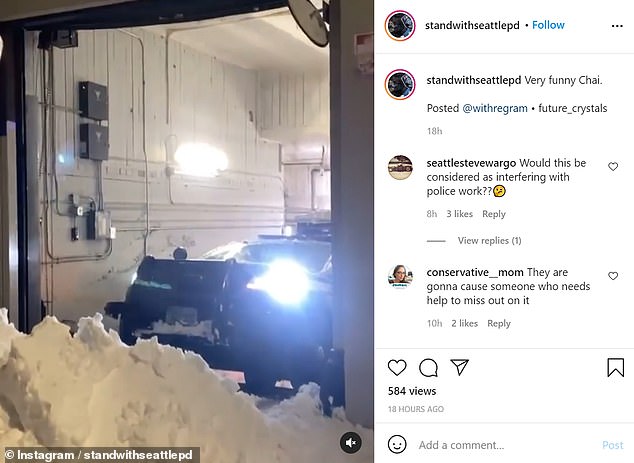 Winter of discontent: Protesters in Seattle barricade a police precinct with SNOW 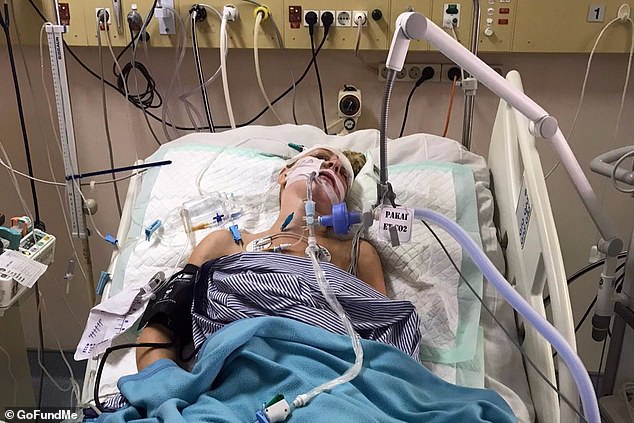 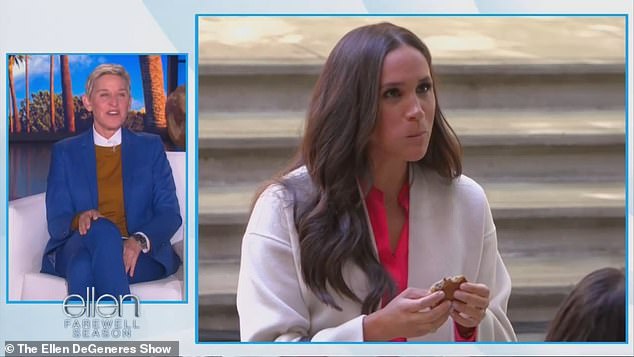 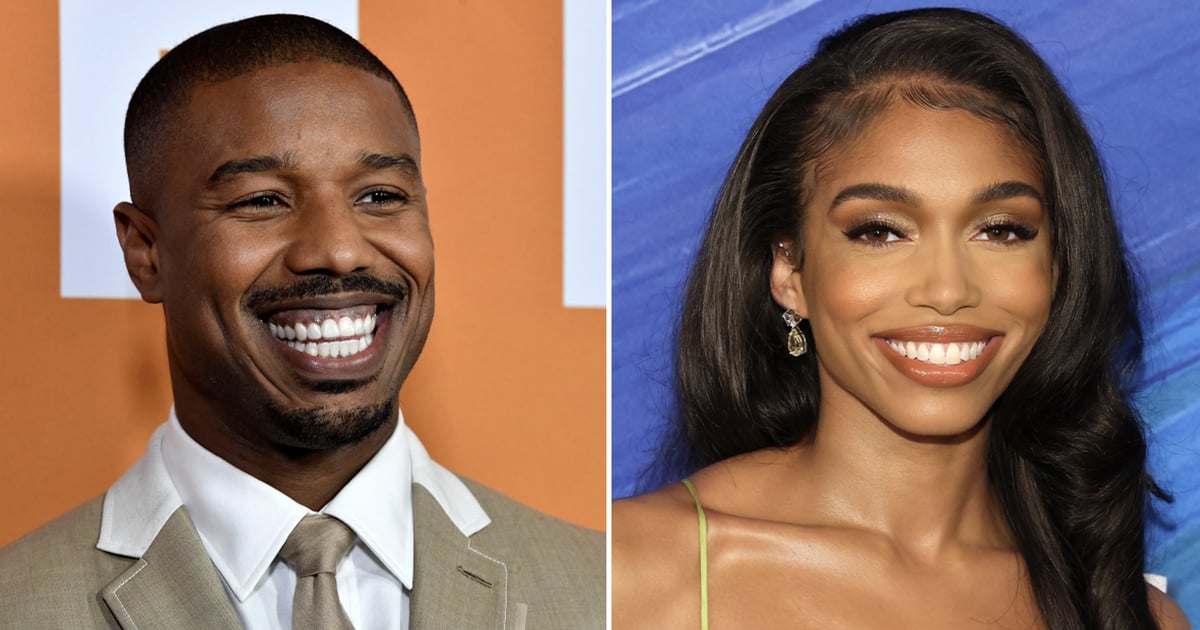 Try Not to Cry as Michael B. Jordan Gushes About Lori Harvey: “I Finally Found What Love Was”