Prince Andrew is holding crisis talks with his family and advisers over Virginia Roberts’s bombshell sex abuse lawsuit after a ‘disastrous’ week trying to fight the damning allegations – including the Duke of York’s flight to the Balmoral estate.

Royal insiders have claimed there may have been a ‘lack of communication and cohesion’ between Andrew’s UK legal team and newly appointed US lawyer about how to move forwards.

And there is apparently deep concern at the way the duke’s well-paid advisers on both sides of the Atlantic have been ‘outwitted and out-played’ at every turn in recent days by David Boies, the street-smart attorney employed by his accuser Virginia Roberts, now Giuffre.

Their attempts to avoid even having papers officially served have been both a legal and a public relations disaster, with Andrew appearing to play a game of ‘cat and mouse’ with Ms Giuffre’s legal team as he moves between Windsor and Balmoral to keep out of their way.

Lawyers for Ms Guiffre – a sex trafficking victim of paedophile financier Jeffrey Epstein, a former friend of the senior royal – said they had delivered papers notifying him about the civil court sex case to his 30-room mansion at Royal Lodge in Windsor Great Park.

They claimed that the documents were left with police guards at his Windsor home and emailed to his lawyers – and even released a photograph showing that papers notifying him about the case were posted to his home. Andrew disputes that they have been properly served.

Even Judge Lewis Kaplan, who is set to rule on Miss Roberts’s claims of rape, sexual assault and battery, which Andrew has always firmly denied, told his attorney, Andrew B. Brettler, last week: ‘Let’s cut out all the technicalities and get to the substance.’

Prince Andrew is considering whether to continue with his legal team as concerns grow about how they have handled the Virginia Roberts lawsuit. Pictured: Andrew at the Balmoral Estate 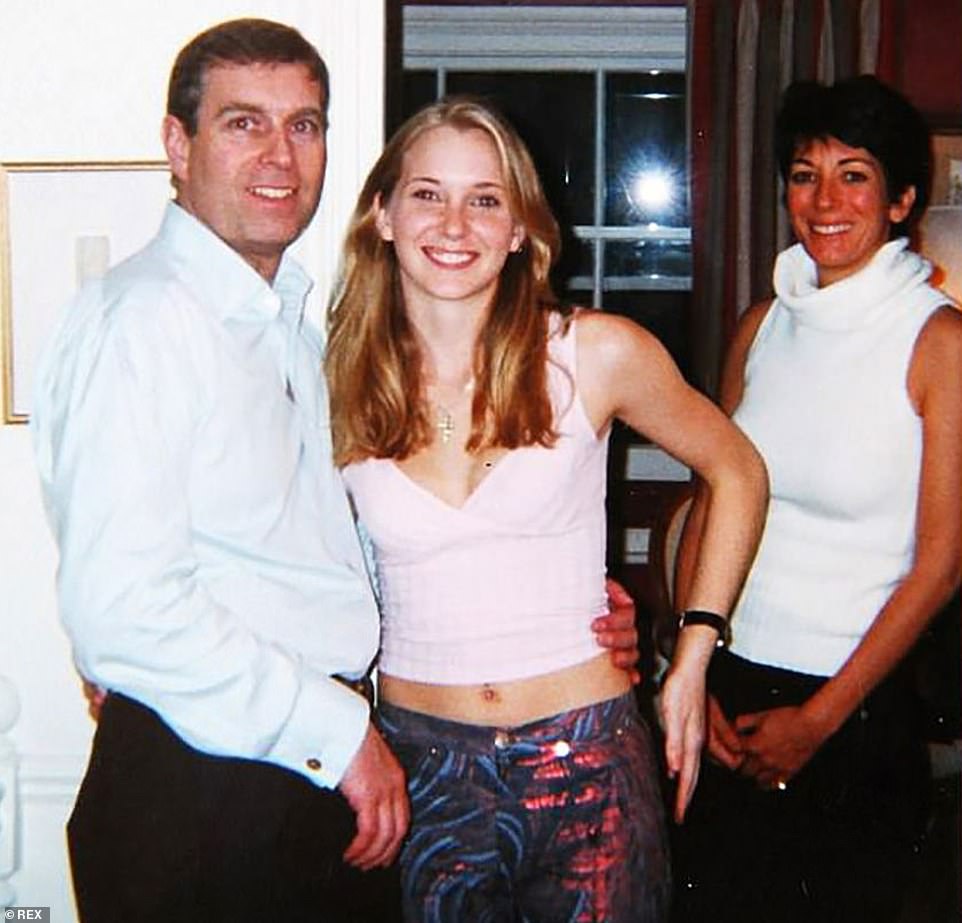 Prince Andrew, Virginia Roberts, then 17, and Ghislaine Maxwell pictured in London in 2001

Sources say they think Andrew may be considering whether to continue to instruct his legal team at London-based Blackfords, who have been working on his defence for the past 18 months.

They are led by Gary Bloxsome, whose decision to insist on a wall of silence against Miss Roberts’s claims has been widely questioned. One insider said: ‘It could be very counter-productive to change horses at this stage.’

But another source close to the duke warned: ‘The decision not to put out any kind of statement, even just to reiterate his denial of the allegations, has seen his reputation shredded in the court of public opinion.

‘I think it’s highly likely we could see some movement on the duke’s strategy at least in the next few days.’

A further New York court hearing is due on October 13.

It comes amid reports that Andrew could be leaving Balmoral to see his pregnant daughter Beatrice after she was apparently admitted to a London hospital on Friday.

The Queen’s granddaughter, 33, is expecting her first baby with Italian husband Edoardo Mapelli Mozzi, 38, who she wed in a surprise Covid-safe ceremony at the Royal Chapel of All Saints last year.

Her father Andrew, who has been in hiding for some time on the 50,000-acre royal estate in Aberdeenshire, is now likely to make the 500-mile trip back to London to see Beatrice, according to The Sun.

A Balmoral insider told the paper: ‘Prince Andrew obviously hasn’t wanted to leave Balmoral when lawyers are still trying to serve the lawsuit papers but his daughter comes first and he will want to be there for her.

‘He could end up staying on the estate and waiting for Beatrice to come to him once she’s given birth. But I’m sure he will want to go to her.’

Royal aides fear the duke’s ‘wall of silence’ strategy towards the sex abuse lawsuit is increasingly damaging the monarchy, with insiders admitting the prince is ‘stressed’ and ‘worried’ as the pressure to respond to the bombshell allegations mounts.

It comes as the High Court last week gave Andrew’s legal team seven days to challenge its decision to begin notifying him about the civil sex case in New York against him.

A royal source told the Telegraph: ‘There is growing disquiet over the advice being given to the Duke by his London legal team in the face of this potentially highly damaging lawsuit which also has wider reputational implications for the institution of the monarchy.

‘The legal team’s wall of silence and policy of evasion only adds to the impression [that] the Duke has something to hide and there is widespread concern that things have been allowed to get to this point.’

Andrew hired Gary Bloxsome, a UK criminal defence solicitor, in early 2020, just weeks after his car-crash Newsnight interview, in which he failed to show any empathy for Epstein’s victims or regret over their friendship.

The pair are understood to have been introduced by a mutual friend, and Mr Bloxsome’s initial brief was to fend off an FBI inquiry into his friendship with Epstein.

The Telegraph reports that the decision not to fully engage with the legal process saw US prosecutors publicly humiliate the duke, announcing on camera that he had provided ‘zero co-operation’. 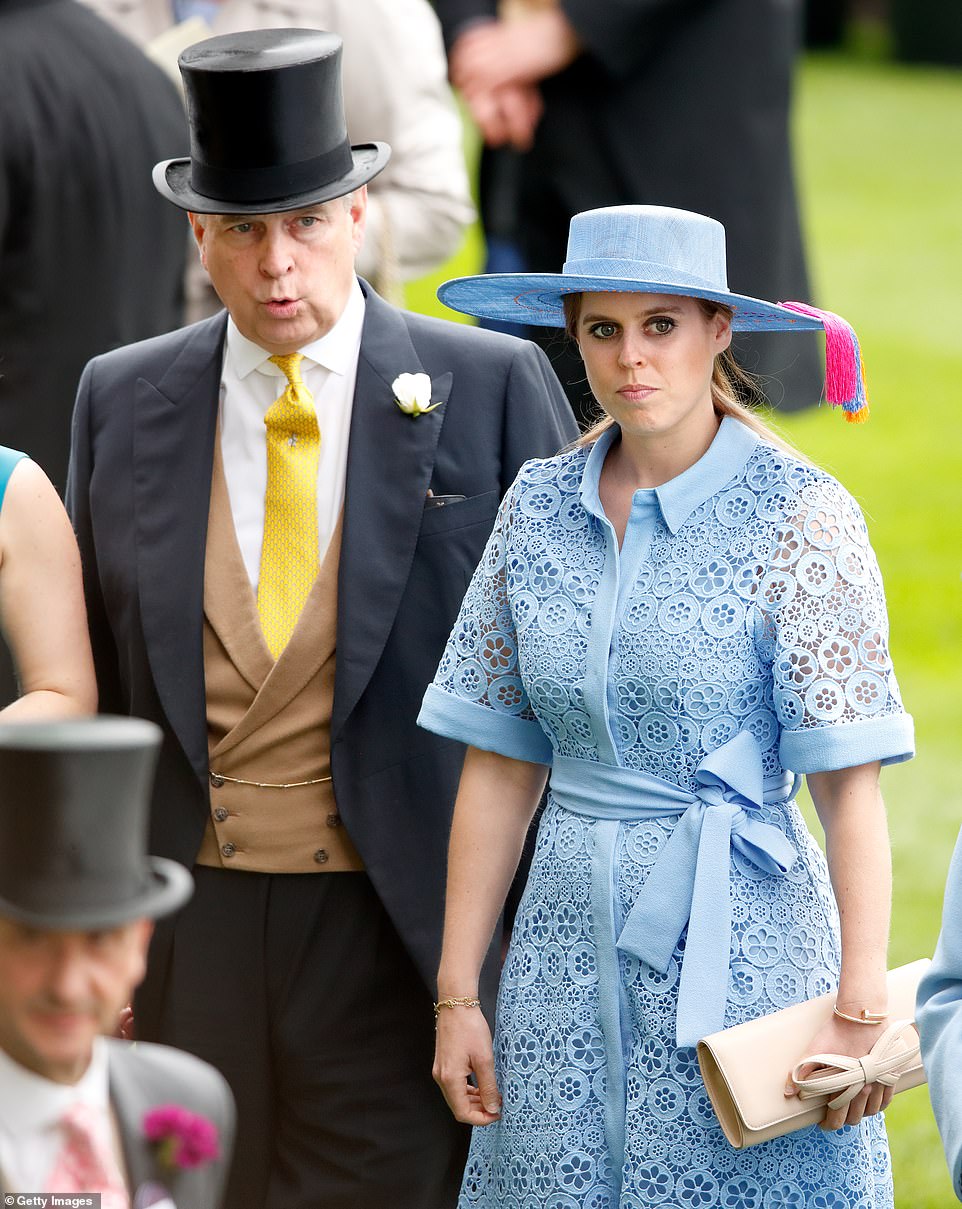 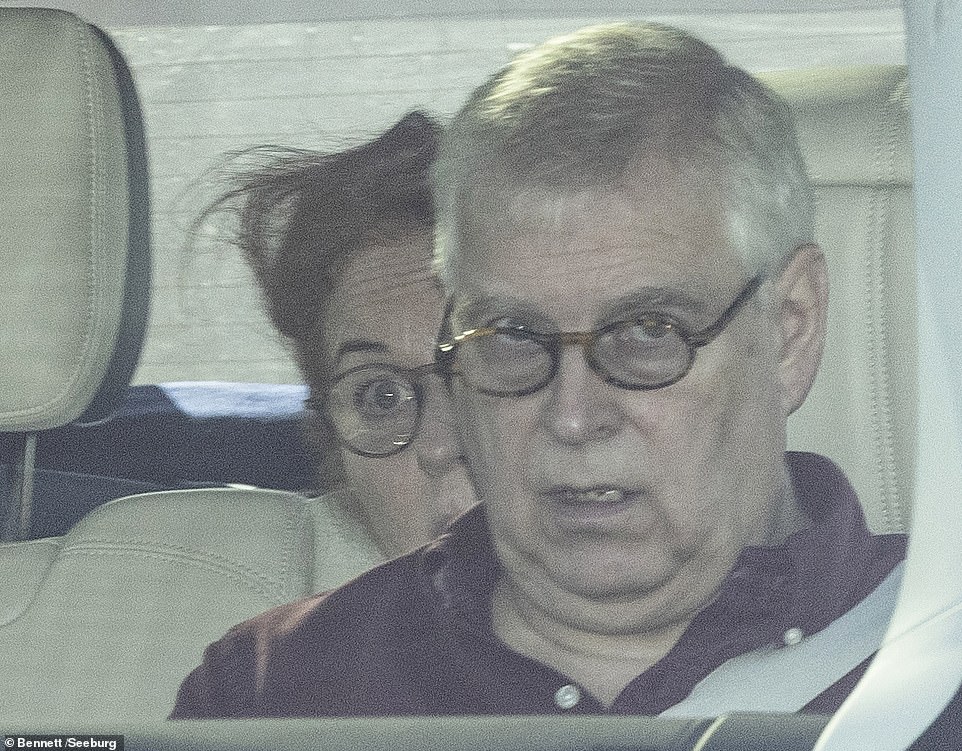 A US judge has dealt another blow to Prince Andrew ‘s bid to dodge being served sex abuse legal papers by saying they can be given to his LA based lawyers instead.

He said Virginia Giuffre’s plan to deliver them to his US lawyer was ‘reasonably calculated to bring the papers served to the defendant’s attention’.

District Judge Lewis Kaplan in Manhattan it did not matter whether the Duke of York ‘authorised’ the lawyer to accept them.

The lawyer, Andrew Brettler, had no immediate comment and Ms Giuffre’s lawyers did not immediately respond to requests for comment.

Mr Kaplan ruled barely six hours after Ms Giuffre formally requested his intervention, with her lawyers saying ‘service is not intended to be a game of hide and seek behind palace walls.’

Earlier the Prince had challenged a High Court ruling that he can be served with papers in his US sex case.

In what was being seen as another delaying tactic by the duke, his legal team said it would look to overturn the decision on a legal technicality.

It comes as the Prince’s mood has reportedly changed over the past few days and he has become ‘worried’ and is ‘not his usual blasé self’.

Mr Bloxsome appears to have adopted a strategy of non-engagement in the face of the allegations, presumably convinced that the repeated requests for Andrew’s contribution would eventually fade.

The court in London accepted on Wednesday a request by Ms Giuffre’s lawyers to formally contact the duke about the legal proceedings launched in the US.

Andrew’s team are said to be contesting the court’s decision, over the lawsuit by Ms Giuffre who alleges the Queen’s son sexually assaulted her when she was a teenager.

Ms Giuffre is seeking unspecified damages but there is speculation the sum could be in the millions of dollars.

She claims she was trafficked by Andrew’s former friend and sex offender Epstein to have sex with the duke when she was aged 17 and a minor under US law.

The judge in the case, US district judge Lewis Kaplan, has ruled that Ms Giuffre’s legal team can try delivering the papers to Andrew’s LA-based lawyer, regardless of whether the duke authorised him to accept it.

Ms Giuffre’s lawyers have said the service of the papers ‘is not intended to be a game of hide and seek behind palace walls.’

Andrew, who is currently at Balmoral with the Queen, has repeatedly denied the allegations.

The High Court said in a statement: ‘Lawyers for Prince Andrew have indicated that they may seek to challenge the decision of the High Court to recognise the validity of the Hague Convention request for service made by Ms Giuffre’s lawyers.

‘The High Court has directed that any challenge must be made by close of business on September 24.’

The issue of whether or not Andrew has been notified about the case – known as service of proceedings – was contested during the first pre-trial hearing of the civil case on Monday in New York.

David Boies, representing Ms Giuffre, said papers had been ‘delivered to the last known address of the defendant’ and documents had also been sent ‘by Royal Mail’.

Andrew B Brettler, the duke’s attorney, said the royal’s team contested the validity of service to date, adding he has not been properly served under either UK or international law.

Under the Hague Service Convention, a treaty that governs requests between countries for evidence in civil or commercial matters, Ms Giuffre’s legal team can ask the High Court in London to formally notify Andrew about her civil action.

Court papers filed in New York show Andrew’s lawyers want to argue over the definition of a ‘judicial officer’, in a possible indication of how he plans to concede no ground in the civil case against him.

In the court claim filed under her married name, Ms Giuffre alleges she was trafficked to the duke by Epstein and is claiming damages for rape, sexual assault and battery.

Andrew’s high-powered legal team claim that Ms Giuffre’s attorneys do not have the authority to approach the High Court, which this week said it would serve the case papers on the prince if the two sides failed to agree it themselves. 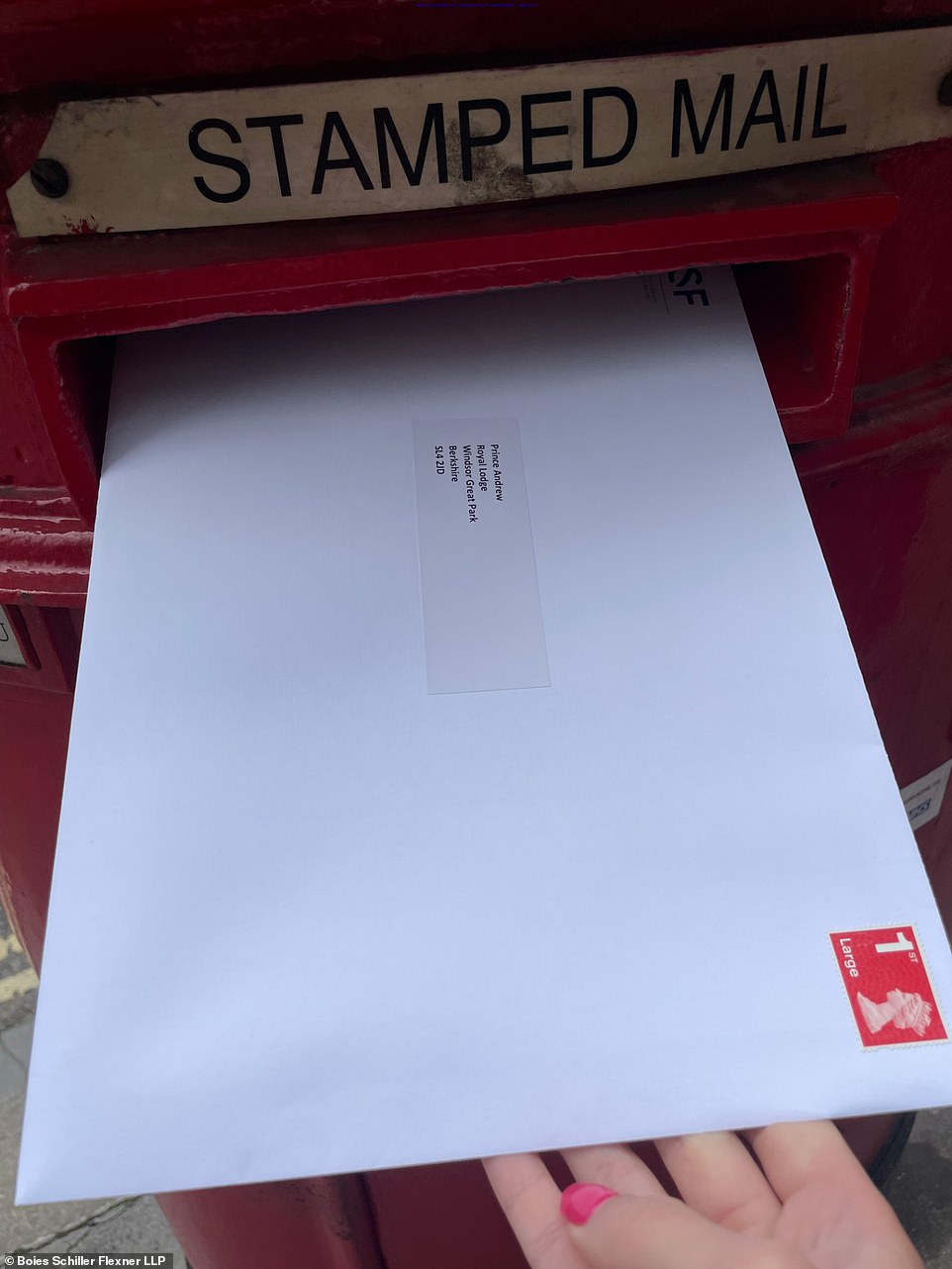 Andrew’s side have argued that Mr Boies is not a ‘judicial, consular or diplomatic officer’ of the US.

The London court originally agreed with the duke before changing its decision following representations by his opponents, Boies Schiller Flexner (BSF), who cited US law.

But Mr Bloxsome, acting for Andrew, wrote to Senior Master Barbara Fontaine within hours on Wednesday, saying: ‘We contend that your original decision of 14 September 2021 to reject BSF’s direct request was correct, and your subsequent decision of 15 September 2021 is wrong.

‘We ask that the original decision be restored, and the reasons communicated promptly to BSF.’

The judge said she would not ‘determine this disputed issue by email’ and ordered Andrew to file a proper legal application, which could result in an appeal being heard in court.

The paperwork has already been left with police guards at Andrew’s Windsor home, Royal Lodge, and emailed to his lawyers but he disputes that they have properly been served upon him. 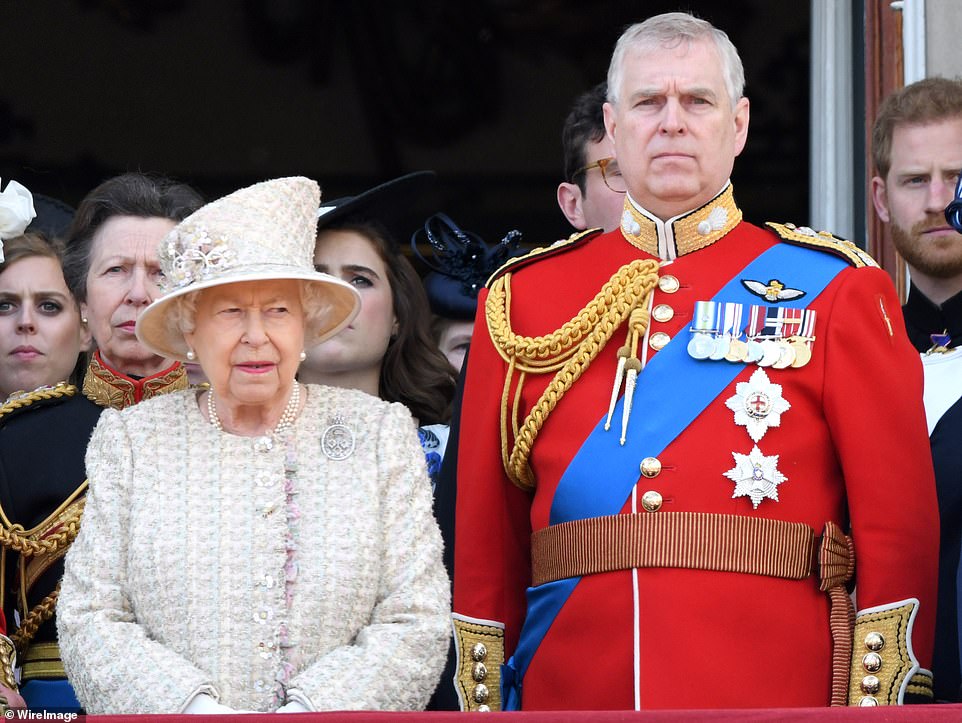 Her side accused him of trying to dodge the case by arguing against service while at the same time looking to build up his defence by asking for a copy of the deal.

In the court papers, they wrote: ‘Prince Andrew is both actively evading service of Ms Giuffre’s claims… while at the same time attempting to avail himself of discovery in order to aid his defence.’

Andrew also plans to argue that a financial settlement Ms Giuffre signed with Epstein in 2009 precludes her from bringing a legal action against him.

But the duke’s hopes of getting the Epstein deal unsealed quickly suffered a blow when a judge ruled it would stay under wraps for now.

Last month, Ms Giuffre agreed to drop a claim for sexual assault against US lawyer Alan Dershowitz as a result of the settlement. Mr Dershowitz has strenuously denied her claims.

He has since lodged a request to have the original agreement unsealed, as he believes it may help to get the case against Andrew also thrown out.

But Judge Loretta A Preska, a senior US district judge, denied his application, saying that Dershowitz’s claim had ‘no basis’. 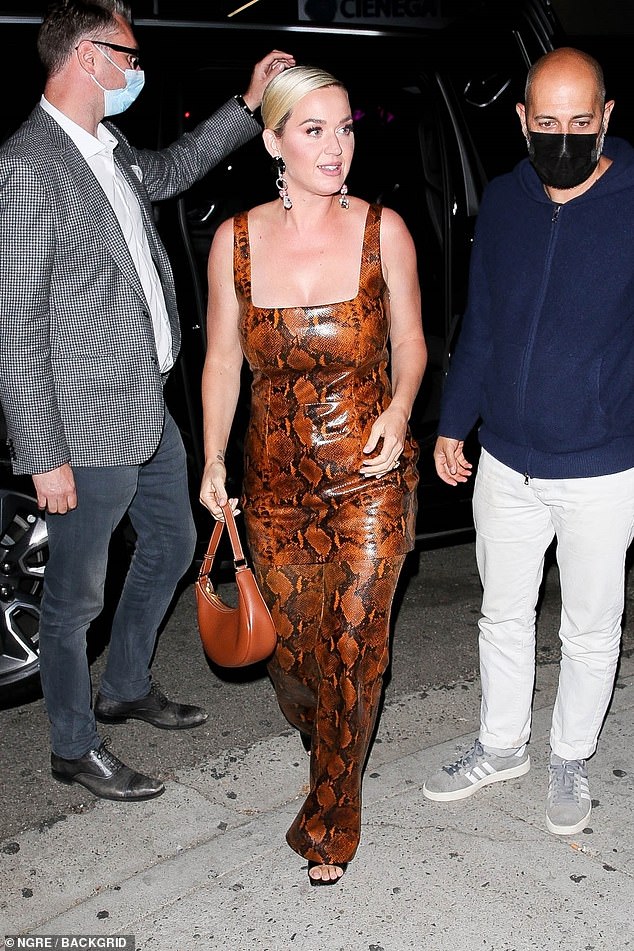 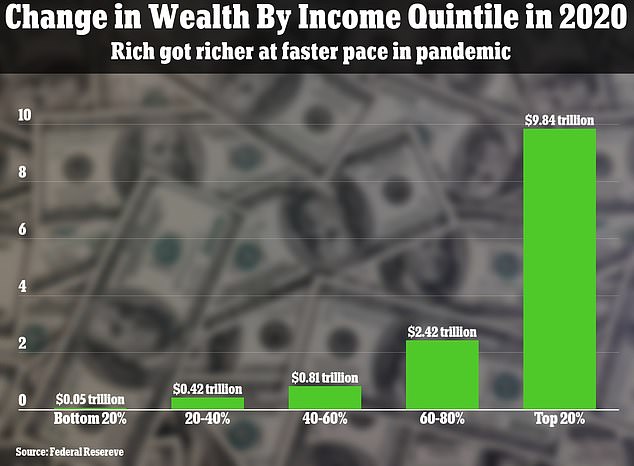 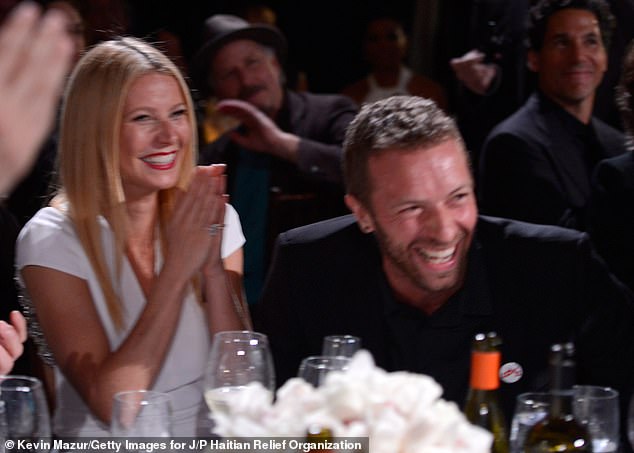