Police officers investigating the disappearance of Sarm Heslop in the US Virgin Islands are now looking into whether she ever returned to her American boyfriend’s boat.

Heslop, 41, from Southampton, Hampshire, vanished without a trace on March 7 after she and Ryan Bane, 44, had drinks in Frank’s Bay, St. John.

Bane told investigators they had returned to his catamaran that night and he awoke in the early hours to find his girlfriend gone.

A huge manhunt was launched and is yet to turn up any clues as to Heslop’s whereabouts while Bane, who went to jail for attacking his ex-wife, has refused to let investigators search his boat Siren Song.

In the search for answers, police are trawling through CCTV from the island to trace Ms Heslop’s movements that night to verify his story, The Telegraph reports. 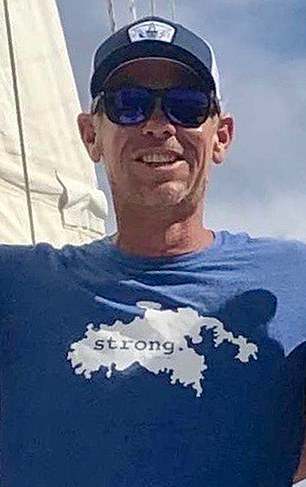 Detectives are reportedly searching through CCTV footage on the island of St. John to verify Ryan Bane’s (right) account that he and his girlfriend Sarm Heslop (left) returned to his boat on the night she disappeared on March 7 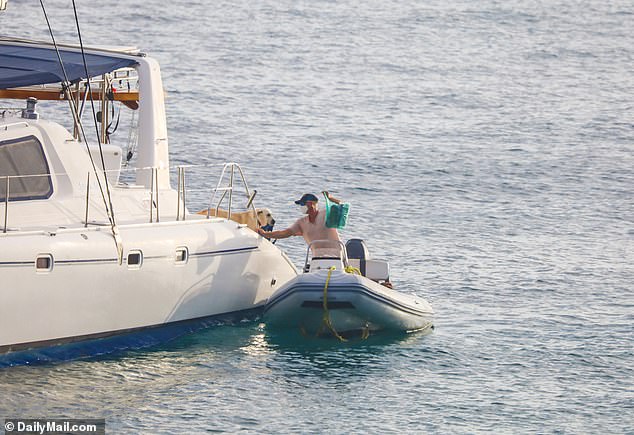 Bane was last seen Wednesday afternoon (above) returning to his boat. Federal agents have chartered a boat to try to track him down, after he disappeared Thursday from St. John where his luxury yacht had been anchored for several weeks

The latest development comes as it was revealed yesterday the FBI has launched a hunt for Ms Heslop’s boyfriend after he sailed away from the US Virgin Islands on Thursday.

Tony Derima, a spokesman for the Virgin Islands Police Department said: ‘Nothing so far actually confirms the couple went back to the yacht together that night.’

Officers are in the process of trying to verify Mr Bane’s account of events that night and attempting to confirm if Sarm was on the dinghy which returned to the luxury yacht that night.

Detectives are also reportedly planning to interview staff at 420 to Center, a dive bar popular with St. John locals, where the couple visited.

Federal agents have chartered a boat to try to track down Bane, 44, who disappeared Thursday from St. John where his luxury yacht had been anchored for several weeks, according to the New York Post.

Bane was last seen on Wednesday afternoon taking a dinghy to the shore before returning to his 47-ft catamaran with a plastic bag, sneakers and towels.

His yacht had been anchored at the same secluded spot in Frank Bay for weeks but was gone Thursday morning.

Authorities need a search warrant to board the $500,000 vessel but are yet to obtain one because Heslop’s disappearance has not been classified as a criminal inquiry. 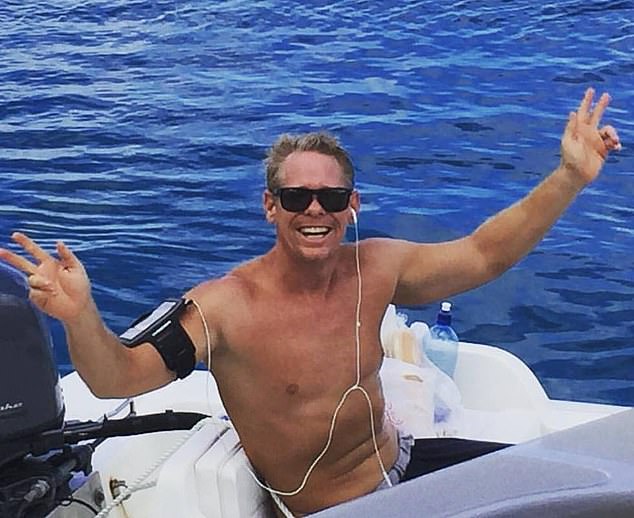 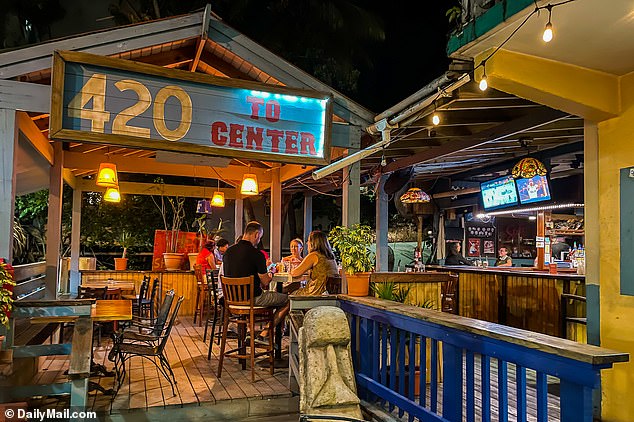 Detectives are also reportedly planning to interview staff at 420 to Center (pictured), a dive bar popular with St. John locals, where the couple visited

Heslop met Bane on Tinder eight months ago and traveled to the Caribbean to work as a cook on Siren Song, which he charters out for more than $2,000 a day.

According to friends the pair took their dinghy to Cruz Bay, the island’s main tourist hub, for dinner and drinks on March 7 to celebrate a successful charter.

Bane claimed he was woken up at 2am by an anchor alarm, which triggers an alert if the boat strays from its position, and found her gone.

Police say Bane was advised to ring the US Coast Guard but it later emerged they did not receive the SOS call until 11:46am – more than nine hours later.

Coast Guards boarded Siren Song twice but when detectives asked to conduct a full forensic search Bane exercised his constitutional right to say no, reportedly on the advice of his attorney, David Cattie.

He was similarly reluctant to talk about the night Heslop vanished when DailyMail.com caught up with him on shore Wednesday, stonewalling our questions by saying ‘no comment’ four times.

While police confirmed they are scouring CCTV to understand whether Ms Heslop returned to the catamaran, DailyMail.com has learned of further possible stumbles in the inquiry relating to the video evidence.

A barman at 420 to Center confirmed to Detective Sergeant Richard Dominguez, a Virgin Islands-based FBI agent who is assisting the VIPD, that he saw the couple during his shift. 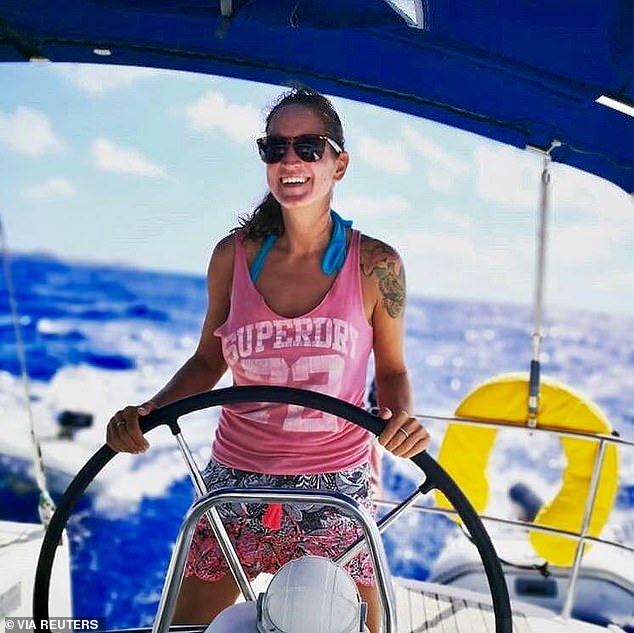 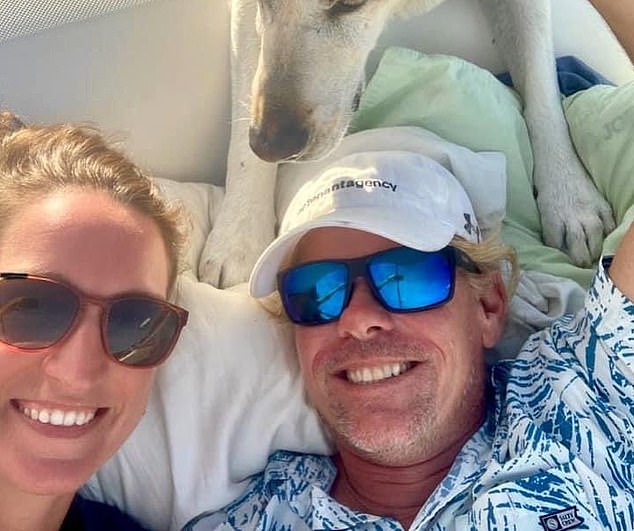 Bane claimed he was woken up at 2am by an anchor alarm, which triggers an alert if the boat strays from its position, and found Ms Heslop (pictured together) gone

In his initial conversations with the VIPD, Bane said he finished dinner and went straight back to his boat with Sarm at 10pm.

There are at least a dozen cameras overlooking the shoreline where the couple landed their dinghy and the 50-yard walk to 420 to Center.

However many of the devices are used to livestream footage of the beach to social media, capturing party scenes and pretty sunsets for marketing purposes, but not to record.

A handful of business owners do operate conventional security cameras that store data, typically anything from 48 hours to a month, depending on how they are configured. 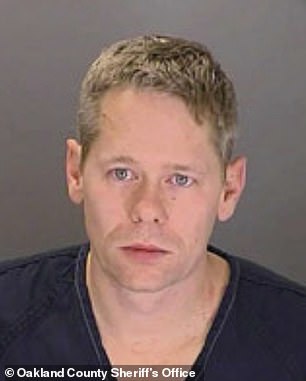 These include Sherry Compton, who told DailyMail.com she was surprised that law enforcement didn’t immediately come to her restaurant, Beach Bar, to ask for the hard drives.

‘I heard about what had happened the next day from social media but the police did not come and talk to us,’ she said.

‘The FBI agent came in four or five days after. He had a timeline and he needed the footage before it automatically deleted.’

Butcher told him there was nothing to look through because the livestreaming cameras weren’t set up to record and the owners were responsible for their own data.

That conversation took place between the evening of March 16 and the morning of March 17 – nine to 10 days after Heslop vanished.

‘Sadly that’s the Virgin Islands. It’s not First World. If it was me, if that was my wife, I would be disgusted,’ Butcher told DailyMail.com.

Derima said that the VIPD had obtained ‘hours of CCTV footage’ but he declined to comment on when exactly that was collected or whether anything had potentially been missed.

Earlier this week it was revealed that Bane served 21 days in jail in 2011 for attacking his ex-wife, Corie Stevenson, as they drove home from a wedding in Lake Orion, Michigan.

According to a police complaint he flew into a rage and dragged her out of the truck before smashing her head into the dining room floor, chipping one of her teeth.

‘Corie’s front right tooth had a chip out of it that appeared to be fresh,’ wrote Officer Vincent Lichok.

‘Her right ear lobe was bloody and scratched. Her right shoulder and the right side of her neck showed red scratches. Her right eyelid was scratched and red.’ 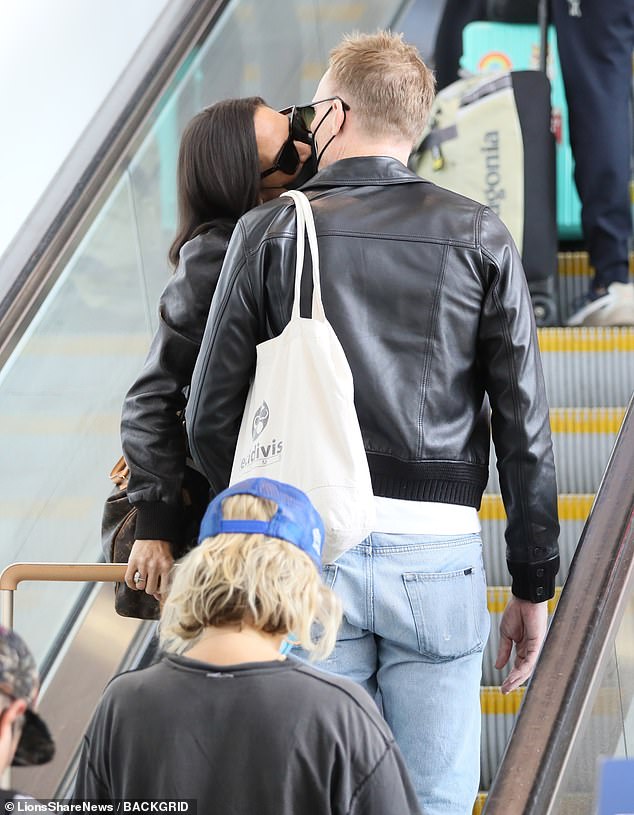 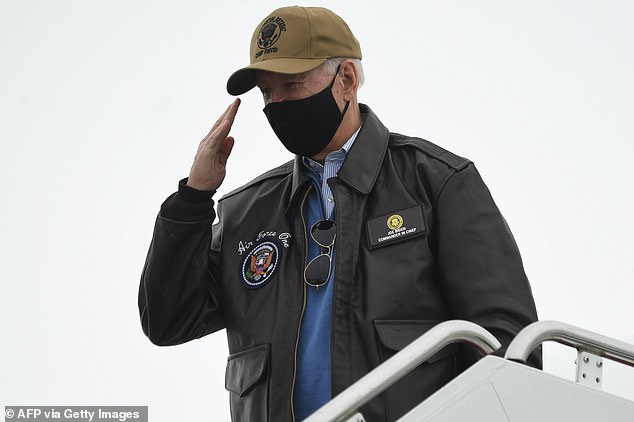 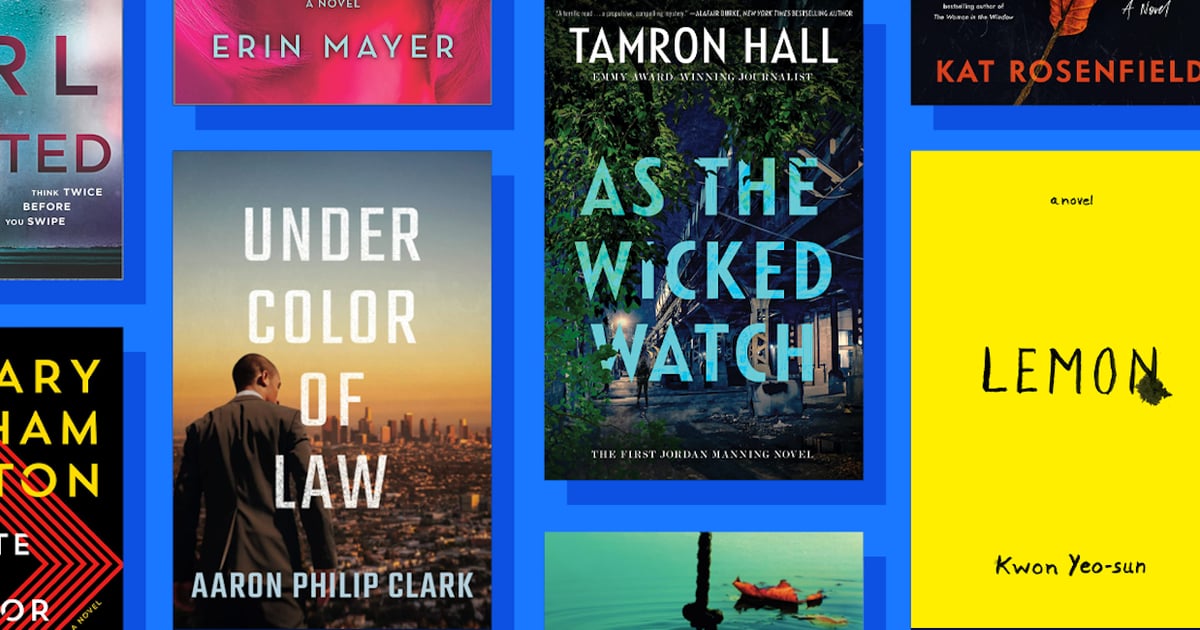 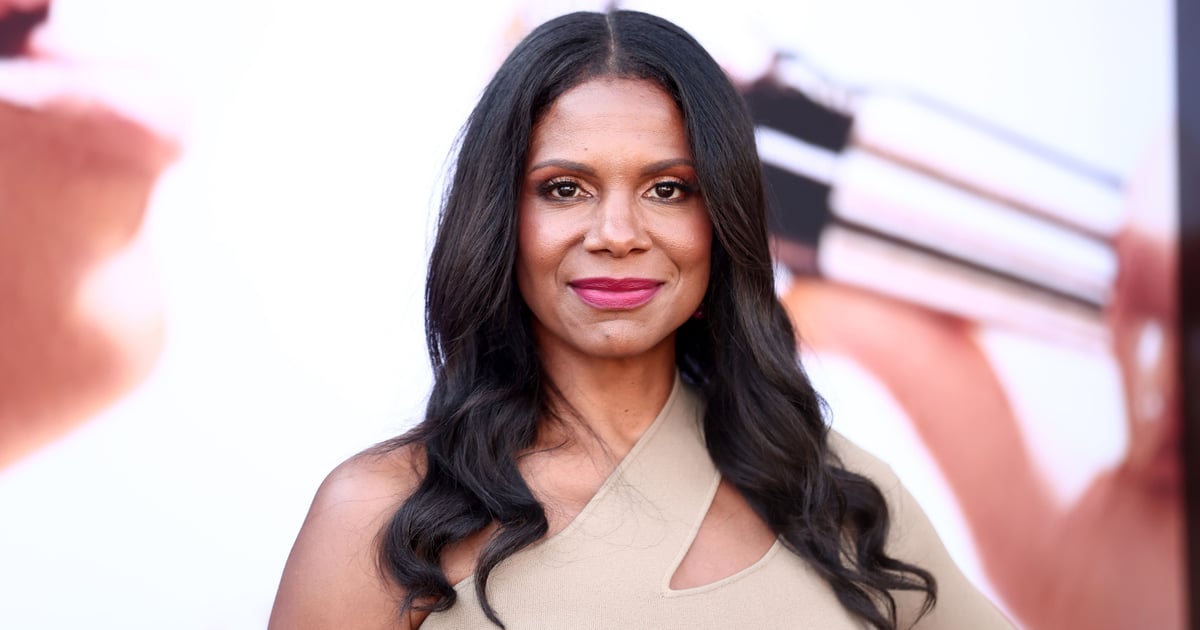 Ethics watchdog files a complaint against Jen Psaki
11 mins ago

Dylan Arnold, aka Theo on You, Has Fans Intrigued This Season
25 mins ago