Greta Thunberg has been upstaged by a new kid on the block who stole her thunder with an impassioned speech outside COP26.

The teenager campaigner listened in awe and then saw the 12-year-old climate change kid who has faced death threats in his home country in South America given a hero’s reception.

But unlike Greta who had launched a four-letter outburst, Francisco Vera Manzanares, 12, from Colombia, kept his pontifications clean.

Through an interpreter Francisco Vera Manzanares, 12, from Colombia said: ‘I’m an activist from Colombia. I’m 12 years old and I’ve created a movement with my friends and I defend the environment in Colombia’

He stood out from the crowd as he gave an impassioned speech about his reason for travelling to Glasgow during a fringe event at the climate change conference.

Thunberg, 18, looked on as he made his speech on the banks of the River Clyde at a ‘Fridays For Future’ rally to raise awareness for the plight of black and indigenous people affected by global warming.

With the city’s iconic Finnieston crane, a reminder of Glasgow’s industrial past, in the background, little Francisco, whose voice has yet to break, spoke of his reason for coming to Scotland. 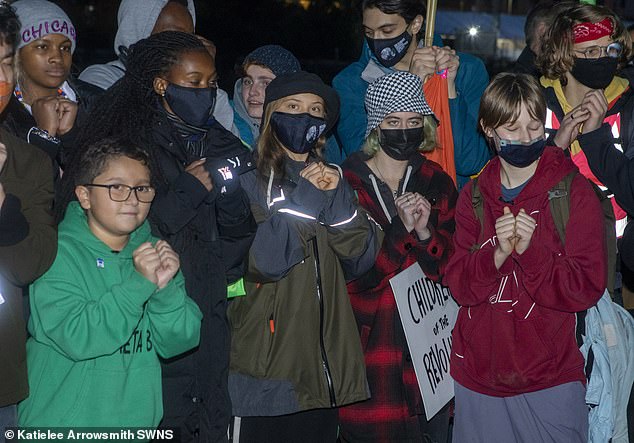 Through an interpreter, the new kid on the block said: ‘I’m an activist from Colombia. I’m 12 years old and I’ve created a movement with my friends and I defend the environment in Colombia.

‘This is really important for us and we’re here because we are from the global south and the voices of the children need to be heard.

‘We also need to be part of the decision-making process because it is our present and our futures.

‘We are also demanding that the decision-making leaders from the world should take real action. 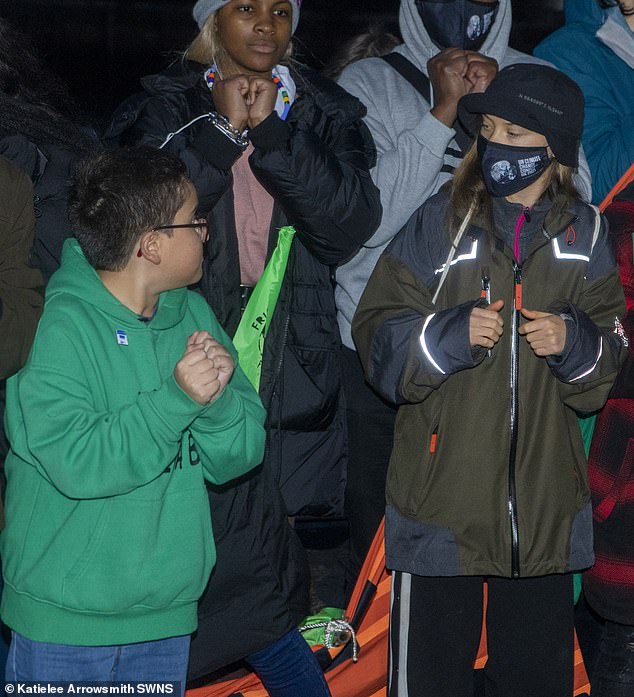 ‘In our country we are seeing the devastation of the climate crisis.

‘We are here because we need to be united. We don’t have barriers. The frontiers are just an imaginary line.’

In January, Francisco was sent anonymous death threats on Twitter after the young environmentalist called for better access to education for children during the Covid-19 pandemic.

The news caused outrage in Colombia and made headlines around the world.

President Iván Duque pledged to find the ‘bandits’ that sent the message but nobody has been arrested.

Thunberg had been expected to take the stage after Francisco but after he received loud cheers and applause she decided not to.

She later stood beside Francisco close to a banner which read: ‘No More Blah Blah Blah, Your Greed Our Fears.’

Earlier, she had claimed Glasgow’s COP26 is a charade.

She insisted leaders taking part in the official conference are ‘pretending’ to take the future of the planet seriously.

With US President Joe Biden and Prime Minister Boris Johnson arriving in the city for talks, the Swedish activist spoke out at an earlier ‘Fridays for Future’ fringe event at which she claimed politicians have no interest in creating real change. 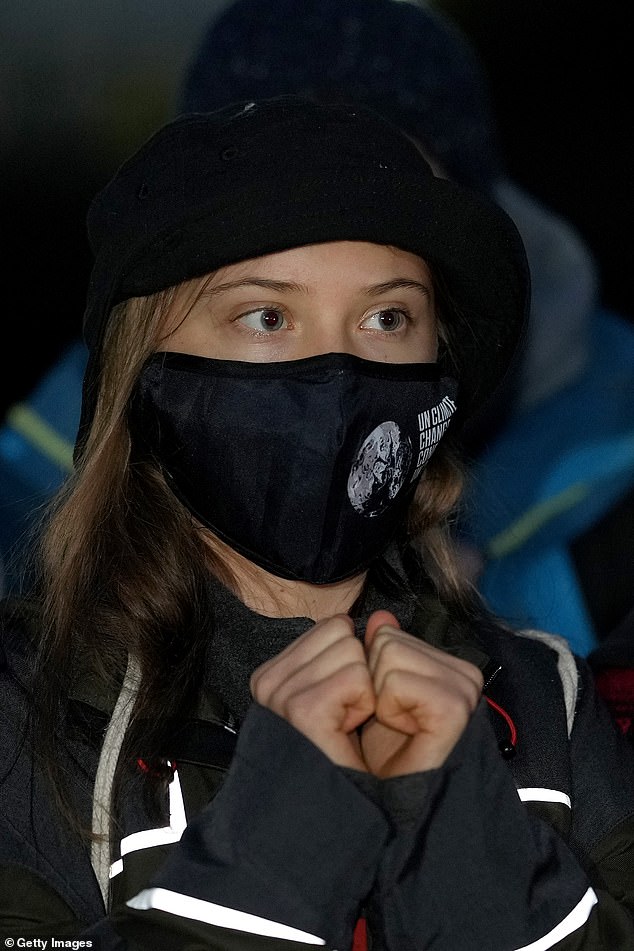 ‘Change is not going to come from inside there. That is not leadership – this is leadership. This is what leadership looks like.’

Thunberg, who was not officially invited to take part in COP26, also took part in a march through the city before joining activists from around the world as they spoke on the banks of the River Clyde of their hopes for change.

She was then upstaged by Francisco who drew applause and cheers as he told of his reason for coming to Scotland.

The heads of 120 countries arrived for the talks, including French President Emmanuel Macron but Russia’s Vladimir Putin and China’s Xi Jinping snubbed the conference.

About 25,000 delegates are attending the two-week climate conference in the UN-controlled blue zone on the north side of the River Clyde. 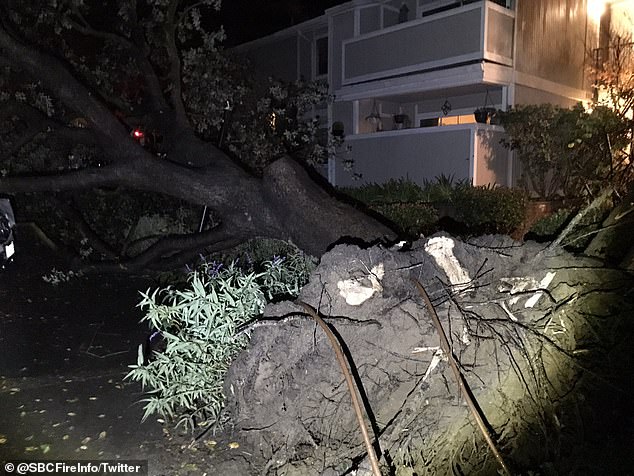 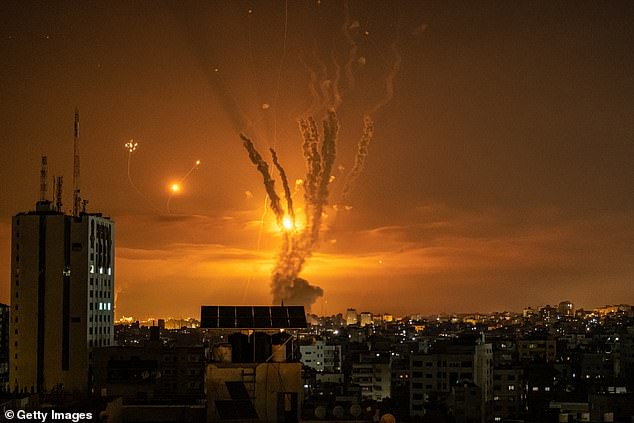 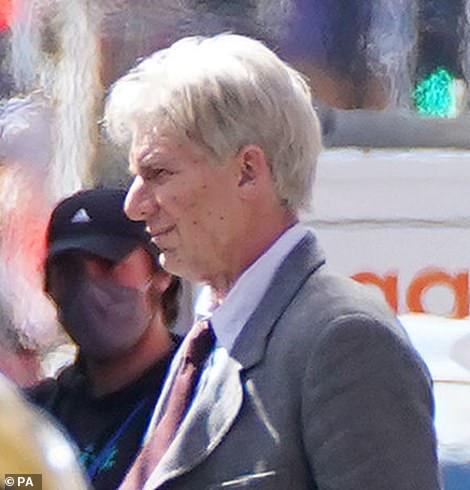 July 14, 2021
Check Also
Close
Recent Stories
Featured Posts
Keep Up With the Cast of the New Scream on Social Media
24 mins ago

Bitcoin Cash Price Prediction: BCH/USD Down By 2.77%
43 mins ago