Photos of Mollie Tibbetts’ partially naked and decomposing body that was dumped in an Iowa cornfield, as well as images of her discarded black shorts and underwear, have been shown to jurors during her murder trial.

Prosecutors showed the jurors several crime scene photos of Tibbetts’ decomposing body in the remote cornfield where she was found a month after vanishing while out running in July 2018.

The first image showed Tibbetts’ body covered by cornstalks with only her running shoes sticking out and visible.

Photographs also showed her body after the stalks had been removed: Her legs were spread apart and she was wearing only socks and a sports bra.

Photos of Mollie Tibbetts’ partially naked and decomposing body that was dumped in an Iowa cornfield were shown to jurors on Friday as Cristhian Bahena Rivera stand trial. Pictured above is the crime scene tape around the cornstalks where her body was found in 2018 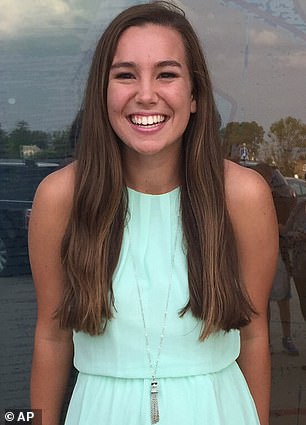 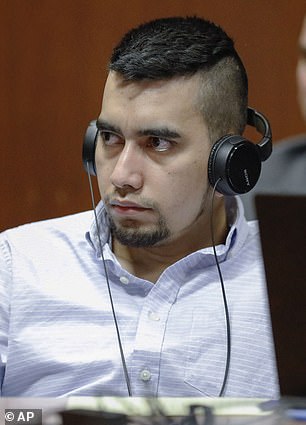 Cristhian Bahena Rivera has pleaded not guilty to killing Mollie Tibbetts in July 2018 while she was out running in Brooklyn, Iowa

Crime scene photos of a pair of black shorts, underwear and what appeared to be a headband, which were found farther into the cornfield, were also shown to the court.

The images were shown as Amy Johnson, a criminalist with the Iowa Division of Criminal Investigation who examined the scene, testified as a prosecution witness.

An autopsy found that Tibbetts had been stabbed seven to ten times in the chest, ribs, neck and skull.

Bahena Rivera, who has pleaded not guilty, led investigators in August 2018 to the cornfield where Tibbetts’ body was discovered, former Iowa City police officer Pamela Romero testified on Thursday.

Romero said the accused killer said he’d approached Tibbetts while she was running and fought with her after she threatened to call the police.

Bahena Rivera said he blacked out and couldn’t remember how he killed her but that he recalled placing her bloody body underneath corn stalks and leaving, Romero said.

The partial confession is key to the prosecution’s case.

The suspect’s defense attorney, however, on Friday showed jurors images of Bahena Rivera appearing to fall asleep for several minutes during during the 11-hour police interrogation. 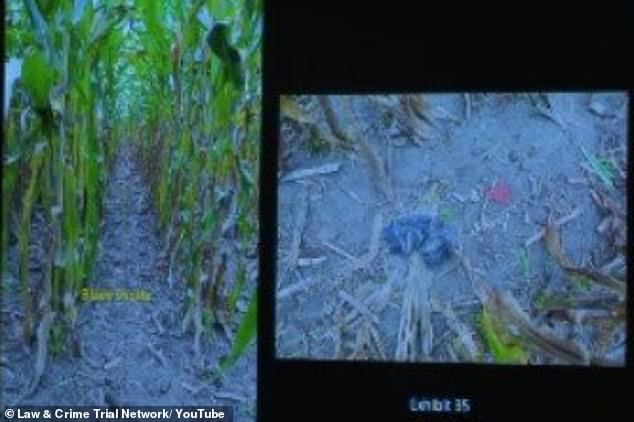 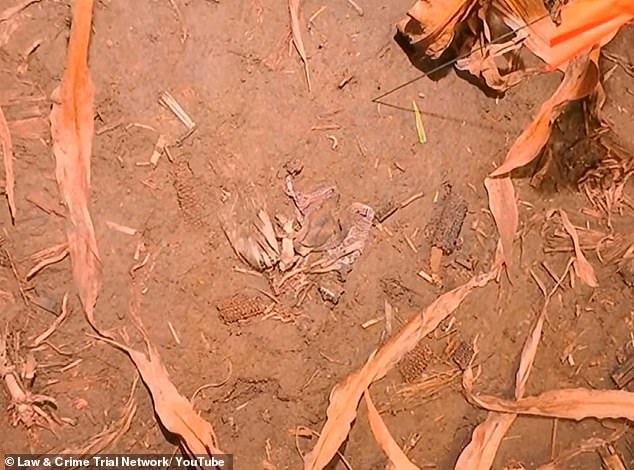 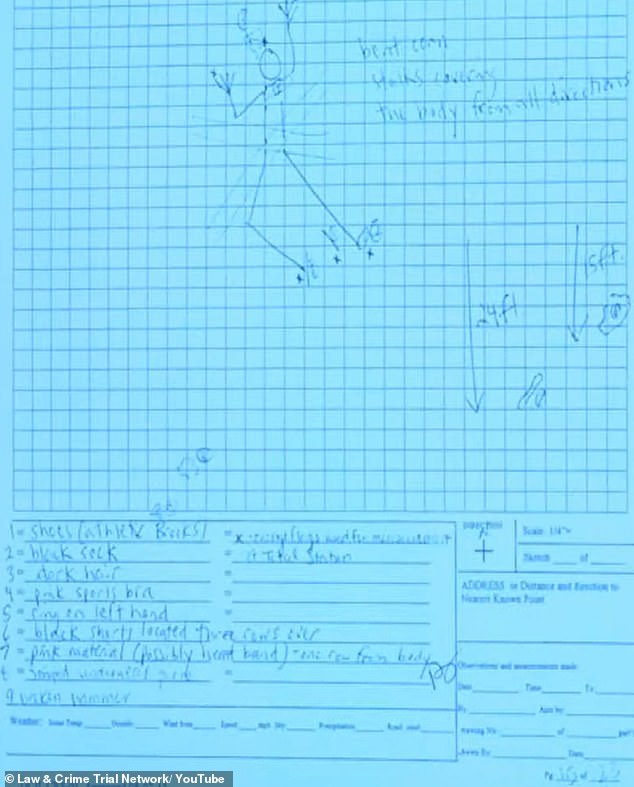 During cross examination, Romero – who had interrogated Bahena Rivera in Spanish -acknowledged that she noticed he had fallen asleep when she went to get him food.

Bahena Rivera had worked a full day at a dairy farm before the police interview began.

Romero recalled Bahena Rivera saying that he was sleepy but she said he remained alert and engaged during the questioning.

Romero also admitted during cross examination that she falsely told Bahena Rivera investigators had found hair in his car and already had his cellphone records.

A day earlier, Romero testified that Bahena Rivera initially denied he had ever seen Tibbetts but eventually admitted that he had driven past her three times while she was running.

Romero said the suspect described her as ‘attractive’ and ‘hot’.

After leading investigators to the cornfield and being pressed on what had happened to Tibbetts, Bahena Rivera allegedly said: ”I brought you here, didn’t I? So that means that I did it. I don’t remember how I did it’.’

During questioning at the cornfield, Bahena Rivera told Romero that he followed Tibbetts in his car, got out and started running behind her, police said. Bahena Rivera said that Tibbetts noticed him and attempted to use her cell phone to call police.

‘He said that Mollie tried to slap him and was screaming at him,’ Romero testified. ‘Mr Rivera said this is when he became angry.’ 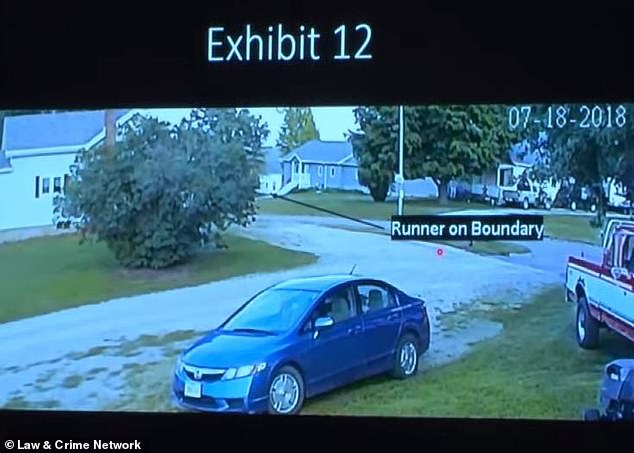 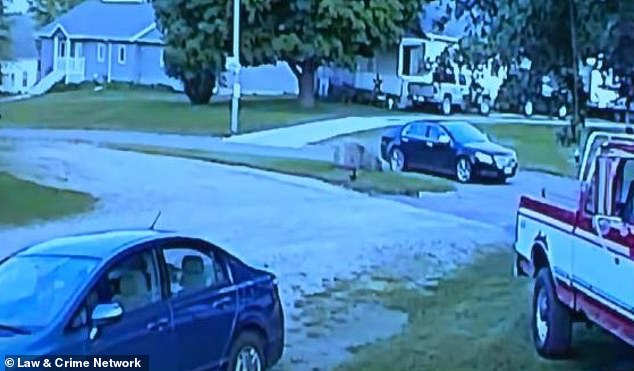 The black car above is believed to belong to Bahena Rivera and drove past the surveillance camera moments after Tibbetts was seen, prosecutors said

Bahena Rivera told Romero that he remembered that the two started fighting but then he blacked out. He said the next thing that he recalled was driving in his car and seeing the earbuds Tibbetts used while running on his legs, and that her body was in his trunk, Romero testified.

Bahena Rivera told Romero that he did not remember how she got in the vehicle, but that he recalled carrying her body on his shoulder to the cornfield, covering her with leaves and leaving immediately. 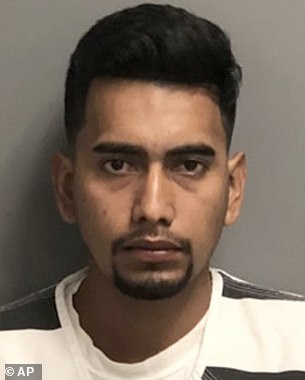 Bahena Rivera, who has pleaded not guilty, may have entered the US from Mexico illegally a decade ago

Romero recalled asking Bahena Rivera what he thought as his neighbors and scores of investigators had searched for Tibbetts.

‘He just shrugged his shoulders and he goes, ‘I didn’t think about it’,’ Romero said.

Earlier Thursday, jurors were shown videos of a woman running and a vehicle later tied to Bahena Rivera driving by her seconds later that investigators called critical to solving the case.

Iowa Division of Criminal Investigation agent Derek Riessen testified that he obtained the surveillance video from a homeowner on August 14 as part of a canvass of the area, and began reviewing it with other agents.

He said the next day another agent said he believed he saw something significant.

Additional review showed a person appearing to run through the neighborhood in the distance, entering and leaving the video frame in a split second. Riessen said he determined it was a runner who appeared to have a ponytail and was passing at 7.45pm. 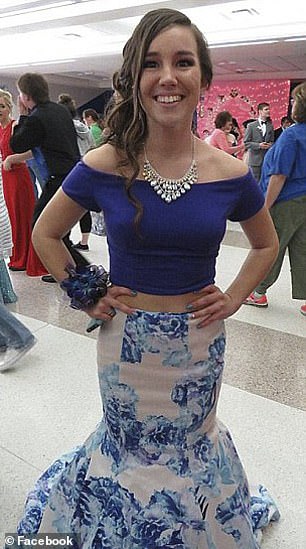 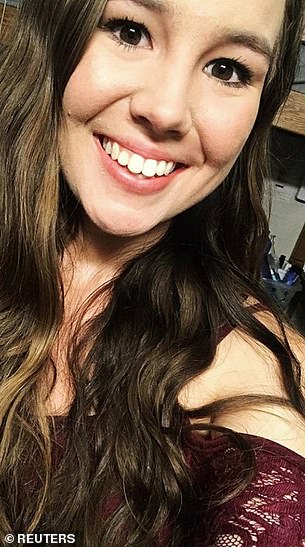 Prosecutors told jurors that an autopsy found that she had been stabbed seven to 12 times in the chest, ribs, neck, and skull, and that she died from sharp force injuries

About 20 seconds later, a black Chevy Malibu with distinctive chrome rims and door handles drove past. Riessen said that vehicle is on surveillance several times over the next 20 minutes, ultimately going back toward the direction of the runner at a higher rate of speed at 8.07pm. He said that Tibbetts is suspected to have been abducted on a rural road about 2 miles away around 8.20pm.

Riessen said neither the driver nor the license plate could be identified on the video.

Poweshiek County Deputy Steve Kivi said he reviewed the video on August 15. The following day, he spotted the vehicle getting off of Interstate 80 and followed the driver, who turned out to be Bahena Rivera.

Kivi said Bahena Rivera was cooperative during their discussion that day, calmly denying knowing anything about what happened to Tibbetts. Investigators testified that on Aug. 20 they went to Yarrabee Farms, where Bahena was working in the milk parlor, to interview him and other employees.

DCI agent Scott Green said he was directed by the lead investigator to collect DNA by swabbing the cheek of every worker, who were all Hispanic and numbered about eight. He said he wasn’t sure why he wasn’t asked to obtain DNA from the farm’s white owner or others he interviewed previously in Brooklyn.

Green said that Bahena Rivera agreed to come with him to the sheriff’s office to be interviewed further, and allowed investigators to search the Malibu, his nearby trailer and another vehicle he had driven to work.

Bahena Rivera faces life in prison if convicted of the stabbing death, which inflamed anger over illegal immigration since he was a Mexican national living in the US illegally. 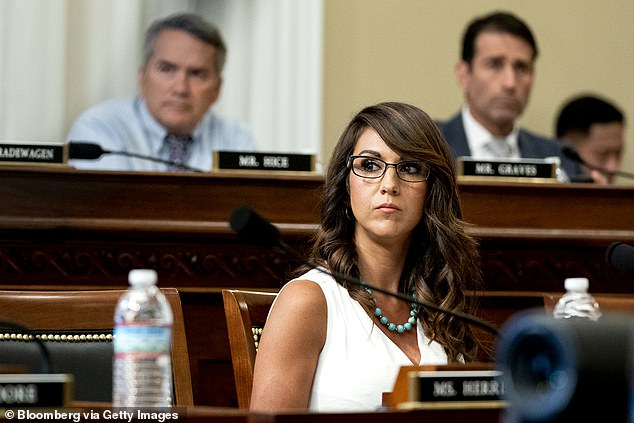 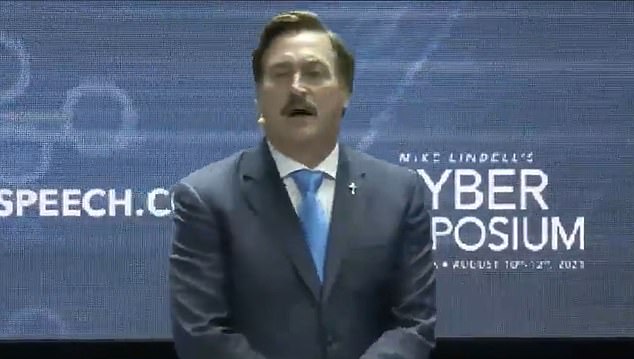 Mike Lindell flees stage at his ‘cyber symposium’ after LOSING bid to dismiss $1.2B Dominion lawsuit 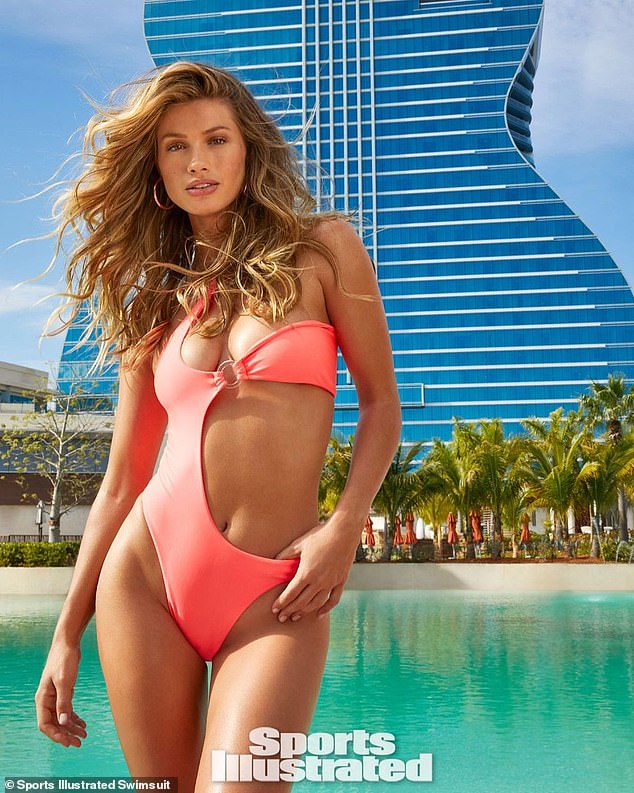 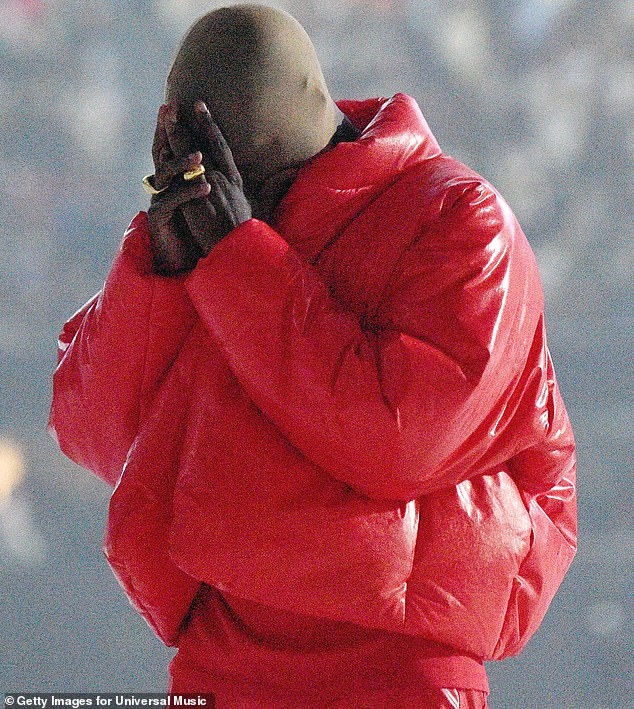 The armorer of Alec Baldwin’s film Rust, gave a gun to an 11-year-old actress before, sources say
53 mins ago