Pharrell Williams received good news on Friday after a judge ruled that he did not lie under oath.

The judgment in favor of the 47-year-old musician and songwriter appears to be the end of the years-long legal battle in which the estate of the late singer Marvin Gaye sued Williams and his collaborator Robin Thicke over their single Blurred Lines.

The estate successfully claimed that Williams and Thicke had plagiarized Gaye’s 1977 hit Got To Give It Up in a 2015 trial and a subsequent appeal.

Free and clear: A US District Court judge ruled Friday that Pharrell Williams had not committed perjury in a sworn deposition from the 2015 lawsuit claiming his song Blurred Lines had been plagiarized from Marvin Gaye’s hit Got To Give It Up; seen in 2019

A jury initially ruled that Williams and Thicke had plagiarized the R&B classic on their 2013 hit Blurred lines in 2015 and awarded Gaye’s estate $7.4million.

The appeal on the judgment wrapped up in 2018 with a split panel from the Ninth Circuit Court of Appeals confirming that Williams and Thicke had plagiarized the song, though they reduced the judgment to $5.3million.

Gaye was also added as a cowriter on the song, and his estate will receive half of all future royalties from Blurred Lines.

However, the estate also wanted Pharrell and Thicke to pay its legal fees, but they were not required to, as the court didn’t find their plagiarism to be willful, according to Digital Music News.

The two would only have had to pay the legal fees if the judges ruled they had intentionally plagiarized Gaye’s song. 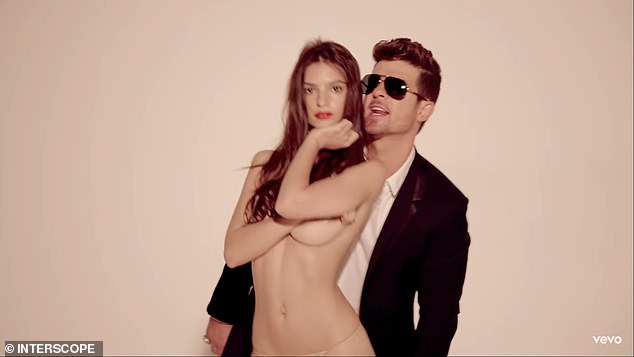 Paying up: Williams and his co-songwriter Robin Thicke lost a 2015 judgment and a 2018 appeal and were forced to pay more than $5 million to the estate of Marvin Gaye for plagiarizing the 1977 song; still from Blurred Lines with Thicke and Emily Ratajkowski 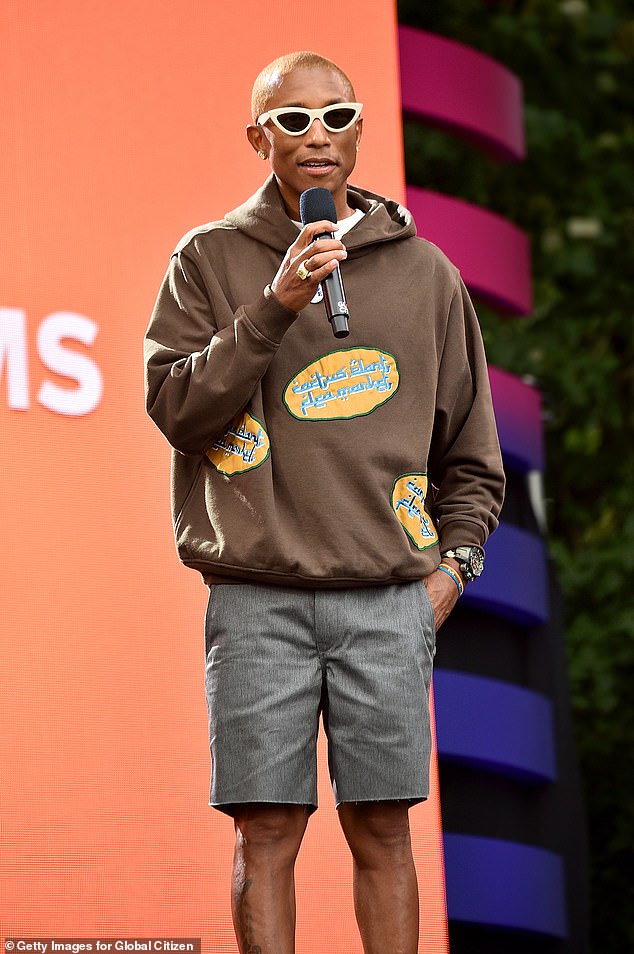 Money seeking: After Williams claimed he ‘reverse engineered’ Blurred Lines from Got To Give It Up in a GQ interview, Gaye’s family claimed he perjured himself in order to get him to pay its legal fees; seen in 2019

However, the estate took Williams to court again starting in December 19 following a conversation between him and rock and hip-hop producer Rick Rubin that was published in GQ in November 2019.

The estate cited a line from the conversation in which the songwriter said he had ‘reverse engineered’ Got To Give It Up to make Blurred Lines as evidence that he had lied under oath and committed perjury.

‘I did not go in the studio with the intention of making anything feel like, or to sound like, Marvin Gaye,’ Williams said under oath in a deposition.

If the estate was successful, Williams would likely have been forced to pay its legal fees.

In the GQ interview, Williams said: ‘We try to figure out if we can build a building that doesn’t look the same, but makes you feel the same way. I did that in Blurred Lines, and got myself in trouble.’ 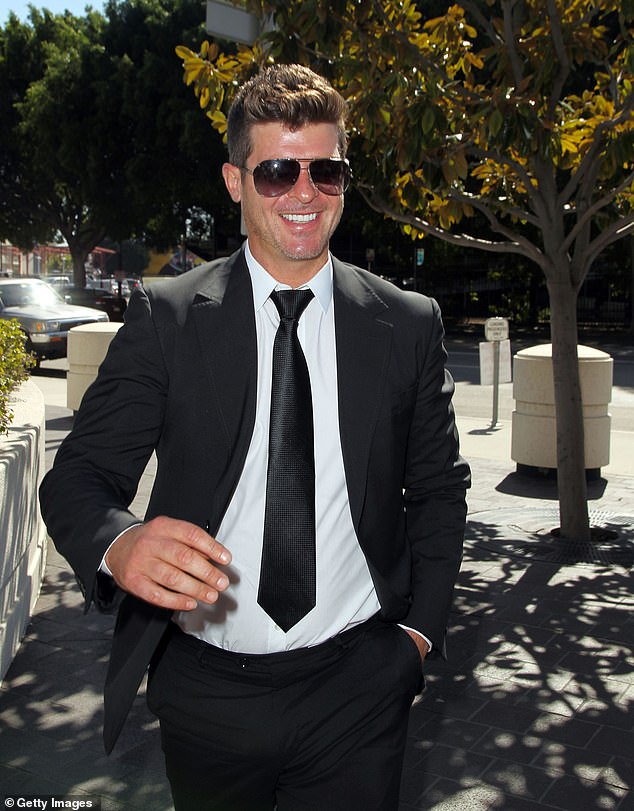 Backing down: Thicke later claimed in court that he didn’t actually write the song, despite being credited as a co-songwriter; seen in 2015 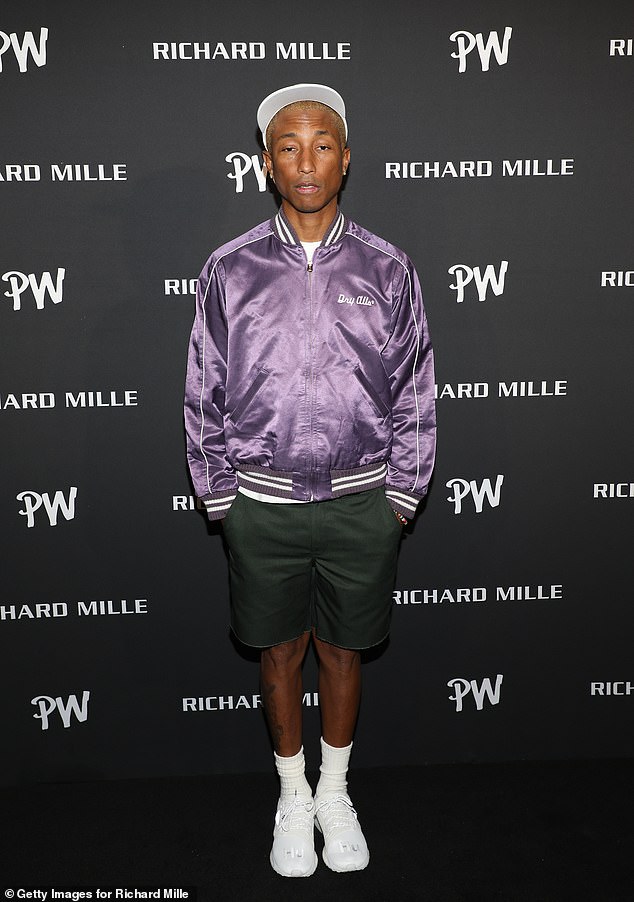 However, a US District Court Judge John Kronstadt ruled Friday that the statement wasn’t enough to prove that Williams had committed perjury.

‘The statements by Williams during the November 2019 Interview were cryptic and amenable to multiple interpretations,’ wrote the California judge.

‘For example, it is unclear what Williams meant by “reverse-engineer[ing].” Read in context, Williams statement about “reverse-engineering” could be interpreted as a process in which he remembers his feelings when listening to particular music, and then attempts to recreate those feelings in his own works.

‘This is not inconsistent with his deposition testimony, in which he claimed that he realized after creating Blurred Lines that the feeling he tried to capture in the song, was one that he associated with Marvin Gaye,’ he added.

‘For these reasons, the Gaye Parties have not shown by clear and compelling evidence that there are sufficiently material inconsistencies between Williams’ statements in the November 2019 Interview and his sworn testimony, to support a finding of perjury.’ 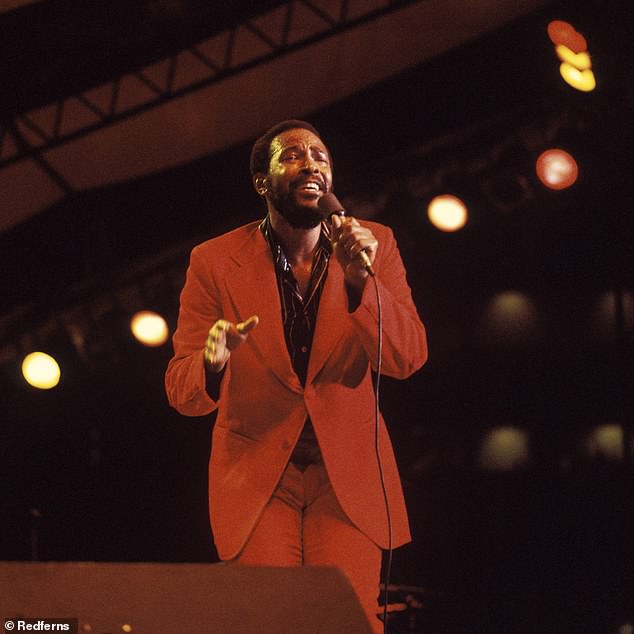 Controversial decision: Multiple legal scholars lambasted the initial decision against Williams, claiming it was poorly decided and wasn’t based on the finer points of musical copyright law; Gaye seen in 1976

Gaye’s family initially sought $3.5million in legal fees, which had originally been denied.

At the time of the original ruling that Williams and Thicke had plagiarized the song, some legal scholars and copyright experts excoriated the decision, claiming that it was based on a general feeling that the two songs were similar, rather than being focused on specific musical aspects that they shared.

In a 2015 piece for The New Yorker, legal scholar Tim Wu wrote that the decision was a ‘serious error’ because it focused on superficial similarities.

‘The Gaye estate’s copyright covers only the notes of his song (the composition), and not the way it was played (the sound recording). These copyrights are separate,’ Wu wrote.

He claimed the judge was ‘legally obliged to throw out the case,’ rather than letting the jury come to its original conclusion, as the note sequences in Blurred Lines aren’t shared with Got To Give It Up, even though the two songs sound similar to many listeners.

However, a panel of judges mostly upheld the decision on appeal. 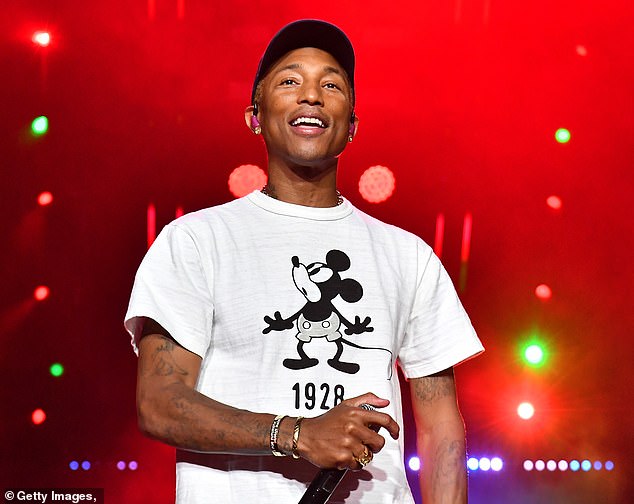 Details: Legal scholar Tim Wu criticized the decision for The New Yorker in 2015 because Blurred Lines shares no notes in common with Got To Give It Up, which should be a prerequisite for a judgement; Williams seen in 2019 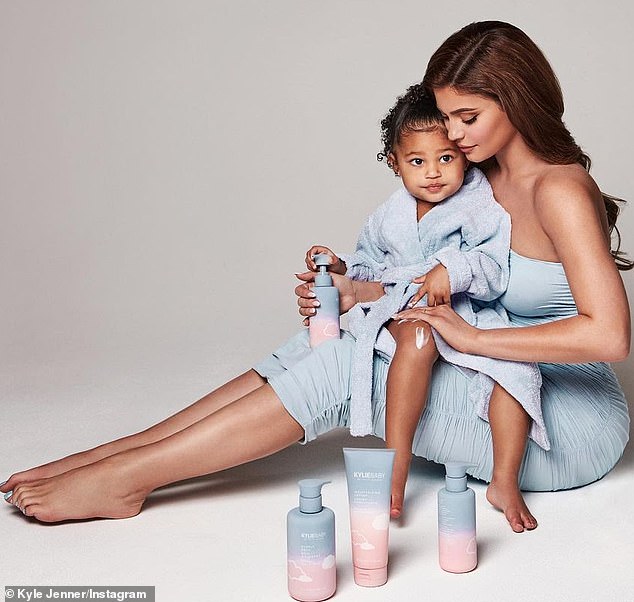