The four-day Lollapalooza music festival was drawing to a close on Sunday, with health officials hoping that they haven’t witnessed a super-spreader event.

Organizers were estimating that 100,000 people would attend the event daily for the 30th anniversary celebrations, in Grant Park in Chicago.

Concert-goers had to provide proof of vaccination or a negative COVID-19 test from 72 hours prior, and on the opening day – Thursday – Lollapalooza officials said that over 90 per cent of attendees presented proof of a vaccination.

Around 600 people were not allowed to enter the festival due to lack of paperwork, they said.

The FBI has been warning that faking a vaccine crime is a federal crime, punishable by a $5,000 fine or five years in prison.

The Lollapalooza festival in Chicago, pictured on Saturday, has drawn crowds of 100,000 people every day. Attendees are asked to show proof of vaccination or a negative COVID test at the entrance, but health officials still fear a surge in cases in the coming weeks as a result of the gathering 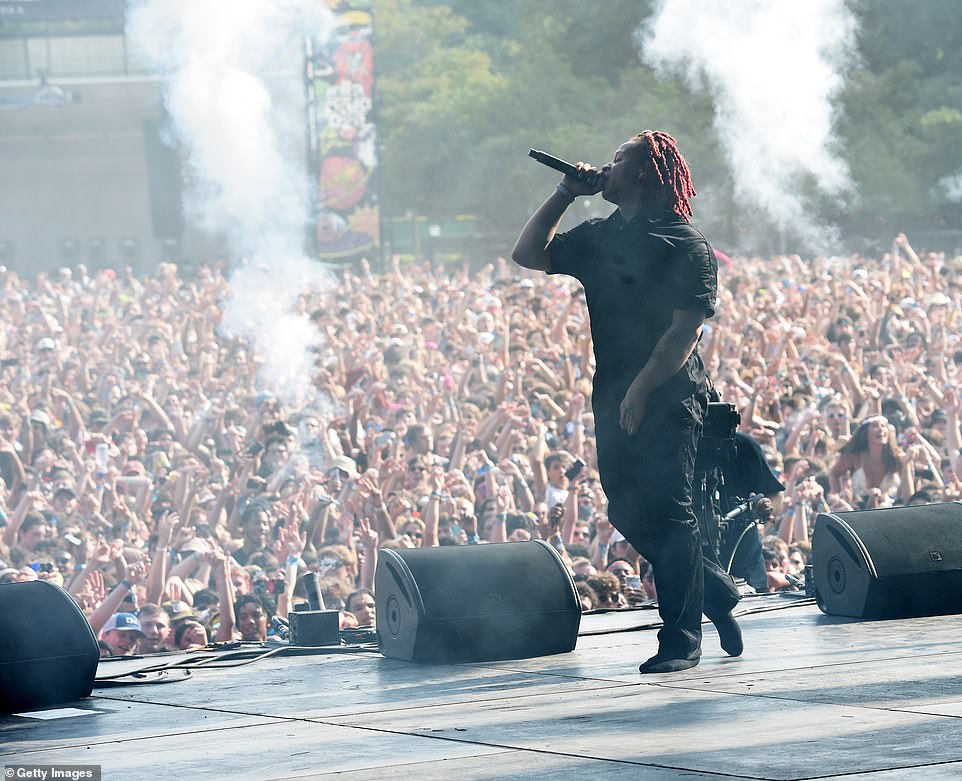 Tripple Redd performs on stage on Saturday. The third day of the festival was headlined by Megan Thee Stallion, Journey and Limp Bizkit 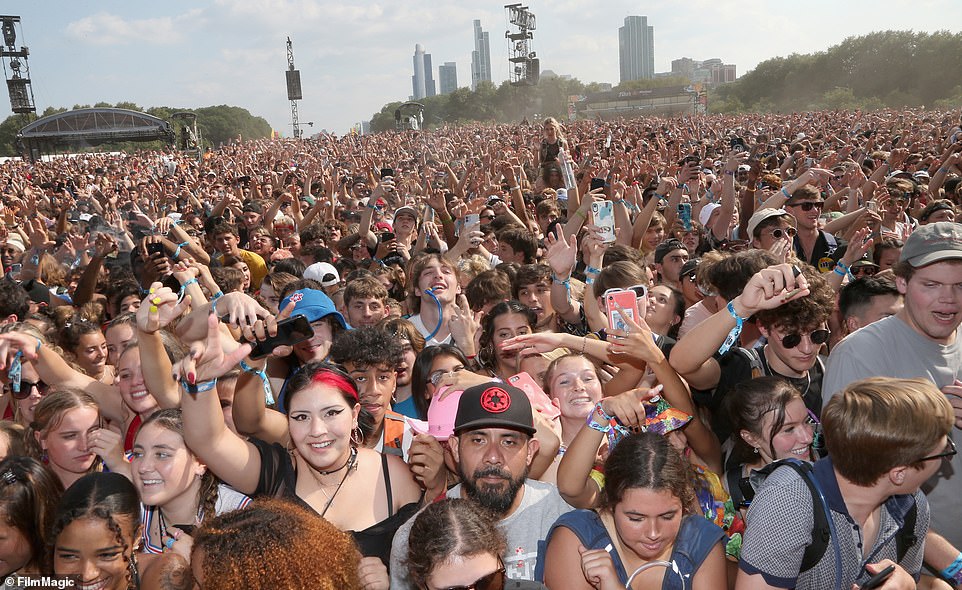 Only 51.7 per cent of Chicago’s residents are fully vaccinated – although on Thursday, organizers said, 90 per cent of those attending provided their vaccination certificates. The other 10 per cent showed negative COVID tests 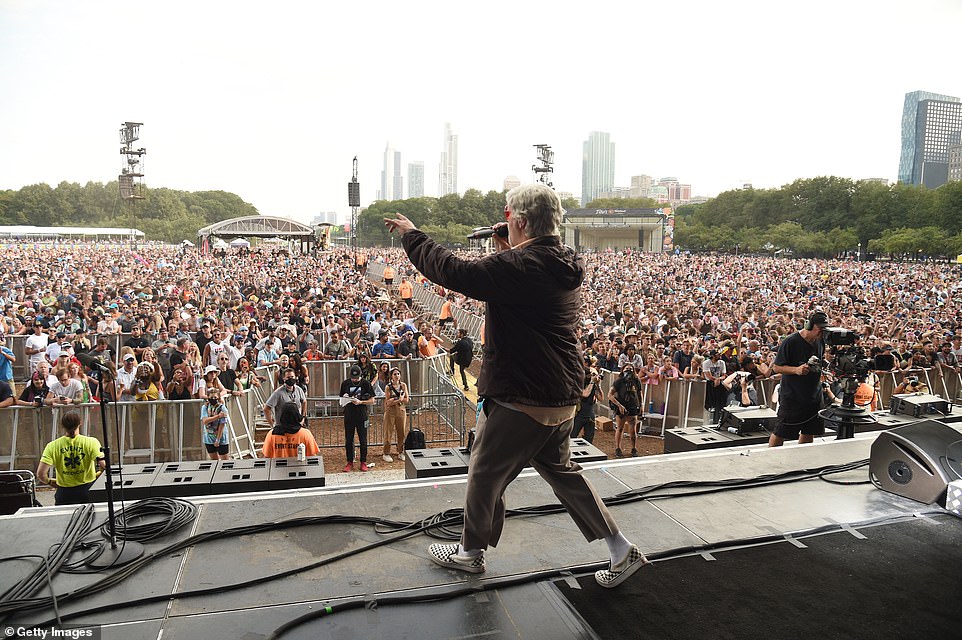 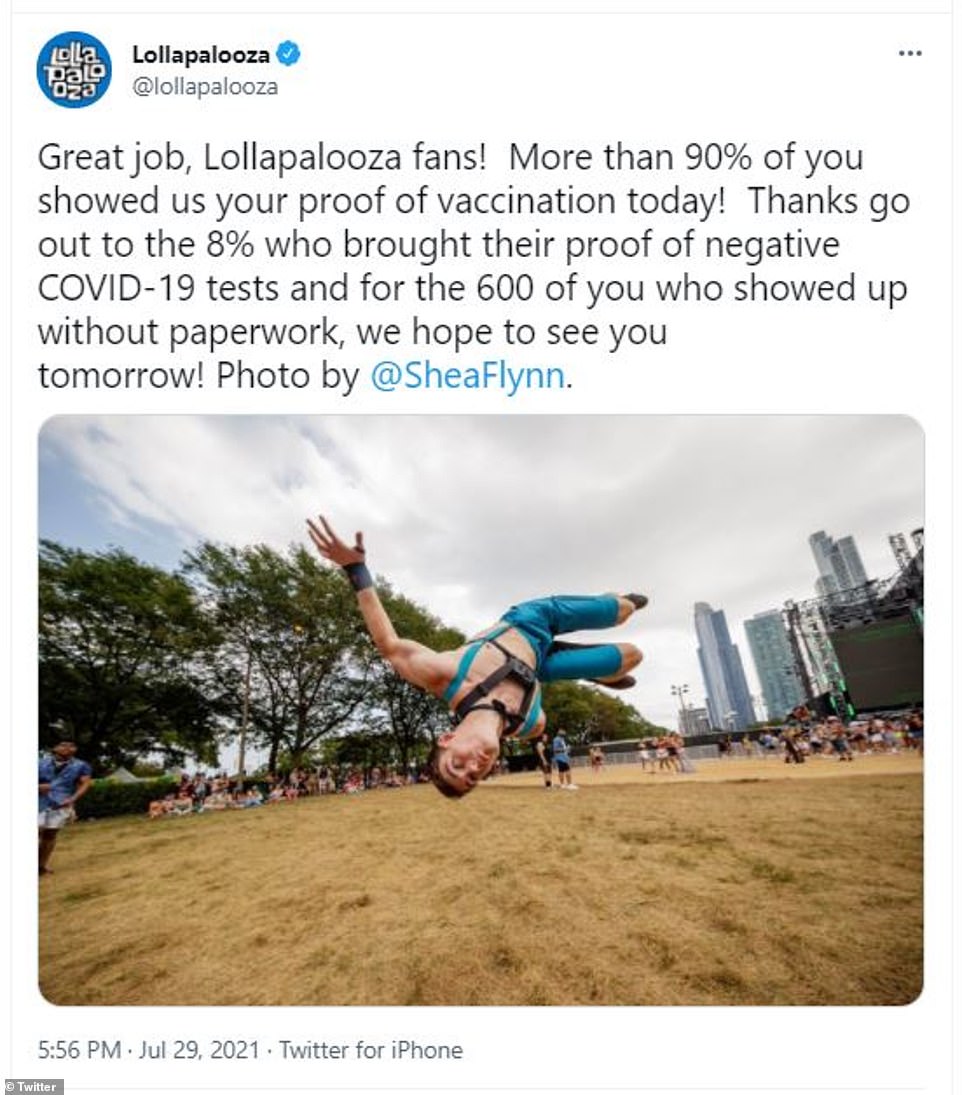 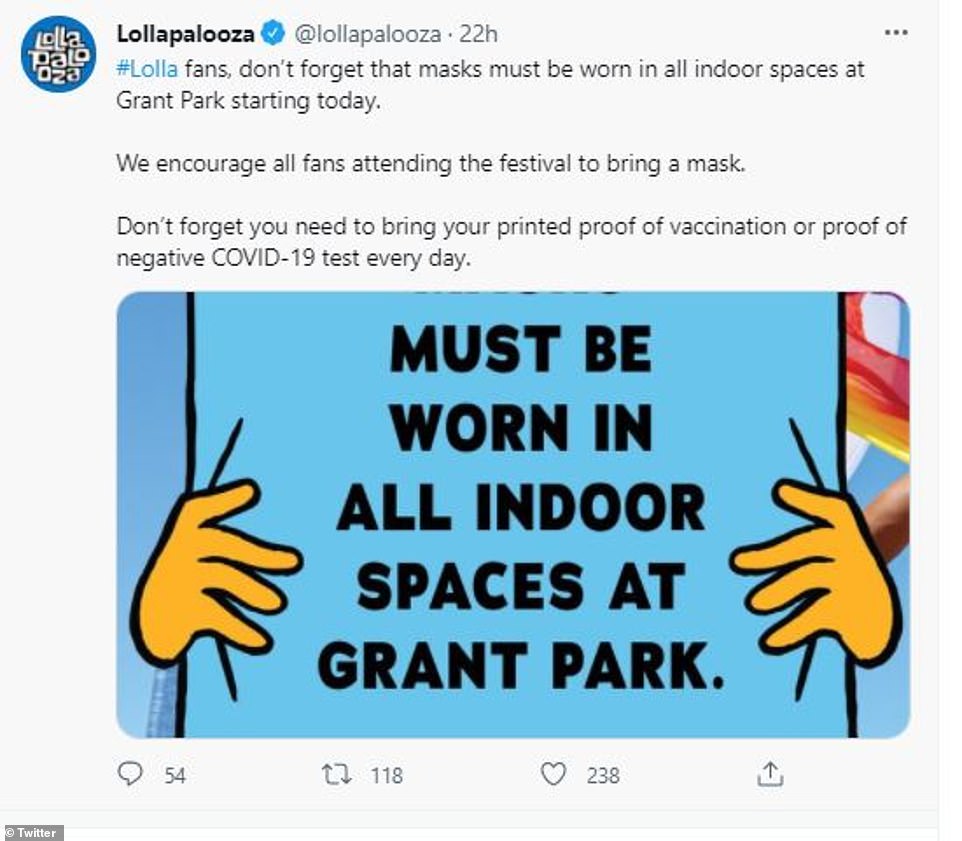 A sign outside the entrance reads: ‘We have taken enhanced health and safety measures for you, our artists and employees.

‘You must follow all posted instructions while attending Lollapalooza.

‘An inherent risk of exposure to COVID-19 exists in any public space where people are present. COVID-19 is an extremely contagious disease that can lead to severe illness and death. According to the Centers for Disease Control and Prevention, senior citizens and guests with underlying medical conditions are especially vulnerable.

‘By attending Lollapalooza, you voluntarily assume all risks related to exposure to COVID-19.

‘Please help keep each other healthy!’

The number of new cases reported daily in Chicago had dropped to as low as 34 in late June, but is now back up to 192 – although hospitalizations remain drastically lower than their peak this spring.

The Illinois state health department reports that 58.6 per cent of residents over 18 are fully vaccinated, and 74.3 per cent have had their first shot.

Chicago is slightly lower than the state average, with 51.7 per cent of their 2.7 million people fully vaccinated.

Of the six million fully-vaccinated people in the state, 644 have been hospitalized with ‘breakthrough’ infections, and 169 have died. 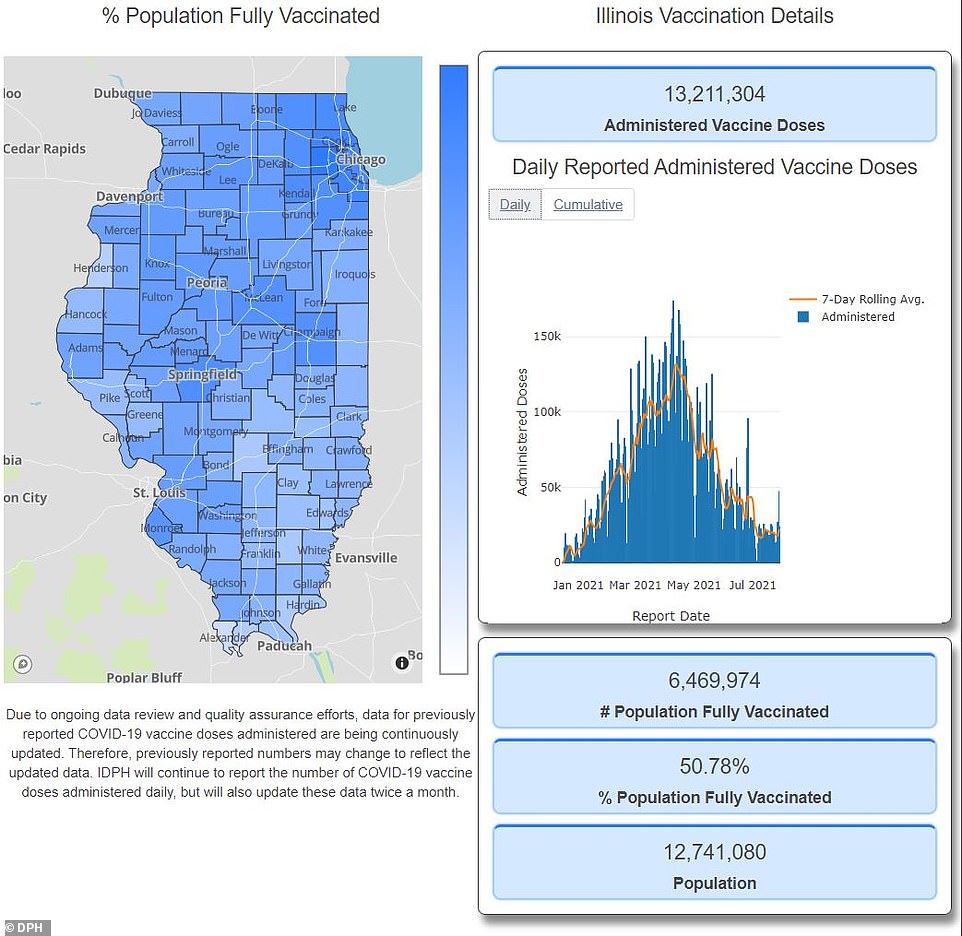 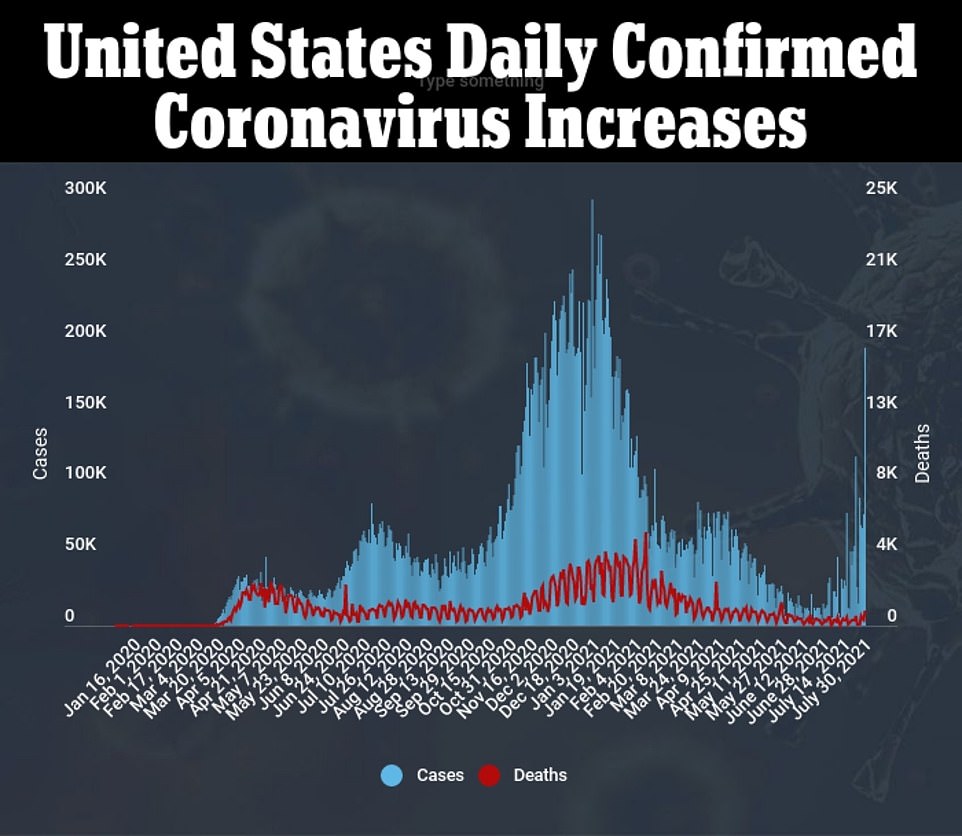 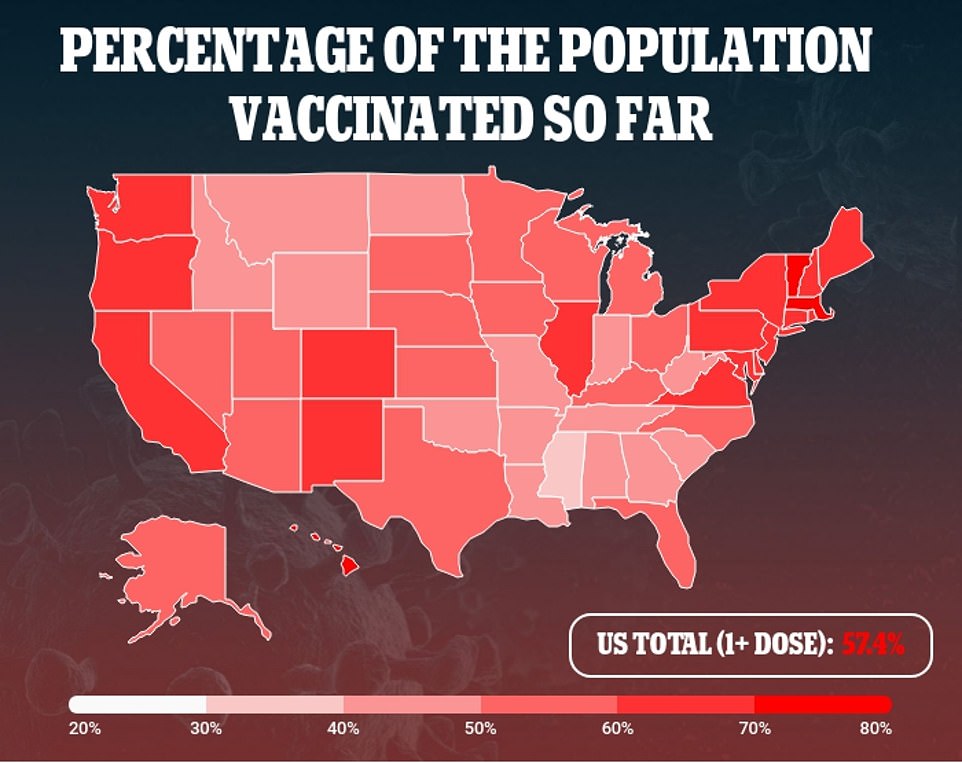 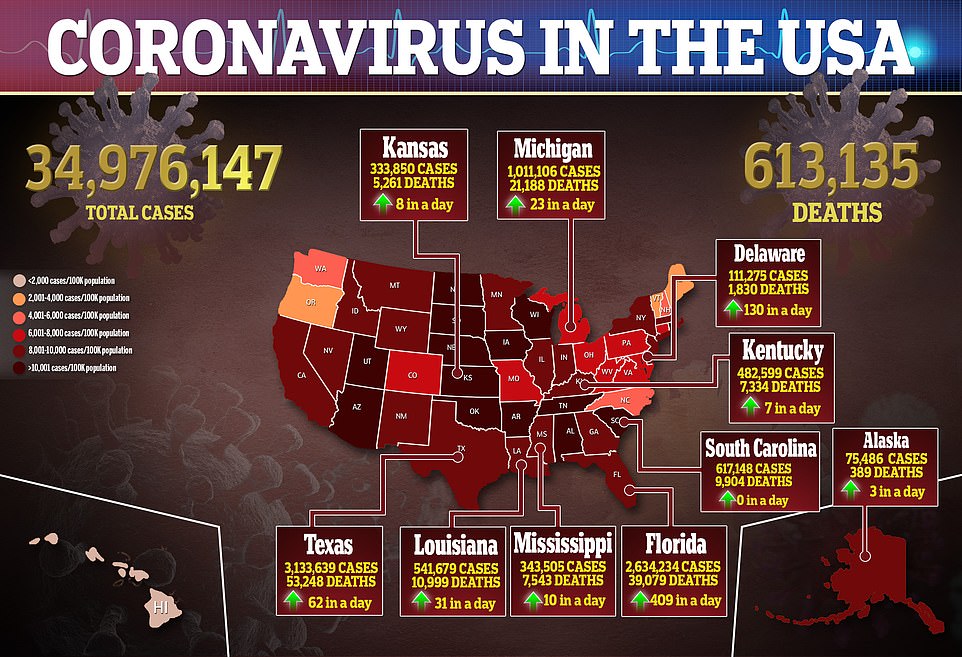 The festival kicked off on Thursday, with Miley Cyrus headlining and a surprise guest appearance from Billy Idol.

Sunday will close with Foo Fighters.

Cook County was added on Thursday to the Centers for Disease Control and Prevention (CDC) list of areas experiencing ‘substantial’ COVID-19 transmission, bringing with it advisories for masks indoors.

The festival announced late Friday that masks will be required in any indoor spaces on the grounds beginning Saturday.

‘We encourage all fans attending the festival to bring a mask as they attend the final two days of the festival,’ according to an announcement from festival producer C3 Presents.

Health officials said they did expect there to be an increase in COVID cases.

‘When you’re having this many folks who are coming through almost certainly there will be some cases,’ said Dr Allison Arwady, the commissioner of the Chicago Department of Public Health.

She told CNBC: ‘But I’m confident that the combination of what we know about limiting risk in outdoor settings, pairing that with vaccination and or testing and ideally mostly vaccination, which is what we expect, as well as all the other mitigation factors.’ 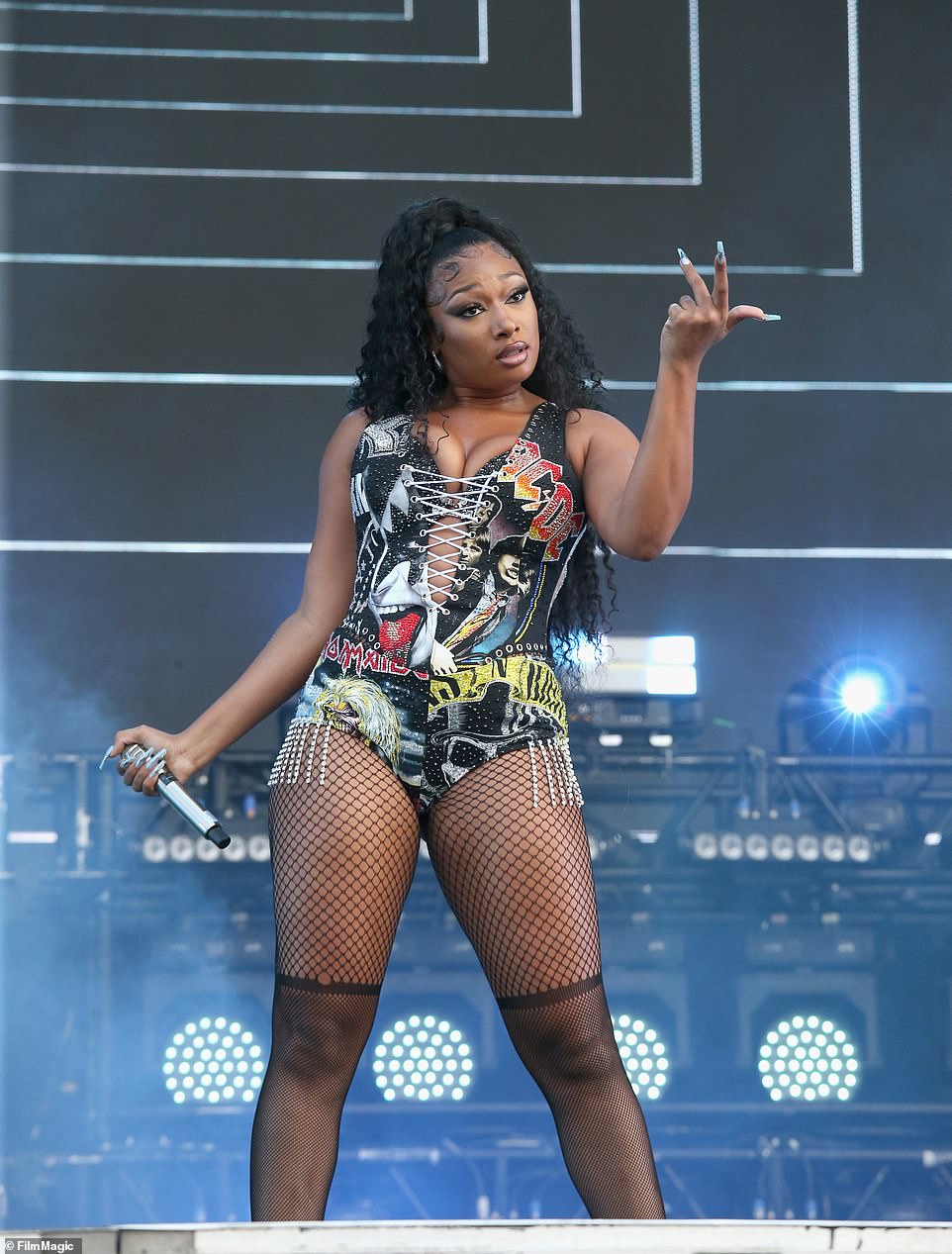 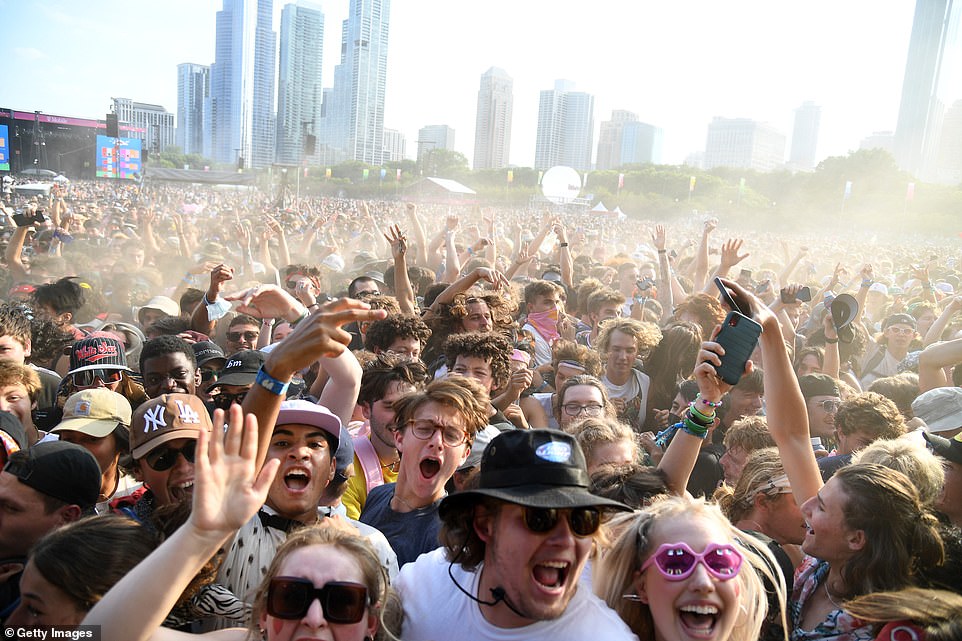 The concert in Grant Park is one of the biggest since the pandemic began, with 100,000 people every day

Some felt the event was a bad idea, pointing out that recent music festivals, including the Verknipt festival in Utrecht, Netherlands, and Rolling Loud in Miami, have been connected to outbreaks among their attendees and surrounding communities.

Dr Emily Landon, the executive medical director of infection prevention and control at the University of Chicago Medicine, said last Monday in an interview with NBC-5 Chicago that she thought the festival should have been cancelled.

‘I think continuing to have Lolla at that level of capacity was a bad idea even before there was a pandemic, and I’m shocked that we’ve agreed to go back to that same level of capacity, ‘ she said. 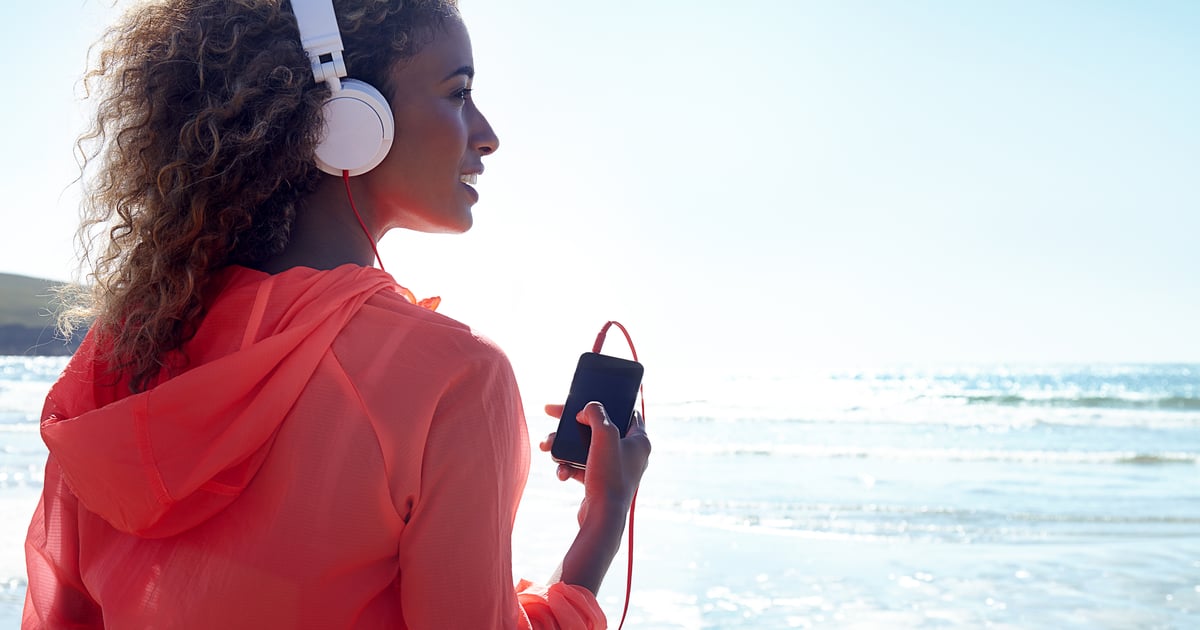 Listen Up: Here’s What Podcast to Check Out Based on Your Zodiac Sign 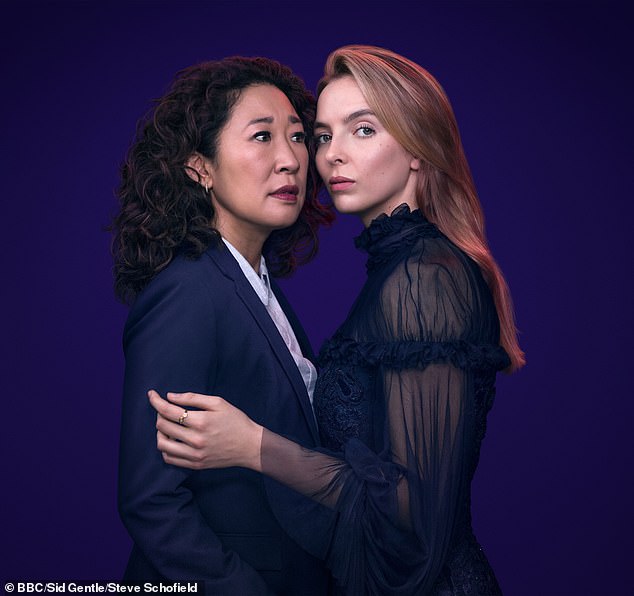 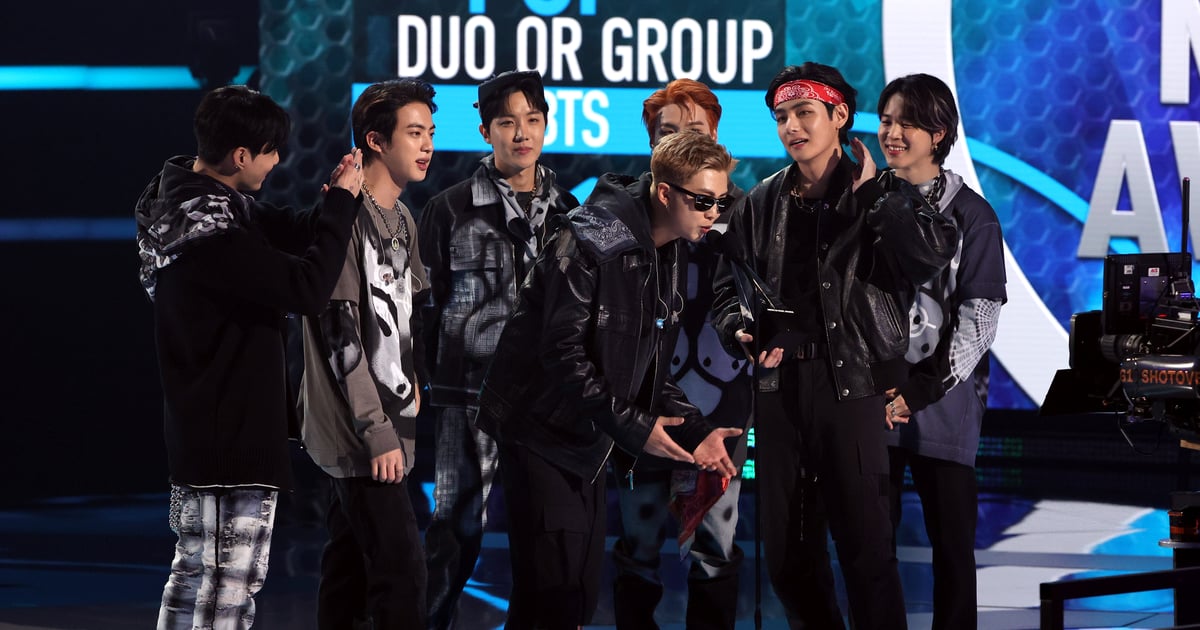 BTS, Megan Thee Stallion, Taylor Swift, and Everyone Else Who Won at the 2021 American Music Awards 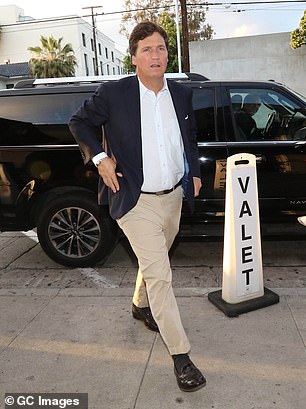