More known or suspected terrorists than recorded in previous years have crossed the southern border in the midst of Joe Biden‘s migration crisis, according to a video from the outgoing Border Patrol chief.

National security is more at risk than just the humanitarian crisis, Rodney Scott warned his 19,000 agents before retiring on August 14 in a video message obtained by the Washington Examiner.

‘Over and over again, I see other people talk about our mission, your mission, and the context of it being immigration or the current crisis today being an immigration crisis,’ Scott said. ‘I firmly believe that it is a national security crisis.’

‘Immigration is just a subcomponent of it,’ he added, ‘and right now it’s just a cover for massive amounts of smuggling going across the southwest border — to include TSDBs at a level we have never seen before. That’s a real threat.’

TSDB, or Terrorist Screening Database, is used to refer to known or suspected terrorists identified in the FBI’s system.

The number of these individuals has drastically increased in the midst of the border crisis, which has seen a 21-year high in encounters with Customs and Border Protection (CBP) with illegal immigrants.

While Border Patrol did not deny that the number of terrorist encounters has increased, they did assure that there are systems in place to make sure these individuals are stopped from crossing in the first place.

Recently resigned Border Patrol Chief Rodney Scott warned his 19,000 agents that the ‘real’ crisis at the southern border is human smuggling and known and suspected terrorists entering the country by land crossings 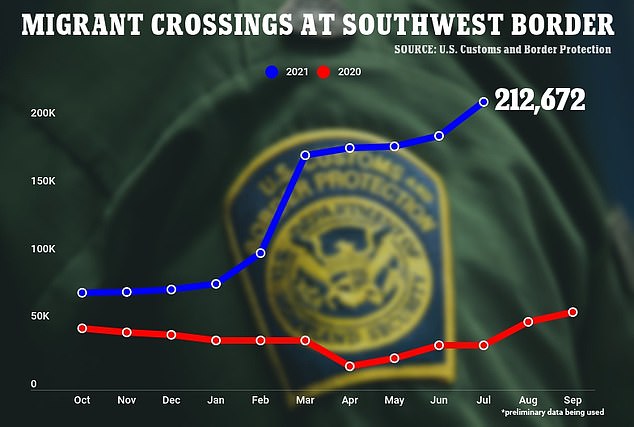 ‘Our border security efforts are layered and include multiple levels of rigorous screening that allow us to detect and prevent people who pose national security or public safety risks from entering the United States,’ a CBP spokesperson said in a statement to DailyMail.com

‘DHS works with our international partners to share intelligence and other information, including to prevent individuals on the terrorist watchlist from entering the United States,’ the spokesperson continued. ‘CBP adjudicates individuals encountered at and between our ports of entry against several classified and unclassified databases to determine if they pose a threat to national security, consistent with the law.’

‘While encounters of known and suspected terrorists at our borders are very uncommon, they underscore the importance of the critical work our agents carry out on a daily basis to vet all individuals encountered at our borders.’

CBP told members of Congress in January that federal law enforcement stopped four people on the terror watchlist from Serbia and Yemen, which is greater than the average total seen in recent years.

Thousands of people are denied entry into the U.S. at airports each year because they are on the watchlist. It is, however, unusual for the same individuals to be encountered while crossing at U.S. land borders.

A news release about the four encounters was taken down from CBP’s website hours after it was published, which made Republicans question the transparency of DHS under Biden. 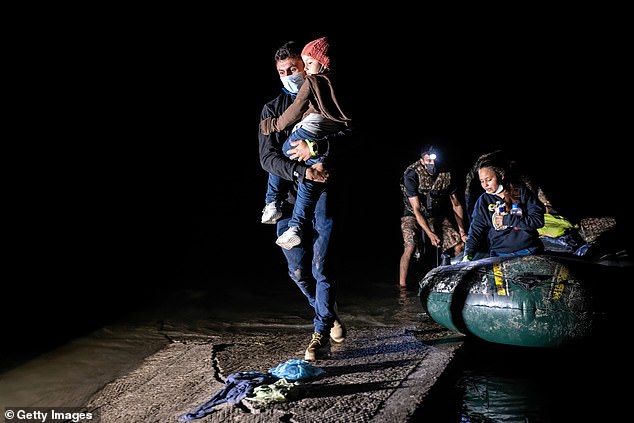 Thousands of migrants continue to cross the U.S.-Mexico border each day. Here a raft of migrants arrives in Roma, Texas by way of the Rio Grande River on August 13 as they prepare to turn themselves over to Border Patrol for processing

Scott, who served under Donald Trump for one year starting on January 24, 2020 and retired over the weekend, is worried the Biden administration is focusing too much on migrant families and unaccompanied minors crossing illegally rather than the terrorist threat posed by the vulnerable southern border with Mexico.

‘Your peers or you are taking criminals, pedophiles, rapists, murderers, and like I said before, even TSDB alerts off the streets and keeping them safe from America,’ Scott said in his video message.

‘Even if we processed several thousand migrants that day and even if thousands of them were allowed into the U.S., you still took those threats off the street, and I think that’s worth it,’ he continued.

‘So please don’t ever undersell how important your mission is.’

Homeland Security Secretary Alejandro Mayorkas visited the southern border last week, where he announced in July Border Patrol encountered a record-breaking 212,672 migrants in July – a 13 per cent increase from the 188,829 illegal immigrants encountered in June.

Reports emerged in June that Biden officials were forcing Scott to resign, retire or move away from headquarters in Washington after 16 months as Border Patrol chief.

‘I did choose to retire,’ Scott said in his video this month, ‘but I am not retiring to run away from this crisis.’

‘I’m just going to fight for you from a slightly different angle,’ Scott said, but did not elaborate on his future plans.

‘I am asking each one of you to look in the mirror and remind yourself, and if you haven’t thought about it before, think about the fact that you are not immigration police and our job is not immigration on the border,’ Scott said.

‘Our job is to know who and what comes in this country and then to filter it out based on the rules applied by Congress and by law. That’s critically important, and when you put it in the context of immigration only, I think you miss the bigger fight. This job is extremely important. Your mission’s very important.’

Border Patrol pulled more than 40 per cent of its agents from the field to help instead with mitigating the crisis after crossings occured, which included transporting, processing and caring for the record number of migrants in federal custody.

This redirection left several gaps in agents’ abilities to patrol the border for national security threats. 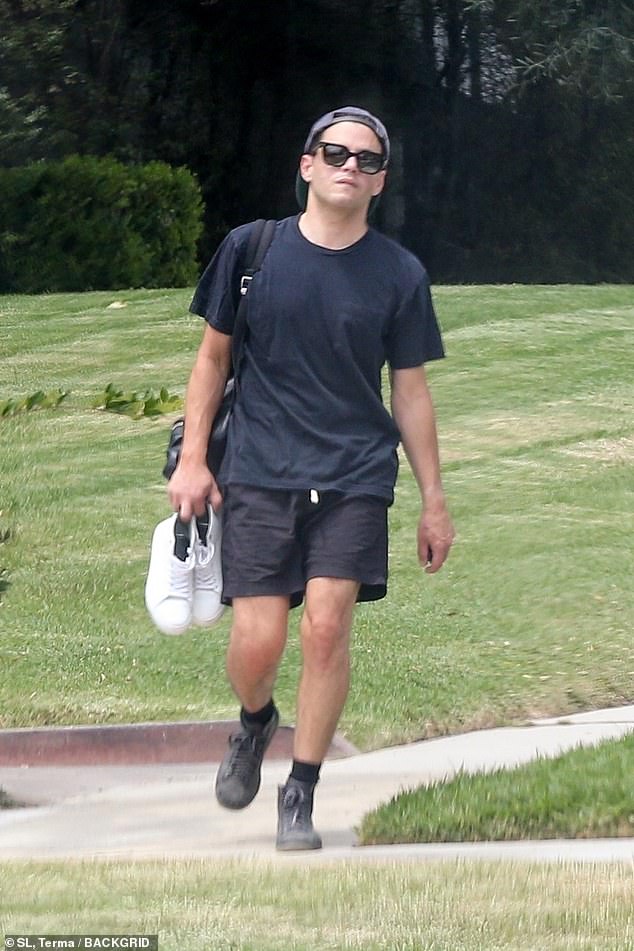 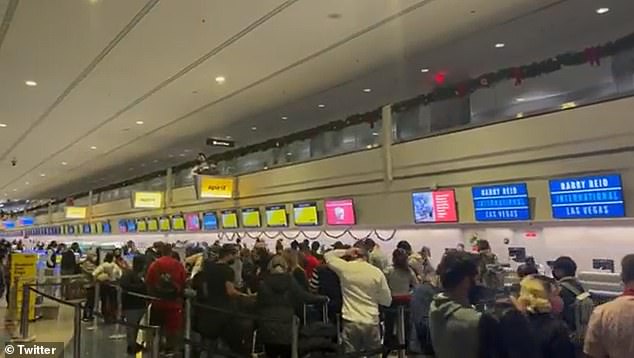 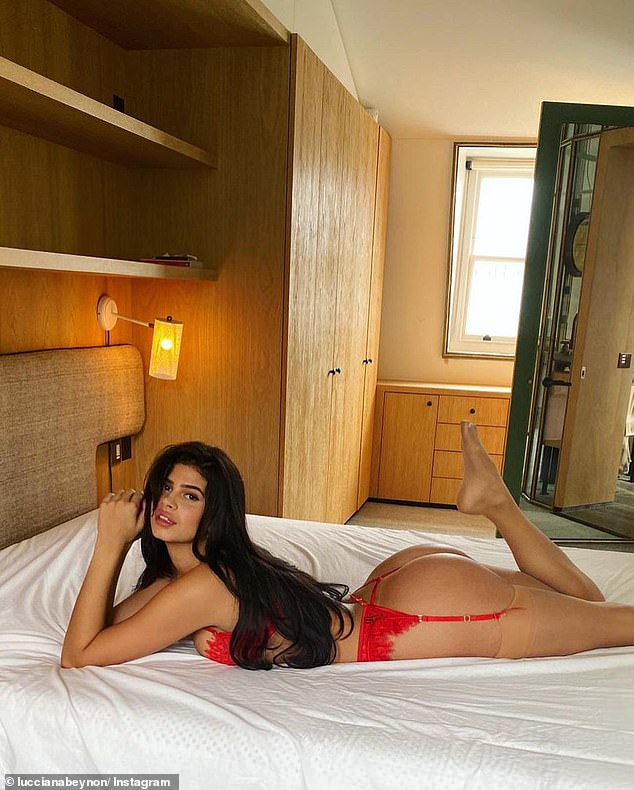 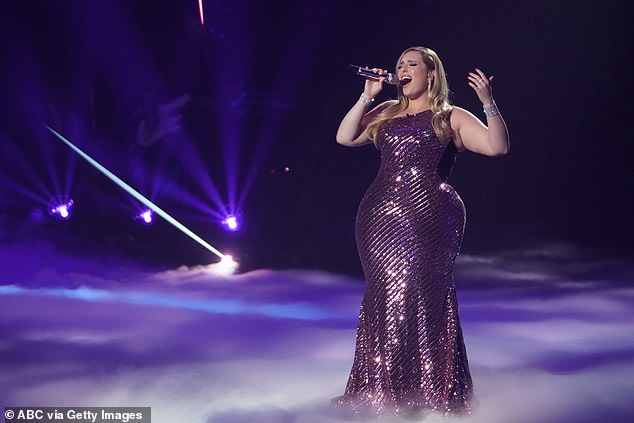