Prince Harry and Meghan Markle found it ‘harder than they would ever have imagined’ to quit their royal roles – but ultimately made the decision to cut all ties with the monarchy over fears that they wouldn’t be able to pursue their own ‘financial endeavors and business decisions’, according to Finding Freedom author Omid Scobie.

The royal author – who is set to release an updated version of the biography with a new chapter chronicling the Sussexes’ lives over the past few months – claimed that Harry, 36, and Meghan, 40, initially tried to ‘find a way to compromise’ with the royal family that would have allowed them to be ‘half in, half out’ as far as their roles were concerned.

However, Scobie told People that the couple made the ‘hard’ decision to walk away from the royal family because they knew that there ‘would have constantly been issues about financial endeavors and business decisions they made’ had they maintained any ties with the monarchy.

In the months since Harry and Meghan walked away from their royal roles, the couple has inked lucrative streaming and podcast deals with Netflix and Spotify, which are estimated to be worth more than $100 million.

The Duke has also secured a job as ‘chief impact officer’ at a $1.73 billion San Francisco-based mental health coaching start-up, a role that will see him weighing in on product strategy and the company’s charitable contributions. 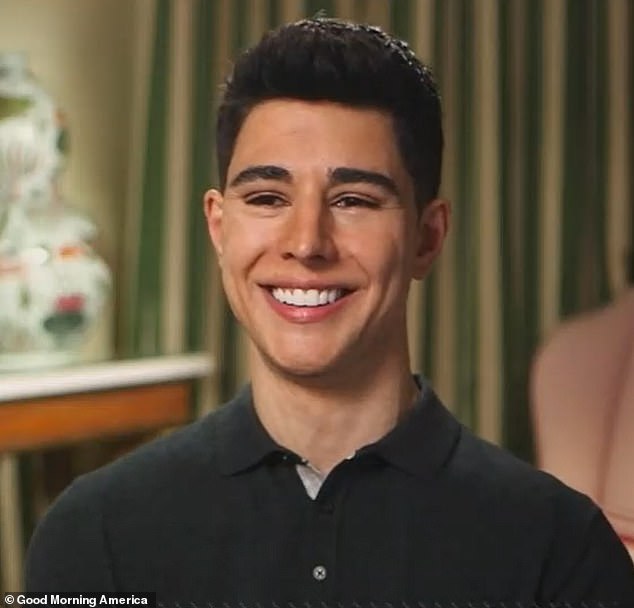 According to Scobie, who is one of a handful of media trusted by the Sussexes, the couple initially wanted to be ‘half in, half out’ of the monarchy

Had they remained in their royal roles, the couple, who now live in a $14 million mansion in Montecito with their son Archie and daughter Lilibet, would not have been allowed to pursue any commercial money-making endeavors.

Senior members of the monarchy are paid for their official royal work through a taxpayer-funded grant and are therefore banned from earning any additional income through other jobs.

According to Scobie, this was the main reason behind Harry and Meghan’s decision to quit the royal family, rather than attempting to come to a ‘compromise’ that might have seen them balancing their official duties with more commercial opportunities. 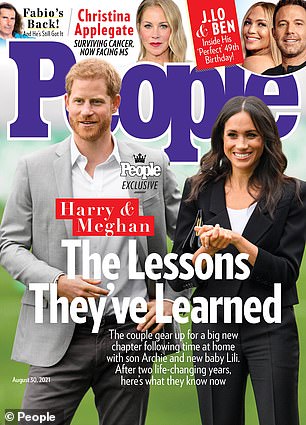 The royal author made the claims in the new issue of People, in which he also promotes a new version of his biography about the couple, Finding Freedom, which is being released with new details about their lives over the past few months

However, despite the financial motivations behind their decision, Scobie, who is known to have a close relationship with the Sussexes and is among a small handful of media with whom they actively communicate, said that cutting ties with the monarchy was ‘harder than [Harry and Meghan] would ever have imagined’.

Speaking to People magazine ahead of the release of Finding Freedom’s new chapter, which is due to be published on August 31, the anniversary of Princess Diana’s death, he said: ‘The hardest part for them was taking those initial steps away from their royal roles.’

He added that the couple ‘tried to find a way to compromise and find the half in, half out way’, but felt that ‘those ties to the institution would have still been strong, and there would have constantly been issues about financial endeavors and the business decisions they made’.

Scobie further claimed that this potential scrutiny of their business deals would likely have pushed Harry and Meghan to quit the royal family once and for all in the long term, stating that delaying the decision may have prevented them from achieving the ‘level of happiness and security that they have today’.

His latest quotes about Harry and Meghan come as the couple hit back at claims they have ‘reignited their rift’ with the Queen through claims made in the updated version of Finding Freedom, which states that they believe she failed to act on their accusations of racism.

The new edition of the book suggests the Duke and Duchess of Sussex were ‘not surprised’ at a perceived lack of action over their claim that a senior royal expressed ‘concern’ about their unborn son’s skin color.

It says they took exception to a carefully-worded statement from the Queen, following their interview with Oprah Winfrey in March, in which she expressed concern for the couple but insisted that ‘some recollections may vary’. 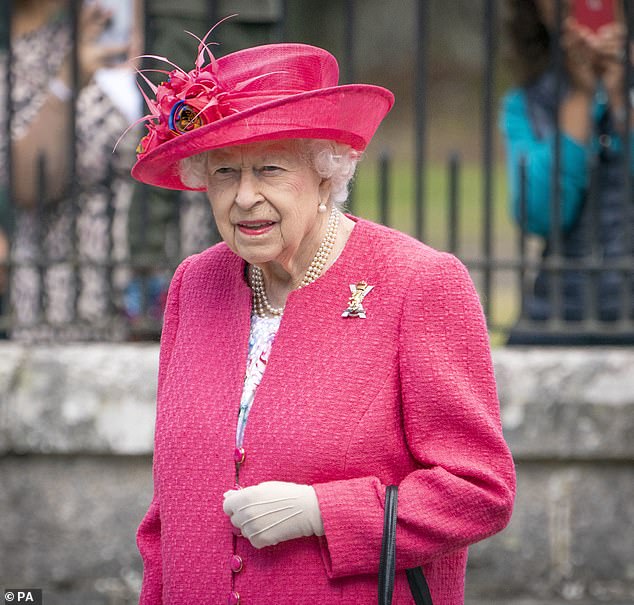 Days later, Prince William told reporters that the royals were ‘very much not a racist family’ and admitted he was yet to speak to his estranged brother following the Oprah interview. Now, the updated edition of Finding Freedom has claimed that the Sussexes were far from happy at Buckingham Palace’s official response.

But their legal team at Schillings told MailOnline today that it was false and defamatory to claim the couple have ‘reignited a rift’ with the Queen – or to suggest or imply that they have made any statements to that effect.

Their lawyers insisted there were no new developments on the topic and that the claims were from the authors of the book, Scobie and Carolyn Durand, who do not speak for the Sussexes and rely on unnamed sources. 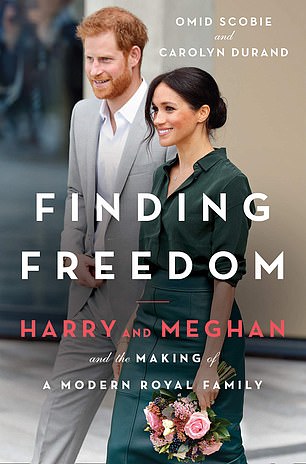 The updated version of Finding Freedom, which Scobie co-authored with Carolyn Durand, is due to be published on August 31 – the anniversary of Princess Diana’s death

Scobie also tried to clarify the situation, tweeting: ‘Back at this rodeo and, predictably, words are already being twisted. The comments made by a SOURCE (a detail some outlets have purposefully ignored) was about a lack of ownership from the royal institution as a whole. There’s no ‘attack’ against the Queen anywhere in the book.’

An excerpt from the new version of Finding Freedom, which is published in the new issue of People, states that the couple believe senior royals have not taken ‘accountability’ – preventing a major thaw in the rift between the Sussexes and the rest of the monarchy.

‘Those three words, “recollections may vary”, did not go unnoticed by the couple, who a close source said were “not surprised” that full ownership was not taken,’ the extract reads.

It then quotes a ‘pal of Meghan’s as saying: ‘Months later and little accountability has been taken. How can you move forward without that?’

The new chapter of the book also documents Harry’s return to the UK in April, when he traveled back to his home country to attend his grandfather Prince Philip’s funeral – with Finding Freedom claiming that the Duke bought a one-way ticket because he didn’t ‘know how the trip would pan out’.

It adds that Harry spoke to his brother Prince William three times in all during the visit, as well as briefly chatting to his father, Prince Charles, after the service – a conversation that helped them to take ‘steps forward in a necessary healing process’, the book claims.

The biography, which was a glowing portrait of the Sussexes by Scobie and his co-author Carolyn Durand first published in August 2020, concludes that the trip ‘broke the ice’ and that the door to a rapprochement is now ‘slightly ajar’.

Stating that Harry and Meghan have no regrets about their actions, despite the toll on their family, the book says: ‘What started [as a] fairytale romance became a story that reinvented the genre – a self-made, independent woman playing an equal role alongside her knight.’ 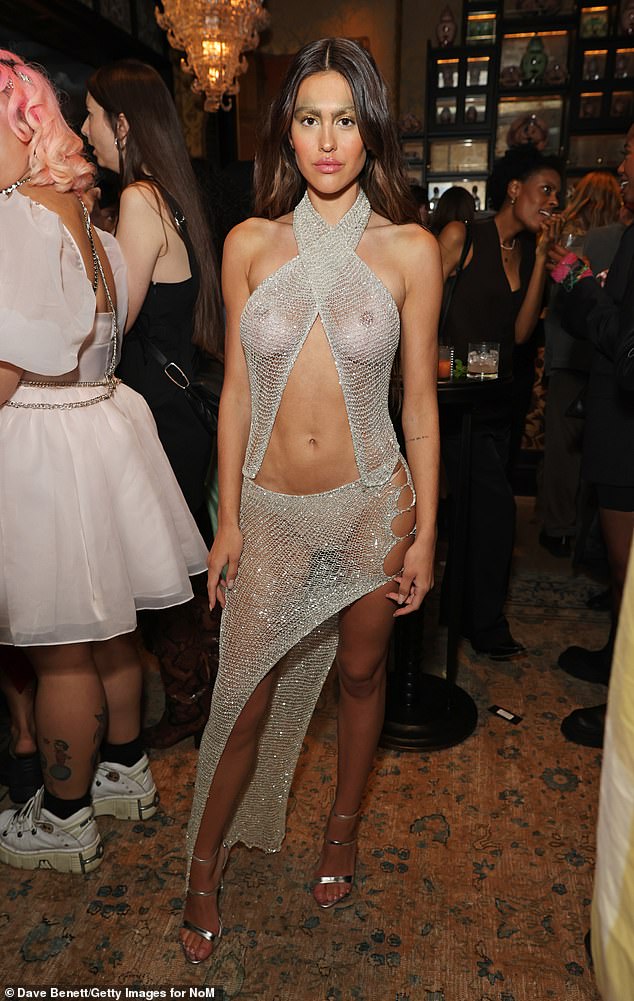 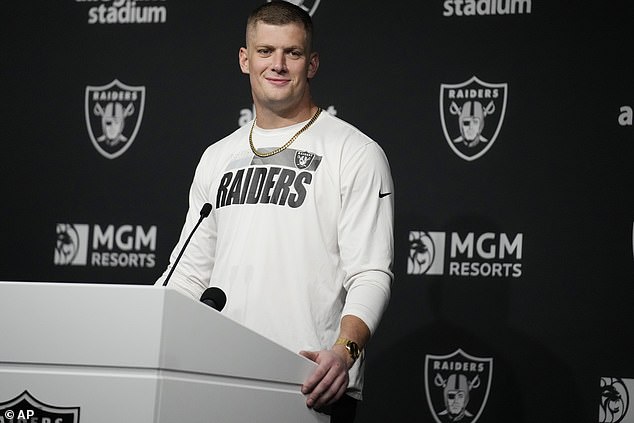 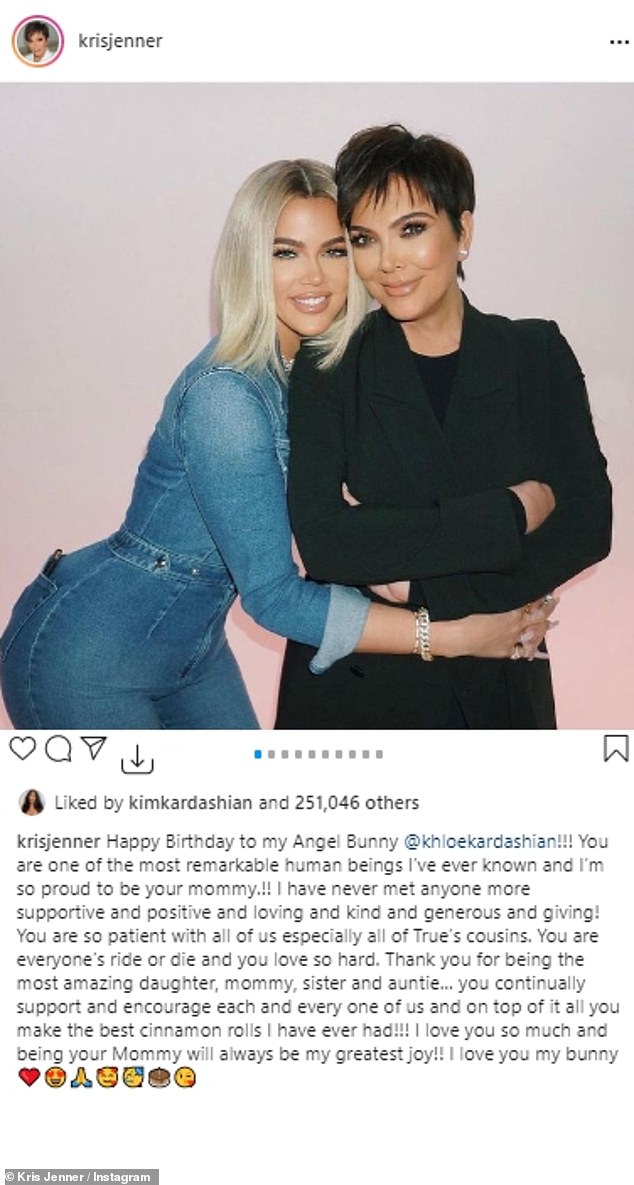 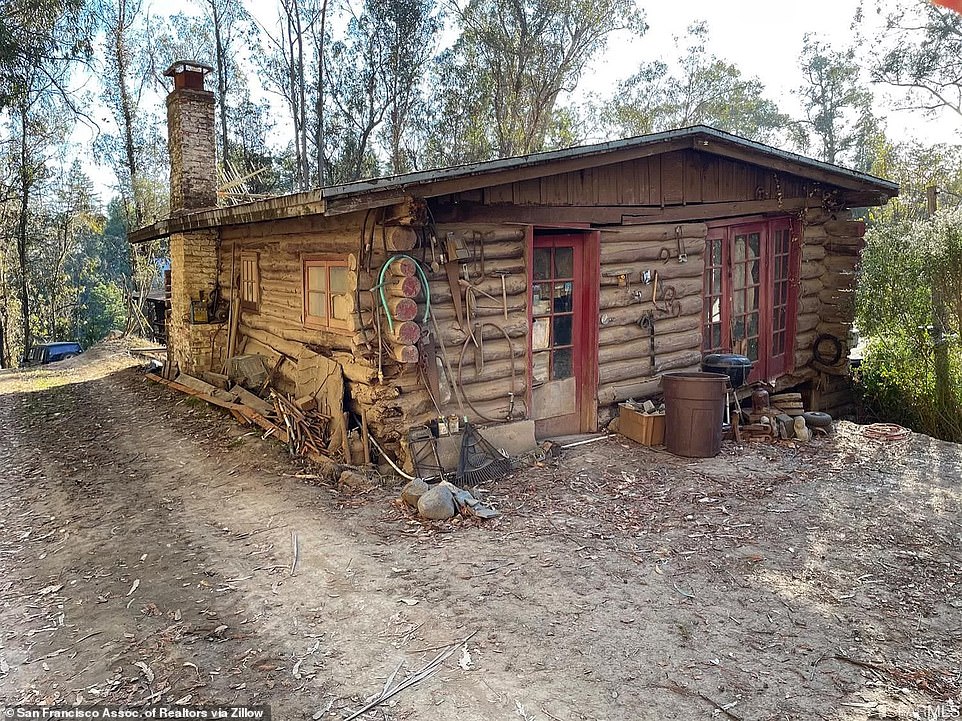