At a press conference on Friday, Adams – a centrist who has taken a tough stance on law and order – questioned why members of his party have not spoken out against Newsome’s calls to violence.

‘I think that this is an excellent moment for the local and state and federal Democratic Party to state: We could have justice without violence,’ Adams said.

‘National, state and city electeds should stand up and say, ‘we will never allow anyone to make those comments,’ that there will be blood in our streets, because you know where that blood ends up? In the streets of our community,’ Adams added.

He spoke two days after a tense meeting at Borough Hall with members of the Black Lives Matter of Greater New York, co-founder of the group Hawk Newsome had some harsh words for the incoming mayor if he went through with his plans to reinstate the NYPD’s plainclothes cop units.

‘If he thinks that they’re going to go back to the old ways of policing, then we are going to take to the streets again. There will be riots, there will be fire and there will be bloodshed because we believe in defending our people,’ Newsome told reporters outside Borough Hall. 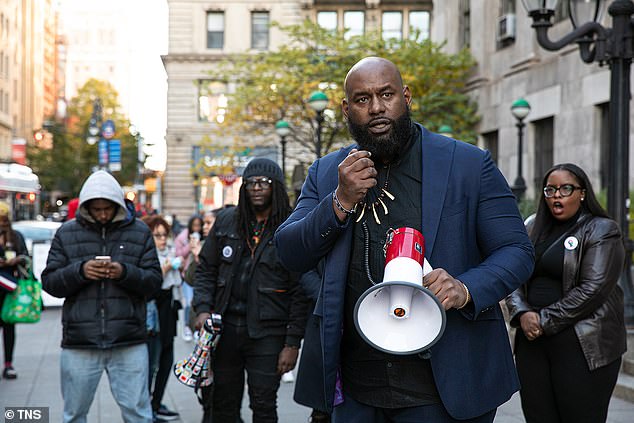 Hawk Newsome (pictured) told reporters ‘There will be riots. There will be fire, and there will be bloodshed,’ if Mayor-elect Eric Adams reinstates the NYPD’s anti-crime units

Newsome said that Adams was trying to distract from the real issue by zeroing in on his threat.

‘So he wants to make this a political circus. What I want is to stick to the issue — what’s the plan?’ Newsome said. 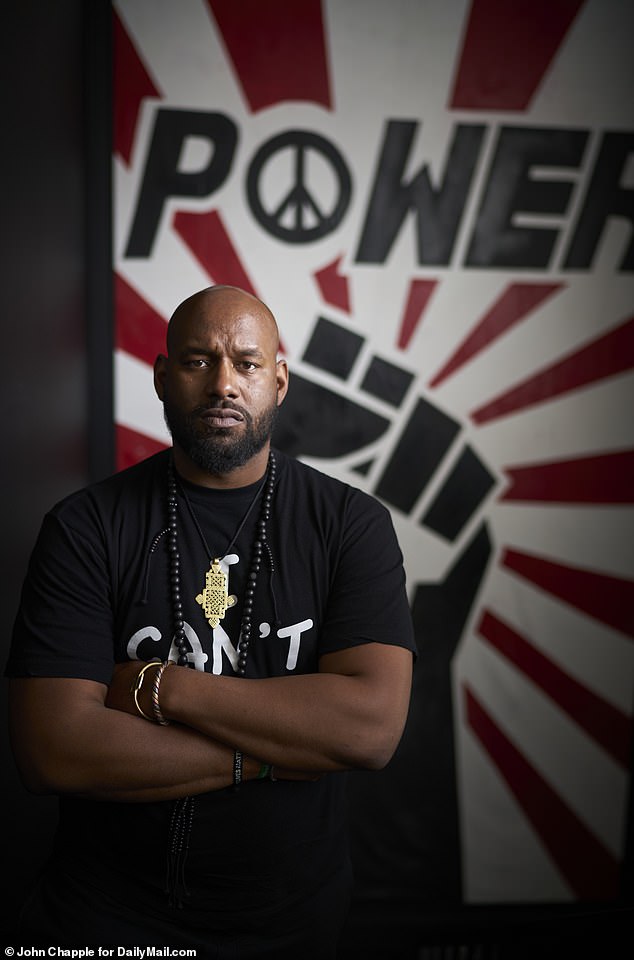 Adams, a moderate candidate, defeated progressive rivals in June’s Democratic primary on a law-and-order ticket, pledging to crack down on violent crime that has soared in New York City since the coronavirus pandemic.

However, on the campaign trail last year, he was criticized by progressive candidates for vowing to reinstate the anti-crime unit.

At the closed-door event on Wednesday, Adams told leaders that as the city’s second black mayor, he was the best-equipped to usher in meaningful socioeconomic and educational change to New York’s communities.

‘There’s one thing that we do agree on, that we need to change conditions that people are living in, historical conditions. And the conditions have not changed,’ Adams said during the discussion, which was live-streamed on Instagram.

And as the city’s second black mayor – after Democrat David Dinkins, who was elected in the early 90s as New York dealt with instances of racial unrest, crime and fiscal turmoil eerily similar to what the city is currently facing amid fallout from the pandemic – he was the person best-suited to bring positive change to the community, Adams said.

‘What I know for sure, is there is no one in this city that’s going to deal with this issue as the mayor of this city better than I’m going to,’ he said. 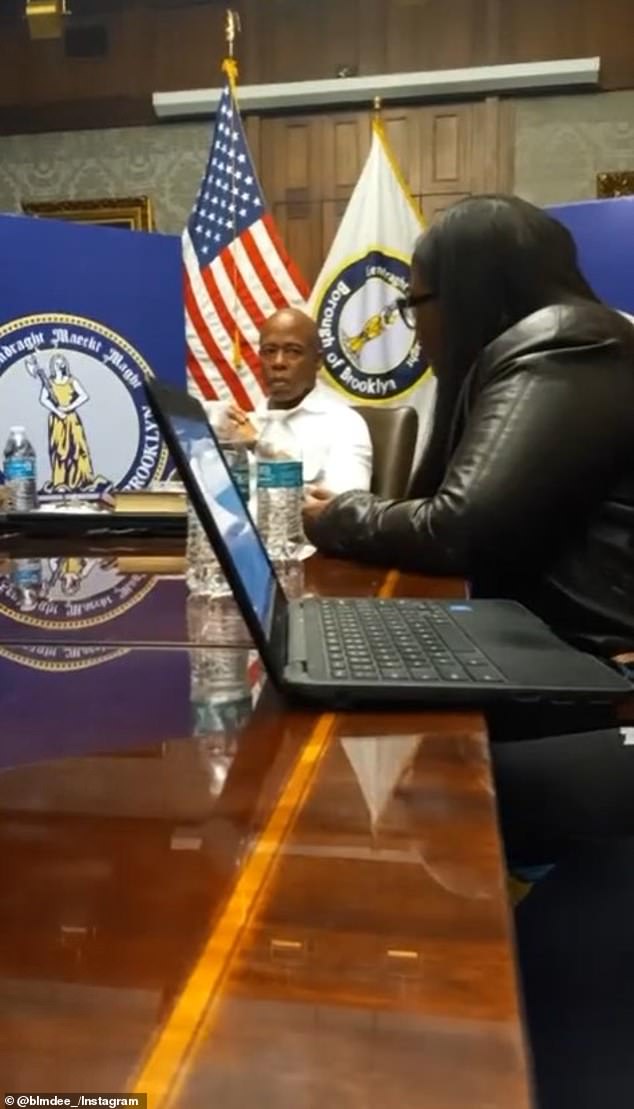 But Adams and the BLM representatives got into a shouting match as they argued over police policies, with the mayor-elect becoming incensed when Hawk Newsome told him the organization would hold him accountable for future NYPD misconduct.

Adams responded: ‘You’re on the ground: Stop the violence in my community. I’m holding you accountable.

‘Don’t hold me accountable,’ Adams went on. ‘Being the mayor, being the borough president, being the state senator — I put my body on the line for my community, so I’m not here for folks to come and say, ‘Eric, we’re gonna hold you accountable.’

Adam’s comments prompted Chivona Newsome to retort: ‘You’re the mayor of New York! There’s only so much we can do.’

Adams said he disagreed, but Chivona Newsome pressed on, telling him that she believes public safety would improve in the city if the mayor creates better jobs and education. ‘That’s a government issue,’ she said.

Adams’ election comes as New York City has been crippled by increasing crime.

Shootings soared across the city last summer after Mayor Bill de Blasio did away with the plainclothes unit in June 2020, after an outpour of anti-police sentiment following George Floyd’s death in Minneapolis and the ‘defund the police’ movement.

Violent crime has since continued to escalate in New York City, with total crime up 2.6% in September 2021 compared to September 2020.

The data recorded 89 shooting victims 17 years old and younger from January 1 to September 26 of this year. In 2019, there were 45 shooting victims in that age group during the same time period.

Of those injured in shootings, 16 young people were killed by gun violence between January 1 and September 26, 2021 – an increase of more than 136 percent compared with the same time period in 2019, when three children or teens were killed.

According to the NYPD’s latest monthly numbers, overall crime was up 1.73 percent last month compared with November 2020. Felony assault was up by 8.3 percent and robbery rose by 2.1 percent. 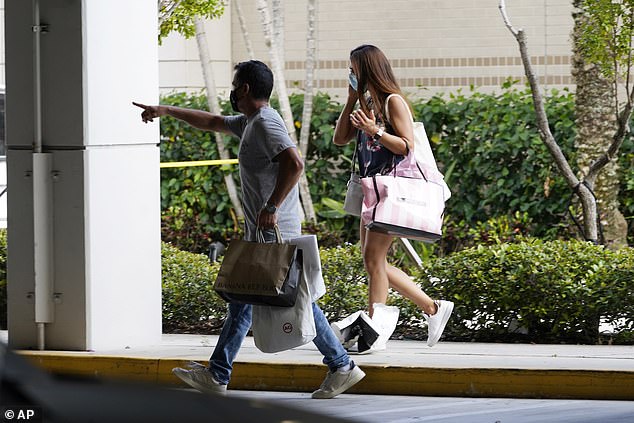 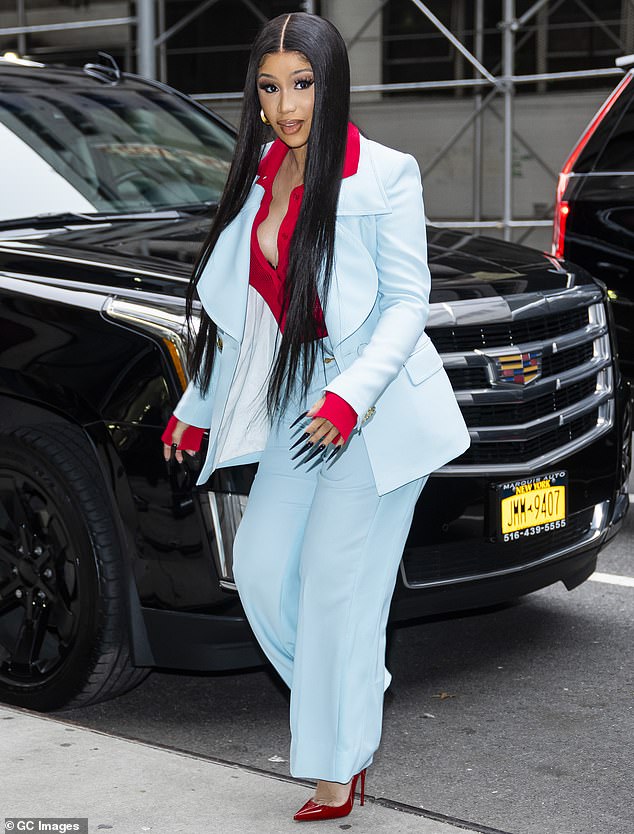 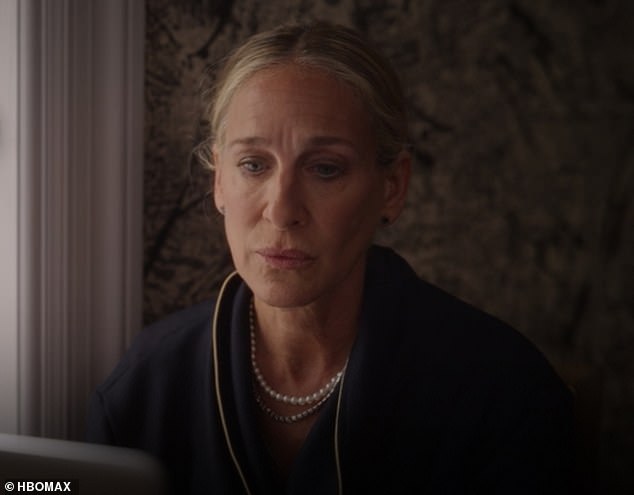