Bill de Blasio, mayor of New York City, is not standing down after city small business leaders criticized the sweeping vaccine mandates he announced on Monday.

On Monday, the mayor announced that private sector employees, working in-person in an environment where there is more than one employee present, would be subject to a vaccine mandate with no testing opt-out allowed.

His mandate will also force children as young as five to show proof of having received two vaccine shots to enter dining, fitness or  entertainment establishments.

He received criticism from small business leaders in the state, including one who said she had been ‘blindsided’ by his decision, that he says will affect an estimated 184,000 businesses.

Others say they fear it will exacerbate the ongoing labor shortage, making employers lose some of their workers during a time where many are already short-staffed.

They fear the new mandates for customers will also cost them business in a period that is already unstable due to the pandemic.

The bombshell vaccine mandate – announced just four days before most private sector employees knock off for the holidays – will begin on December 27, though the mayor says more information will be available on the initiative on December 15.

Around 80 percent of New York City adults are fully vaccinated, according to official data, though city officials could not provide DailyMail.com with figures about how vaccinated the city’s workforce is.

De Blasio told CNN Tuesday morning that health experts want these types of mandates to go into effect in the wake of the Omicron variant being discovered within the city.

He said that no one should be surprised by his mandates as the Omicron variant becomes more prevalent and cases in the city begin to grow overall.

New York state is the nation’s leader in Omicron cases, now having tallied 12 after discovering four more on Monday night.

At least seven of those cases are among people who tested positive in New York City, with another case found in Minnesota being a man who had recently traveled to the city.

Omicron is also being detected in more areas of the country, with both Texas and Massachusetts recording cases of the new variant on Tuesday morning, bringing the total states to detect an Omicron case up to 18. 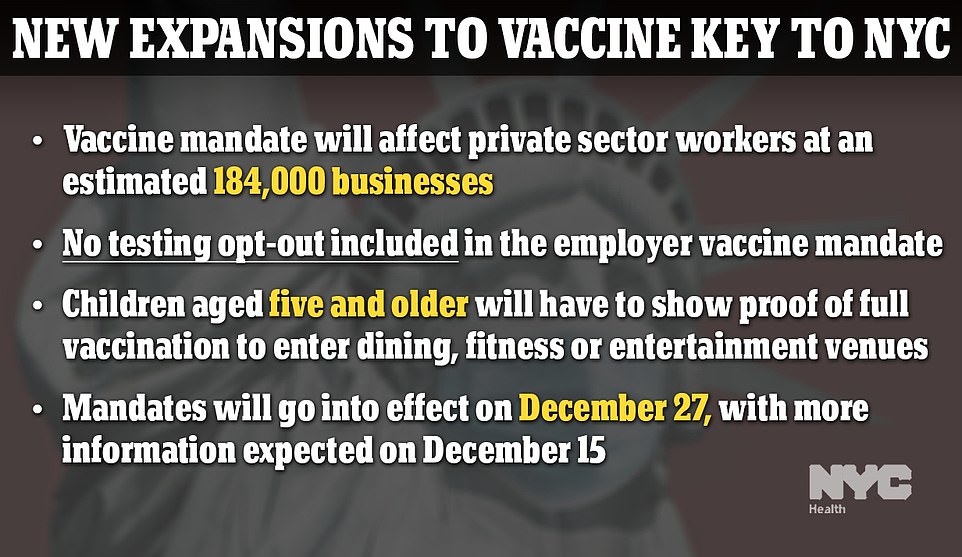 The mandates announced the mayor include a vaccine mandate for private sector employees working in-person, without a testing option and children over five being required to show proof of vaccine before entering dining, entertainment or fitness venues

‘I don’t anyone should be surprised. With what we’re seeing with the Omicron variant, with extraordinary growth of cases that we’re experiencing in this city and all over this country,’ de Blasio told CNN.

He said that the city’s health leadership asked for these kinds of mandates to go into place to control the spread of Covid, and prevent another outbreak of the virus that would cripple the city – like what happened in spring of 2020.

The Omicron variant was first discovered by South African health officials in late November, and has quickly spread across the world.

It has more than 50 mutations – more than any other known Covid variant – including more than 30 on the spike protein which the vaccines target.

While experts are not yet sure, they believe the new variant could be the most infectious yet and might even be able to evade vaccine immunity.

Cases detected of the variant so far have been relatively mild compared to those of other strains, though, and Dr Anthony Fauci, American’s top infectious disease expert, said Tuesday that the variant is ‘almost certainly’ not more severe than the Delta variant.

The mayor said that while the move in response to Omicron was sudden, he knows what business leaders want because of previous conversations he had with them related to the Delta variant.

He said that government action like this makes things easier for businesses,

‘They like to see the government lead the way,’ de Blasio said about small business owners.

The worst case scenario, according to the mayor, is the city being forced to shut down businesses once again due to rampant spread of the virus, as that would ruin people’s livelihoods.

He calls this strategy a ‘pre-emptive strike’ and a way to act, and prevent the spread of Omicron before it is allowed to spread and potentially put small businesses at risk once again. 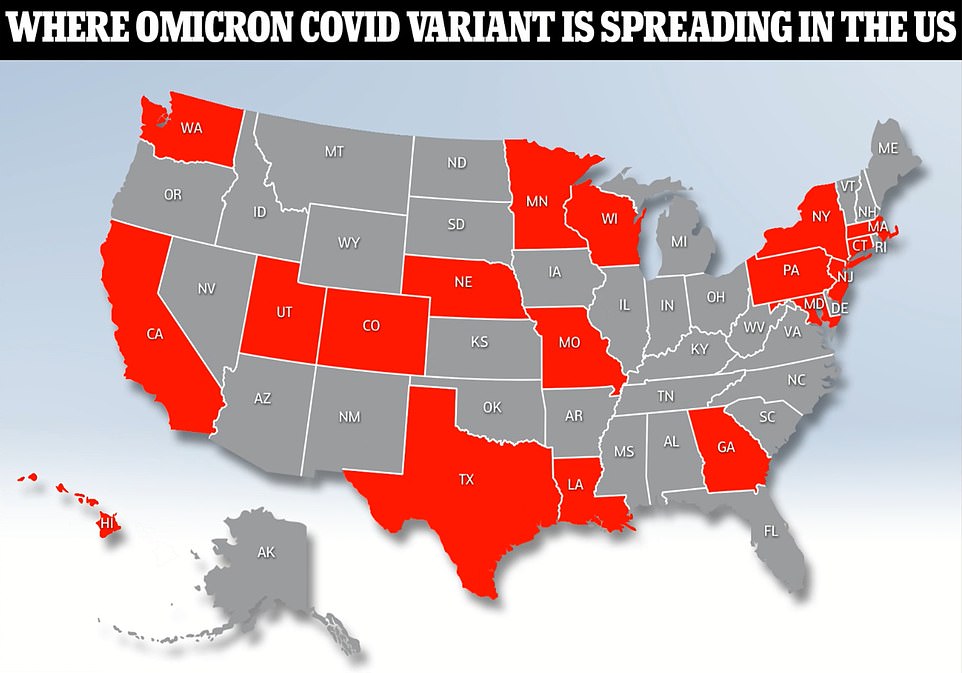 The Omicron COVID-19 variant has been detected in 18 U.S. states, with Texas being the latest the join the group on Tuesday morning 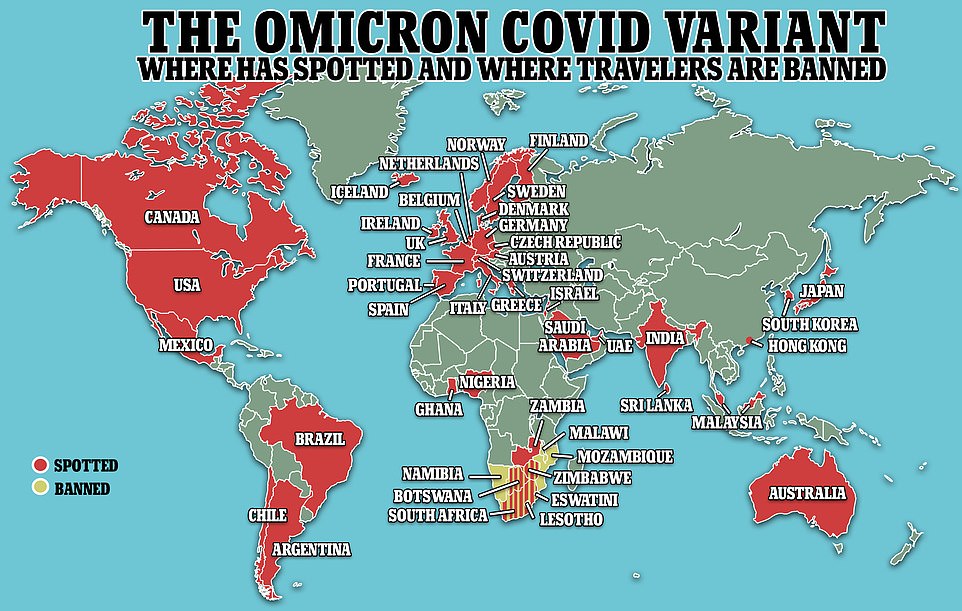 Not all small business leaders agree, though, with  Alex Yonatanov, who owns the Ace of Bladez barbershop in downtown Manhattan, telling DailyMail.com it could cost him employees.

While Yonatanov is vaccinated he says that not all of his employees are.

‘If the person doesn’t want to take the vaccine, you lose the employee. Either way there’s a shortage of employees right now. This is unbelievable. If he does that mandate, we’re gonna lose more employees,’ he told DailyMail.com at his shop on Monday.

Another barber, Luis Concha, owner of Well Kept Barbershop in Queen said: ‘I’m not too happy with it. Now employees are gonna lose money. I’ll have to let go of people and things like that – it’s just overall bad for business.’

De Blasio is unmoved by criticism by some of the city’s small business owners, though, and even encourages other leaders around the country to implement the same mandates that he did.

‘My message [to] every governor, every mayor in America, get in place some mandates before its too late,’ de Blasio said.

The mayor is currently on his way out, and will be out of office on January 1, only days after his mandate goes into effect of December 27.

The current mayor told CNN that he has spoken to Adams, and is confident that he would trust science when making a decision of whether to keep the mandate in place – though he did not give any indication the the incoming mayor would decide in either direction.

A spokesman for Adams, who is in Ghana, said Monday that: ‘The mayor-elect will evaluate this mandate and other Covid strategies when he is in office and make determinations based on science, efficacy and the advice of health professionals.’ 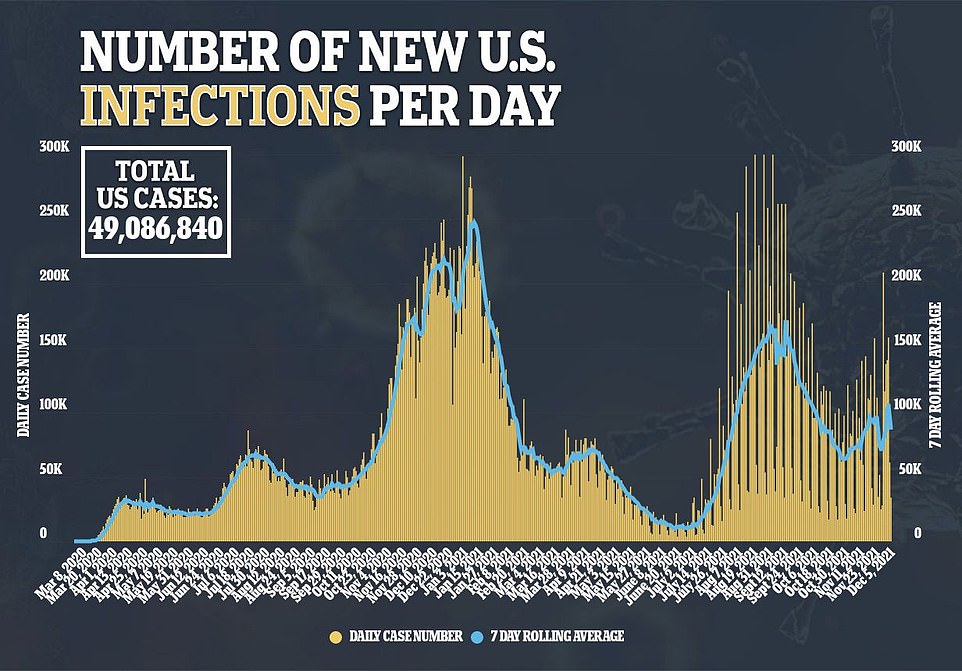 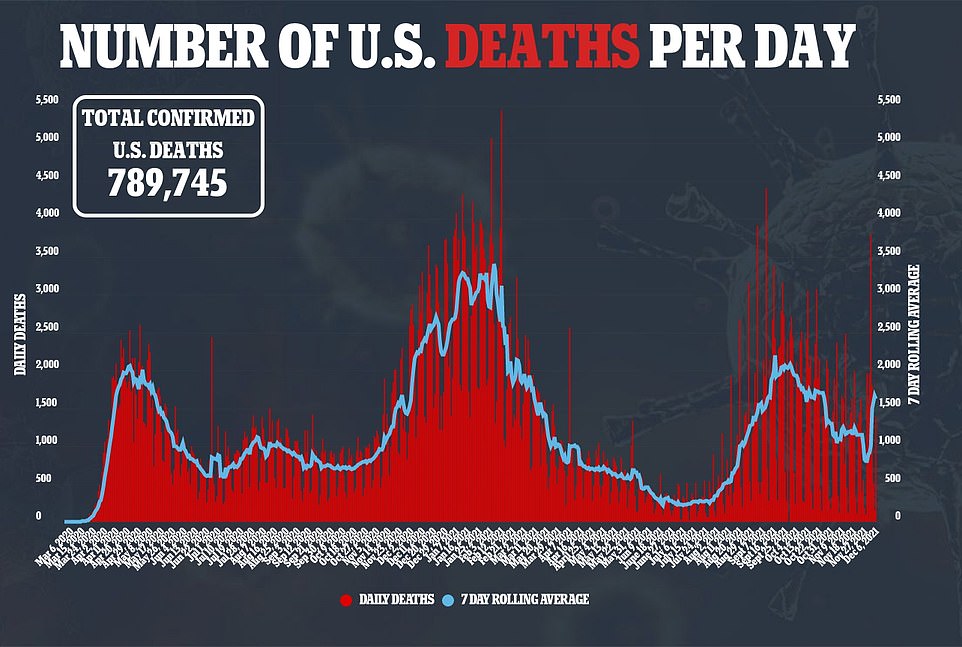 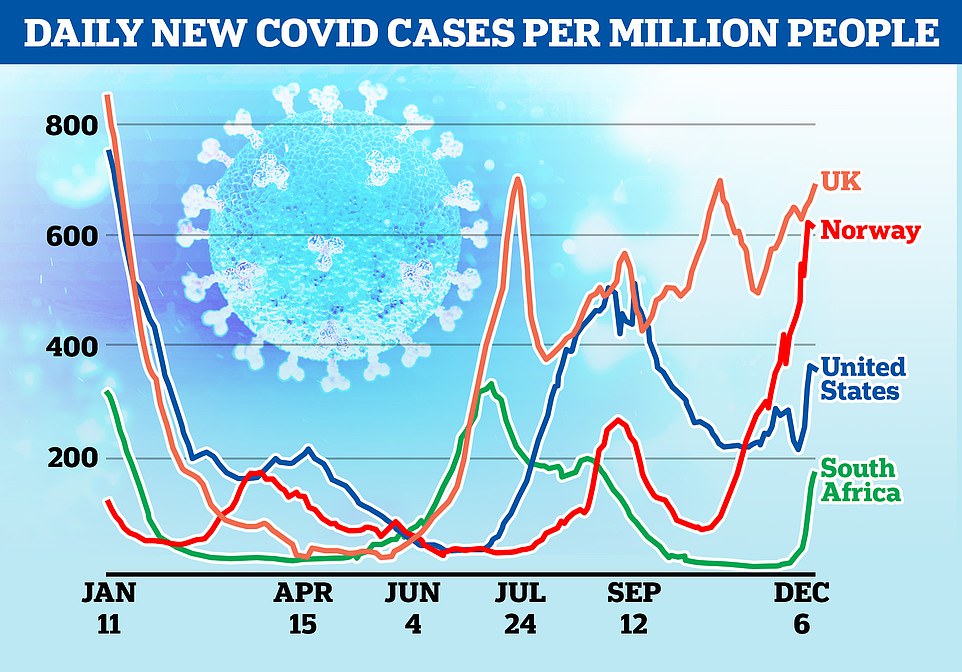 Elsewhere in the state, four more cases of the Omicron variant were detected in New York, announced Governor Kathy Hochul on Monday night.

That brings the state’s case total up to 12, the most of any U.S. state, with at least seven of those cases and one detected in Minnesota being tied to New York City.

Both Texas and Massachusetts joined the growing list of states to sequence a case of the variant as well, with both recording their first confirmed Omicron case on Tuesday morning.

The Texas case was confirmed in a Harris County woman in her 40s. Her vaccination status was not reported.

While Harris county includes Houston, Texas, health officials say it was from the northwest portion of the county, far from the metro area.

She had no recent travel history, meaning she contracted the variant from another infected person in her local area.

A fully vaccinated woman in her 20s became the first person in Massachusetts to have a confirmed case of the Omicron variant.

Her symptoms were mild and already resolved, according to health officials. She is from Middlesex County, just outside of Boston.

‘We have to be vigilant,’ Michelle Wu, the recently elected Boston mayor said

‘We’re very much still in the pandemic, and the best thing we can do is to continue getting people vaccinated.’

In total, 40 cases of the variant have been confirmed in the U.S. as of Tuesday morning, though the real figure is likely much higher.

A majority of Americans, 60 percent, are fully vaccinated as of December 7.

Cases in the country are rising once again, though, approaching 120,000 new cases per day, a mark not reached since late-September, when the Delta variant was rampantly spreading nationwide. 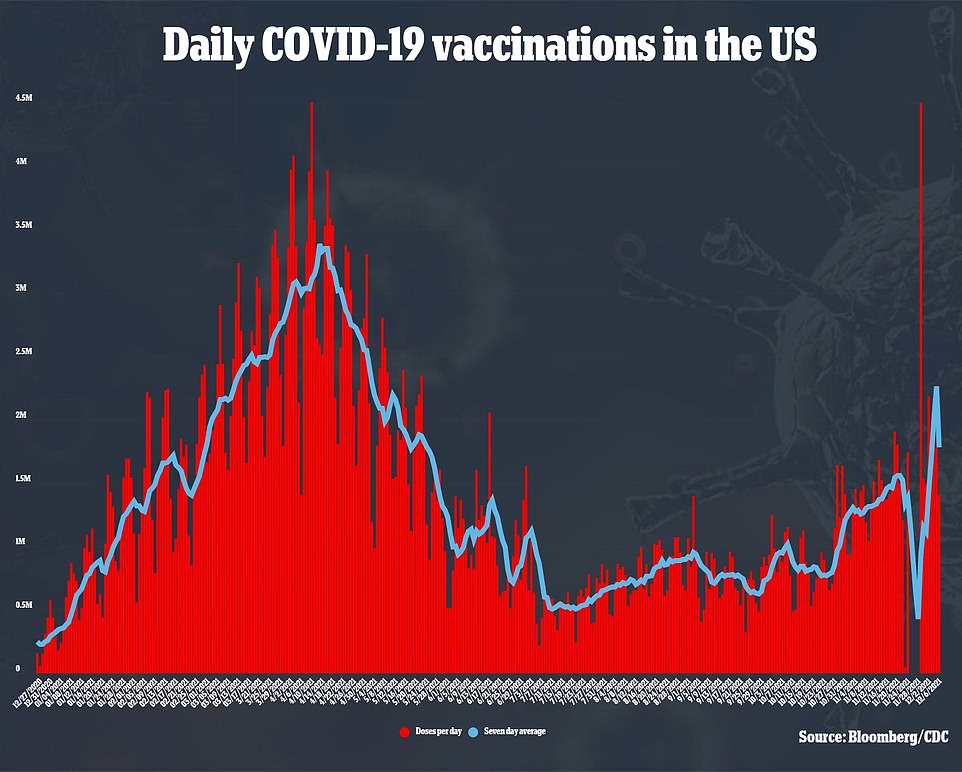 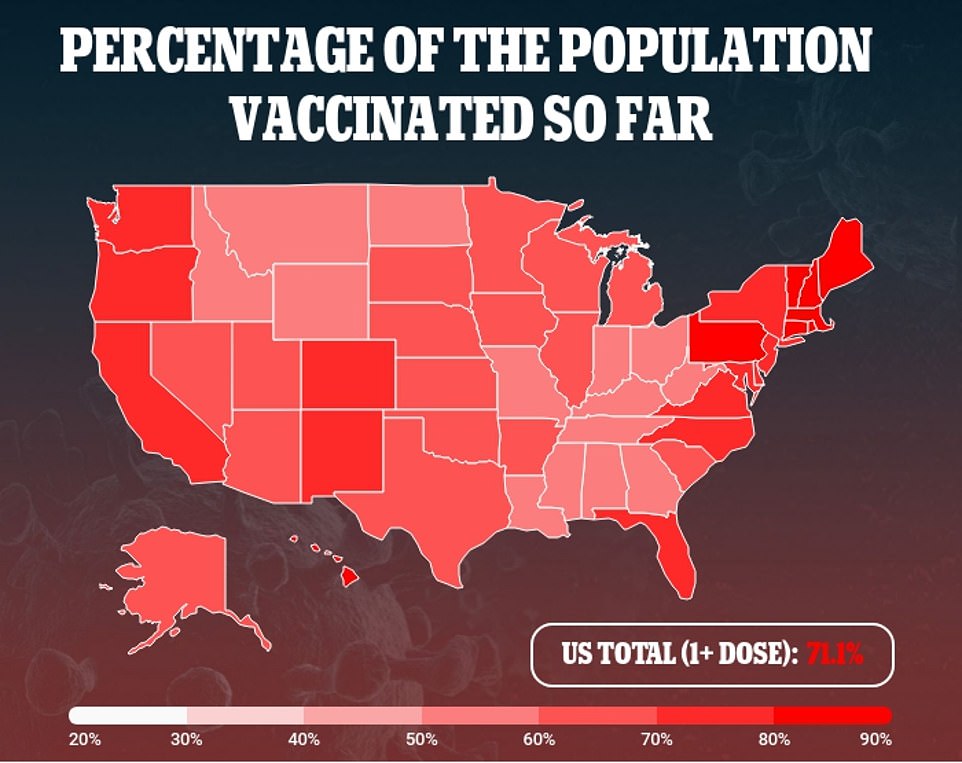 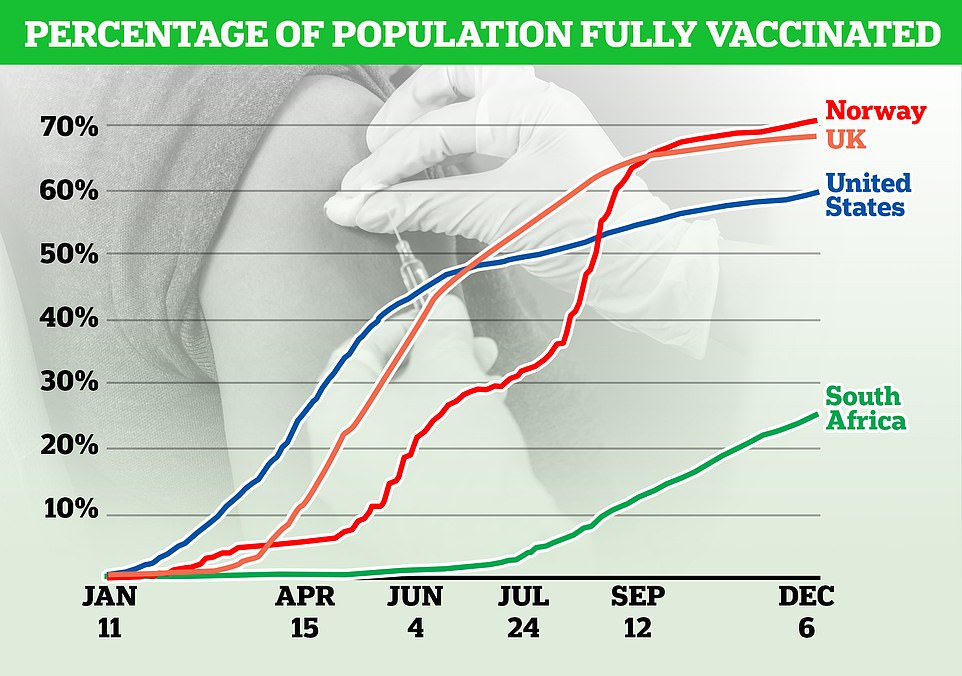 The UK currently leads the world in confirmed Omicron cases, having logged 336 as of Tuesday morning, accounting for one in every four of the over 1,300 cases confirmed nationwide.

Health officials across the pond are warning that even though this new variant is believed to be more mild than others, it may put large stress on the country’s hospital system due to how easily it spreads.

So far in the UK, a majority of cases have been detected in vaccinated people. Prime Minister Boris Johnson is responding by speeding up the country’s Covid booster rollout to give residents extra protection.

The UK is outpacing the U.S. with its vaccine rollout, with nearly 70 percent of the countries population being fully immunized against the virus.

Many nations are also instituting vaccine mandates to help fight against the variant, though the policies are controversial and have even been condemned by some health officials.

Austria, for example, will make vaccines compulsory starting in February, and has kept the unvaccinated population in lockdown while the vaccinated are free.

Several European cities have seen protests in recent days as officials instituted lockdowns, vaccine mandates and other measure to help curb the spread of the Omicron variant.

Many European countries are among the leader in Omicron cases, though, with Denmark, 261 cases; Portugal, 28; and France, 25; joining the UK among the 11 nations which have sequenced 25 cases or more.

The World Health Organization has also spoken out against vaccine mandates, with Hans Kluge, the organizations Europe director, saying these mandates should only be used as a last resort.

In the U.S., President Biden is attempting to institute a vaccine mandate for all employers with more than 100 workers, though the order has been halted by federal courts.

South Africa, where the variant was first detected, has since suffered a massive surge in Covid cases in recent weeks.

The nation is currently averaging over 10,000 cases per day, a 30-fold increase from the 300 case per day average the country was at in mid-November.

President Cyril Ramaphosa said earlier this week that around one in every four Covid tests being adminsitered in South Africa are coming back positive, only weeks after the positivity rate was around two percent.

The country has sequenced the third-most Omicron cases of any nation, with 228 being recorded as of Tuesday afternoon. 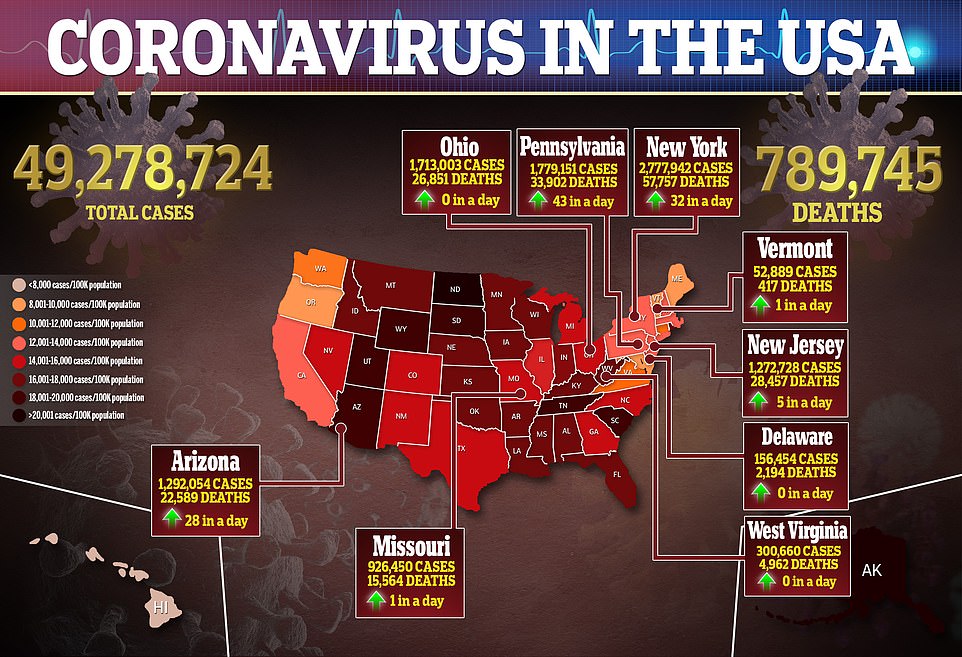 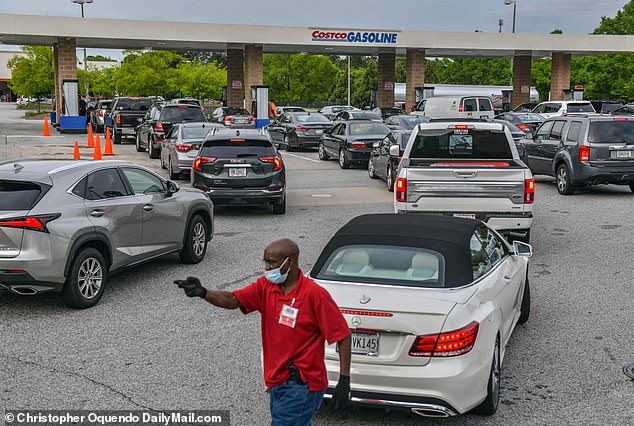 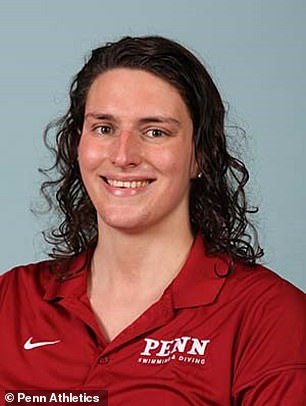 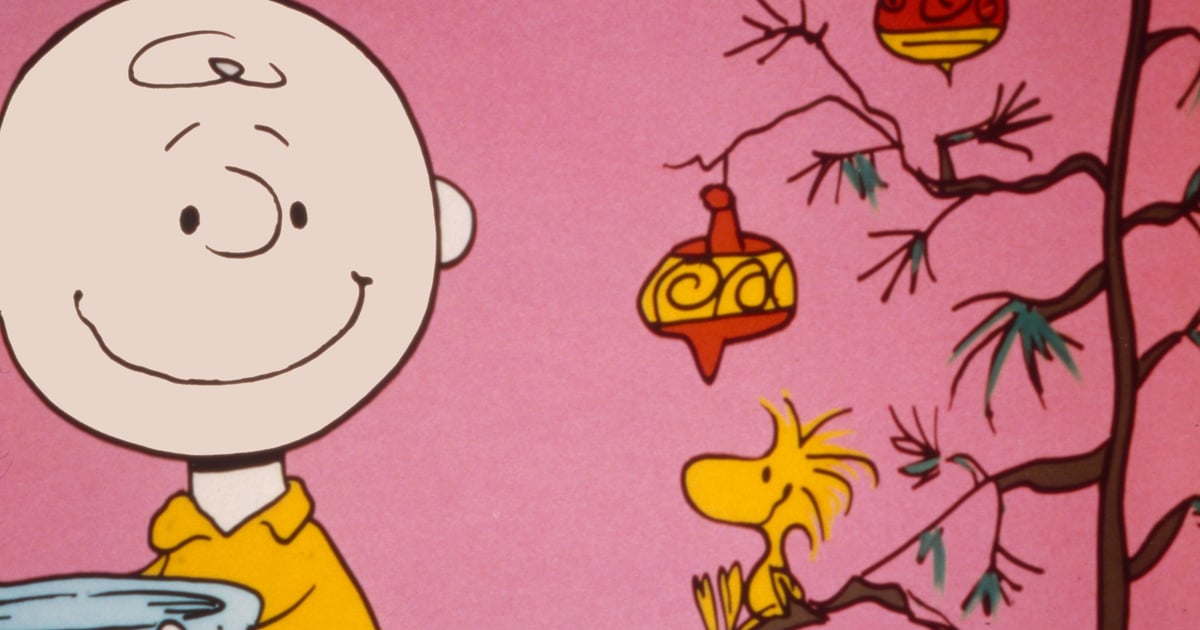