North Carolina boy, 12, opens fire and kills a home intruder, 19, who shot his 73-year-old grandmother in the leg

Linda Ellis, 73, was shot in the leg by home intruders in North Carolina on Saturday before her 12-year-old grandson rushed to her defense at shot at the men

A North Carolina man died on Saturday after he broke into the home of a 73-year-old woman and was fatally shot by her 12-year-old grandson who was trying to defend her.

Two masked robbers entered the home of Linda Ellis in Goldsboro at around 1am on Saturday, where they demanded money and shot the grandmother in the leg.

Ellis’ grandson fired back at the two intruders in self-defense and they fled.

Khalil Herring, 19, was later found at an intersection a half block from the apartment.

He was taken to Wayne UNC Health Care where he later died of his injuries.

Police say they found evidence that Herring was one of the two masked men in the apartment.

‘Preliminary evidence suggest Khalil Herring was one of the two masked intruders and was shot during the robbery,’ officials said in a statement.

‘A 12-year-old juvenile occupant of the residence shot at the suspects with a firearm in self-defense, causing them to flee the area’. 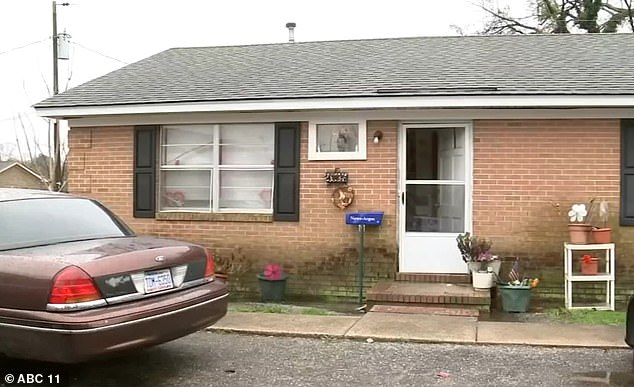 Two masked men broke into Ellis’ home in Goldsboro, North Carolina, at around 1am Saturday 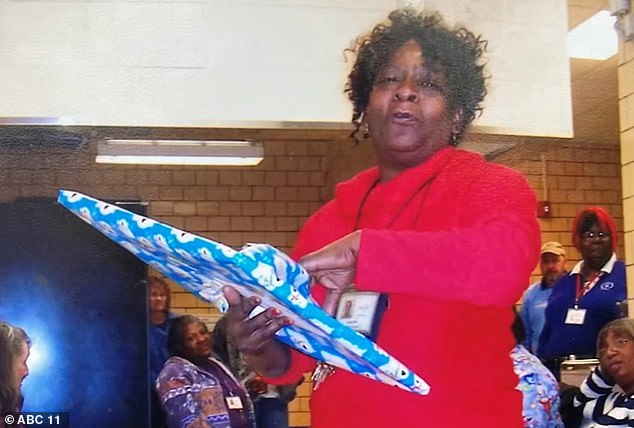 Ellis and suspect Khalil Herring were injured. Herring, 19, died of his injuries

Ellis was also taken to the hospital where her family say she is in a good condition and expected to be released on Monday.

‘They came in the house, I open the door, I open it, and they came in there,’ Randolph Bunn, who is Ellis’ son and the boy’s grand-uncle, told ABC 11.

‘One guy had a gun. They just put me down on the ground… [Ellis] was in the kitchen, I don’t know why they shot her. 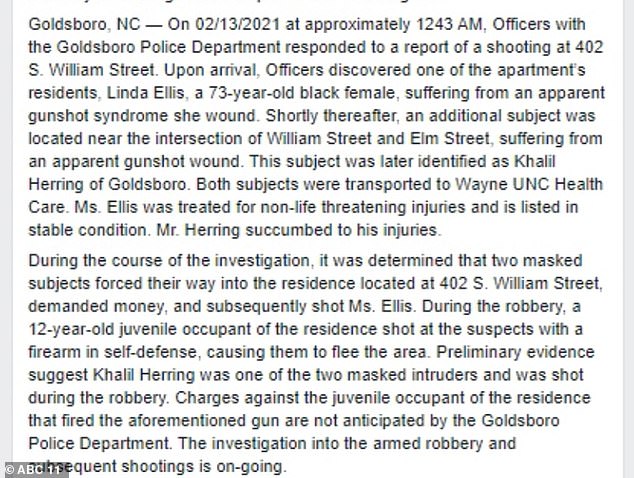 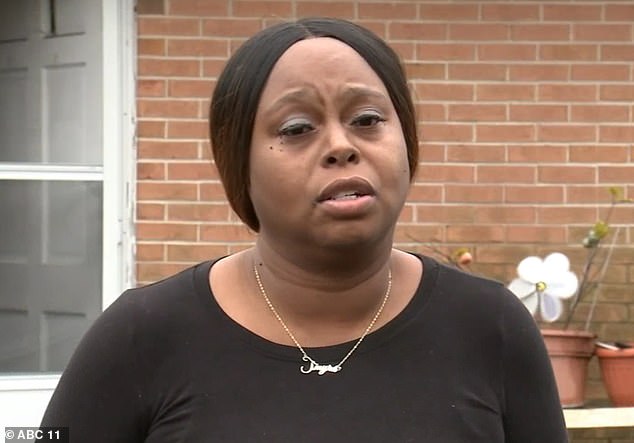 Ellis’ great niece Chiquita Coley added that she couldn’t believe it when she received a call about the attempted robbery.

‘My phone was constantly ringing, and ringing and ringing,’ Coley said. ‘I just couldn’t believe she been shot because she’s a good person.’

‘Why would somebody come into her house and do this? It’s got to stop,’ she continued, adding that her aunt was much loved in the community.

‘I don’t know what they’re thinking around here in Goldsboro, but it’s got to stop.’

Charges are not expected to be brought against the 12-year-old, cops say, but the investigation is ongoing.

Coley said that the young boy and the rest of the family is ‘holding it together’.

Police say they have yet to make any other arrests regarding the second suspect in the home invasion.

Anyone with information about this crime, or any other crime in the Wayne County area is asked to call or text Crime Stoppers at 919-735-2255. 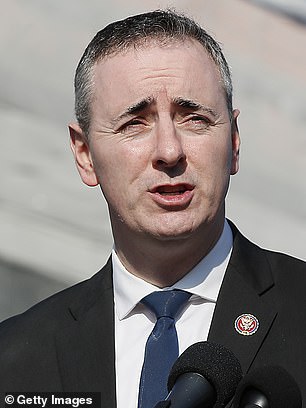 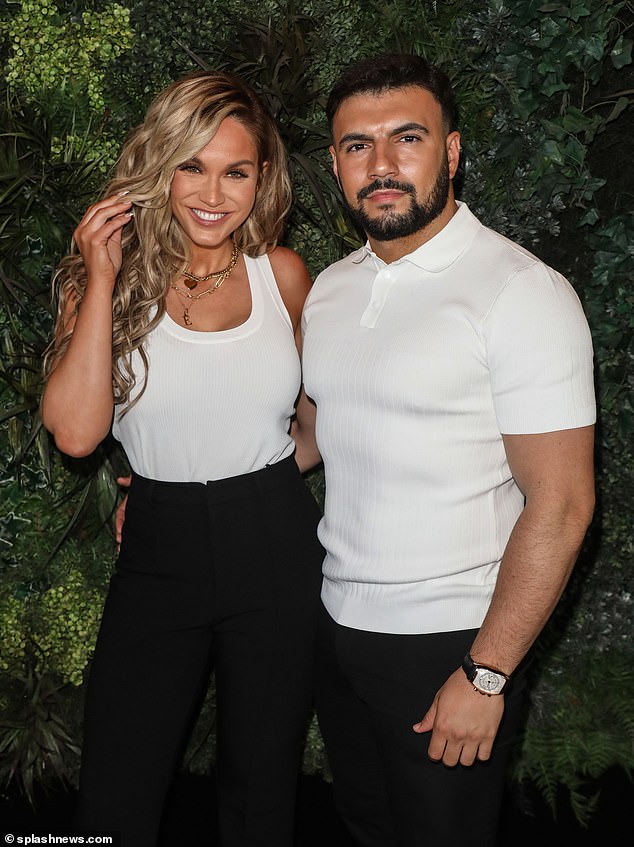 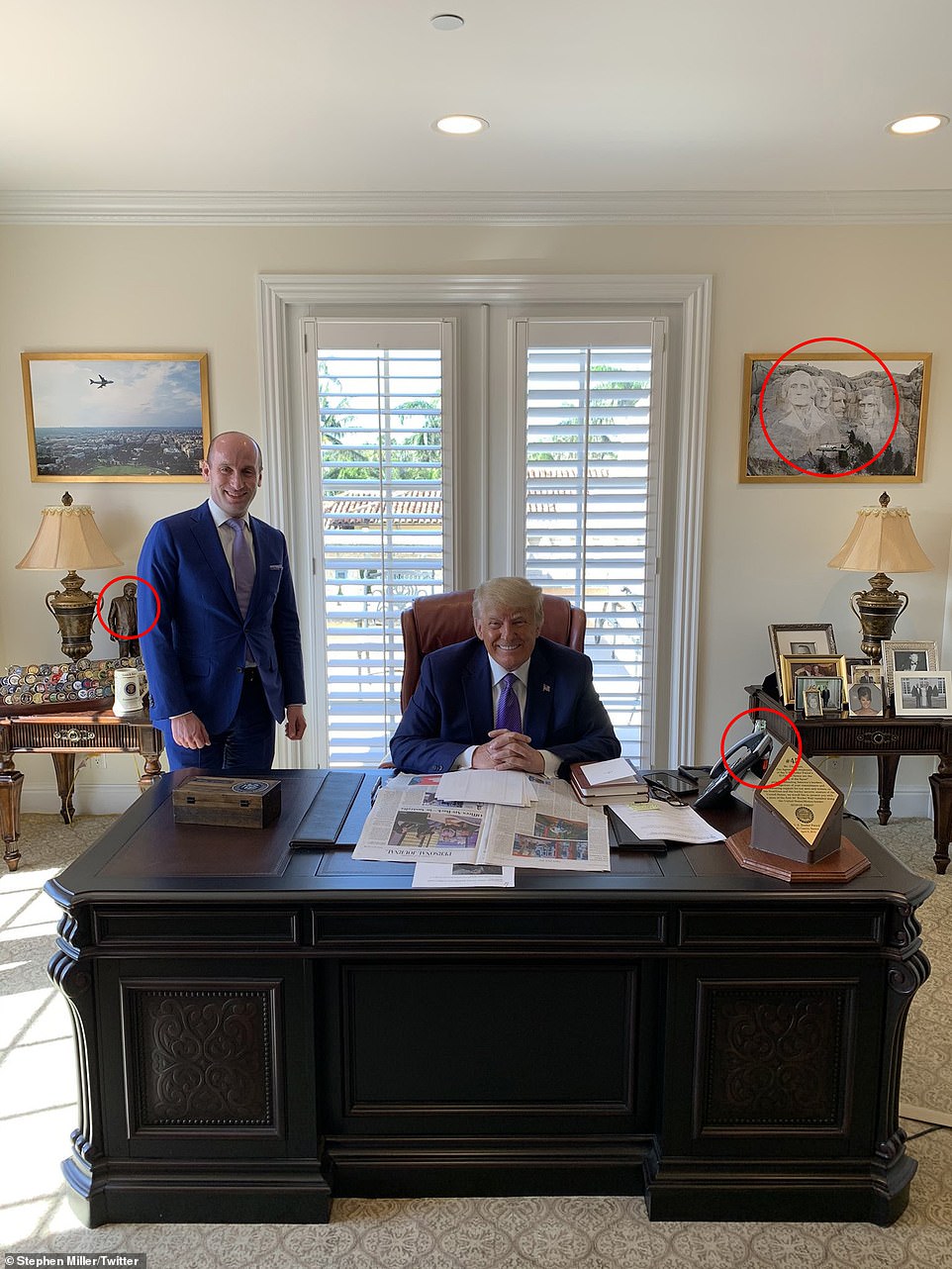