It is one of the most hotly anticipated films of the year and the stars made sure to pull out all the fashion stops for the No Time To Die premiere in London tonight.

Stars Ana de Armas, Naomie Harris and Lashana Lynch led the glamour in breathtaking evening gowns as they joined leading man Daniel Craig, who was dapper in a pink dinner jacket, at the Royal Albert Hall.

Despite the wet weather, the stars were still dressed to the nines in showstopping frocks, with Lashana standing out in a vibrant yellow Vivienne Westwood Couture ballgown with a voluminous black skirt and dramatic asymmetric neckline.

Elsewhere Naomie opted for a sleek white column evening dress with cut-out detailing on the bodice and delicate shoestring straps. Typically sophisticated, she kept accessories to a minimum but did add a beaded strand to her hair.

One of the fashion misses of the night was reality TV star Kimberly Gardner, who flashed her underwear in an attention-grabbing white gown with a dramatic side slit. The cut of the dress revealed the entirety of her leg – and a glimpse of what she was wearing underneath – as she walked the red carpet.

… And the misses: One of the fashion misses of the night was reality TV star Kimberley Garner, left, who flashed her underwear in an attention-grabbing white gown with a dramatic side slit. Right, Billie Eilish, who wrote the No Time To Die theme song, eschewed a glamorous evening dress for a boxy black suit in a shimmering black fabric with matching shirt 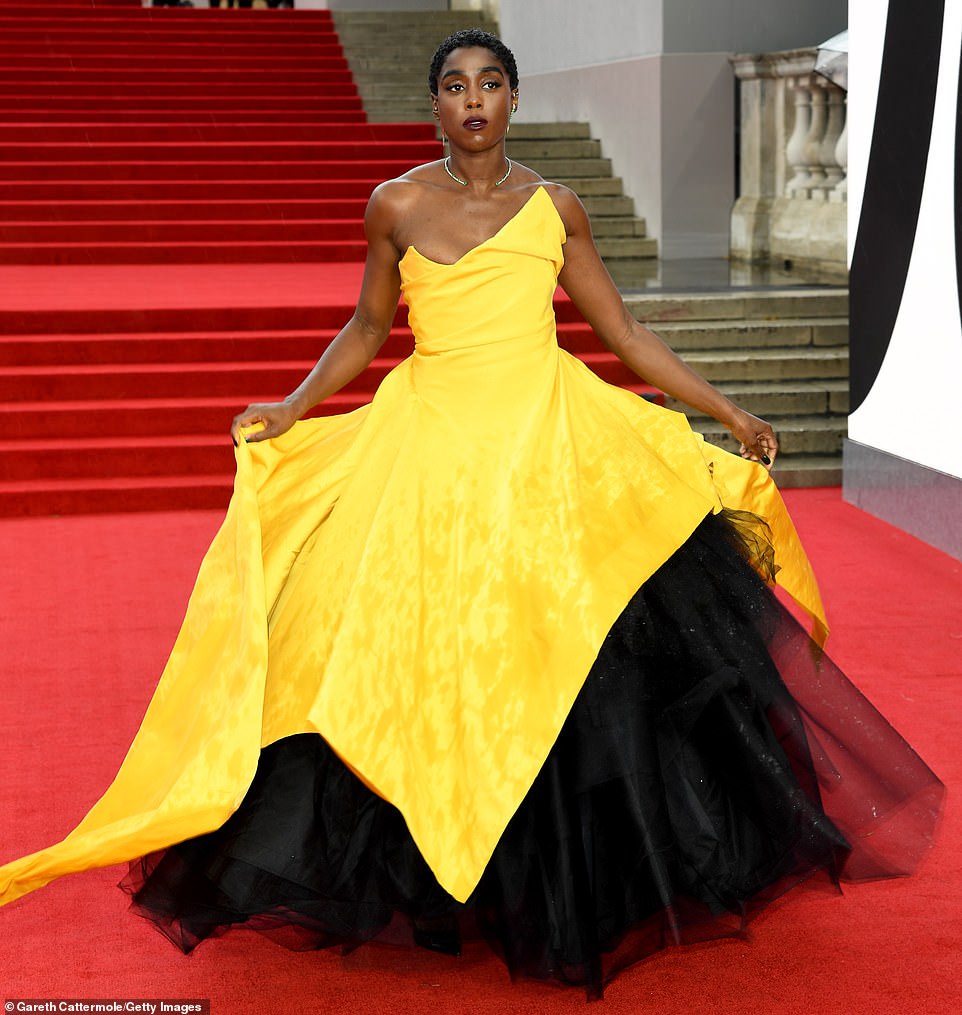 Bright and beautiful! Lashana Lynch stood out in a vibrant yellow Vivienne Westwood Couture ballgown with a voluminous black skirt and dramatic asymmetric neckline. She struck a pose as she walked the red carpet at the Royal Albert Hall 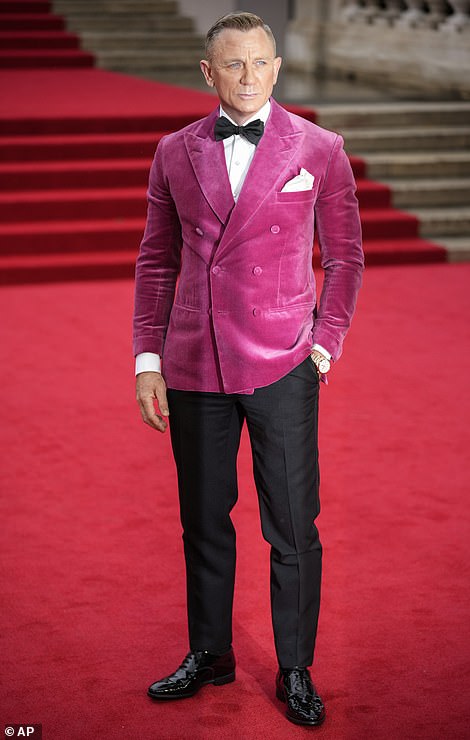 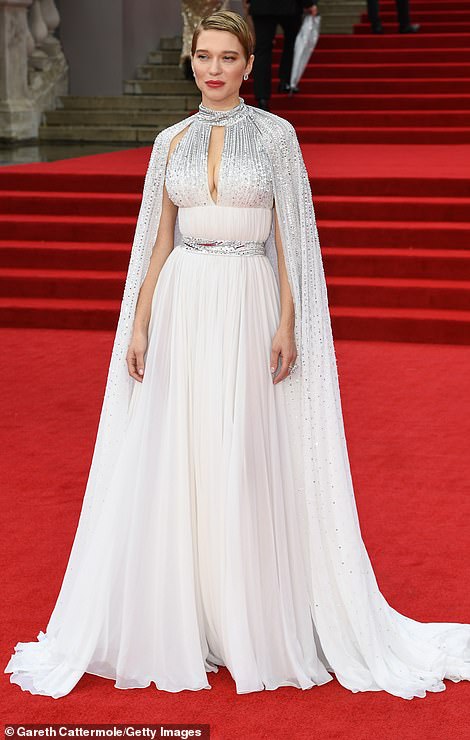 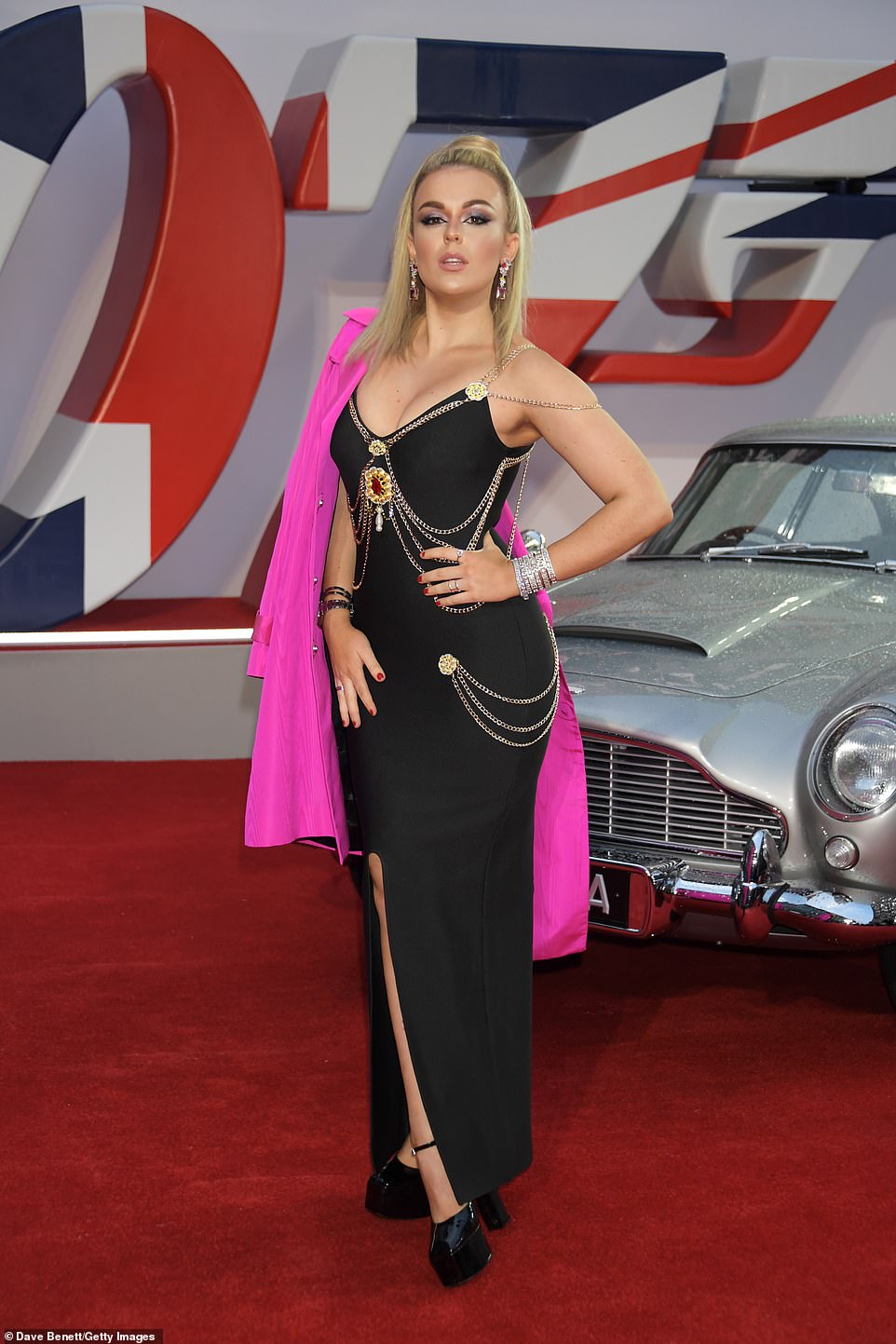 All eyes on her: Tennis champion Emma Raducanu made sure all eyes were on her when she stepped out wearing a beautiful Grecian-inspired gown which she accessorised with Tiffany & Co. jewels

Epitome of elegance: Dame Judi Dench proved less really is more in a sweeping black ensemble of a top, trousers and flowing long shawl with embellishment. Right, Phoebe Waller-Bridge played with contrast in a black disco jumpsuit and cream coat

Meanwhile Billie Eilish, who wrote the No Time To Die theme song, eschewed a glamorous evening dress for a boxy black suit in a shimmering black fabric with matching shirt, which she wore with Gucci platform slides. The oversized, baggy shape did little to accentuate her figure.

Cuban-Spanish actress Ana de Armas stepped out in a slinky black satin evening gown with a plunging neckline and thigh slit that revealed most of her leg. The dress featured chunky chain effect straps that brought a touch of edge to the otherwise refined ensemble.

The actress, who previously dated Ben Affleck, wore her brunette locks in a long bob with a trendy blunt fringe.

The dress featured a cut-out neckline, cinched at the waist and spilled out into a full skirt. The French actress wore her hair in a short, sleek crop that was swept to the side and sported a glamorous make-up look using several Charlotte Tilbury proudcts. 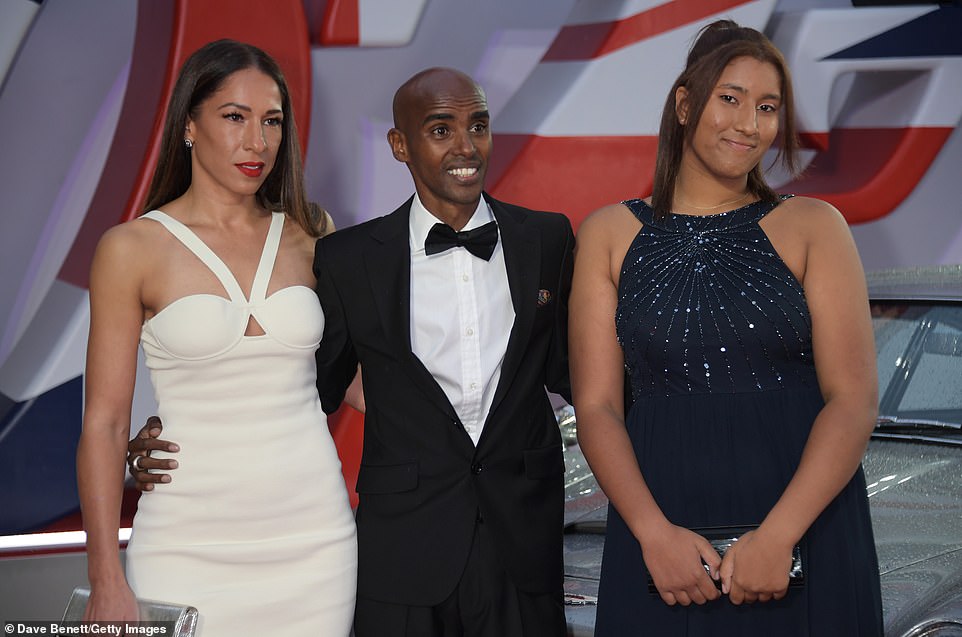 Delighted: Sir Mo Farah appeared delighted to be out in the name of film and posed alongside his wife Tania and daughter Rhianna

All-black: The Grammy-winner, 19, looked typically stylish in an all-black look and added height to her frame in chunky open-toe platform shoes 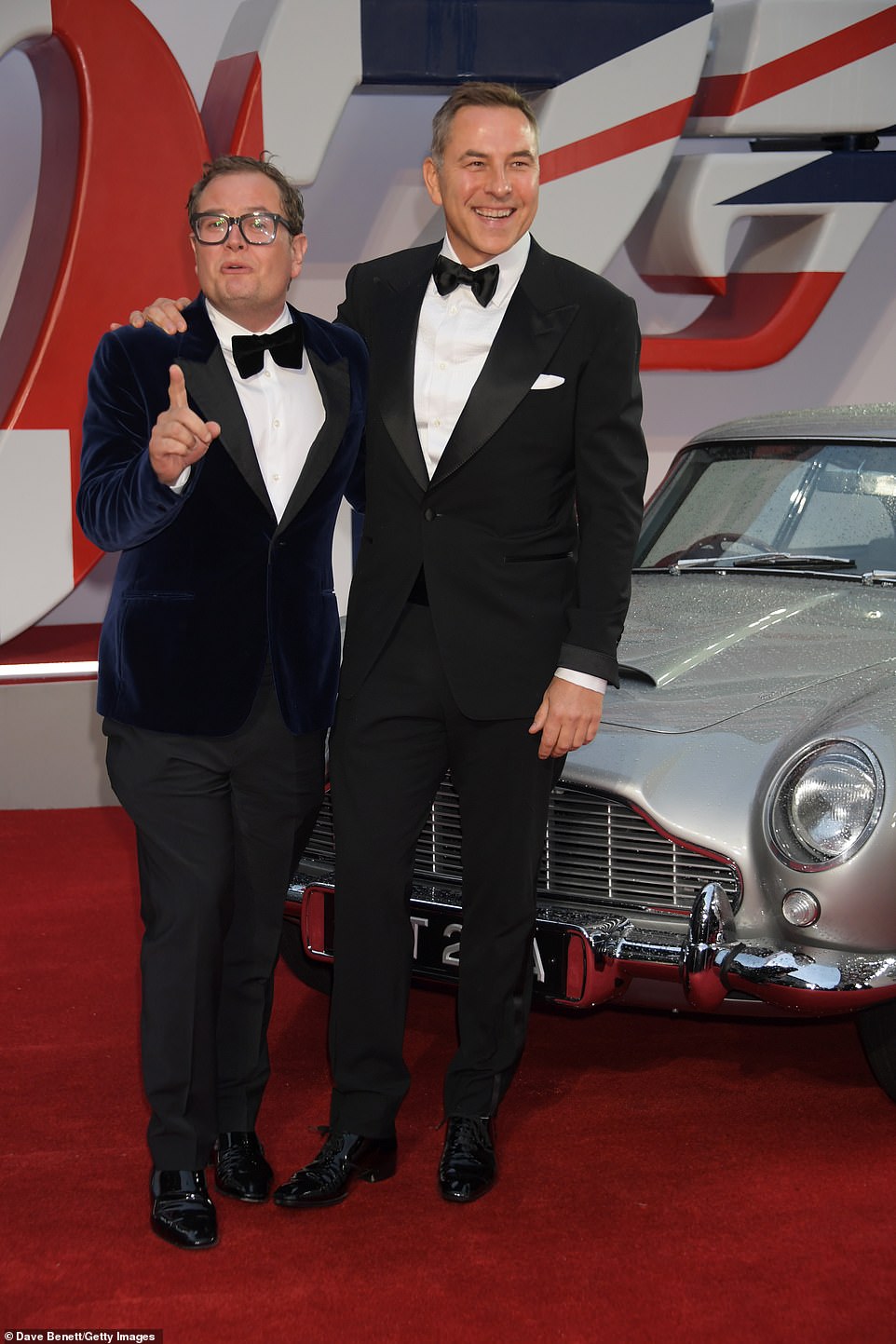 Funnymen: Alan Carr and David Walliams put on a playful display, with David wrapping his arm around Alan

Ahead of the red carpet event, fans gathered at the Royal Albert Hall to catch a glimpse of James Bond’s Astin Martin as it made its way to the red carpet.

Crew members brought the luxury vehicle to the venue in a truck where it was rolled out hours before the star-studded event began. The car had bullet holes in the glass and scratches across the sides following Bond’s adventures.

It has been a long road to the premiere after the film’s release was delayed several times due to the coronavirus pandemic.

The film, directed by Cary Joji Fukunaga, was originally scheduled for release in April 2020, but was pushed back to November before the release was changed once again to April 2021 in light of the coronavirus pandemic. 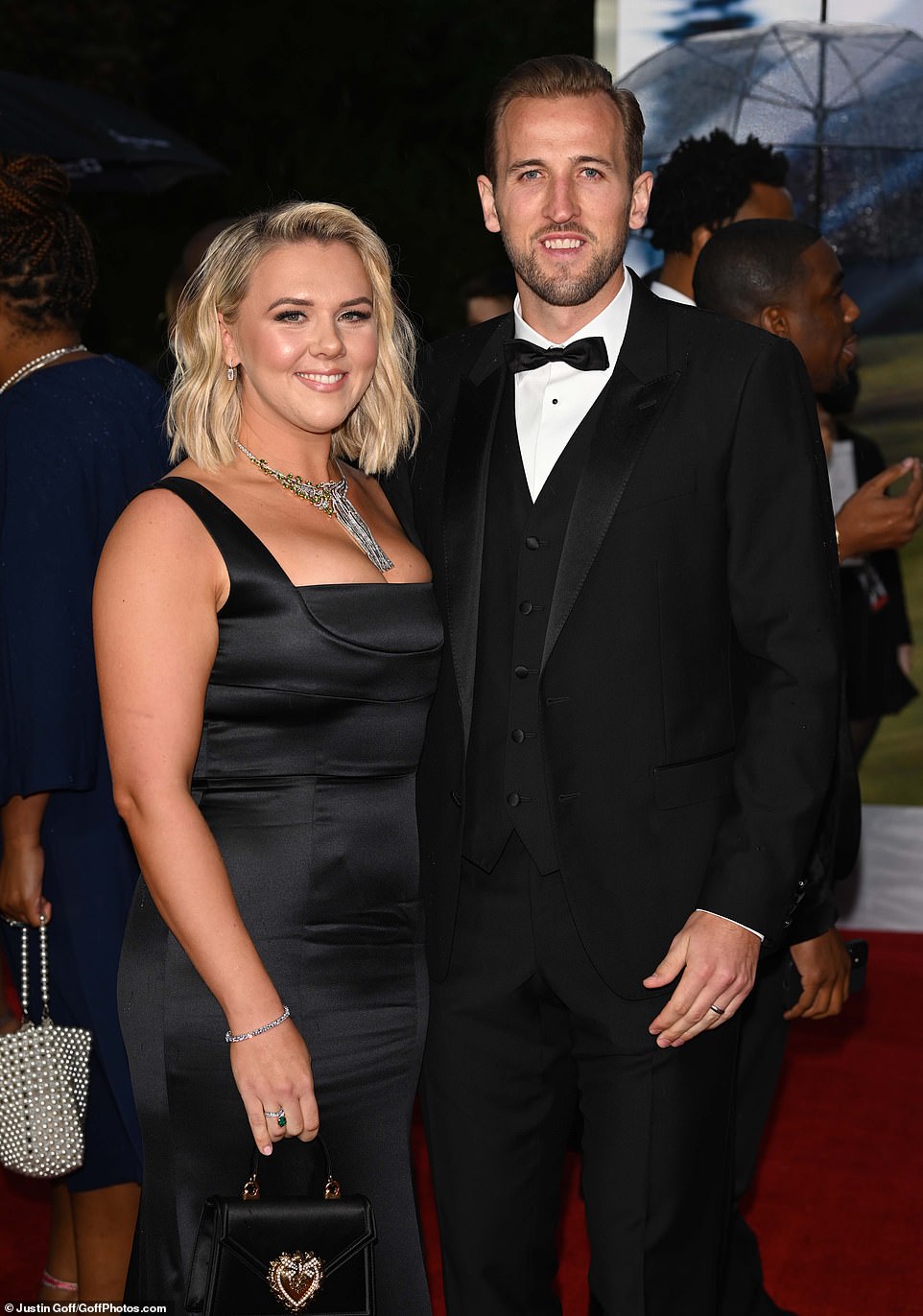 Far cry: Cutting a dapper enough figure to give Bond himself a run for his money was footballing star Harry Kane 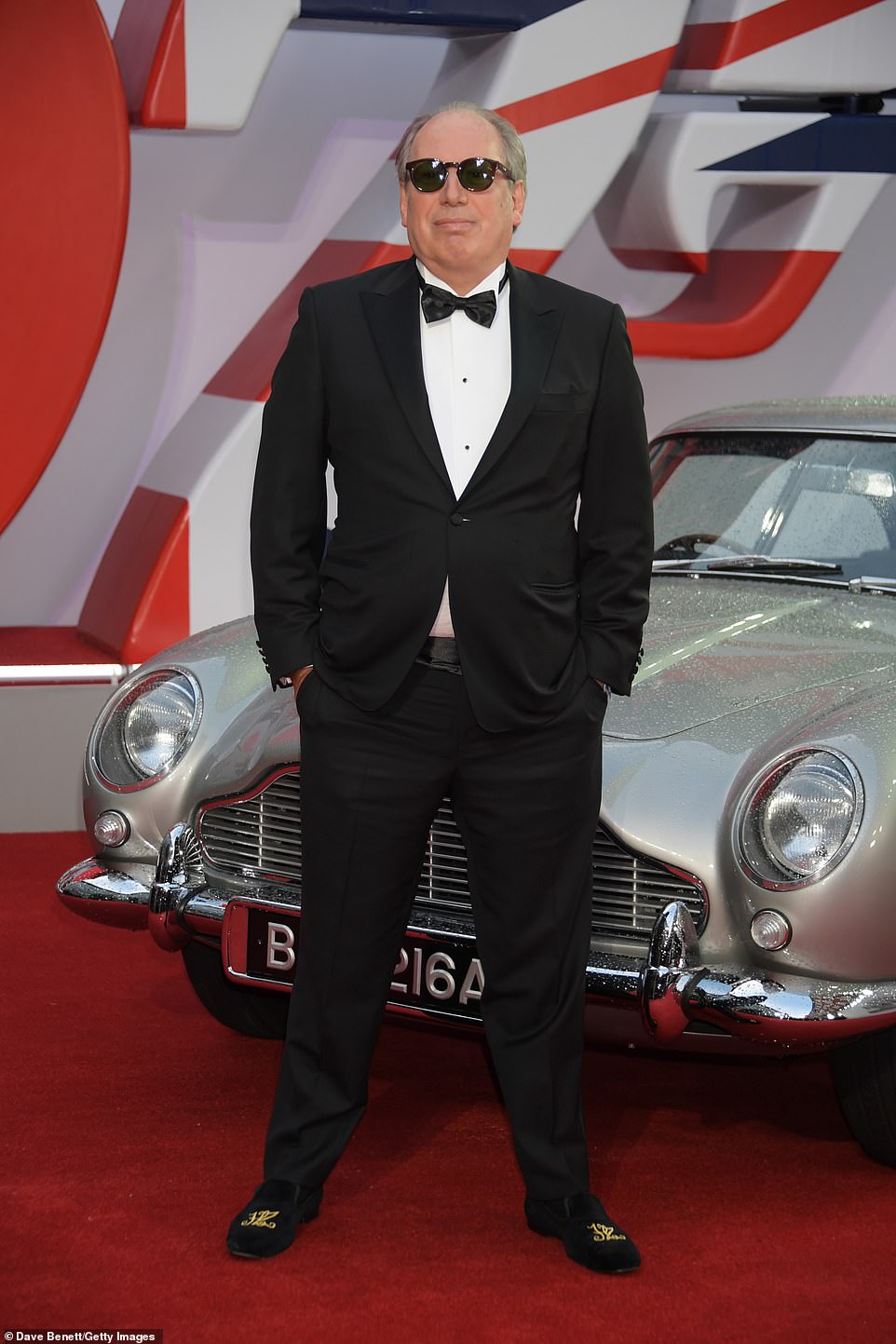 Man behind the music: Hans Zimmer opted for a smart suit complete with flamboyant slippers 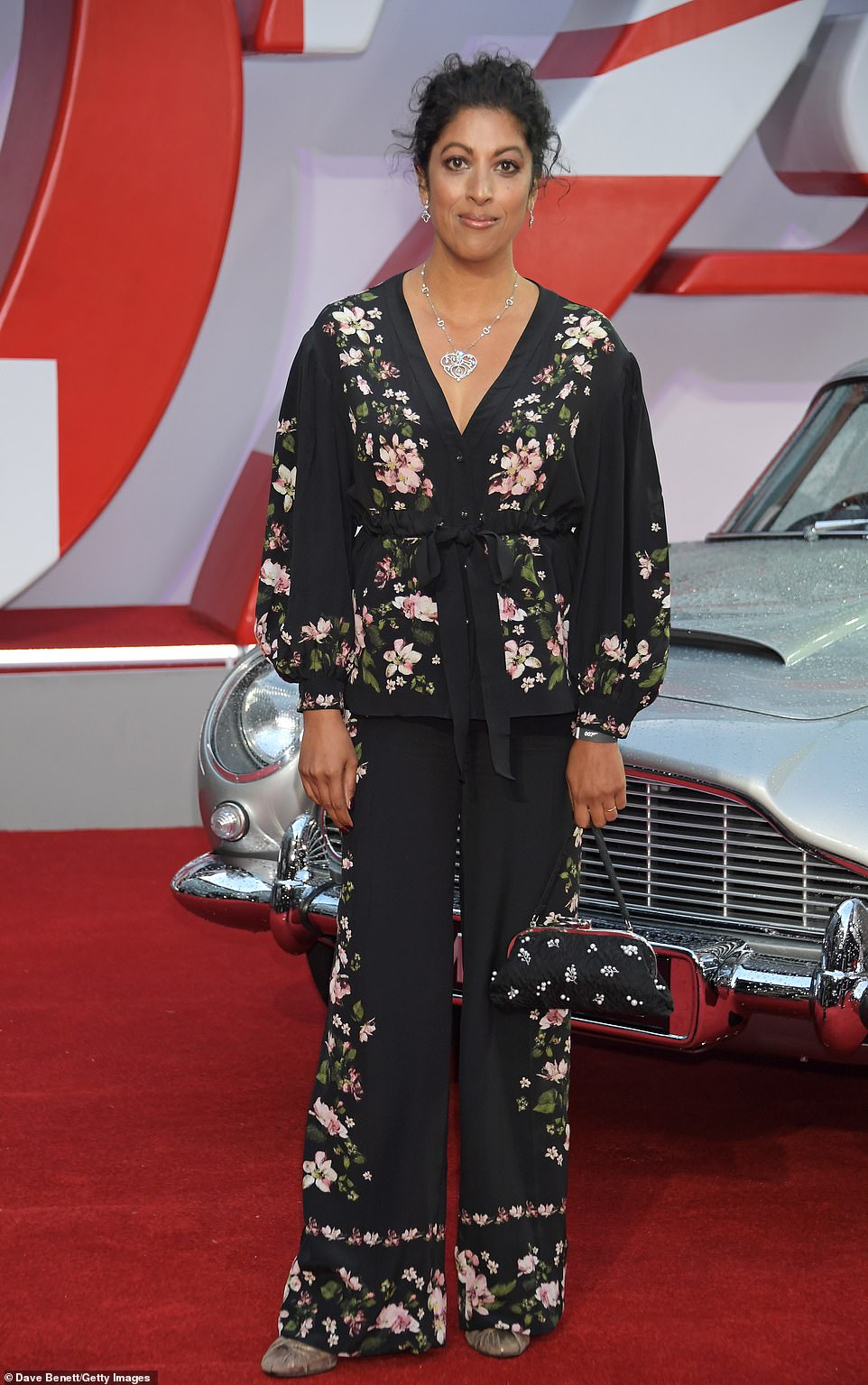 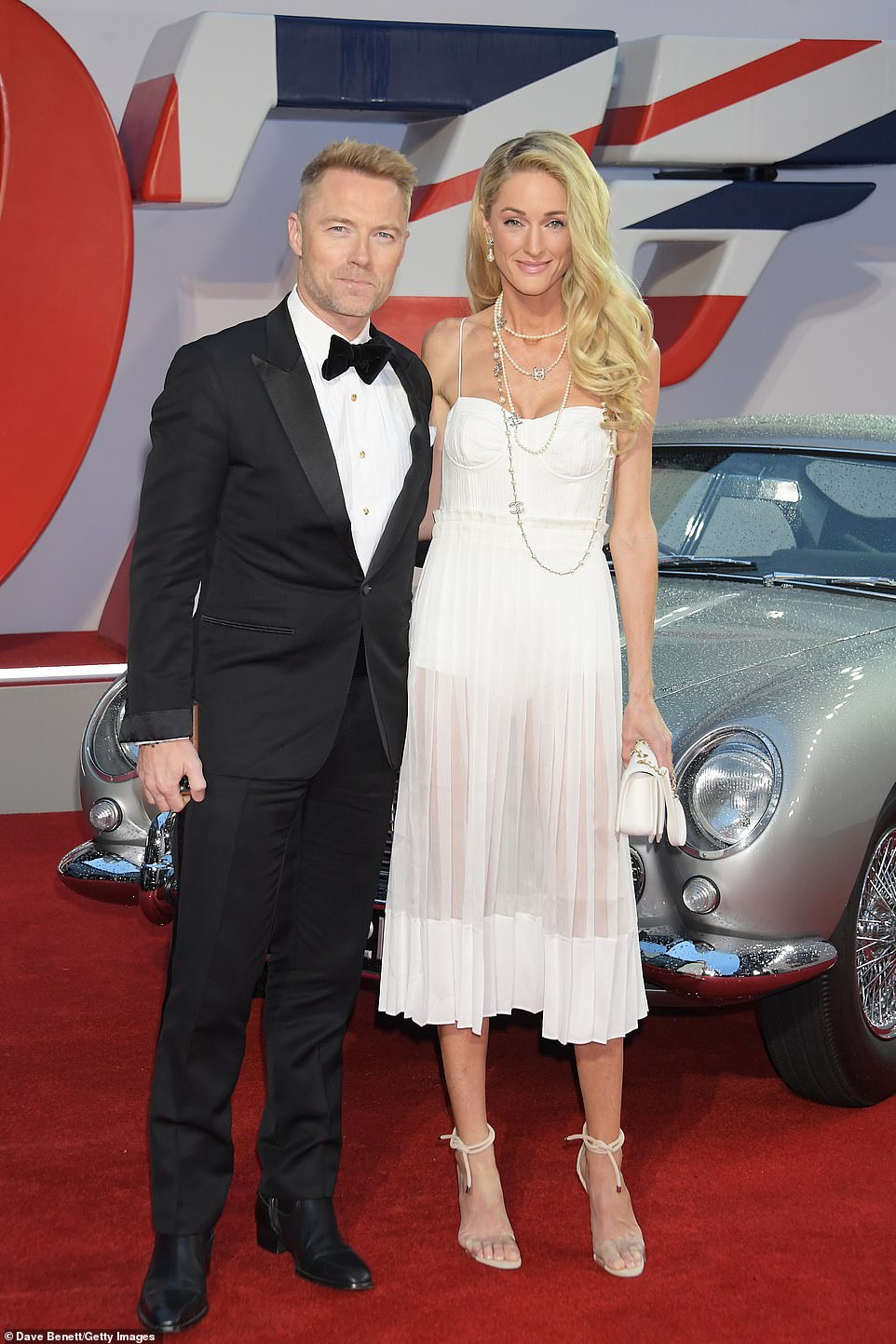 Date night: Ronan Keating and his wife Storm enjoyed a glamourous date night together at the world premiere 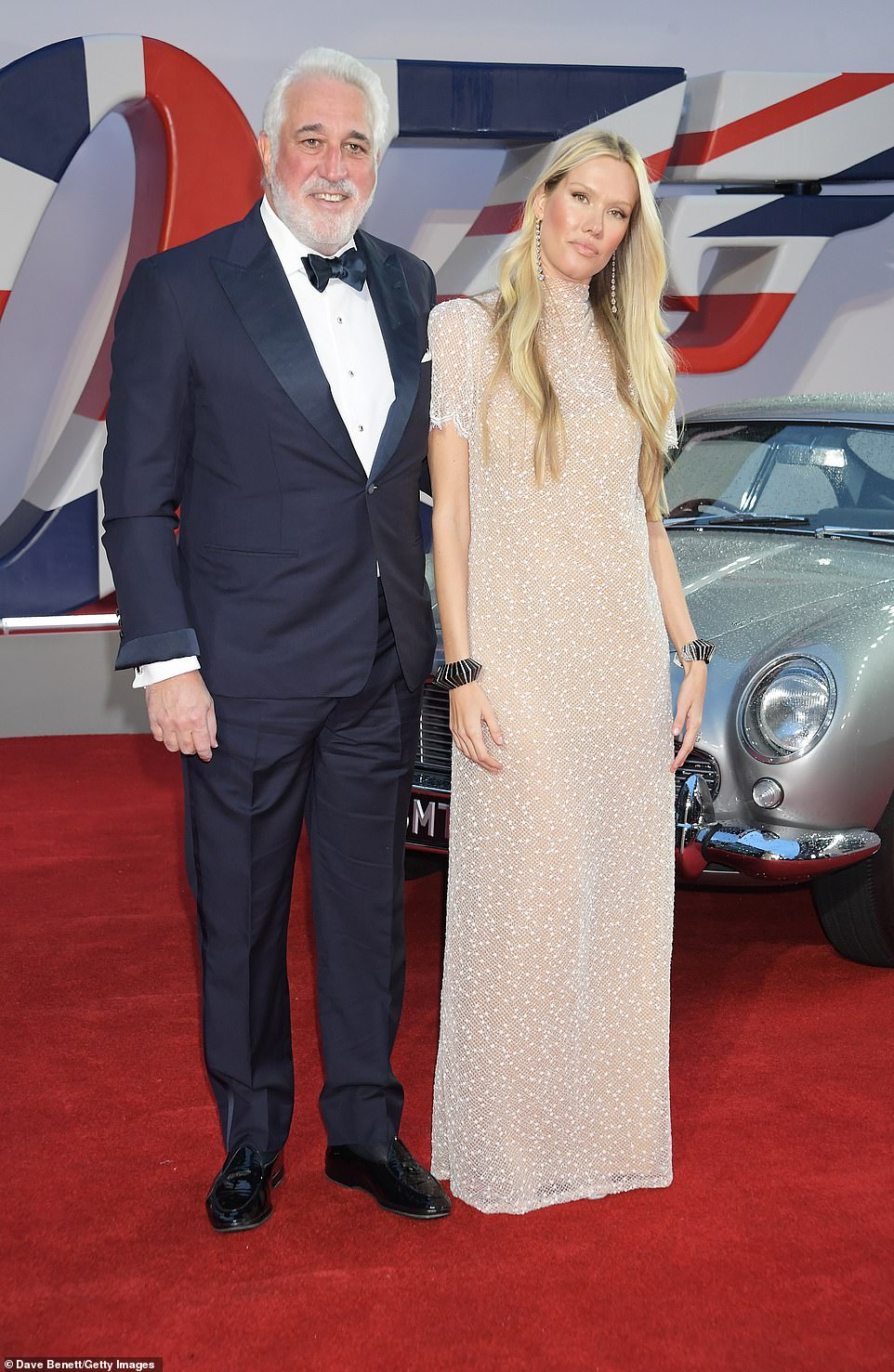 Stepping out together: Aston Martin owner Lawrence Stroll was also in attendance and joined by his partner Raquel who wore a delicate beaded dress 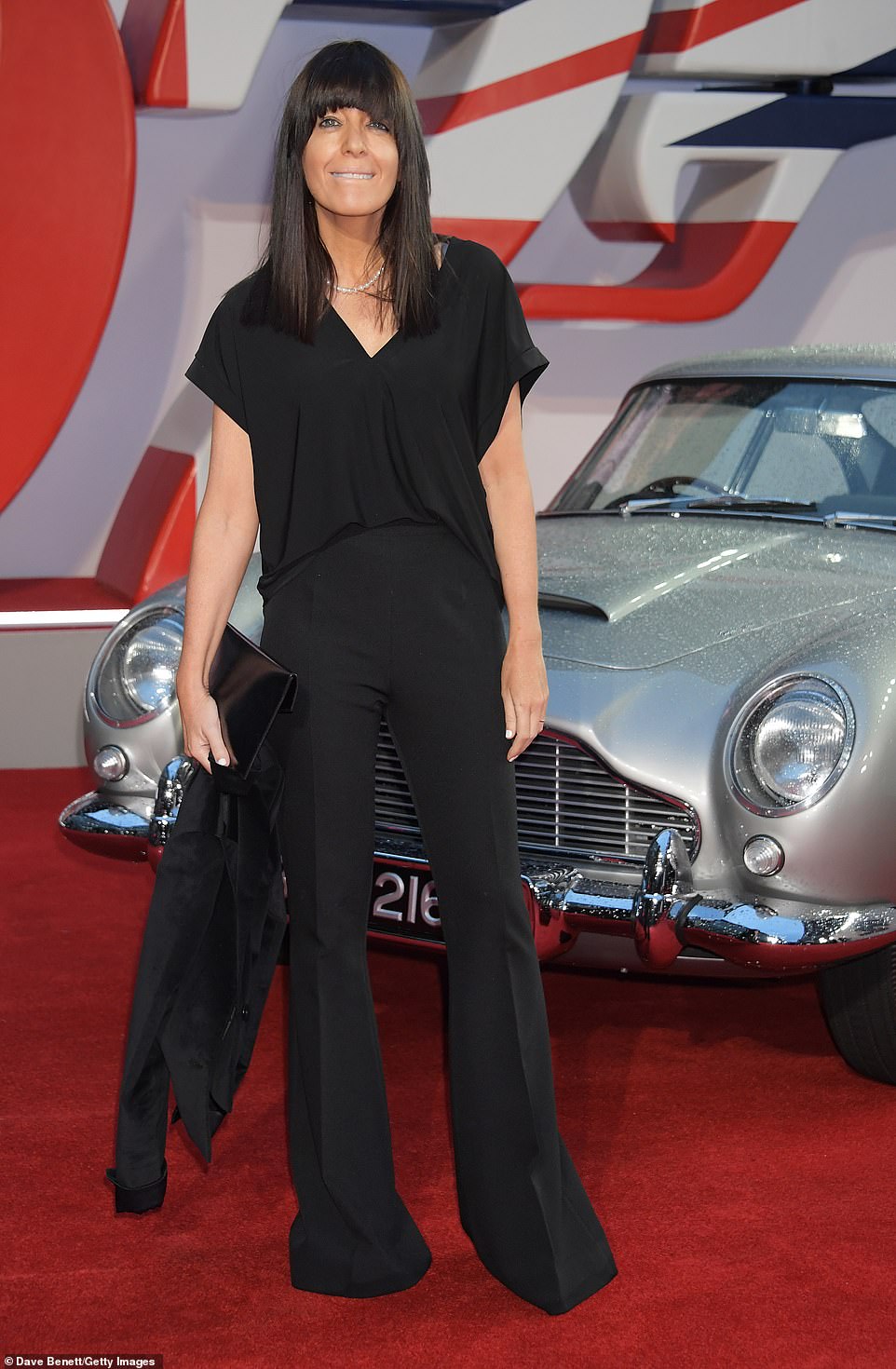 Happy to be here: Claudia Winkleman grinned from ear to ear when she made a stylish arrival

Daniel, who has appeared in five Bond films over 15 years, told Chris: ‘After the last one, I thought that was it. I thought, ‘I can’t do any more of these. I got a bit of a rest and we kind of talked about what we wanted to do with this last movie and how big we wanted to go, and it felt right, and I just got really excited about it, and I can’t wait for people to see it.

‘Once you get the effects, and you get the music, Hans Zimmer’s done the music, and it’s just incredible. The story holds together. Everyone is just turning in brilliant performances, and I think it’s quite special.’ 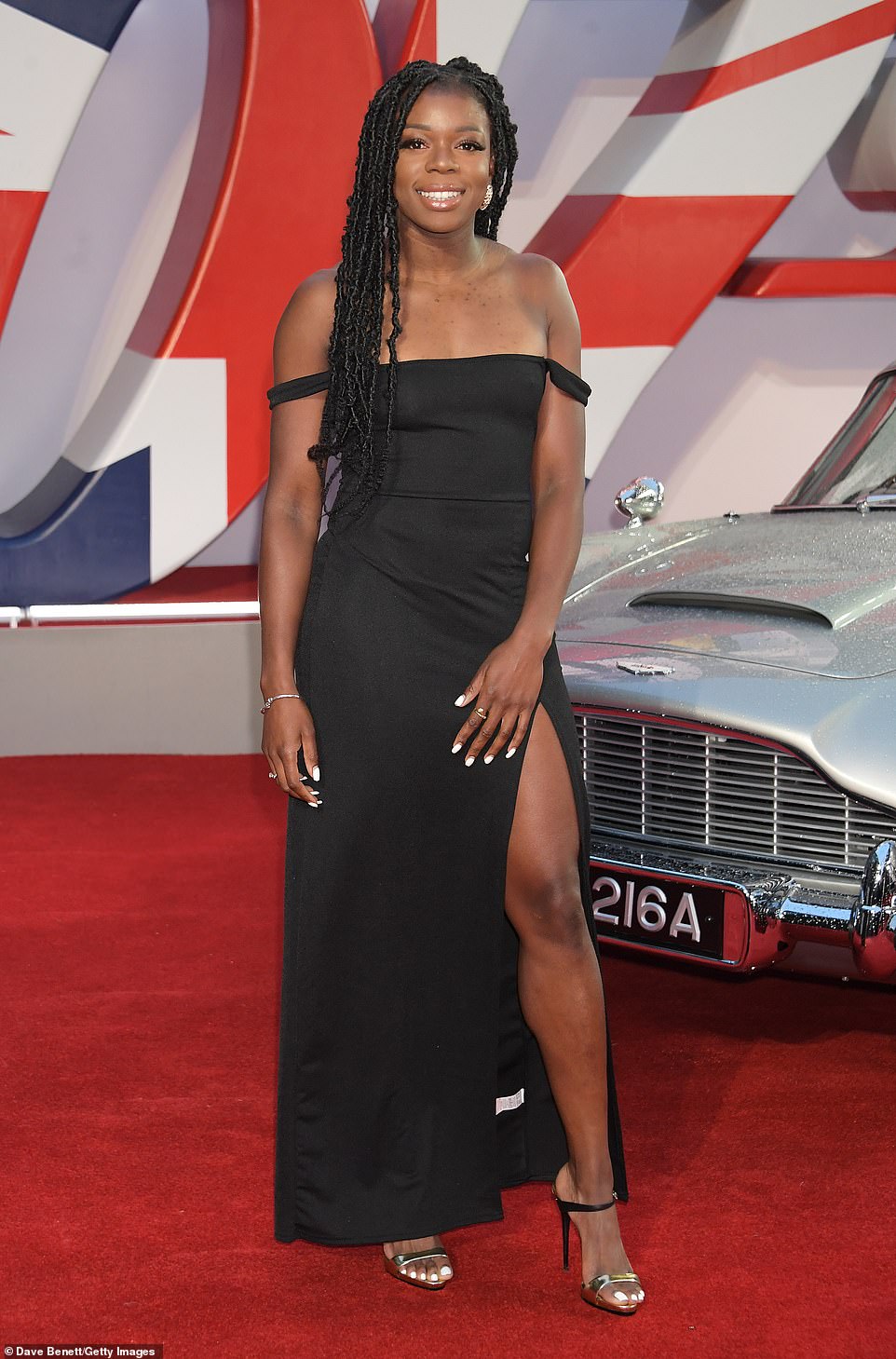 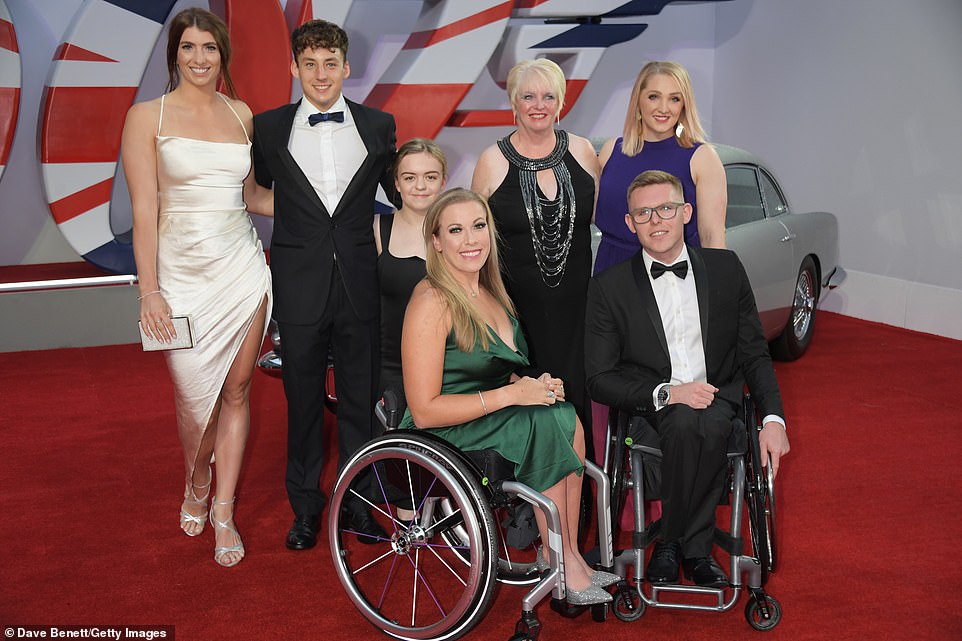 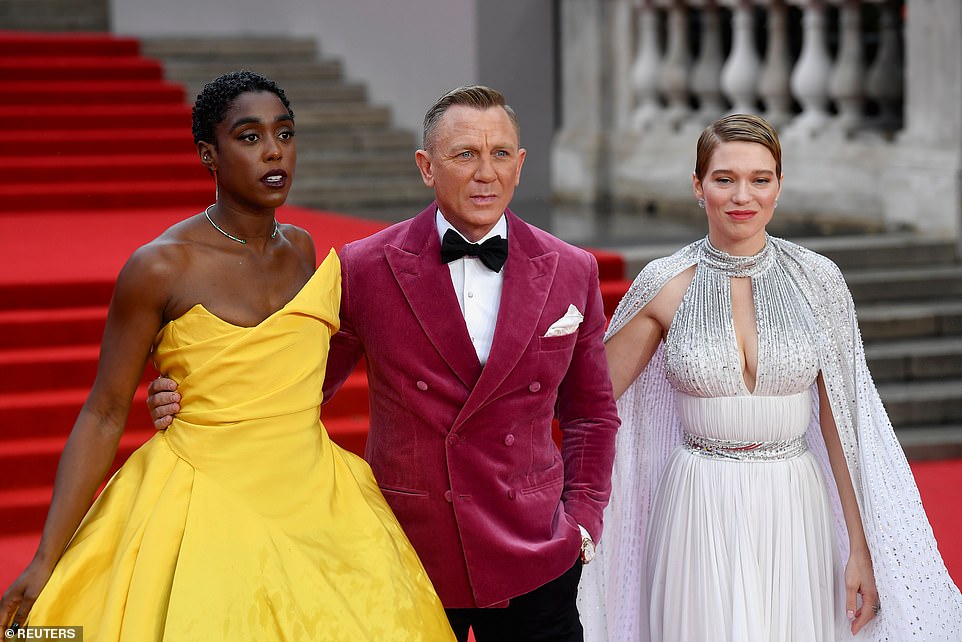 Licence to thrill: Daniel Craig looked as dapper as ever in a dark pink suede jacket as led the star-studded arrivals for the world premiere for No Time To Die at the Royal Albert Hall in London on Tuesday 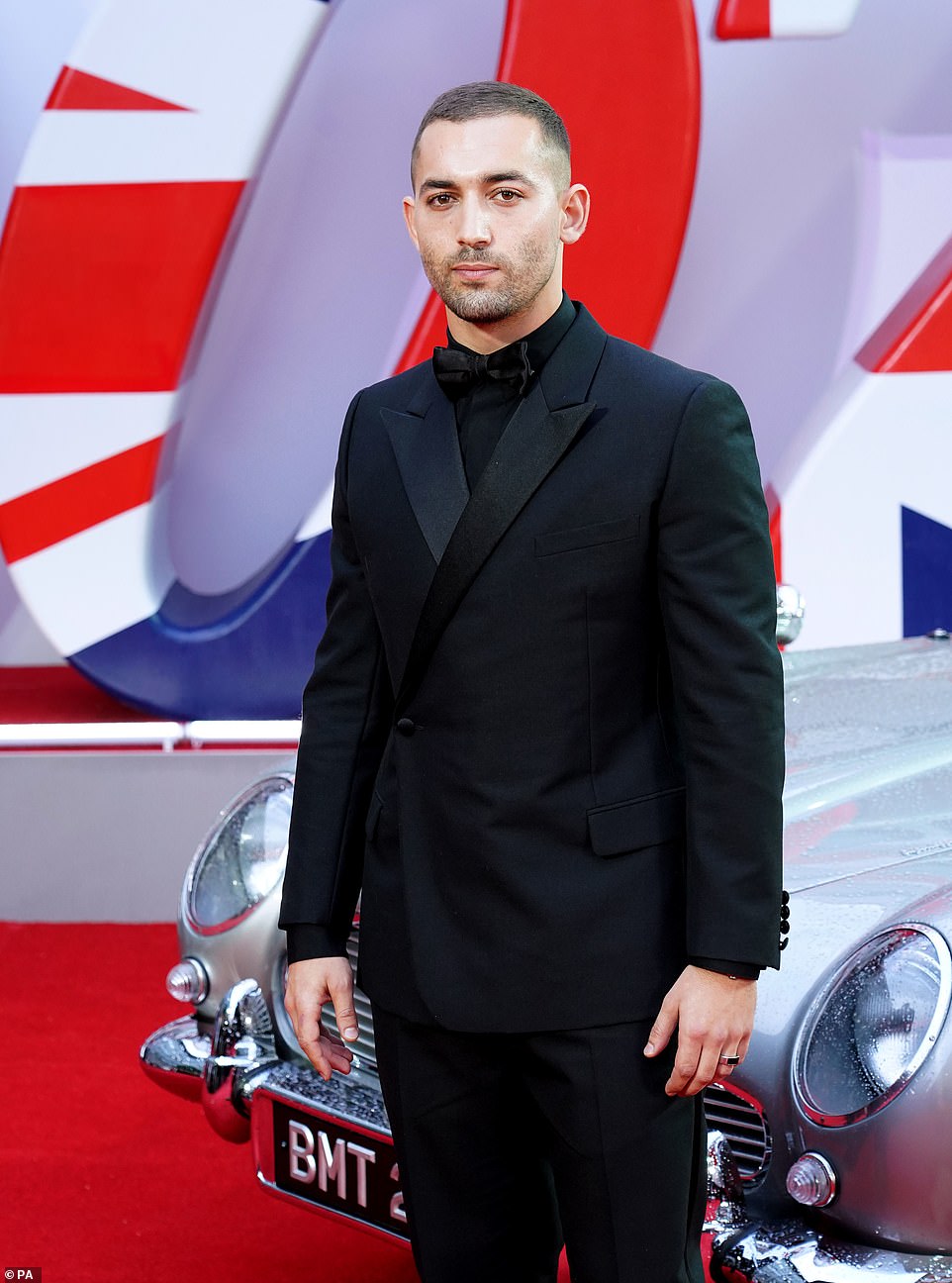 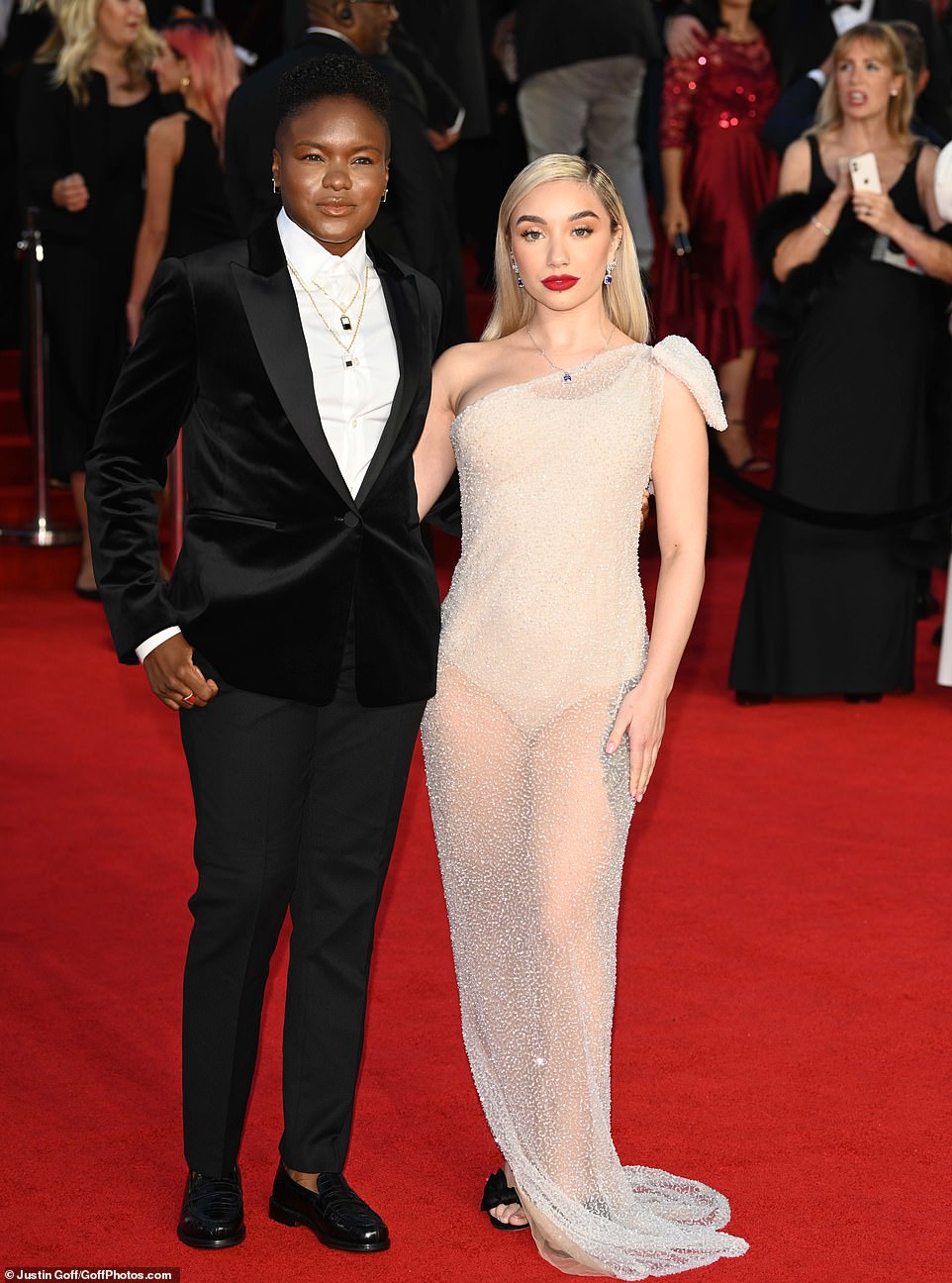 Looking good: Other guests included former Strictly star Nicola Adams who looked every inch the fashionista in a black suit and wrapped her arm around her partner Ella Baig 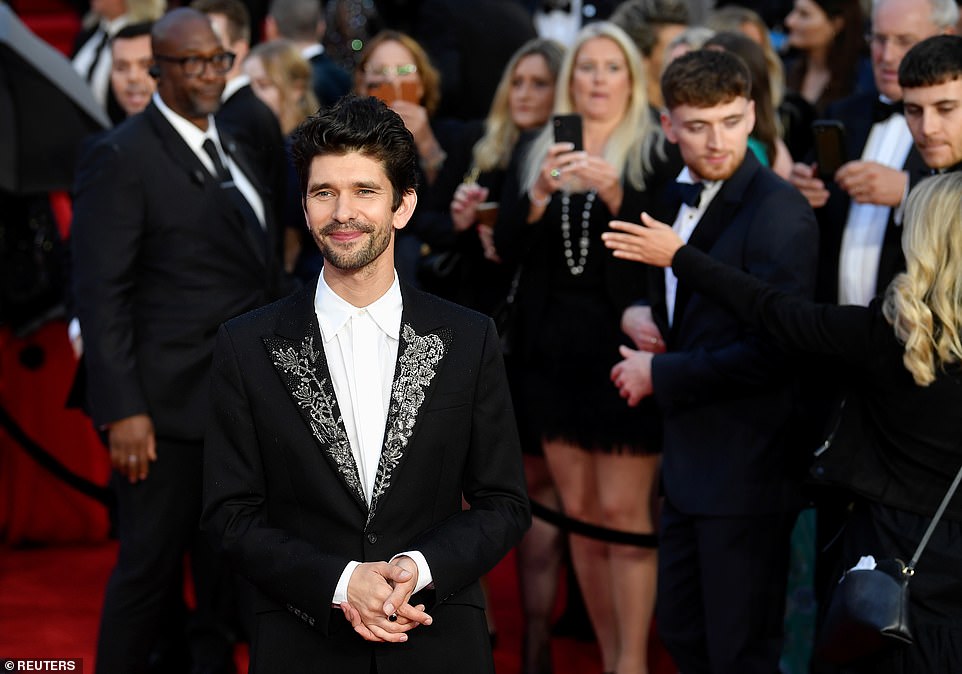 All in the details: Q actor Ben Whishaw opted for an embroidered suit jacket while posing for photographs on the red carpet 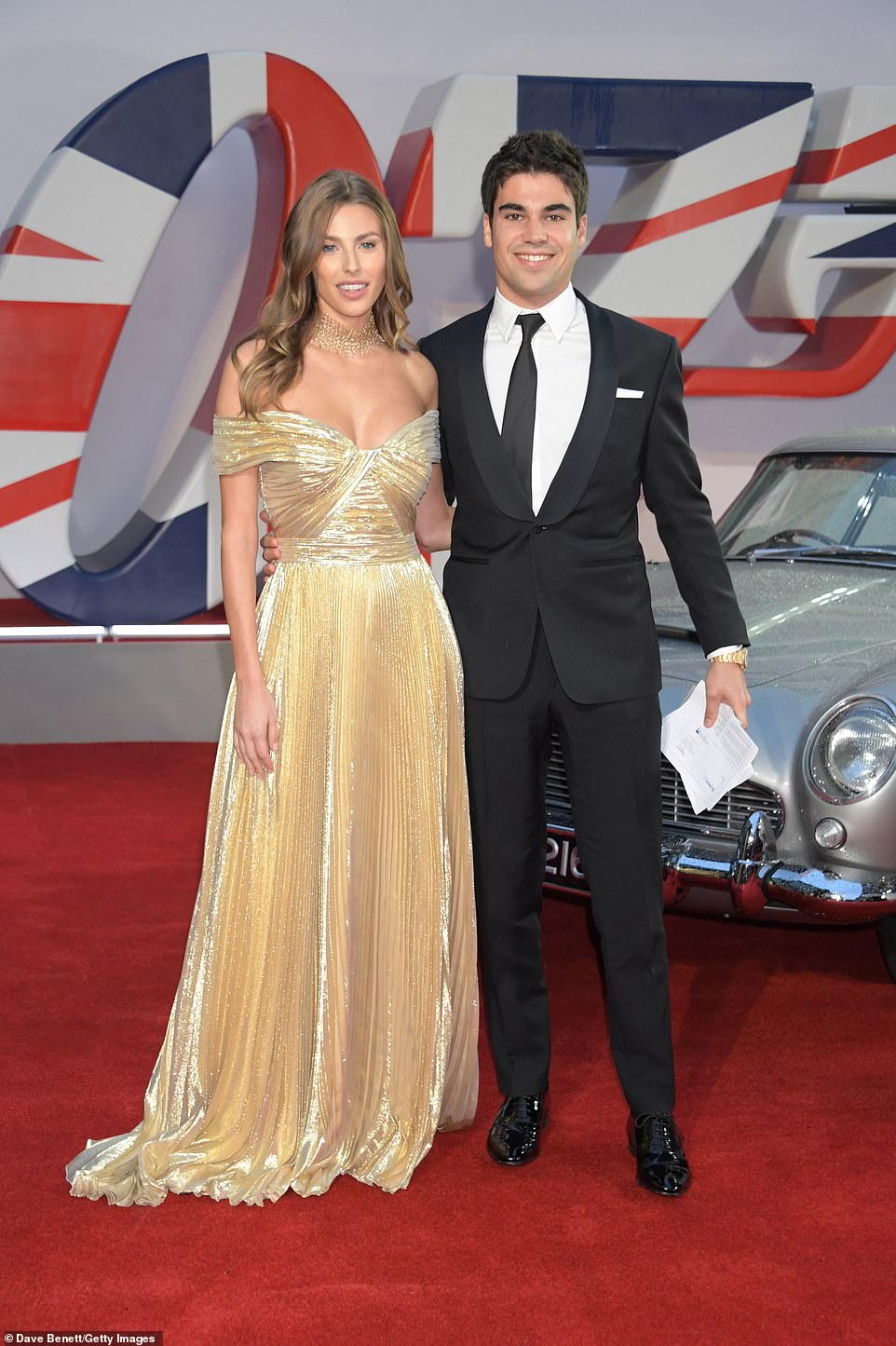 Radiant: Sara Pagliaroli and Lance Stroll both looked radiant on the carpet 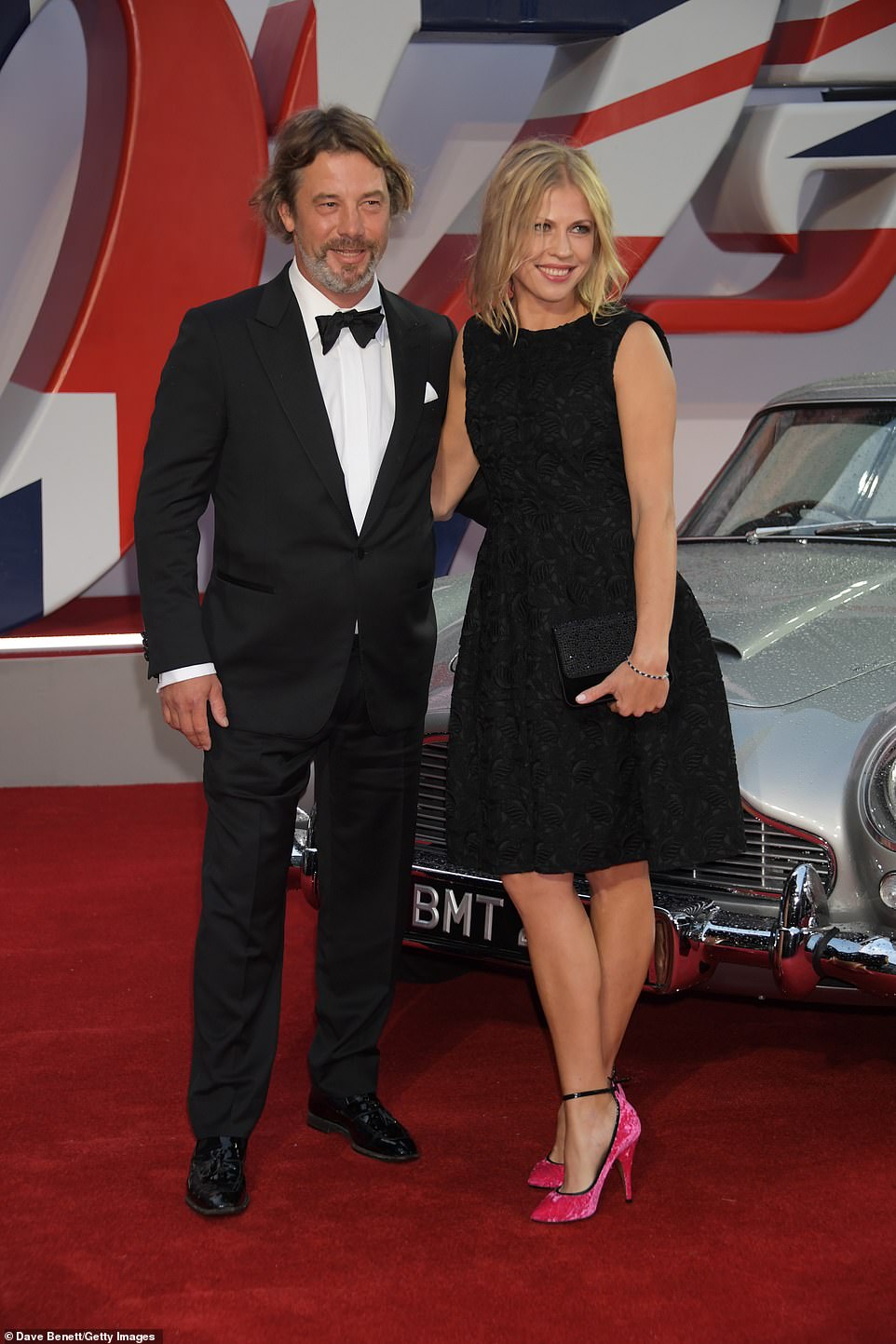 Sharp: Songwriter Jay Kay opted for a sharp suit and was joined by a glam female companion 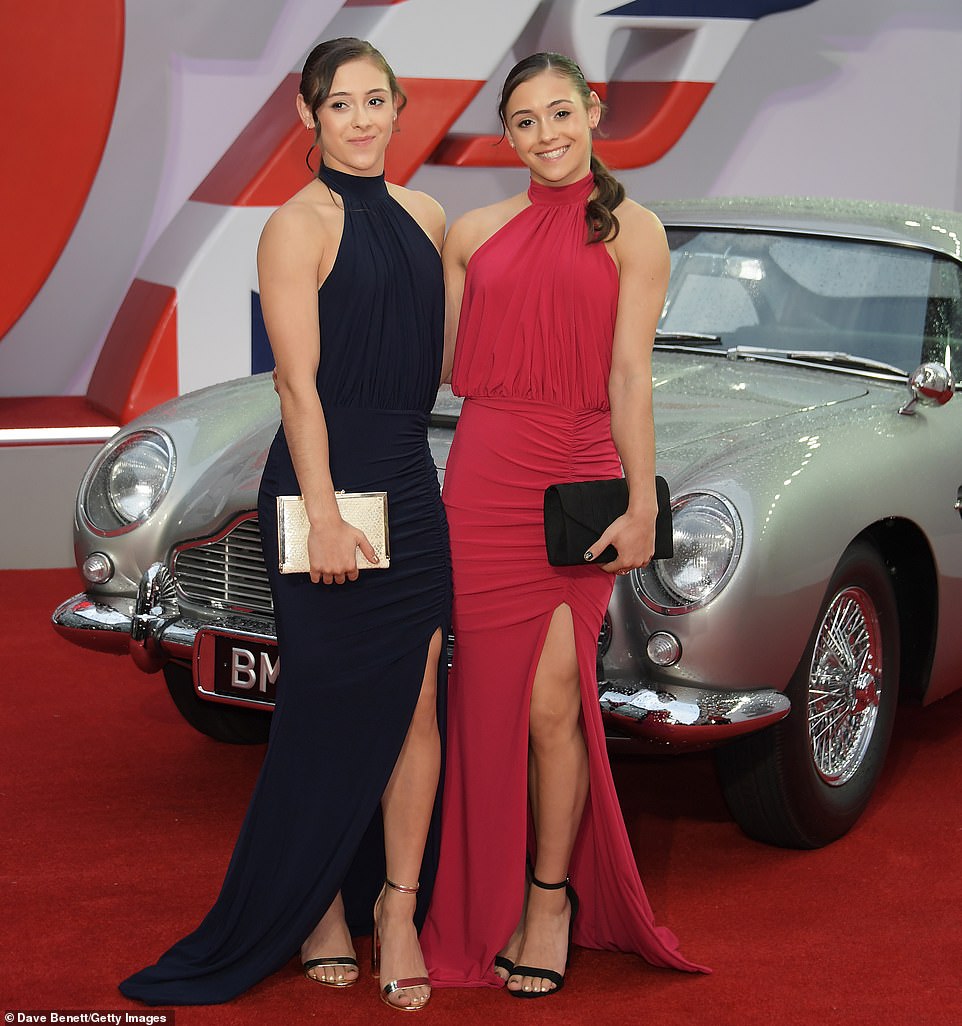 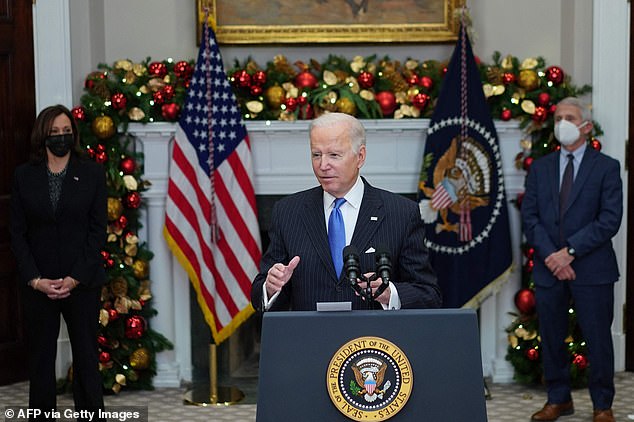 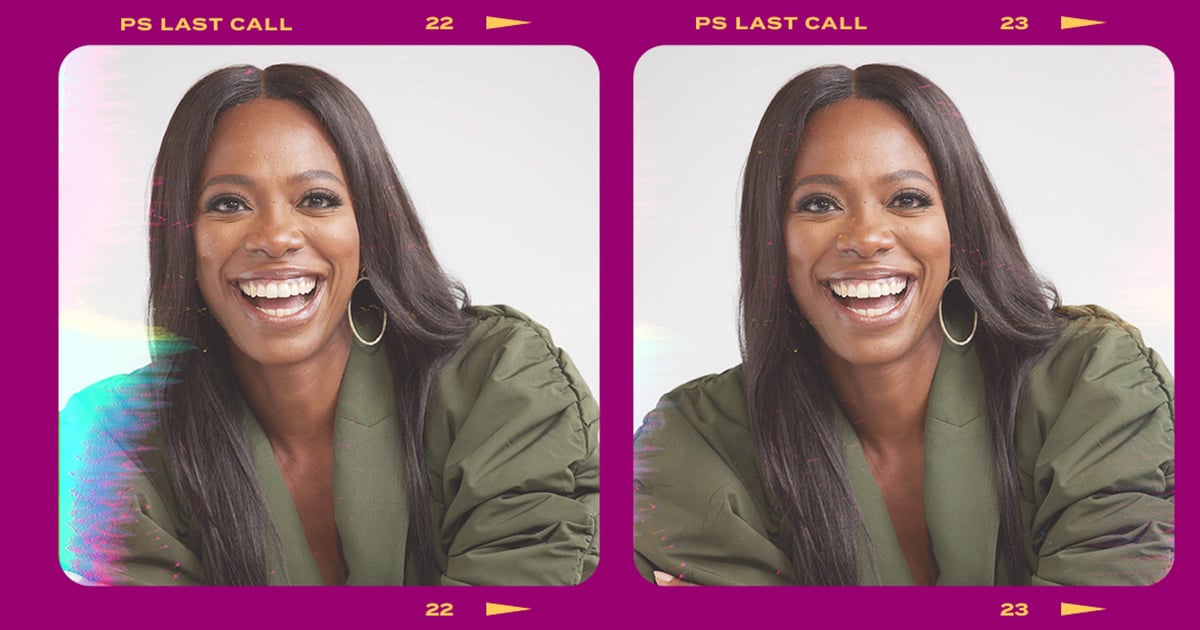 PICTURED: The commander of Seal Team 8 killed in training accident at Virginia Beach
40 mins ago