New York’s largest health provider says it has fired thousands of employees for refusing to get the COVID-19 vaccine ahead of the state’s mandate.

Northwell Health announced on Monday that it has fired 1,400 employees who refused to be inoculated.

Just one week earlier the health system announced it had terminated two dozen ‘unvaccinated leaders’ at management level or above out.

It is unclear what job titles the recently fired workers had and whether they were clinical or nonclinical workers.

Northwell Health says the remaining 76,000 workers have all received at least one dose of the vaccine.

Thousands of other hospitals and medical centers are expected to announce that they have fired staff members for not the jab.

‘Northwell regrets losing any employee under such circumstances, but as health care professionals and members of the largest health care providers in the state, we understand our unique responsibility to protect the health of our patients and each other,’ spokeswoman Barbara Osborn said in a statement, according to Newsday.

‘We owe it to our staff, our patients and the communities we serve to be 100 percent vaccinated against COVID-19.’

Northwell Health (pictured), New York’s largest healthcare provider, say it has fired 1,400 employees for refusing to get the COVID-19 vaccine 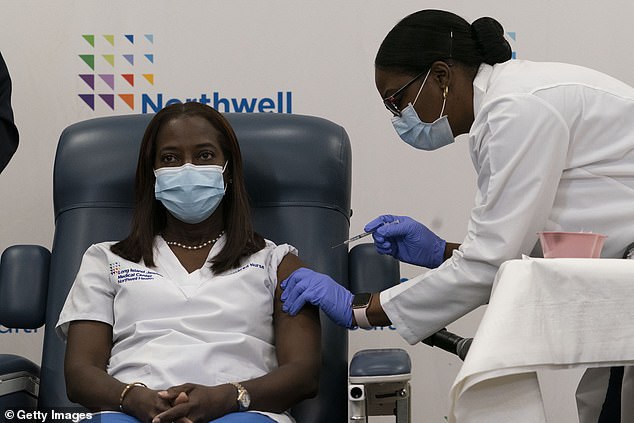 The hospital system says the remaining 76,000 employees received at least one dose ahead of the state’s mandate which went into effect on Monday. Pictured: Sandra Lindsay (left), a nurse at Long Island Jewish Medical Center, is inoculated with the COVID-19 vaccine by Dr Michelle Chester in New York City, December 2020 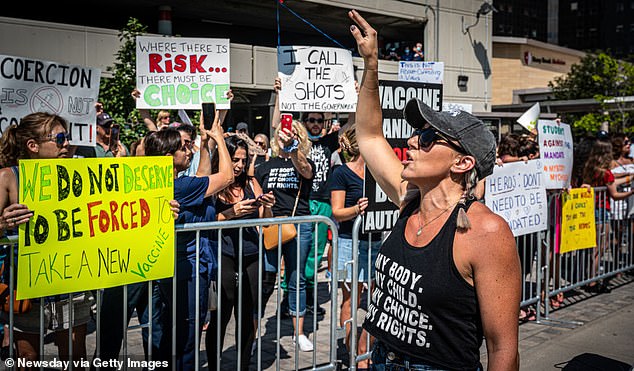 It is unclear what job titles the fired workers had and whether they were clinical or nonclinical staff members. Pictured: New York resident Krystel Walk interacts with a large crowd rainsing their voices against a mandate to get vaccinated or lose their jobs at Stony Brook University in Stony Brook, New York, August 2021

The mandate for healthcare workers was issued in August by former Gov Andrew Cuomo and supported by Hochul when she succeeded him.

All health care workers in New York state at hospitals and nursing homes were required to get at least one dose of the COVID-19 vaccine by Monday, September 27.

Employees who refuse to get the shots can face suspensions and termination.

The mandate is not just for those who directly deal with patients such as doctors and nurses but also administrators, cafeteria workers and even cleaners.

When the mandate was first announced, the state said health care workers would not be allowed to receive religious exemptions, only medical exemptions.

However, a group of 17 workers sued New York for not allowing rejection of the vaccine on religious ground and a judge in Utica issued a temporary halt on requiring them to get the shot.

A federal judge on October 12 will consider a legal challenge arguing that such exemptions are constitutionally required.

Hospitals have been putting contingency plans in place ahead of fears that the mandate will cause disruptions.

Northwell Health told Newsday that none of its facilities are experiencing disruptions due to the firing. 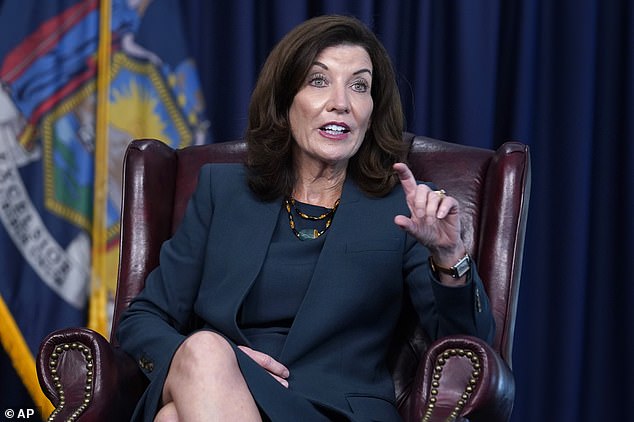 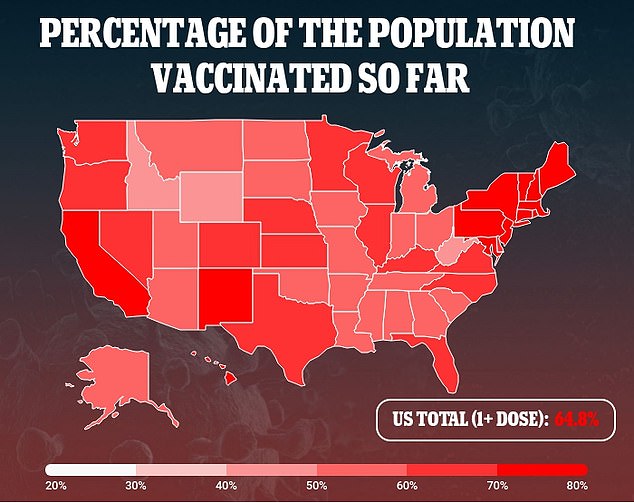 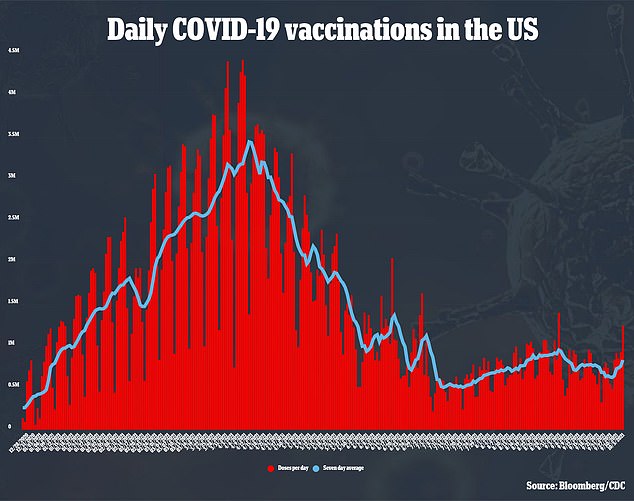 Last week, Hochul released a plan on how she is considering addressing the staffing shortage.

One option is signing an executive order to declare a state of emergency that would allow healthcare care workers licensed in other states or countries to practice in New York as well a recent graduates and retirees.

Another is deploying the National Guard to hospitals or asking the federal government to send Disaster Medical Assistance Teams.

‘We are still in a battle against Covid to protect our loved ones, and we need to fight with every tool at our disposal,’ she said in a statement.

‘I am monitoring the staffing situation closely, and we have a plan to increase our health care workforce and help alleviate the burdens on our hospitals and other health care facilities.’

The state’s Department of Labor has issued guidance that workers fired due to refusal to get vaccinate will not qualify for unemployment insurance ‘absent a valid doctor-approved request for medical accommodation.’ 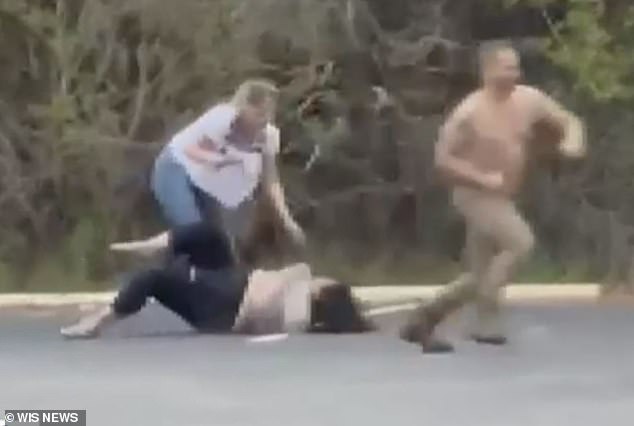 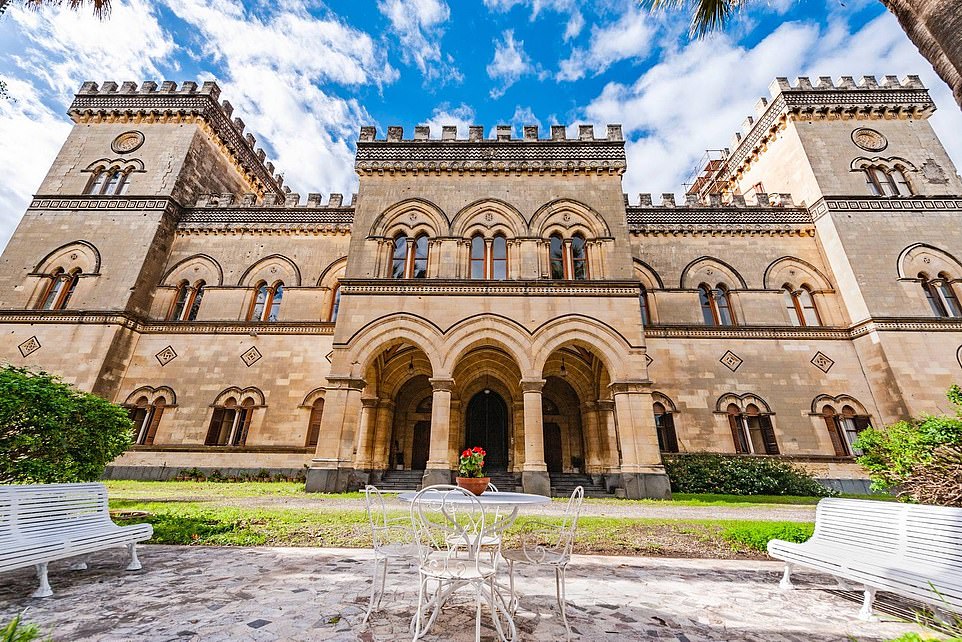 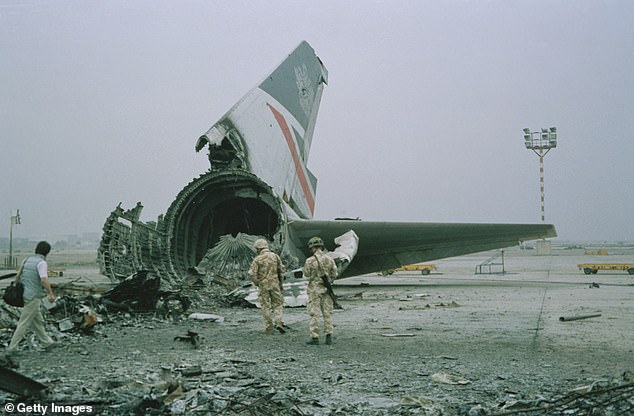 Was Flight 149 allowed to land in a war zone because it was carrying a secret forces squad? 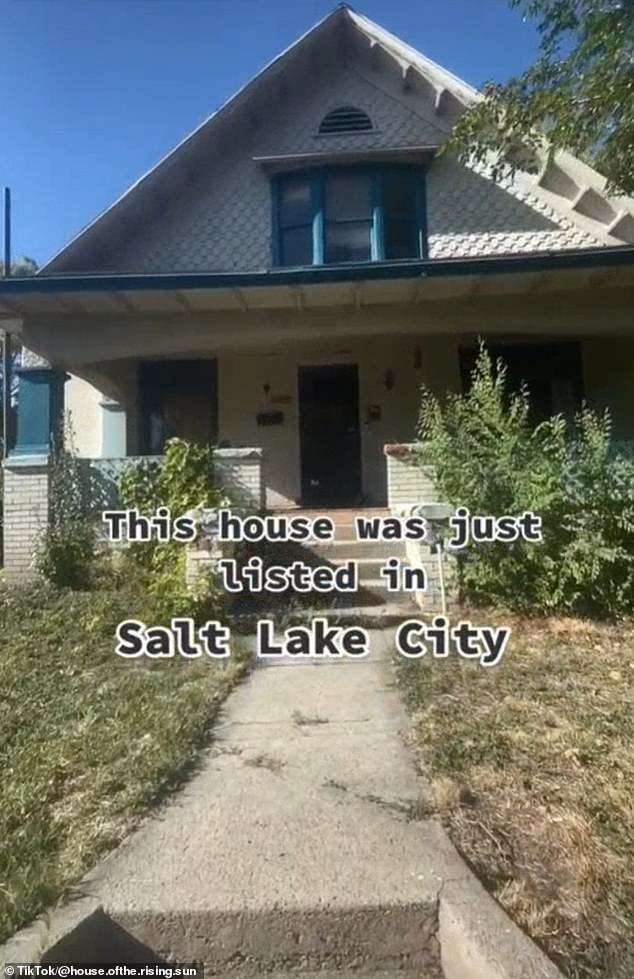 November 1, 2021
Check Also
Close
Recent Stories
Featured Posts
The Reviews Are In! Our Editors’ Picks From the Sundance Film Festival
12 mins ago