A 75-year-old retired crime reporter who was sucker punched at random in broad daylight on a New York City street has said the attack ‘made no sense’  – unlike muggings in the 1980s, which were for money.

Judith Thomas says she was walking to meet her sister on Easter Sunday when a stranger struck her with ‘a hellacious punch’ on the corner of West 119th Street and Lenox Avenue in Harlem.

Thomas, a former Channel 9 crime reporter, was left with swollen cheeks and lips, as well as a pronounced bruise on her face.

Just two days after her attack, the NYPD released its latest crime data for March, which showed overall crime went up 2.4 percent compared with the same time last year. The rise in violent crime in the city was driven by a 36 percent increase in murders and a 35 percent increase in auto thefts.

Yet on Wednesday, a day later, NYC Mayor Bill deBlasio said he is convinced that New Yorkers are not living in fear despite crime rates rising across the board. His comments came hours after another violent attack. In the latest incident a Kansas tourist was hit in the shoulder by a stray bullet near Times Square.

VICTIM: Judith Thomas was randomly attacked on Sunday when she was punched by a man

Thomas surmised the crime wave was being driven by a lack of social services for people with mental health issues and for the homeless, among other issues.

It’s urgent for those issues to be addressed, she said, but still she implored people not to give up on the city. She said she wasn’t going to.

As for her Sunday ordeal, Thomas detailed it as follows:

‘I was on my way to meet my sister for Easter dinner on Sunday. It was 3 o’clock on a beautiful afternoon. I was a block away from the restaurant and all of a sudden I got sucker-punched with a hellacious punch, I mean a really hard punch,’ Thomas said in an interview with DailyMail.com. 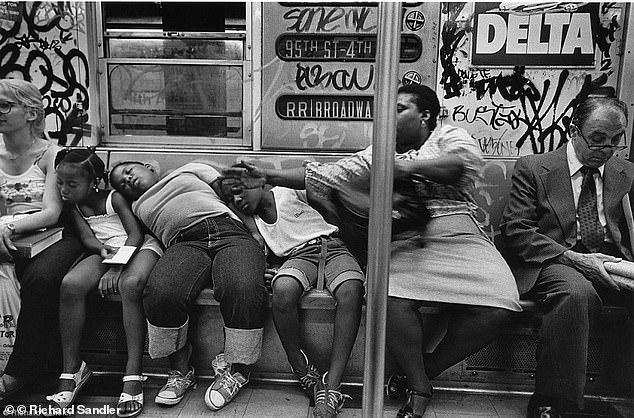 BAD OLD DAYS: In the 1980s everyday New Yorkers including families with children and business people had to brave graffiti-covered trains, which oftentimes were scenes of violence. The recent surge in crime has some worried that New York could descend back to the depths 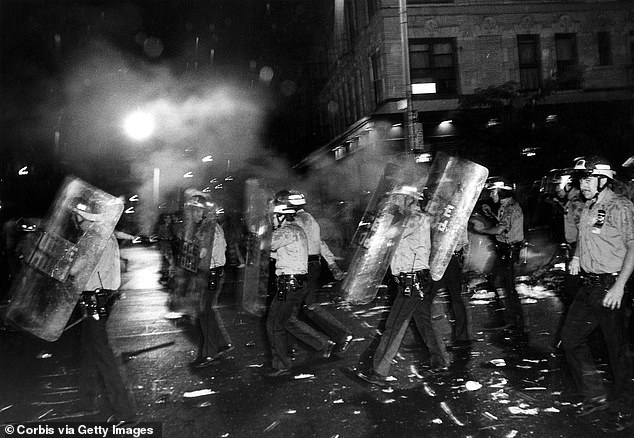 RIOT POLICE: Above, the NYPD carry shields to retake Avenue A during a riot outside Tompkins Square Park in Manhattan’s East Village. The riot in 1988 began after police allegedly beat a homeless man; the area had been simmering for years as landlords abandoned building and the park, which is now rehabilitated, was the scene of drug-dealing and violent crime

PROSTITUTES: A sex worker leaves a cab after being threatened at knife point by her pimp. Violence was an occupational hazard for prostitutes and taxi drivers during the crime-plagued New York of the 1970s and 80s and some worry that the pandemic-fueled rise in crime over the past year could spiral even further out of control as random New Yorkers are attacked in public

‘It knocked me to the ground. And I screamed and I was on the ground going ‘Oh my god, what just happened?”

Video of the attack shows a man duck under the railing of a building’s scaffolding before unloading a punch directly at Thomas, knocking her to the ground.

‘It was really good to know New Yorkers cared.’

The attacker, who is pictured in surveillance video and is wanted by the NYPD, hasn’t been found. 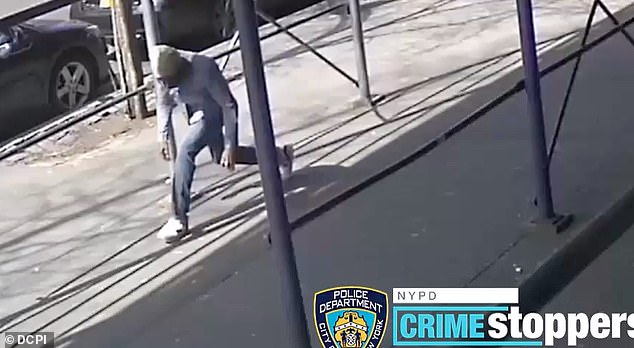 SUSPECT: Surveillance video shows unidentified male ducking under a rail prior to the attack 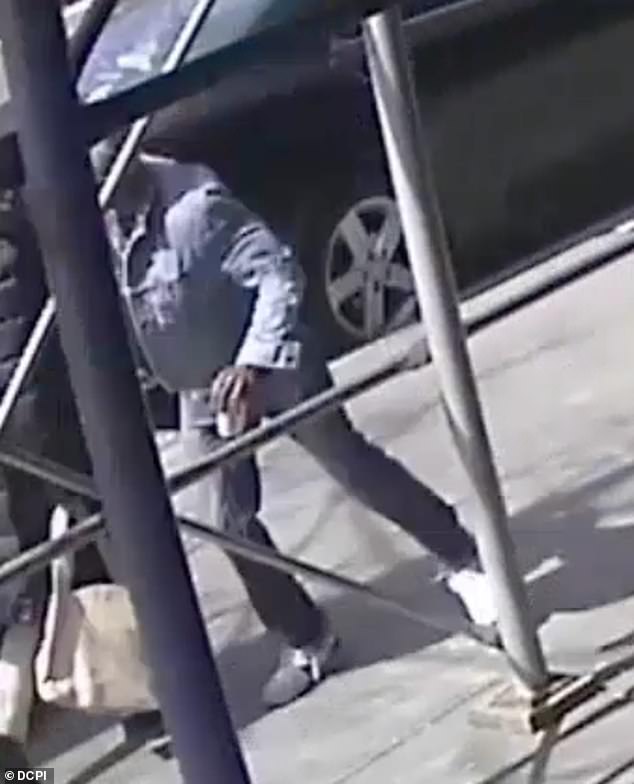 WANTED: The attacker walked by Thomas and punched her, knocking her to the ground

Thomas pointed toward social issues plaguing New York City as the reason behind her attack.

‘We’ve got a homelessness crisis and it’s getting worse. We’ve got a mental health crisis, not enough resources for poor people. We’ve got racial inequity, we’ve got wealth inequity and people are getting desperate and they’re angry and they’re acting out.

‘This was crazy, this attack. It made no sense. He didn’t say anything to me, he didn’t go for my purse, nothing. It was just acting out in sheer anger and hostility … and I think we need resources in this city to deal with the problems so that people have hope instead of desperation.’

Thomas also made note of how the rationale behind certain attacks has changed over the past 40 years. 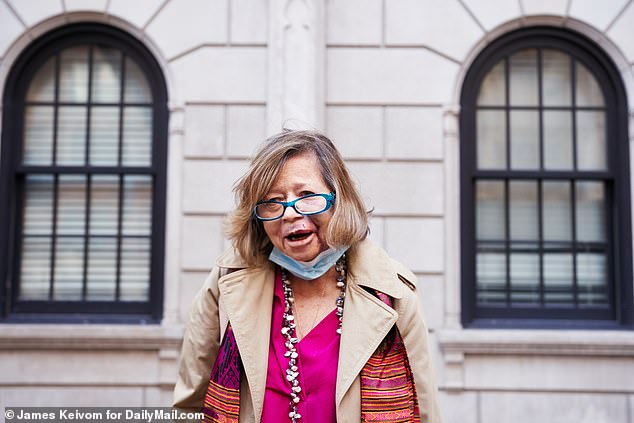 AFTERMATH: Following the attack, she was was bruised and swollen from the sucker punch 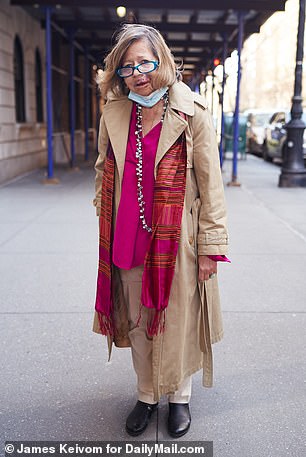 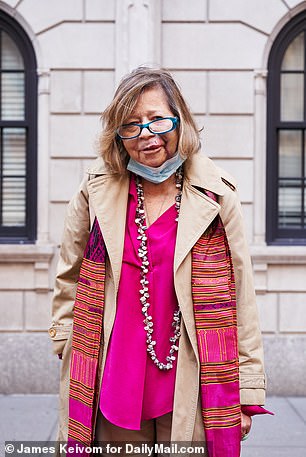 STANDING STRONG: Thomas vows not to be intimidated following the attack, though. ‘I’m not giving these people power over my life,’ she said in an interview with DailyMail.com

‘I was here in [1981] when I was mugged,’ Thomas said. ‘But that made sense, they wanted money. That was what they were after, at least I understood that.’

While the attack was frightening, Thomas expressed no desire to live in fear or make changes to her routines

‘Even though this happened, I’m gonna do exactly what I have been doing and will continue to do, because I’m not giving these people power over my life,’ Thomas said. ‘They’re not gonna stop me from going where I want to go, when I want to go there.’

‘This is my city, it’s not their city. I refuse to be afraid. I just refuse to let them intimidate me. 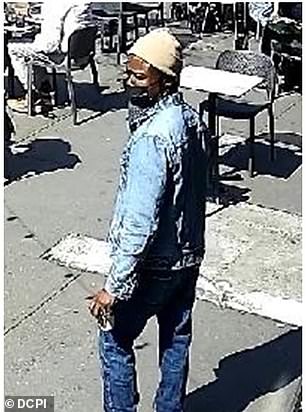 The suspect has not been caught, but police hope someone will come forward

Aside from assaults, when it comes to the most recent crime statistics, there were 99 shooting incidents in March 2021, compared to 56 a year ago, representing an increase of nearly 77 percent.

There were also 492 gun arrests citywide last month, which is an increase of nearly 67 percent compared to March 2020.

Thomas is willing to help the police put her attacker away once they’re able to apprehend him.

‘I’m not going anywhere because this happened. And I told the police, if they catch this guy, I’m willing to testify.’

Thomas directed a message towards her attacker, who has yet to be caught.

‘You’re a nut job, you’re a criminal, you need to be in jail, and you need a hell of a good psychiatrist.’

Thomas also had a message for concerned citizens of the city.

CBS2 reports that the suspect remains at-large, but police are hopeful someone will step forward after recognizing the man in the surveillance video.

Meanwhile, Thomas continued her daily life in the aftermath of the attack, even getting a COVID-19 vaccine in the past few days.

Even as crime surged, Mayor Bill de Blasio expressed optimism that other New Yorkers are not currently living in fear during a Wednesday press conference.

‘I think people see these actions and they know that continued help is coming,’ he argued. ‘But New Yorkers don’t live in fear. They keep moving forward. I really believe that. I’ve felt that my whole life here.’

This Is a Robbery: Were the Stolen Paintings Ever Recovered? Here's What We Know 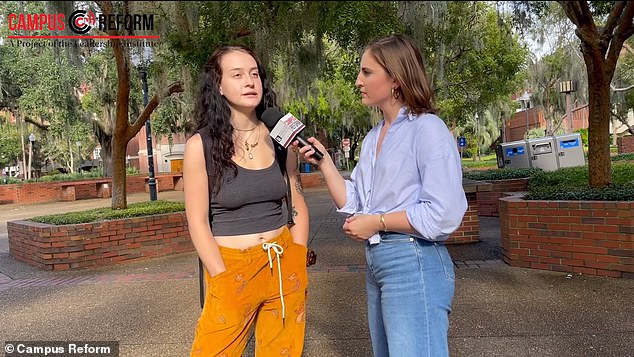 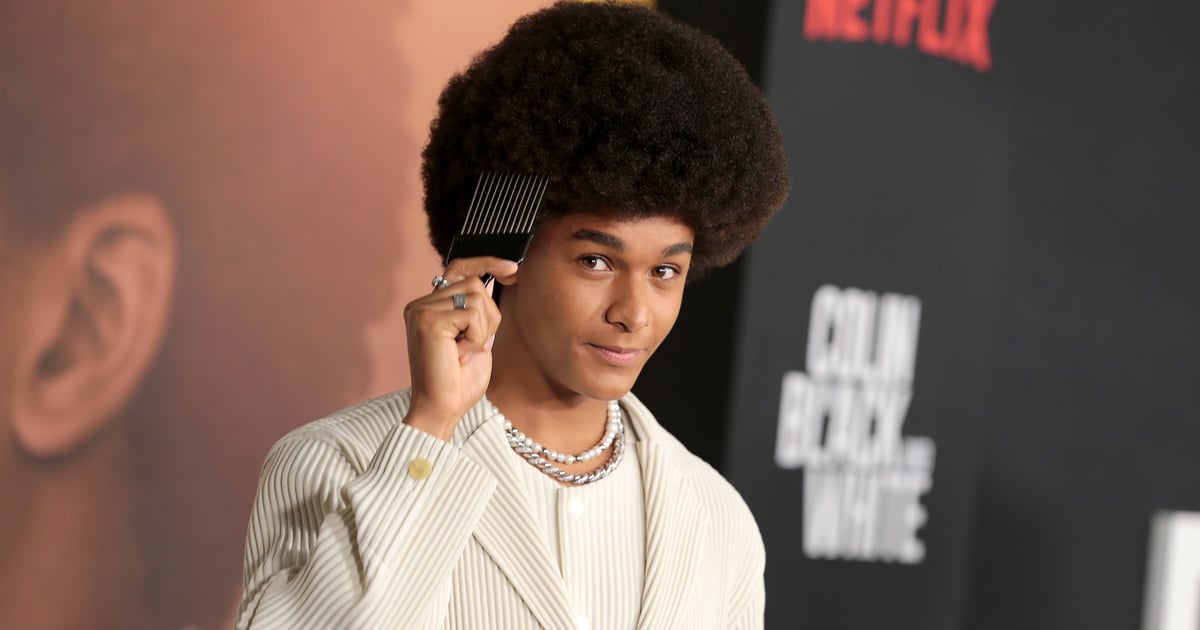 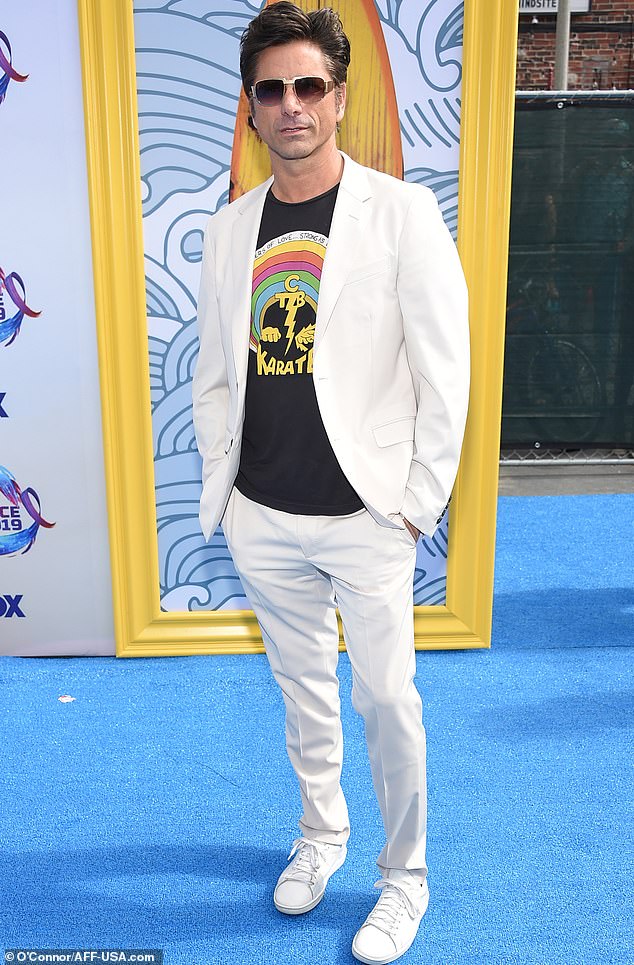 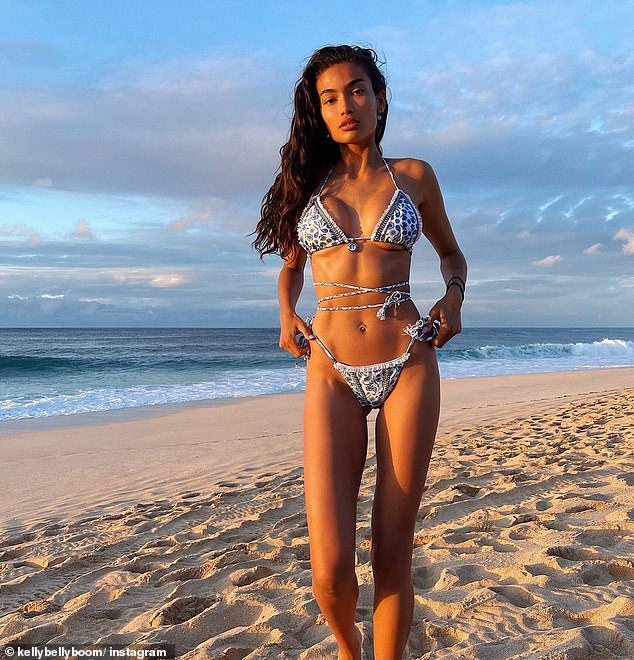