Netflix boss Ted Sarandos has come to the defense of Dave Chappelle‘s ‘The Closer’ stand-up special against a woke mob trying to cancel it, telling his staff that ‘content on screen doesn’t translate to real-world harm’.

The streaming service CEO’s defense was sent in a memo to all Netflix staff on Monday, amid a backlash against the stand-up special and Chapelle’s remarks that some have claimed is transphobic.

Woke activists have been clamoring for the title’s removal from Netflix, with a number of the company’s employees scheduled to stage a walkout in protest.

But others have vigorously defended the comic’s special, with the family of Daphne Dorman – a transgender woman and friend of Chappelle’s who committed suicide in 2019  – saying that she would have likely found his material funny.

In his lengthy missive, Sarandos also stood up for Dave Chappelle’s ‘The Closer’ and its right to be available on the streaming service.

While he acknowledged the concerns aired by the trans community, he denied that when so-called transphobic views are given a platform, they lead to real-world harm, citing examples of other Netflix shows, or ‘titles’.

Dave Chappelle continues to face backlash over the controversial contents of his latest Netflix special, The Closer (pictured), which critics say were transphobic 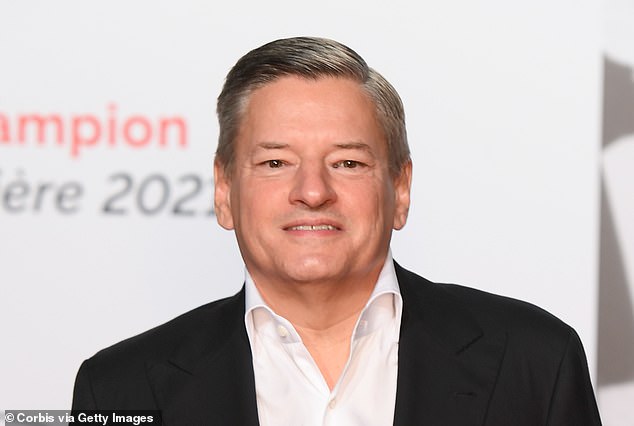 Netflix boss Ted Sarandos has defended Dave Chappelle’s ‘The Closer’ special to his staff, telling them in an email ‘content on screen doesn’t translate to real-world harm’

‘We know that a number of you have been left angry, disappointed and hurt by our decision to put Dave Chappelle’s latest special on Netflix,’ Sarandos wrote in the email to staff, obtained by Variety.

‘With ‘The Closer,’ we understand that the concern is not about offensive-to-some content but titles which could increase real world harm (such as further marginalizing already marginalized groups, hate, violence etc.)

‘Last year, we heard similar concerns about 365 Days and violence against women. While some employees disagree, we have a strong belief that content on screen doesn’t directly translate to real-world harm,’ he continued.

Movie 365 Days, referenced by Sarandos, is about an Italian mafia boss who kidnaps a woman he’s infatuated with and demands she spend the next year in his villa.

The movie was slammed by survivors of sexual assault, with singer Duffy writing in an open letter to CEO and co-founder Reed Hastings that it ‘glamorizes the brutal reality of sex trafficking, kidnapping and rape.’

Sarandos’ memo continued: ‘The strongest evidence to support this is that violence on screens has grown hugely over the last thirty years, especially with first party shooter games, and yet violent crime has fallen significantly in many countries. 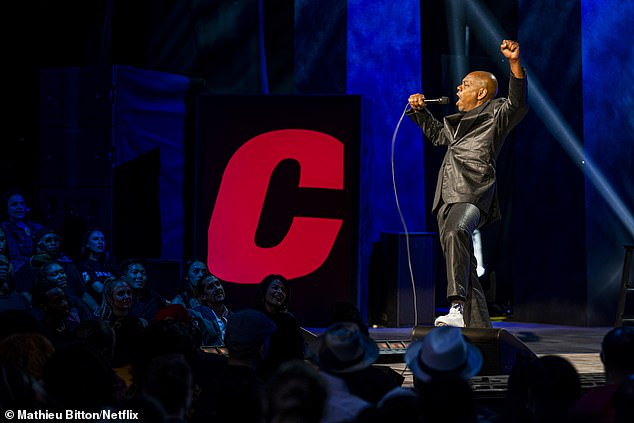 ‘Adults can watch violence, assault and abuse – or enjoy shocking stand-up comedy – without it causing them to harm others,’ he said.

GLAAD, a queer media watchdog, contested Sarandos’ claim, with a spokesperson telling Variety the organisation was ‘founded 36 years ago because media representation has consequences for LGBTQ people.

‘Authentic media stories about LGBTQ lives have been cited as directly responsible for increasing public support for issues like marriage equality,’ they said.

‘But film and TV have also been filled with stereotypes and misinformation about us for decades, leading to real world harm, especially for trans people and LGBTQ people of color. Ironically, the documentary ‘Disclosure’ on Netflix demonstrates this quite clearly.’

In ‘The Closer’, Chapelle backed author JK Rowling over her comments on gender, said ‘gender is a fact’, and announced ‘I’m team TERF.’ TERF stands for Trans-Exclusionary Radical Feminist.

The term is generally used by some trans people and their allies to attack others who disagree with some parts of their call for equality for Trans people.

Those who have criticized Chapelle’s jokes have specifically cited the physical danger faced by the trans community as a result of anti-trans ideology. 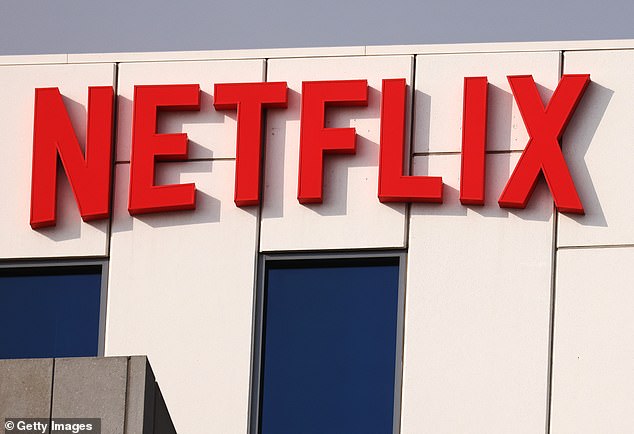 Activists have been clamoring for the title’s removal from Netflix, with a number of the company’s employees scheduled to stage a walkout in protest 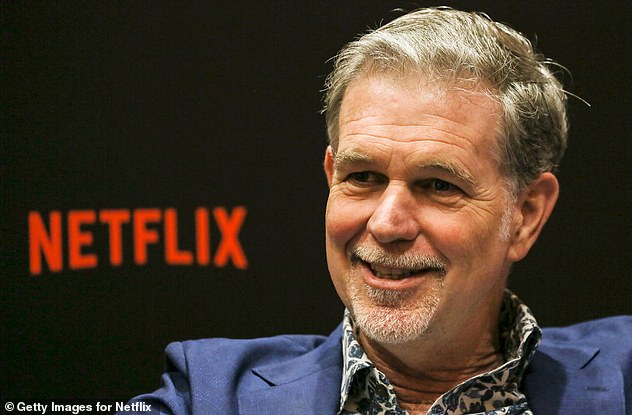 Members of the company’s Trans ERG said that ‘our leadership has shown us they do not uphold the values to which we are held.’ Above is the company’s co-CEO Reed Hastings

Trans Netflix employee Terra Field, in a viral Twitter thread last week, said: ‘What we object to is the harm that content like this does to the trans community (especially trans people of color) and VERY specifically Black trans women. People who look like me aren’t being killed. I’m a white woman.’

Field was suspended by Netflix after she walked into a director’s meeting she had not been invited to after taking to Twitter to criticize the comedy special. She has since been reinstated.

Queer author and attorney Preston Mitchum wrote on Wednesday: ‘Make no mistake, Chappelle’s alleged jokes do not impact hypothetical people; they, in fact, cause real harm to transgender and nonbinary viewers and Black LGBTQ youth who may have once looked up to him as a role model.’

Award-winning author and poet Saeed Jones – who is black and gay – said he used to value Chappelle’s comedy, but The Closer made him feel as though ‘I’d just been stabbed by someone I once admired and now he was demanding that I stop bleeding,’ in an opinion piece for GQ.

At one point in the Netflix special – Chappelle’s sixth on the platform – he joked that the gay community is leagues ahead of the black community in terms of civil rights.

‘We blacks, we look at the gay community and we go ‘Goddamn it! Look how well that movement is going,’ Chappelle quipped.

But Jones wrote: ‘Never mind that, in addition to being both black and gay, I also happen to live in the state of Ohio, as does Chappelle himself, where our governor just signed a provision that will allow doctors and other medical professionals to deny healthcare to LGBTQ patients.’

Another person to speak out against the special was transgender Netflix producer Jaclyn Moore, who said she will no longer work for Netflix following the streamer’s release of The Closer, which she said includes ‘transphobic comments’.

Moore, who worked on the Netflix hit Dear White People for four years as an executive producer and showrunner, claimed bosses at the streaming service are to blame more than 48-year-old Chappelle, who is known for being controversial. 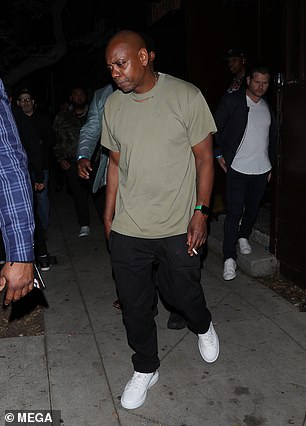 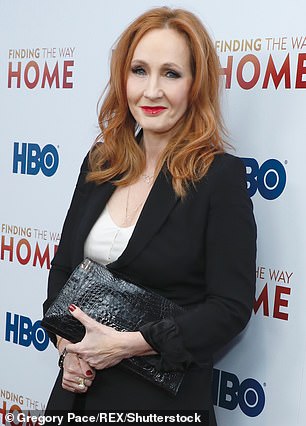 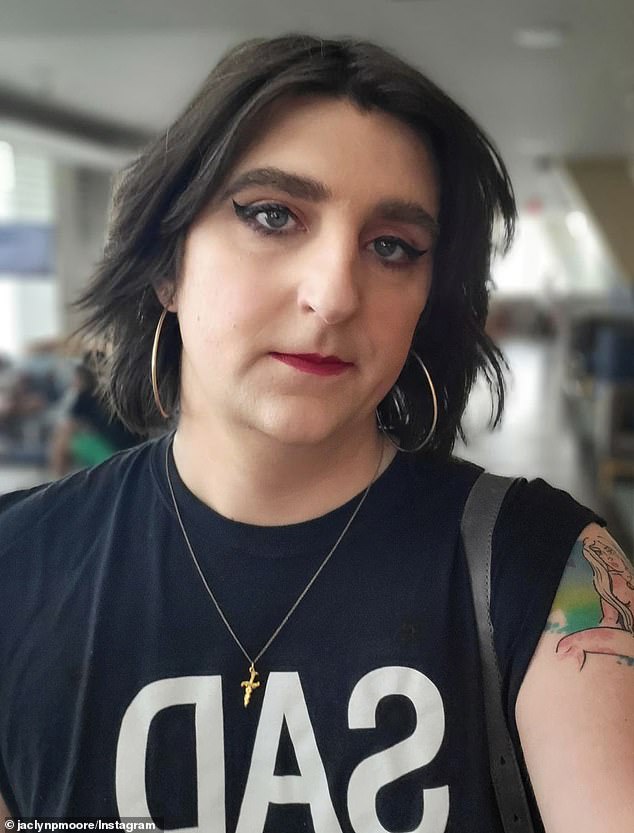 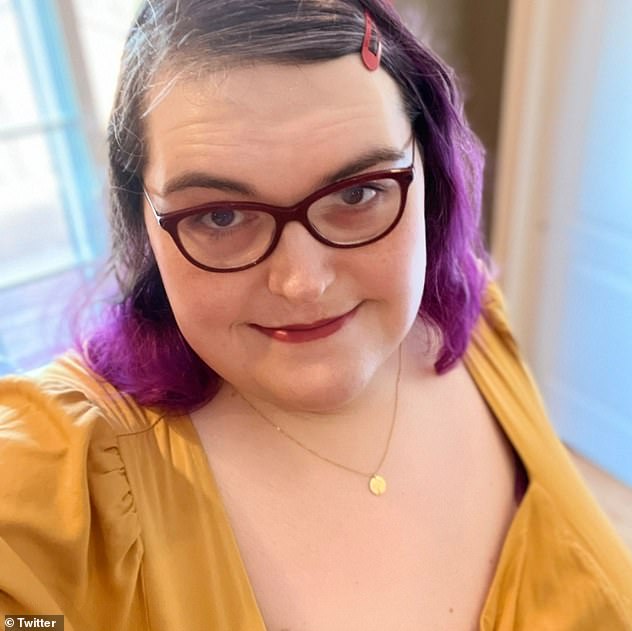 Sarandos’s memo comes after the brief firing of Terra Field (pictured), a transgender employee who was suspended, and then reinstated, after Netflix officials said she attended a meeting uninvited only to backtrack and say she meant no ‘ill intent’ by attending

Sarandos’ assertion that on-screen violence doesn’t lead to a real-world increase is backed by studies from 2016 conducted by the American Academy of Pediatrics and the American Psychological Association.

But the trans community has for a long time been desperate to educate people on the shocking fatality rate it faces, with the Human Rights Campaign in 2020 recording a record number of violent deaths suffered by trans and gender nonconforming people since it started reporting the rate in 2013.

Sarandos’ note went on to say that Netflix is ‘working hard to ensure marginalized communities aren’t defined by a single story.’

The key to that effort, Sarandos said, is ‘increasing diversity on the content team itself,’ and pointed to titles like ‘Sex Education,’ ‘Orange is the New Black,’ ‘Control Z,’ and stand-up comedy from Hannah Gadsby as examples.

‘Our hope is that you can be hugely inspired by entertaining the world, while also living with titles you strongly believe have no place on Netflix. This will not be the last title that causes some of you to wonder if you can still love Netflix. I sincerely hope that you can,’ he concluded the missive.

Sarandos’ comments come after the family of a transgender woman who Chappelle said was hounded to death for defending his earlier jokes in 2019 in another  Netflix show have slammed those trying to ‘cancel’ him. 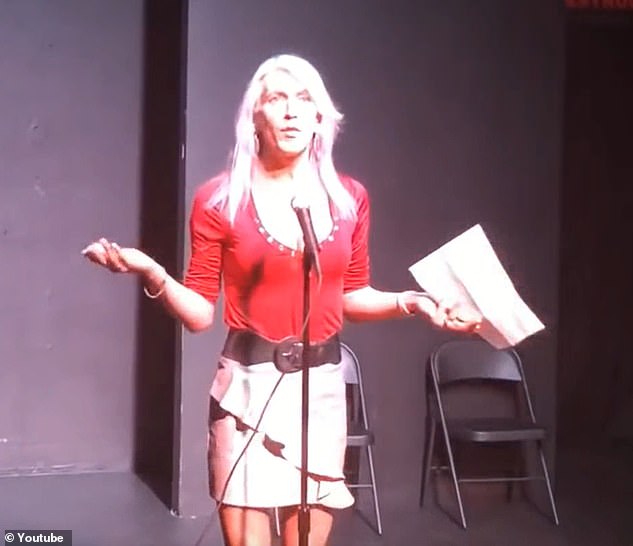 Daphne Dorman (pictured), 44, was a transgender amateur comic who opened for comedian Dave Chappelle. Her family have said Dorman would have found Chapelle’s material funny

Daphne Dorman was 44 when she killed herself in 2019 after defending her friend Chappelle for jokes made during a Netflix special that year.

‘When she did that, the trans community dragged that b**** through Twitter,’ Chappelle told the audience in The Closer.

‘For days, they was going in on her and she was on her own because she’s funny,’ he continued, hinting the harassment might have contributed to her suicide.

‘It’s a true story; my heart was broken. I don’t know what was going on, but I’ll bet dragging her didn’t help.’

Dorman, who began transitioning to a woman in 2014, was an up-and-coming comedian who opened a show for Chappelle.

Speaking about her sister’s own comedy streak, Becky Kugler told DailyMail.com: ‘Just from the word ‘go’ she was always very funny.

‘She could make the sentence, “The dog took a c**p” hysterically funny. It’s just the way she can use her descriptive words and how she worded things.’

Kugler said Dorman likely would have found some of Chappelle’s material funny, and that she wouldn’t have taken offense at his comedic fodder.

‘In her mind, he wasn’t giving (the LBGTQ community) lack of support, nor was he giving them support. He was making jokes because that’s what comedians do,’ Kugler told DailyMail.com. ‘In her opinion, you make jokes about everything.’

Dorman drew criticism after defending Chappelle’s show Sticks and Stones, which took jabs at gay and trans people, with tweet on August 28, 2019.

‘Punching down requires you to consider yourself superior to another group,’ she tweeted. ‘@DaveChappelle doesn’t consider himself better than me in any way. He isn’t punching up or punching down.

‘He’s punching lines. That’s his job and he’s a master of his craft.’

The Closer has scored 96 per cent positive reviews from regular viewers on Rotten Tomatoes – but just 43 per cent from critics, many of whom accused Chappelle of transphobia.

Rotten Tomatoes, which collates reviews from critics and regular viewers for movies and TV shows, has attracted more than 2,500 notices from TV fans who’ve watched the special.

Around 96 out of every 100 regular viewers has given it a near-perfect score. Many also wrote glowing reviews to accompany their ratings.

The polarizing production has received rave reviews from viewers online, garnering a 96% user rating on Rotten Tomatoes, but scored just 43% with critics 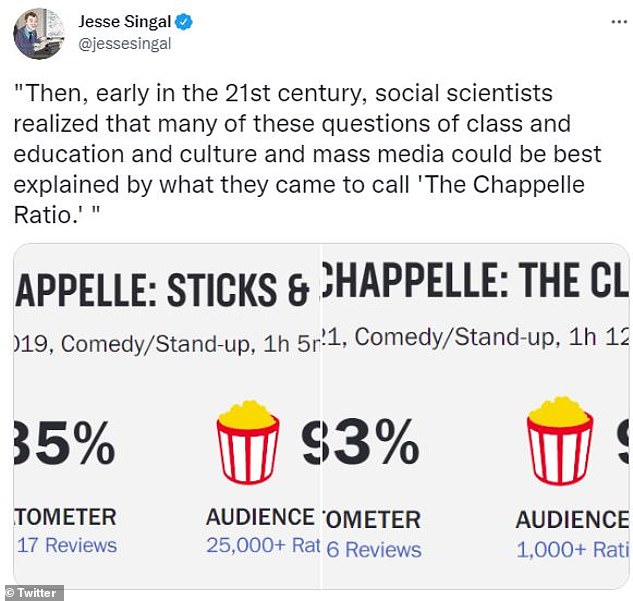 One Twitter user, journalist Jesse Singal, joked about the stark difference in opinions between the two groups, equating the dissent to a division of social classes

Conversely, the seven professional critics’ reviews analyzed by Rotten Tomatoes average out at just 43/100, with many of the journalists behind those pieces openly hostile to Chappelle for his perceived bigotry towards transgender people.

Journalists including cultural commentator Jesse Singal have noted the stark contrast, saying it suggests that woke media elites are more out of touch with regular people than ever.

He shared a grab of the two Rotten Tomatoes scores, and captioned it: ‘Then, early in the 21st century, social scientists realized that many of these questions of class and education and culture and mass media could best be explained by what they came to call ‘The Chappelle Ratio”.

Suicidal thoughts and attempts are higher among transgender adults than in the general population, according to a UCLA study.

If you or someone you know is having suicidal thoughts, call the National Suicide Prevention Lifeline: 800-273-8255. 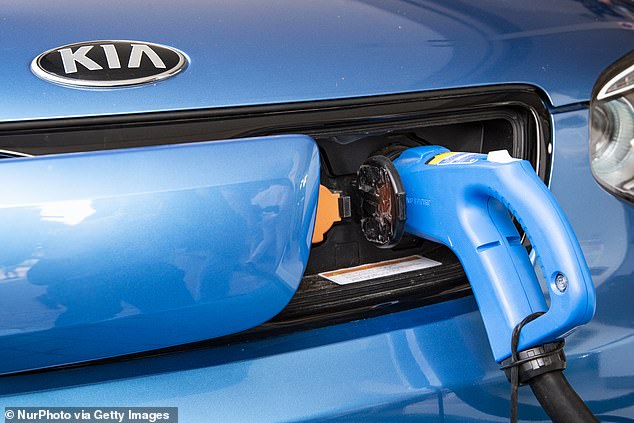 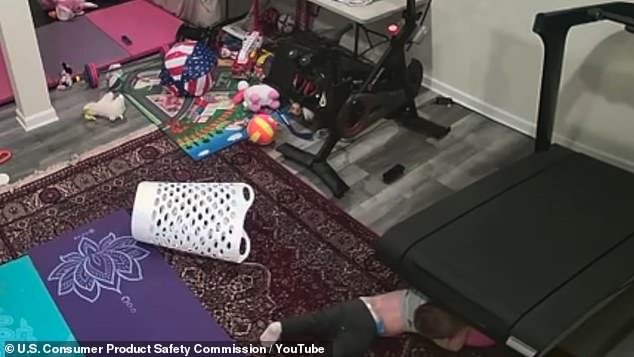 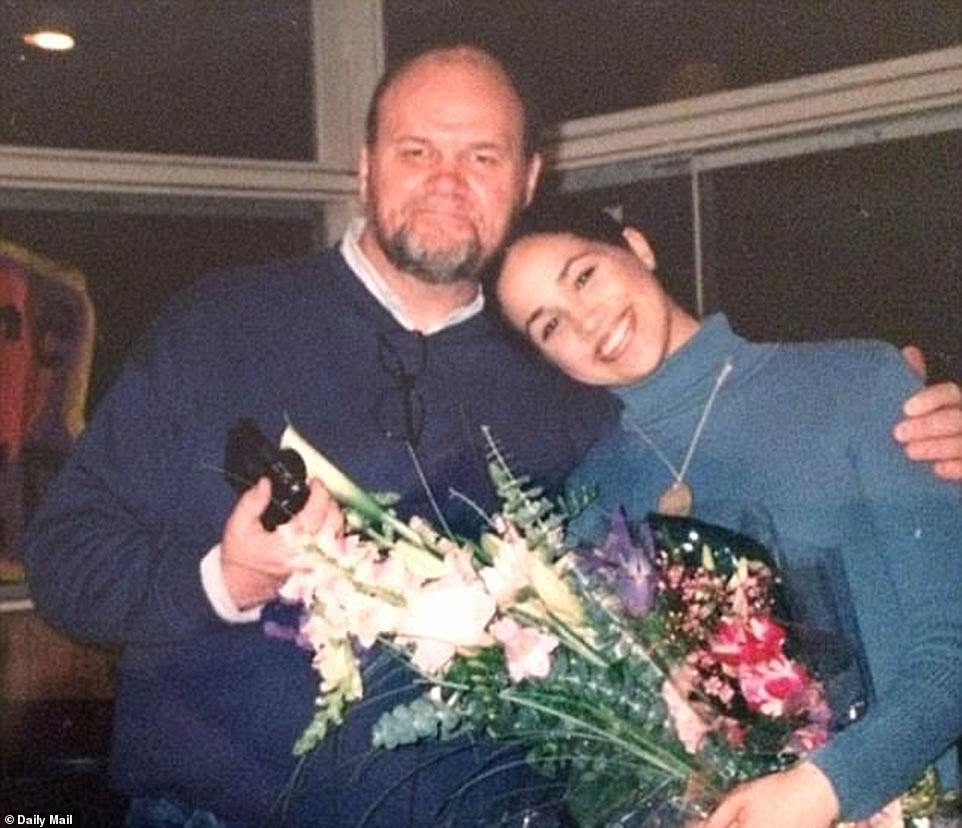