A Loch Ness Monster hunter believes she has caught the beast on camera after a live webcam stream of the loch captured a mysterious black shape moving across the water.

Kalynn Wangle, 28, from Oregon, recorded the shape moving slowly on the surface of the water whilst watching the livestream of the freshwater Loch in the Scottish Highlands on March 17.

In the video, which was described as ‘as good as it gets’ by Nessie hunters, a black shape can be seen moving slowly south across the water, before it slips beneath the surface behind a tree.

Now the footage has been entered into the Official Loch Ness Monster Sightings Register as the fifth official sighting this year.

Miss Wangle said: ‘A friend of mine that I met through the webcam chat asked me to take a look at it.

‘I had never seen anything quite like it on the webcam before and I thought it was interesting enough to make a video.

‘When it is really visible, it’s much longer than any boat that I have seen on the webcam.

‘To me, it really looks like there is a large animal in the water, and it’s possibly making a wave as is moves just under the surface.’

Gary Campbell, who keeps the Official Loch Ness Monster Sightings Register, said that until people could visit in person, Kalynn’s sighting was the best you could get.

‘It’s as good as it now gets with the webcam reports,’ he said. 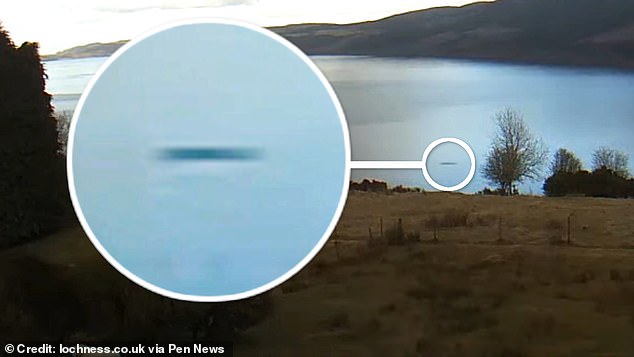 ‘Less than a quarter of reports make it on to the register – the rest we get can all be explained.’

And since there’s no easy explanation for Miss Wangle’s sighting, it’s officially been recorded as the fifth sighting this year, there has since been another sighting of the beast. On March 26 a dark shape was once again spotted by webcam watcher Roslyn Casey from Leeds.

Mr Campbell continued: ‘This year looks good for sightings so far and what has been reported is on a par with previous years.

‘We just want to welcome people back the loch as soon as possible as there is really no substitute for being on the shore or on the water and having a look.’

Miss Wangle’s sighting unfolded over the course of three minutes, though the footage has been sped up to help clarify the movement of the shape across the water. 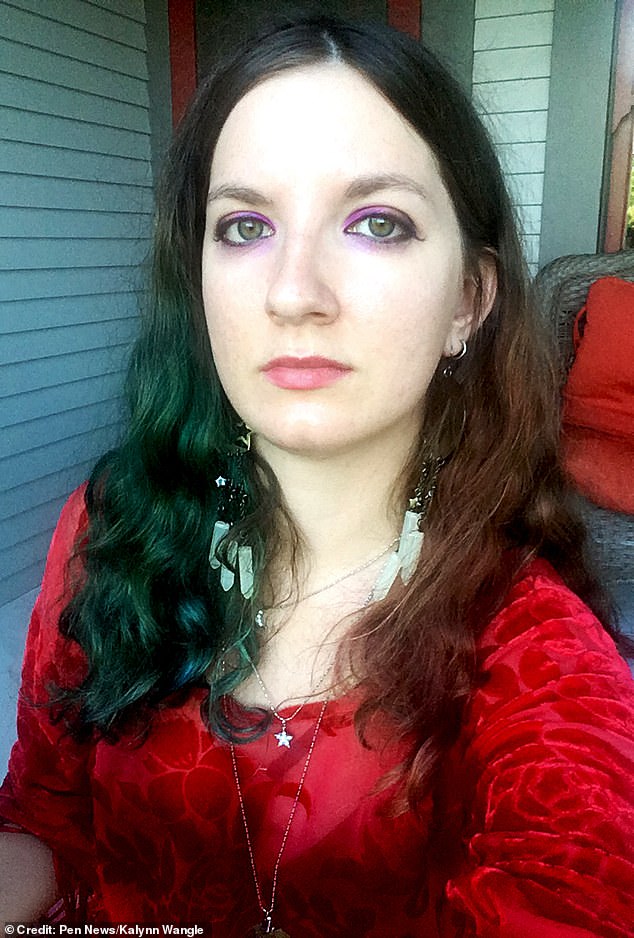 Kalynn Wangle, 28, from Oregon, U.S, recorded the enigmatic presence moving slowly through the loch whilst watching the livestream of the loch in the Scottish Highlands

Kalynn, who logged on from Oregon in the US, is totally convinced that the monster is real.

‘I watched this footage carefully, a few times over,’ she said.

‘What really got to me was the fact that you don’t see the shape again once it goes behind the tree.

‘I watched for nine minutes afterward just to be sure. That’s when I got excited that this could be Nessie.’

She continued: ‘I 100% believe in Nessie. There is still so much about the world we live in that we don’t know. 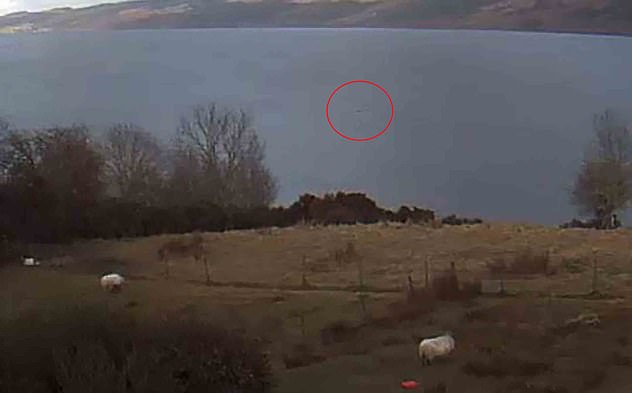 ‘I personally have had some strange encounters in my life, including one with a Nessie-type creature.

‘I can tell you that whatever these creatures really are, they are very intelligent, and they know how to hide.

‘They could be watching you just under the surface of the water and you would never even know they were there, which is exciting but also a little bit scary.’

Miss Wangle, who documents potential monster sightings through her YouTube channel, Team Nessie, is now hoping to visit the loch in person and see the creature in the flesh.

She said: ‘I hope to one day visit Scotland, and see Nessie with my own eyes, I think that would be really cool!’

The Nessie On The Net webcam can be watched live here.

Hunt for Loch Ness Monster: The six official sightings of the mysterious creature so far this year

There have been six ‘official’ sightings of the Loch Ness Monster logged in Scotland in 2021 so far, with the majority made through a livestream of the loch watched by thousands from around the world.

The first sighting was made by Kalynn Wangle, of Oregon, who reported a v-shaped wake near the left of the loch’s front shore at 11.42am on January 11.

Ms Wangle reported that a black shape could be seen surfacing for a second, around ten seconds after the wake, suggesting it had swam out from behind a tree.

On January 19 long time Nessie watcher Eoin O’Fagan from Donegal, Ireland, spotted an unexplained dark spot on the webcam live stream at 2.20pm, towards the bottom right hand corner of the loch which came in and out of view for 20 minutes. He confirmed no boat traffic had been in the area.

Just three days later on January 22 as Mr O’Fagan was watching the livestream again he made the third spotting of Nessie this year.

Mr O’Fagan told officials at Lochness Sightings: ‘I just went into the webcam at 2.11 pm and immediately saw what I could make out was 2 objects splashing around in the bay about 100ft apart. 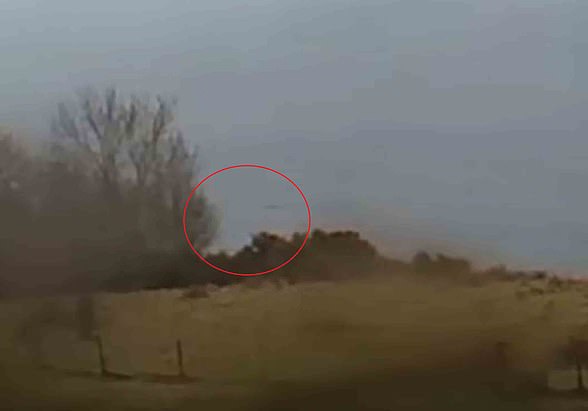 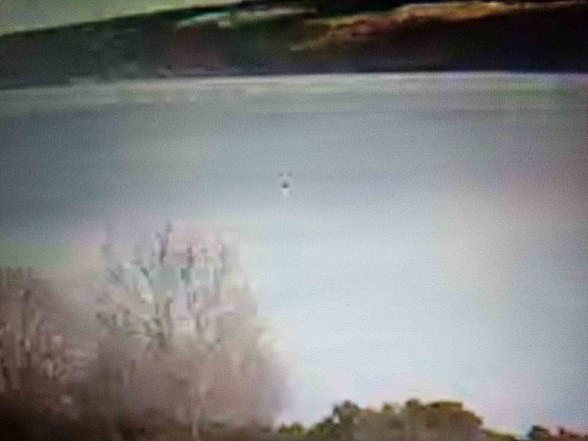 Also on January 22 Mr O’Fagan, 56, said he noticed objects (above) ‘rising up and down’ near Urquhart Castle, where sightings of the mythical beast are at their highest

‘They were two black objects throwing up a lot of water, and from the distance were large looking in the water. Then the one on the right submerged, and then came up again. The one on the left did the same thing intermittently. They were visible for up to 3 minutes, and then there was nothing. They could have been a couple of feet out of the water and maybe a dozen feet long.’ 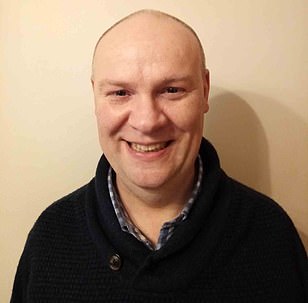 As an avid watcher of the webcam Mr O’Fagan also reported the fourth sighting of the year on March 12 at 5.08pm.

He claims a black shape ‘rising up and down’ can be seen by a disturbance on the water with two smaller black shapes nearby.

The fifth sighting was made by Kalynn Wangle on March 17 at 4.15pm as reported above.

She caught sight of the very large dark shape that ‘appeared to be swimming’ before going behind a tree.

The sixth and most recent sighting of the year was made by Roslyn Casey from Leeds on March 26 at 5.46pm. She had visited the loch in the past but also made the sighting on the live webcam.

She captured a photo of a long shape that was similar to the sighting made by Ms Wangle on March 17. 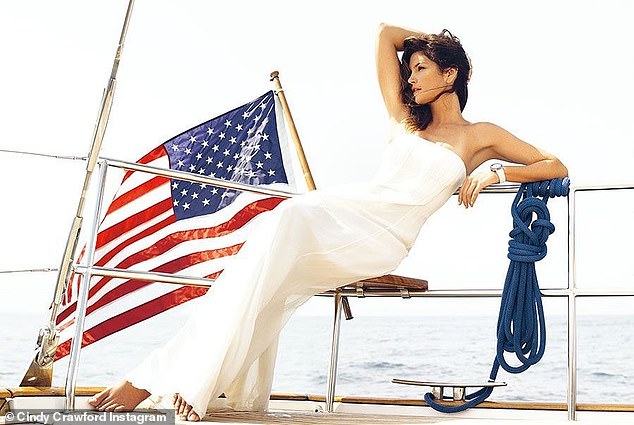 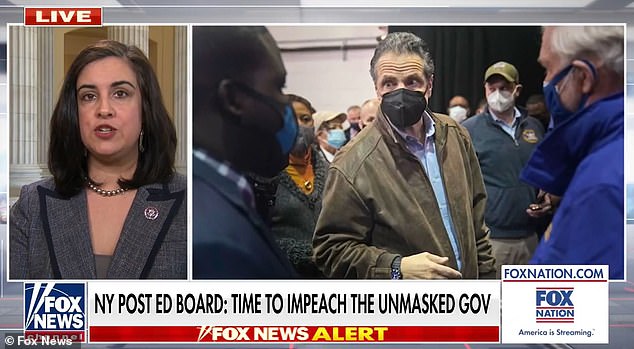 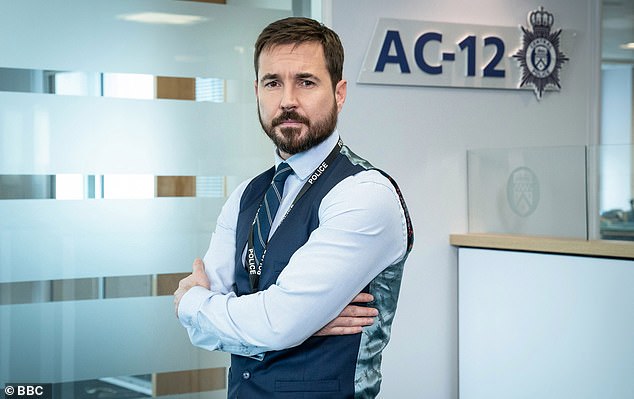 Line Of Duty, It’s A Sin and Bridgerton make the long-list for the National Television Awards 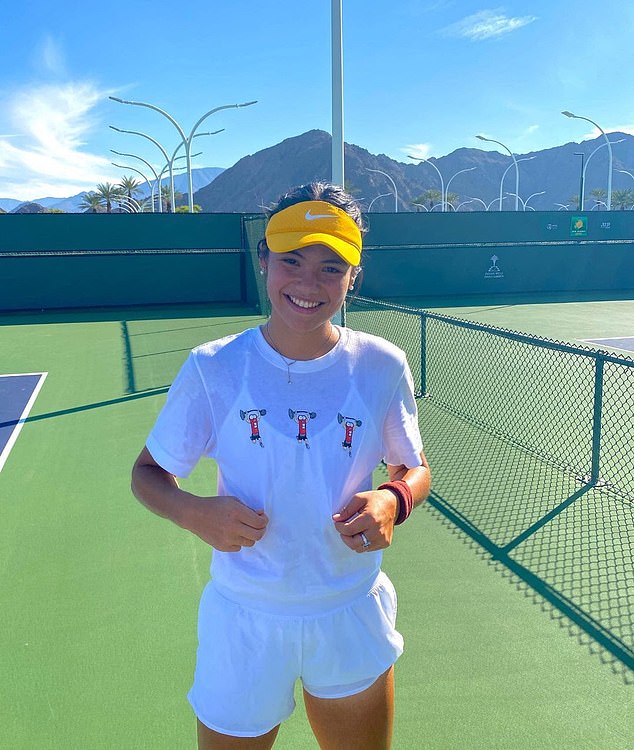