A new blow-by-blow account of the raid that got Osama bin Laden and the harrowing decision to go in reveals new details of how President Barack Obama finally got firm evidence the terror mastermind had been killed in a U.S. operation.

‘Congratulations, you killed Osama bin Laden,’ Pakistani military chief of staff Gen. Ashfaq Kayani told the president in the hours after Navy Seals undertook the daring raid that resulted in bin Laden’s death in an Abbottabad compound where bin Laden was hiding out.

Pakistani military personnel had showed up at the bin Laden family compound and gotten confirmation from family members, according to a new account on the 10th anniversary of the May 2011 raid published in  Politico.

The U.S. would ultimately obtain highly scientific confirmation – as well as coarse efforts to eyeball the situation.

Admiral Willam McRaven, who oversaw special forces carrying out the raid, asked a Navy SEAL to lie down next to bin Laden’s corpse, now ensconced in a body bag, to get a rough measurement of his height.

McRaven recounted the episode in his own book, ‘Sea Stories,’ and Obama included it in his own, ‘A Promised Land.’

SEALS had crossed over into Jalalabad, Afghanistan with bin Laden’s body, but it was hours before the White House would announce the raid. 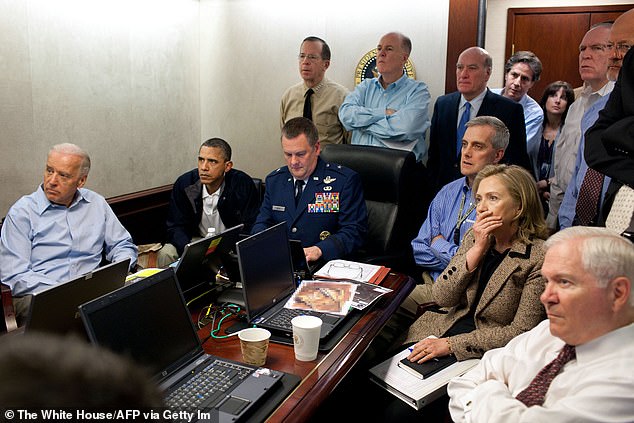 Former President Barack Obama solicited views from top advisors including former Vice President Joe Biden on the decision to go in, scene here from the situation room on May 1, 2011 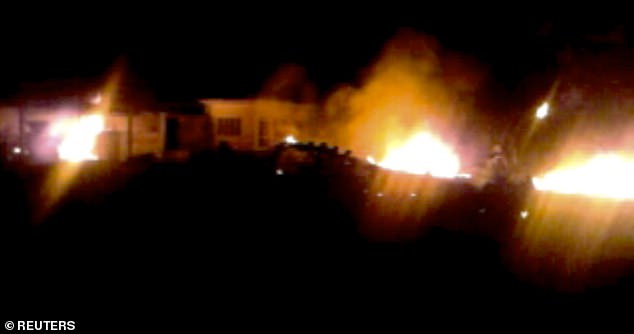 The compound, within which al Qaeda leader Osama bin Laden was killed, is seen in flames after it was attacked in Abbottabad in this still image taken from video footage from a mobile phone May 2, 2011 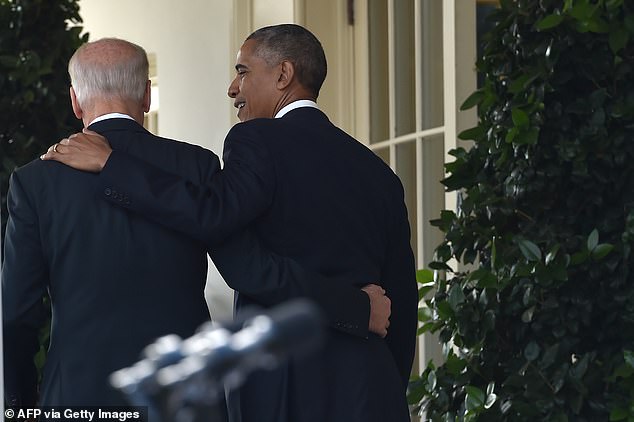 President Barack Obama (R) leaves together with Vice President Joe Biden (L) after he addressed the nation publicly for the first time since the shock election of Donald Trump as his successor, on November 9, 2016 at the White House

According to Mike Leiter, former director of the National Counterterrorism Center, Obama broke the ice with a quip on a video conference.

‘You just blew up a $65 million helicopter and you don’t have enough money to buy a tape measure?’ he joked to McRaven.

The new oral history by Garrett Graff also describes the difficult decision to decide whether to go ahead with the raid.

According to former deputy national security advisor Ben Rhodes, Biden’s role in a key Thursday strategy session before Obama authorized the raid was partly the role of ‘devil’s advocate’ – just hours before a raid that had to take place between Friday and Monday because there would be no moon. 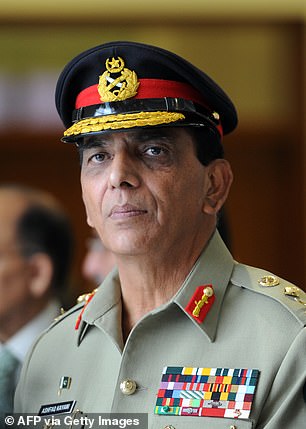 Biden, the former chair of the Senate Foreign Relations Committee, stressed the potential for blowback in Pakistan – whose government was infuriated by the incursion into its territory. The U.S. feared providing notice could cause a leak that would botch the operation.

‘Biden had worked a lot on Pakistan over the years, and he really laid out the risk of this going wrong and the potential for confrontation with the Pakistanis,’ said Rhodes.

‘Our embassy being overrun, the fallout that could ensue. I don’t remember it as being firmly against as much as it being about like, “I’m going to point out the downsides that you need to consider from the perspective of Pakistan.”

Said former CIA Director John Brennan: ‘I think Joe Biden was most concerned about if it was a failed mission, what it would mean for Barack Obama and his prospects for a second term.’

“You guys think he’s going to do this?” Biden asked.

‘We both said, “Yes, absolutely. He always said he would.”’

‘What was interesting about that is that Biden said, “Look, I see my role as trying to stretch out his options.” In a sense, Biden was just trying to make sure that Obama had a bunch of room for his decision-making. That always made me think that while he was opposed in the meeting, that some of his opposition was this role he saw for himself—he took a position against the grain to just create space,’ said Rhodes.

Word jumped around Washington and the internet even as President Obama prepared to tell the nation the hunt was over – and his aides scrambled to try to get reporters to the White House and set up a Sunday night speech.

In an odd twist, one of the first to get wind of what happened and publicly reveal it was Dwayne ‘the Rock’ Johnson.

Said Rhodes after the fact: ‘We’re like, “How the hell did The Rock know about this?” I have no idea where The Rock gets his information, but it’s pretty good information.’ 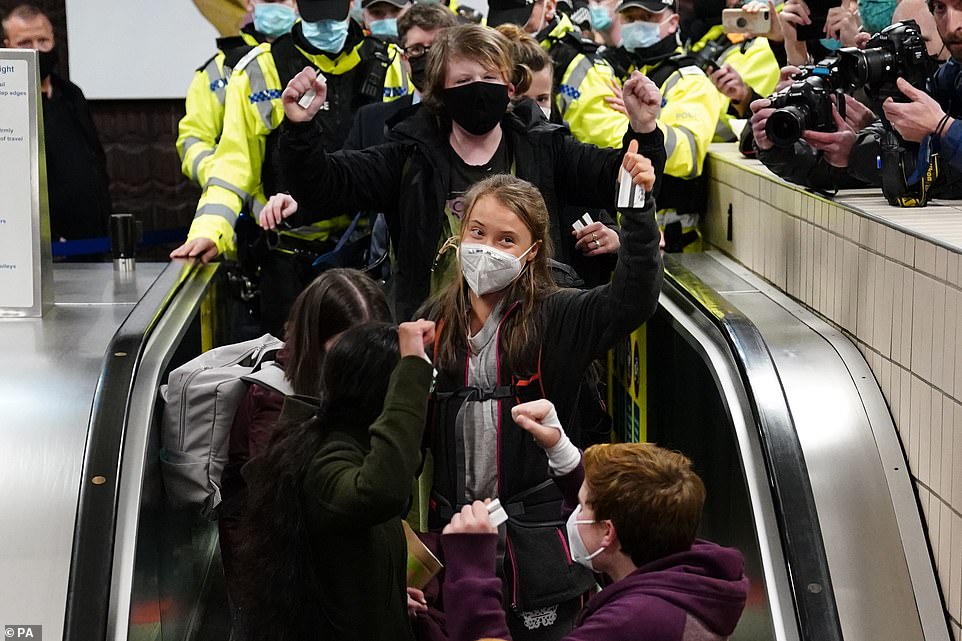 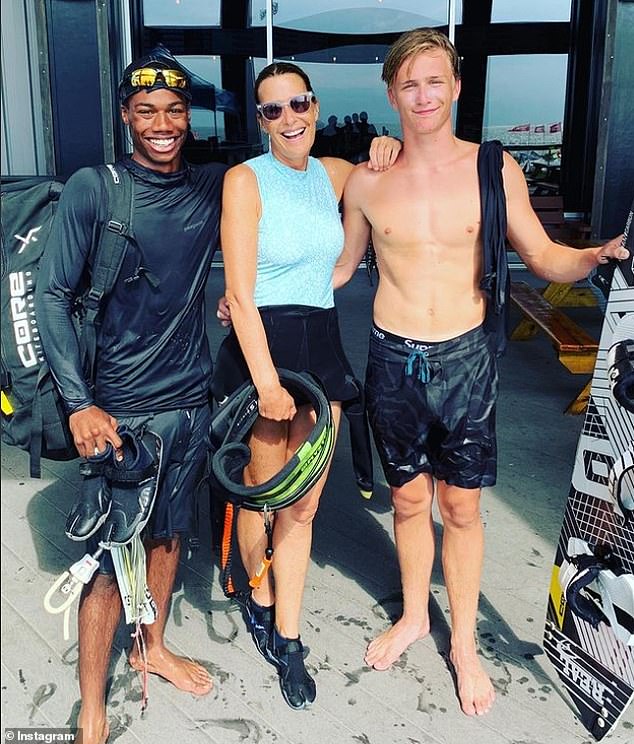 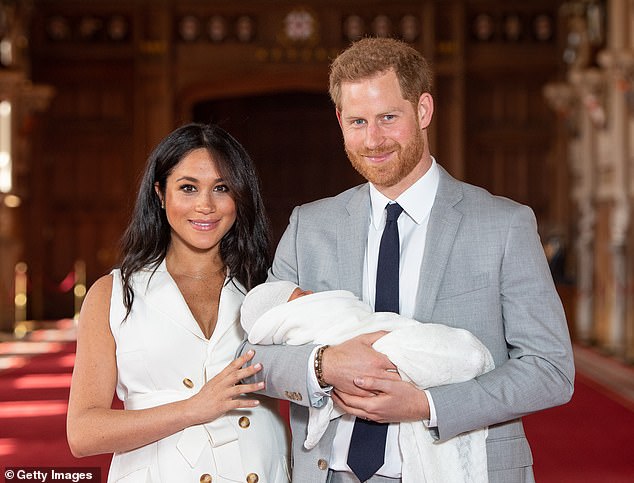