A computer programmer from San Francisco who was last seen more than a month ago on security video going upstairs to his apartment but never leaving has been found dead inside the building.

The family of Christopher Woitel, 50, on Monday announced through a spokesperson that his body was located by the police somewhere inside the building on Guerrero Street in the Mission District, where he had lived for two decades.

‘Today, the San Francisco Police Department and the Medical Examiner notified us that they have located Chris,’ Mark Guarino wrote in a Facebook status update. ‘It is with a heavy heart that we must inform you of Chris’ passing.

Found: Christopher Woitel, 50, was found dead inside his San Francisco apartment building, more than a month after he was seen on security video going upstairs to his unit 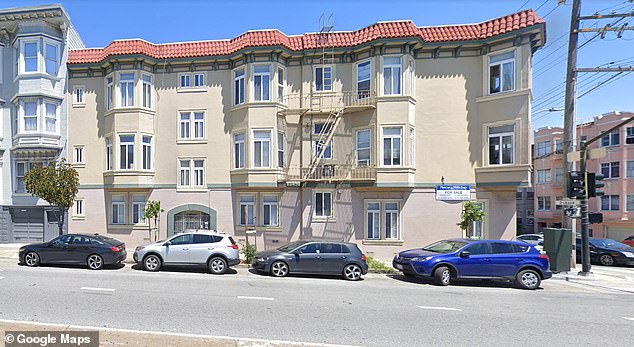 ‘Please help us by preserving Chris’ legacy in your memories. Thank you for your love and caring support through these very difficult times.’

According to Guarino, the autopsy on Woitel is still pending and his family cannot comment further.

DailyMail.com on Tuesday contacted the San Francisco Police Department and sent a list of questions concerning the circumstances surrounding the discovery of Woitel’s body inside the building, which reportedly has been searched by multiple people over the past five weeks. The agency has yet to respond to the queries.

At this time, it is unclear how Woitel died, where his body was found in the building, how long it had remained in that location, and why it was not discovered during searches conducted by the building manager, the police and the private investigator who was hired by the missing man’s family.

Woitel last contacted his mother through social media a day after his final sighting on surveillance video, on January 8, and had not been heard from since.

Woitel’s mother reported him missing on January 13. She says there has been no activity on his bank account or credit cards for the past month. 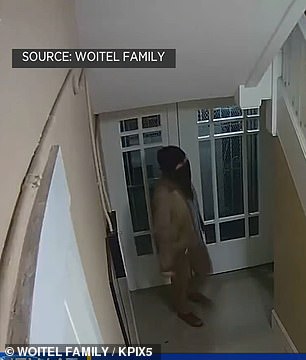 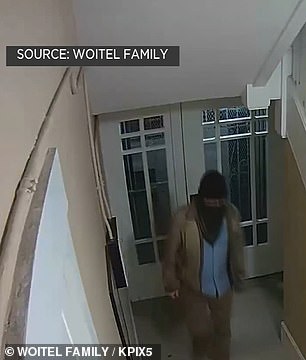 Video from January 8 shows Woitel entering his building at 8.38pm, carrying a bottle on wine in his hand 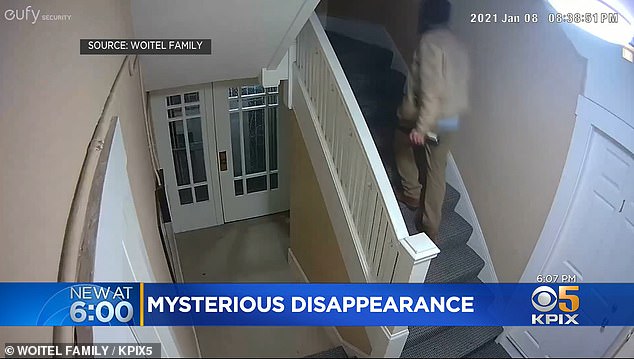 Woitel is seen walking up the stairs to his unit, marking his final sighting

Woitel’s family, who live in Chicago, have been frustrated with the purported lack of progress in the search and hired a private investigator, Scott Williams, to take a look at the case.

Williams was given access to Woitel’s apartment on Guerrero Street in San Francisco’s Mission District and found his possessions undisturbed and no signs of foul play. The search yielded no clues as to the man’s whereabouts, reported Mission Local.

According to Williams, the apartment building has a back door, but surveillance video from that area did not show Woitel leaving.

‘My gut feeling is something bad happened,’ Woitel’s sister Lara Haben told Mission Local before the discovery of his body.

Woitel’s siblings had traveled from the Midwest and spent the weekend handing out flyers in the Mission District to raise awareness of their brother’s plight, reported KPIX.

They also shared with the outlet footage that shows Woitel, wearing a black face covering, a beanie and a tan-colored jacket, going up the stairs to his unit, with a bottle of wine in his left hand, at 8.38pm on January 8, marking the last time he was seen.

In the days leading up to his disappearance, relatives said Woitel, who has been struggling with depression, was acting paranoid. He expressed concerns about the prospect of supporters of President Donald Trump causing unrest in San Francisco, and told his sister he was hearing explosions and felt ‘unsafe.’

He also asked Haben for money to replace his lost phone and talked about a planned getaway to the mountains.

Family and friends have described Woitel as a kind-hearted and generous man who has been known to bring food and open his home to people down on their luck, including some of San Francisco’s numerous homeless. 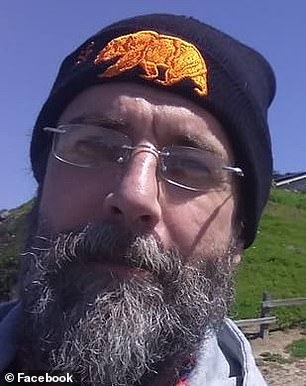 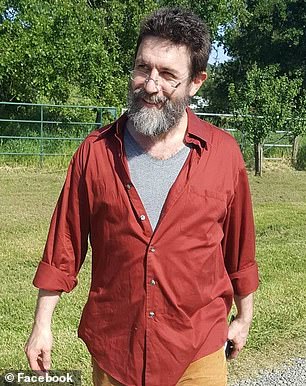 Woitel communicated with his mother on January 9 and has not been heard from since; his bank account and credit cards have not been used

‘It was always a little concerning, and he didn’t really like to talk to me about it too much because I would always say, “What are you doing, why are you doing that?”‘ friend Jennifer Berg told the San Francisco Examiner.

Williams, the private investigator, told the Mission Local that he has located a homeless man who is believed to be among the last people to visit Woitel at his apartment before his mysterious disappearance.

The man, who goes by the nickname ‘Bood,’ was allegedly found to be in possession of Woitel’s cellphone, which he said the computer programmer had sold him for $100.

According to Williams, the man claimed to have psychic abilities and told him that Woitel had been ‘shot in the head and wrapped in plastic’ during a robbery by a group of men before his body was thrown into the San Francisco Bay.

‘It is clear [the man] suffers from mental illness and as such could be delusional,’ the investigator said.

Woitel was said to be infatuated with Bood and would spend his money on whatever the man wanted. According to a friend, Woitel allowed the homeless man to stay at his apartment and paid his phone bills. 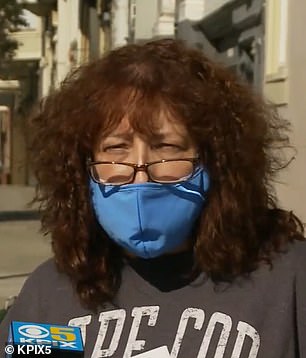 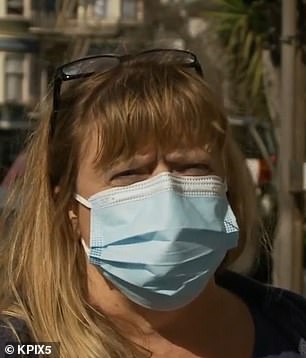 Woitel’s siblings, including sisters Kathy Flynn (left) and Lara Haben (right) had traveled from the Midwest this weekend to pass out fliers in the Mission District

Two days before Woitel vanished, surveillance video inside his building caught Bood entering his apartment, and leaving the following morning.

On the eve of Woitel’s disappearance, he sent Bood an angry, expletive-laden message on Facebook, accusing him of using his social media account to ‘harass people.’

‘You f***ing a**hole!’ Woitel reportedly wrote to Bood. ‘DONE. THAT’S IT. ENOUGH. You are on your own. You are far too much trouble…Don’t ever come here again!’

Woitel’s friend speculated that it is unlikely that Bood harmed the man himself because he has trouble walking due to a leg injury.

Woitel’s neighbor also revealed to the Mission Local that the programmer has been trying to avoid two friends, whom he described as ‘thugs from the underworld.’

Pictured: The McDonald’s that’s housed inside a stately 19th-century MANSION in Maine 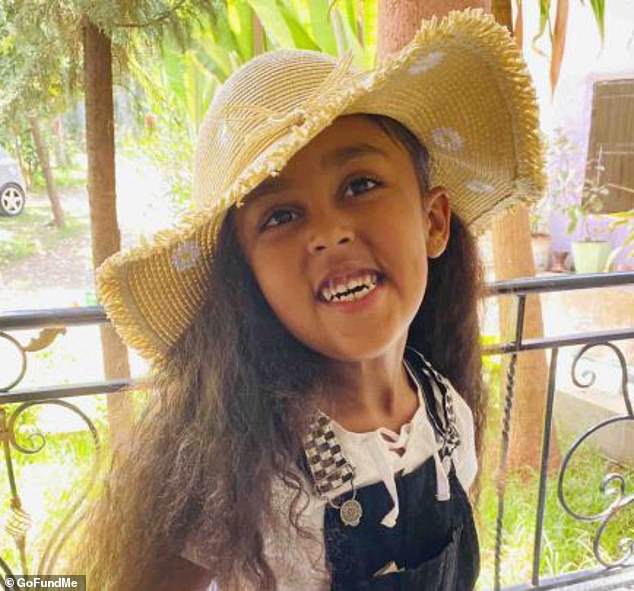 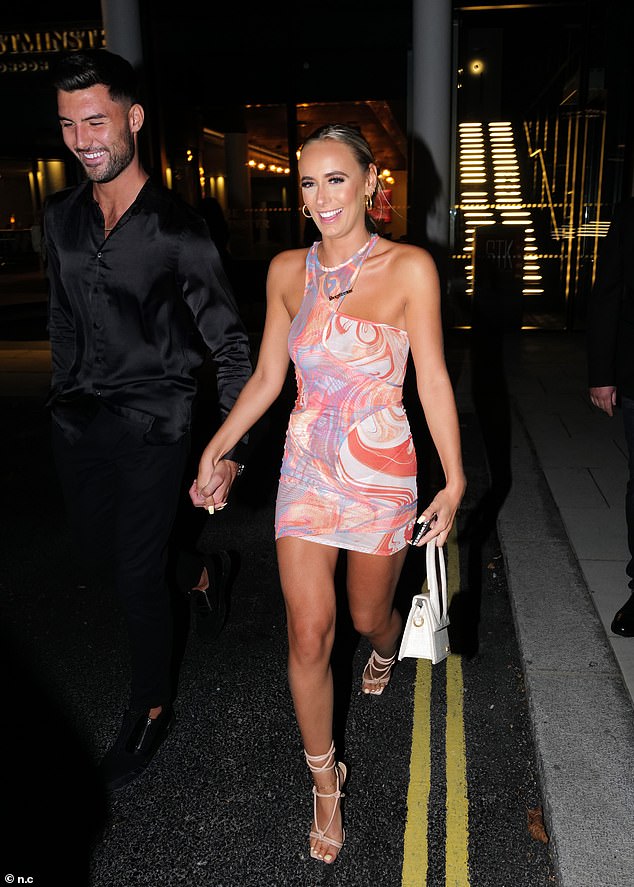 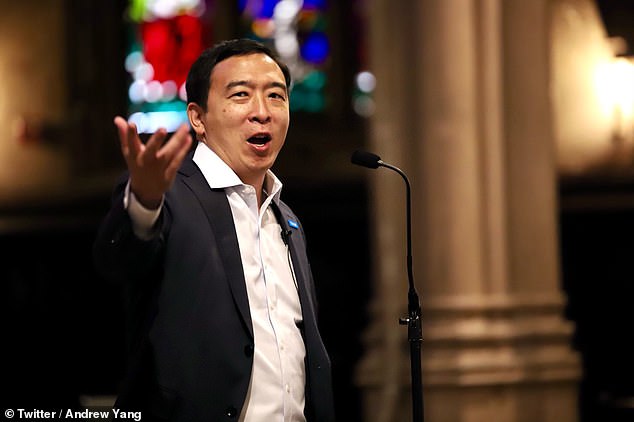