In a June 12 court filing, the disgraced lawyer said that he wants to admit his crime so that he can ‘be accountable; accept responsibility; avoid his former clients being further burdened; save the court and the government significant resources; and save his family further embarrassment.’

California federal prosecutors in 2019 hit the brash lawyer with 36 counts of fraud, perjury, tax evasion embezzlement and other crimes related to pocketing millions in client settlements, including keeping $4 million from a mentally ill paraplegic.

‘Mr. Avenatti received money on behalf of clients and simply took the money to finance his businesses and his personal expenses,’ California U.S. Attorney Nick Hanna said at the unsealing of the indictment.

The once high-flying Avenatti was sentenced to four years in federal prison in New York for diverting $300,000 in book proceeds from Daniels.

He received two and a half years behind bars for a 2021 conviction on charges he tried to extort Nike out of $25 million. Those sentences are running concurrently. 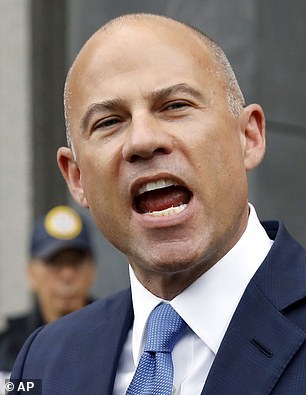 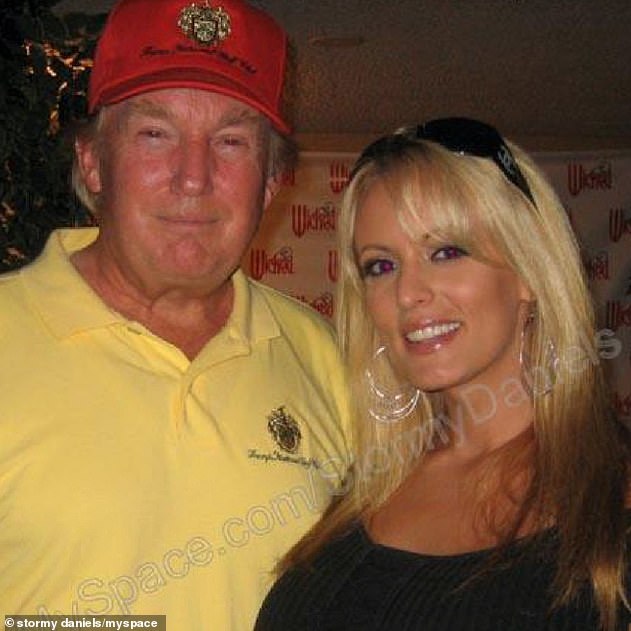 Avenatti tried to justify taking some book proceeds by citing other legal quests he took on for Daniels as he was litigating lawsuits brought on her behalf to negate the effects of a $130,000 payment she said she received in 2016 from Donald Trump’s personal lawyer to remain silent about a tryst a decade earlier that Trump has denied

Avenatti has been trying to strike a deal with the feds on the California for some time.

‘Despite repeated efforts over the last year by Mr. Avenatti and his counsel, including substantial efforts made in the last 30 days, defendant has been unable to reach a plea agreement with the government,’ according to a request filed by H. Dean Steward, Avenatti’s advisory counsel.

The media-hungry lawyer is charged in part with taking $4 million that Geoffery Ernest Johnson won against Los Angeles County over his incarceration in the Twin Towers jail.

Johnson attempted suicide by jumping off the upper floor of the lockup twice, injuring himself to the point he cannot use his legs.

Avenatti took the settlement and funneled it through bank accounts and laundered it in shell companies, including his race car team and Seattle coffee company, Global Baristas, to hide the money, prosecutors charge. 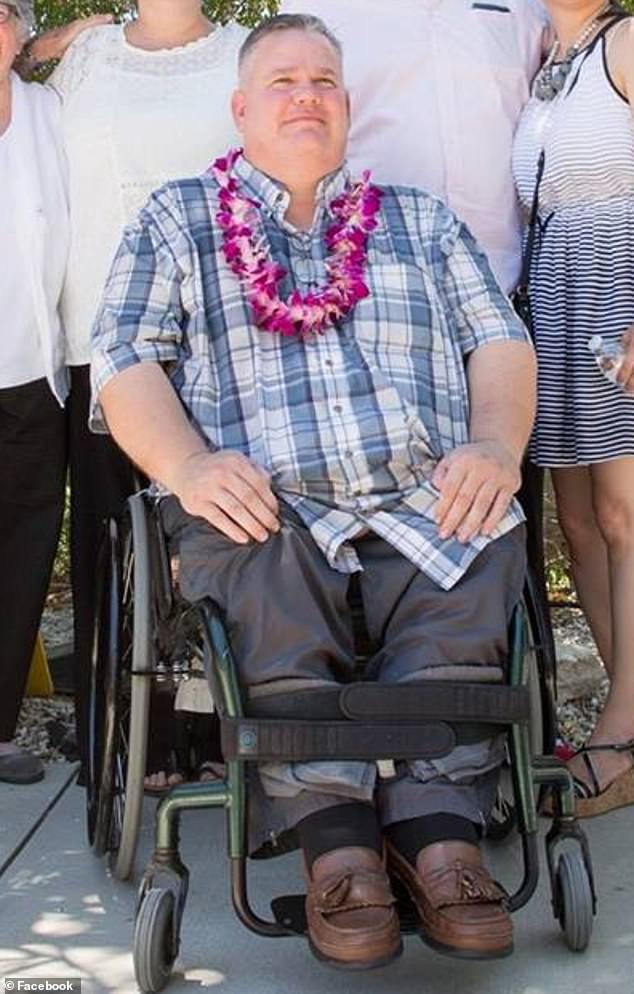 Avenatti is accused of hiding the settlement cash from Geoffery Ernest Johnson (pictured), pretending the money couldn’t be paid out. When he realized his alleged fraud would be exposed, he rushed over to Johnson and made him sign a glowing testimonial about his services to cover himself 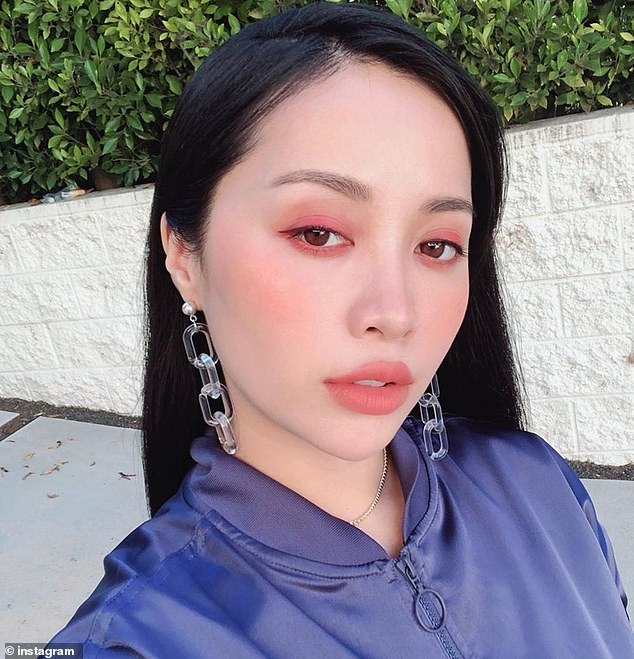 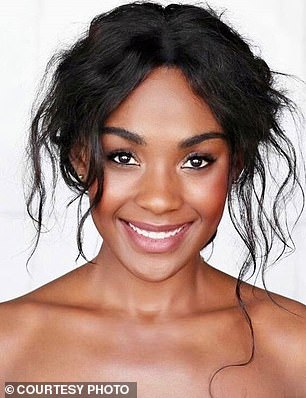 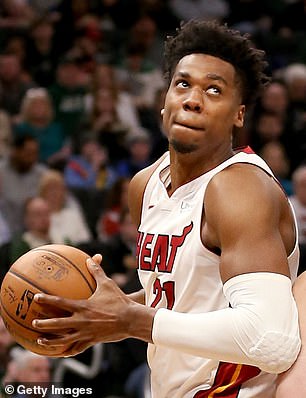 The attorney is accused of taking a $2.75 million settlement from NBA player Hassan Whiteside (right) that was meant for Avenatti’s client, the baller’s ex Alexis Gardner (left), and spending most of it on a 2016 Honda Jet

Within five months, Avenatti had burned through the $4 million, but told Johnson that the settlement money had not come in. In the meantime, Johnson’s disability payments from the Social Security Administration were cut off.

‘On a 1-to-100 scale, the despicability of his conduct ranks 1,000,’ Johnson’s lawyer Daniel Callahan said at the time the indictment was unsealed.

When Avenatti’s scheme looked it was unraveling, he duped Johnson into signing a glowing testimonial to him. 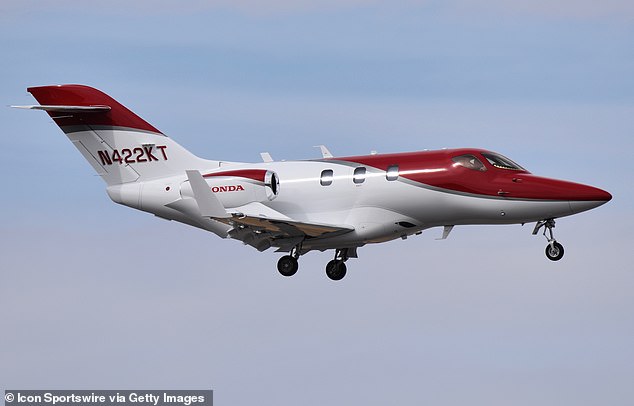 Prosecutors allege $2.5million was hidden by Avenatti to buy a share of of a small HA-420 private jet (file photo)

The indictment further charges him of withholding $2.4 million taxes from employees of Global Baristas, but never gave it to the IRS.

The lawyer used most of the money to pay for a private jet.

Beauty vlogger Michelle Phan and her business partner, Long Tran, were also victims of his scheme. The YouTuber with 8.8 million followers claimed that Avenatti embezzled $4 million in sales of stock from her beauty product company she sold to an unnamed company, according to the Daily Beast.

He used some of the money to pay off his tax debt.

Businessman Gregory Barela regretted retaining Avenatti after the lawyer kept part of a $1.9 million settlement, according to the feds.

Avenatti stole settlements from five clients in all.

It’s not clear from the recent filing how many of the three dozen federal charges Avenatti will admit to.

If convicted on all counts, the Century City lawyer would face a maximum sentence of 333 years, according to the feds.

THE CHARGES AGAINST AVENATTI

Avenatti allegedly committed wire fraud by lying to five clients about their settlements from cases he represented them in.

The total sum of the money he allegedly misappropriated is $10 million.

He is accused of not only hiding their payments from them but spending the money himself on private planes, repaying the IRS and funding his own businesses between 2015 and 2017.

Avenatti has not filed personal income tax returns since 2010, it is claimed.

Between 2015 and 2017, his coffee company Global Baristas US, did not pay $3.2million in federal payroll taxes.

More than $2million of that figure was withheld from staff pay checks and spent by Avenatti himself, it is alleged.

The two bank fraud charges relate to the original indictment and claims he submitted bogus financial information to obtain three loans totaling $4.1 million from The People’s Bank in Mississippi.

The bogus information included a tax return that had never been sent to the IRS and him overstating his law firm’s resources when it was on the brink of bankruptcy.

Three of the bankruptcy fraud charges allege that Avenatti submitted, under penalty of perjury, monthly operating reports that failed to report all of the firm’s accounts receivable in 2017.

Avenatti is charged with falsely testifying under oath during a June 2017 bankruptcy hearing by denying the firm had received any fees related to a lawsuit when Eagan Avenatti had actually received more than $1.3 million

Avenatti allegedly attempted to extort Nike by saying he had information which incriminated it in a pay-for-play college basketball scandal this year.

He allegedly told the company that he would conduct an internal investigation for a $25million fee instead of exposing it.

SENTENCE: Two and half years

Charged with misappropriating funds belonging to the ex adult film star Stormy Daniels to the tune of nearly $300,000. 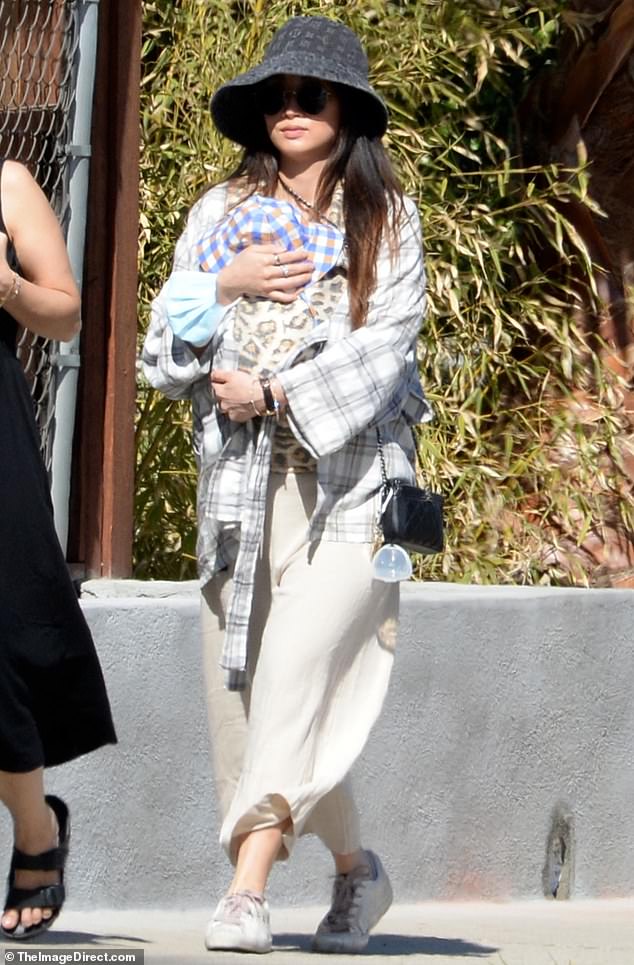 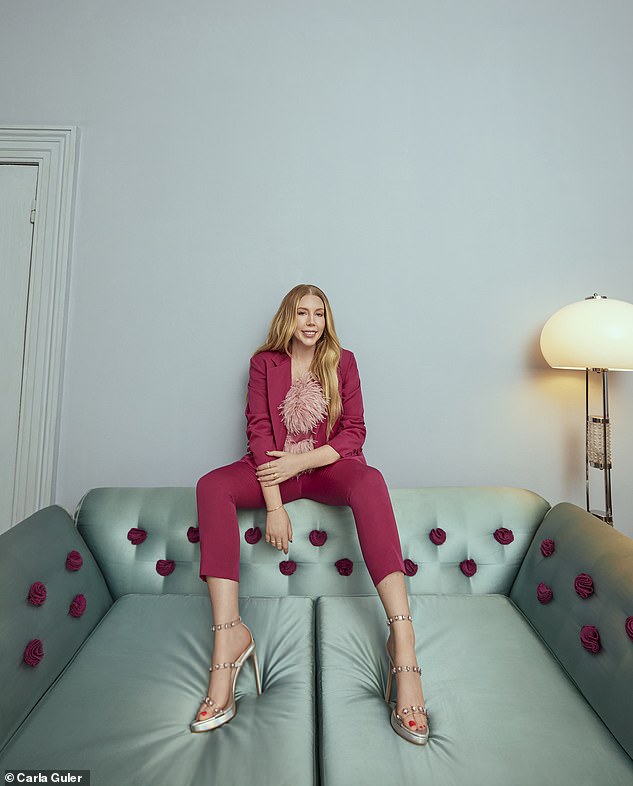 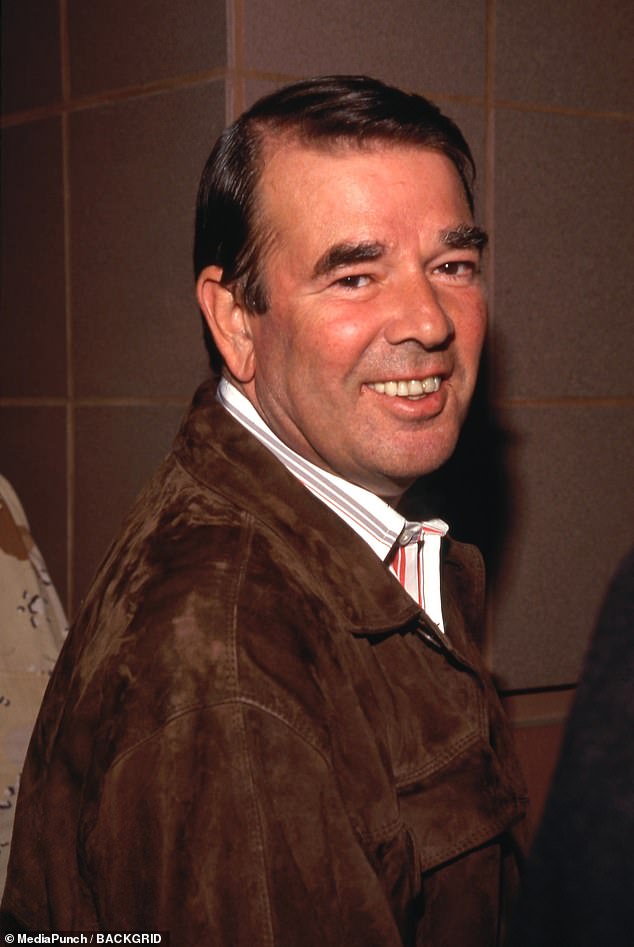 Braveheart producer Alan Ladd Jr, who greenlit such classics as Star Wars and Alien, dies at 84