California Democratic Representative Maxine Waters is in hot water after it was revealed that she paid her daughter more than $80,000 in campaign funds during the last fiscal year, which ended on September 30.

More than $212,600 in payments were broken down into 26 entries, such as ‘slate mailer management’ fees, and ‘GOTV’ – the acronym for a campaign’s ‘get out the vote’ efforts.

It was previously reported by FOX News that Waters paid Karen $74,000 for this year so far, up until September.

The revelation comes 17 years after the Los Angeles Times first revealed that Waters paid her family over $1 million for their campaign efforts, and now the Democratic representative is facing renewed calls of nepotism.

Rep. Maxine Waters, a Democrat from California, is facing renewed criticism for paying her daughter thousands of dollars in campaign funds 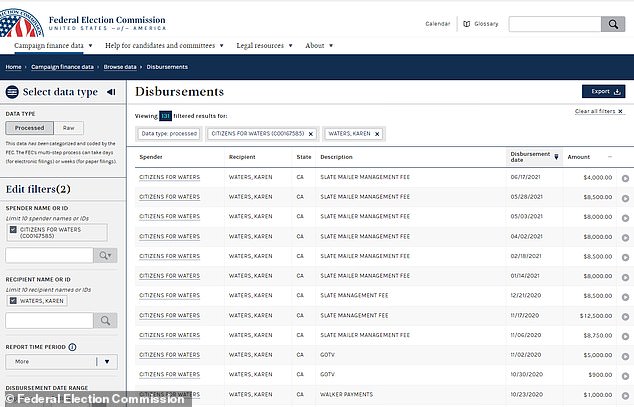 According to records from the Federal Election Commission, Waters paid her daughter, Karen Waters, $81,650 in campaign funds in the last fiscal year

Waters’ daughter, Karen, had been working on her campaigns for decades, and has been paid over $1.1 million for her work since 2003, with $250,000 earned in just the 2020 election cycle, according to FOX.

On the campaigns, FOX reports, Karen, 63, would organize slate-mailing operations, an uncommon practice in federal elections where a consulting firm is hired to create a pamphlet that lists candidates or policy measures for each person campaigning for election, and advises voters how to cast their ballots.

She would charge candidates for spots on her mother’s slate mailer, the Los Angeles Times reported in 2004, and was also paid by a nonprofit organization she and her mother set up – funded in part by special interests in Washington.

Waters’ son Edward Jr  shared in the slate mail proceeds and occasionally worked as a consultant to campaigns Waters backed.

The Democratic representative from California defended the payments to the Times back then, saying: ‘They do their business and I do mine.

‘We are not bad people.’

Waters has been a United States representative since 2013, and she is up for re-election in 2022.

But now, Waters is facing renewed criticism for the payments, with many on Twitter calling for her to be held legally accountable.

One Twitter user, Paul Young, even called for her resignation, and Lt. Steven Rogers wrote: ‘This is how Dem/Socialists work. They take care of their own while people they represent lose jobs, pay high taxes and in many cases go homeless.’

Federal regulations do not prohibit candidates or members of Congress from hiring members of their family for a campaign.

Under Federal Election Commission regulations, salary payments to a candidates’ family member unless the person is ‘providing bona fide services to the campaign’ are prohibited, according to the New York Post.

And if a family member’s salary payments for their services are ‘in excess of the fair market value of the services provided,’ the salary is considered personal use and is prohibited. 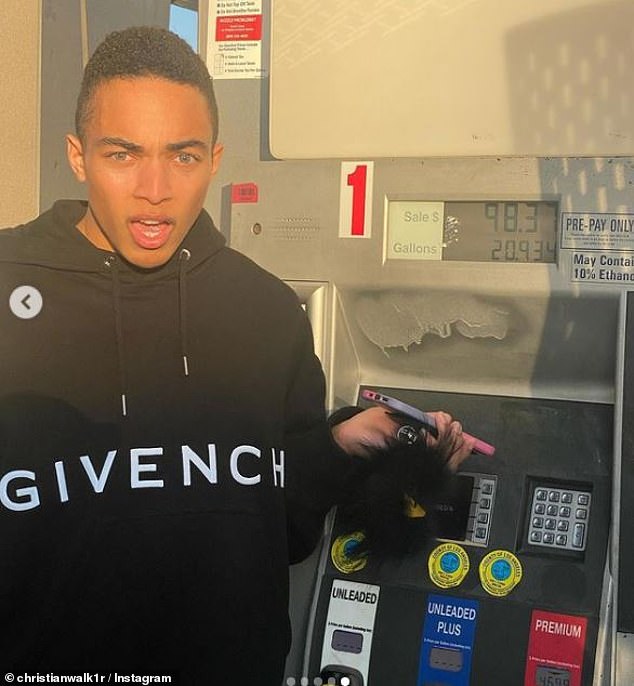 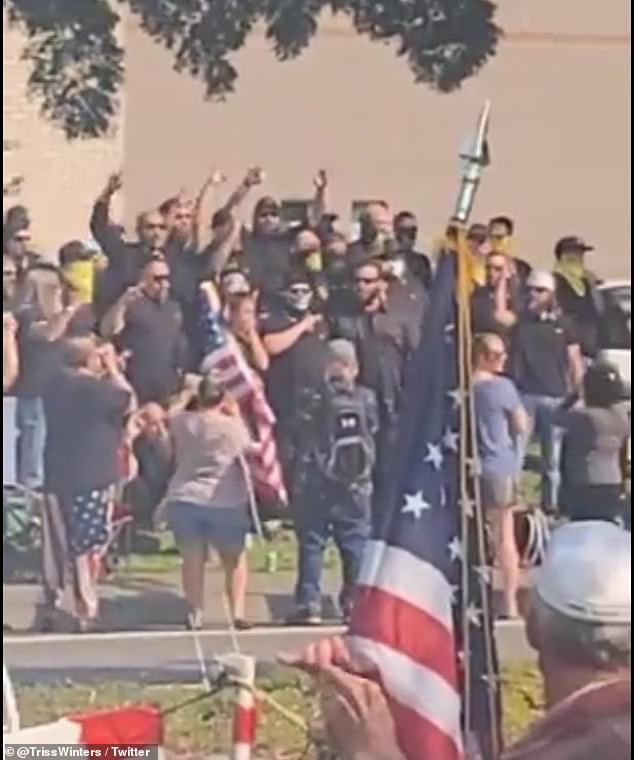 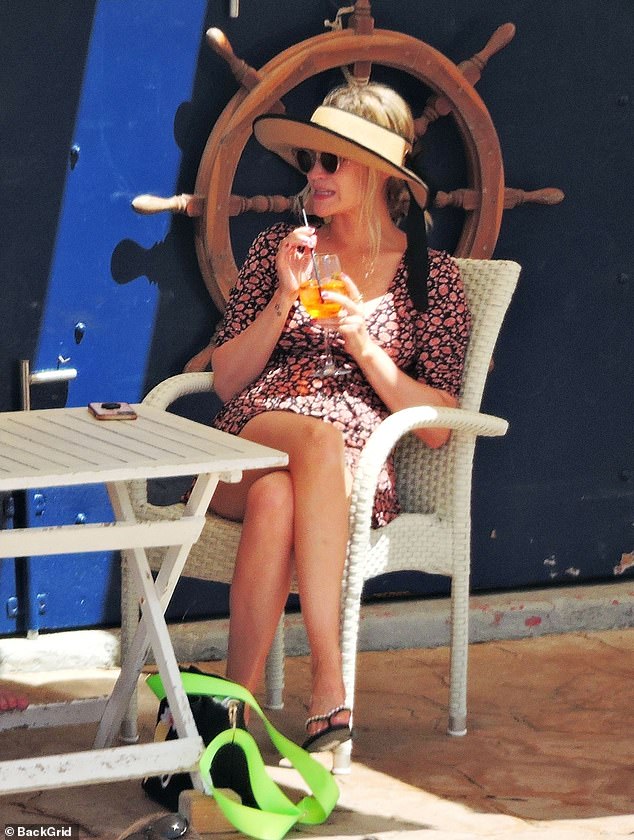 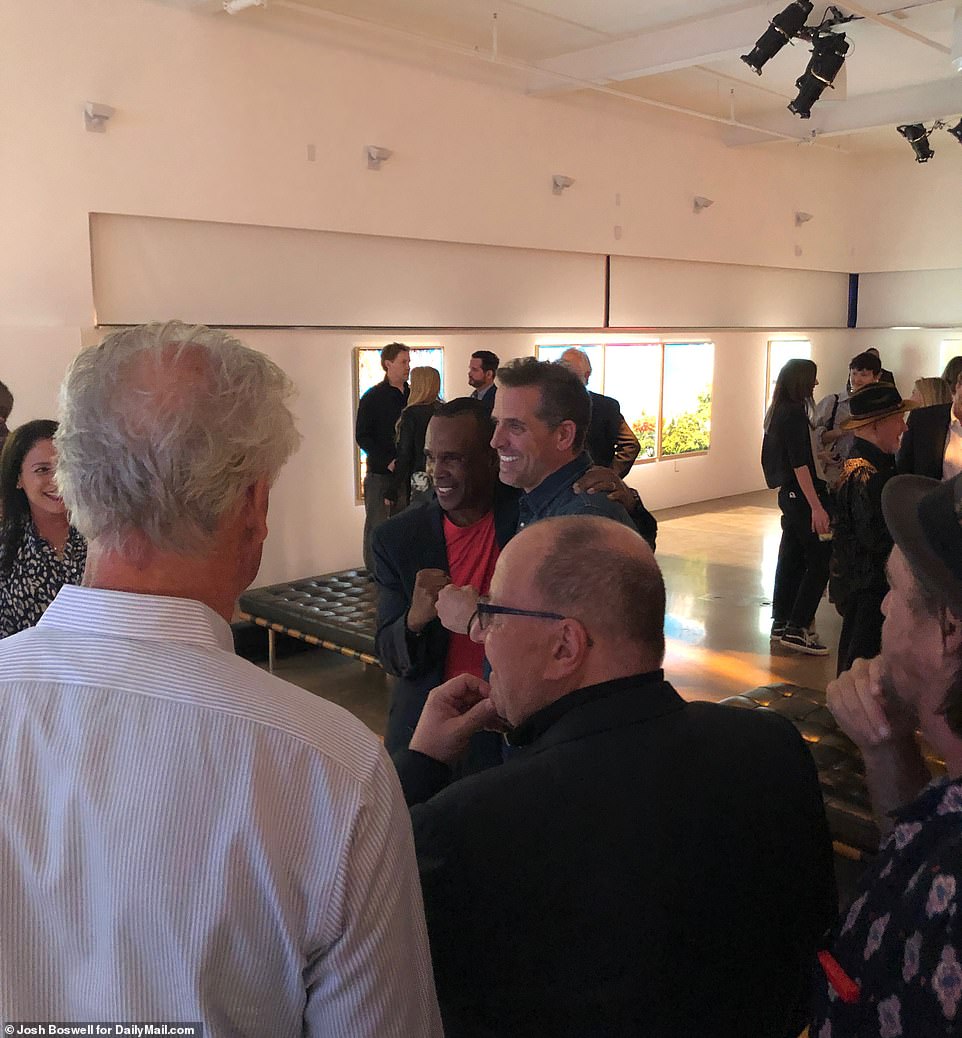 Bitcoin Cash Price Prediction: BCH/USD Down By 2.77%
31 mins ago