Just imagine Angela Merkel’s teenage years in the German Democratic Republic. The Berlin Wall was dividing the city, and dozens of her fellow citizens were shot dead when they tried to climb it and escape. Across East Germany, every second German was informing on neighbours and work colleagues to the Stasi secret police.

Soviet KGB agents operated freely in the country, including foreign intelligence officer Vladimir Putin. But Angela Kasner, as she was then, had few complaints – she enjoyed an upbringing in East Germany which she later admitted was ‘almost comfortable’.

In a country where families had to wait years to get a car, young Angela’s family owned two.

Merkel, head of the EU’s richest and most influential nation, drove its vaccine procurement policy, and for the worst of reasons (Picture, Angela Merkel in 1970) 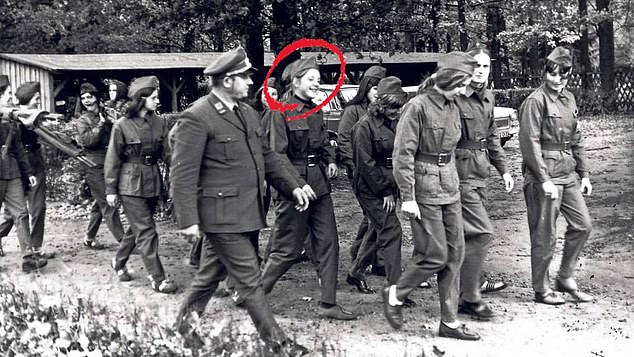 As a young woman, Merkel was taught to believe in a Soviet system that folded 15 republics into a single state, the Union of Soviet Socialist Republics (Angela Merkel pictured in 1972 at a training camp for East German civil defence)

They were allowed to travel readily between East and West Germany, a rare freedom in the police state. As Mrs Merkel has admitted: ‘Yes, we made compromises.’

Such as pulling on the bright-blue uniform of the Freie Deutsche Jugend (FDJ) – the official youth movement of the Communist state – to which she belonged until at least the age of 26.

Photographs of her from that time are rare, but she was pictured wearing it in 1970 when she was awarded a medal, reportedly for her ‘special commitment’ to the movement. She was 16 or 17 at the time.

Another, taken two years later, shows her smiling in uniform once again, this time among a group of female cadets at a civil defence training camp.

According to two witnesses later identified by biographers, Angela Kasner worked in agitation and propaganda for the FDJ.

When first questioned about these revelations, Merkel said she couldn’t remember. Later she denied the claims but added: ‘If it turns out to be different, I can live with that.’

Why should we be going into all this now? Because Merkel has led Germany and the countries of the EU into a single, bloc-wide Covid vaccines policy – one that will cost lives, destroy businesses and cripple economies.

Monolithic and slow, the EU failed to buy sufficient vaccine doses and is now proving unable to deliver what it does have.

SO, today, while Britain has already protected more than 30 per cent of its population with the first jab, the EU lags far behind. Germany itself has vaccinated barely six per cent. It is a failure that has now forced Merkel’s government into a humiliating U-turn – it now admits that the Oxford-AstraZeneca jab is suitable for the over-65s after all.

Merkel, head of the EU’s richest and most influential nation, drove its vaccine procurement policy, and for the worst of reasons.

That’s why we need to remember just who Fraulein Angela Kasner really was.

Today we see the plump, comforting shape of the Chancellor dressed in the dull clothes of a German housewife. They are deceptive. Maybe they are meant to be. For they hide the mindset of an early training in Marxist internationalism.

Today, people across the continent are suffering because of her belief in a supra-national ideology.

As a young woman, Merkel was taught to believe in a Soviet system that folded 15 republics into a single state, the Union of Soviet Socialist Republics. In the past few months, she has sacrificed all prospects of rapid vaccination – and the lives it would save – for her own population because of her dogmatic belief in folding 27 countries into a single state called the European Union.

As Filipp Piatov, head of opinion at the German newspaper Bild, wrote last week, even in such a vital matter Merkel preferred ideology to good politics – because she was ‘so eager to demonstrate the superiority of Brussels bureaucracy to the nation state’.

At the head of the bureaucracy in question is a German politician created by Merkel.

It was the President of the European Commission, Ursula von der Leyen, who framed the ponderous EU vaccine policy after she was dropped into the Commission post by Merkel in 2019. Until then, Mrs von der Leyen was best known as the German defence minister who left the German military in a condition that was described by Berlin political veterans as ‘catastrophic’.

Instead of providing sufficient men or equipment, she put creches in barracks to make the army more ‘family-friendly’.

Undeterred, the Chancellor left Mrs von der Leyen as defence minister for five years. Both Nato and the Russian military could draw their own conclusions.

Disaster has followed Merkel ever since she became Chancellor in 2005, yet somehow she slides away from responsibility like Macavity the Cat.

It was her aggressive financial policies at the start of the 2009 eurozone crisis that turned Italy and Greece into economic zombies. Her response to the 2011 Fukushima nuclear meltdown in Japan is another case in point. It sent her into a panic. Trained as a scientist, she had been a long-time supporter of nuclear power. Yet after Fukushima, she declared all of Germany’s nuclear reactors would be shut down by the end of 2022.

Meanwhile, she also wanted to end coal power. And without nuclear power or coal, where would Germany get its power? From Moscow, of course. Now Merkel plans to take gas supplies direct from Russia by way of the Nord Stream 2 pipeline, so increasing German’s dependence on the Putin regime.

In recent weeks, Merkel has allowed speculation that the poisoning of Kremlin critic Alexei Navalny could make Germany withdraw from the deal. That is not going to happen. The €10 billion pipeline, built straight from Russia, under the Baltic and into Germany, is nearly complete.

Then came the 2015 decision to open Germany’s borders to more than a million migrants and refugees. It caused shock in Germany and fury in neighbouring countries, who found that the policy put them in the path of hundreds of thousands of Afghans, Syrians and Iraqis making their way to German cities. The Chancellor assured Germans: ‘We can do this.’ But then came the press reports. A 17-year-old Afghan asylum-seeker attacked 20 passengers with a knife on a train near the city of Wurzburg. Six days later, a Syrian asylum-seeker set off a bomb, killing himself and injuring 12 others in the city of Ansbach.

Disaster has followed Merkel ever since she became Chancellor in 2005, yet somehow she slides away from responsibility like Macavity the Cat

There was public revulsion on New Year’s Eve at reports of sexual assault, rape and theft by men identified as ‘Arab or North African appearance’ on the streets of Cologne. At which point, Merkel demanded other EU countries take their share of her problem.

THE financial cost is huge and continuing. It now turns out that more than 90 per cent of critically ill Covid patients in German hospitals – those requiring ventilators – have been from the migrant population.

This domestic disaster then turned into a foreign policy disaster. The once keenly pro-EU countries of Poland, Hungary, the Czech Republic and Slovakia – the Visegrad Group – have turned into a bloc of angry anti-German states.

Viktor Orban, the prime minister of Hungary, now says: ‘We are Hungarians – we cannot think with German minds.’

Merkel’s most spectacular failure, though, was her misreading of British opinion on Brexit.

In the run-up to the referendum in 2016, David Cameron toured Europe, asking that the UK be allowed new powers to control EU migration into Britain.

Cameron got a sharp rebuff from EU leaders, led by Merkel. The Chancellor gave the then Prime Minister not so much as a crumb of control because she judged that the British would never vote to leave, no matter how badly she humiliated Cameron.

How wrong she was.

Merkel will end her four terms as Chancellor this autumn. Who will take her place? That she has encouraged no top-rate successor is another example of her failures.

But then, as Christian Odendahl, chief economist at the Centre for European Reform think-tank, puts it of her Christian Democratic Union party: ‘The CDU is not the party of ideas. It is the party of maintaining the status quo.’

And so does Europe. 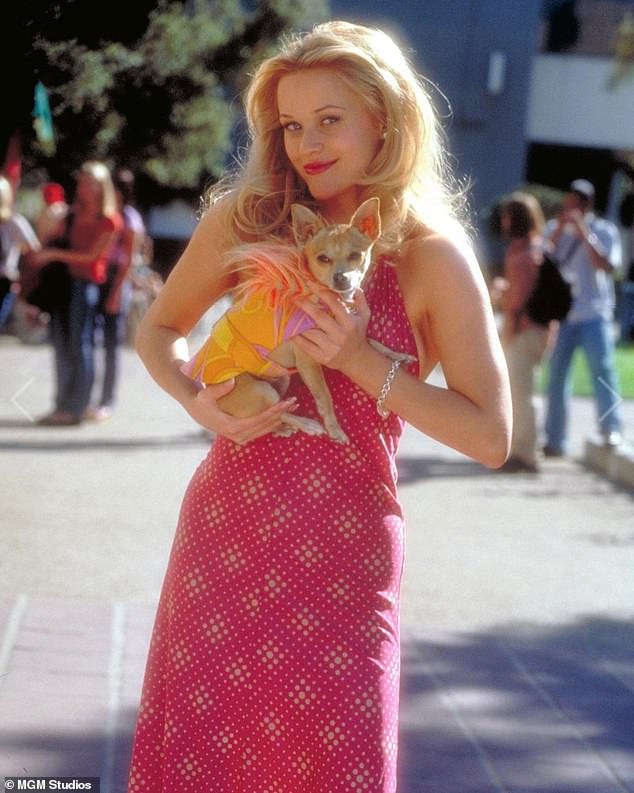 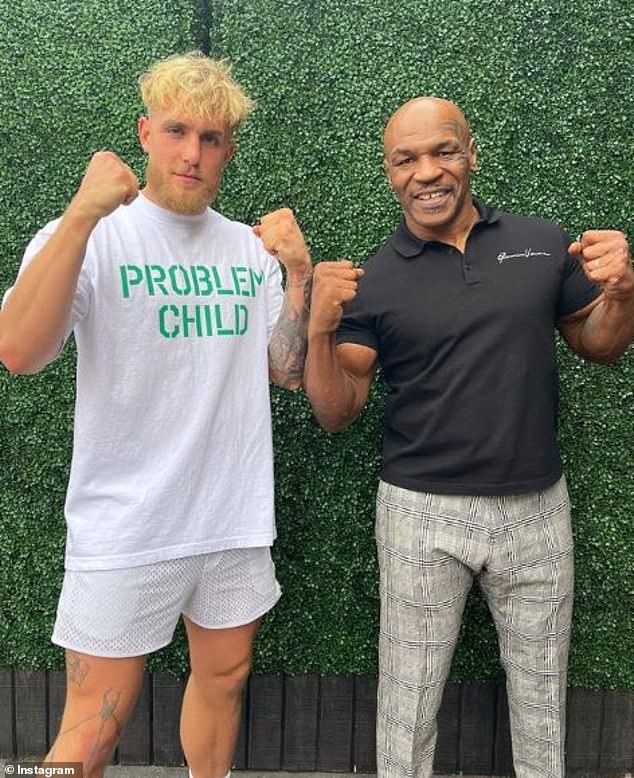 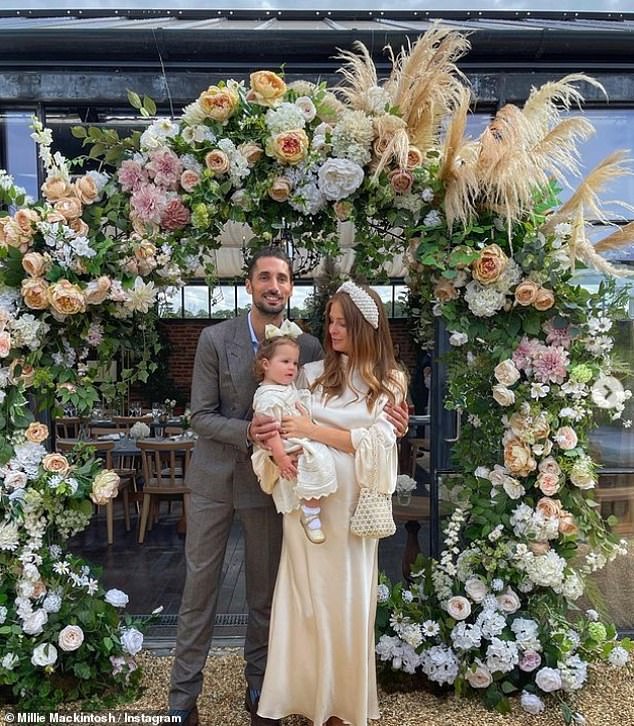 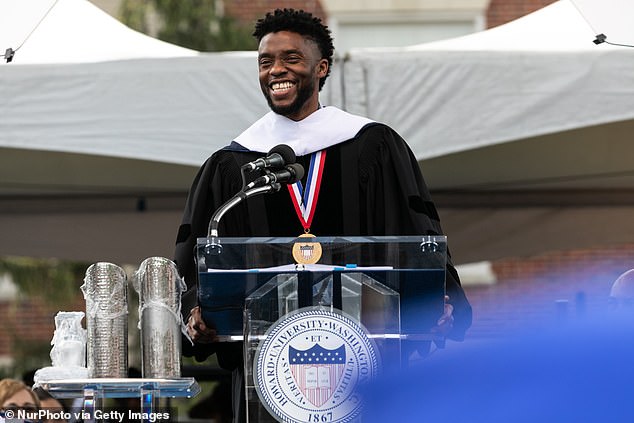