A married couple who met when they were just 18 have revealed that they brought another woman, 10 years their junior, into their relationship to form a polyamorous throuple when the wife realized that she was bisexual and wanted a romance with another female.

Psychologist Rachael Meir, 39, and client success manager Aaron Meir, 40, from Colorado Springs, met in their first year of college when they were just 18 years old back in 2000, and they fell quickly in love – tying the knot just six years later.

But while the couple were incredibly happy, Rachael realized seven years into their romance that she was developing feelings for other women, and decided that this was something she needed to explore, first through swinging, and then through polyamory – despite criticism from her family members and strangers, who have branded her and Aaron ‘perverts’.

Coming together: Married couple Rachael (left) and Aaron Meir, from Colorado Springs, were married for 15 years when they formed a polyamorous throuple with Kasey Kershner (center) 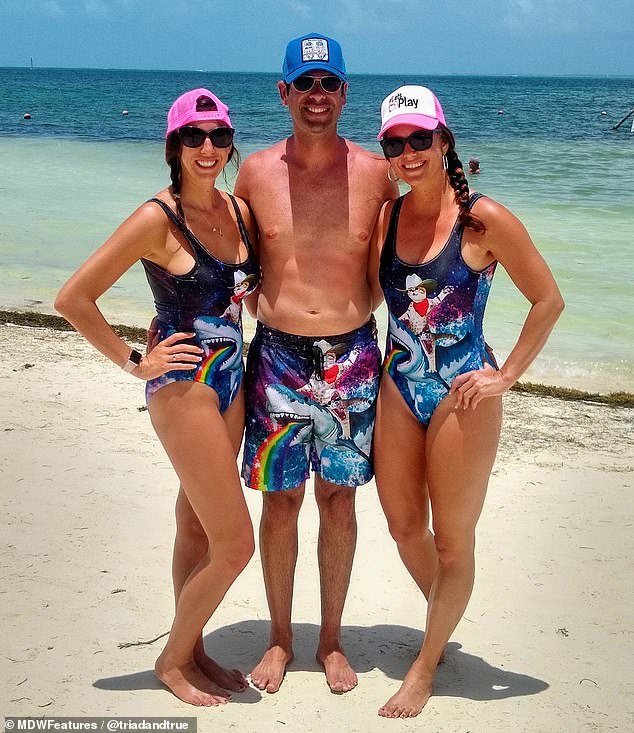 New thinking: Rachael (left), 39, and Aaron, 40, met when they were just 18, but seven years into the romance, Rachael realized she was bisexual and wanted a relationship with a woman 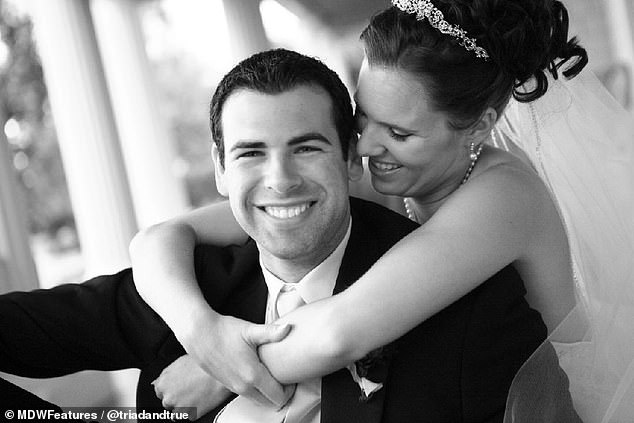 Support: Aaron was fully supportive of his wife exploring her feelings, and the couple (pictured on their wedding day) began swinging together back in 2010 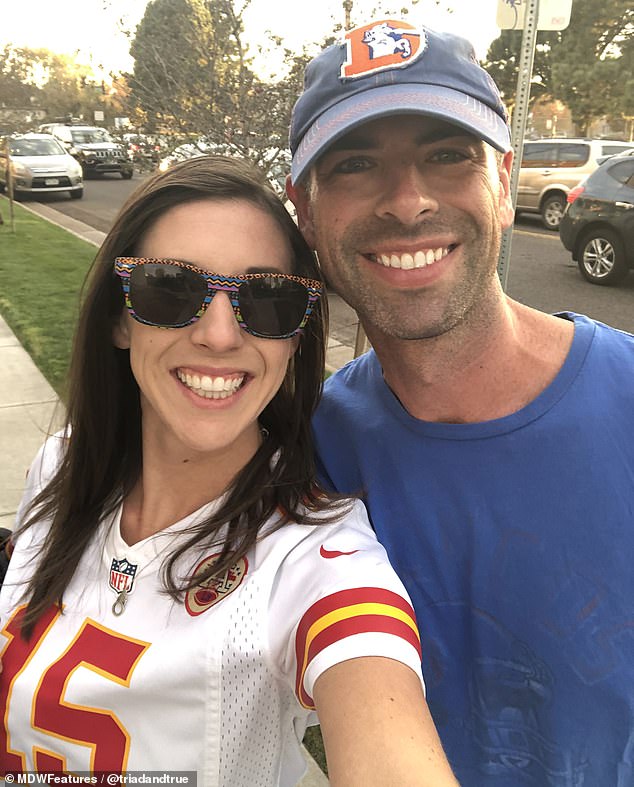 Welcome: Rachael soon realized that she wanted a permanent female partner, so the couple started searching on dating apps – which is where they met Kasey (pictured with Aaron)

When Rachael initially discussed her feelings with Aaron, he was fully supportive of her newly-discovered bisexuality, and in 2010, the couple began swinging together in order to fulfill those desires.

However, over time it became clear to Rachael that what she really wanted was a more committed relationship with another woman as opposed to a play partner.

In 2019, with both Aaron and Rachael fully onboard with the idea of bringing a woman into their relationship, the couple each set up profiles on the dating app Bumble to complete the triad they wanted to form.

In August 2019, Rachael matched with digital marketing specialist Kasey Kershner, 30, from Kansas City, Missouri, and the trio arranged a date.

Despite Kasey having reservations about entering a throuple, having recently ended a similar relationship with another married couple, the three got on incredibly well and were soon talking about taking things to the next level.

Rachael and Aaron were living in Mexico at the time, however they decided just twelve days after meeting Kasey that they would make plans to move back to the US to start a new life together as a trio.

The announcement of their new relationship came as a shock to all of the couple’s family members.

Since Rachael had never told her parents about her bisexuality or swinging lifestyle, the news appeared to come out of thin air. There were also question marks surrounding Kasey’s motivations for joining the relationship since she is ten years younger than the married couple. 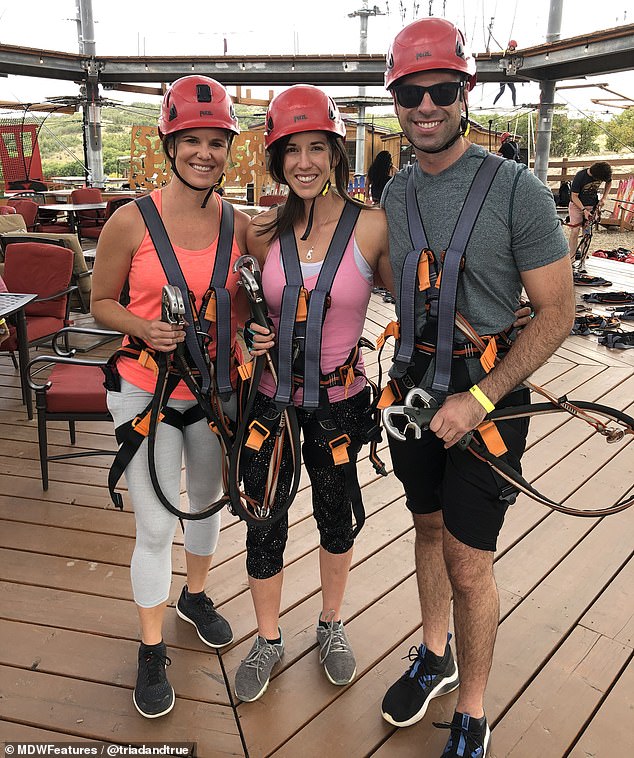 Falling: Rachael (center) and Aaron (right) were living in Mexico when they met Kasey (left) on Bumble – however they all met up for a date when the husband and wife were home in Colorado 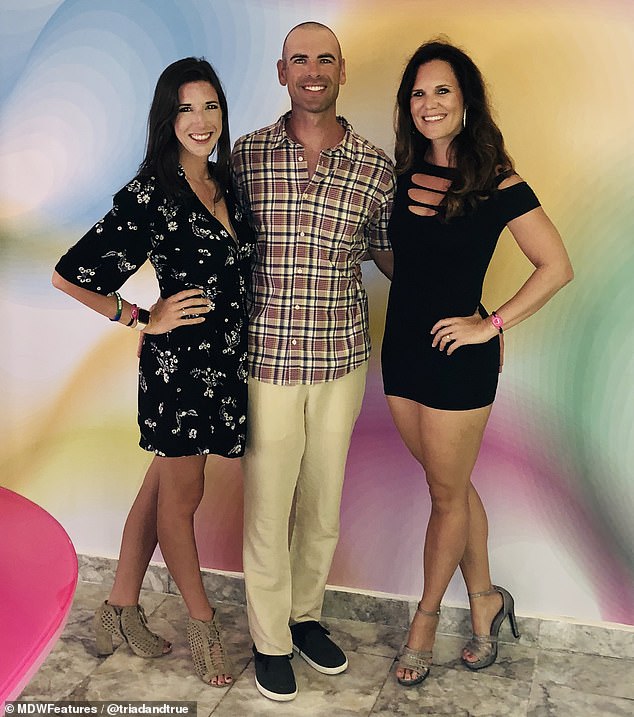 True love: Just 12 days after meeting Kasey (left), Aaron and Rachael decided that they wanted to settle down with her, so they moved back to the US so they could all be together 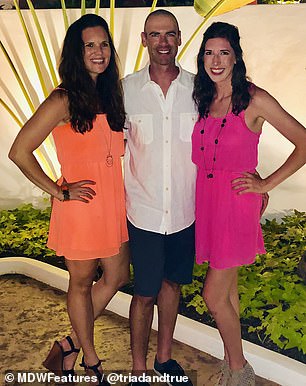 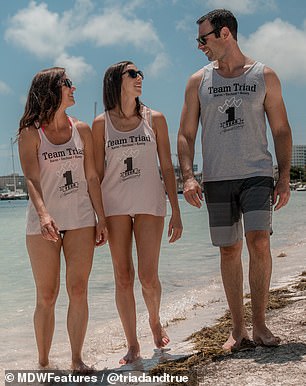 Confusion: Aaron and Rachael’s families were stunned when the couple revealed they were bringing another woman into their relationship

However, with all family members having been introduced to each member of the throuple and having witnessed first hand how committed their relationship is, these fears have fortunately been alleviated.

When in public, the throuple say that they constantly have people staring and discreetly trying to whisper about them whenever they decide to display affection for one another.

On social media, the throuple have received comments from trolls who have called their relationship ‘perverted’, ‘disgusting’ and have told them that they are going to hell. Others have asked Aaron what his secret was to getting two women, believing him to be rich or being well-endowed. 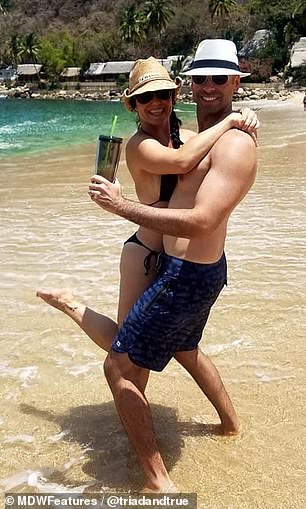 Moving forward: Aaron and Rachael (pictured) insist that their marriage is better than ever thanks to their romance with Kasey

However the throuple admit that most of the feedback they get is overwhelmingly positive, with strangers telling them that their life goal is to have a relationship as beautiful as Aaron, Rachael and Kasey’s.

Whilst the trio say that they are not naturally jealous people, they have put in place a set of rules for when disagreements do arise.

‘Aaron and I had experimented in the swinging lifestyle for about a decade together,’ Rachael said.

‘Over time, me, being bisexual, came to realize my strong desire for a more committed female relationship than just play partners.

‘I was deeply in love with Aaron and had no desire for additional male relationships so I began to learn about and research polyamory.

‘The idea of an ethical triad relationship with another female interested me greatly.

‘Aaron was incredibly supportive when I fully realized that a relationship with a woman was something I wanted and we set about making our dream of being in a poly relationship a reality.

‘We both created individual profiles for different dating apps, but made sure the profiles all explicitly stated that we were a married looking to form a long-term triad with another woman.

‘While we were home visiting our family in Colorado during the summer of 2019, my Bumble profile matched with Kasey’s. 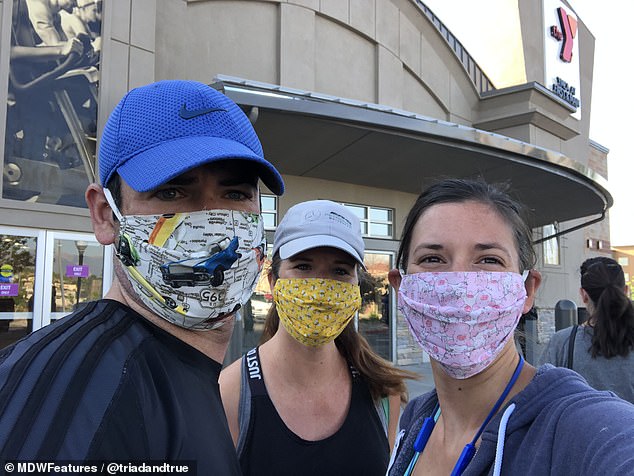 Reassurance: Rachael, Aaron, and Kasey all made sure to introduce one another to their families in order to show them how happy they really are 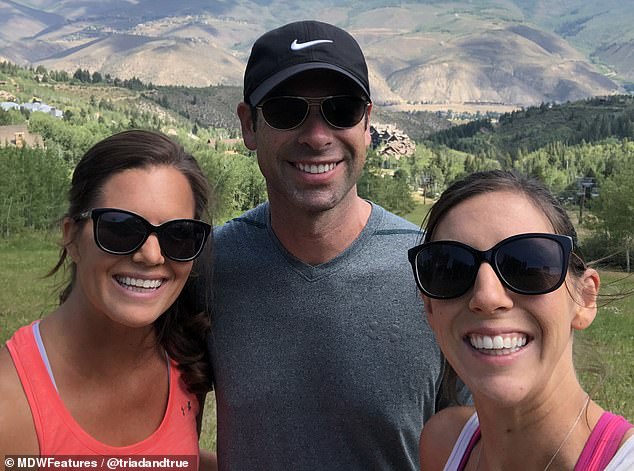 Happy: Thankfully, after seeing how comfortable the trio is together, their families have let go of their initial fears about the relationship 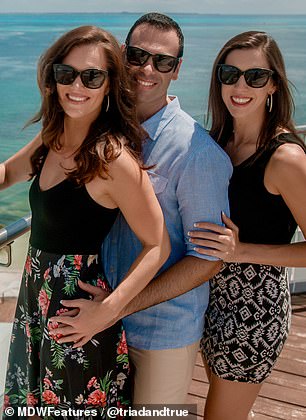 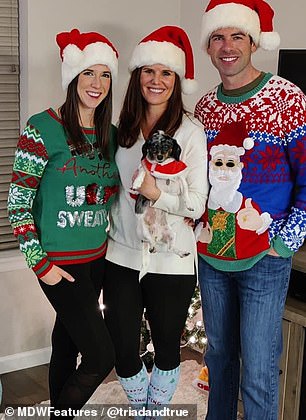 Spite: However the throuple still faces daily criticism from trolls on Instagram, who have branded them ‘perverted’ and ‘disgusting’

‘Kasey, who is also bisexual, had previously been in a relationship with another married couple.

‘The three of us started messaging right away and we were all up front about our desires, fears, concerns and expectations.

‘We met for a date a couple of days later and all felt an instant connection that first day.

‘Aaron and I were supposed to be leaving to return home to Mexico about a month later and therefore we all committed to spending as much time together over those coming weeks to see if the relationship was truly worth pursuing.

‘Only twelve days into knowing one another, Aaron and I made the decision that we were willing to relocate back to the states to give it a shot.

‘For me, most everyone in my family was shocked, to say the least. I had not told anyone except my sister about my previous swinging lifestyle experiences or that I was bisexual, so the news came ‘out of thin air’.

‘Initially, they had fear that any one of us, but Aaron and I especially, would get hurt in the process.

‘But overtime, family members opened up about their concerns, met Kasey and were reassured that this was consensual and desired among all of us.’

According to Kasey, the throuple have been called pretty much every name imaginable, but they manage to laugh it off.

‘We always have men commenting about how “lucky” Aaron is for scoring two girls, and there are always women in the comments who say they could never “share their man” – those give us a giggle,’ said Kasey.

‘I came across one comment recently that said that we’re “not normal”, “perverted”, ‘sick, ‘disgusting’, disturbed’ and ‘hell bound’ and it kind of made me smirk because I wondered how long it took them to come up with that many hateful words to string together.

‘It’s pretty easy to brush off, though, honestly, because I know it’s because people just don’t understand our lifestyle.

‘It’s really nice to interact with people who say that they aspire to have a relationship like ours, or that they think our love is beautiful.’

Whilst Aaron admits that their relationship is naturally more complex than a traditional relationship, he believes that if entered for the right reasons can be more rewarding than a conventional coupling.

‘I think for me being in a triad means as a person we really have to grow, develop, and understand ourselves on a very deep level to be successful in this type of lifestyle,’ said Aaron.

‘One really has to dig deep, understand what their motivations are for wanting to be poly, and has to ensure that they are doing it for the right reasons.

‘It’s certainly not for everyone.

‘Being poly, there is a lot more complication and with it challenges, but in my opinion, and experience, if done right and for the right reasons, is also a lot more rewarding than a traditional relationship.

‘You are able to feel a deeper connection to more than one person which is an amazing thing.’

Cuomo's new accusers: One claims he was racist, many were forced onto anti deps by his behavior 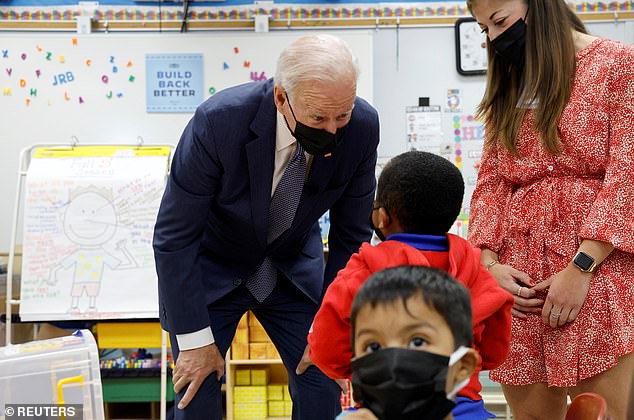 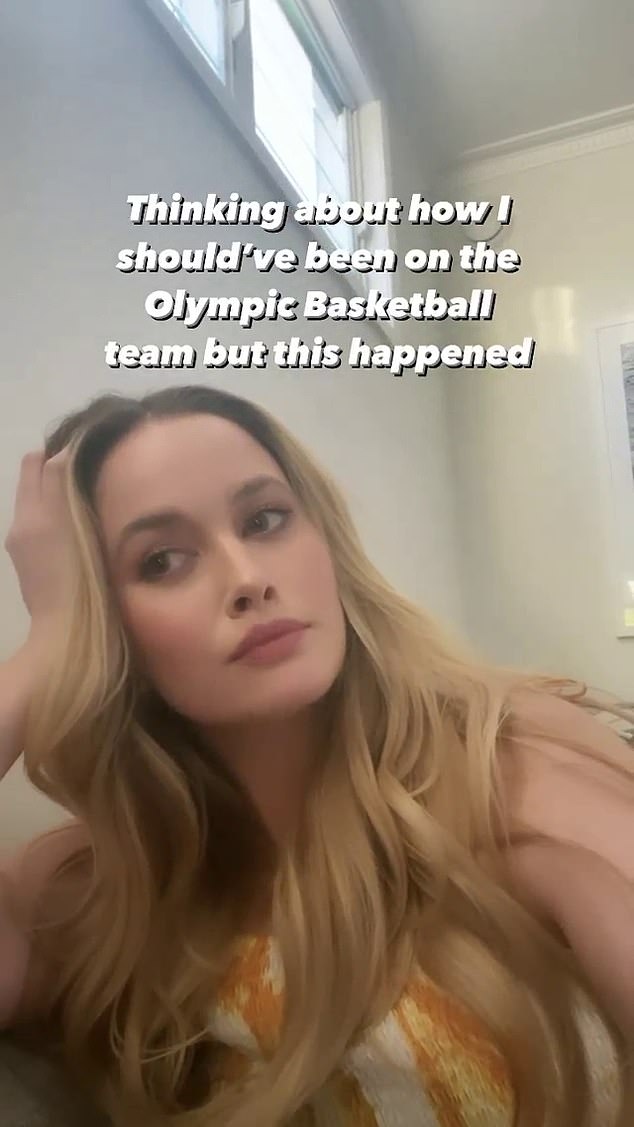 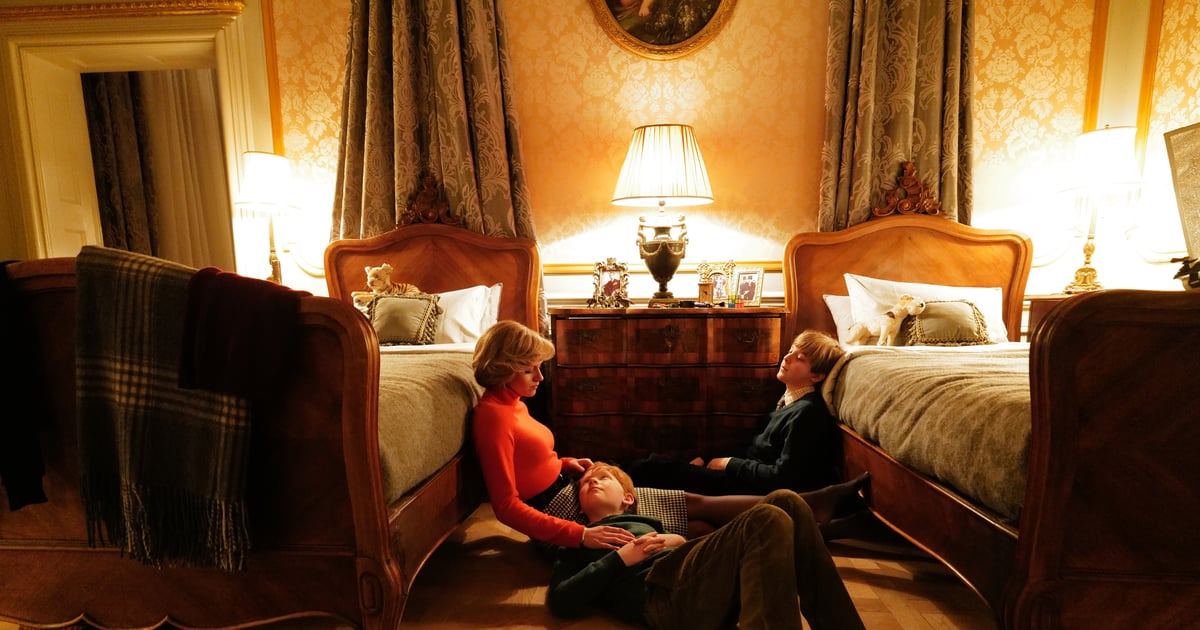