Senator Joe Manchin said Monday that Democrats should raise the debt ceiling through reconcilation so they’re not dependent on Republican votes even as Chuck Schumer plans to bring up another doomed attempt to get the GOP on board.

‘They shouldn’t rule out anything. We just can’t let the debt ceiling lapse. We just can’t,’ Manchin, the Democratic senator from West Virginia, told reporters on Capitol Hill.

‘Whatever they have to do,’ he added.

Schumer, meanwhile, set a Friday deadline to get a bill raising the nation’s borrowing limit to President Joe Biden‘s desk.

The Senate Majority Leader vowed to bring up a House-passed bill that would raise the debt limit through the midterms vote another vote this week.

‘We aren’t asking Republicans to support it when it comes time for a vote. We only ask that they get out of the way as Democrats pass it on our own, just as the majority party did in the early 2000s,’ he said in a speech on the Senate floor Monday afternoon.

But in order to move that House-passed legislation forward, at least 10 Republicans would need to vote for it. And Senate Republican Leader Mitch McConnell has vowed none of his GOP lawmakers will do so.

Republicans have already shot down two other attempts by Democratic leaders to raise the debt ceiling this way. 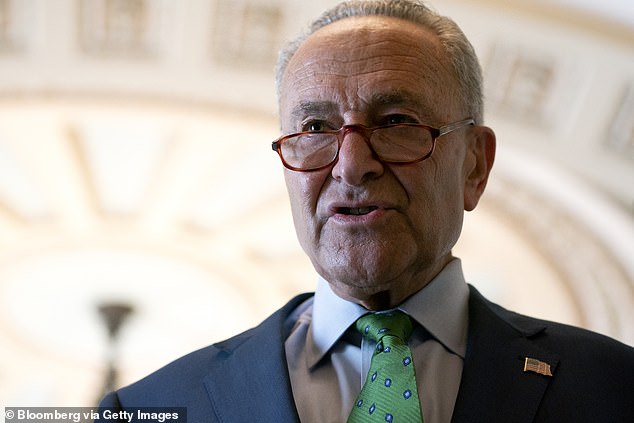 If Democrats have to raise the debt ceiling through reconciliation – the legislative process that allows them to move a bill forward with a simple majority instead of the 60-vote threshold – they would have to raise the ceiling by a certain amount. The House-passed bill, which was approved Wednesday 219-212, raises it through a certain date – December of 2022.

If Democrats raise it by a certain amount, Republicans are sure to use that against them in the midterm elections as they try to retake control of Congress.

Democrats and Republicans are in a stand off over the next move although McConnell has made it clear he is standing firm.

‘Since mid-July, Republicans have clearly stated that Democrats will need to raise the debt limit on their own. All year, your party has chosen to pursue staggering, ‘transformational’ spending through unprecedented use of the party-line reconciliation process,’ McConnell wrote in a letter to Biden on Monday.

Manchin, meanwhile, ruled out nixing the filibuster – as the 60-vote threshold is known – as he and fellow moderate Senator Kyrsten Sinema have come under fire for having too much power to stop Biden’s agenda.

Under the parliamentary rules of the Senate, an individual senator has significant leverage to negotiate legislation and use their vote.

‘The filibuster has nothing to do with debt ceiling. Basically, we have other tools that we can use and if we have to use them we should use them,’ Manchin said.

‘Forget the filibuster, OK? We can prevent default,’ he noted, ‘there’s a way to do that. There’s a couple other tools that we have that we can use. Takes a little bit of time. It’s going to be a little bit of pain, long vote-a-ramas.’ Vote-a-rams are all night voting sessions in the Senate as lawmakers plow through a series of amendments.

The Treasury Department warned the nation could deplete its borrowing ability by Oct. 18 – a warning that made the stock market jittery amid concern the county could default, something that has never happened in modern history.

President Biden lashed out at Republicans during a speech at the White House on Monday, saying their actions were ‘hypocritical, dangerous and disgraceful,’ because they’ve objected when Democrats have tried to pass a debt ceiling bill. 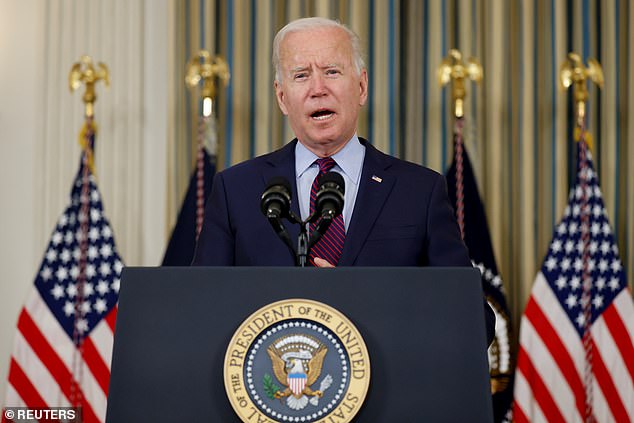 President Joe Biden hammered Republicans for refusing to raise the debt ceiling in Monday morning remarks from the White House.

He accused the Republicans of playing ‘Russian Roulette’ with the American economy.

He told reporters he couldn’t guarantee the U.S. wouldn’t default.

‘No I can’t. That’s up to Mitch McConnell,’ Biden answered.

‘They won’t raise it,’ Biden complained. ‘Even though defaulting on the debt would lead to [a] self-inflicted wound that takes our economy over a cliff and risks jobs and retirement savings, social security benefits, salaries for servicemembers, benefits for veterans and so much more.’

White House press secretary Jen Psaki echoed her boss on Monday, accusing Republicans of spending like ‘drunken sailors’ for four years and not wanting to pay for it.

‘This is a period of time where we could easily solve this in the next two days, and easily do that through allowing Democrats to be the adults in the room, despite the fact that Republicans spent like drunken sailors for the last four years before President Biden took office,’ she said at the afternoon press briefing.

How could Senate Democrats raise the debt limit on their own?

The U.S. Congress has about two weeks to raise the federal government’s $28.4 trillion debt ceiling or cause a historic default that would take a heavy toll on the economy.

The parties are deadlocked over how to do so. Minority Republicans want the Senate to use a parliamentary maneuver known as budget reconciliation, which would allow Democrats to act without Republican votes. Majority Leader Chuck Schumer has resisted that approach, preferring the measure to pass in regular order.

Here is the process the Senate would have to race through if Schumer were to blink, giving Senate Minority Leader Mitch McConnell his way and turning to reconciliation:

* The budget committees in the Senate and House of Representatives would have to write legislation enabling the debt limit to be raised through this arcane, tightly-controlled procedure.

* The Senate Budget Committee likely would deadlock 11-11 if all 22 members are present, preventing Chairman Bernie Sanders from sending such a bill to the full Senate.

* Schumer could then make a move on the Senate floor to ‘discharge’ the stuck legislation from the budget panel. There would be a maximum of four hours of debate and then the Senate would vote on whether to instruct Sanders to release the bill to the floor.

* The Senate could then start debate for a maximum of 20 hours. But it would be open to a potentially large number of amendments in a procedure that is known as a ‘vote-a-rama.’ Amendments would have to be directly related to budgetary matters however. Vote-a-ramas are often all-night affairs.

* Following votes on amendments the Senate could vote to approve the debt limit bill and could do so with a simple majority of 51 votes.

* The House also would have to go through the process of debating and passing the bill, also by simple majority.

* As all of this is unfolding, global financial markets could become unsettled as Oct. 18 nears and Washington flirts with a default. Some Democrats have said it would be difficult to go through all these steps in time, an assertion McConnell dismisses.

* Democrats suspect McConnell wants all of this to unfold with no Republican fingerprints on the legislation, easing the way for Republican attack ads against Democrats in the 2022 congressional elections.

2021 World Series of Poker First Weekend Is in the Books 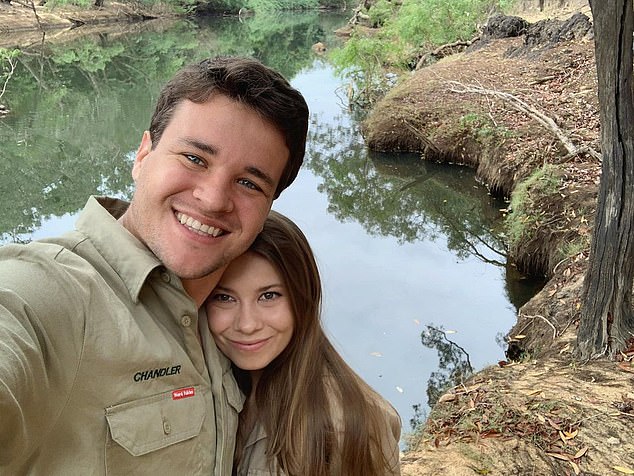 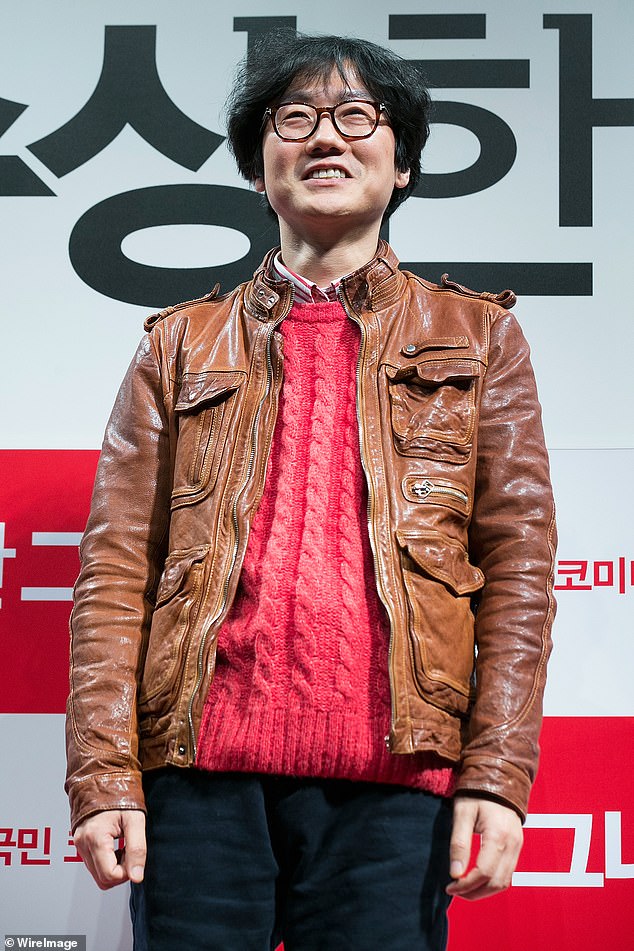 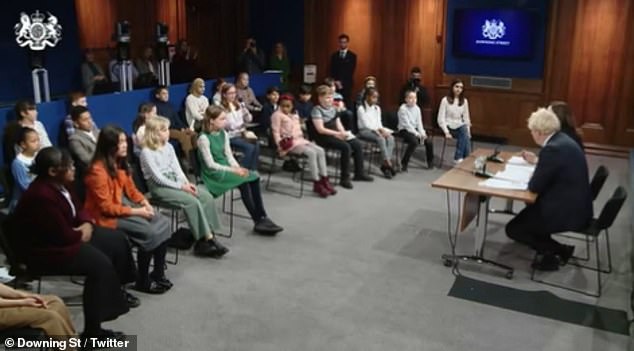 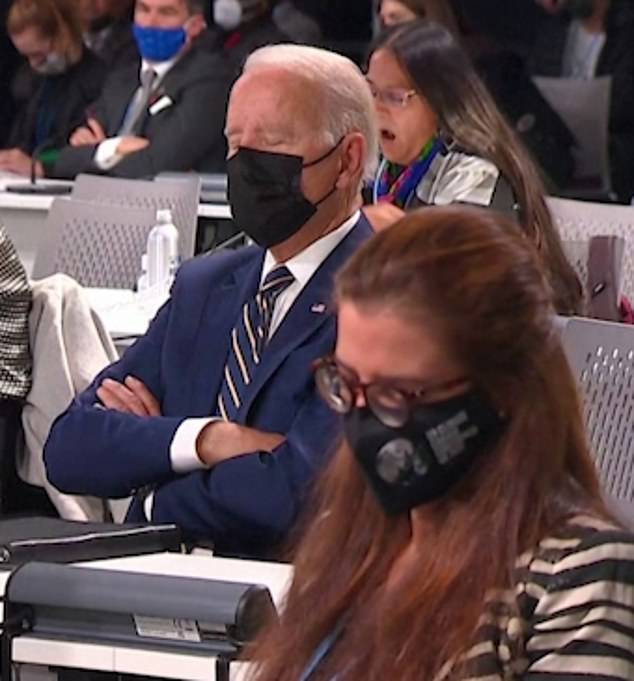 Did BBC back down on ‘bombshell’ royal documentary?
46 mins ago