A 26-year-old man met his biological father for the first time after reaching out to him with an Instagram DM.

Cameron shared his encouraging story on Twitter on Saturday, posting a screenshot of the original DM exchange he had with his biological father last June — alongside a photo of the pair together in person in Pensacola Beach, grinning with lookalike smiles.

His tweet has gone viral, earning over 424,000 likes and inspiring others to share their own stories of meeting long-lost parents and siblings.

First steps: A 26-year-old man met his biological father for the first time after reaching out to him with an Instagram DM 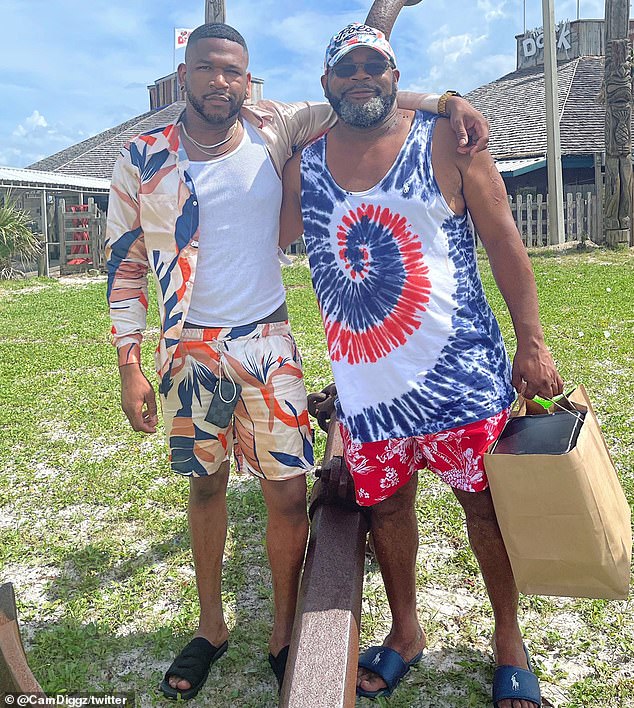 First meeting: He shared the original DM exchange he had with his biological father last June — alongside a photo of the pair together in person, grinning with lookalike smiles

Cameron posted his story with the ‘how it started vs. how it’s going’ meme format.

In a screenshot taken from Instagram, Cameron candidly shared the first message he ever sent the man whom he’d never met before.

‘Hey my name is Cameron. My other is [redacted]. I don’t really know how to do this. I’m just wondering and hoping you and I could have a conversation,’ he wrote on June 1, 2020.

‘About what?’ the older man responded.

‘The possibility of you being my biological father,’ Cameron answered.

‘Wow! How old are you?’ his biological father wrote back, to which Cameron replied: ‘I turned 26 on April 27.’

Fast forward to more recently, and Cameron had a photo to share with with his biological dad.

In the picture, the two wear unintentionally coordinated outfits with similar color schemes, both smiling with their arms around one another. 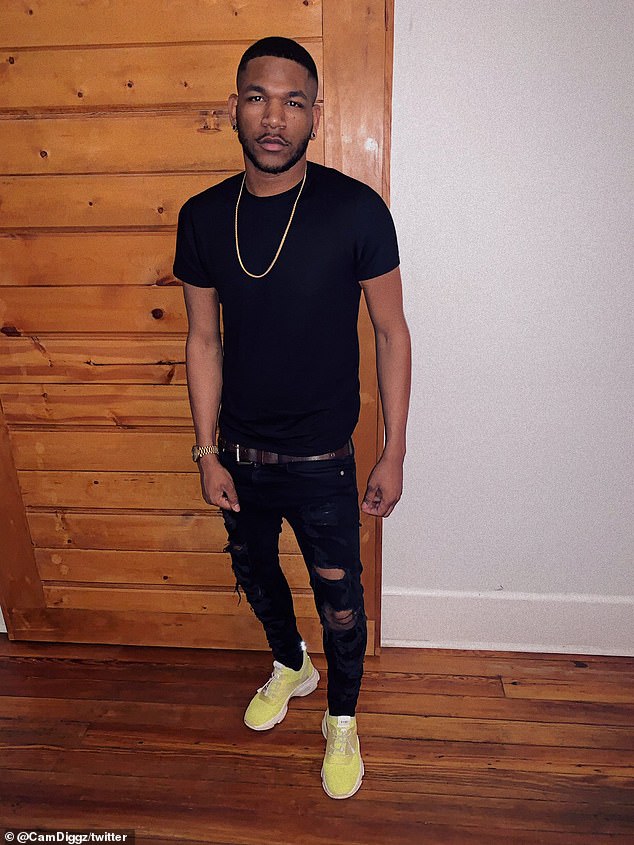 Journey: Cameron learned at age 18 that the father that raised him wasn’t his biological father, but waited until age 26 to take a DNA test to confirm it 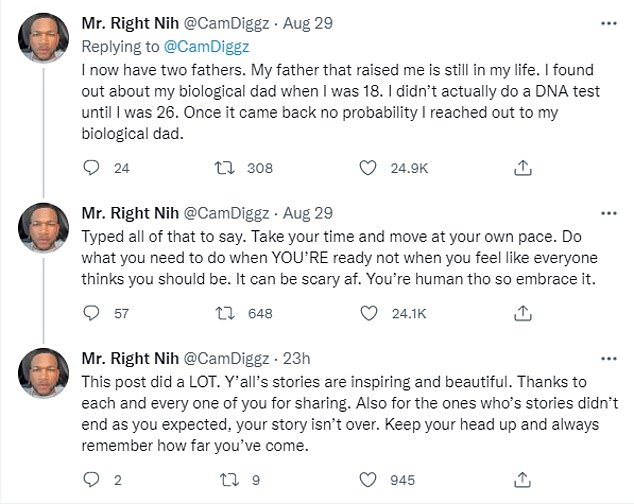 ‘Take your time and move at your own pace. Do what you need to do when YOU’RE ready not when you feel like everyone thinks you should be. It can be scary af,’ he wrote

‘I now have two fathers,’ Cameron went on to explain. ‘My father that raised me is still in my life.

‘Typed all of that to say: Take your time and move at your own pace. Do what you need to do when YOU’RE ready not when you feel like everyone thinks you should be. It can be scary af. You’re human tho so embrace it.’

As his post took off, Cameron was inundated with questions about how he connected with his biological father, and whether his decision to reach out to him had an impact on his relationship with the man who raised him.

Cameron revealed that he was ‘fortunate enough to have a relative that knew [the] identity’ of his biological dad, adding: ‘[The man who raised me] is still involved and very active in my life.

‘It was only an addition to my life. No subtracting.’

His story also inspired other Twitter users to share their own experiences and photos with family they had reunited with. 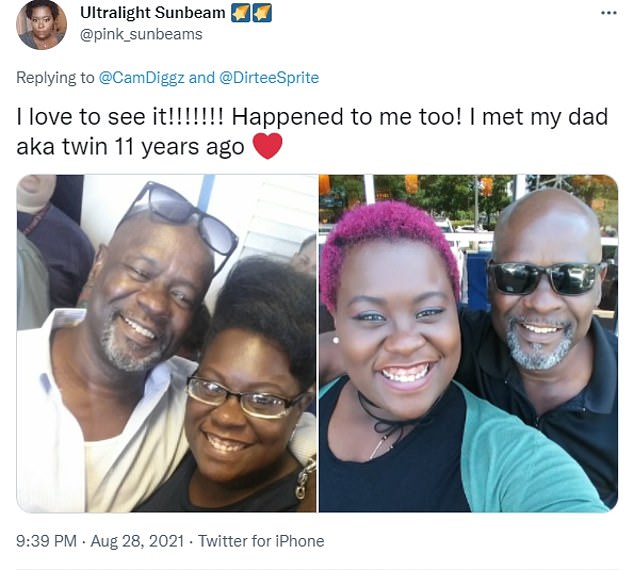 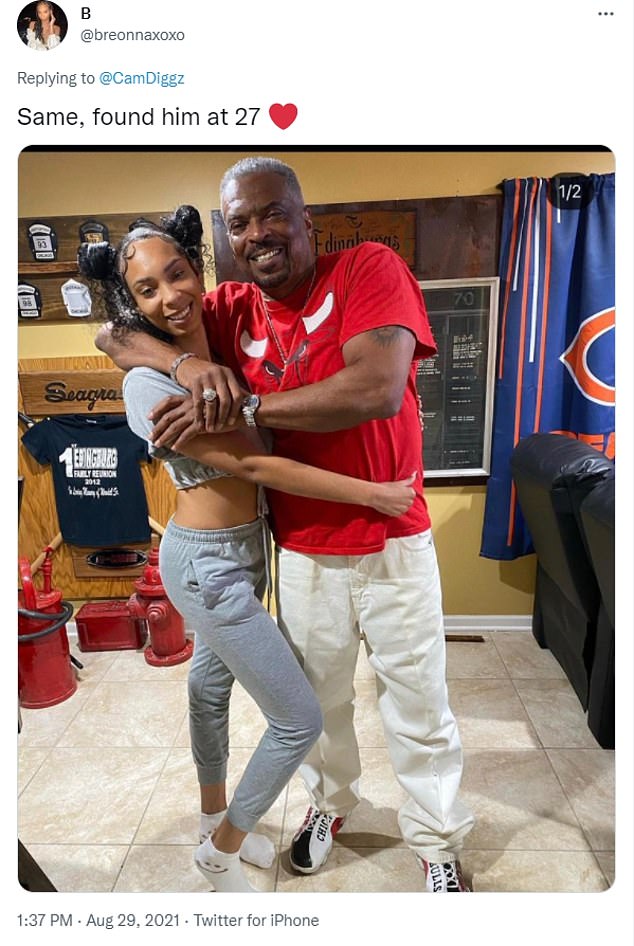 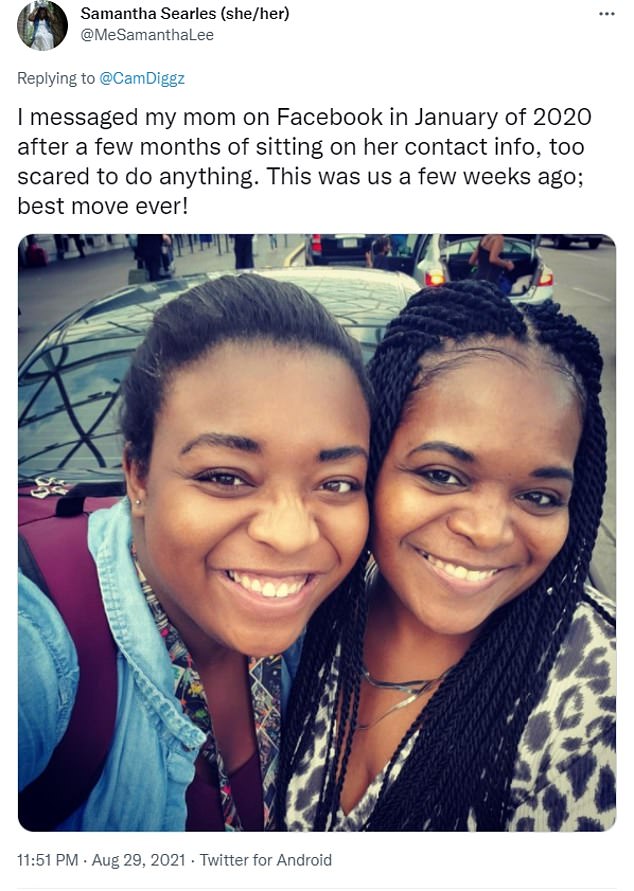 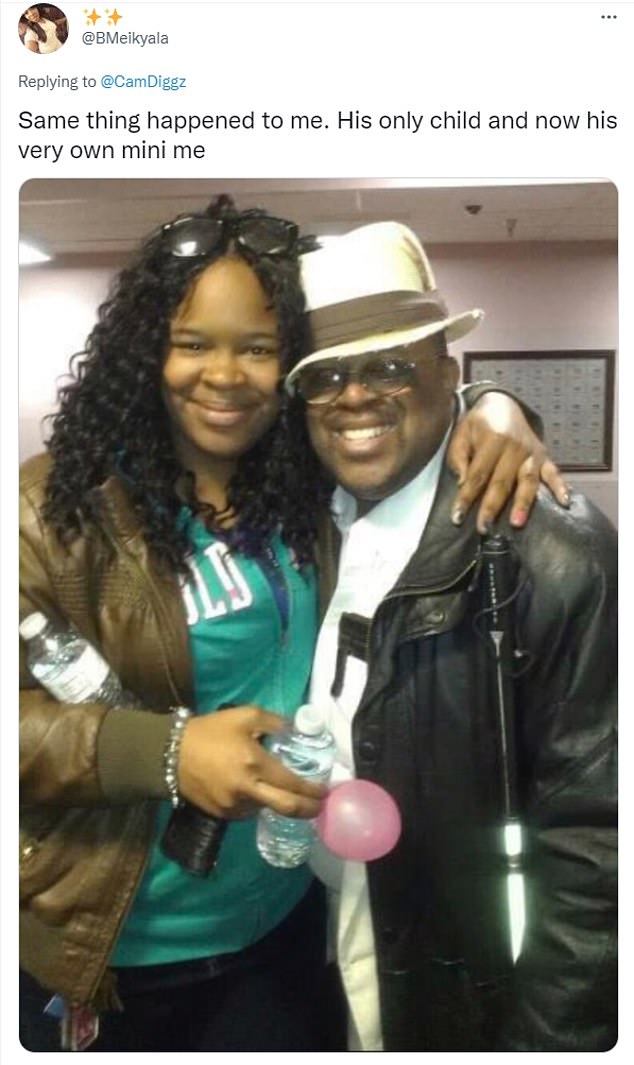 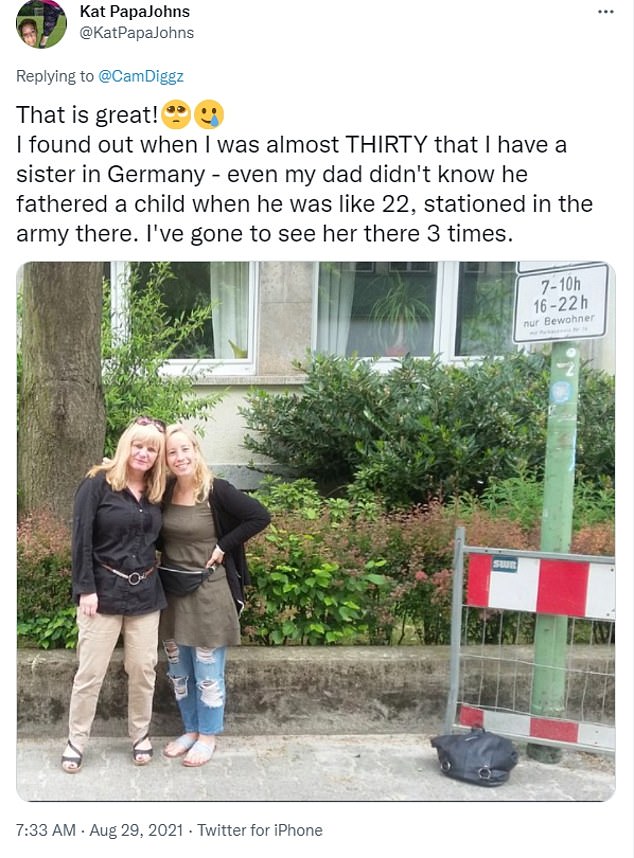 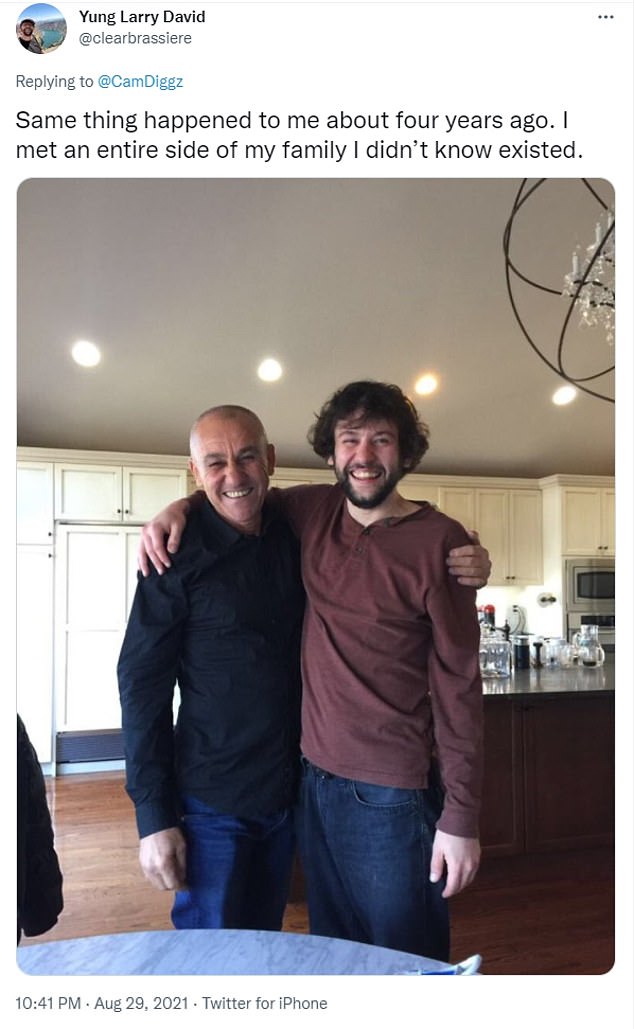 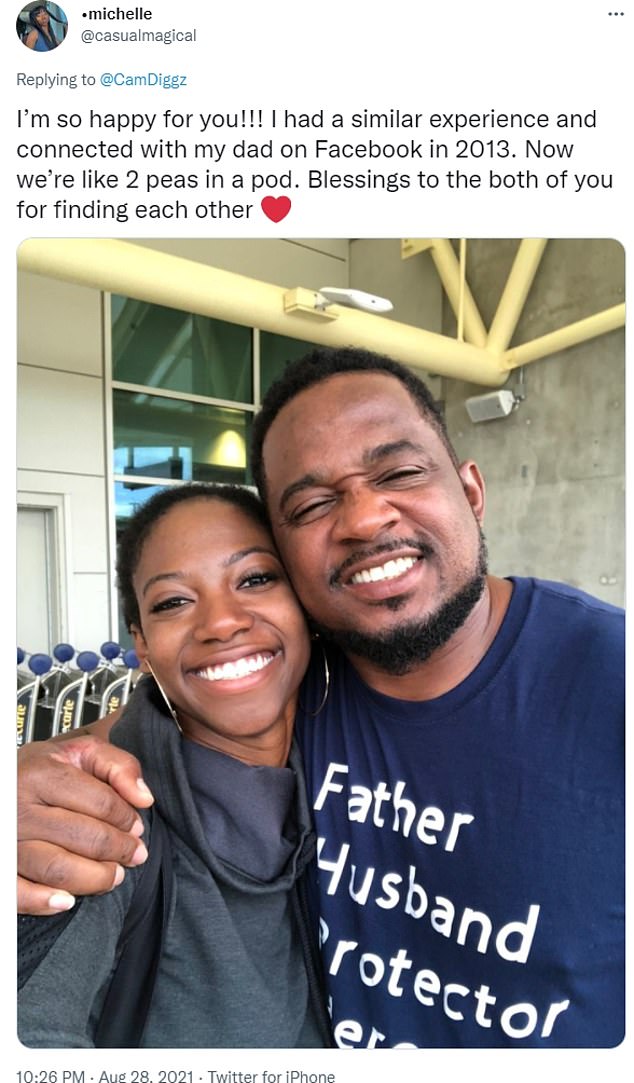 Viral: As his post took off, other Twitter users shared their own stories and photos with family they had reunited with

‘I found out when I was almost THIRTY that I have a sister in Germany – even my dad didn’t know he fathered a child when he was like 22, stationed in the army there. I’ve gone to see her there 3 times,’ wrote one woman.

‘I had a similar experience and connected with my dad on Facebook in 2013. Now we’re like 2 peas in a pod. Blessings to the both of you for finding each other,’ said another.

‘Same thing happened to me about four years ago. I met an entire side of my family I didn’t know existed,’ wrote a third.

Cameron was happy to see others in the same boat.

‘Y’all’s stories are inspiring and beautiful. Thanks to each and every one of you for sharing. Also for the ones who’s stories didn’t end as you expected, your story isn’t over. Keep your head up and always remember how far you’ve come,’ he wrote. 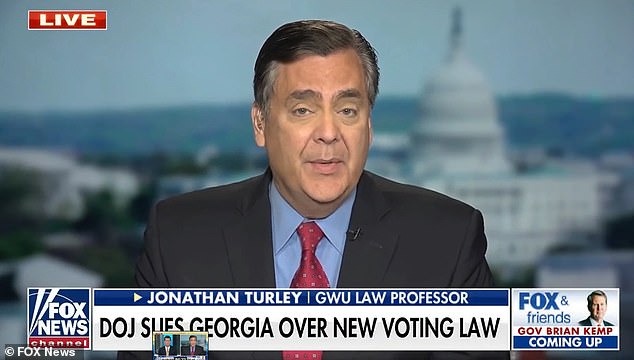 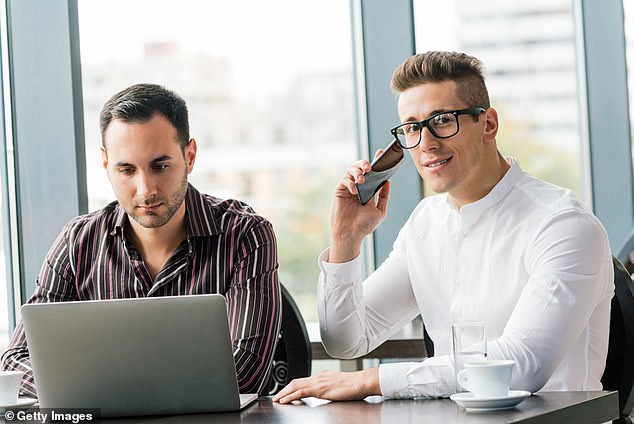 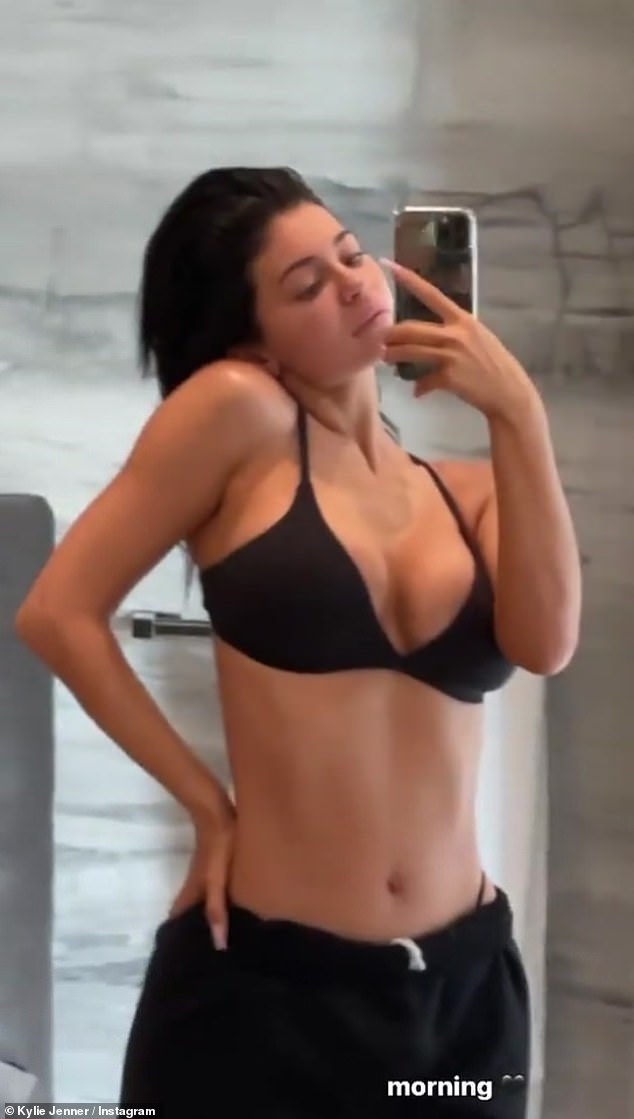 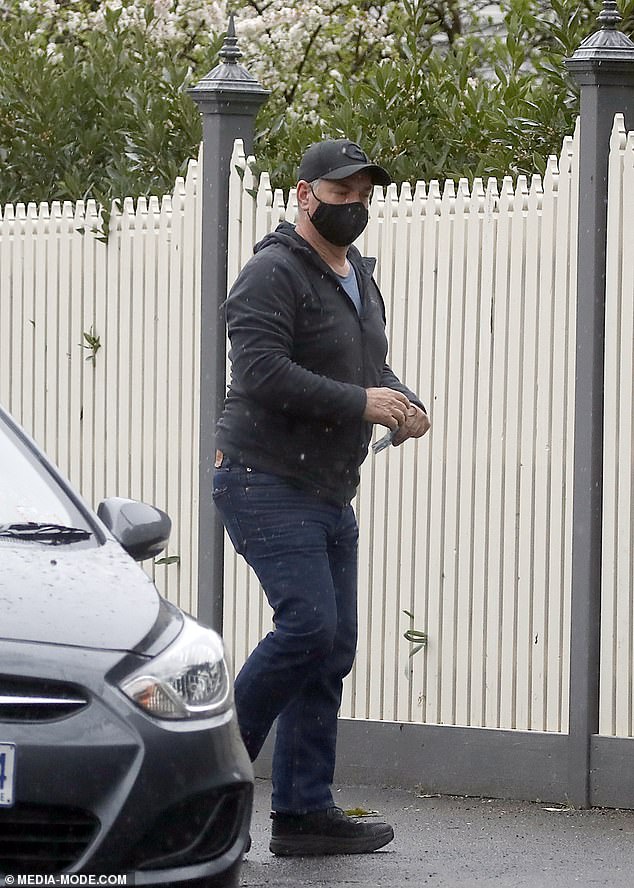