Louisiana State University coach Ed Orgeron has been fired after a string of humiliating losses for the Tigers in the past two seasons and a scandal which saw him accused of ignoring a sexual harassment claim.

Orgeron, 60, will finish out the rest of the current season with the LSU Tigers before going their separate ways.

The university’s director of athletics Scott Woodward wrote that Orgeron ‘would not be returning’ and said that the coach had agreed to stay on for the remainder of the season ‘even when faced with this difficult news.’

Woodward also hinted at LSU’s displeasure at Orgeron’s performance, saying: ‘Ultimately, we have very high standards for all our sports programs…

‘Our last two seasons have simply not met those standards, and based on our on-field results and our evaluation of the potential for future immediate success, it is time for a new direction.’   Woodward added that no replacement had been hired, but that potential replacements were now being considered.

Orgeron led the Tigers to victory on Saturday following a win against the University of Florida Gators.

The victory harked back to LSU’s glittering 2019 season, which saw them the greatest team in college football history, but bosses tired of him after a string of losses.

The former coach will reportedly be payed a buyout of nearly $17.8 million.

LSU coach Ed Orgeron, pictured at a game in Baton Rouge on October 16, has been fired from his position as announced by Sports Illustrated on Sunday 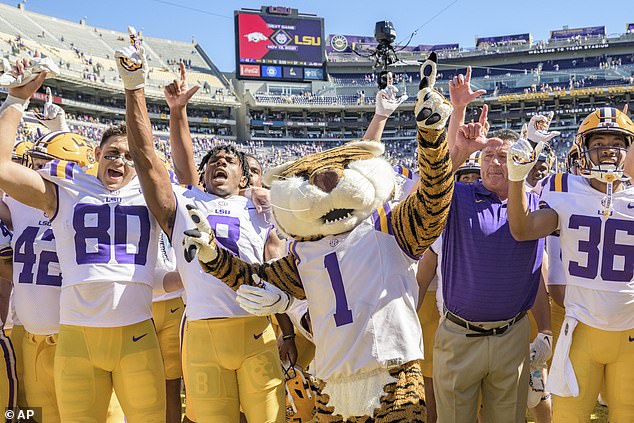 Oregron, pictured after winning against the Florida Gators Saturday, had led the team for five years, with initial soaring success recently replaced by a string of losses 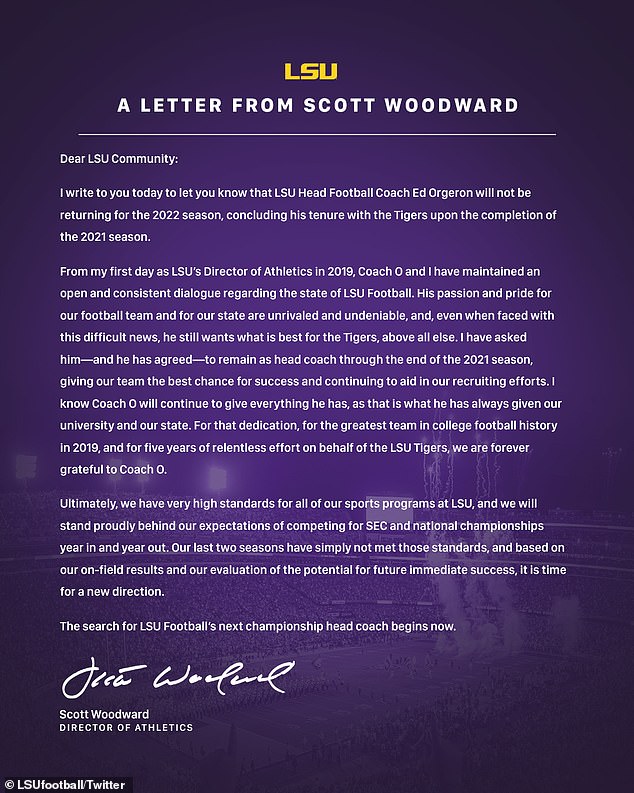 The LSU Tigers now stand at 4-3 following their win against Florida and remain at 2-2 in SEC play.

Sports Illustrated had announced Orgeron’s departure on Sunday after he had coached the team for five seasons.

Oregeron led the team 49-17 with one SEC championship and one historic national championship in 2019, following his promotion from interim head coach in 2016.

Despite Orgeron’s initial success, the team soon began to flounder.

The Tigers had a rough performance in the 2020 season going 5-5 after a successful 2019 run that led them to the playoffs.

Orgeron is also accused of failing to report a rape carried out by disgraced former LSU star running back Derrius Guice. 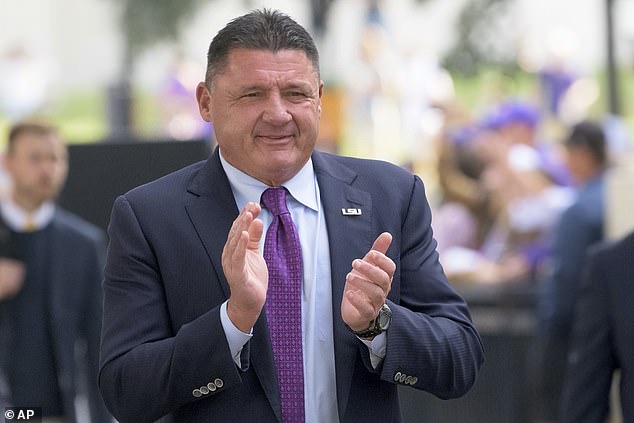 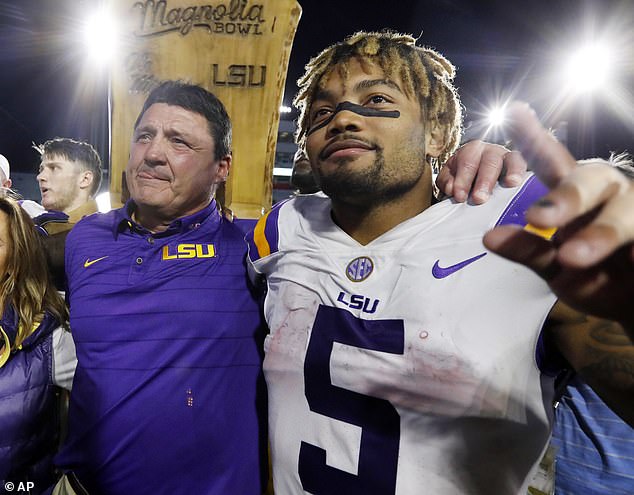 Guice came under fire after he allegedly raped two women months apart in 2016.

A year after the assault, Orgeron had allegedly told one of the victim’s then-boyfriends that ‘everybody’s girlfriend sleeps with other people’, and made no effort to report the alleged crime, it is claimed.

Guice was arrested in August 2020 on multiple domestic violence charges, with his achievements since stripped from LSU’s records. He awaits trial.

The scandal was even more unwelcome for Orgeron and LSU, given the crisis that gripped the college under the stewardship of the coach’s predecessor Les Miles.

Miles was banned from being alone with female students following an investigation in 2013.

He was fired at the beginning of the 2016 season. 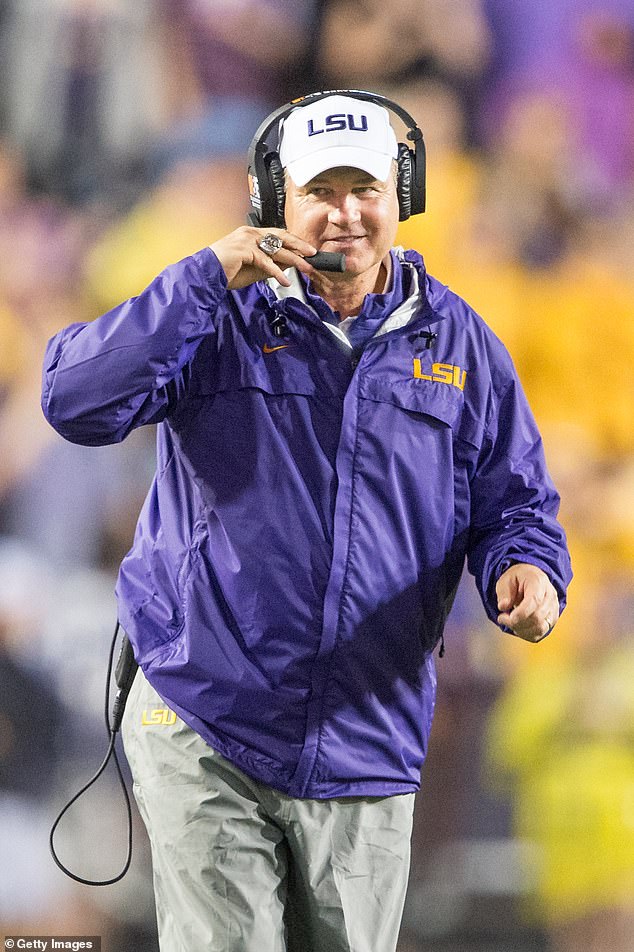 ‘His passion and pride for our football team and for our state are unrivaled and undeniable, and, even when faced with this difficult news, he still wants what is best for the Tigers, above all else,’ the statement read.

Orgeron had also released a statement of his own on behalf of the LSU football program.

‘Five years ago, I fulfilled a lifelong dream and returned to LSU to lead the Tigers into Death Valley,’ he said in the statement.

‘My love for LSU has only strengthened over the past five years. All I wanted to do when I accepted the position as head coach in 2016 was to build a championship program and make the state of Louisiana proud.

‘I am disappointed that we have not met those expectations over the past two years. Thank you to the entire LSU family for the opportunity to coach one of the greatest college football teams of all-time.

‘I’ll continue to fight, as will our team, throughout the rest of the season.’ 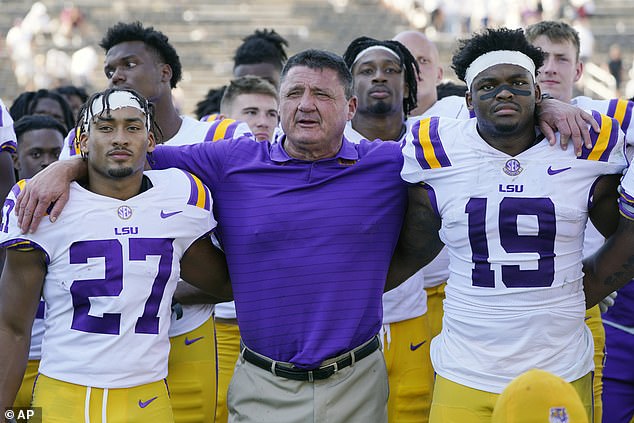 Orgeron had an extensive coaching history before joining the LSU Tigers.

He was the head coach at Ole Miss for three years starting in 2005 but was ultimately fired after three unsuccessful seasons.

However, he made a successful comeback after being hired as an interim coach with USC in 2013 leading the team 6-2. 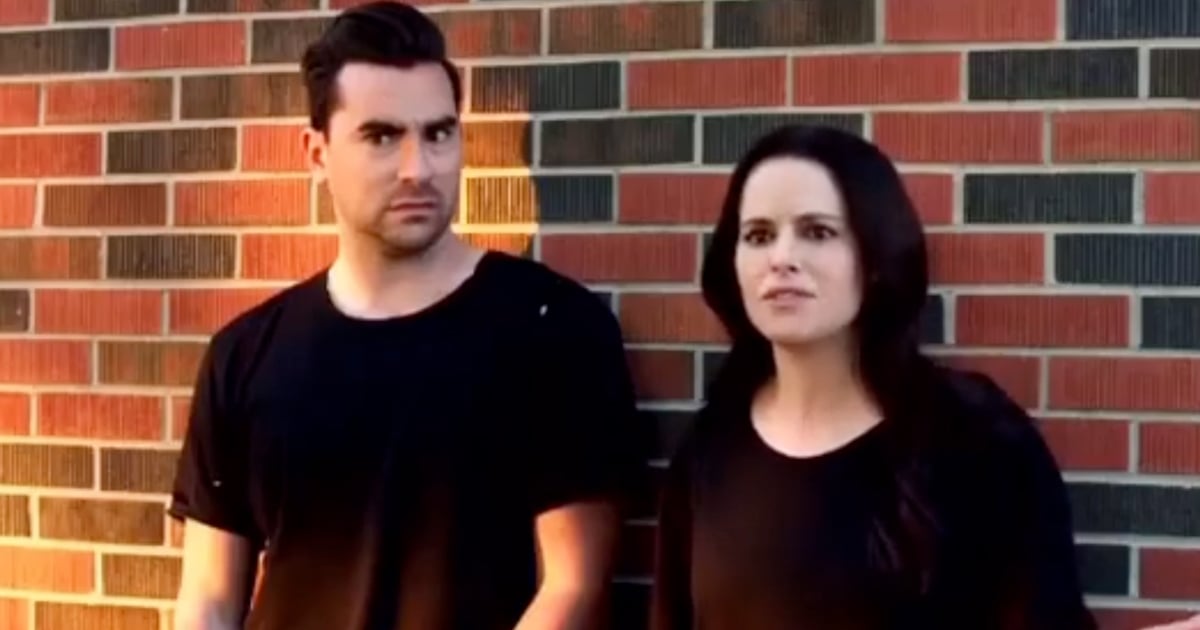 Dan Levy and Emily Hampshire Have a “Motel For Sale!” in This Mini Schitt’s Creek Webisode 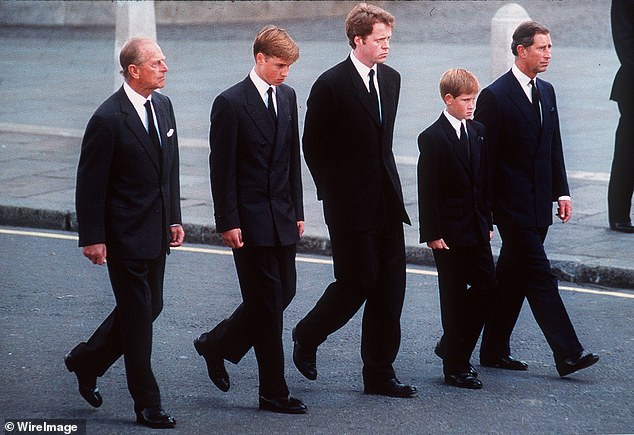 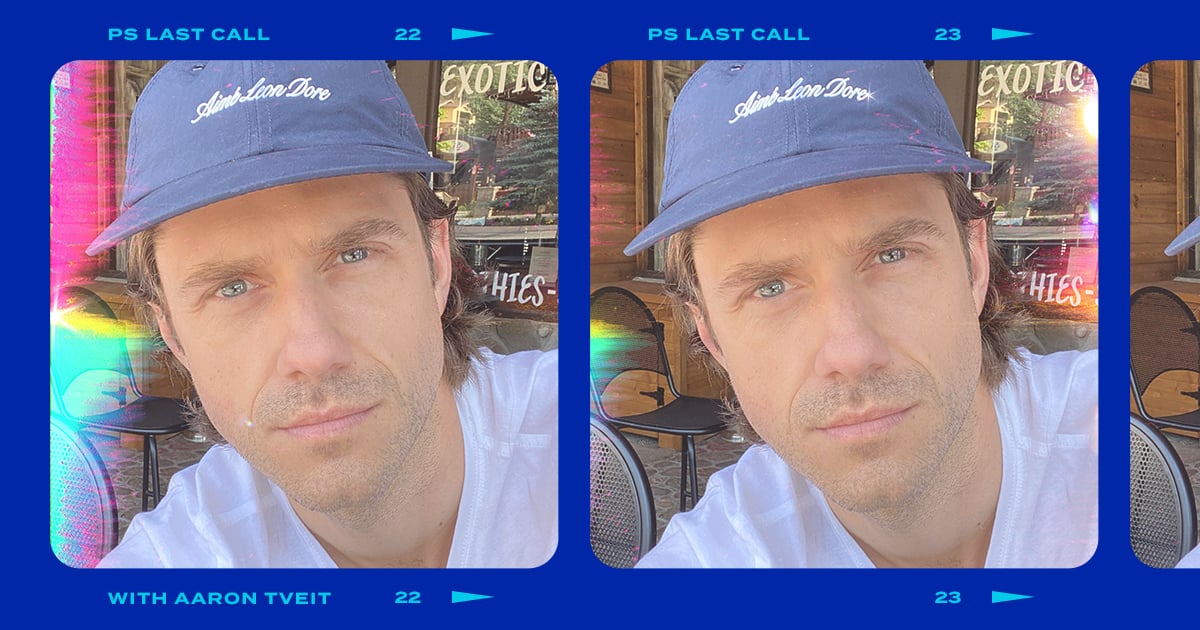 Aaron Tveit Is Getting to Live Out His Musical Dreams on Apple TV+’s Schmigadoon! 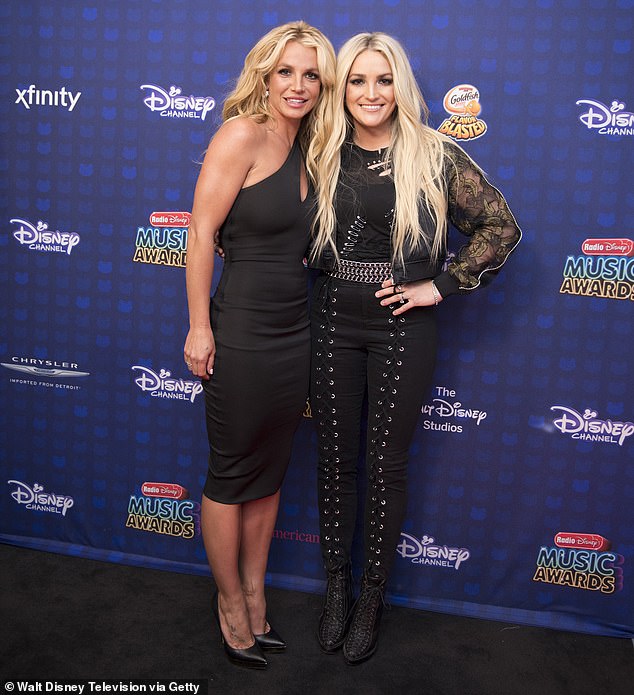