She’s set to celebrate three years of marriage with Alex Bowen, after embarking on a romance with him during the 2016 series of hit dating show Love Island

And Olivia Bowen, 27, is now boasting that she and Alex, 29, enjoy ‘the best sex’ with one another, mainly because she feels comfortable in expressing her desires to him.

In a candid chat with fellow Love Island stars Megan Barton Hanson, 27, and Yewande Biala, 27 – which was posted on MTV’s YouTube channel on Thursday – the media personality left no coital stone unturned as she waxed lyrical about her love life.

The best: Olivia Bowen, 27, boasts that she and husband Alex, 29, enjoy ‘the best sex’ with one another, because she feels comfortable in expressing her desires to him. Pictured in 2016

She said: ‘For me, if you’re good at sex, you’re just good at listening to someone and finding out exactly what they want. Obviously because I’ve found Alex, I feel like I have the best sex with him because we are so close.

‘If I had some wild fantasy, I would be so comfortable telling him, and he in turn would be comfortable doing that for me. We just have a really strong agreement on what makes each other happy.’

Chiming on in what makes someone bad at sex, Yewande said: ‘Not listening. Do you know what I feel like growing up in my household, sex was always talked about.

‘My mom used to be very open as she could. She was like “no, I want you to have sex but when you’re comfortable.”‘ 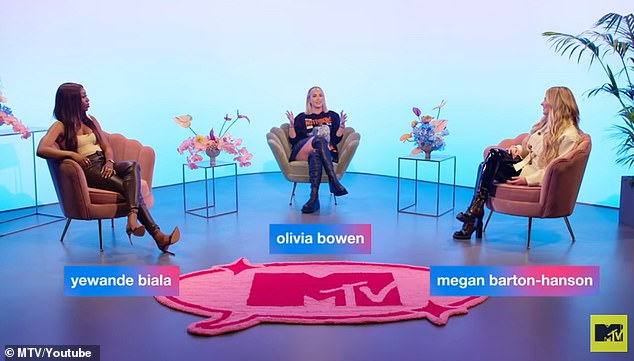 Chat: In a candid chat with fellow Love Island stars Megan Barton Hanson, 27, and Yewande Biala, 27, Olivia left no coital stone unturned as she waxed lyrical about her love life

When she asked the other girls if they spoke about sex at home, Olivia said no, while Megan replied: ‘I did, but only with my mum and not like on an emotional level, more just she was like “this is how not to get pregnant, make sure you don’t get pregnant.”‘

Olivia went on: ‘In school it’s all about the mechanics of it but not the enjoyment of it and how natural it is. And now there’s sex toys left, right and centre and I’m loving it!’

Moving the discussion to self-pleasure, Megan, who boasts a large following on X-rated subscription platform OnlyFans, said: ‘I do think it’s important.

‘Growing up, I felt such a sense of shame for even saying I masturbated whereas for boys, it’s completely normal. That’s how you have better sex as well, when you get to know your own body and know what you like. 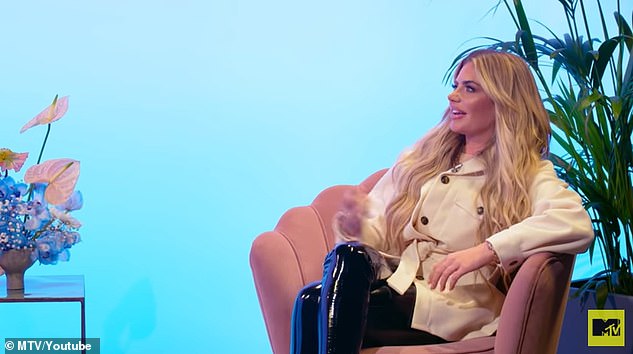 Unnecessary shame: Megan said, ‘Growing up, I felt such a sense of shame for even saying I masturbated whereas for boys, it’s completely normal’

Yewande weighed in: ‘Women have been told not to talk about sex, it’s only supposed to be for reproductive purposes and always seen as being pure and holy.

‘Sometimes sex is associated with being sinful and naughty and for so long, we haven’t spoken about it. But I feel recently there have been more sex influencers. We need more of those things to normalise sex because it is normal.’

Megan then admitted that she didn’t recall ever having sex education at school, prompting Olivia to respond: ‘I actually think the only sort of sex ed we got was like a video, but it was cartoons.’

Yewande recalled: ‘Primary school was the most awkward one. And then you got ice cream after, well I got ice cream for sitting through it. It was that awkward.

‘I think my teacher was so nervous, you could see she felt uncomfortable talking about sex. As a reward, I think more for her, she was like “everybody gets ice cream.”‘ 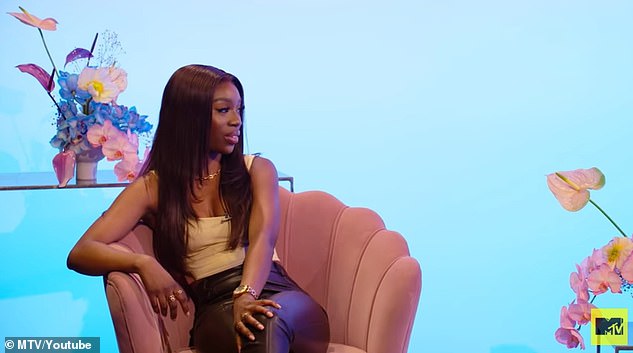 Taboo: Yewande weighed in, ‘Women have been told not to talk about sex, it’s only supposed to be for reproductive purposes and always seen as being pure and holy’

Megan, who is bisexual, then discussed the differences she’s experienced in having sex with men and women.

She said: ‘Obviously, I like girls and guys and I think the biggest difference with girls is that there’s not a rush.

‘I feel like with men, there’s hardly any foreplay or trying to skip the foreplay and going straight to banging and it’s just like, with girls, there’s more of a connection.

‘If it’s just a one-night stand I have better sex with a girl, only because I think when you’ve got a vagina yourself you know what you’re doing.’ 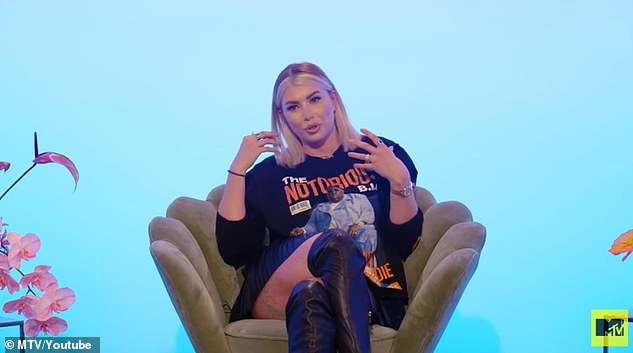 Loving it: Olivia went on, ‘In school it’s all about the mechanics of it but not the enjoyment of it and how natural it is. And now there’s sex toys left, right and centre and I’m loving it’

‘And you feel like this pressure as well when you’re young. I remember feeling such a pressure to have sex for the first time and then when I did it I was like, “what the hell was that about.”‘

Megan then said: ‘You know in films, girls are screaming and that. I’m like… “What just happened?” I think that’s why we need to talk about it more because when it’s not spoken about, my mind was blown. I was like, “how are people enjoying this?”

‘Because it was over in like five minutes, there was no foreplay and I think that’s the biggest thing with girls and guys. I think with girls you’re both equal and you’re both pleasing each other whereas with men it’s easy for them to skip that part.’

Dublin native Yewande, who famously had a short-lived romance with Danny Williams on 2019’s edition of Love Island, then shared a confession with the girls.

She said: ‘I have never been in love, and I always hear that you have the best sex of your life when you’re in love with your partner.’ 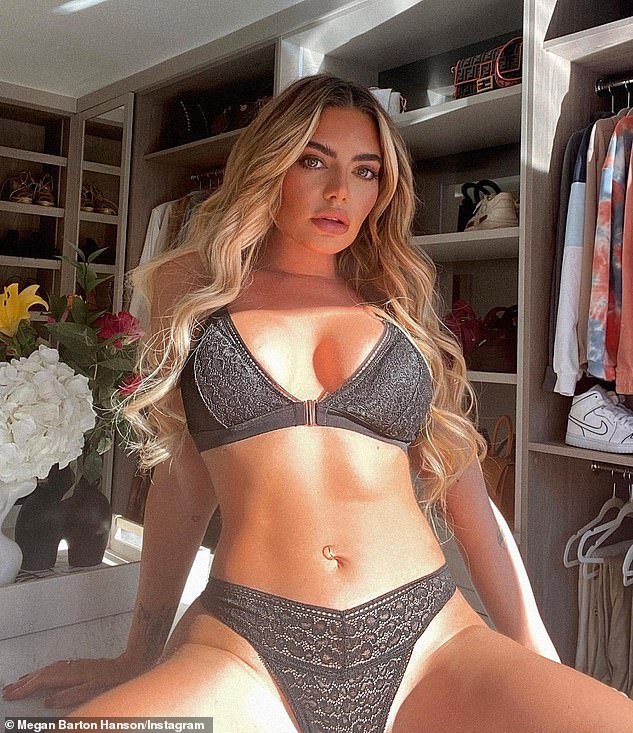 Differing experiences: Megan, who is bisexual, then discussed the differences she’s experienced in having sex with men and women

‘I vouch for that,’ said Olivia, while Megan added: ‘Yeah, I feel like you have more of a connection.

‘You have more love in sex, but equally on a one-night stand you can just be absolutely wild. You can be like “I don’t care if I ever see you again, but tonight I’m doing what the hell I want.”‘

In their wide-ranging discussion, which also included fetishes, Megan, who dated Wes Nelson during and in the months after 2018’s Love Island, admitted that she’s now enjoying a far more ‘selfish’ approach to sex.

She explained: ‘When I was younger I tried to please guys so much or I was so timid and shy when I first had sex, I worried whether my body looked good in this position, am I moaning enough, am I not moaning enough.

‘As I’ve got older, I’m just doing it more for me, I’m being a bit more selfish.’ 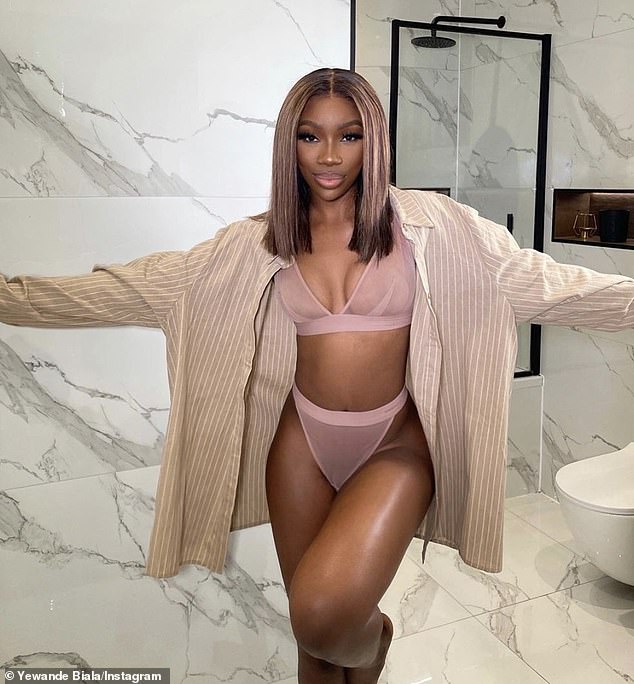 Olivia went on: ‘If it doesn’t turn you on, I don’t see much point doing it unless you’re really in love with that person and you’re happy to please them for that reason.’

And Olivia singled out one bedroom request she’d be unhappy to comply with: ‘I really hate feet… so if he really wanted to suck my toe, I’d be seriously offended but I think I’d do it.’

Olivia and Alex tied the knot in a lavish Essex wedding back in September 2018 following a two-year romance.

When asked why she thinks her and Alex’s relationship has worked so well, she told MailOnline: ‘It’s such a hard one to answer because I was never ready for a relationship when I went in there and we tried to be friends for such a long time.

‘We were sort of trying to make it really casual and not really looking at it as a relationship and I think that’s partly the reason why. It happened so naturally in such an unnatural environment, we just clicked.

‘I think it is really hard to find. I think as well we trust each other, we have fun together and we also have created a little bubble that we like to live in where we keep ourselves to ourselves.

‘I think that’s a really key thing in this industry to remember why you’re with someone and to respect and trust them and that’s all that matters.’ 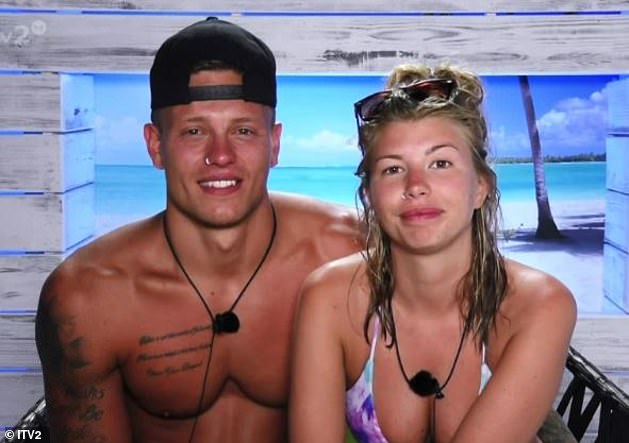 Impressive: Olivia and Alex have gone the distance after they first got together in 2016, and theirs is one of the few Love Island romances that have not fizzled out (pictured on the show) 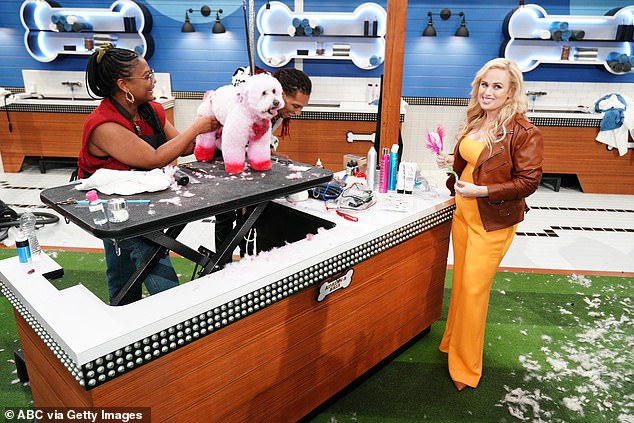 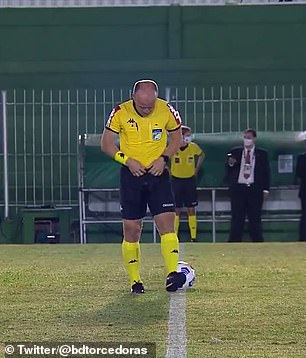 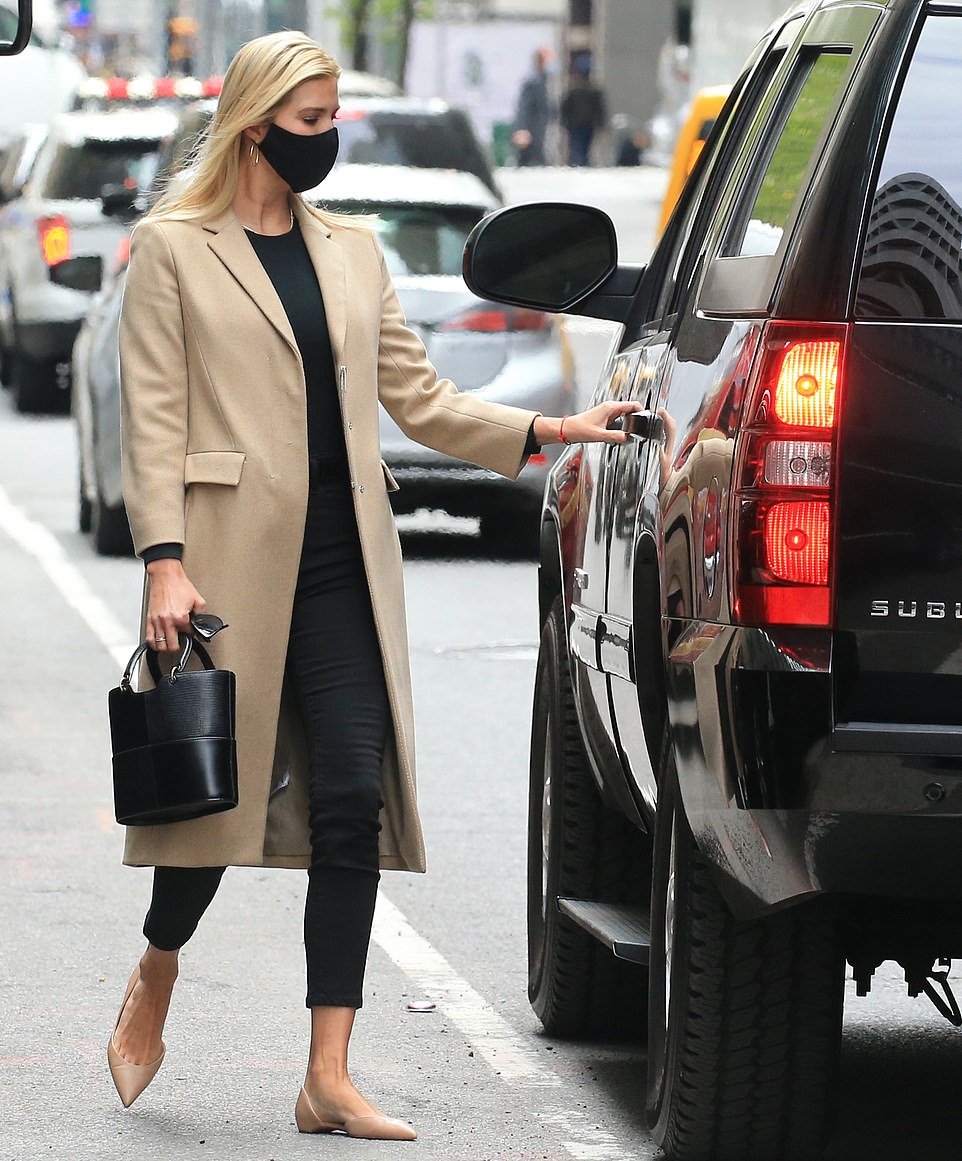