Justin Medof, 31, a student at the Chapman Fowler School of Law, is being charged with murdering his girlfriend. He allegedly told police he woke to find her ‘beaten, bloody and unconscious’

An Orange County law student has been charged with murdering his girlfriend after allegedly telling police that he woke up at their Las Vegas hotel to find her ‘beaten, bloody and unconscious.’

Justin Medof, 31, a student at the Chapman Fowler School of Law, called 911 at around 8am on July 12, and claimed he had woken to find his girlfriend Stephanie Duarte, 30, covered in blood, according to a police statement.

He claimed he found Duarte unconscious and tried to bathe her to wake her up.

The Clark County Fire Department responded to the scene at the Home2 Suites hotel to find Medof attempting to perform chest compressions on the naked victim.

Police officers took him to a separate room so they could treat Duarte, but an officer said she had been dead for some time.

A paramedic tried to revive her as well, but said that she appeared to be in rigor mortis and her jaw was locked, preventing an attempt at mouth-to-mouth resuscitation.

Police later reported that she had died hours before Medof called for help. She was officially pronounced dead at 8.37am.

Police said that evidence at the scene indicate that there was a struggle in the room and that Duarte was most likely bludgeoned in the head. The exact cause of the death is still pending with the Clark County Coroner’s Office.

According to a police report obtained by KLAS, Medof and Duarte had an argument the night before while at the Fremont Street Experience, a popular mall and tourist attraction in downtown Las Vegas. 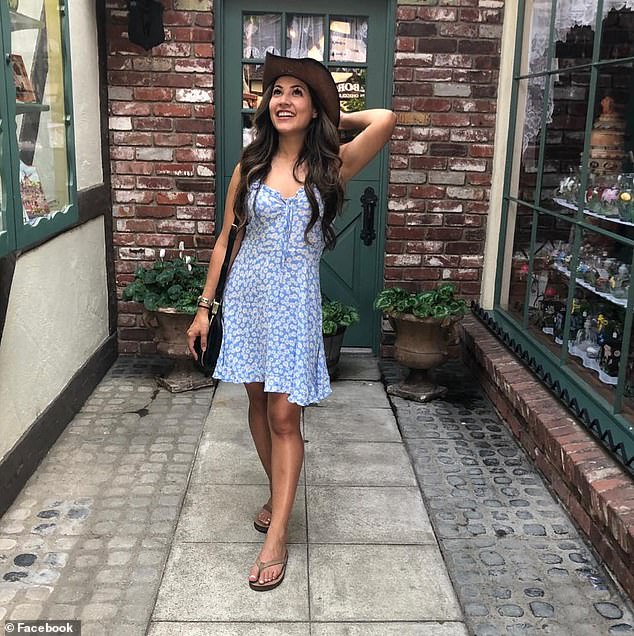 Stephanie Duarte, 30, pictured, and Medof allegedly had an argument the night before while at the Fremont Street Experience, a popular mall and tourist attraction in downtown Las Vegas

The suspect told police he left before Duarte and took an Uber back to the hotel, where he went to sleep.

Witnesses allegedly verified Medof’s claim, and time-stamped security camera footage shows Medof getting back to the hotel at 2.12am, while Duarte arrives at 2.25am.

The hotel’s night auditor told police that Duarte checked in with him around that time and appeared nervous. She allegedly asked if anyone had left her messages or if Medof asked about her. He answered ‘no’ to both questions and told police he never spoke to Medof.

Homicide detectives believe the door to their room was opened last around 2.32am and Duarte was killed later that morning. Guests staying in a room nearby told police that they heard loud noises that sounded like a man and a woman were arguing and furniture being shuffled around.

According to the police report, detectives doing evidence collection saw red marks all over Medof’s body, including on his rib cage, back, shoulders and knees. He also had lacerations on his left bicep, left elbow, knees and the top of his right foot.

A crime scene analyst photographing the scene claimed that Medof appeared to be covering the wound on his bicep. When asked about it, he said it was old and hesitantly moved his hand away, police said. 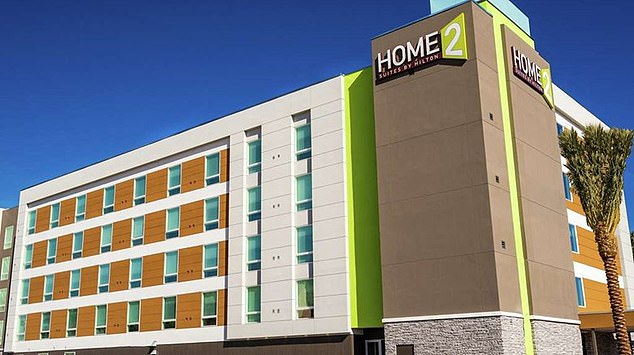 After he was taken into custody, Medof refused to answer any other questions until his attorney was there, police said.

His attorney Robert Draskovich told KLAS, ‘You never take a police report at face value. We are now beginning our own investigation, and we expect there to be more to this story.’

He added that Medof was studying to become a lawyer and is ‘going through a tough time,’ thinking about how this will affect his family.

Medof is being held without bail and his next court appearance is August 2. 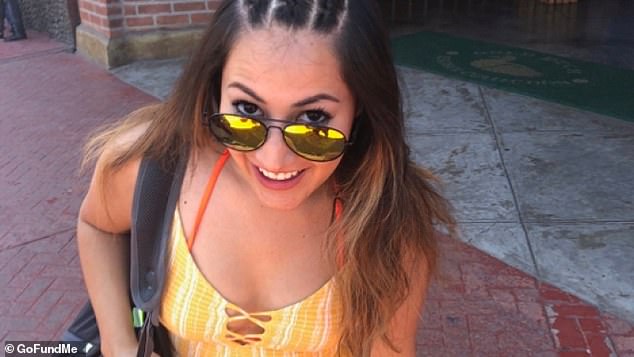 According to her Facebook page, Duarte was a market manager at CareMore, a health care delivery system 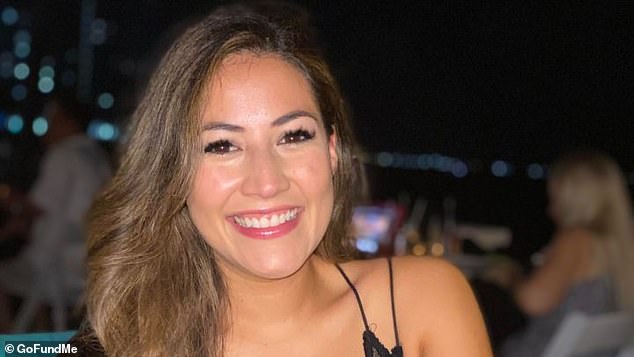 A GoFundMe started by Duarte’s friend Sarah Nooravi, on behalf of Duarte’s family, has raised $56,551 by Monday night, surpassing its goal of $50,000

Meanwhile, Duarte’s family is struggling to cope with her unexpected death, her sister Andrea told KLAS.

Andrea said, that her sister was ‘a person who loved life; a person who was always ready for adventure, loving, thoughtful . . . very driven. Her work has always been a priority, as is her friends, but more importantly, her family. This has been horrific. We have never experienced anything like this. It has been horrific.’

According to her Facebook page, Duarte was a market manager at CareMore, a health care delivery system. She earned her Bachelor of Science in Human Biology from the University of California in San Diego. She was an aspiring health care worker pursuing a second degree in nursing.

A GoFundMe started by Duarte’s friend Sarah Nooravi, on behalf of Duarte’s family, has raised $56,551 by Monday night, surpassing its goal of $50,000.

In the description, Nooravi wrote, ‘Stephanie’s passing was tragic and unexpected, leaving us all shocked that a beautiful, young angel would have her life cut short. Stephanie was a bright spark in the world and will be deeply missed.

‘Those of you who knew Stephanie knew how contagious her energy and ambition was. Stephanie has left lasting impressions on many of us with the pure joy and love she carried with her and she will forever be remembered in our hearts and souls.’ 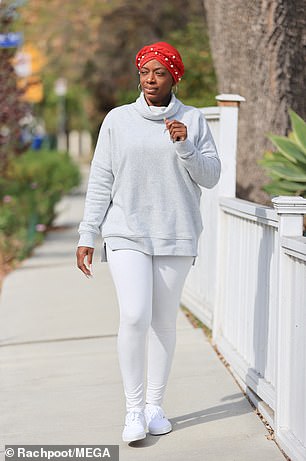 Tessica Brown, who sprayed her hair with Gorilla Glue, flaunts her new ‘do on a stroll in LA 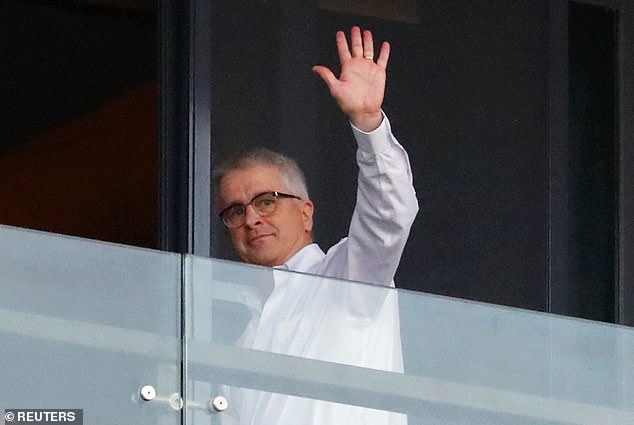 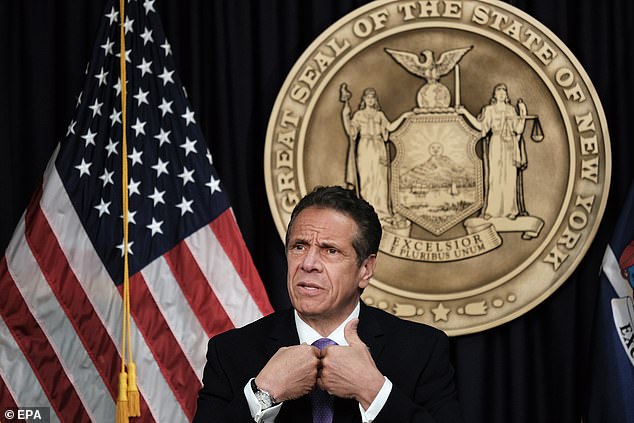 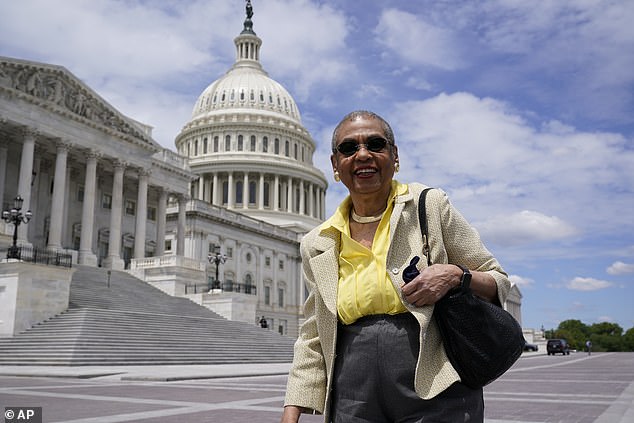