The movie announces itself cryptically as ‘a fable from a true tragedy’. On a clear winter’s day in 1991, Princess Diana – all coltish limbs, thick blonde hair and those unforgettable huge blue eyes – is driving her little convertible sports car through the Norfolk countryside to the Royal Family‘s Christmas gathering at Sandringham.

Unfortunately, and not a little symbolically, she has got herself lost along the way. After fruitlessly consulting a map, she stops at a garage to ask the distinctly non-royal people there for help.

‘Excuse me,’ she says. ‘I’m looking for somewhere. I have absolutely no idea where I am.’

And in that direct plea for human connection, says Kristen Stewart, whose portrayal of the late, much-loved princess in Pablo Larraín’s forthcoming film Spencer is already generating an Oscar buzz, you have in a nutshell the power of Diana’s appeal. 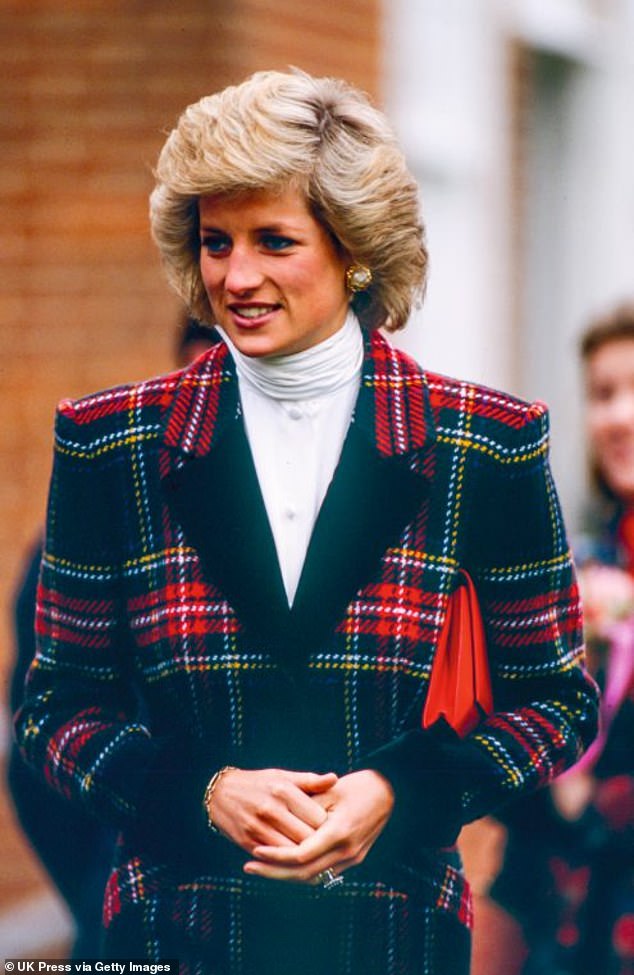 Kristen said she became ‘obsessed’ with watching The Crown to immerse herself into Princess Diana’s (pictured, in 1989) identity

‘She was touchable,’ Kristen says. ‘I think that even when she looked her most beautiful and her most substantial, she also felt like she could kick her shoes off and walk outside with you and ask you how you are and touch your face. And you would feel that honesty from her.

‘But ironically, she was also the most unknowable person, and at least over the three days we’re imagining in the film she was the most isolated human you can think of.’

The film doesn’t claim to be historical reportage, but an imagined account of a three-day Christmas holiday at Sandringham during which Diana finally accepts that her ten-year marriage to Charles has become impossible to maintain.

It’s a compelling mixture of royal drama à la The Crown, a touch of menace (who was it, for instance, who left a biography of another spurned royal wife, the beheaded Anne Boleyn, in Diana’s bedroom?), and moments of pure surrealism, as Diana’s anguish and suffocation in the increasingly hostile environment of the Royal Family threaten to engulf her.

‘But it doesn’t go into any salacious details,’ says Kristen, 31.

‘It’s really just an imagining of a three-day period when it all became most heavy on her. It’s more about her internal experience than anything else.’ 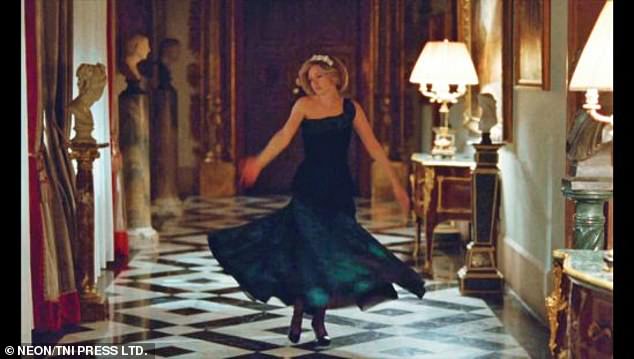 For Chilean-born Pablo Larraín, best known before this film for Jackie, the tale of another iconic woman, Jacqueline Kennedy, the decision to set Spencer over such a short period was a deliberate one.

‘I think it’s interesting, the story you can tell, when you look at someone in a very specific moment in a crisis instead of going over a longer period of time in their life,’ he says. ‘Then you can get to know that person really well. And this was quite a crisis Diana was in.

‘Hers was a fairytale that had captured the imagination of billions around the world, a woman who’d been chosen by a prince and would eventually become a queen and live happily forever. I guess part of becoming an adult is the realisation life isn’t like that. What we have instead is a princess who’s going away from the idea of being a queen because she realises what she really wants is to be herself.

‘And it’s beautiful to see that in a compressed amount of time and in one single space, in this castle really, although they just call Sandringham a house in England. When you see Diana there, you have a character trapped in tradition and history.

‘She starts broken, becomes almost like a ghost for a while, and then she’s back again and healed and ready to move on.’

A dancing Diana… and all that jazz

Although the film is unquestionably intense, in one montage we see Diana losing herself in dancing, and Kristen says those scenes were her favourites to shoot.

‘I took more pleasure in my physicality making this movie than I ever have on anything – I felt more free and alive and able to move. I even felt taller!

‘The best days on set for me were those where we would shoot a little part of the dance montage. The only plan was to pick the look and the room and the songs, which included Talking Heads, Miles Davis and Lou Reed. Then it was just about inhabiting the space and taking your whole impression of Diana – of everything you have ever learned about her – and shoving it into one moment and allowing it to become physical. And if that’s not jazz, I don’t know what is.’

Although Kristen Stewart – an LA native who came to fame playing high-school student Bella Swan in the popular Twilight Saga film series – is American to her toes, her encapsulation of Diana, from the cut-glass vowels to the trademark tilt of the head, is spooky.

Yet she admits that when she was first offered the role her reaction was one of disbelief. ‘When I spoke to Pablo at first he hadn’t written the script,’ she recalls.

‘He just said, ‘Have you ever considered this person? I’m going to make a movie and I think it’s you.’ And I thought, ‘I think you’re crazy.’

When she actually signed up for the role, the disbelief had shifted to terror.

‘I thought, ‘Oh, s***, this is a big deal – I don’t want to mess it up!’ she laughs. ‘But I guess the only thing that alleviates that tension is that I can only do the best I can. Besides, there’s no one way to do this.

‘If you read every memoir about Diana, you see that everyone feels differently about her. Every photographer sees her in a different light, and she herself felt different every day. So there’s no way to get it right or wrong.’

In order to immerse herself in Diana’s identity, she became ‘obsessed’ with watching The Crown – ‘it’s so brilliant!’ – and watched interviews with the princess while she was falling asleep at night.

‘I just wanted to have her voice in my head so I never feel like I’m just doing an impression of her. The people you know best in your life – the ones where when you tell stories about them you immediately drop into their voice – I wanted that feeling.

‘I wanted to encompass her and jump into her skin – not just feel like I’m putting on a costume or a wig, but that I was really walking in her shoes.’

She also underwent a crash course in British etiquette.

‘We had royal advisors to tell us all the things that you couldn’t know as an outsider. I learned to curtsy – I learned that you don’t do it very low at all, or else you fall over – and I learned, for instance, that you’re not supposed to go to the kitchen and steal food, someone has to bring it to you.

‘There was always someone around to make sure nothing was out of line, that we were remaining authentic and we weren’t undermining what we were trying to do. I think we did OK, although I have to confess my curtsy went out the window as soon as I walked off set!’ 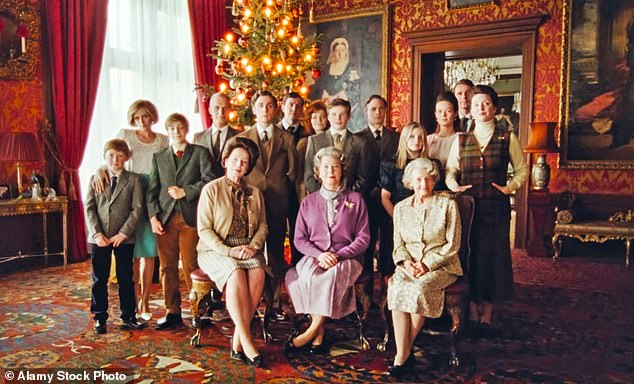 Kristen said Princess Diana was the most beloved person in the world and the most rejected at the same time. Pictured: the Royal Family at Sandringham in the film

Another thing she learned was just how trapped the princess must have felt in her gilded cage.

‘Judging from where I’m standing, she had such little control over her life – everything was this negotiation. The highs and lows were similarly extreme, she was the most beloved person in the whole world and the most rejected at the same time.

‘I think the really sad thing about her is that, as normal and disarming as she was, she also felt so isolated and lonely. As an outsider I can say that Brits generally have the stiff upper lip mentality, but with Diana I look at pictures of her, even just a fleeting little video clip, and I feel like the ground shakes and you don’t know what’s going to happen.

‘She really sticks out as a sparkly force, just a house on fire. There are some people who are endowed with an undeniable penetrating energy, and she was one of them.

‘She made everyone else feel bolstered by this beautiful sort of light inside them, but the fact is we’re all mirrors of each other, what you give is what you get and all she wanted was to just have it back. She couldn’t really define her own power, but she definitely felt it.

‘She would wield it sometimes like a banshee. Some staff members have said, ‘She tore me down’ but then sometimes she’d seem so normal and small.

‘It was only with her children that she had real sureness, and there it was just the most sure thing ever. Pablo was very good at helping me with that because he’s a dad himself, and he was able to make sure that little nucleus in the film was rock solid.’

All in all, Kristen says she came away from the experience with an enhanced appreciation of the challenges faced by all members of the Royal Family.

‘I think you find that in every aspect of life, there are things you feel you have to do. Then you grow up and you realise that you don’t have to do all those things, and you get to pick and choose who you are.

‘I realised that I don’t feel anything like the rigidity that was imposed on Diana, because I’m allowed to make mistakes, and that’s the vast difference between the job of an actor and the job of somebody in the Royal Family. They’re keeping together an ideal that’s supposed to keep an entire nation together.’

She also came away with a profound admiration for Diana’s courage in ending the marriage.

‘One of my friends was going through a terrible break-up recently, and I made this movie and I then looked at her and said, ‘Dude, you can just choose what you want to do, you are not on some pre-destined path. Sometimes your life can feel like it’s happening to you rather than you controlling it, but really you can just take the reins.’

‘It’s hard to make choices like that though, and it’s scary so it takes balls. But it is possible.’

As Diana herself proved.

Spencer is in cinemas from Friday 5 November. 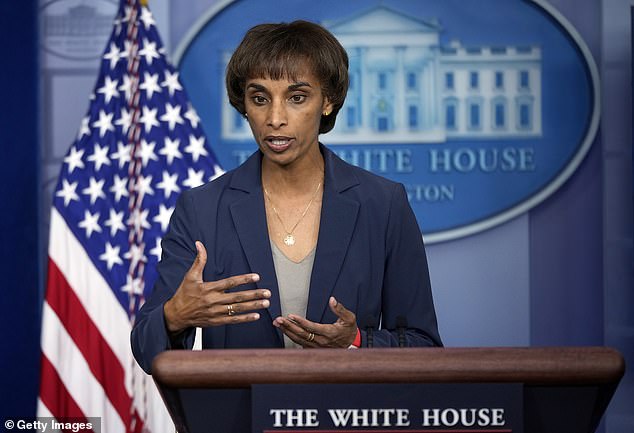 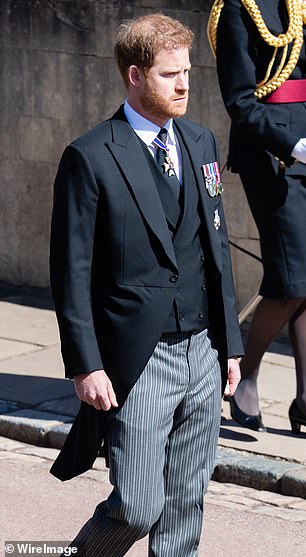 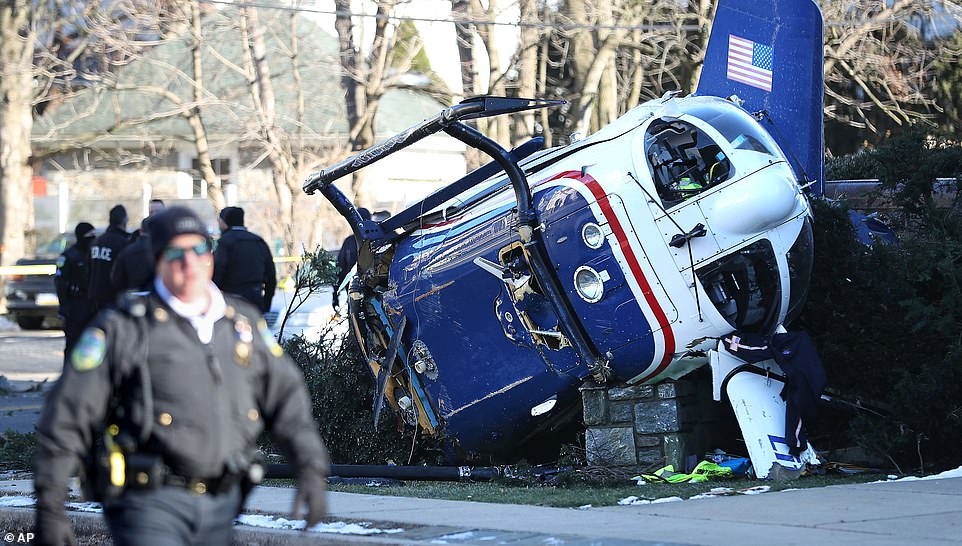