He begrudgingly gave Kourtney Kardashian and Travis Barker his ‘blessing’ on their relationship a mere months ago.

But Scott Disick is seemingly not okay with the state of the couple’s piping hot romance as he boldly sought out reinforcement from her ex Younes Bendjima to talk smack.

Younes put the Talentless designer on blast as he shared a screengrab of the alleged direct message he received, which read in excerpt ‘Yo is this chick ok!????’, accompanied by a photo of she and Barker making out in Italy. 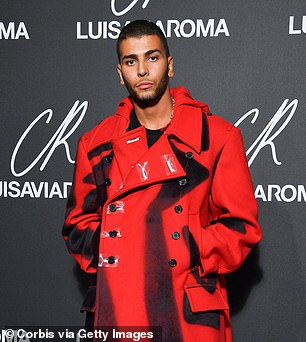 Scott, 38, seemed to have messaged the 28-year-old model — whom Kourtney dated from 2016 to 2018 — to question the POOSH founder’s behavior with regards to her recent over the top PDA in Italy.

‘Yo is this chick ok!??? Broo like what is this. In the middle of Italy,’ he wrote as he sent a photo of Kourtney kissing and straddling the Blink-182 drummer on an inflatable boat.

Younes — despite being 10 years younger than Disick — exuded more maturity about his ex’s happiness in the alleged private conversation as he responded back: ‘Doesn’t matter to me as long as she’s happy PS: I ain’t your bro.’

And as the duo do not follow each other on Instagram (per the screenshot) Scott would have had to go out of his way to message Younes about their shared ex’s relationship. 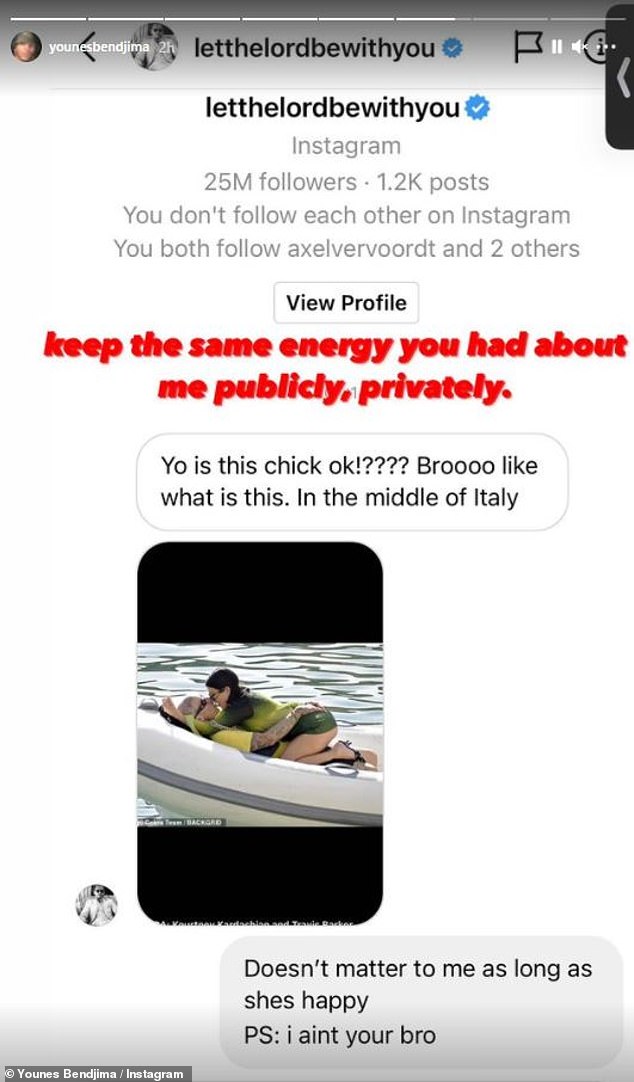 DMs don’t lie! A screengrab of their alleged conversation was shared by Younes on his Instagram story 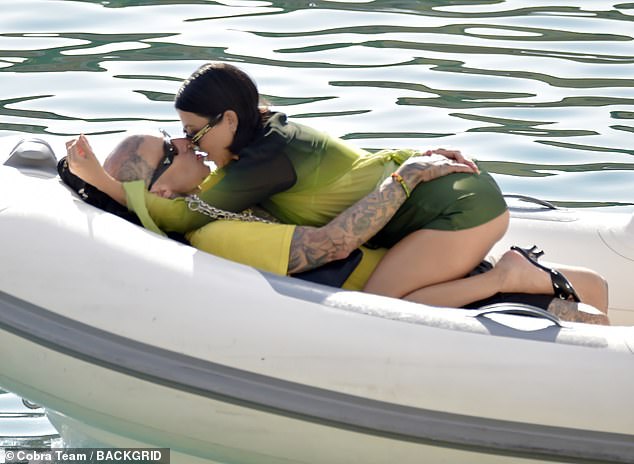 The image in question: Scott had apparently sent Younes this image of the POOSH founder straddling the drummer during their very loved up vacation in Italy; pictured August 29

Making it very clear that he and Scott were never on good terms, Younes continued to write ‘Keep the same energy you had about me publicly, privately.’

The statement seemed to be in reference to Disick stating on the Keeping Up With The Kardashians reunion that he wanted to ‘kill’ anyone linked to Kourtney as he specified: ‘Well, the last guy. Let’s all be honest here.’

He later continued to stew over the very bold message while defaming Scott’s character in another Instastory.

‘Couldn’t miss this one. He been playing around for too long, tried to stay quiet and be the nice guy.’

Younes and Kourtney dated from 2016 to 2018 after her on-off relationship with Scott, the father of her three children: Mason, 11, Penelope, nine, and Reign, six, became too tumultuous to handle any more. 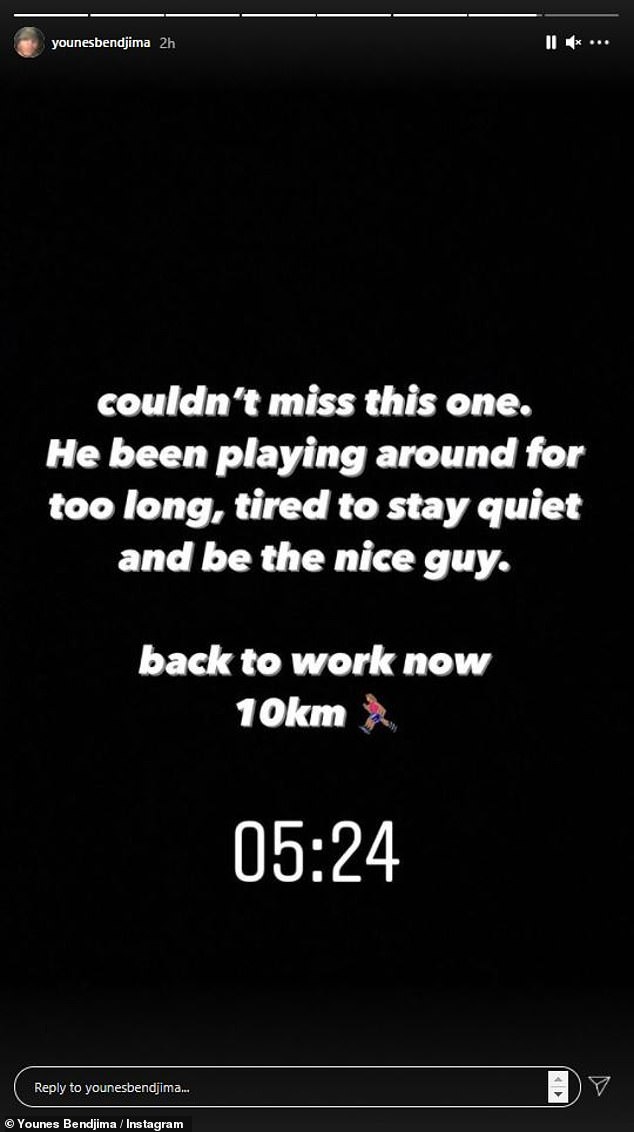 Character defamation: He later continued to stew over the very bold message while defaming Scott’s character in another Instastory 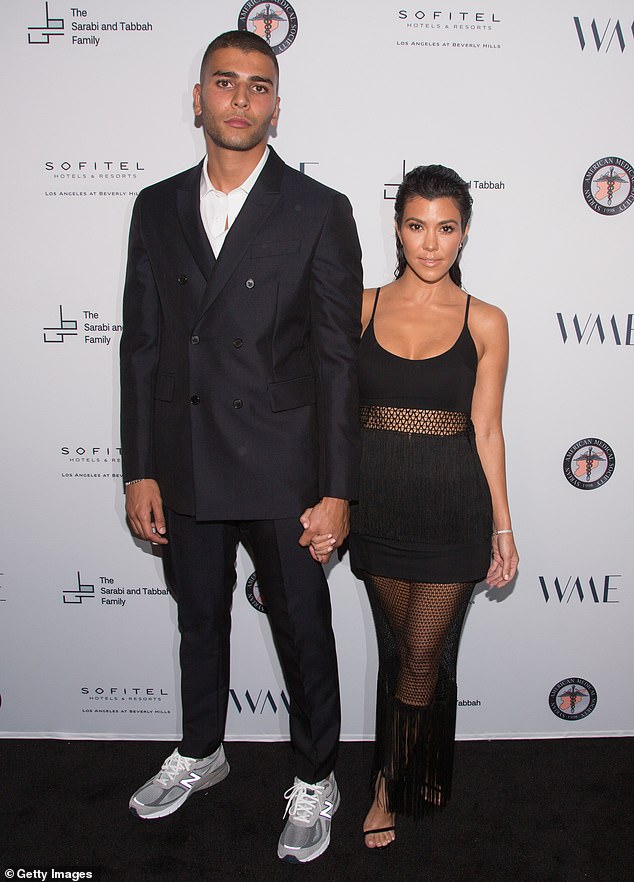 Putting her first: In his message the model maintained that as long as Kourtney was happy he was happy; pictured 2018 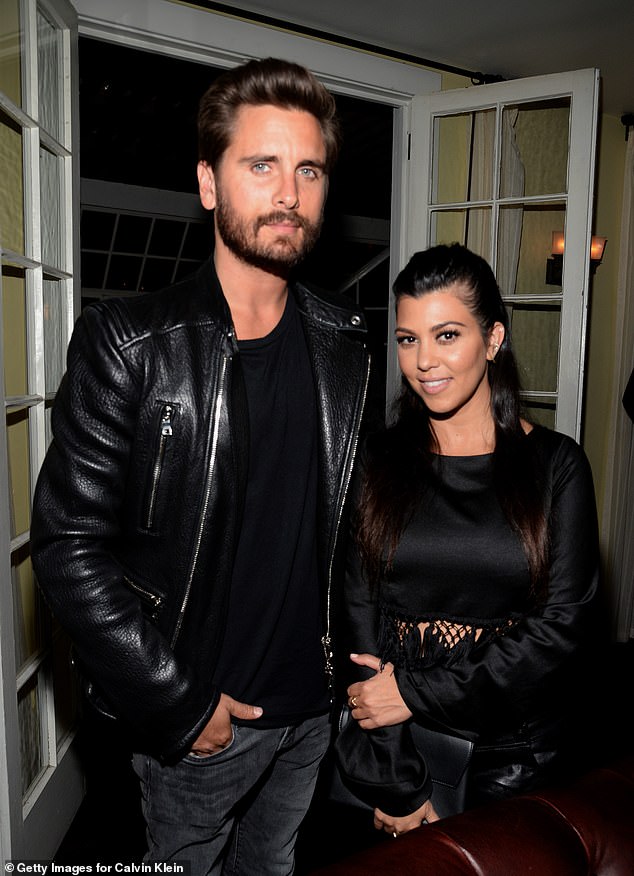 Not over her: The Talentless designer shares three children with Kourtney and he maintained that she would always be a ‘priority’ to him; pictured 2015

PEOPLE reported that her relationship with the Algerian model — who was 23 when they began dating — started to develop cracks which were exacerbated once photos of him kissing a woman in Mexico emerged.

‘It didn’t end well,’ a source told the publication at the time.

And a second source said: ‘ As soon as their long European vacation was over, they started having problems. Younes was in L.A. recently, and things were not great. He and Kourtney didn’t get along.

‘They decided to take a break, but were not officially over. Now with the pictures of Younes in Mexico, they are definitely not getting back together,’ the insider said adding that Younes was ‘always supposed to be a rebound.’ 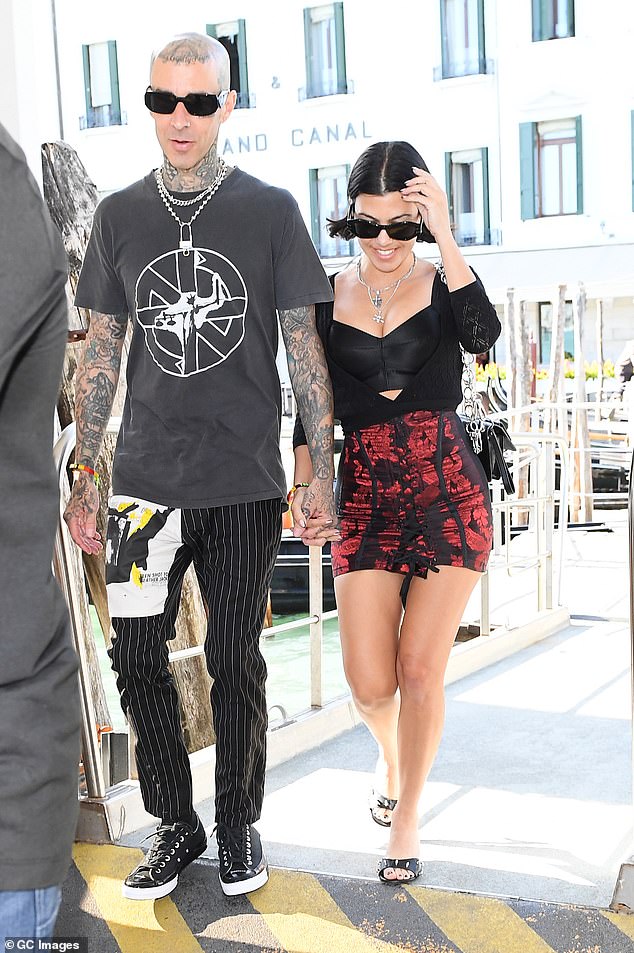 New man: The longtime friends turned lovers began dating in the latter part of 2020 and their relationship has been full of PDA that many deemed uncharacteristic of the usually reserved reality star; pictured August 29 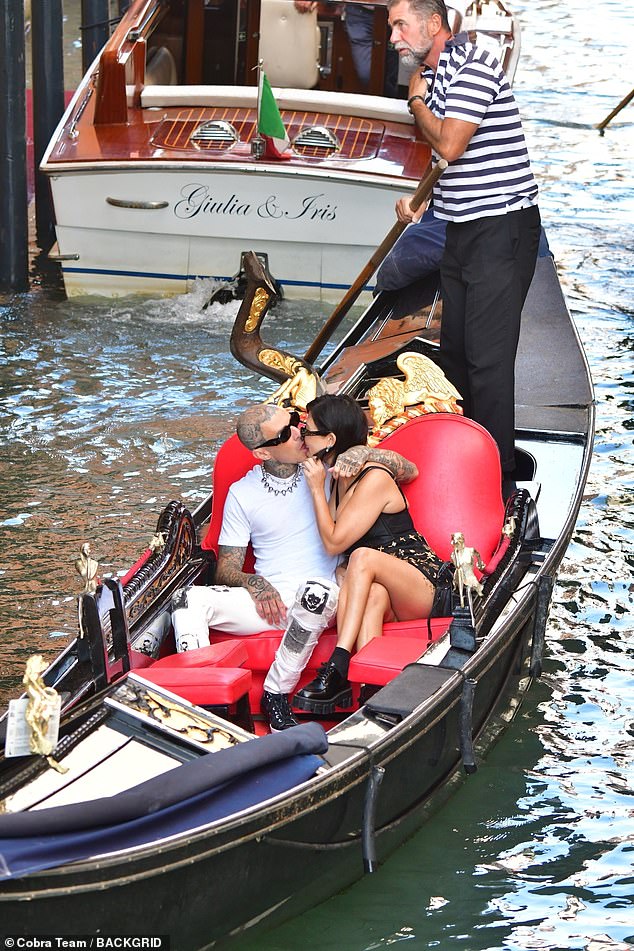 Loved up: The couple are getting very serious and numerous reports have spoken on the possibility of marriage; pictured August 30

Kourtney and Scott first began dating in 2006 and were in a very on-off relationship for nearly decade that was wrought with cheating. They finally called it quits in 2015.

After they split they maintained a decent co-parenting relationship with regards to their kids and Disick eventually moved on to date Sofia Richie in 2018 before they split in the summer of 2020.

At that time Kourtney was rumored to be single but she was linked to everyone from Justin Bieber to Luka Sabbat.

As the aftermath of his split from Richie — who was 19 when they first began dating —  was chronicled on Keeping Up With The Kardashians, Disick confessed that Kourtney would ‘always be a priority’ and that Sofia gave him an ultimatum. 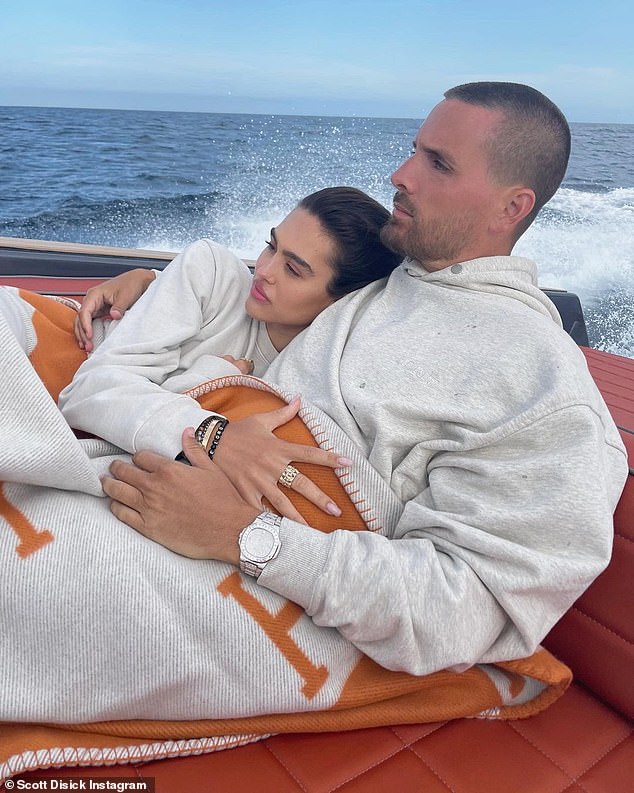 Even younger: Amelia and Scott have been linked since October 2020

And Kourtney spoke about her deal breaker with Scott on the show’s reunion as she said: ‘I think the substance abuse was the deal-breaker.’

He had gone to rehab twice in 2015 after struggling with alcohol and checked himself in again for emotional trauma in 2020.

During the reunion — which was filmed in early 2021 — both Kourtney and Scott gave each other their blessings to date whomever would make them ‘happy.’ 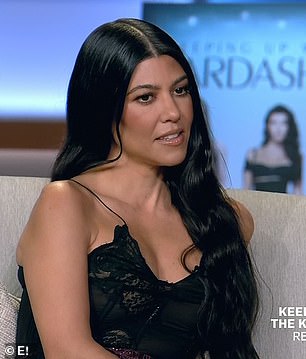 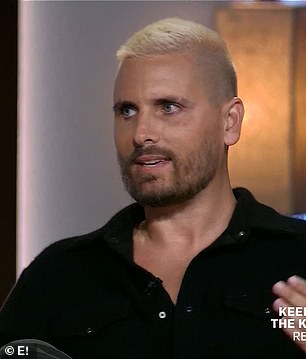 Moving on: Both parties had given their blessing to date whomever would make them ‘happy’ on the KUWTK reunion

‘I think if you really love somebody, you want them to be happy no matter what,’ he shared. ‘So I do give her a blessing to be happy.’

And Kourtney seconded the notion :‘Whoever would make him happy, I would give my blessing.’

Kourtney and Travis — known lovingly as ‘Kravis’ have gotten serious to the point where marriage has been spoken about as well as the possibility of moving in together.

The pair splashed out on a Palm Springs house for their blended families and a source told The Sun this week that they are trying to navigate combining their families in LA. 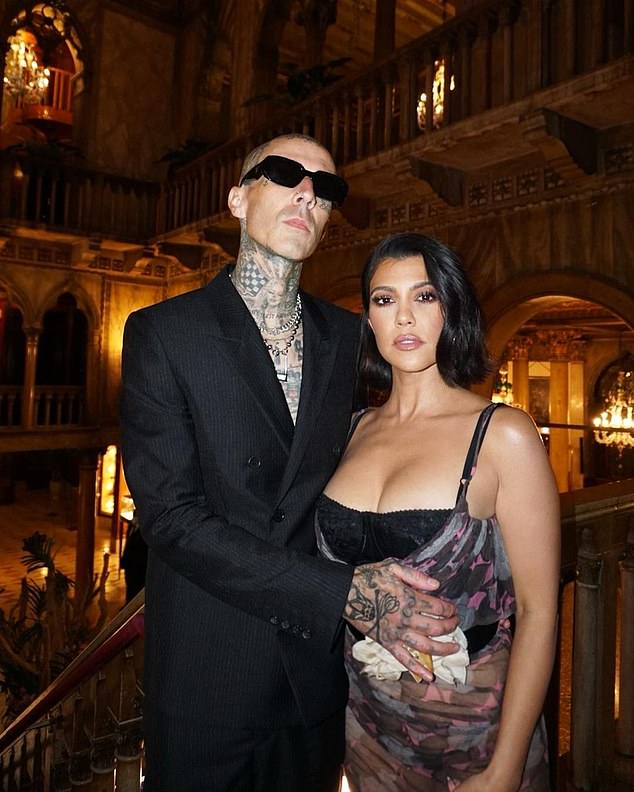 Step-daddy Barker: A source told The Sun ‘Kourt wants Travis to be step-dad to her kids’

‘Kourtney and Travis are loved up but what’s causing a headache is the plans to combine the two families. Right now Kourtney and Travis live minutes away from each other, but they want to move in together to start a new chapter, and that means all their kids need to be involved in the plan too.’

It was also added that ‘Kourt wants Travis to be step-dad to her kids,’ and she has already stepped up as a support system for his kids with ex Shanna Moakler: Landon, 17, Alabama, 15, and Atiana De La Hoya, 22.

The pair took their love overseas this week, in what marks the drummer’s second flight and first to Europe after a harrowing 2008 plane crash killed four people and left him with burns on 65% of his body.

He credited his girlfriend with giving him the strength to tackle his fears — which first began with a trip to Mexico — as he gushed ‘With you anything is possible.’ 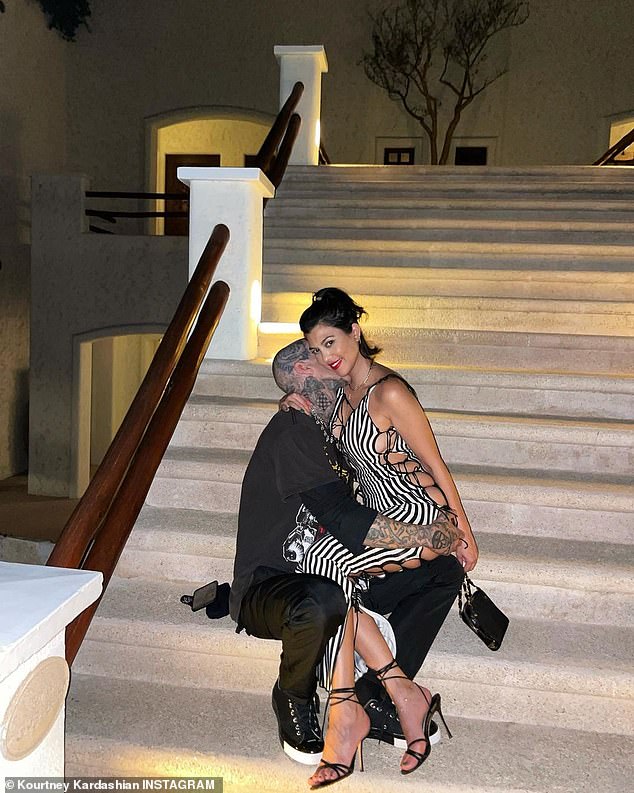 Support system: The pair have now enjoyed two romantic vacations overseas after the drummer has conquered his fear of flying as he gushed ‘with you anything is possible’ 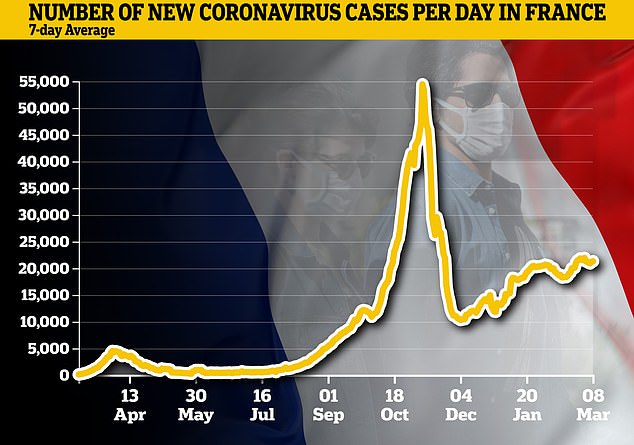 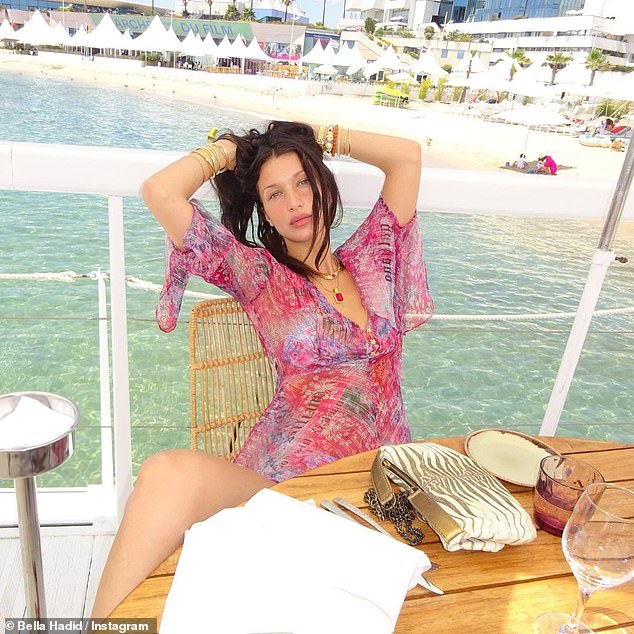 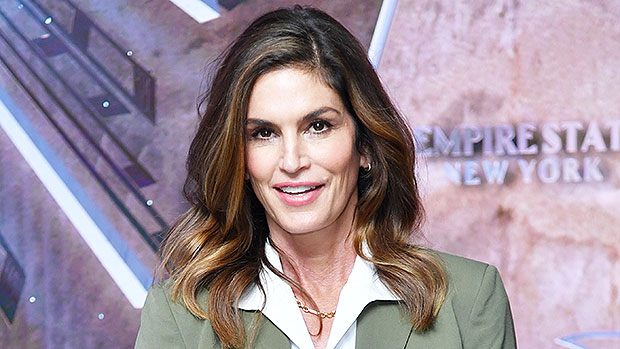 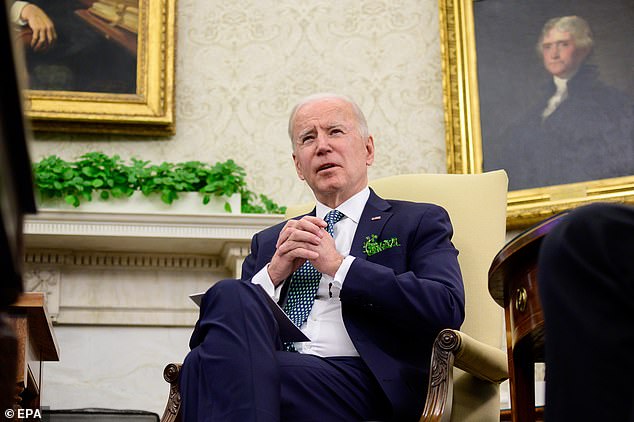