Kamala Harris visited a buzzing Las Vegas on Saturday as it welcomed droves of tourists for the Independence Day weekend – then warned Nevada must ‘do better’ to improve its flagging vaccination rate.

The VP touched down to find Sin City back to something like its normal self, with revelers streaming in again, gambling revenue hitting an all-time high, the Strip getting its first new casino in a decade, and big concerts starting at a gleaming new stadium.

During a speech to union workers at the Carpenters International Training Center, Harris touted the White House‘s planned $1.2trillion infrastructure package, which she vowed would great ‘good union jobs’.

The VP touched down to find Sin City back to something like its normal self, with revelers streaming in again and gambling revenue hitting an all-time high 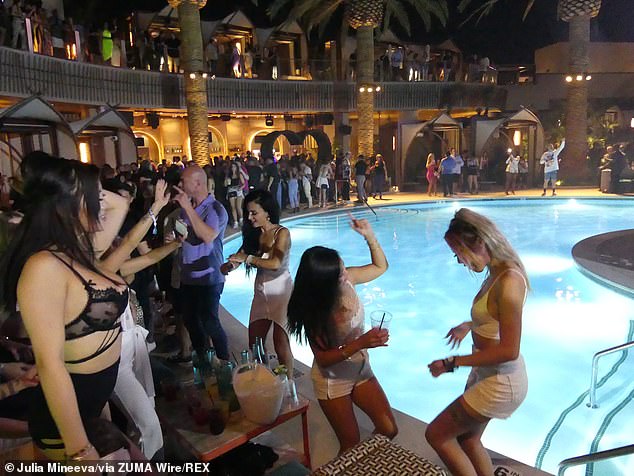 However, she warned that America’s recovery could be stunted by the spread of COVID-19 among the unvaccinated, who she said made up the ‘vast majority’ of people being hospitalized or dying.

She also criticized the pace of the vaccination rollout in Nevada, which has seen 45.17% of people aged 12 and over receiving two doses, compared to 47.6% of the population as a whole.

The state set up a mobile vaccination clinic outside the center, which Harris promoted.

‘The bottom line is that getting vaccinated is safe,’ she said. ‘It is the ultimate act of solidarity.’ 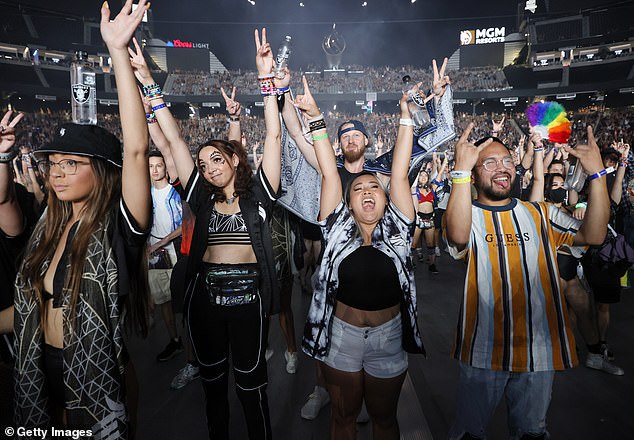 Gambling revenue has hit an all-time high, the Strip as received its first new casino in a decade, and big concerts starting at a gleaming new stadium (pictured on Saturday)

The visit – part of President Biden’s America’s Back Together tour to celebrate the country’s progress against COVID – contrasts from an earlier visit to Las Vegas in March when Harris met with volunteers packing emergency food boxes.

Fifteen months after the pandemic transformed the city into a ghost town, it is quickly recapturing its normal buzz. Vegas is among US cities buzzing as July 4 holiday travel exceeded pre-COVID figures from 2019, with more than 2.2 million Americans taking to the skies, and a total of 50 million headings off for the long weekend.

President Joe Biden talked up his bipartisan infrastructure package and additional plans for investing in families and education during a visit Saturday to a Michigan cherry farm.

He also pitched his immigration plans when chatting with two couples from Guatemala who were picking cherries.

Democratic Gov. Gretchen Whitmer greeted Biden’s midday arrival in Traverse City, which is hosting the National Cherry Festival, an event that attracted Presidents Herbert Hoover and Gerald Ford in the past. 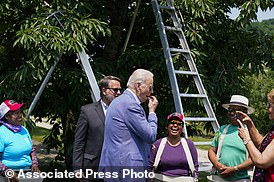 As they toured the cherry farm in nearby Antrim County, Whitmer told reporters she hadn’t spoken to Biden about any infrastructure projects for Michigan specifically.

‘I’m the fix-the-damn-roads governor, so I talk infrastructure with everybody, including the president,’ she said. In recent flooding, she said the state saw ‘under-invested infrastructure collide with climate change’ and the freeways were under water.

‘So this is an important moment. And that´s why this infrastructure package is so important. That´s also why I got the president rocky road fudge from Mackinac Island for his trip here,’ she said. 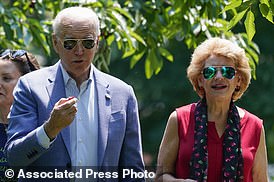 Plexiglass panels installed to separate gamblers at the poker and blackjack tables have largely been removed, the world-famous buffets are reopening, and nightclub dance floors are packed.

But that progress is threatened: Nevada this week saw the highest rate of new COVID-19 cases in the country, hospitalizations are on the rise again, and the highly contagious delta variant has become the most prevalent form of the virus in the state, adding urgency to the campaign to get more people vaccinated.

Still, in a place where the economy runs on crowds and uninhibited behavior, a return to pandemic-related restrictions and mask requirements seems to be off the table.

Inside the casinos, guests are not required to wear masks if they are fully vaccinated, but employees do not appear to be asking anyone for proof.

‘It seems like everything is opening back up, getting back to normal,’ Teresa Lee, a 47-year-old tourist from Nashville, Tennessee, said Thursday as she stood on the Strip, looking out over the fountains in front of the Bellagio casino.

Lee said she is vaccinated and felt safe in Las Vegas because she read about the casinos’ efforts to get their workers and their families vaccinated.

Tyler Williams, a 22-year-old from Eugene, Oregon, said it didn’t feel as if there was a pandemic anymore because ‘people are everywhere.’ He said he had seen hardly anyone with a mask apart from a few foreign tourists and felt no need to wear one himself, because he is vaccinated.

Las Vegas fully reopened and lifted restrictions on most businesses June 1, though many casino-resorts had already returned to 100% capacity before that with approval from state regulators. Visitor numbers, while not at their pre-pandemic highs, have grown by double digits four months in a row.

Shows and fireworks are scheduled for the July 4 weekend, and the new 65,000-seat Allegiant Stadium where the NFL’s relocated Raiders will kick off their season this fall was set to host its first major concert Saturday, by electronic dance music star Illenium. It will be followed by a full-capacity show from Garth Brooks next weekend.

Over the past two weeks, Nevada’s diagnosis rate of 190 new cases per 100,000 people was higher than that of Missouri, Arkansas and Wyoming — all states with lower vaccination levels — and the state public health lab found the delta variant in almost half the COVID-19 cases it analyzed.

Also, the number of patients hospitalized with the virus has grown 33% over the past week, according to the Centers for Disease Control and Prevention, though the levels are far below what they were in December, when hospitals were near capacity.

State biostatistician Kyra Morgan said Friday that the spike in cases might be attributable to the full reopening of the state and city in June and that the return of crowds and big events on the Strip could cause the increase to continue.

‘If we know anything about COVID, we know that when people are gathering in close proximity to one another in large volumes, that is the recipe for COVID transmission to increase,’ Morgan said. 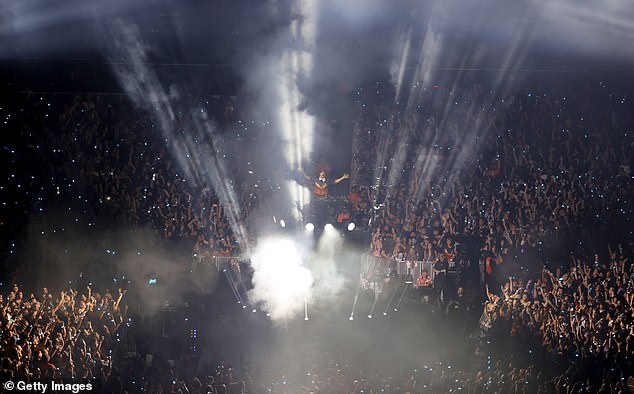 Producer Illenium performs during his three-set show “Trilogy,” the first concert ever held at Allegiant Stadium on Friday 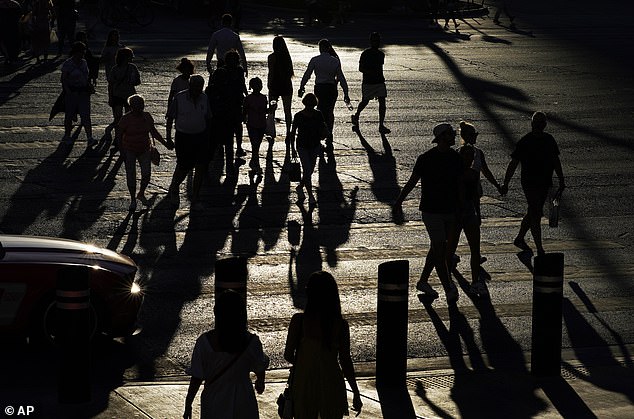 State and local officials said that almost all the new cases and hospitalizations involve unvaccinated people and that the best way to attack the problem is by getting more shots in arms. Nevada has fully vaccinated 45% of those 12 and older, well below the nationwide level of 55%, according to the CDC.

‘We are a state of skeptics when it comes to vaccines,’ Morgan said. ‘We have a lot of anti-vaxxers, frankly, in the state of Nevada.

State and local officials, who in May went so far as to hold a vaccine clinic at a strip club, said they are trying to find more ways to persuade people, including the launch of a cash raffle.

Democratic Gov. Steve Sisolak, who took the unprecedented step of shuttering casinos for 11 weeks last year when the pandemic started, said Thursday he will ask for help from the COVID-19 response teams that the Biden administration is dispatching to boost testing and vaccinations in communities with outbreaks.

Sisolak’s office did not respond to questions about whether he is considering reimposing mask mandates or other restrictions, but Las Vegas-area officials say they are following the CDC’s guidelines, which say it is safe for fully vaccinated people to go mask-free.

‘At this this point, there is no discussion about increasing restrictions to the business and social life here in Clark County,’ said Dr. Fermin Leguen, chief health officer in the Las Vegas area. ‘Getting better numbers in immunization is the solution for this problem at this point.’ 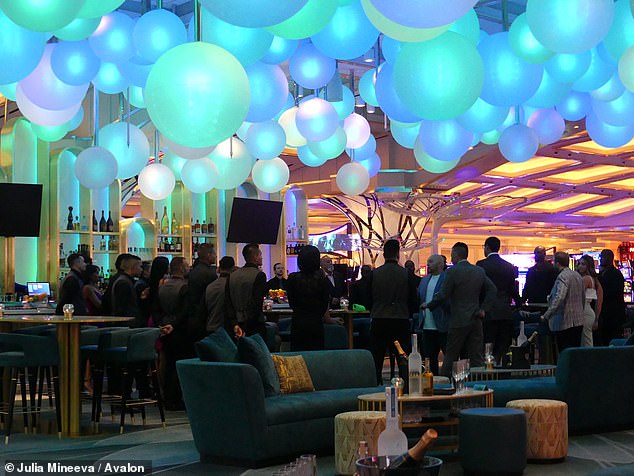 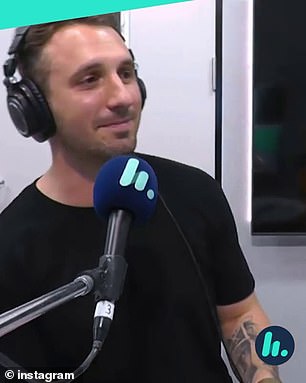 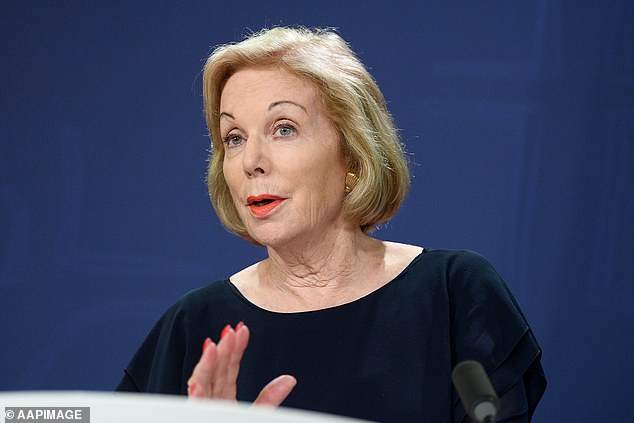 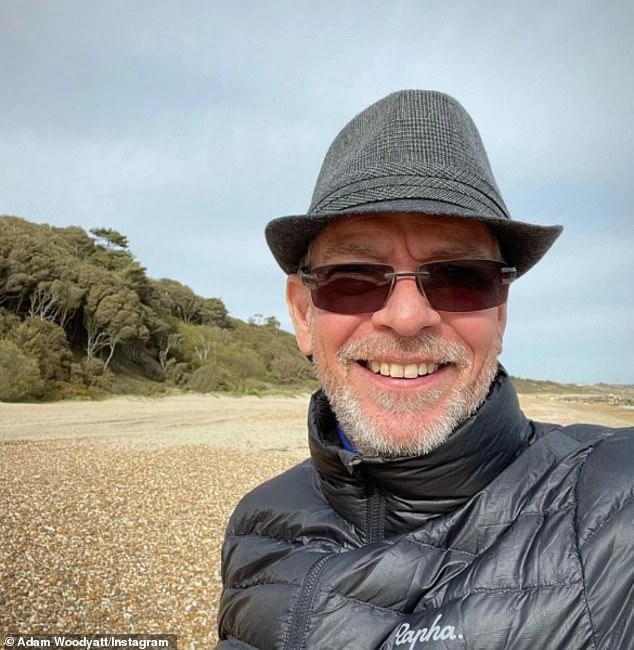 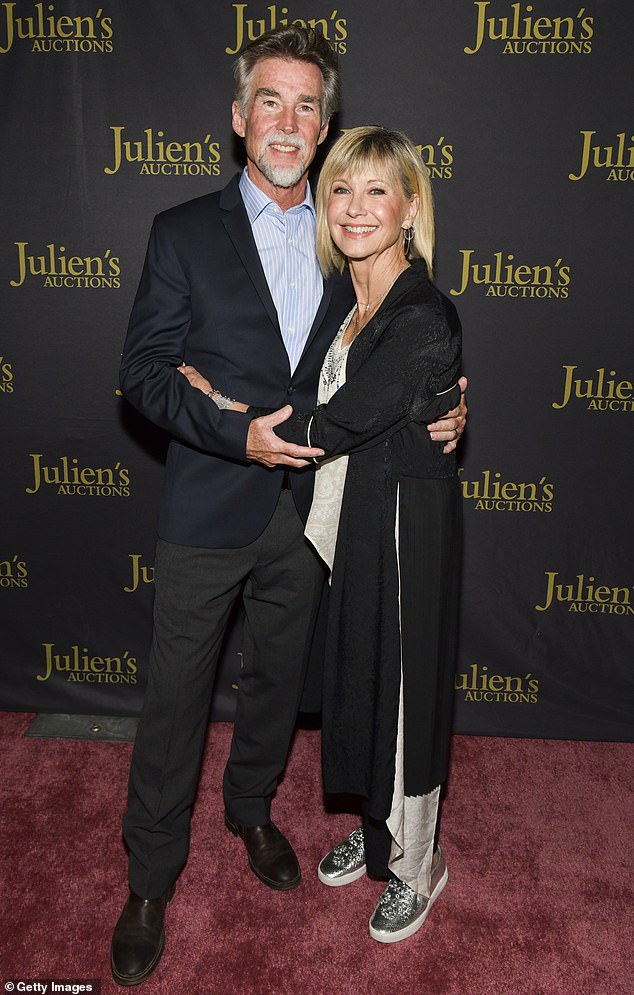