Talk show host John Oliver has attacked cops who’ve refused to get vaccines and accused them of hypocrisy, even as cities including Chicago face losing thousands of officers due to stand-offs over mandates.

Speaking on his show Last Week Tonight on Sunday, the British comic said: ‘It is true that all over the country, a small number of police officers have received disproportionate coverage after threatening to resign over COVID mandates.

‘They framed this as a matter of individual liberty, even in cases where very little was being asked of them.’

Oliver, who shared multiple statistics and clips throughout his diatribe, continued: ‘There is also the key matter of fact that the police are supposed to keep the public safe. That is the point of their jobs, yet some don’t seem to give much of a s*** about that.’

In his show on Sunday, John Oliver slammed police officers who are quitting over COVID vaccine mandates

‘The constant refrain we hear from cops every time they kill an unarmed black person is “They should have complied with commands,” because as long as  you comply, things will supposedly go well.

‘But that only seems to work one way.

‘When officers are asked to follow simple rules or face consequences, a not insignificant amount of them flip their s***.’

‘So you know what, if an officer wants to quit over this, f****** let them,’ Oliver said. ‘Let the individuals who clearly don’t care about public safety stop being in charge of public safety. It’s really that simple.

‘And that is a motherf***** walkie drop.’ He was referring to a clip shot by a Washington State trooper who filmed himself resigning by dropping his walkie talkie.

Oliver took a dim view of that incident, saying: ‘Ooh, a walkie drop, you don’t see many of those. And that’s probably because it looks pathetic.

‘Dropping a microphone is inherently exciting – you get a thud as it hits the floor and the cheer of the crowd. But a walkie drop? That’s just a sad man sitting in a dark car dropping an object directly on his penis.’

‘But it is true that all over the country, a small number of police officers have received disproportionate coverage after threatening to resign over COVID mandates,’ Oliver continued.

‘They framed this as a matter of individual liberty, even in cases where very little was being asked of them.’

He said that in Chicago, officers were ‘merely asked to fill out a form listing their vaccination status on a portal and for now can still work if they are unvaccinated so long as they are regularly tested.’

But, as the Chicago Sun Times reported, 23 officers are on a no-pay status for refusing to report their vaccination status and face possible termination, after Fraternal Order of Police President John Catanzara urged officers not to comply. 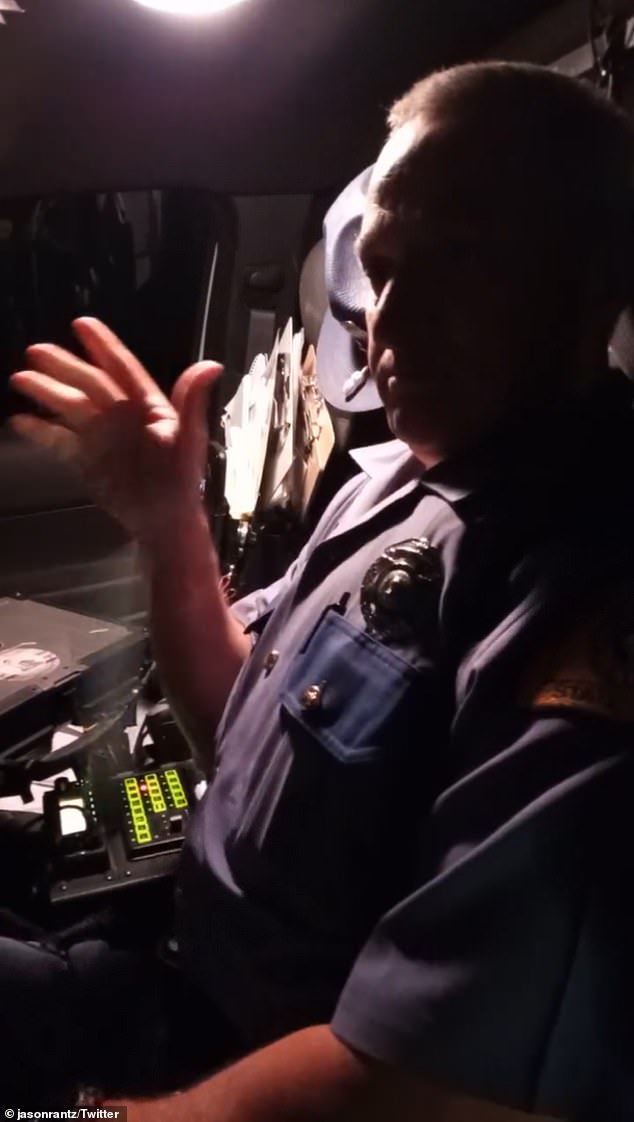 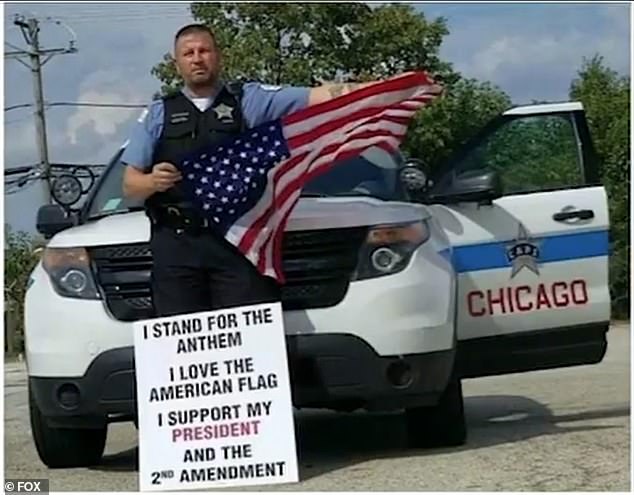 Chicago police officers have protested the vaccine mandate, even though they are allowed to stay on the force if they submit to testing twice a week

Crimes in the city have rocketed by 68 per cent in two years – with murder alone up 56 per cent over that period, with Lightfoot set to take further heat if the mandate prompts many of the city’s 13,000 officers to resign.

In a video shared last week, Catanzara said: ‘We’re in America, goddammit. We don’t want to be forced to do anything. Period.

Catanzara has since issued a video apology, which Oliver aired, and criticized, saying Catanzara has been suspended eight times and has received more misconduct complaints per year of service than 96 percent of the force.

Oliver also brought up a statistic reported by CNN that nearly four times as many officers have died from COVID-19 since than from gun violence since the pandemic began, with 240 so far this year, compared to 50 gunfire deaths. 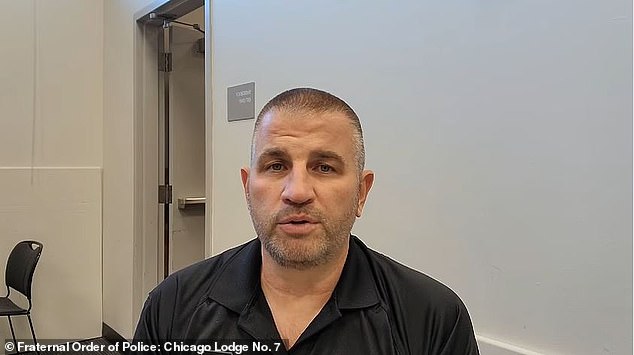 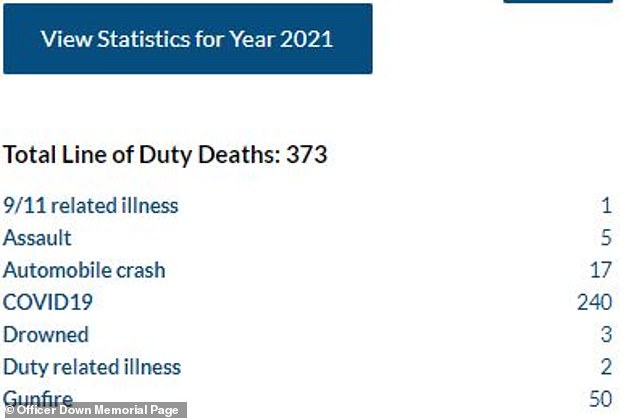 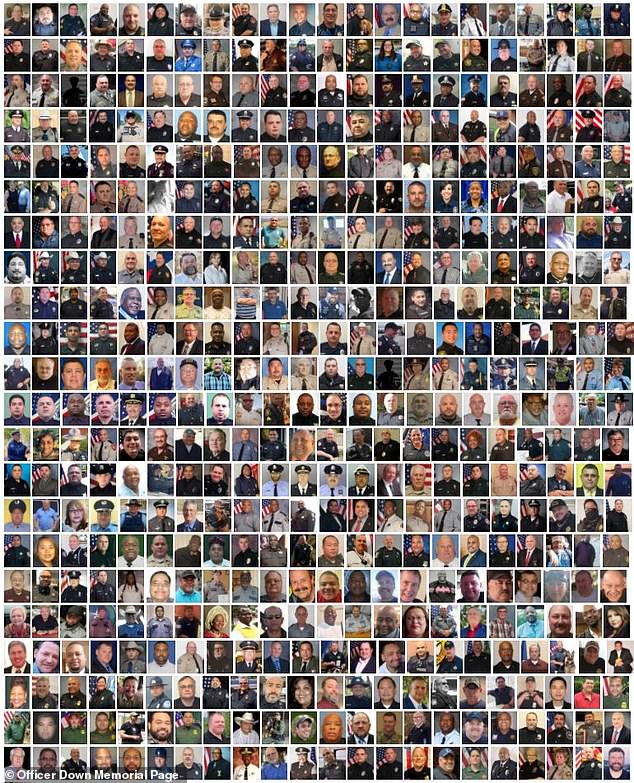 But police leadership in Chicago are still trying to get all of the police officers to comply with its mandate, meeting individually with each employee not entered into the portal.

They first counsel the officers on what the city’s vaccine mandate requires, before sending them to human resources to enter a no-pay status and finally directly ordering to report to the portal from the bureau of internal affairs.

They still have yet to speak with up to 1,000 workers yet to enter their details into the portal, the Sun Times reports.

And other major cities are facing similar issues.

In Los Angeles, more than 2,600 employees have said they intended to get a religious exemption, according to the New York Times, and as of last Monday, 24 officers in Seattle have not shown proof of vaccination.

Meanwhile, in New York City, a total of 16,500 employees – or about 30 percent of the agency’s total workforce of 36,000 officers and 19,000 civilians – have refused to get vaccinated ahead of the October 29 deadline to do so, according to Quartz.

Patrick Lynch, president of the Police Benevolent Association said in a statement it will proceed with ‘legal action to protect our members’ rights.’ 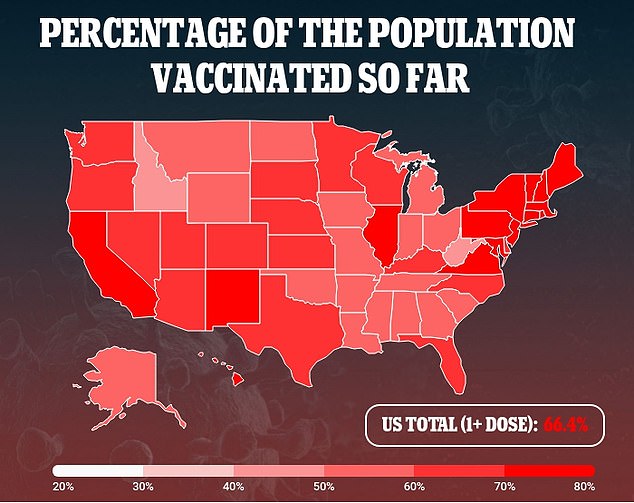 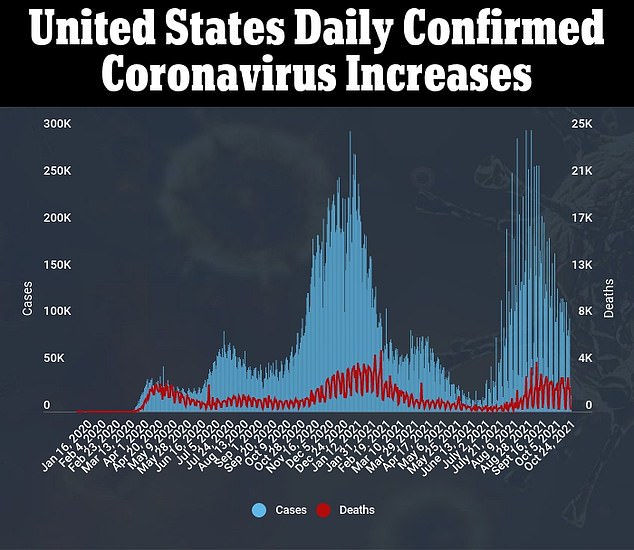 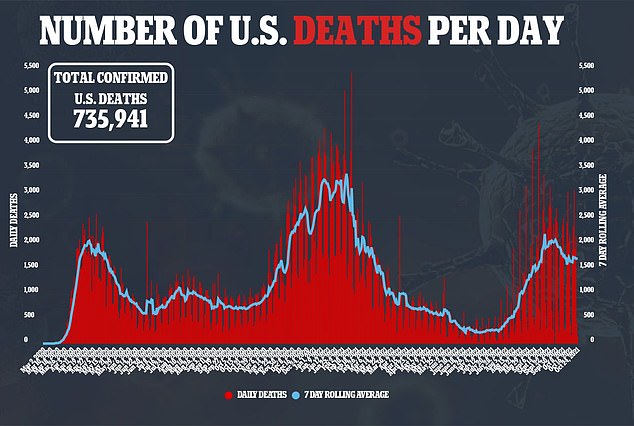 But across the United States, 66.4 percent of eligible Americans have received at least one dose of the COVID vaccine and 57.4 percent are fully vaccinated, according to data from the Centers for Disease Control. 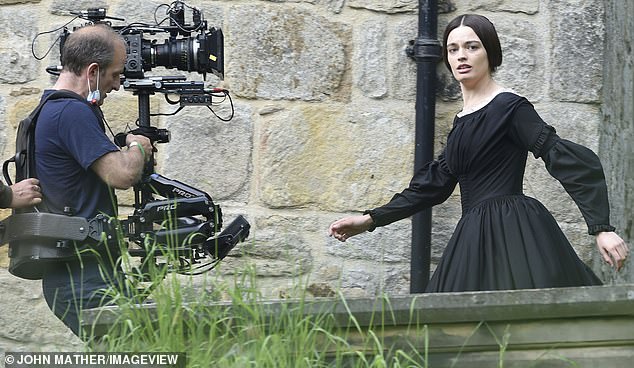 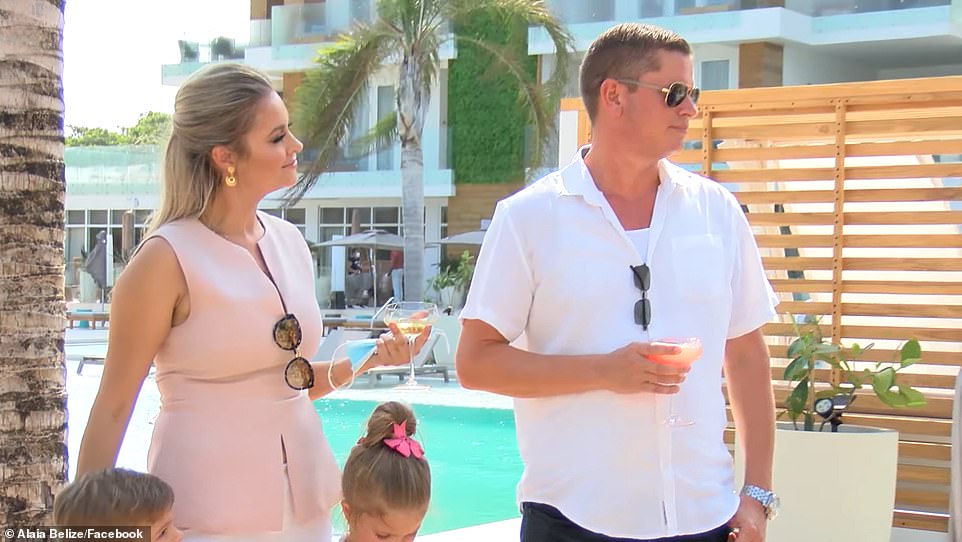 Canadian socialite Jasmine Hartin, 32, is charged with manslaughter by negligence of Belize cop 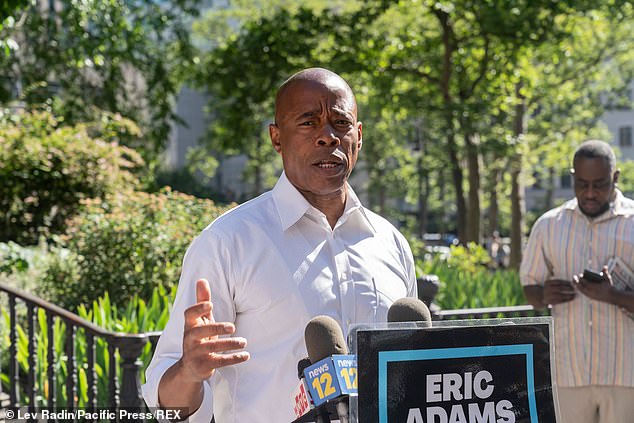 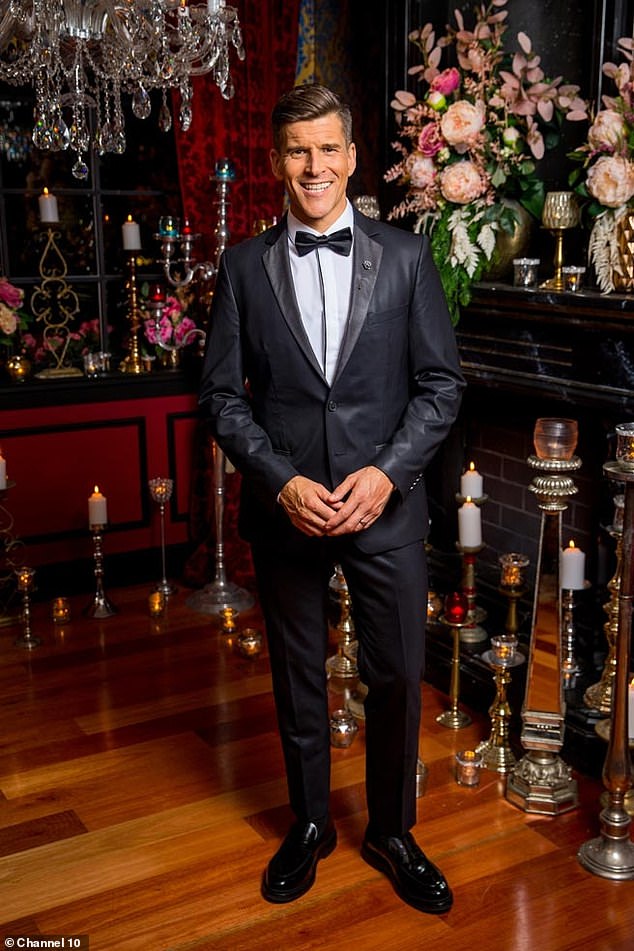