Biden starts St. Patrick’s Day with mass ahead of virtual meeting with Irish Taioseach where he will reiterate US support for Good Friday Accords

President Joe Biden started his St. Patrick’s Day on Wednesday with mass in his home state ahead of his virtual meeting with Irish Taioseach Micheál Martin.

He stopped at the Church of St. Patrick in his hometown, where an Irish flag hung outside to mark the occasion.

Biden, who has Irish roots and is the second Roman Catholic president, will return to Washington D.C. after the service to celebrate the holiday.

In his virtual meeting at the White House, the president will reiterate U.S. support for the Good Friday Agreement, which helped end the violence around whether Northern Ireland should remain part of the U.K. or Ireland. The agreement has come under strain since the United Kingdom voted to leave the European Union.

‘For over twenty years the Good Friday Agreement (also known as the Belfast Agreement) has been the bedrock of peace, stability, and prosperity for all the people of Northern Ireland. The United States continues to support the agreement and its implementation,’ the White House said.

President Biden wished everyone a Happy St. Patrick’s Day as headed back to Washington D.C. after attending mass in Wilmington 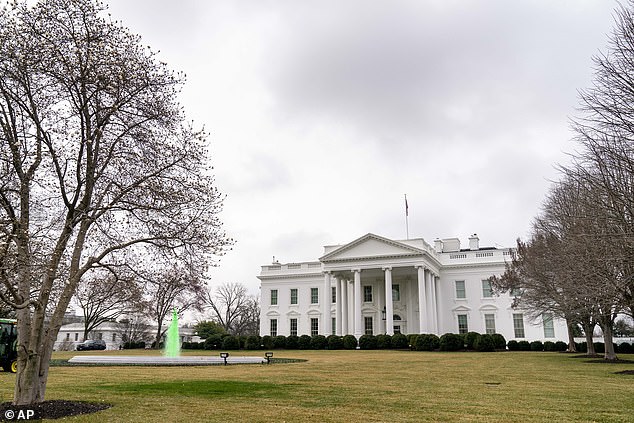 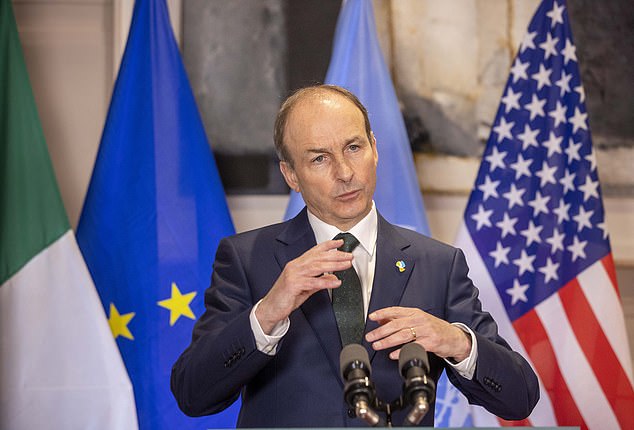 But the celebration of the Irish holiday will take place virtually due to the coronavirus pandemic.

The traditional gift of a bowl of shamrocks was sent ahead to the White House instead of the Taioseach, as the Irish prime minister is called, presenting it in the Oval Office.

‘St. Patrick’s Day is a particularly special event for President Biden given his Irish heritage, and so he is also committed to keeping tomorrow’s events as close to the way that they would appear if we were doing this in person,’ a senior administration official said Tuesday on a briefing call with reporters.

The Irish prime minister has a standing invitation to spend St. Patrick’s Day at the White House. Previous presidents have hosted the taioseach in the Oval Office.

Biden, who’s known for quoting Irish poets in his speeches, visited Ireland as vice president and often talks of his love for his Irish heritage.

Martin has sent a ‘beautiful engraved bowl’ and shamrocks to the White House, the official said, for the traditional Shamrock Bowl ceremony. The ceremony has taken place every year since 1952.

‘We will be able preserve this part of the bilateral meeting and the ties between our countries even though we are doing it virtually this year,’ the official noted.

The White House will be illuminated in green Wednesday evening as part of the celebrations. And the water in the fountains on the North and South Lawn will be dyed green for the day.

Biden and Martin will discuss the coronavirus pandemic and how to support political and economic stability in Northern Ireland.

It is Biden’s third virtual meeting with a foreign leader, following ones with the leaders of Canada and Mexico. 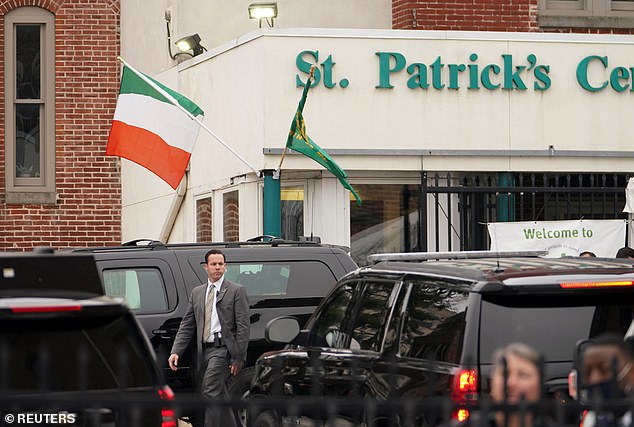 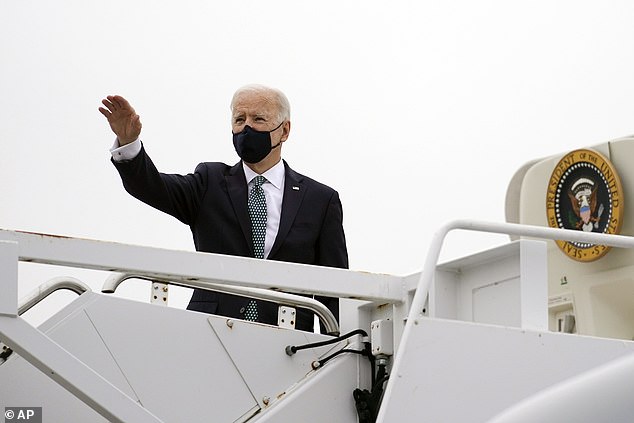 President Joe Biden started his St. Patrick’s Day with mass in Wilmington before his virtual meeting with the prime minister at the White House

‘President Biden will be dropping by that meeting to reinforce US support for the Belfast Good Friday Agreement, as well as peace and stability in Northern Ireland,’ the official said.

Additionally, no decision has been made on the U.S. appointment of a special envoy to deal with Northern Ireland, the person noted.

Harris also will have a virtual meeting with Martin, which will take place of the traditional breakfast the vice president has with the Irish prime minister.

Choosing the right bag for the occasion | Luxury Lifestyle Magazine 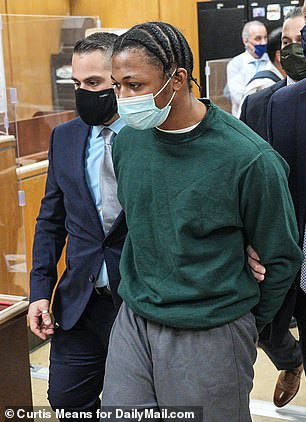 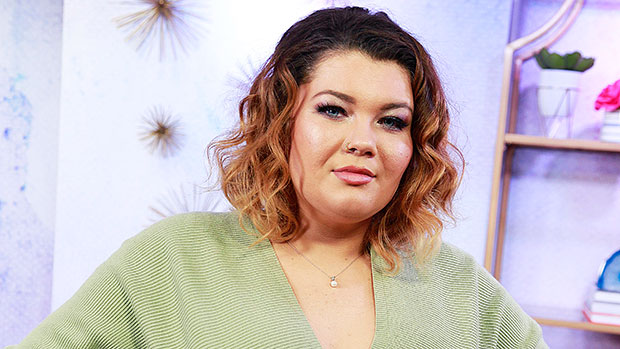 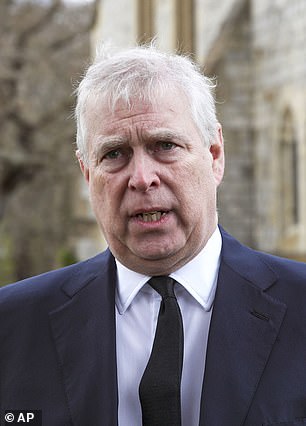 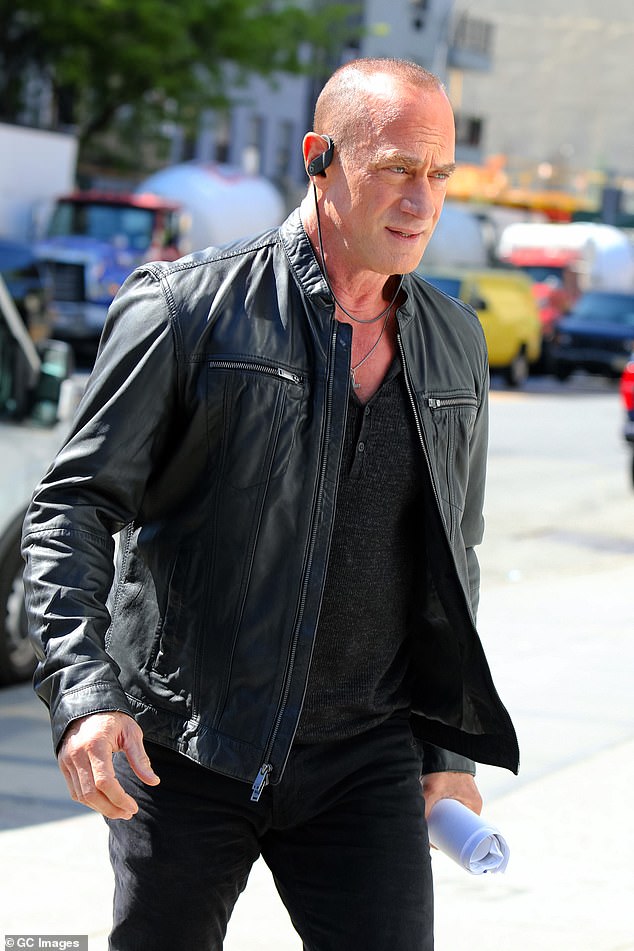 May 13, 2021
Check Also
Close
Recent Stories
Featured Posts
Martha Stewart shades Ina Garten: Drinking ‘to cope with things like the pandemic’ is ‘not charming’
14 mins ago

Female DoorDash driver, 51, is shot dead by robbers in Baltimore
31 mins ago

Bitcoin Price Prediction: BTC/USD May be Limited below $39,500 Level
39 mins ago