Joe Biden takes in magnificent July 4 fireworks display over Washington D.C. on the Truman balcony with Jill, daughter Ashley, granddaughters Naomi, Finnegan and Maisy – but their father Hunter is nowhere to be seen

By Dailymail.Com Reporter And Reuters

President Joe Biden celebrated US Independence Day on Sunday with an upbeat assessment of a country he said is roaring back to post-pandemic life, even if Covid-19 has yet to be fully ‘vanquished.’

After meeting with 1,000 service members, he took in the spectacular 25-minute fireworks display from the Truman balcony overlooking the National Mall with his family by his side.

By his side was First Lady Jill Biden, who was decked out in a white lace Jonathan Simkhi dress. Also with him was his daughter Ashley, who sidled up to her father and shared a tender moment with him before she placed a kiss on his cheek.

Biden’s granddaughters were also close by their side – Naomi, 27, Finnegan, 21, and Maisy all celebrated on the balcony, but their father Hunter was nowhere to be seen.

President Joe Biden celebrated US Independence Day on Sunday with an upbeat assessment of a country he said is roaring back to post-pandemic life, even if Covid-19 has yet to be fully ‘vanquished.’ He appeared on the Truman balcony with granddaughter Finnegan (Beau’s daughter), far left, Jill Biden, and daughter Ashley, second from right. Also with them were Hunter’s daughter’s Naomi, third from right, and Maisy, far right 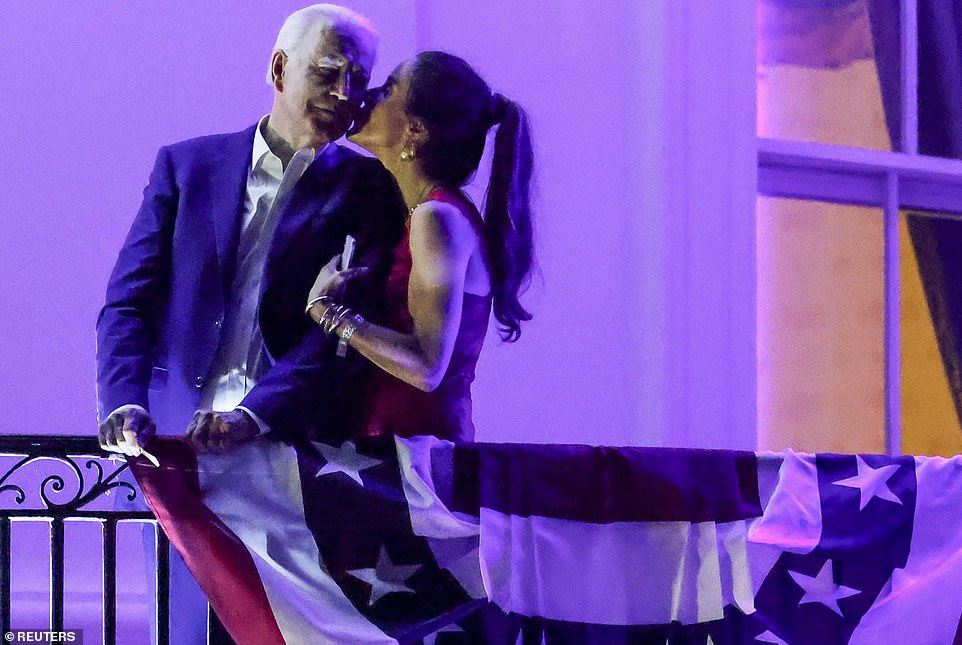 Biden’s daughter Ashley, sidled up to her father and shared a tender moment with him before she placed a kiss on his cheek 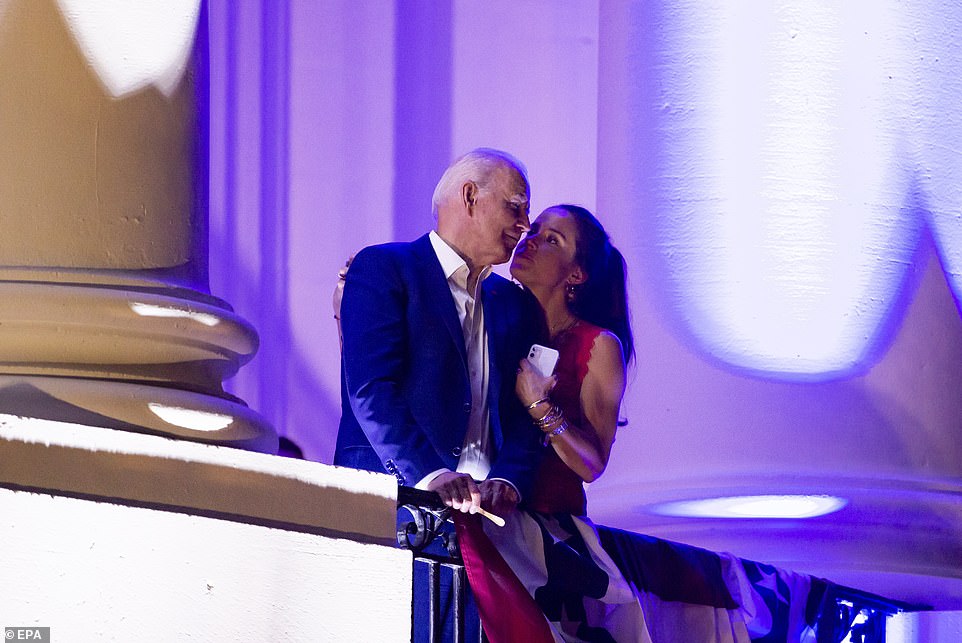 Biden is pictured with his daughter Ashley on the Truman balcony as they share a tender moment during Washington D.C.’s July 4th fireworks display 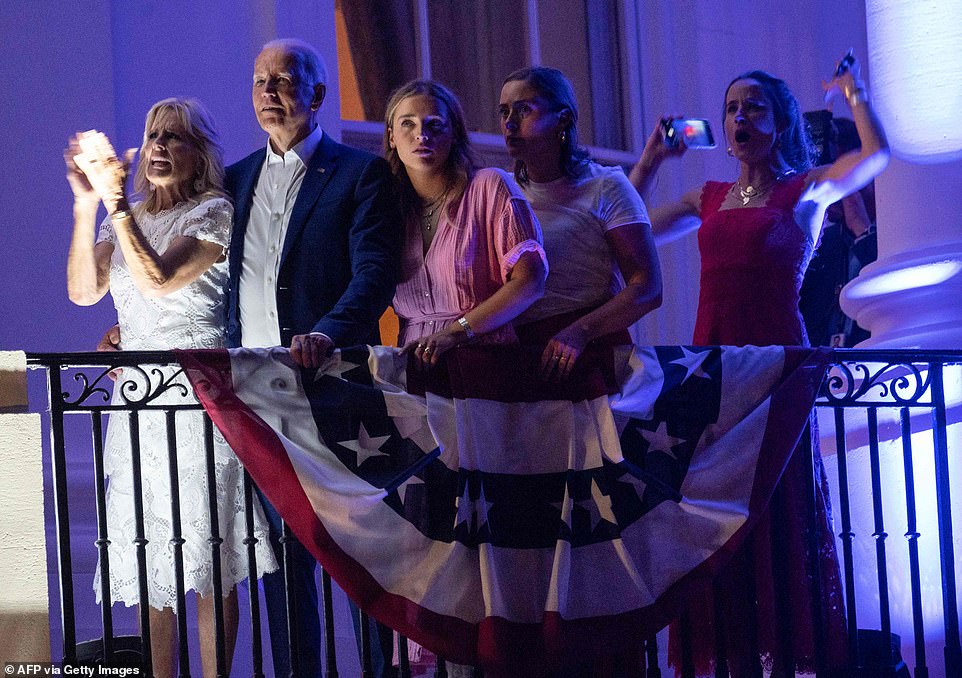 Earlier on Sunday, Biden arrived back in Washington D.C. from a short trip to Wilmington, Delaware . Joining him on the flight were Jill and Finnegan Biden, 21, and her friend.

Ahead of the annual fireworks show, the president hosted a BBQ on the South Lawn of the White House with first responders and military families.

‘It’s the greatest honor to serve as your commander in chief. Thank you for your service and sacrifice,’ the president told the gathered service members.

In an upbeat speech, before the BBQ and the fireworks display, Biden drew a comparison between the declaration of independence from the British Empire in 1776 and today’s rapid recovery from the coronavirus.

‘We’ve gained the upper hand against this virus,’ he said. But he added, ‘Don’t get me wrong: Covid-19 has not been vanquished. We all know powerful variants have emerged, like the Delta variant.’

Biden paid tribute to those who have lost their lives, with the staggering number of deaths in the United States now at more than 600,000. 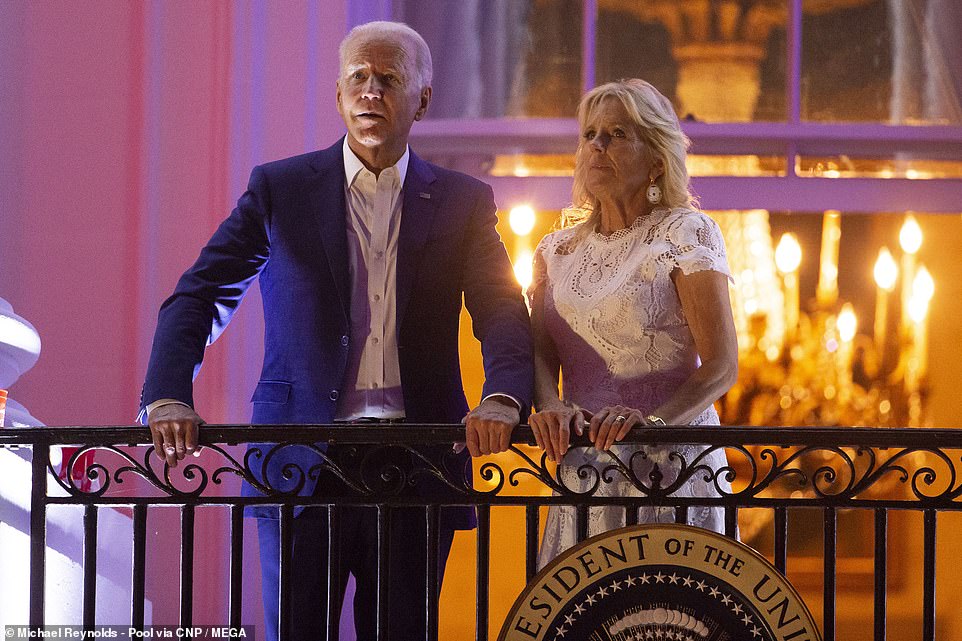 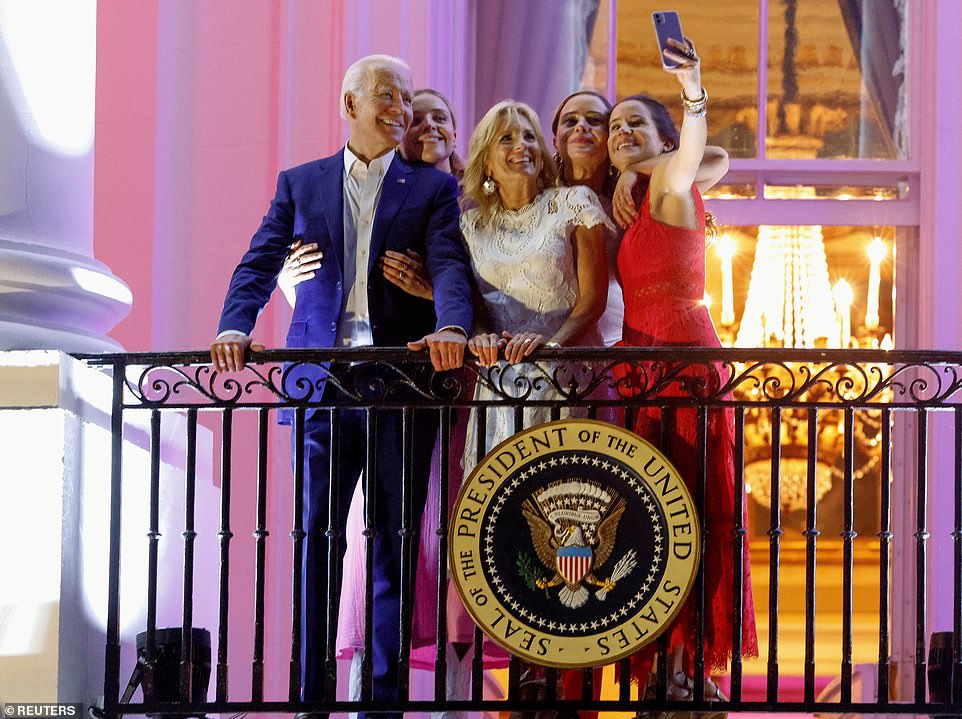 Joe Biden, granddaugther Naomi, Jill, Finnegan and Ashley pose for a selfie on the Truman balcony 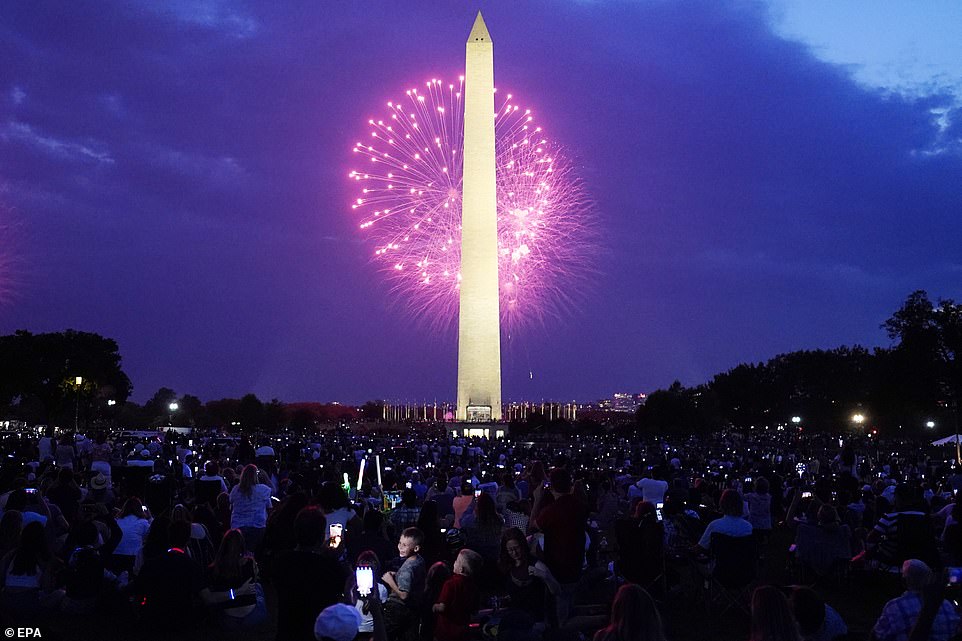 Washington D.C. lit up with a 25-minute fireworks display to celebrate the Fourth of July 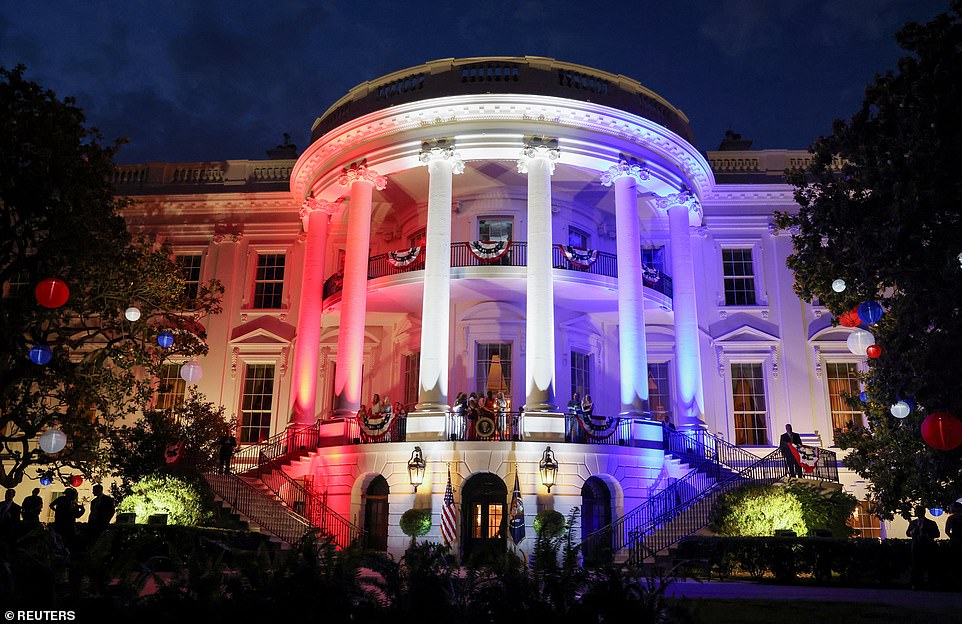 The White House was lit up in red, white and blue to celebrate Fourth of July. The Biden family can be seen in the center of the balcony

But he struck an overwhelmingly optimistic note, suggesting that under his leadership the country was ‘coming back together.’

‘Over the last year, we have lived through some of our darkest days,’ Biden said. ‘We are about to see our brightest future.’ 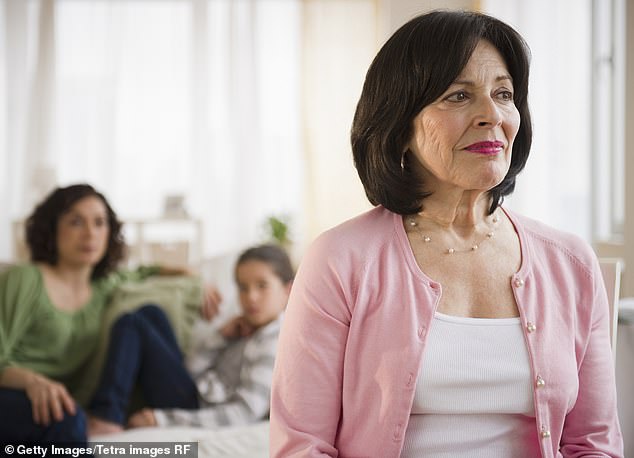 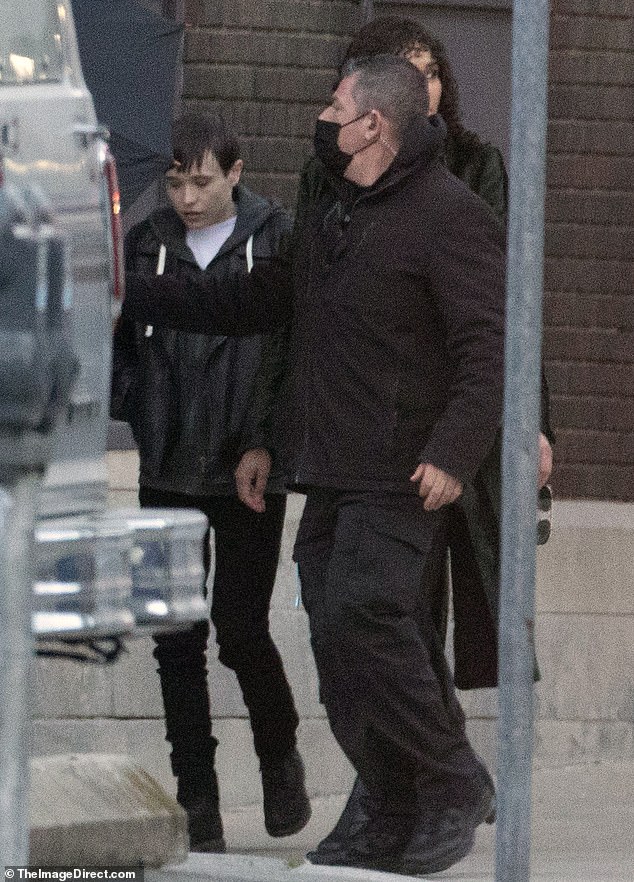 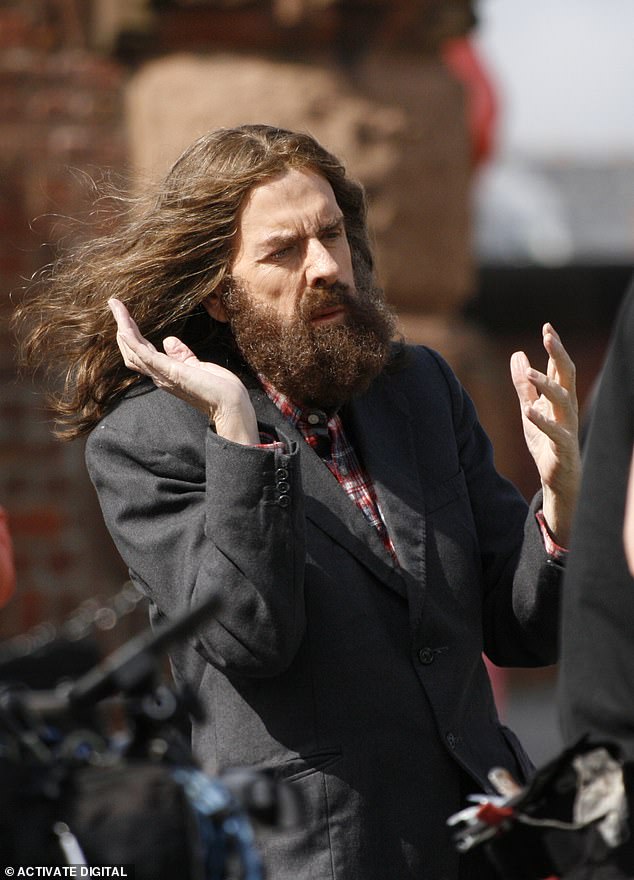 PIERS MORGAN: Alec Baldwin looks culpable of being EP of a chaotic and dangerous sh*t-show
28 mins ago

Chris Harrison is engaged! The former Bachelor host has proposed to girlfriend Lauren Zima
43 mins ago