Her sun-soaked hen party getaway will feature in an ITVBe special titled Jess Wright: The Wedding.

And Jess, 35, along with her younger sister Natalya, 21, proved that celebrations continued to be in full swing as they partied the weekend away in Ibiza on Sunday.

Flashing her bronzed pins in a shimmering white sarong and bra co-ord, Jess fanned herself with a ‘bride’ diamond embellished fan, while donning a pair of shades.

The former TOWIE star had styled her luscious chocolate tresses into twin braids and wore a touch of silver glitter on her cheeks for the afternoon of fun.

Appearing to be in good spirits, the barefoot beauty sported a pair of full-looking eyebrows and her highlighted visage glowed in the sunlight.

Jess’s mini-me Natalya, who was just ten-years-old when her big sister shot to fame on the ITV2 reality show, wore a similar ensemble in black. 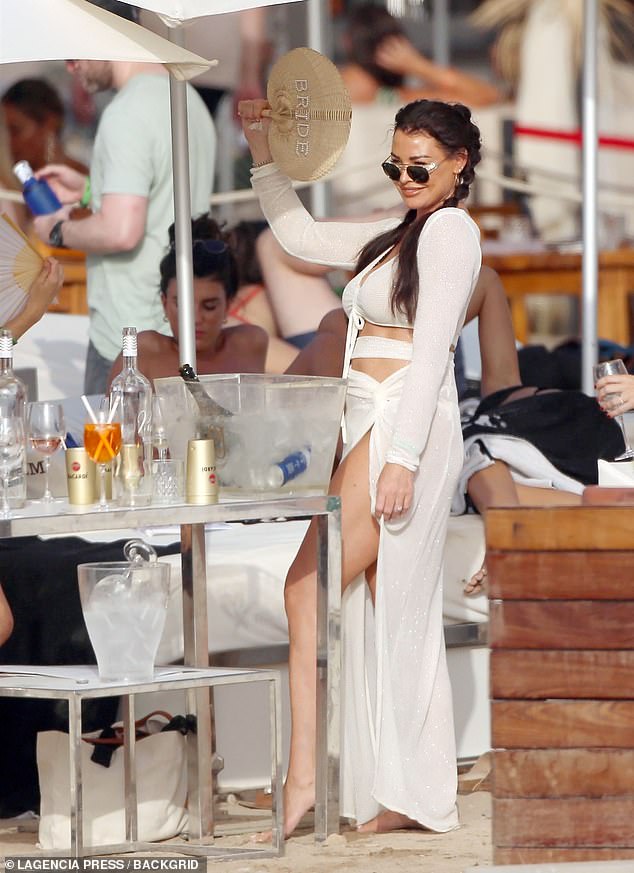 Having a blast: Flashing her bronzed pins in a shimmering white sarong and sleeved bra-top co-ord, Jess fanned herself with a ‘BRIDE’ diamond embellished fan

Appearing to be enamored with her phone, she had slung a gold handbag over her shoulder for the day trip.

The influencer protected her eyes with a pair of gold-rimmed sunglasses, which complemented her chunky hoops in the same colour.

Her dark brown locks had been tied back in a middle parting and she seemed to be wearing minimal makeup.

Joining the pair for the extended hen do are close female friends and family members, including mum Carol, 61. 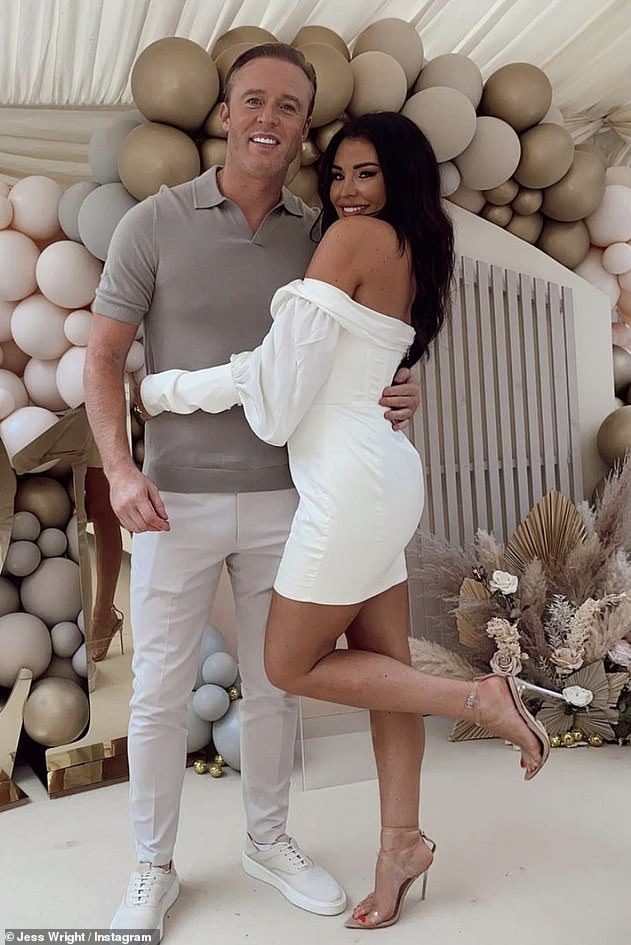 From fiancée to wife! The 90-minute special titled Jess Wright: The Wedding, will chronicle the build up to her big day with fiancé William Lee Kemp, 34

It comes as ITV told MailOnline that filming is well underway for a 90-minute special which will chronicle Jess’s build up to her big day with fiancé William Lee Kemp, 34.

The show, which will likely air in late autumn according to the TV network, will follow Jess’ journey to the altar as she and William set about staging their dream wedding, a star studded event on the paradise island of Mallorca.

Having already delayed their nuptials once already, and with travel restrictions constantly changing due to Covid-19, there is much for the pair to navigate. 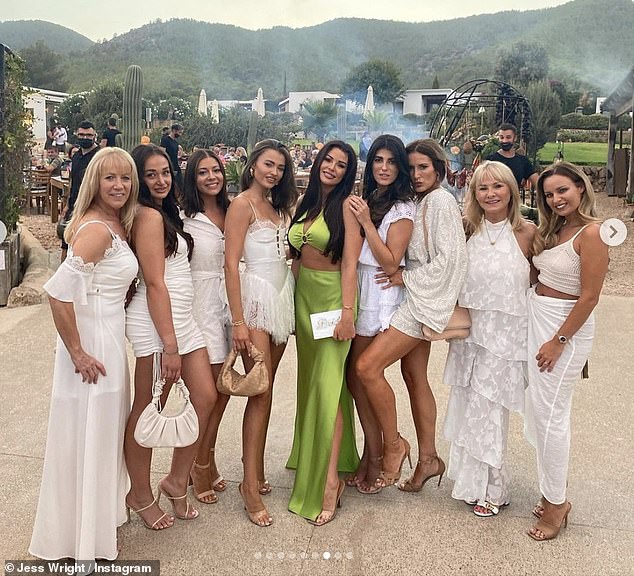 Last hurrah! Jess is currently in Ibiza on her hen do with close female friends and family members including her sister Natalya, 21, and mum Carol, 61

William popped the question on the snow capped peaks of Courchevel, France, in February 2020 after 13 months of dating.

Jess previously told Hello! that her sister-in-law Michelle Keegan, the actress wife of her brother Mark, would be one of the bridal party, as well as her sister Natalya.

TV personality Mark, 34, who tied the knot with Michelle in 2015, has been drafted in to serve as the master of ceremonies on his sister’s big day. 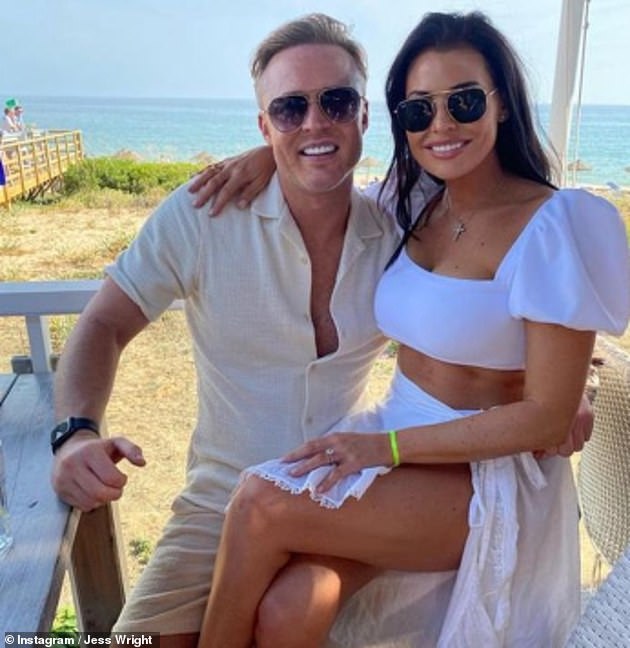 Loved-up: Jess recently admitted she and William had considered scrapping plans to exchange nuptials in Mallorca and have a smaller ceremony in England due to the pandemic

Afghanistan crisis: How Joe Biden ignored Pentagon warnings the Taliban would take over 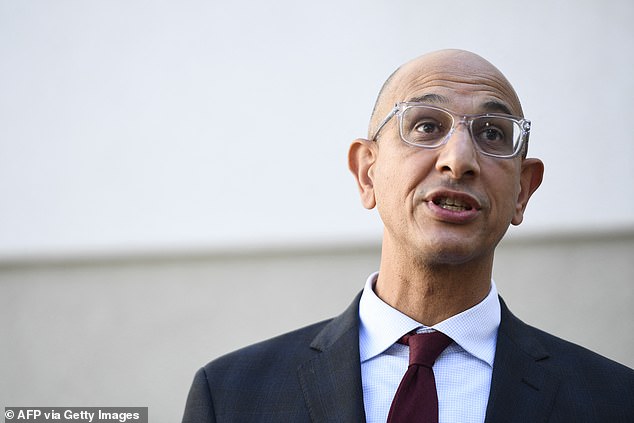 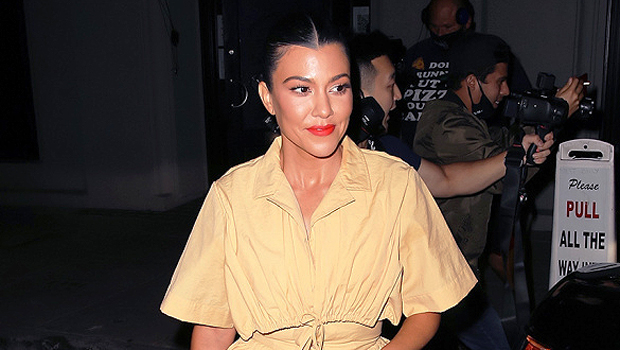 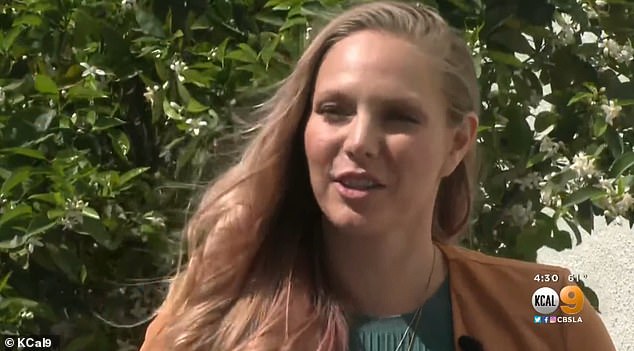 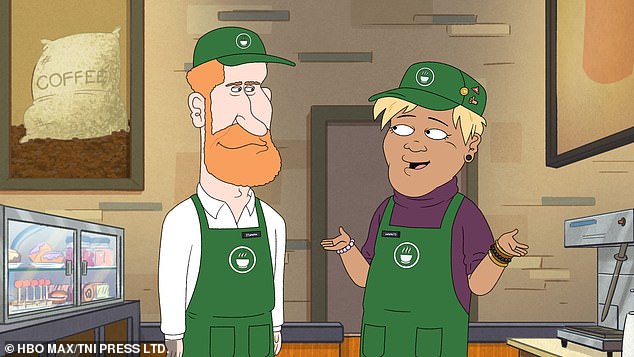 Prince Harry gets a taste of real life in The Prince