Amazon founder and outgoing CEO Jeff Bezos will fly into space with his brother Mark on the Blue Origin New Shepherd spacecraft next month, beating billionaire space-sector rivals Elon Musk and Richard Branson to the punch.

Bezos will fly to the edge of space along with his brother Mark, and the winner of an auction who will have paid at least  $2.8 million (£1.98 million) for their seat.

The passengers will spend at least 10 minutes floating in zero gravity inside the capsule during the suborbital sightseeing trip.

Blue Origin named the New Shepard program after astronaut Alan Shepard, who was the first American to fly into space exactly 60 years ago.

The flight will mark a huge milestone in the mission to send paying customers to the edge of space – an industry known as ‘space tourism’, that also includes Branson’s Virgin Galactic and Musk’s SpaceX.

Blue Origin, founded in 2000, touts itself as means to provide cheaper access to space through the use of reusable rockets-  specifically the New Shepard that has flown 15 times already 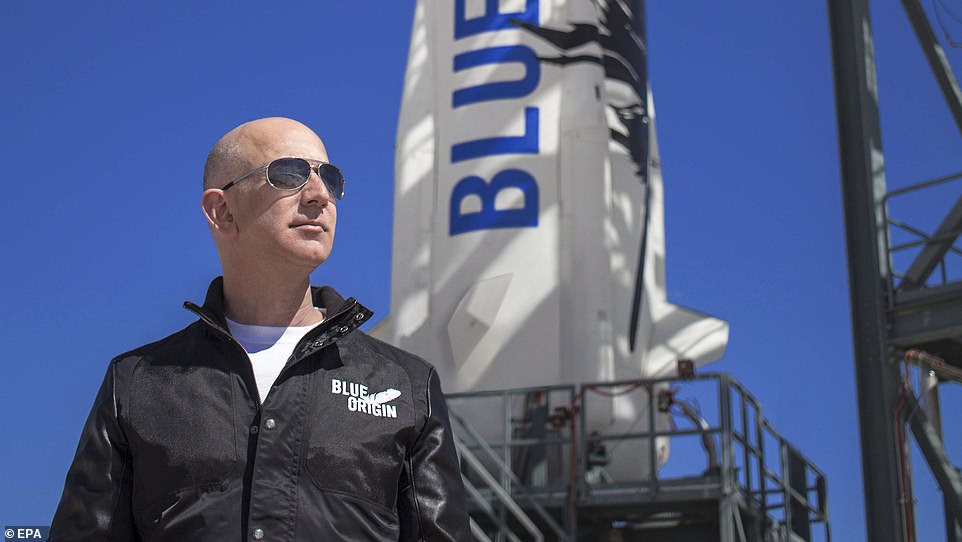 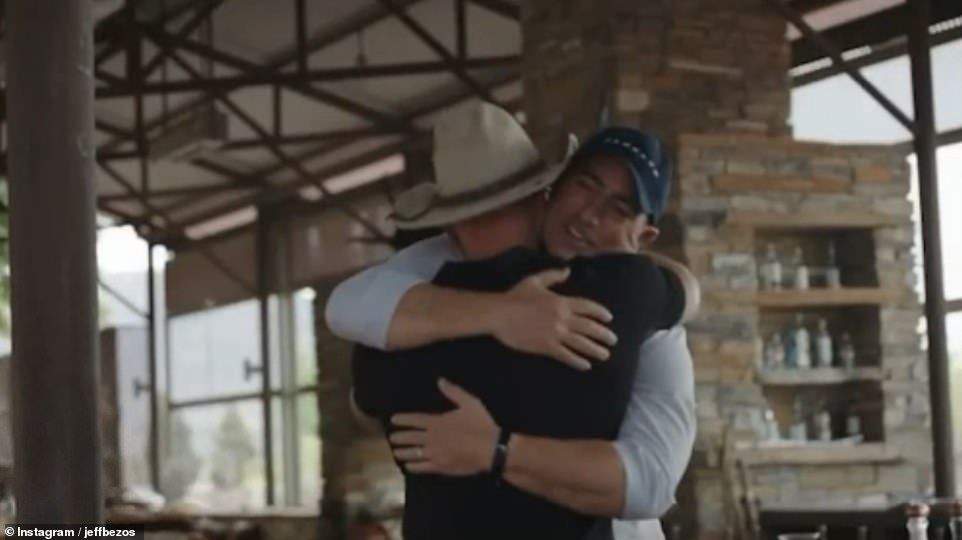 WHO IS JEFF BEZOS?

Jeff Bezos is best known as the founder and CEO of online giant Amazon.

Born in New Mexico in 1964 and raised in Houston, Texas, he went on to attend the prestigious Princeton University and graduated in 1986.

After a decade or so of work on Wall Street, Mr Bezos founded his own company in 1994.

He initially called his company Cadabra, and then reportedly changed the name to Amazon when a colleague misheard it as ‘cadaver’.

Initially, it was launched as an online book store working out of Bezo’s garage in Seattle but rapidly grew to include a variety of goods and services.

Now, Amazon is one of the biggest companies in the world and the most successful website in the world.

He has bought and accumulated a variety of different companies and outlets including Whole Foods, The Washington Post, Twitch and IMDB.

On February 2, 2021, Bezos announced that he would step down as the CEO of Amazon.

‘Ever since I was five years old, I’ve dreamed of traveling to space,’ Bezos posted to his Instagram account where he announced he would fly to space.

‘On July 20th, I will take that journey with my brother. The greatest adventure, with my best friend.’

The flight date is just 15 days after Bezos resigns as CEO of Amazon, a company he founded in his garage in 1994.

In a short video announcement, he said: ‘I want to go on this flight because it’s a thing I’ve wanted to do all my life. It’s an adventure. It’s a big deal for me.’

Sir Richard Branson, founder of the other major sub-orbital space tourism operator, Virgin Galactic, is set to fly to the edge of space later this year.

SpaceX is set to launch the world’s first all-civilian space mission, called Inspiration4, on September 15 this year – but will go further than either Virgin Galactic or Blue Origin as they will orbit the Earth.

It will feature a four-person team, launched on a Crew Dragon spaceship atop a Falcon 9 rocket, under the command of billionaire CEO of Shift4 Payments Jared Isaacman.

The other three on-board will be Sian Proctor, a community college educator in Arizona, Chris Sembroski, a former Air Force missileman from Washington, and Hayley Arceneaux, a physician assistant at St. Jude Children’s Research Hospital in Tennessee.

Dubbed Inspiration4, the mission is designed primarily to raise awareness and support for the pediatric cancer centre, which successfully treated Arceneaux for bone cancer when she was a child.

Virgin Galactic, meanwhile, is aiming for commercial operations aboard its VSS Unity spacecraft to begin next year, following testing and several months of downtime for maintenance and other upgrades. 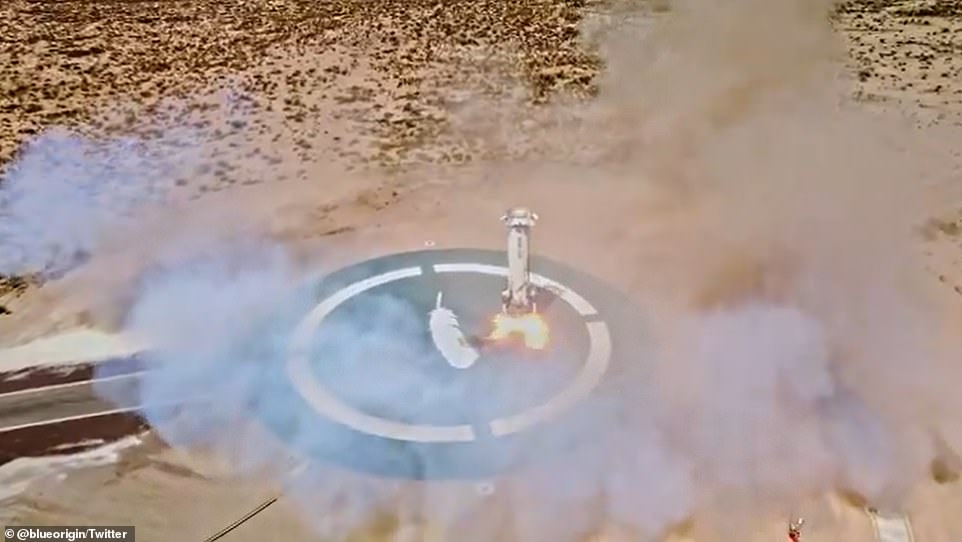 Bezos will fly to the edge of space along with his brother Mark, and the winner of an auction who will have paid at least $2.8 million (£1.98 million) for their seat 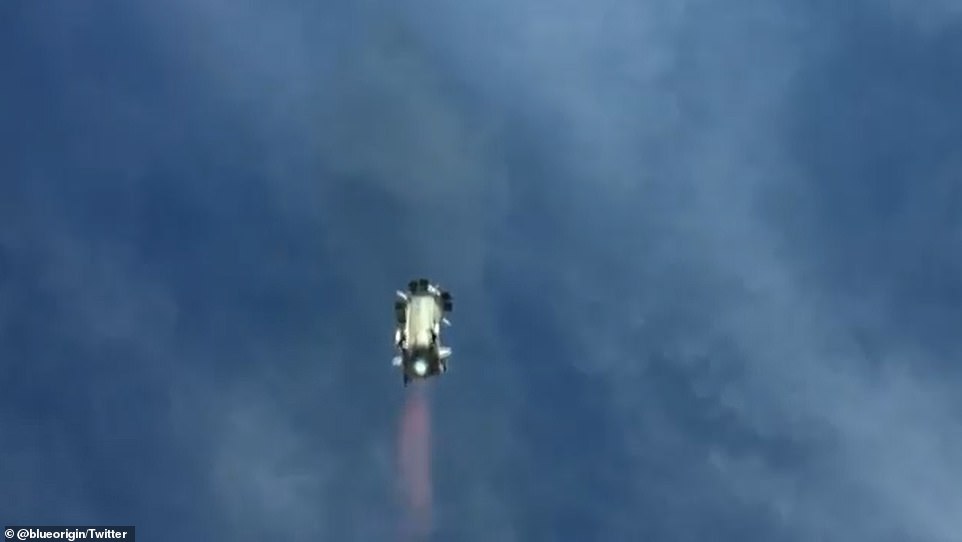 Blue Origin named the New Shepard program after astronaut Alan Shepard, who was the first American to fly into space exactly 60 years ago

That testing will include a flight that will take Branson to the edge of space, currently scheduled to happen this year.

Virgin is expected to charge more than $250,000 for new reservations but has not announced final pricing. Sales will reopen following Branson’s flight.

The two Bezos brothers will be part of a crew of six on New Shepard, along with the highest bidder from the public auction. The remaining places will be taken by Blue Origin staff. 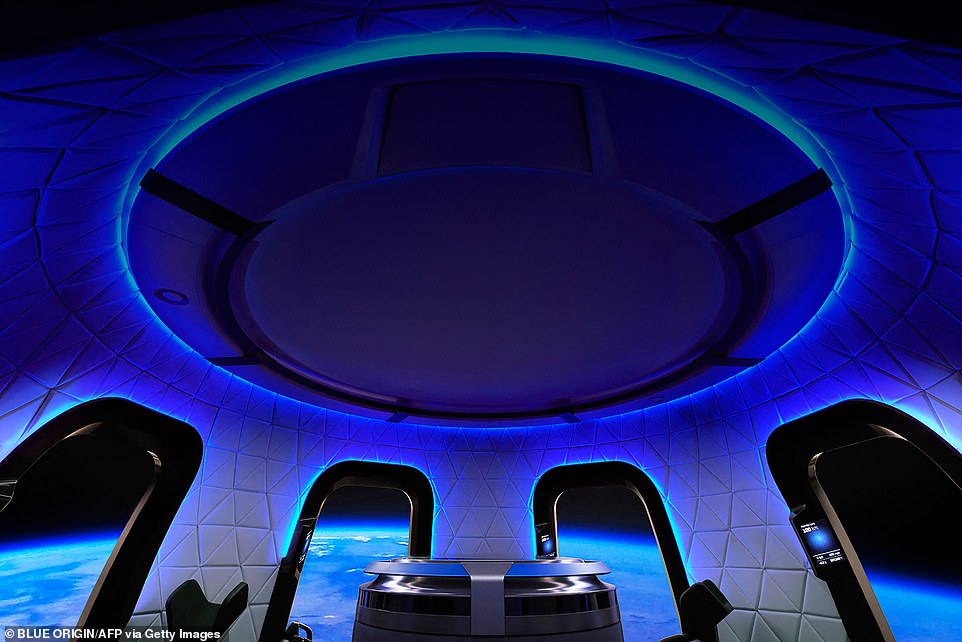 ‘On July 20th, I will take that journey with my brother. The greatest adventure, with my best friend,’ said Bezos 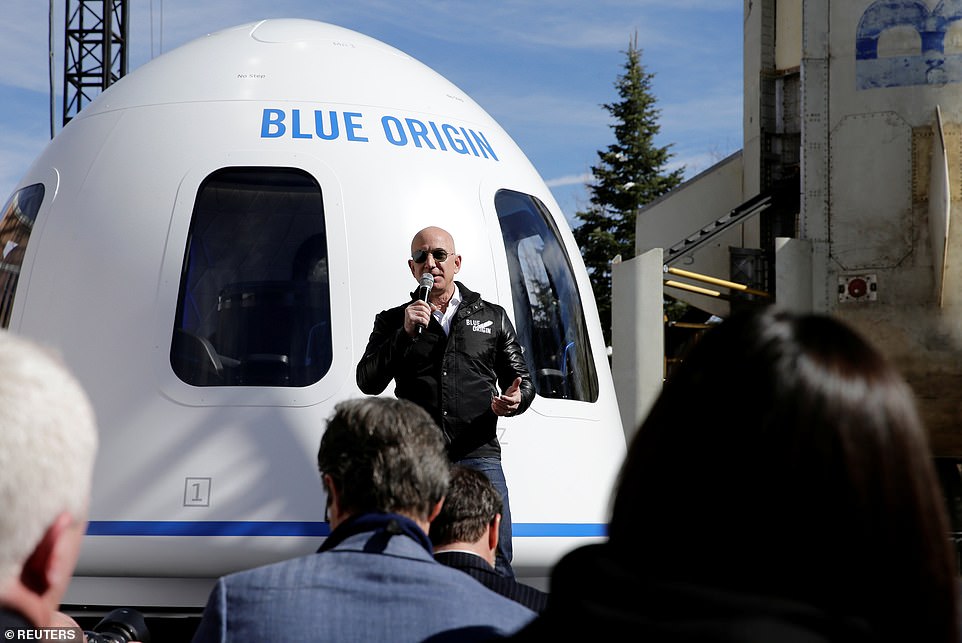 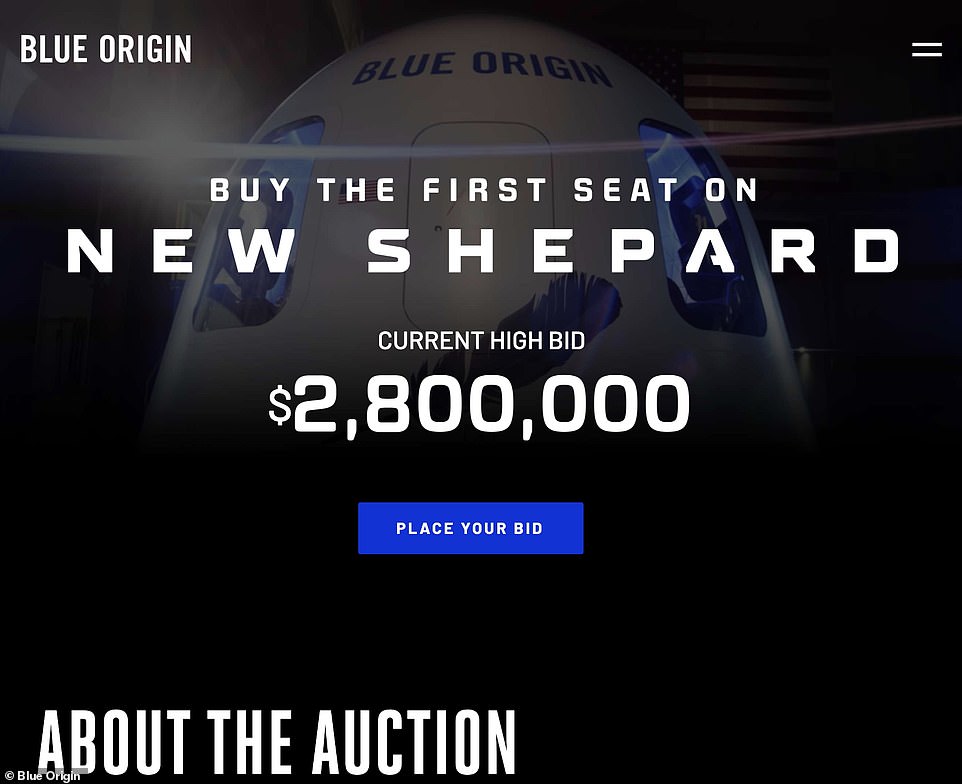 The highest bid to ride on the New Shepard rocket is now $2.8 million, as shown in this shot of Blue Origin’s website

According to the company’s website, the highest bid from the public for the exclusive spot is $2.8 million (£1.98 million). It has stayed at this figure since the end of May.

Blue Origin closed the first round of the auction last month and said it had received more than 5,200 bidders from 136 countries, without disclosing the highest bid from the round. 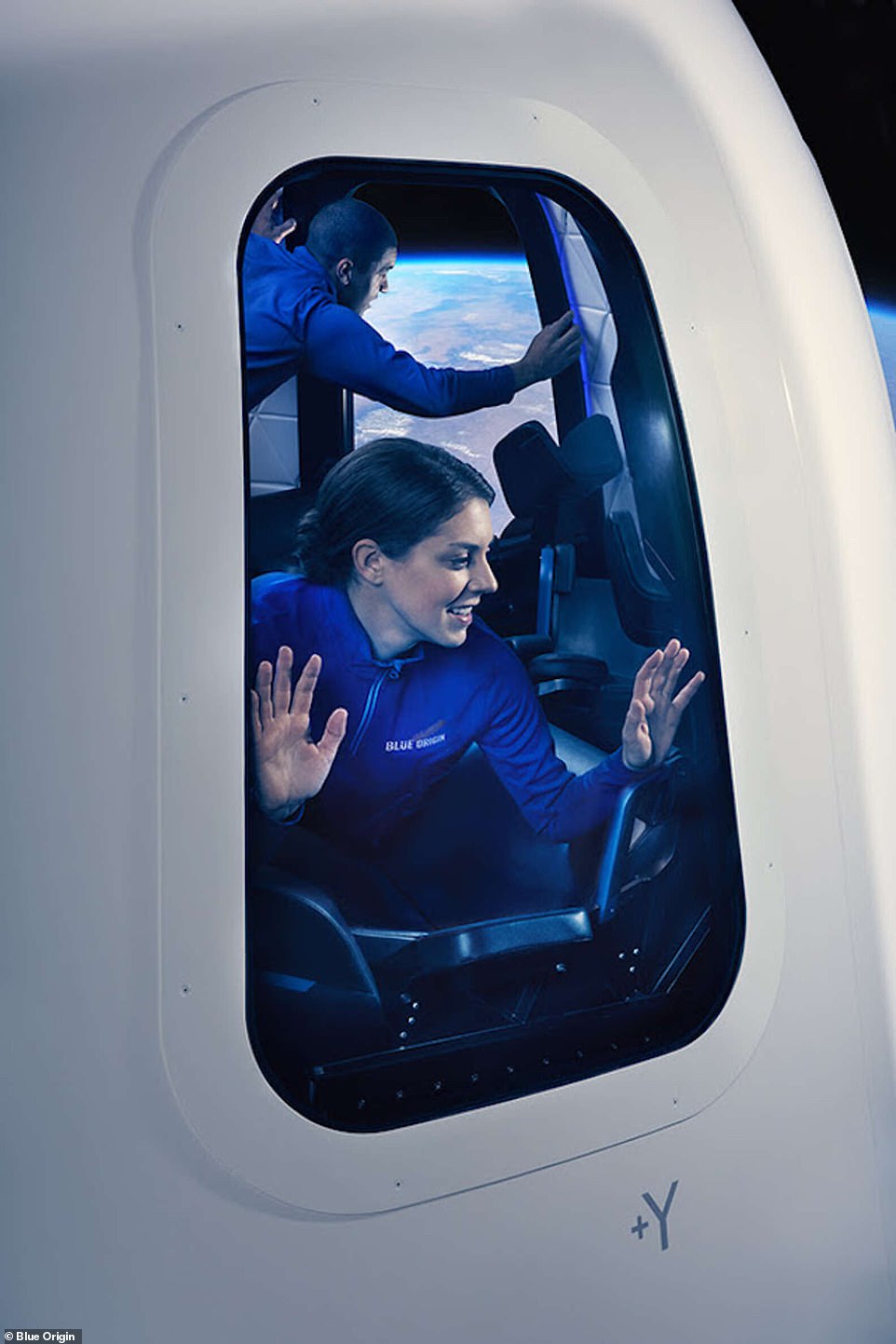 Until June 10 (the second phase), the bidding will occur unsealed and online for everyone to see. Bidding concludes on June 12 with a live online auction.

The winning bid amount will be donated to Blue Origin’s foundation, Club for the Future, to inspire future generations to pursue careers in STEM and help invent the future of life in space.

Blue Origin touts itself as means to provide cheaper access to space through the use of reusable rockets – specifically the New Shepard, which has already flown 15 times. 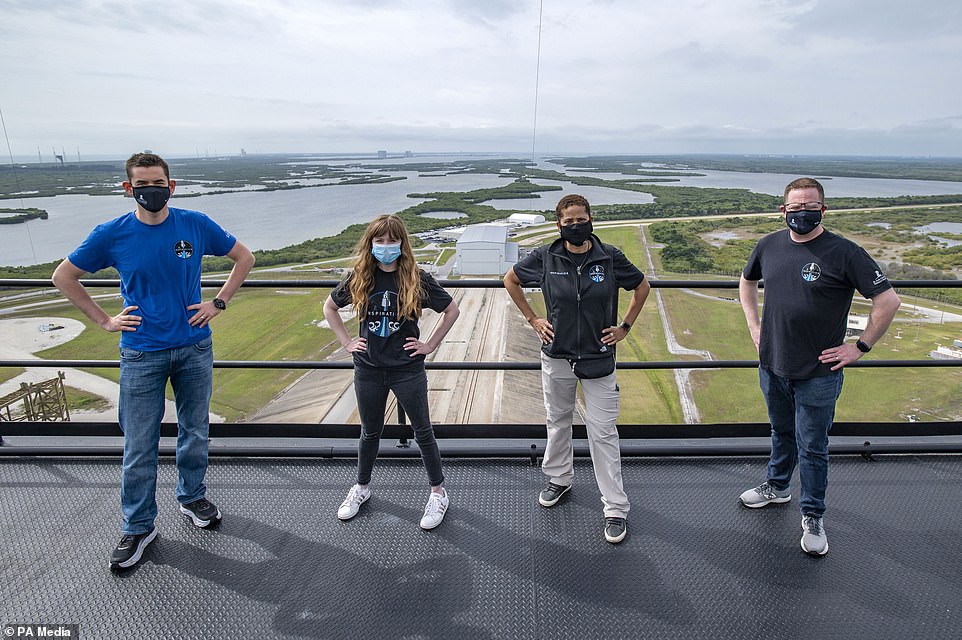 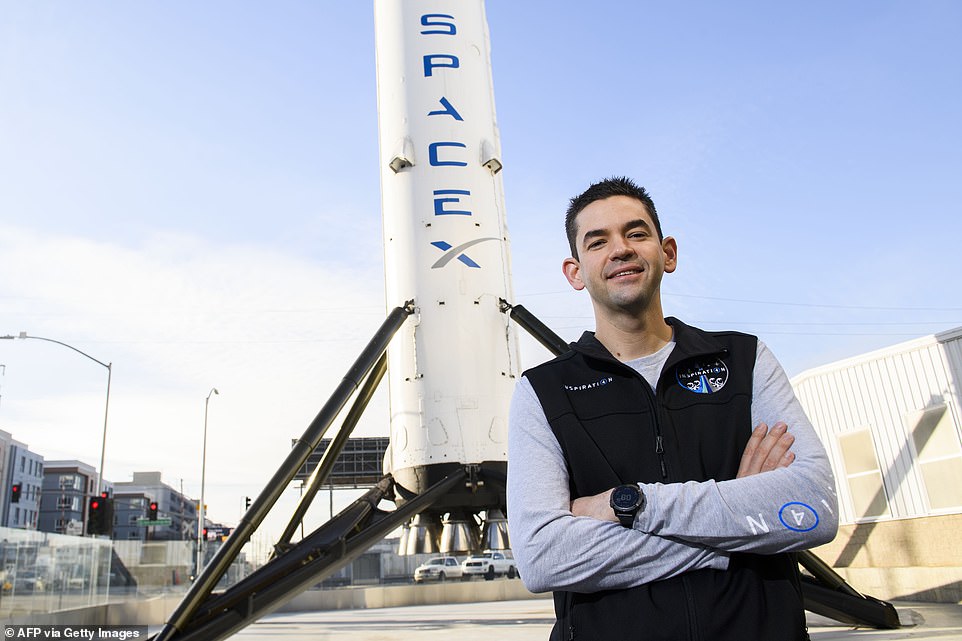 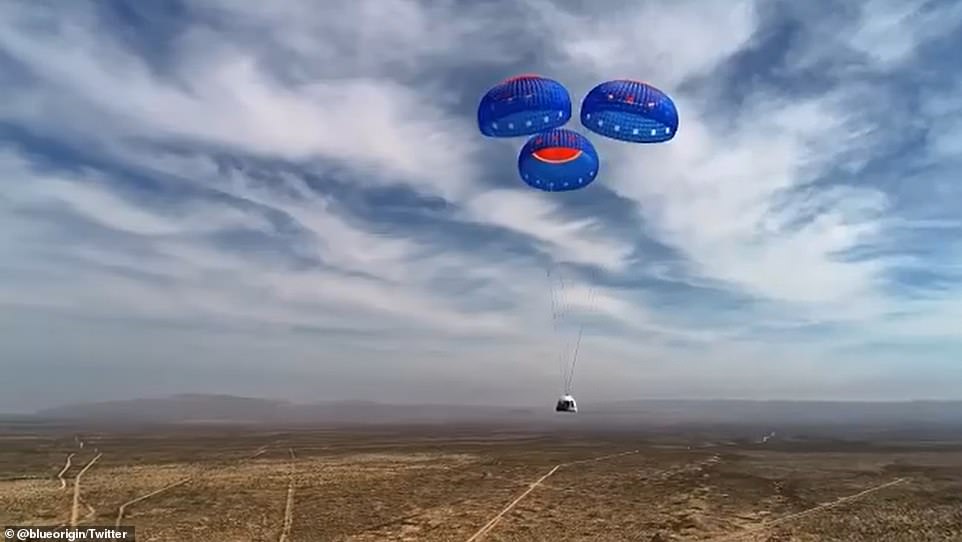 They are gradually moving from suborbital to orbital flight in an incremental way and will launch humans to space on July 20.

Bezos will be on that first crewed flight along with his brother Mark, the winner of an auction, and three members of Blue Origin staff.

Bezos has announced they are also working on New Armstrong, after the first man on the Moon, Neil Armstrong, although no details have been revealed.

This is similar to the mission of SpaceX, which has already moved on to orbital and larger format rockets and successfully launched astronauts to the space station.

The Blue Origin New Shepherd rocket’s sole mission is to take tourists to space, who would travel inside a sleek, white capsule atop the vehicle.

The capsule is designed with the iconic Blue Origin feather across the exterior and inside are six reclining seats that mirror those inside a helicopter.

Blue Origin’s grand plans are to send tourists who pay vast amounts of money 62 miles above Earth’s surface as they float in orbit.

At this altitude, passengers will experience weightlessness due to the zero gravity and see the curve of the planet with the darkness of space as the backdrop.

This is similar to the mission profile of Virgin Galactic, which, instead of launching its spaceship from the ground on a large rocket, flies up 44,000ft on a mothership, is released and then fires rockets to travel up to about 60 miles altitude.

Bezos has bigger ambitions for Blue Origin, with the New Glenn rocket currently scheduled for launch in 2022, it is a two stage launch vehicle enabling heavier lift launches to orbit and even reach the moon.

The firm are also working on New Armstrong, named after the first man to walk on the Moon, but haven’t unveiled any specific details about the rocket.

Speculation is that it will have a larger profile than New Glenn, able to carry more.

Unlike Musk, whose very public goal is to make humanity a multi-planetary species with bases on Mars by 2050, Bezos is a supporter of larger space stations with artificial habitats, which could be one of the reasons for the rumoured development of the larger New Armstrong rocket.

Jeff Bezos is the richest man in the world and Blue Origin has successfully used a single New Shepard Rocket six times.

Crewed missions for astronauts or tourists have yet to be announced.

SpaceX appears to be leading the way in the billionaire space race with numerous launches carrying NASA equipment to the ISS and partnerships to send tourists to space by 2021.

Musk hopes this will provide an interconnected web of satellites around Earth which will beam down free internet to people all around the world.

Richard Branson and Virgin Galactic are taking a different approach to conquering space.

It has repeatedly, and successfully, conducted test flights of the Virgin Galactic’s Unity spaceplane.

The billionaire mogul has previously said he expects Elon Musk to win the race to Mars with his private rocket firm SpaceX.

It climbs to 50,000ft before the rocket engine ignites. SpaceShipTwo separates from its carrier craft, White Knight II, once it’s passed the 50-mile mark.

The spaceship will then make a sub-orbital journey with approximately six minutes of weightlessness, with the entire flight lasting approximately 1.5 hours. 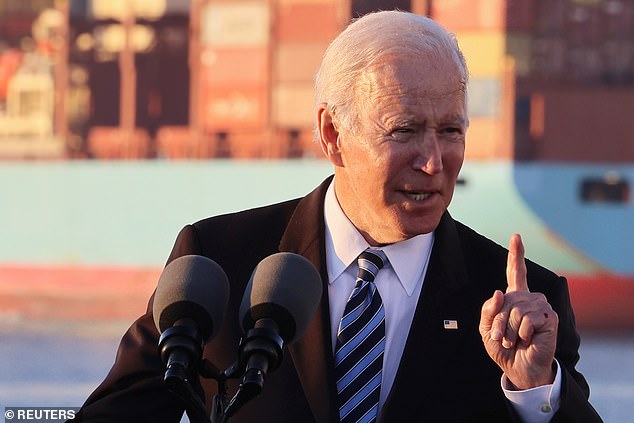 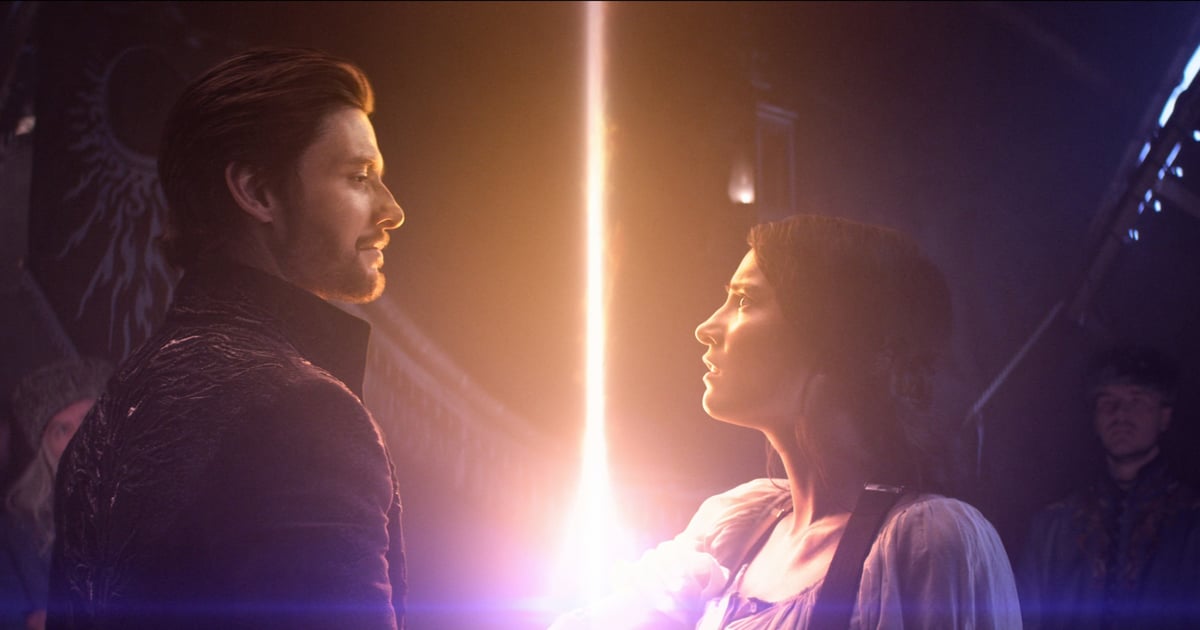 Finished Shadow and Bone Already?! Here’s What to Add to Your Queue Next 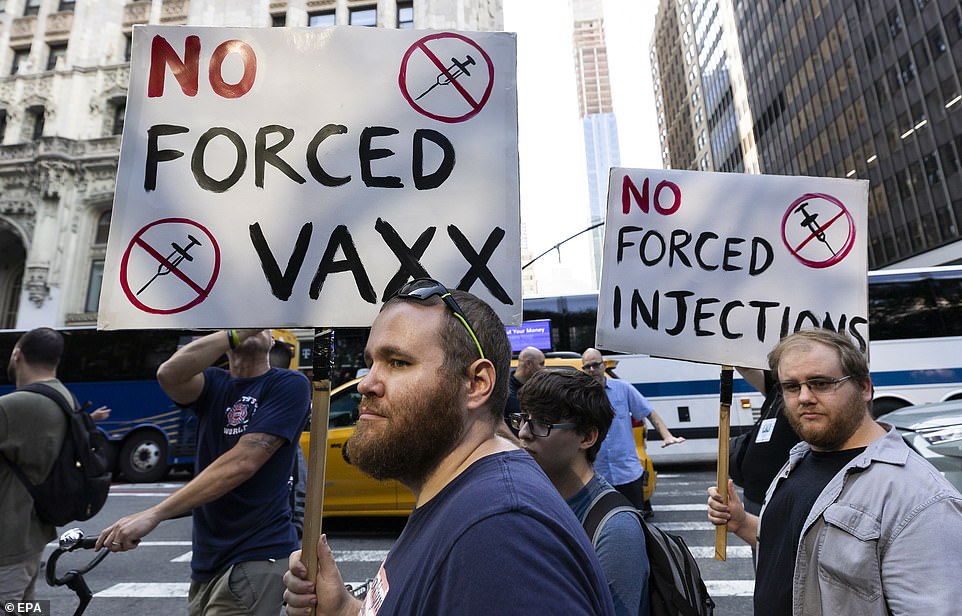