I grew up seeing little-to-no representation of Latinxs in television or film. “West Side Story,” despite its inaccurate and stereotypical depiction of the Puerto Rican community, was one of my favorite films growing up because it was one of the few films where I saw any Latinx actors (even though there were very few actual Latinx actors in the film) or reference to the Latinx community at all. (A lot of folks had their opinions about the casting of Natalie Wood, the white actress who played Maria, and rightfully so.) I was always a lot more focused on the character Anita played by the now-iconic Rita Moreno. It might have been a supporting role, but Anita stole the show for me. So when the casting for Steven Spielberg’s remake of the film was officially announced, I was a lot more concerned about who was going to play Anita than who was going to play Maria. When I learned that the role was given to none other than Broadway star Ariana DeBose — a beautiful, talented, and dark-skinned Afro-Boricua — I was thrilled. I hadn’t even seen the film yet, and I was already feeling optimistic about it. Elementary school me would have never in a million years imagined the character of Anita being played by a Black Latina.

When Lin-Manuel Miranda‘s film adaptation of his Broadway hit “In The Heights” was first announced, many of us in the community were hyped — Dominicans especially. Never before had we seen a mainstream Hollywood film center the Dominican community of Washington Heights. But what we hoped this film would be versus what it actually delivered were two very different things. The uptown community of Washington Heights is the largest community of Dominicans outside of the Dominican Republic, with many being Afro-Latinx or at least of African descent. If you take a visit to the neighborhood, you’ll see mostly dark-skinned and brown-skinned Dominicans. But that wasn’t at all reflected in the film. “In The Heights” received a ton of backlash and criticism from the community because of its lack of dark-skinned Afro-Latinx representation. Sure, there were background dancers and extras with dark complexions, but this was an opportunity to cast darker-skinned Afro-Latinxs in lead roles. If there was a film that had an opportunity to get this right, it was “In The Heights,” which severely missed the representation mark.

I want to believe that after the “In The Heights” fail and the many problematic aspects of the original “West Side Story,” Spielberg and Tony Kushner were determined to get the “West Side Story” remake right. Not only did a dark-skinned Afro-Latina get to play Anita, but DeBose playing this role even inspired plot lines that revolved around colorism in quite a few scenes.

DeBose has admitted in interviews that she initially turned down the “West Side Story” role four times because she didn’t want to play Anita unless she was able to address how being a Black Latina affects her perception of the world.

“It was very important for me from the jump that we address it. It’s something I brought up in my audition,” DeBose told POPSUGAR in a previous interview. “And I said to Steven [Spielberg], ‘You know, if you’re not willing to explore and acknowledge this identity in the context of the script, then I don’t think you should hire me. Perhaps I’m not the girl for you.’ Because it’s so rare that you see an Afro-Latina this integral to the plot, playing a leading role. She’s supporting, but she’s very important to everything that’s going on in this community, and she really packs a punch by the end of this thing.”

There’s one scene in particular where Bernardo suggests to his girlfriend, Anita, that she’s not really part of his family, despite the fact that the two were living in the same apartment with his younger sister, Maria, and contributing towards the rent and living expenses. Anita quickly puts him in his place and asks him if he doesn’t consider her part of the family because she is “prieta,” a word often used in a derogatory way (depending on what part of Latin America you’re from) to insult or demean Black people or someone with darker skin. DeBose wanted to use this term as an opportunity to touch on not just the racism and discrimination that Latinxs experience in the US, but also the colorism that exist within Latinx communities — especially towards darker-skinned Afro-Latinxs.

“I loved the inclusion of the term ‘prieta’ because it is very specific to the community. It’s a very specific word. Colorism is very real, and we never talk about that in the entertainment industry,” DeBose told POPSUGAR. “It was really nice to feel heard. This was a very inclusive set. That is one of the examples of how this lived experience was not only received, but allowed to inform the character and what it actually meant to the plot. Because you also see it reflected in the interactions with Lieutenant Schrank. He says some really nasty things to her in that moment — it’s freaking rude. There are microaggressions. That’s something we experience every day. Our lived experiences are invalidated every day, so it was nice to feel affirmed that we are not crazy and that microaggressions are real, and that’s what I have to say about that.”

As a journalist, I find myself constantly having to defend my work in prioritizing positive Latinx representation in media. In 2022, I still need to explain to people — even to other Latinxs — why this matters, especially when it comes to darker-skinned BIPOC communities. We live in a world where, for centuries, we’ve been conditioned to believe that the lighter the color of your skin, the more valuable you are as a human. Even as brown and Black people, we’ve been conditioned to believe that darker skin is associated with lack of beauty, lack of education, lack of class, lack of wealth, lack of success, and lack of value. Even in my own community, in my own family, I still hear comments about the skin tone, hair textures, and facial features of newly born Latinx babies. I still witness lighter-skin babies with straighter hair textures and more Eurocentric features being treated better than their darker-skinned siblings or cousins. This very much still happens in our communities today. Regardless of the intentions or whether people are even cognizant of their actions or not, it doesn’t change the impact it will have: not just on those darker-skinned children, but on society overall.

When you grow up in a world that tells you this and then don’t see anyone that looks like you positively reflected in mainstream media, film, or television, you start to believe that the lies that you’ve been told could actually be true. But when you see people that look like you depicted positively in lead roles, it can have a positive impact on how you perceive yourself. It also impacts the way that society perceives and treats you. There is true value in inclusion. Exposure to negative representations or lack of representation can deeply impact one’s sense of self, especially if you’re a child still figuring out who you are and where you fit in. Think about the “doll tests” that took place in the 1940s, where a larger majority of young Black girls showed preference to white baby dolls versus Black ones. That preference didn’t come out of nowhere. It was a direct result of the impact of segregation and not seeing themselves reflected positively anywhere. Imagine how differently that experiment might go today with a group of young Black girls who are growing up seeing more positive, healthier depictions of themselves in films, TV, beauty ads, and even in the dolls that are available to them.

As a Dominican American woman who identifies as Afro-Latina and was born and raised in NYC — in a city where I was surrounded with other Latinxs who looked like me — I didn’t understand growing up why my community wasn’t ever reflected in books, media, film, television, beauty ads, or magazines I subscribed to. It wasn’t until I hit my teens that I understood that colorism was one of the many reasons behind why this was a reality. And while I acknowledge that there are Afro-Latinas who have darker skin and curlier hair than I do, I would have still appreciated seeing someone like DeBose playing a role like Anita growing up. I would like to see us get to a place where we don’t even need to have these conversations anymore, but instead where castings like this become so organic that we see more and more leading — not just supporting roles — played by people like DeBose, Rome Flynn, or MJ Rodriguez. 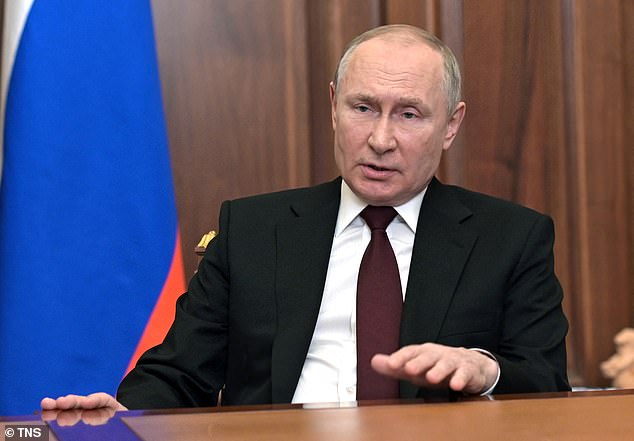 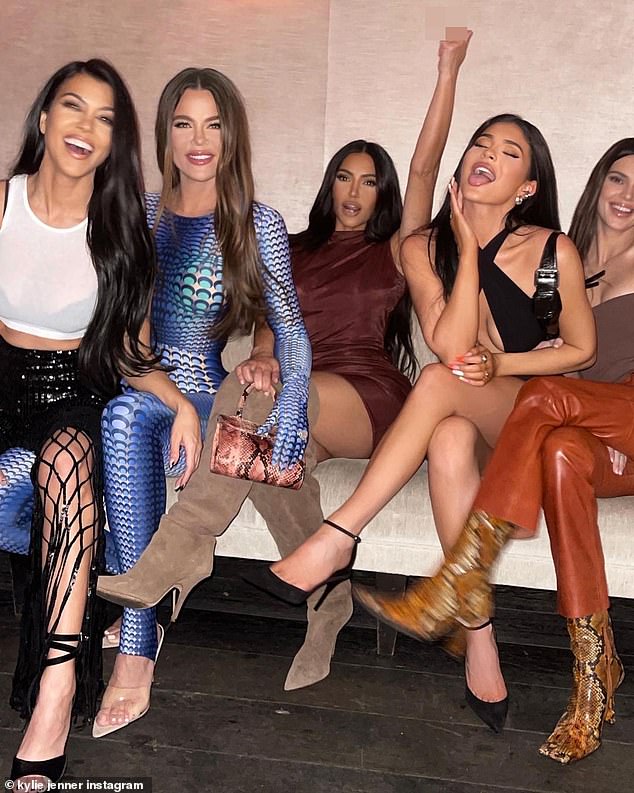 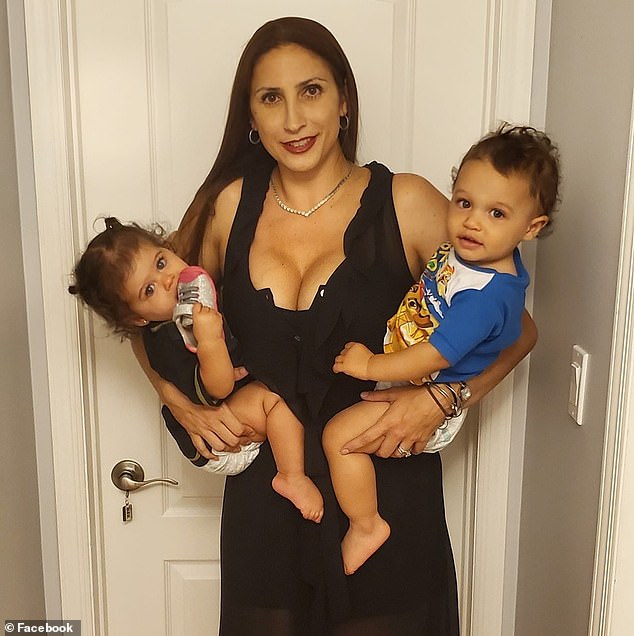 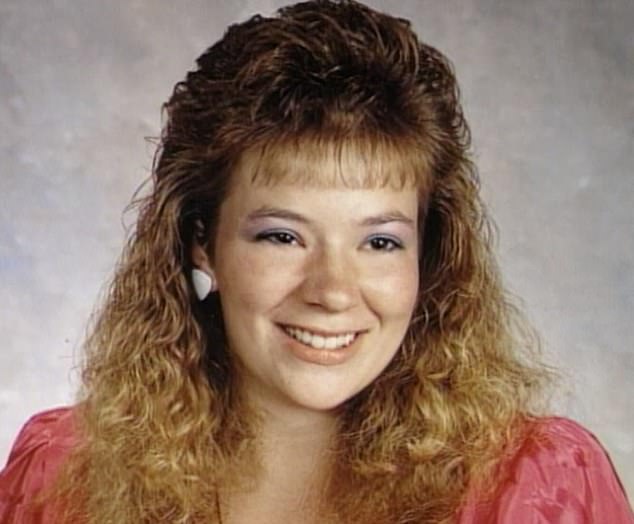 Abduction of pregnant woman, 20, thirty years ago is now feared to be a case of mistaken identity