Spring Breakers have ‘forgotten there is a pandemic’, the mayor of Miami Beach has warned, telling of his concern at ‘too many people coming with a desire to go wild’.

Young people were flocking to the city of 90,000 people to party on the sand, in a state which has has few COVID restrictions.

And, while much of the country remained under some form of lockdown, Florida was welcoming the college-age revelers.

Dan Gelber, the mayor of Miami Beach, said people were arriving with an ‘anything goes’ mentality.

Similar scenes were playing out in other Florida beach towns. In Fort Lauderdale, where the film Spring Break was set, police were patrolling the beach but large crowds of carefree partygoers were still lapping up the sunshine, regardless of the pandemic. 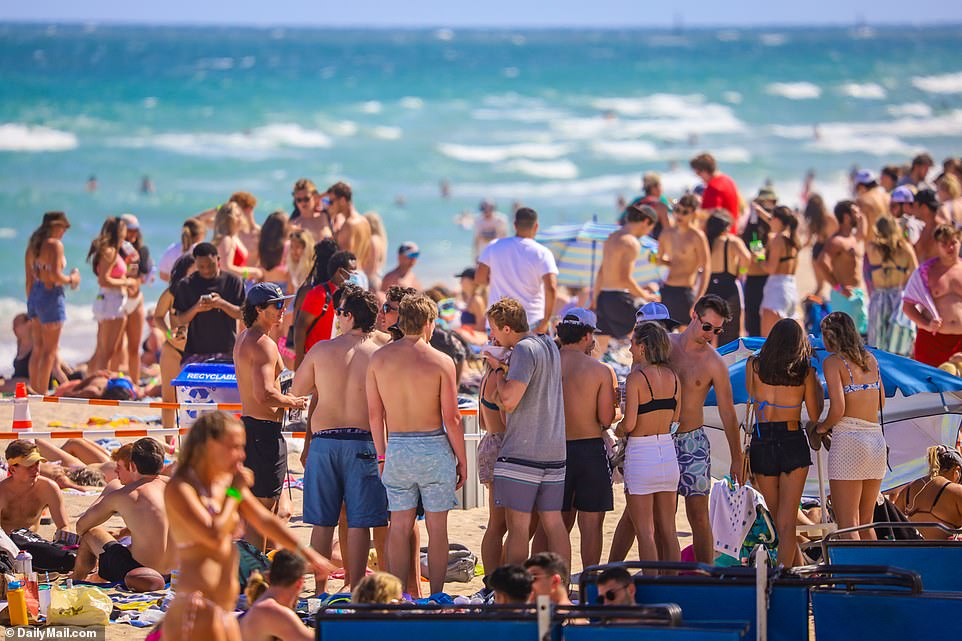 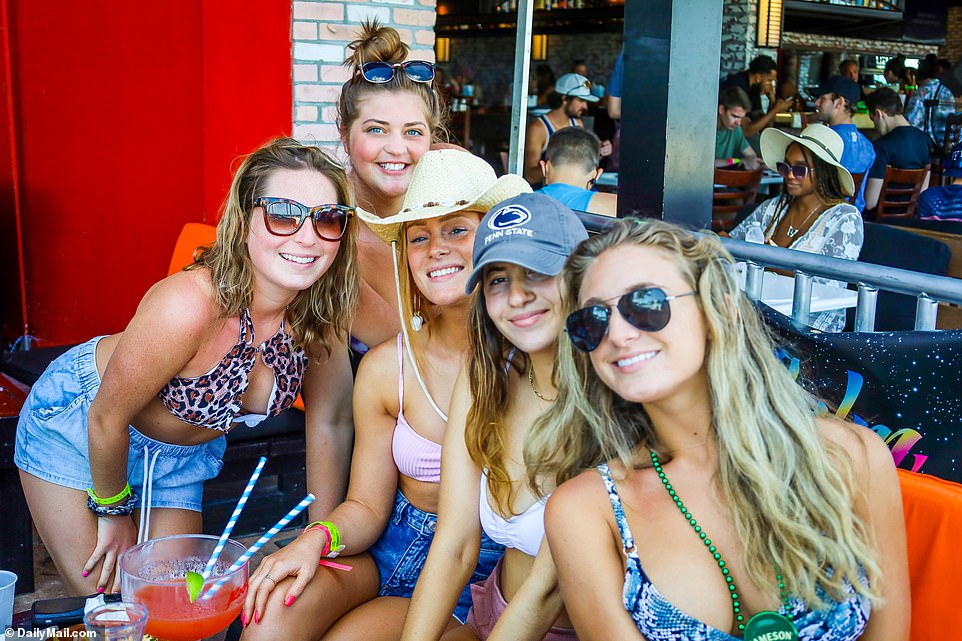 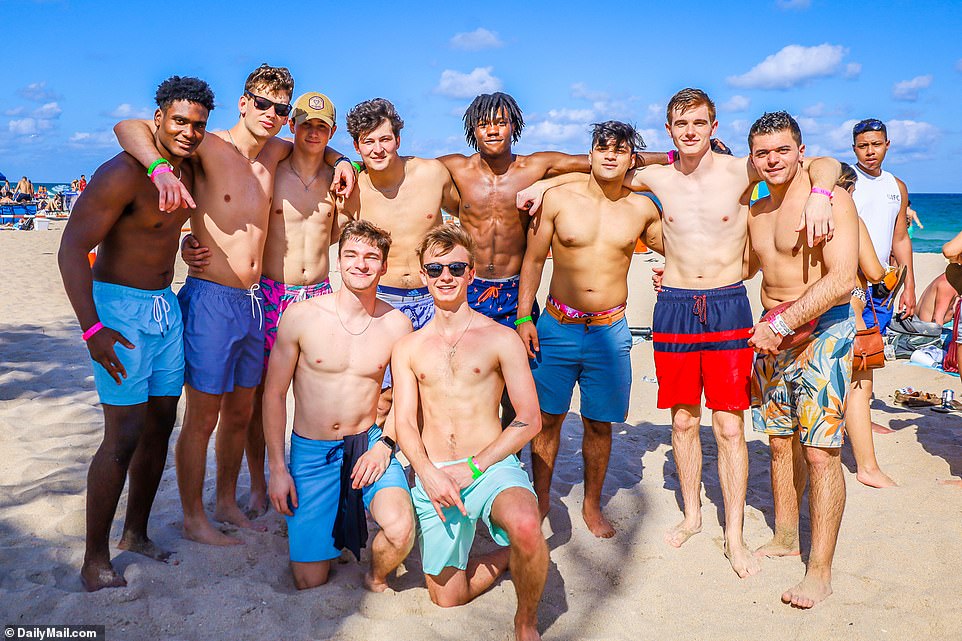 Fort Lauderdale was the setting for the film Spring Break, and is a popular destination for young travelers

Police in in the city ended up shooting pepper balls at the weekend to disperse a crowd that had gathered around officers who were making an arrest.

One of the officers body-slammed James Harrison, 19, from New York City, as he was being taken into custody, and the crowd became ‘extremely aggressive towards officers,’ according to a copy of the police report.

An officer fired pepper balls ‘due to the large, aggressive, unruly crowd and the immediate posing threats to officer safety,’ the police report said.

Gelber said the influx was ‘a triple threat’.

He said: ‘We’ve got too many people, too many coming with a desire to go wild, and we have the virus.

‘It really poses a multifaceted peril for us.’ 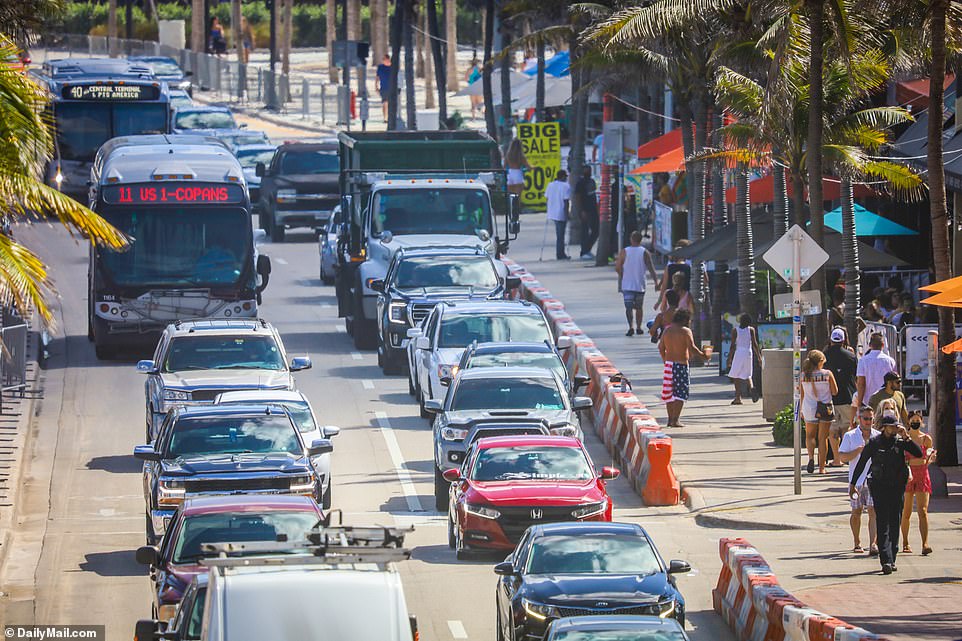 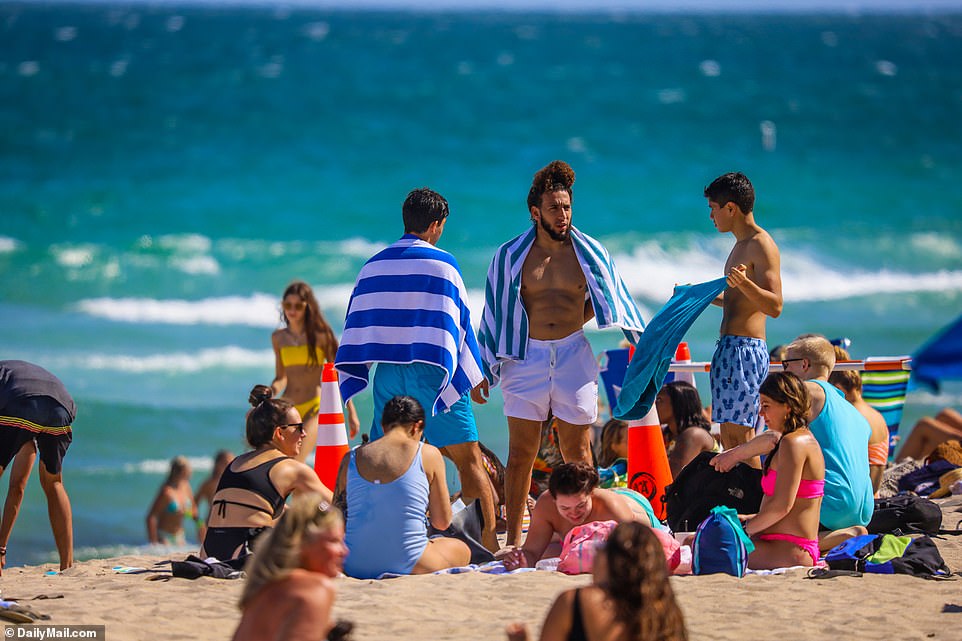 The warm weather and sand drew huge crowds from across the United States to Fort Lauderdale, seen Tuesday 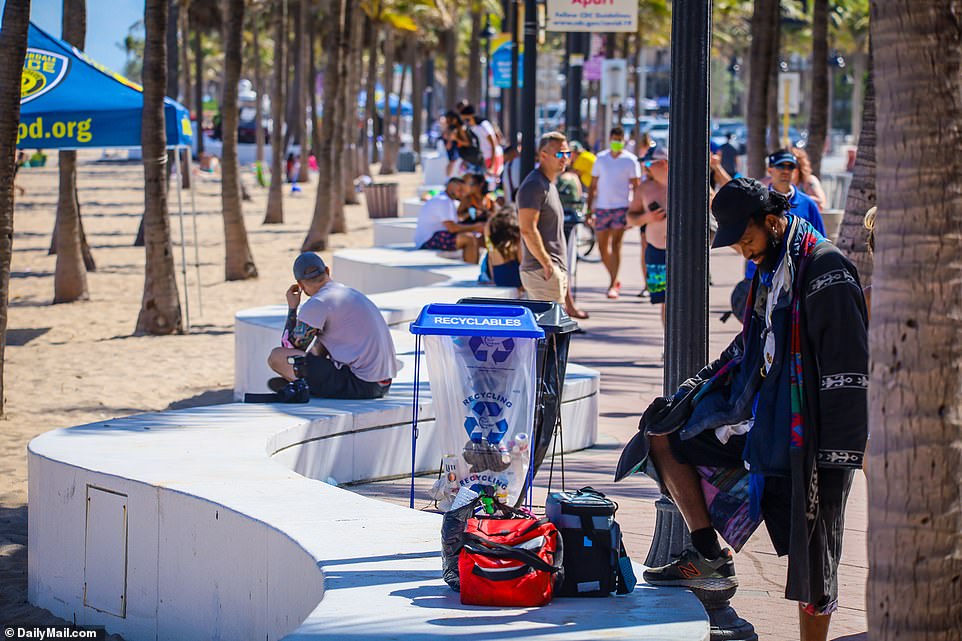 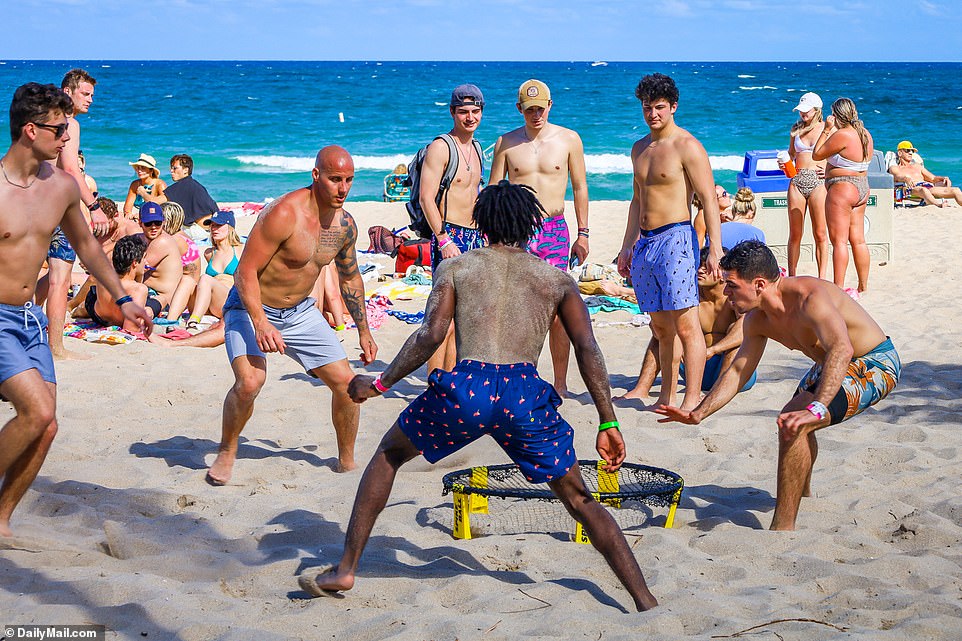 On Tuesday night officers from Miami-Dade County and from neighboring Coral Gables were joining the Miami Beach Police on patrol.

A man was taken to hospital from the city’s bar district, having shot himself in the leg by accident, WSVN reported.

Gelber said the city was not equipped to handle so many people.

‘I think it might be a little bit related to just people looking to let loose after being pent up, but some people are coming here with sort of an anything-goes mentality and even if it’s just a small percentage – it’s a small percentage of an enormous amount of people,’ Gelber said.

The city has brought in ‘zero tolerance for all of our ordinances,’ which means Miami Beach Police are making arrests for having open containers.

But there are no fines or arrests for refusing to wear face masks.

‘I’ve been on Ocean Drive almost every day in the last week, and the number of people not wearing masks or just not bothering with any of the healthy practices is very disturbing,’ he said.

‘An enormous number of people are coming our way, and many of them, if not most, seem to have forgotten that there’s a pandemic.’ 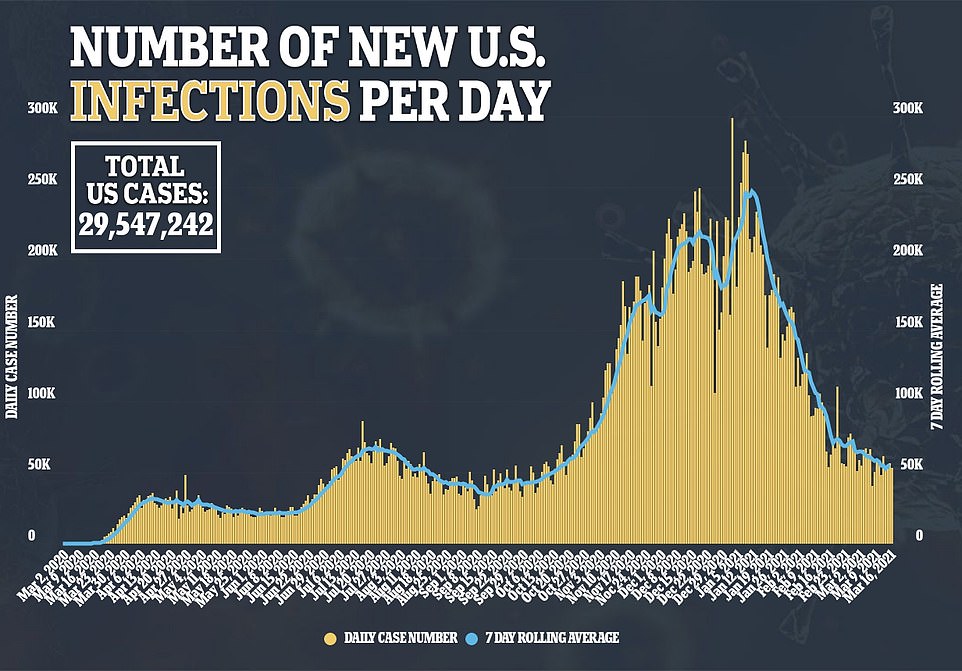 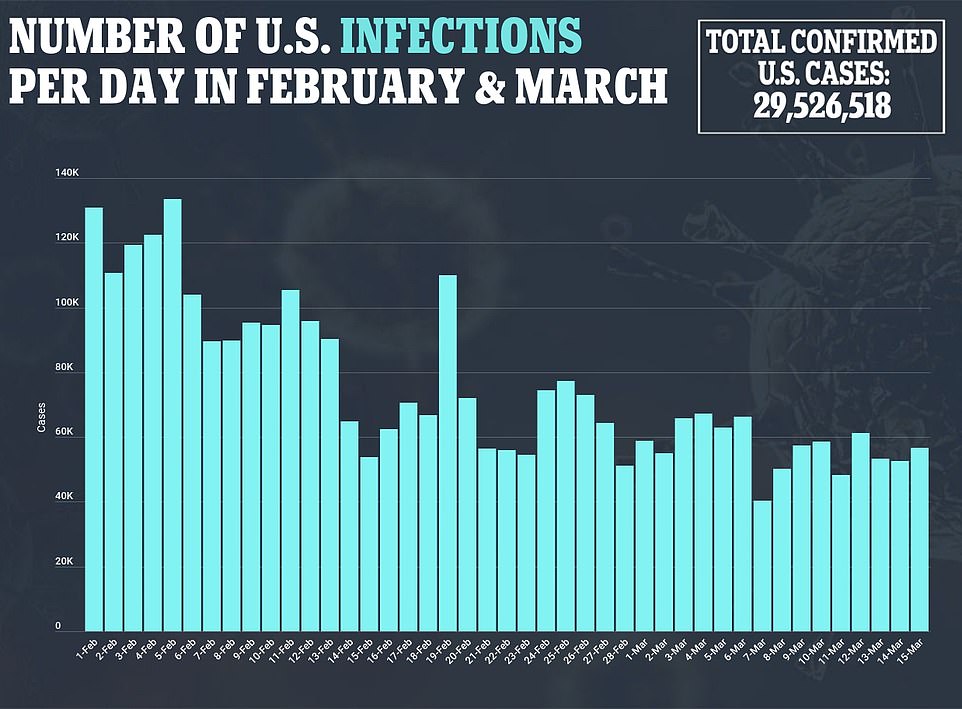 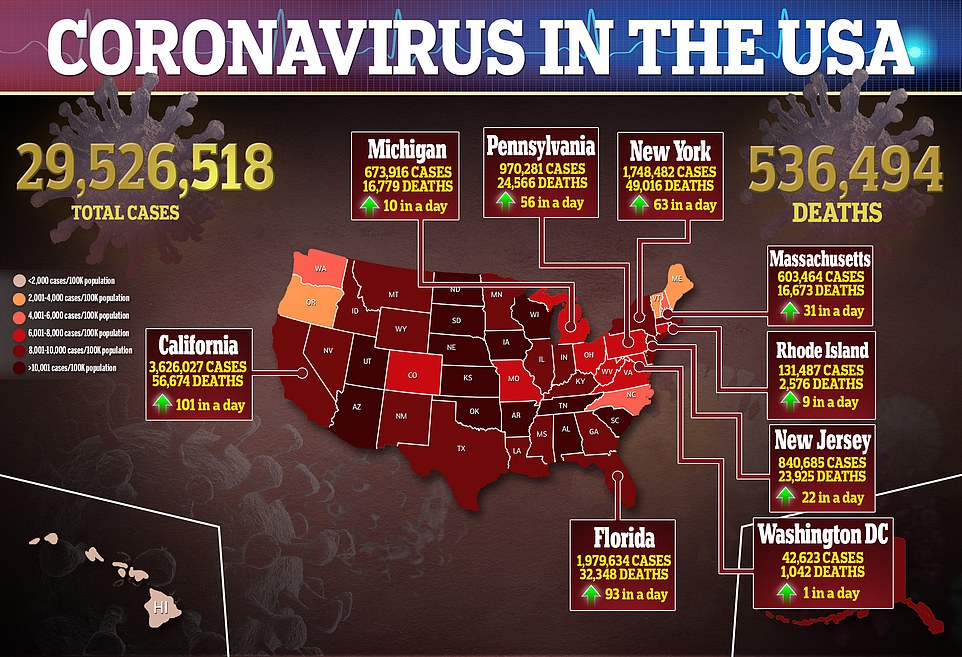 According to the Florida Department of Health, new cases in the county have hovered between 800 and 1,900 since the beginning of the month.

COVID Act Now, a nonprofit that analyzes COVID-19 data, categorizes the county as ‘very high risk’ – the fourth-highest tier on its five-tier scale.

‘We have seen footage of people enjoying spring break festivities, maskless. This is all in the context of still 50,000 cases per day.’ Centers for Disease Control and Prevention (CDC) director Dr Rochelle Walensky said on Monday.

‘Cases climbed last spring, they climbed again in the summer, they will climb now if we stop taking precautions when we continue to get more and more people vaccinated.’

It’s also in the context of a dangerous coronavirus gaining ground in the US.

The B117 variant first found in the UK is now in 48 US states, Washington, DC and Puerto Rico.

A study published last week suggested it is not only more infectious, but up to 55 per cent deadlier.

CDC officials predicted it would reach dominance in the US in March.

About 30 per cent of the most recent batches of virus samples tested (as of March 15) were positive for the variant. That’s up from nine per cent of the samples sequenced on February 15.

Over the past five days to Tuesday, 6.4 million people flew across the US, breaking the pandemic travel record of 5.6 million people who boarded airplanes in the five days leading up to Christmas, according to Travel Security Administration (TSA) data.

Popular warm destinations like Miami Beach saw influxes of college students and others.

It’s the latest push in his campaign to keep a tight grip on how cities and counties enforce – or rather don’t enforce – restrictions.

A group of South Florida counties inundated with visitors sent the governor a letter pleading with him to allow fines to be reinstated. 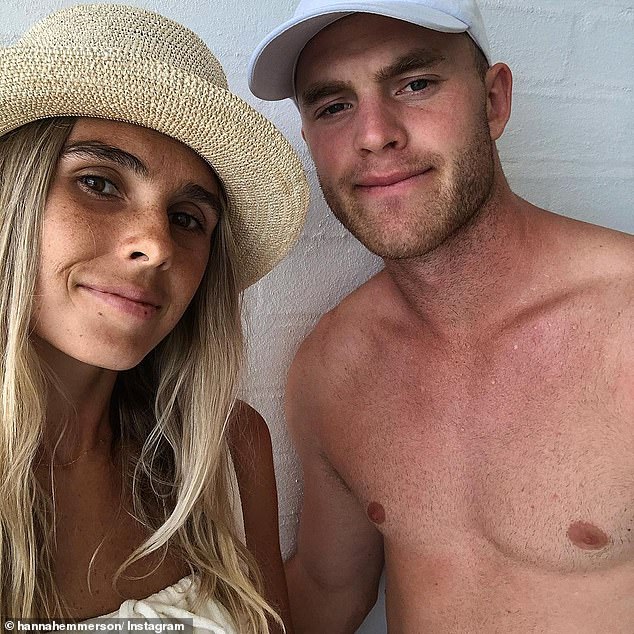 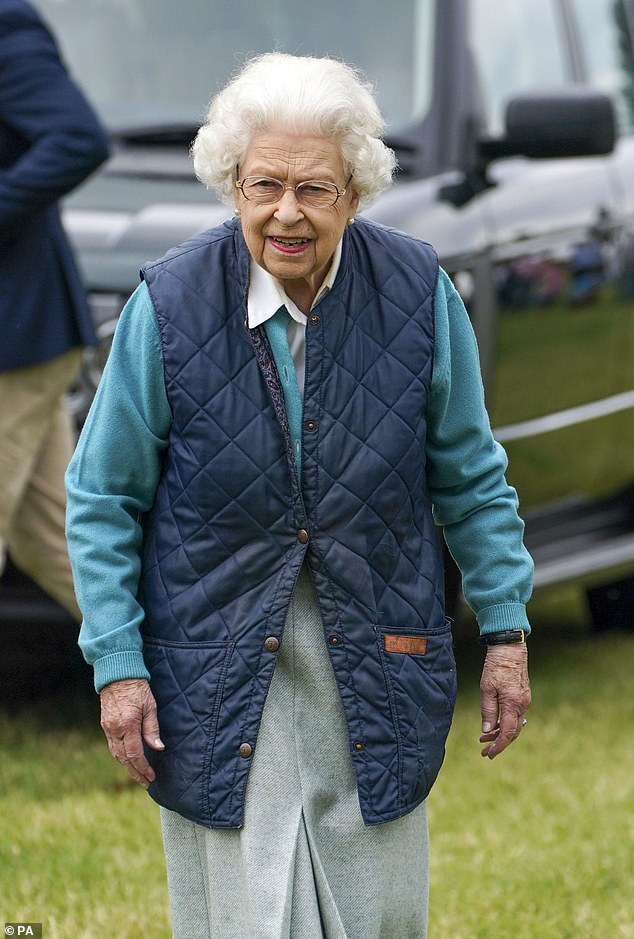 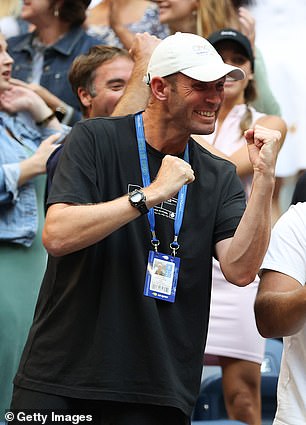