Scots author Irvine Welsh sent a letter to Trainspotting’s film producer after finding the characters in an earlier version of script too ‘middle class’ and ‘sappy’.

The 63-year-old said he was ‘probably stoned’ when he sent Andrew Macdonald the typed up letter in 1995 as he was living in Amsterdam at the time.

Welsh, from Leith, Edinburgh, believed that early versions of the screenplay made the drug addict characters sound more like ‘middle class students’ than ‘scheme junkies’.

Hazy: Scots author Irvine Welsh sent a ‘stoned’ letter to Trainspotting’s film producer after finding the characters in an earlier version of script too ‘middle class’ and ‘sappy’

He also said he couldn’t take the characters too seriously as there weren’t enough swear words and “scheme vernacular” such as “radge” being replaced for “went ballistic.”

Welsh pointed out to Macdonald that he thought psycho hard-man Begbie, played by Robert Carlyle, came across as ‘sappy’ and ‘weak’ in the screenplay.

Despite his constructive criticism, which appears to have been taken on board for the 1996 cult hit movie, Welsh hailed the screenplay as being excellent. 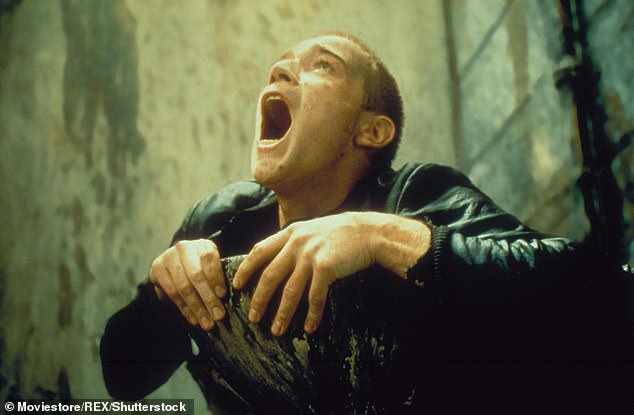 Unimpressed: Welsh wasn’t pleased with the interpretation of characters such as heroin addict Mark Renton, played by Ewan McGregor in the 1996 film (pictured)

The typed up letter, dated April 7 1995, reads: ‘Dear Andrew, The publishers sent me on a copy of the screenplay for Trainspotting and suggested that I get back to you regarding my thoughts on it.

‘Firstly, please understand that my attitude is the same as it was to the play; it’s your gig, you get on with it, nothing to do with me mate, etc etc.

‘This is being negative, it’s just that it’s a bit old hat to me and I’m more into the new project’s I’m working on.

‘Of course, I’ll give any help I can etc, but only if your team feel it’s appropriate. I’m looking forward to seeing what you do with it; having the thing transformed is the exciting part; a re-run of the book would do little for me.

‘So my comments are intended to be helpful, not negative: make what you will of them.’

He added: ‘Firstly, I think the overall impact of the screenplay is excellent. I’m glad you veer heavily towards a pacy, black comedy rather than a worthy but dull piece of social realism a la The Big Man. (yawn.)

‘The biggest problem I have with it at the moment (the only problem really) is that the characters don’t really work for me in terms of dialogue.

‘I appreciate that actors will bring their own sensibilities to the roles, but the characters at present to me sound like middle-class students than scheme junkies.

‘Having Renton as a more detached educated voice works in the context of that character, but I can’t really take the rest of them too seriously at this point.

‘I appreciate that censorship is different in cinema, ie: tighter, but my concern is not so much to do with the minimum of f***s and c***s and large absence of scheme vernacular like radge, barry, swedgin etc, but what has replaced it, ie: ‘ went ballistic’ (p 27). 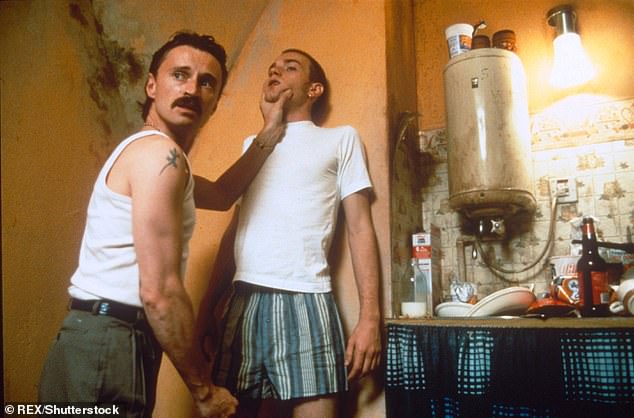 Hard man: But Begbie, played by Robert Carlisle, was dismissed by Welsh as ‘sappy and middle class’ in an early draft of the film adaptation’s screenplay

‘This makes the characters seem weak, out of context and their actions scarcely credible: they often seem too dry, self-consciously witty and effete.

‘This makes me picture the violence as student rag slapstick, undermining its credibility.

‘I see this most with the Begbie character: right now he’s a sappy c**t and I wouldn’t s***e it off him.’

Welsh continued: ‘For example, he wouldn’t say to Rents (p.75) ‘would you mind nipping out for us. Just a few things like’.

‘He’d say, with breathless indignation in irritation that his needs hadn’t been anticipated: ‘Rents, git doon tae the f***ing shops fir ays then ya c**t!’ 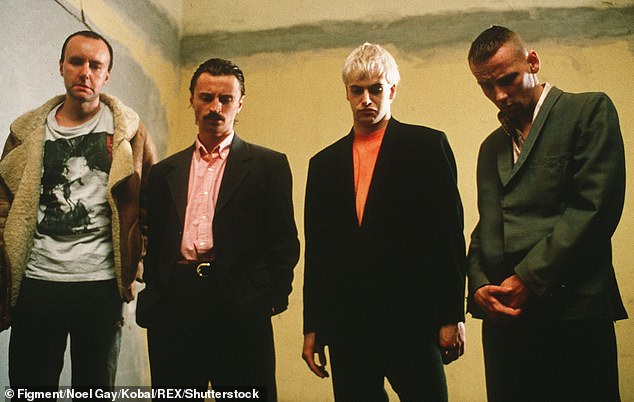 Iconic: Trainspotting became a cult sensation following its release, with its grim depiction of heroin abuse and criminality in working class Edinburgh

‘Anyway, there you go. Don’t this is me being precious about the characters, it’s just the way I saw them.

‘The best feedback from the book for me has been the ‘at last, real working-class characters with bollocks’ which I’ve had from everybody over the UK.

‘With that in mind the deleted place and cultural references, Muirhouse, Leith, Hibs F.C. etc don’t really matter, it could be any city, but i’d suggest maintaining the strength of the characters is important.

‘Incidentally, if you’re looking for extras for the film, I’ve been hassled by just about everyone in Leith.’ 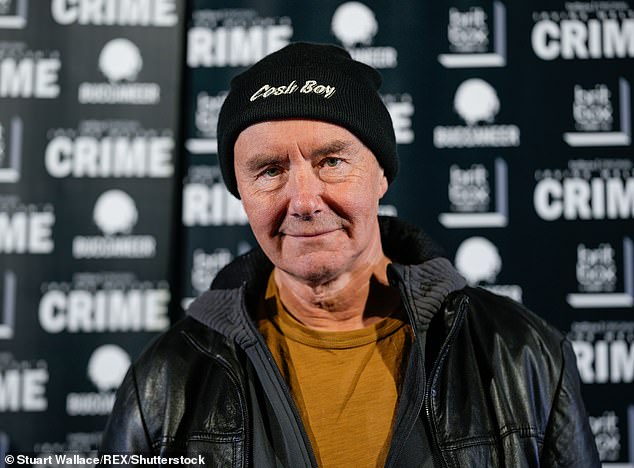 Looking back: Welsh said he was “probably stoned” when he sent producer Andrew Macdonald the typed up letter in 1995 as he was living in Amsterdam at the time

The constructive letter was signed off with Welsh’s signature in blue ink.

A photocopy of the letter was shared by novelist Nadifa Mohamed on Twitter on Sunday, captioned: ‘This letter is hilarious. @IrvineWelsh, I love the corrections.’

Welsh responded this morning, writing: ‘What can I say? I ‘as probably stoned. I was living in Amsterdam.’

Trainspotting follows main character Mark Renton, played by Ewan McGregor, and his friends living through the Edinburgh heroin scene of the 80s.

A new Trainspotting spin-off show, The Blade Artist, is in its early stages of production and focuses on the life of Begbie and his tumultuous story. 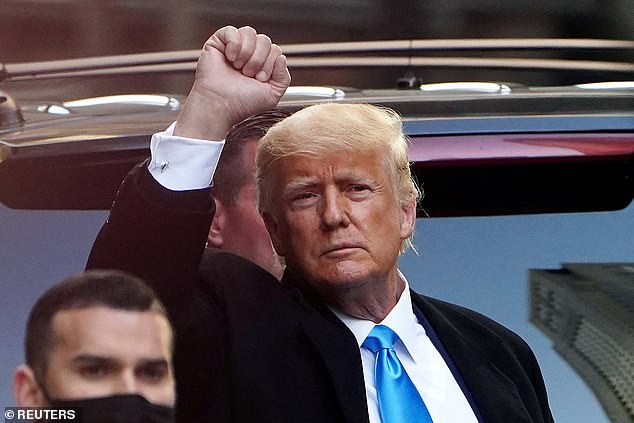 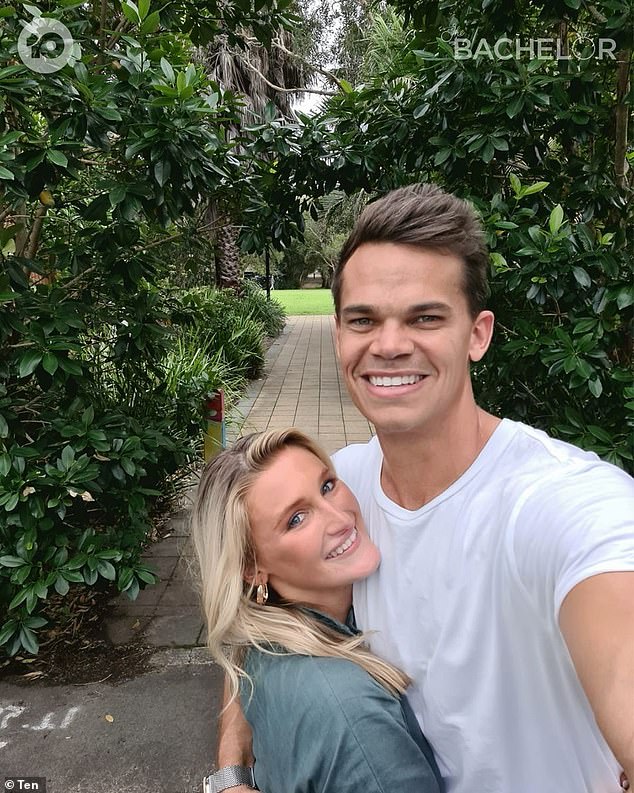 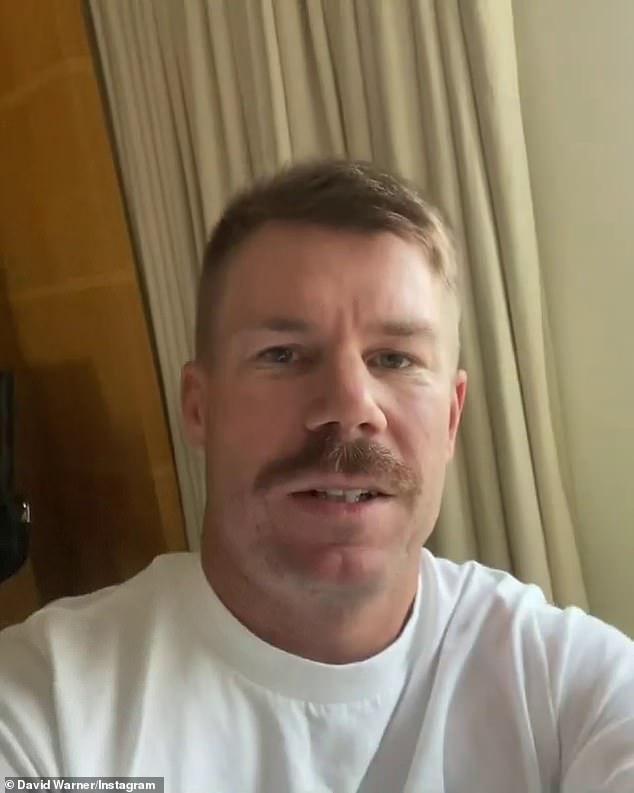 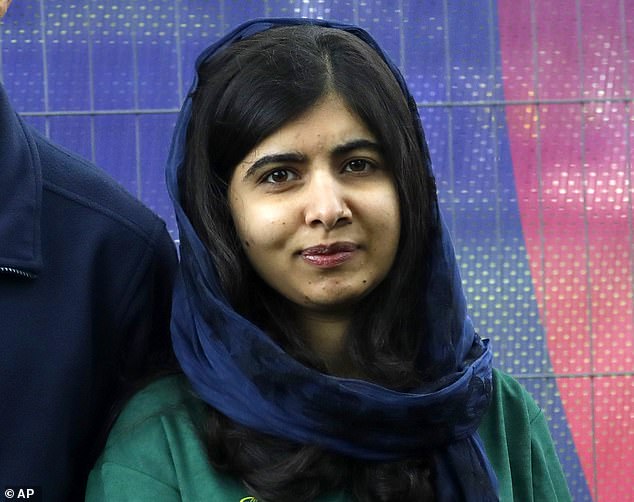