One week after US Defense Secretary Lloyd Austin told lawmakers Thursday that he was ‘concerned’ about two Iranian warships thought to be carrying weapons bound for Venezuela, diplomatic warnings seem to have resulted in the ships changing course and moving along the west coast of Africa instead.

While the ships now appear to be moving up the African coast, there is a possibility that they could change course once again.

Officials in the US believe the ships may have been preparing to conduct an arms transfer in Venezuela.

They believe the change in course was the result of successful diplomatic pressure to have governments in the region turn the ships away.

According to Politico, a defense official believes the ships now appear to be headed towards either the Mediterranean and Syria or Russia. 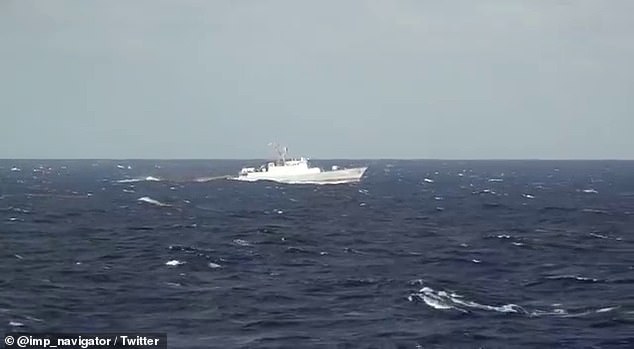 Iranian state TV previously reported that the ships, including the domestically built destroyer Sahand, had made it to the Atlantic Ocean 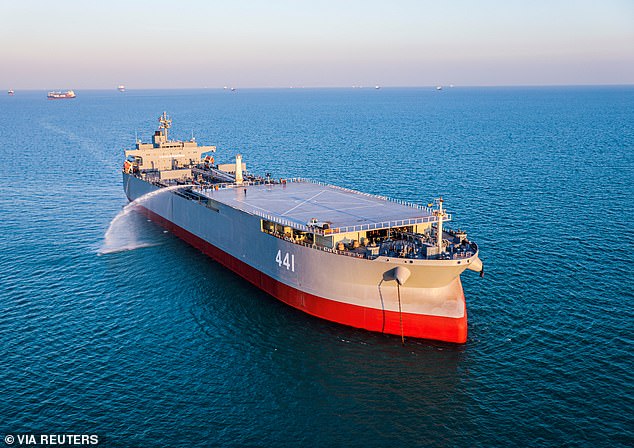 Former oil tanker, Makran, is one of two ships that were sailing south along the east coast of Africa and were believed to be en route to Venezuela before changing course 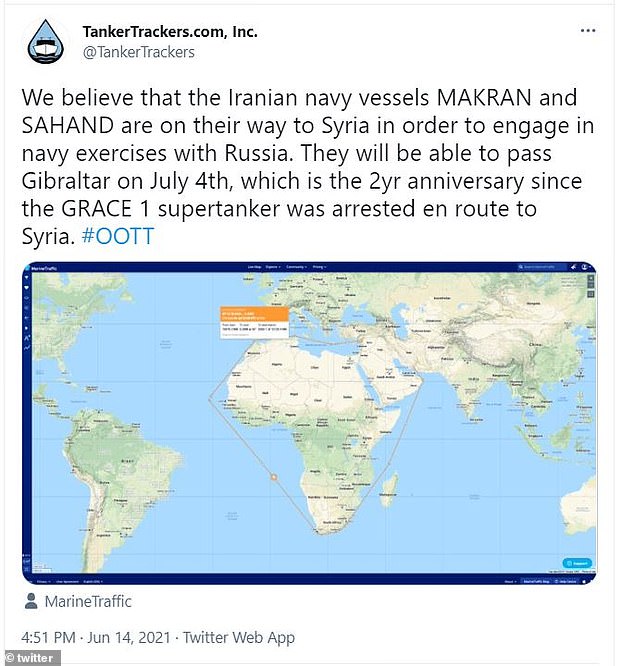 TankerTrackers.com believes the ships are now headed towards Syria for military exercises

TankerTrackers.com tweeted their own projection that the warships may be headed to Syria for military exercises with Russia and will reach Gibraltar around July 4.

Still, last week was the first time Iranian warships ever rounded the Cape of Good Hope in Africa, showing the country’s growing naval might.

The White House, State Department and Pentagon have not publicly commented on the ships’ movements.

Speaking before the Senate Armed Service Committee, Austin said last week that he shared senators’ worries about the ships, which were believed to be somewhere in the Atlantic Ocean at the time after departing from the Iranian port city of Bandar Abbas last month.

‘I am absolutely concerned about the proliferation of weapons, any type of weapons, in our neighborhood,’ he told members of the committee.

It was the first public remarks he made about the vessels, which US intelligence officials have been tracking since they embarked on an unprecedented mission around the east coast of Africa toward the Atlantic Ocean, Politico reported. 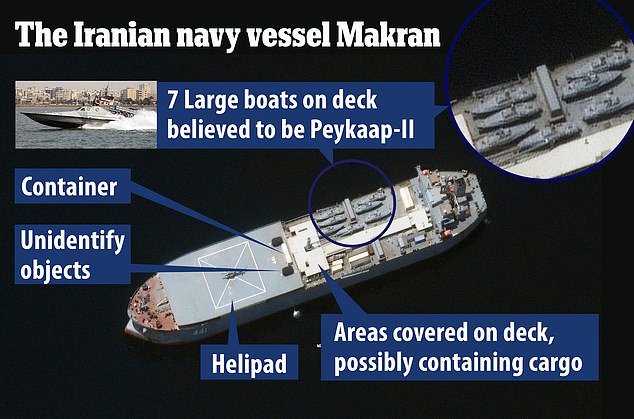 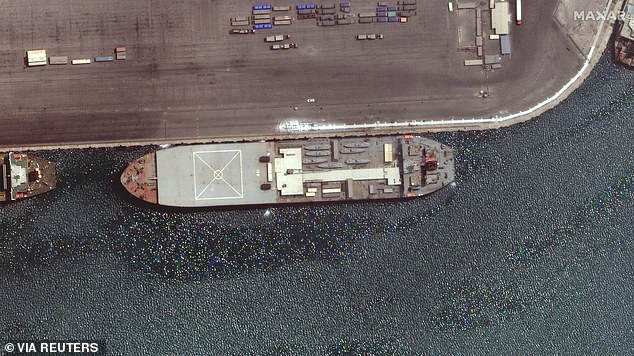 Iranian naval ship the Makran is seen in Bandar Abbas, Iran, in this satellite image taken in April 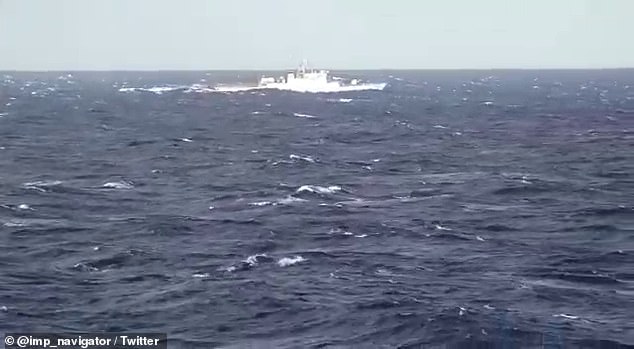 The Biden administration had been pressuring Venezuela as well as Cuba to turn the ships away, with a senior administration official saying that the US views delivery of weapons in its hemisphere as a threat and that it will take ‘appropriate measures’ to prevent it.

The US also reached out to other countries in region, asking them to turn the ships away as well, the outlet reported.

‘The United States has a legitimate right of self-defense against both of them,’ Bolton said.

Retired Adm. James Stavridis also wrote in an op-ed that ‘intervention may be justified’ if the ships tried to carry out an arms transfer in Venezuela.

‘If the U.S. was willing to seize Iranian oil shipments for violating sanctions last year, it should be prepared to take direct action to stop these small but lethal machines of war from being delivered to a corrupt and dangerous regime in Caracas,’ Stavridis wrote in Bloomberg.

Iranian state TV previously reported that the ships – the domestically built destroyer Sahand and support vessel Makran – had made it to the Atlantic Ocean in what Iran’s deputy army chief Admiral Habibollah Sayyari described as the Iranian navy’s longest and most challenging voyage yet. 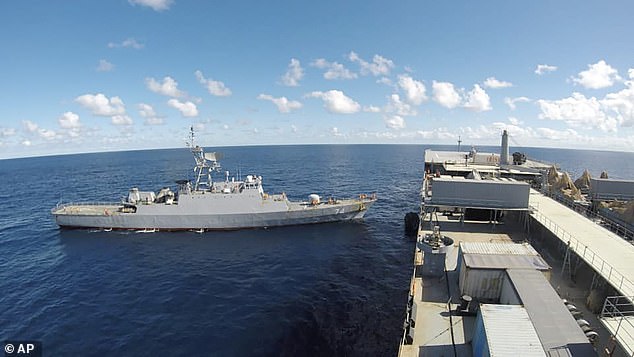 In this photo released last Thursday by the Iranian army, warships seen in the Atlantic Ocean 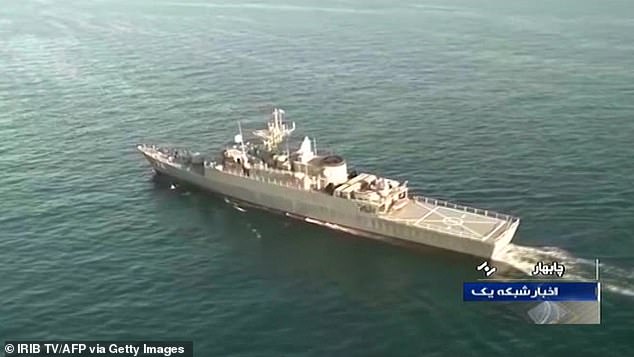 An image grab from footage obtained from Iranian State TV IRIB on December 27, 2019 shows a view of the Islamic Republic of Iran Navy frigate Sahand during joint Iran-Russia-China naval drills in the Indian Ocean and the Gulf of Oman

Iranian state TV released a short clip of the destroyer cruising through the Atlantic’s rough seas.

The video likely was shot from the Makran, a converted commercial oil tanker with a mobile launch platform for helicopters.

‘The Navy is improving its seafaring capacity and proving its long-term durability in unfavorable seas and the Atlantic’s unfavorable weather conditions,’ Sayyari said, adding that the warships would not call at any country’s port during the mission.

Intelligence indicated that the Makran was at one point carrying Iranian fast-attack craft typically associated with its paramilitary Revolutionary Guard Corps.

Satellite imagery from Maxar technologies showed at least seven such vessels on the ship’s deck.

The craft, believed to be part of the Peykaap family of boats, were recently seen swarming US Coast Guard and Navy ships in the Persian Gulf in April.

The incidents only resulted in warning shots.

It is not clear whether the craft were still aboard when the Makran left port.

A senior Biden administration official told Politico that the ships are believed to be carrying weapons as part of a deal struck between Iran and Venezuela last year, but did not specify what kind of armaments they could be carrying.

Iran maintains close ties to Venezuelan President Nicolas Maduro, and has shipped gasoline and other products to the country amid a US sanctions campaign targeting fuel-starved Caracas.

Venezuela is believed to have paid Iran, under US sanctions of its own, for the shipments.

Iran has also established both a car assembly plant and a  huge cement factory in  Venezuela.

A top aide to Maduro denied press reports that the ships would dock there.

During a news conference on May 31, Iranian Foreign Ministry spokesman Saeed Khatibzadeh declined to say where the Makran was going.

‘No country is able to violate this right, and I warn that no one makes miscalculations.

‘Those who sit in glass houses should be careful.’ 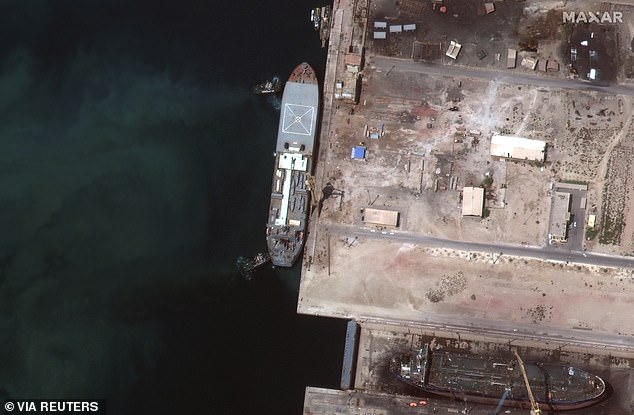 Retired Adm. James Stavridis also wrote in an op-ed that ‘intervention may be justified’ if the ships tried to carry out an arms transfer in Venezuela (Makran pictured)

‘This does not look like an oil or fuel cargo delivery,’ tweeted Sen. Marco Rubio  last week, who serves as vice chairman of the Senate Intelligence Committee.

‘This has all the markings of delivery on an arms sale (such as fast attack boats) to Venezuela coupled with the opportunity to project a message of strength to the Biden administration.’

Last year reports emerged that Venezuela was considering purchasing long-range missiles from the Islamic Republic, which the US considered a ‘red line,’ Politico reported.

That sale never came to pass. 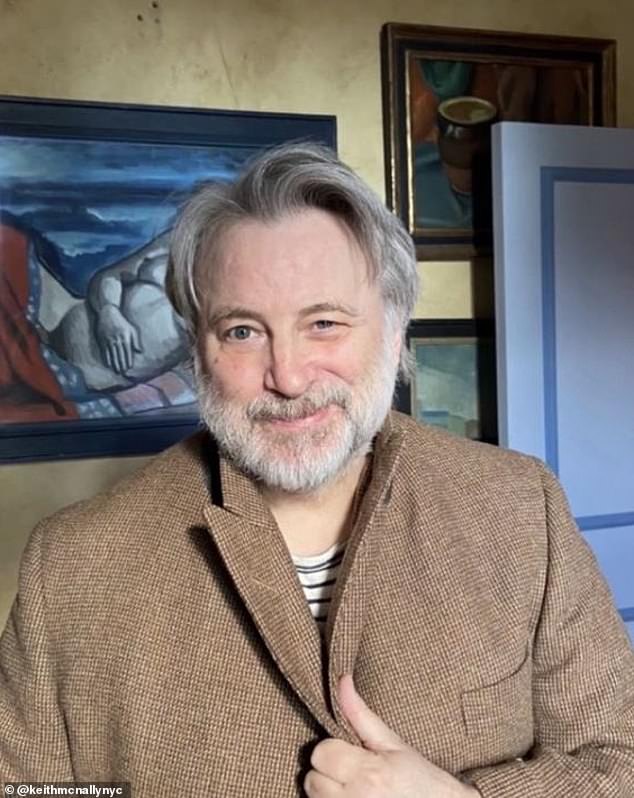 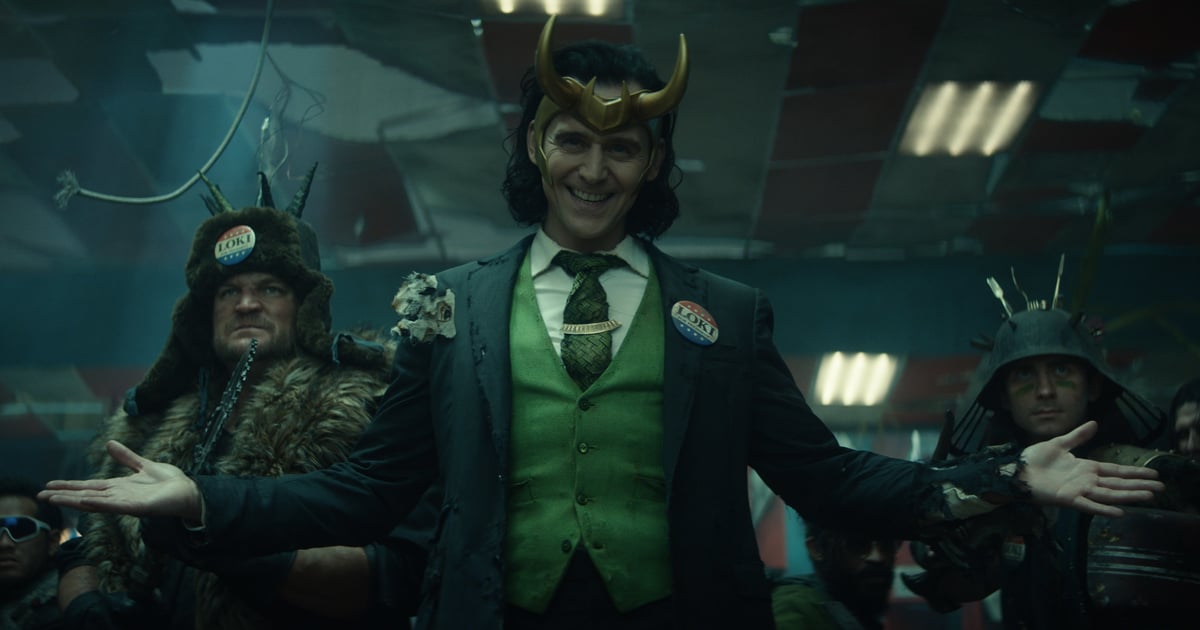 The Latest Loki Trailer Hints at Lady Loki’s Arrival — or Does It?

Being the Ricardos: Nicole Kidman’s Cranberry Stomping Scene in the First Teaser Is Gold
26 mins ago

Florida boy, 17, firing pellet gun at cars is shot and killed after turning ‘rifle’ at cops
52 mins ago