An Iowa man who assaulted another man for calling him out for wearing his face mask incorrectly has been sentenced to 10 years in prison after removing it entirely and spitting in the victim’s face.

‘If I have it, you have it!’ Shane Wayne Michael told Mark Dinning after the disgusting attack, implying he had infected him with the COVID-19 virus.

Both men were at the Vision 4 Less eyewear store in Des Moines on November 11 of last year when Dinning allegedly asked the 42-year-old to secure his face mask over his nose as Michael had pulled his mask down slightly, the Iowa Capital Dispatch reports.

Michael alleged that it was Dinning who instigated the assault, claiming Dinning  ‘shoulder-checked him’ and ‘poked him in the stomach’ once the two men left the store, according to the news outlet.

Pictured: Shane Wayne Michael, 42, was sentenced to 10 years in prison back in April for the Nov. 2020 attack 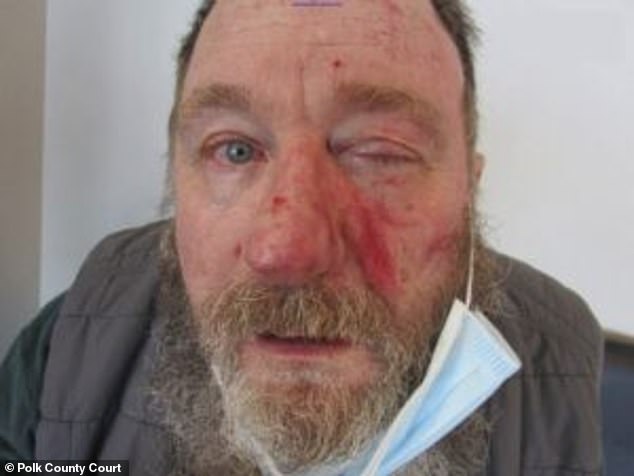 ‘If I have it, you have it!’ Michael told Mark Dinning  (pictured) after the disgusting attack, implying he had infected him with the COVID-19 virus

He told police that the fight eventually went to the ground with both men wrestling one another. Michael said he had him pinned to the ground when Dinning bit his arm, which he countered by poking his finger in Dinning’s left eye.

However, a witness named Bob Darr, as well as a store employee on scene, both told responding officers that Michael had initiated the confrontation by following Dinning out of the store before attacking him and spitting in his face.

Polk County prosecutors eventually offered him a plea deal in February, which would have allowed Michael to enter a plea of willful injury causing bodily harm, a lesser charge that would have gotten him just two years of probation, according to the Capital Dispatch. 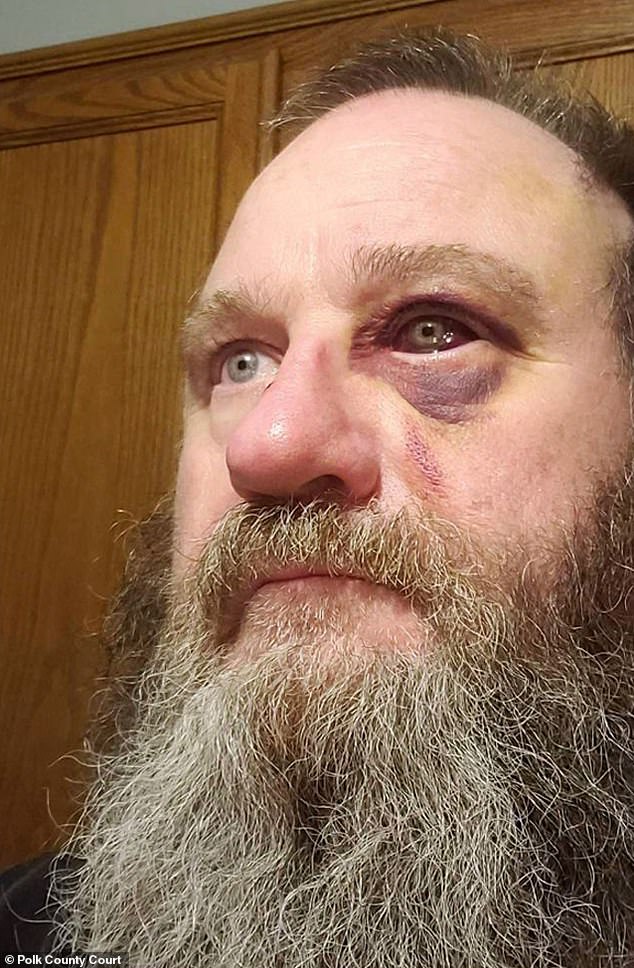 Dinning shows off some of the injuries he sustained during the assault at the hands of Michael, who attacked him physically before spitting on his face 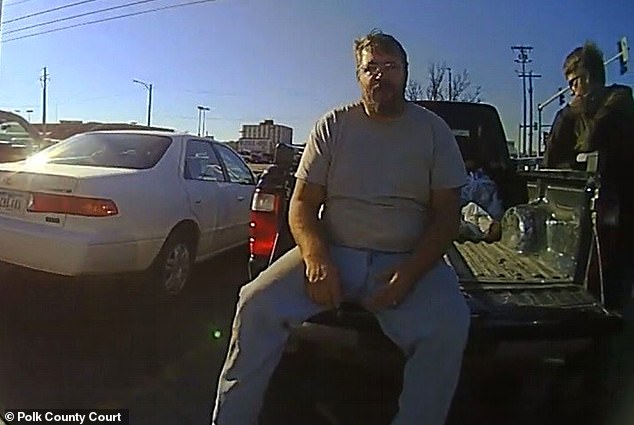 Michael rejected a plea deal that would have meant just two years of probation, insisting that he had acted in self-defense and that Dinning had been the aggressor

Michael was found guilty on April 1 at trial, and was sentenced to 10 years in prison for the class C felony on Wednesday, according to Polk County court records.

The court also temporarily waived a fine of $1,370 in consideration of his impending incarceration.

Michael’s family members spoke out about the lengthy prison sentence, which seems inordinately harsh given the nature of the crime, according to his father and wife.

‘It’s like (Dinning) got a black eye in a bar fight, and now my son is getting 10 years in prison,’ Michael’s father, Dennis Michael told the Capital Dispatch of Wednesday’s sentencing.

Meanwhile, Michael will leave behind six grown children and his wife, Becky, who told the local news outlet that she doesn’t know what she is going to do without her husband for the next 10 years.

Michael’s father, Dennis Michael, revealed that his son rejected the initial plea deal offered because he still says he was acting in self-defense against Dinning and was not guilty of any crime, before adding that his son wears his mask lower due breathing problems caused by asthma.

‘He’s not going to cover his nose and mouth because he can’t breathe,’ his father said. ‘And there was no mask mandate in place. It was just a request by Vision 4 Less that people wear a mask, and he was.’ 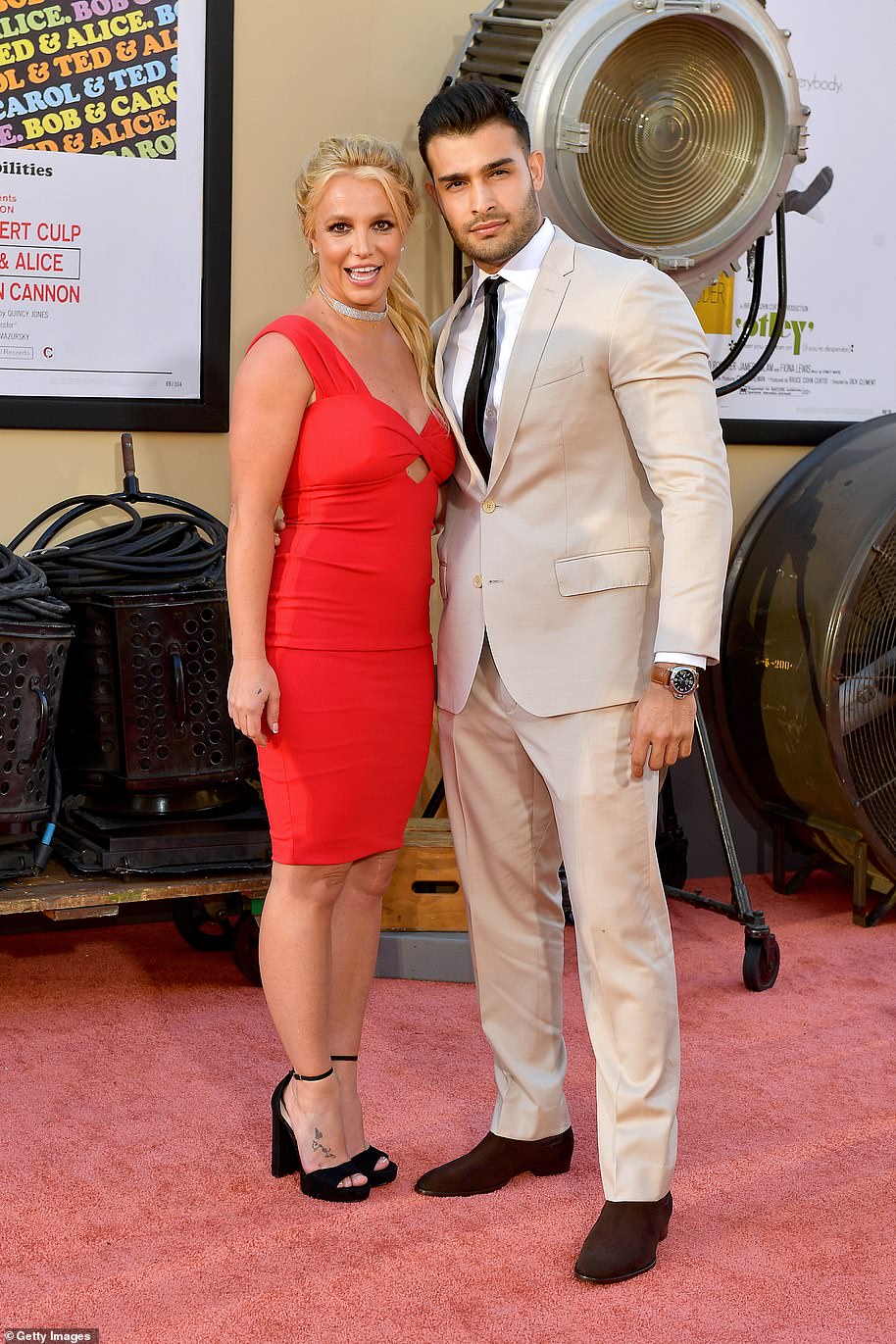 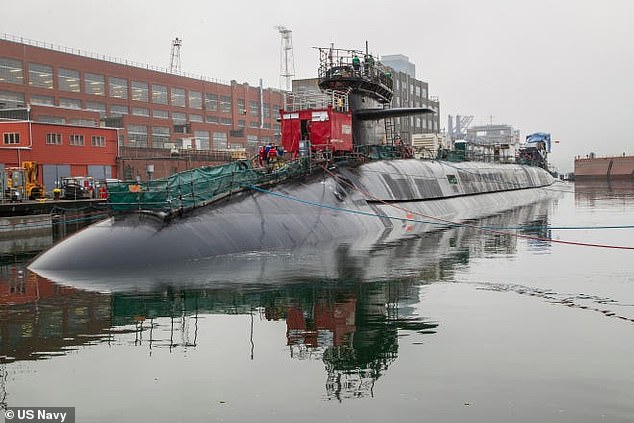 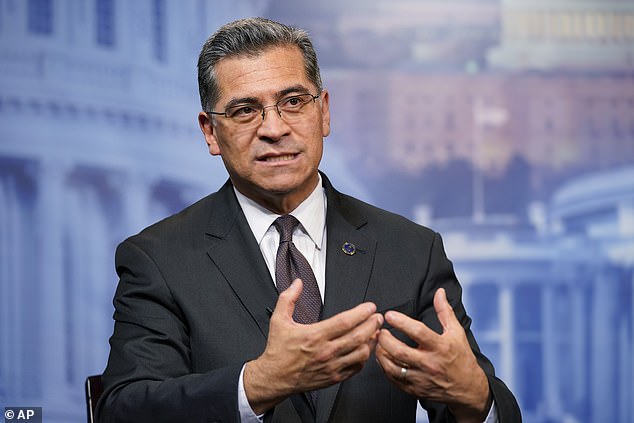