Internet bullies are just as mean in real life, according to a new study.

The study, from the political science department at Aarhus University, debunks the long-held theory that people are only nasty while posting anonymously online.

It also found that people who are nice may choose to avoid all political discussions online – whether the forums are hostile or not, according to the study published in the American Political Science Review.

The researchers did find that the hostility levels of online political discussions are worse than offline discussions, but that the frequency of behaviour was about the same online and in real life.

Michael Bang Petersen, the professor who co-authored the study, told the magazine Engineering & Technology that the behavior of an internet troll ‘is much more visible’ than the behavior of the same person offline.

‘Our research shows that the reason many people feel that online political discussions are so hostile has to do with the visibility of aggressive behaviour online,’ Peterson told the magazine.

Internet trolls are mean just as often online as they are in real life, according to a new study which has debunked a theory that people are nicer in person than when they can post on websites anonymously 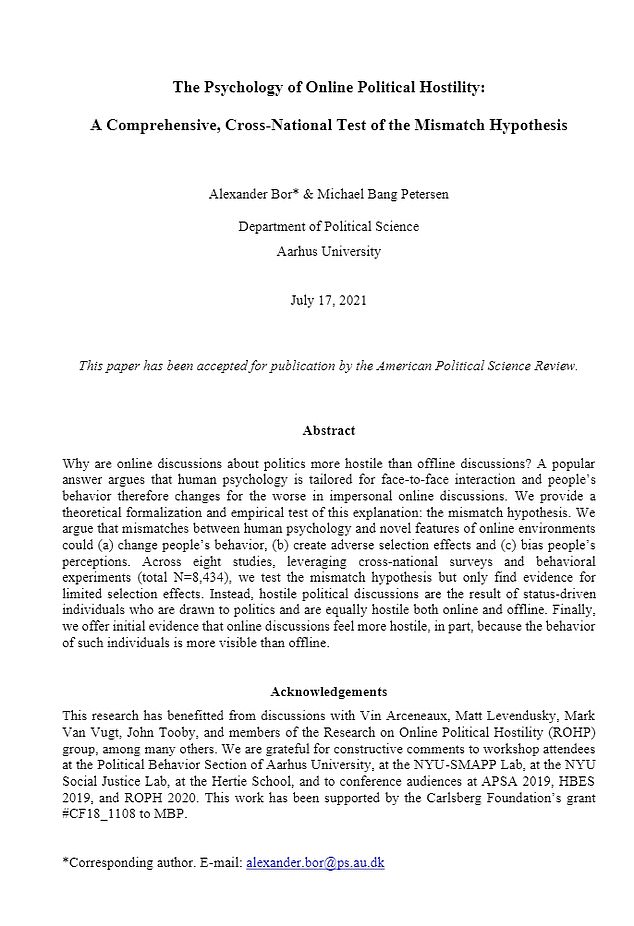 The researchers began the paper with an apparent dig at Facebook CEO Mark Zuckerberg, who was named the Time Magazine ‘Person of the Year’ in 2010.

‘Facebook wants to populate the wilderness, tame the howling mob and turn the lonely, antisocial world of random chance into a friendly world,’ the Time Magazine article on Zuckerberg reads, as cited by the researchers.

The researchers noted that efforts from social media giants to get people to engage in civil discussions on topics such as politics have failed spectacularly.

‘Online discussions about politics turned out to be nasty, brutish and not nearly short enough,’ the researchers wrote.

The researchers cited a 2017 Pew Research Center survey which found that 62% of Americans believe online harassments has become a major problem for the country.

‘There appears to be a hostility gap where online discussions are felt as significantly more hostile than offline discussions,’ the researchers wrote. 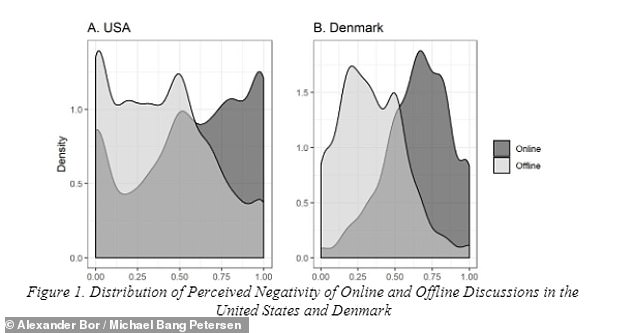 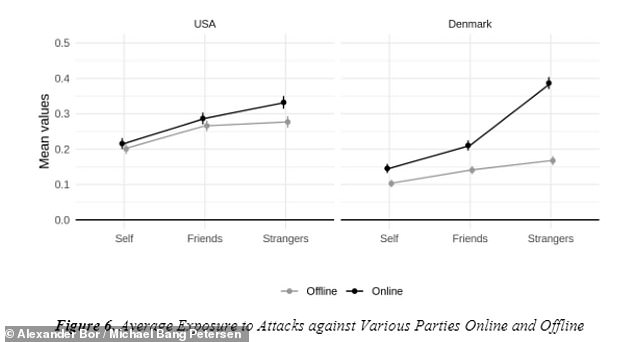 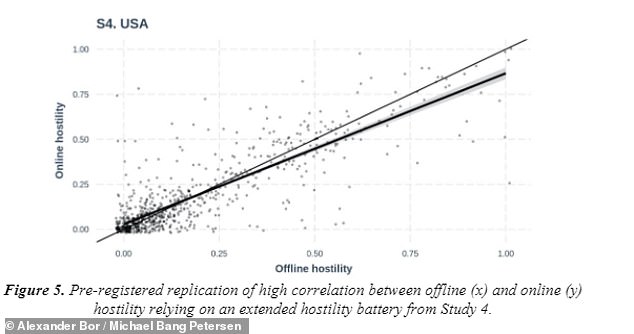 While conducting their study, the researchers considered the ‘mismatched hypothesis’ – one of the most common theories in academic debate about online hostility.

The mismatch hypothesis theorizes that people who are ‘otherwise agreeable’ can turn into nasty trolls when they cannot physically see the person with whom they are arguing.

Alexander Bor, a post-doctorate researcher who co-authored the study, tweeted about the results of the study.

‘The people hateful on Twitter offend others in face-to-face conversations too,’ Bor tweeted.

There are ‘many psychological reasons’ there are many reasons people can get angry online and that ‘fast-paced written form of communication can easily lead to misunderstandings,’ Bor told the magazine Engineering & Technology.

He said that the best way to deal with online hostility would be to by policing online formers through methods such as heavy moderation.

‘We cannot remove online hate through education because it is not born out of ignorance. Hostile people know their words hurt and that is why they use them,’ Bor told the outlet.

‘Our research suggests that it is necessary to describe what is okay and what is not okay for each specific discussion page and to police those norms, for example by using moderators.’

In the study’s conclusions, the researchers noted that future studies could evaluate whether the actions of provocateurs like Russia’s infamous Internet Research Agency could instill hostility in nicer people by hijacking online discussions.

The study indicated that ‘aggression is not an accident triggered by unfortunate circumstances, but a strategy [hostile people] employ to get what they want including a feeling of status and dominance in online networks.’ 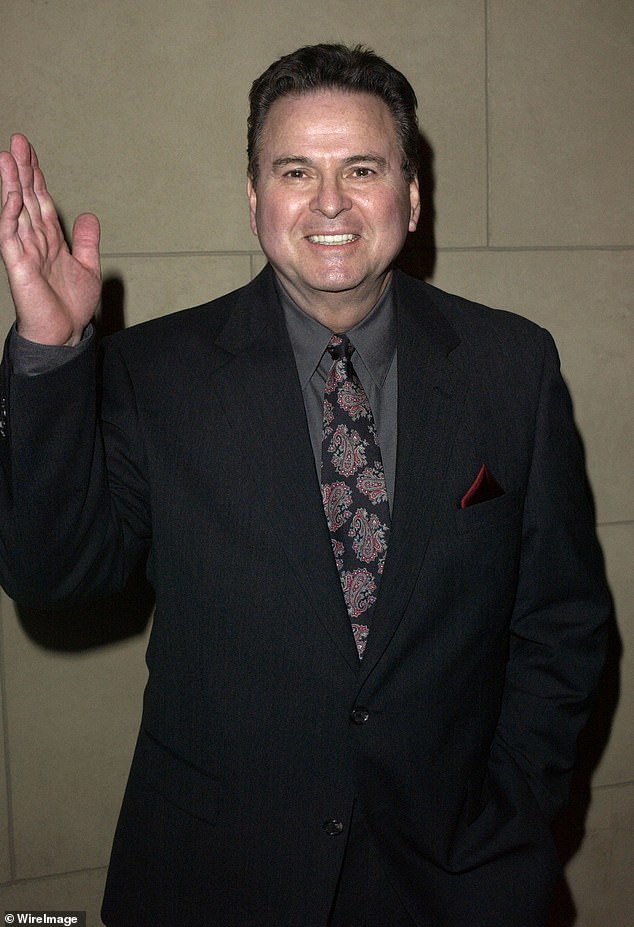 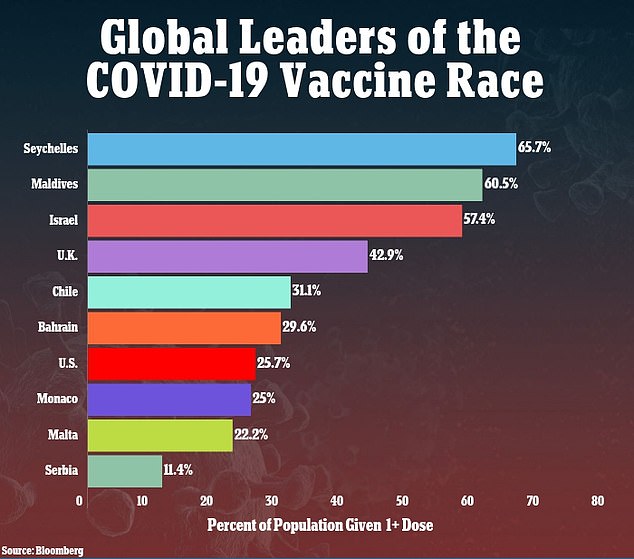 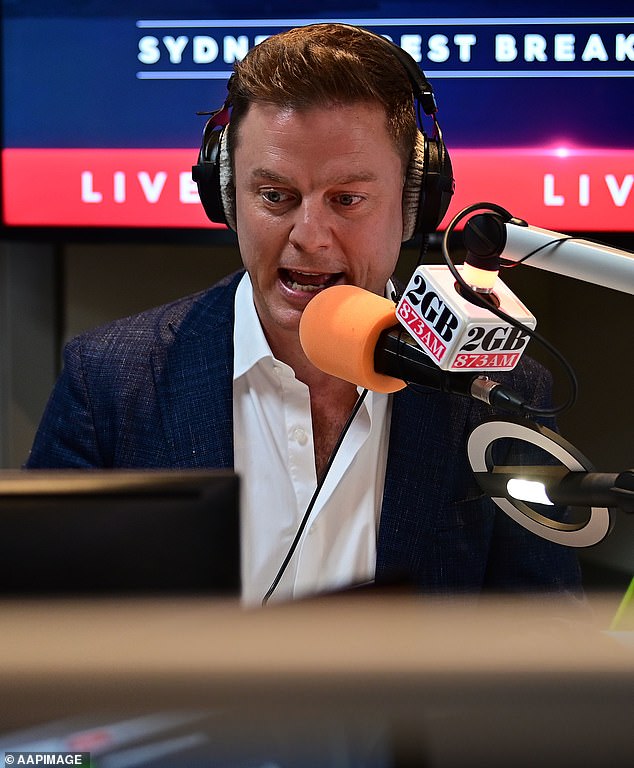 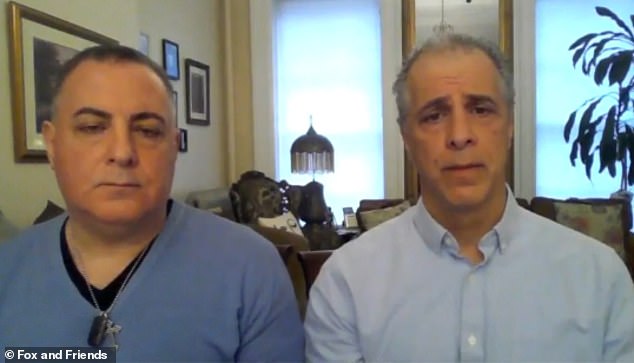