Seeing is not believing! Incredible images reveal mind-bending moments that look like they’re the work of Photoshop

From a cup that looks like it disappears into the table to a door that leads to a secret portal, social media users have been sharing mind-bending photos that look like a ‘glitch in the matrix’. 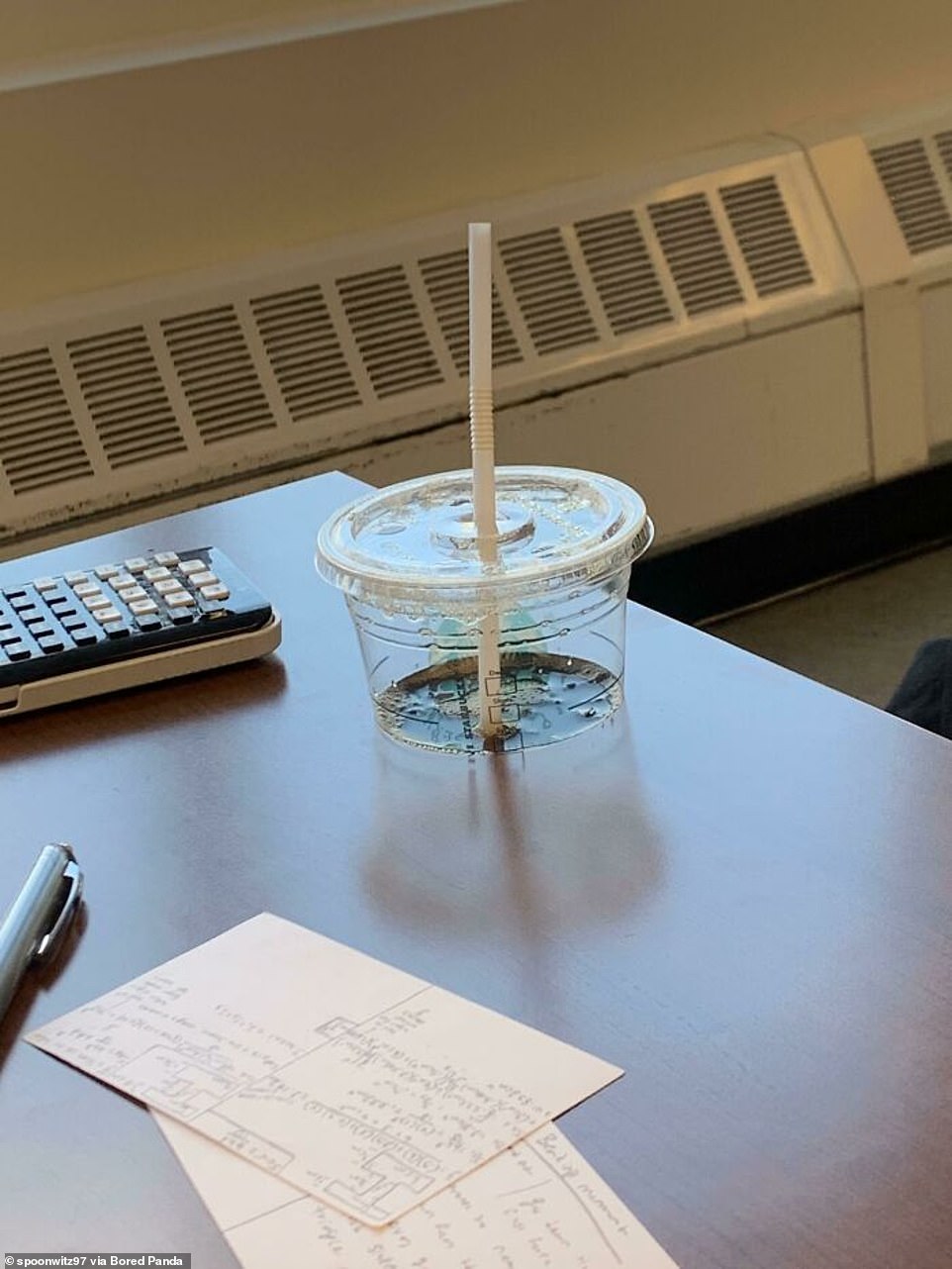 Where’s the rest of my drink? This photo showed a clear plastic beverage cup that looked as if it was disappearing into the desk. 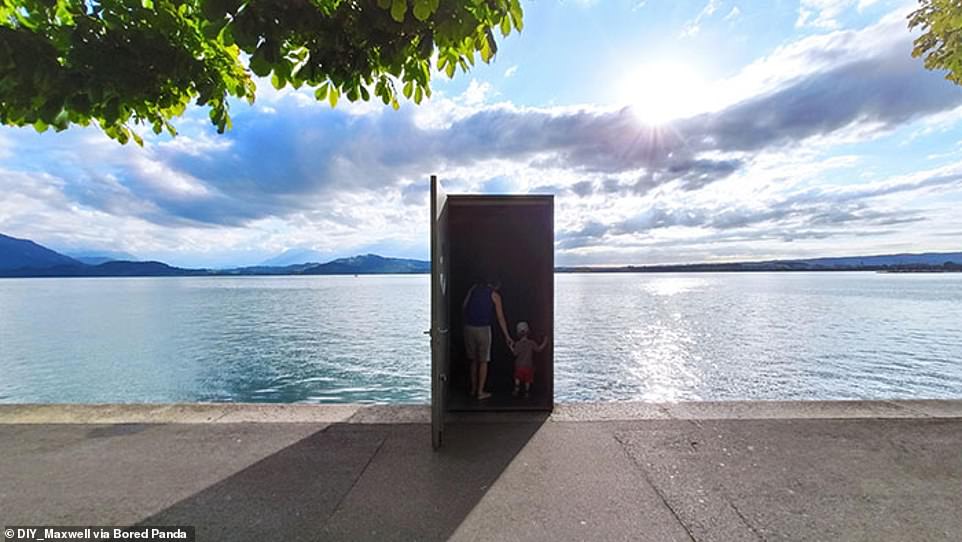 The entrance of the underwater observatory in Switzerland, Lake Zug, looks a lot like The Truman Show door… 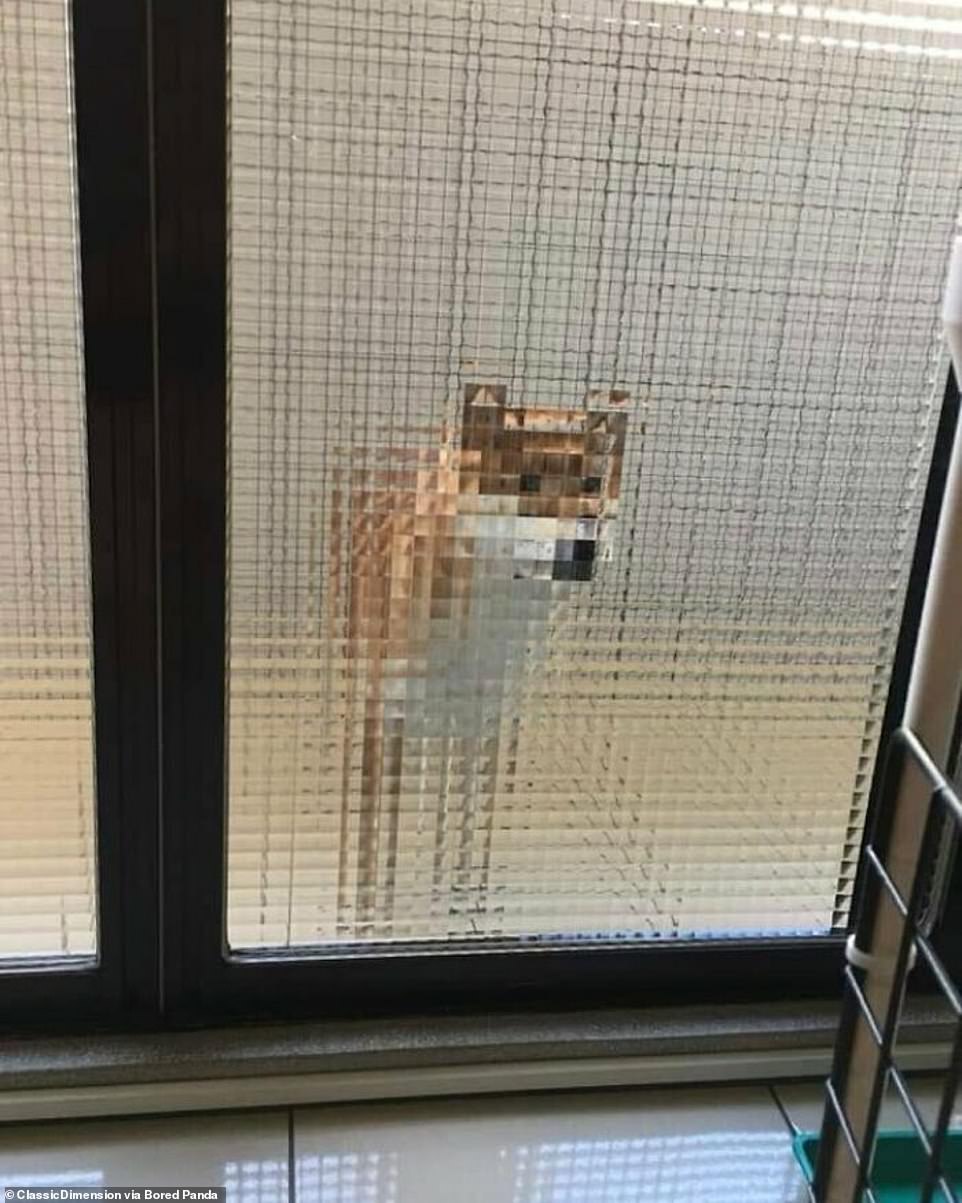 Furry confusing! This pixelated doggo looked on patiently through a door that no doubt makes the other side appear just as trippy. 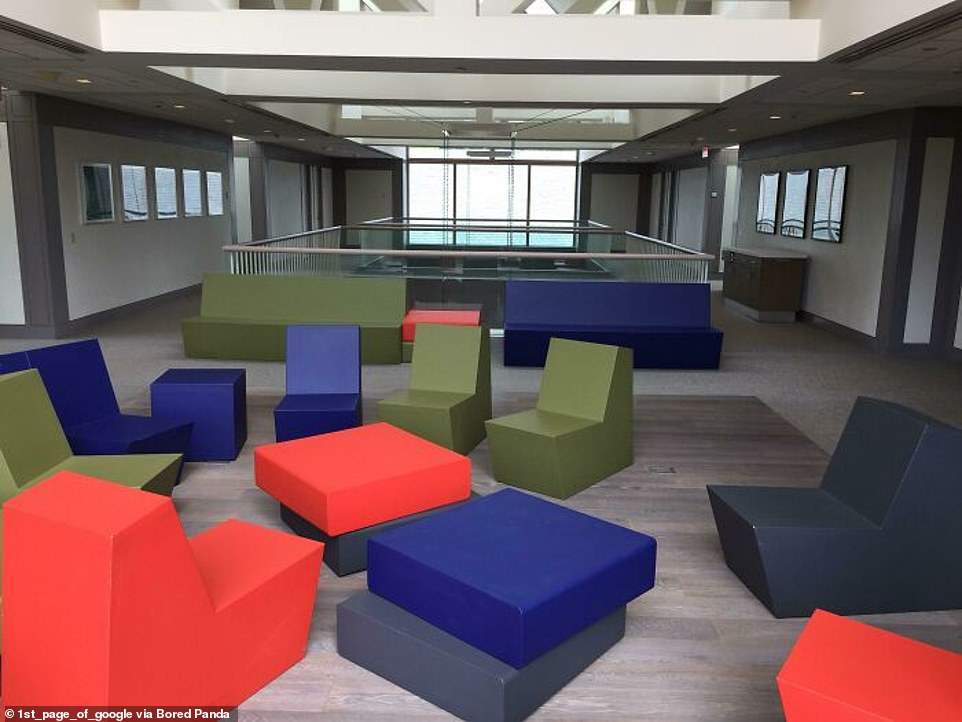 Anyone would be forgiven for thinking this was an architect’s mock up of a future room, but it’s actually an office lobby with chairs that look unnervingly computerized. 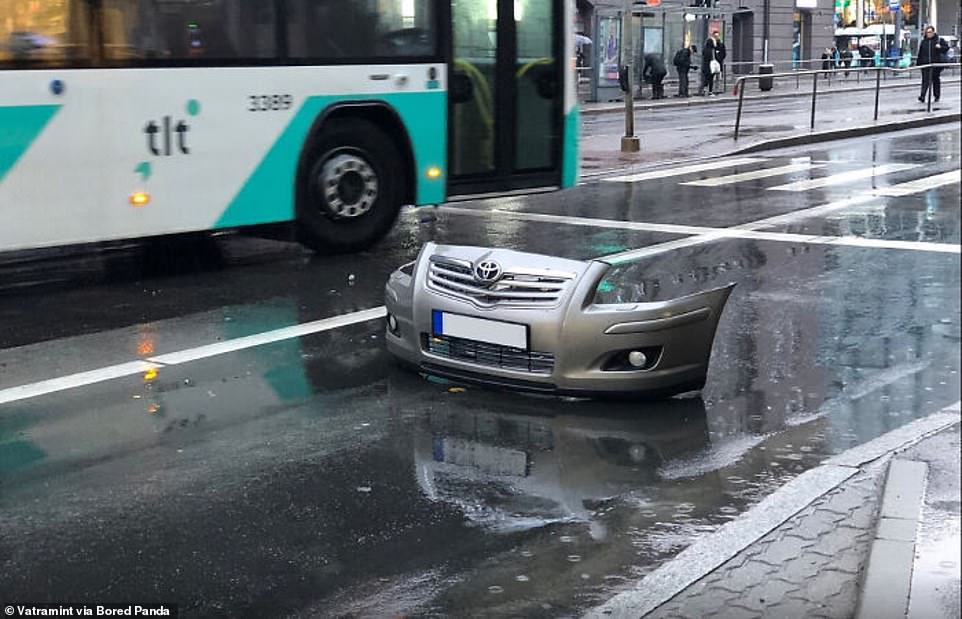 A car from another dimension? This debris left over from a crash in Tallinn, Estonia, looks just like a car poking out from another universe. 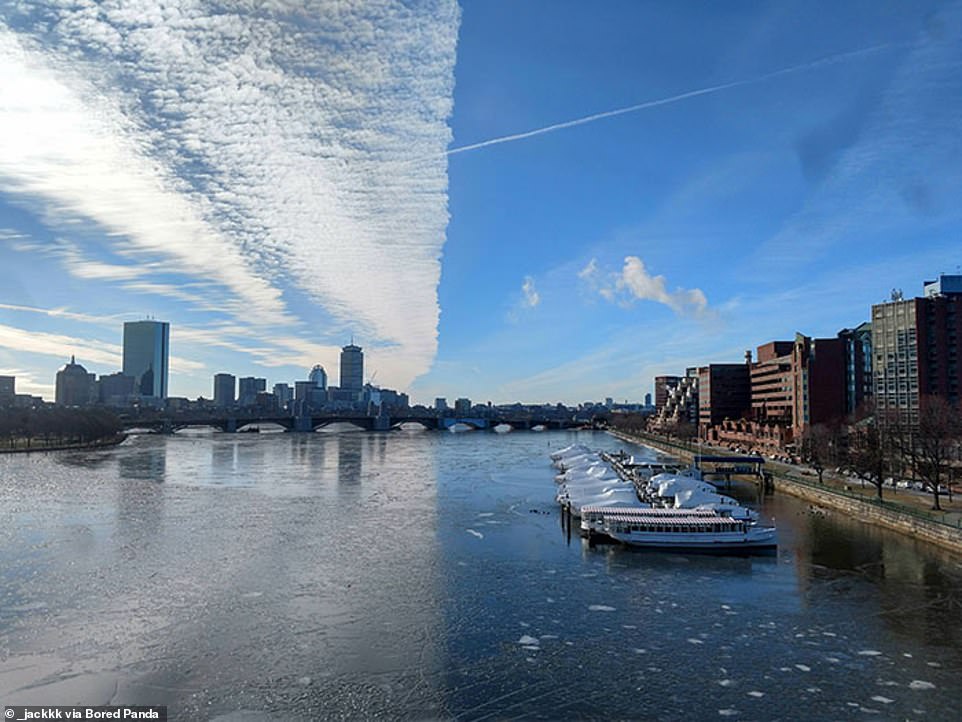 This incredible scene depicts a moment in time not likely to happen often as a harsh line between weather patterns can be seen dividing the world into two. 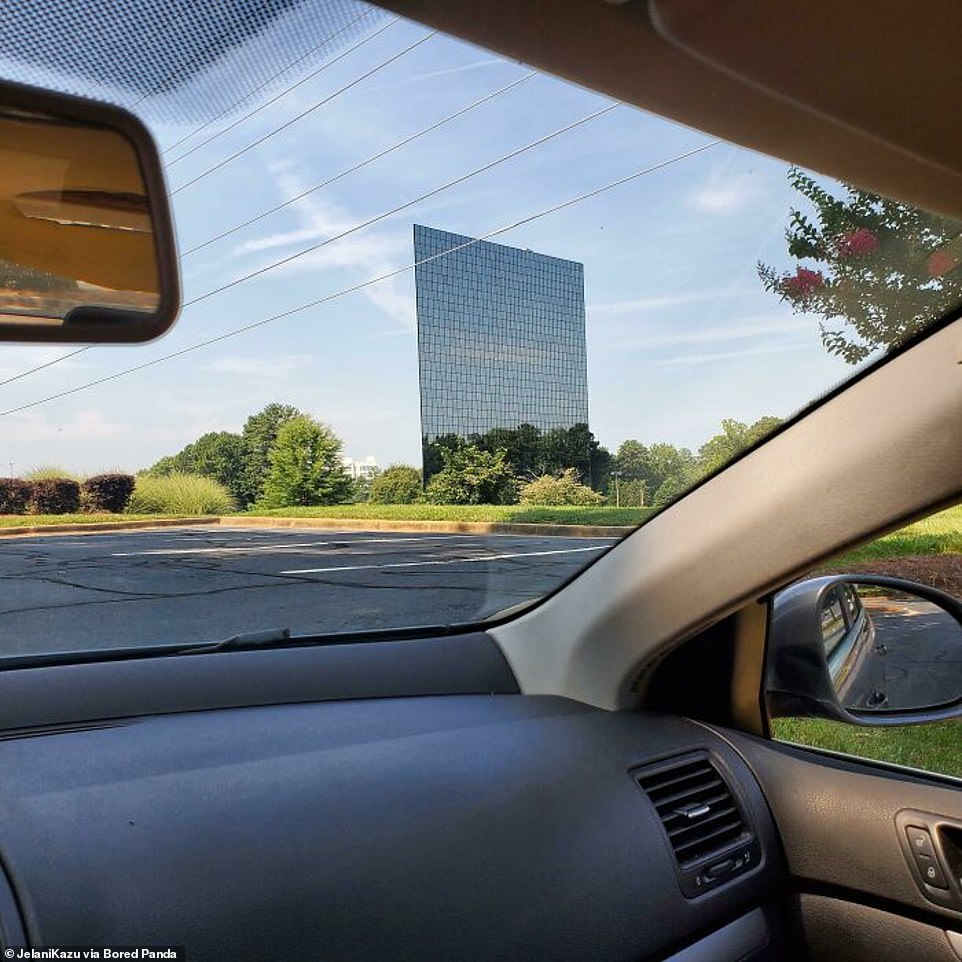 Despite looking like the boundary of a simulation, this is in fact a triangular building with a very shiny face. 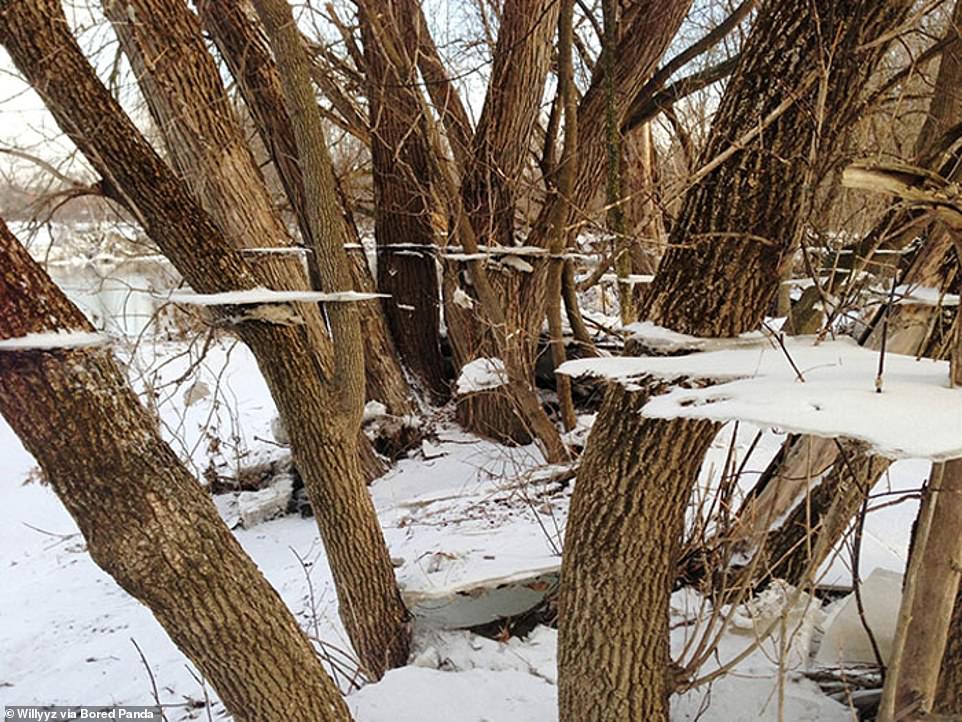 A flood that later washed away left behind these amazing cloud-like frozen ice blankets suspended in the air. 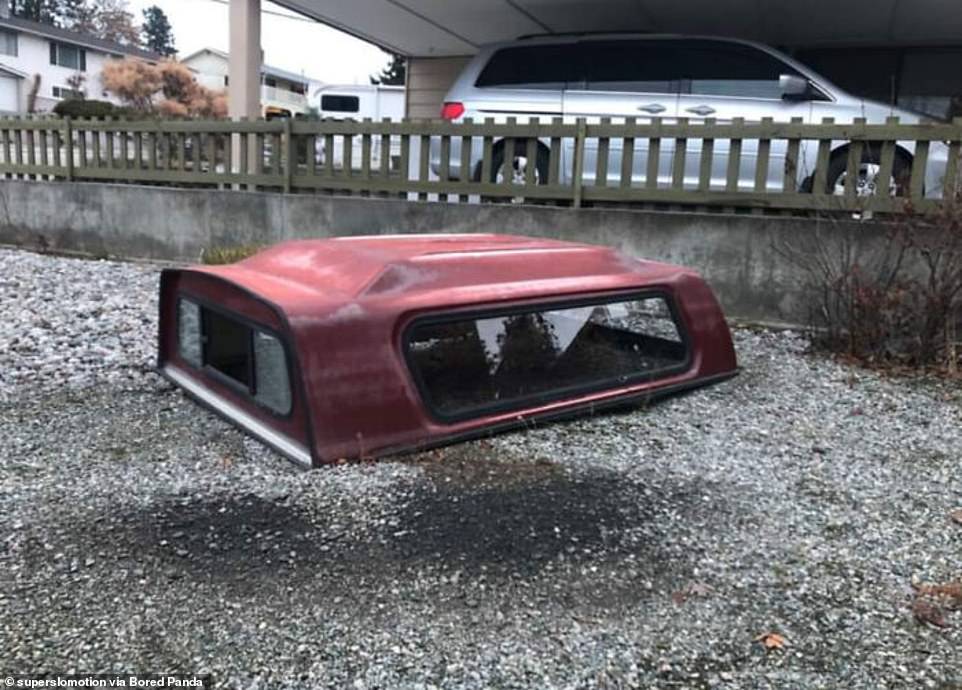 This car’s remains look exactly like they’re floating two feet off the ground all thanks to a dark stain to the right of it. 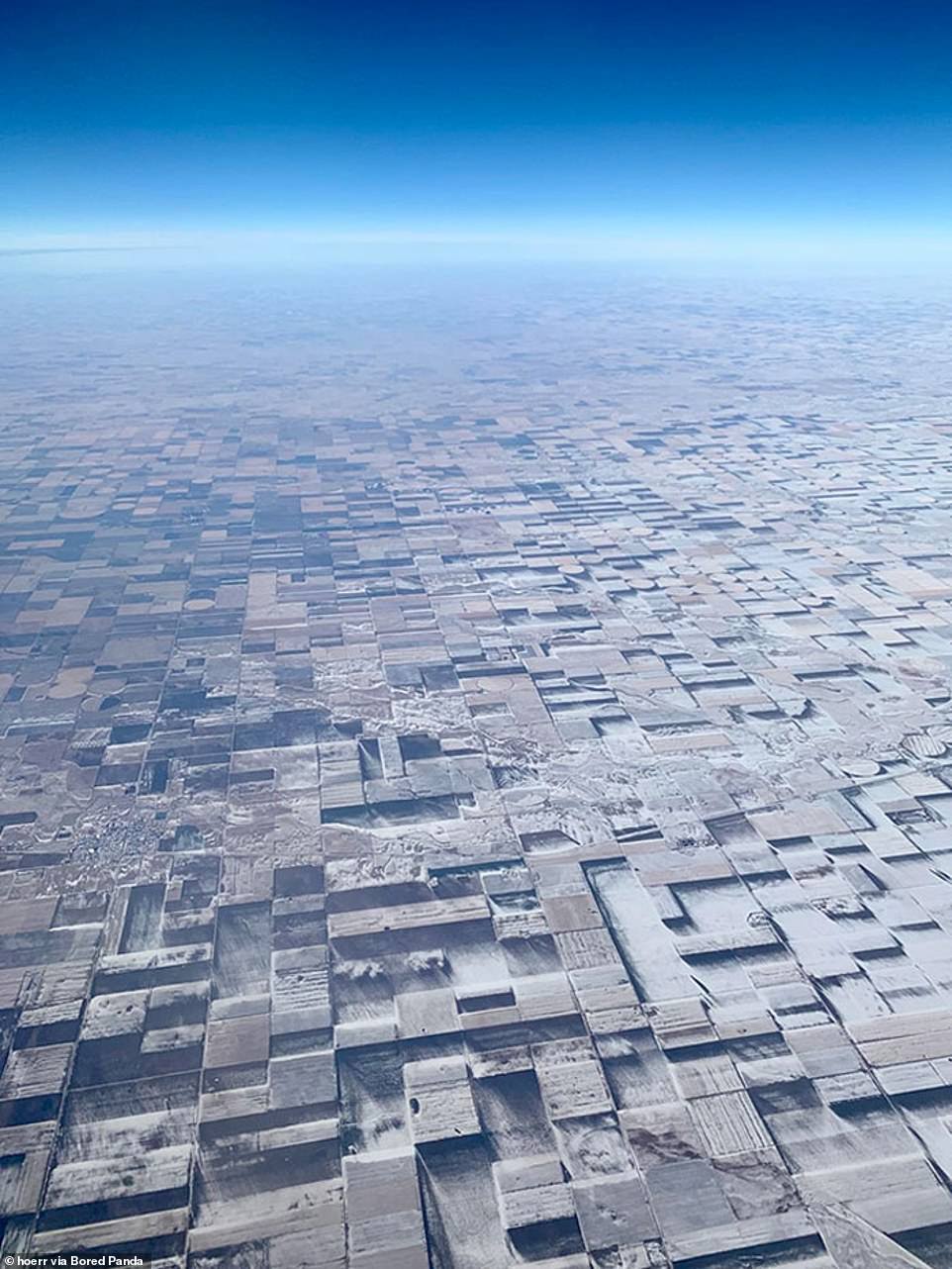 This Eastern Colorado farmland is actually completely flat, but windblown snow has given it a 3D illusion. 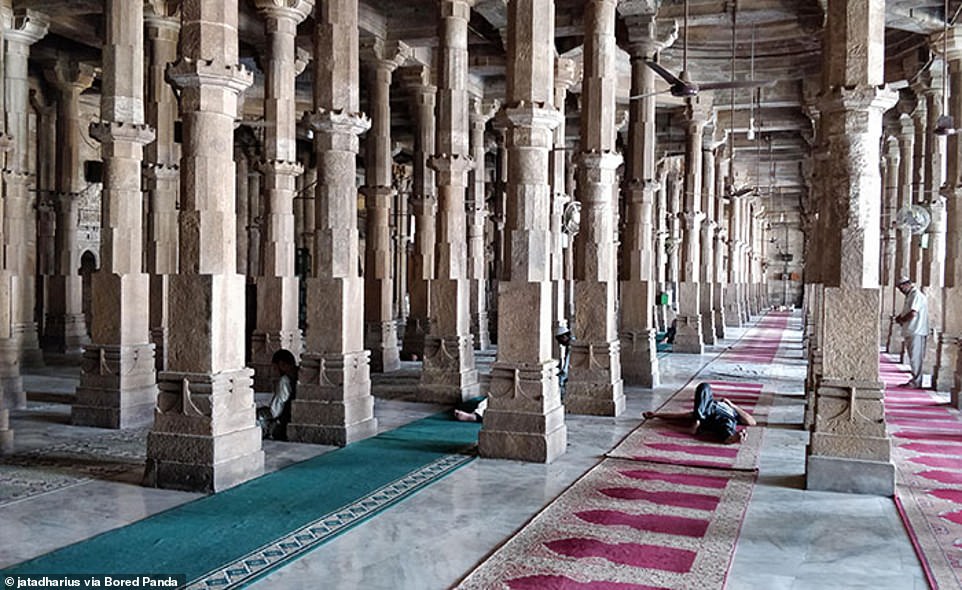 No, the world hasn’t shifted slightly to the right, this is actually the mosque Jama Masjid, in Ahmedabad, which was built in 1424. 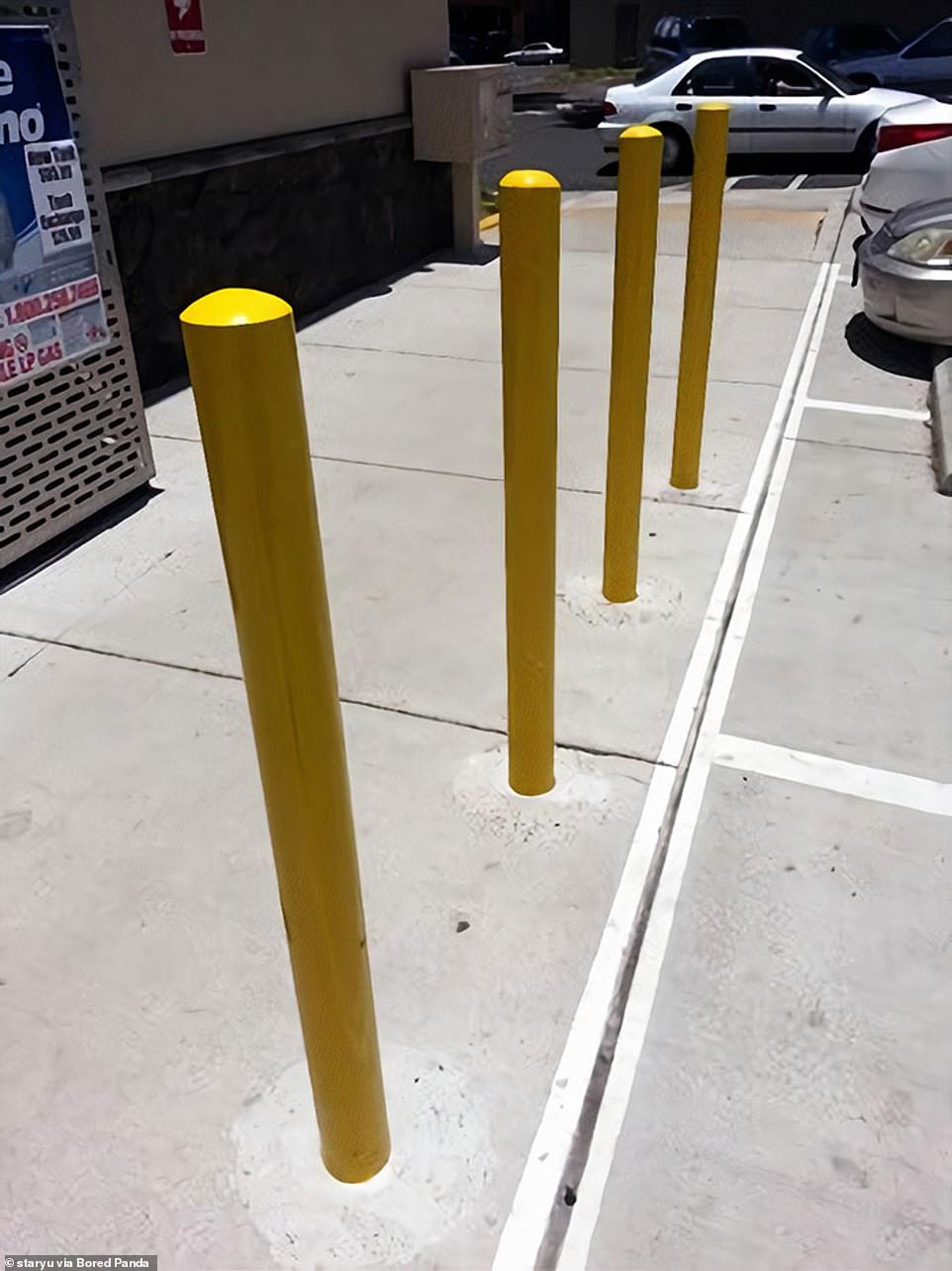 A Hawaiian phenomenon called Lahaina Noon, where the sun shines directly overhead, makes these bollards appear as if they’ve been made by CGI.

So boats can fly now? Thankfully not, instead, the difference in air temperatures can bend the light to anyone standing on the coast. 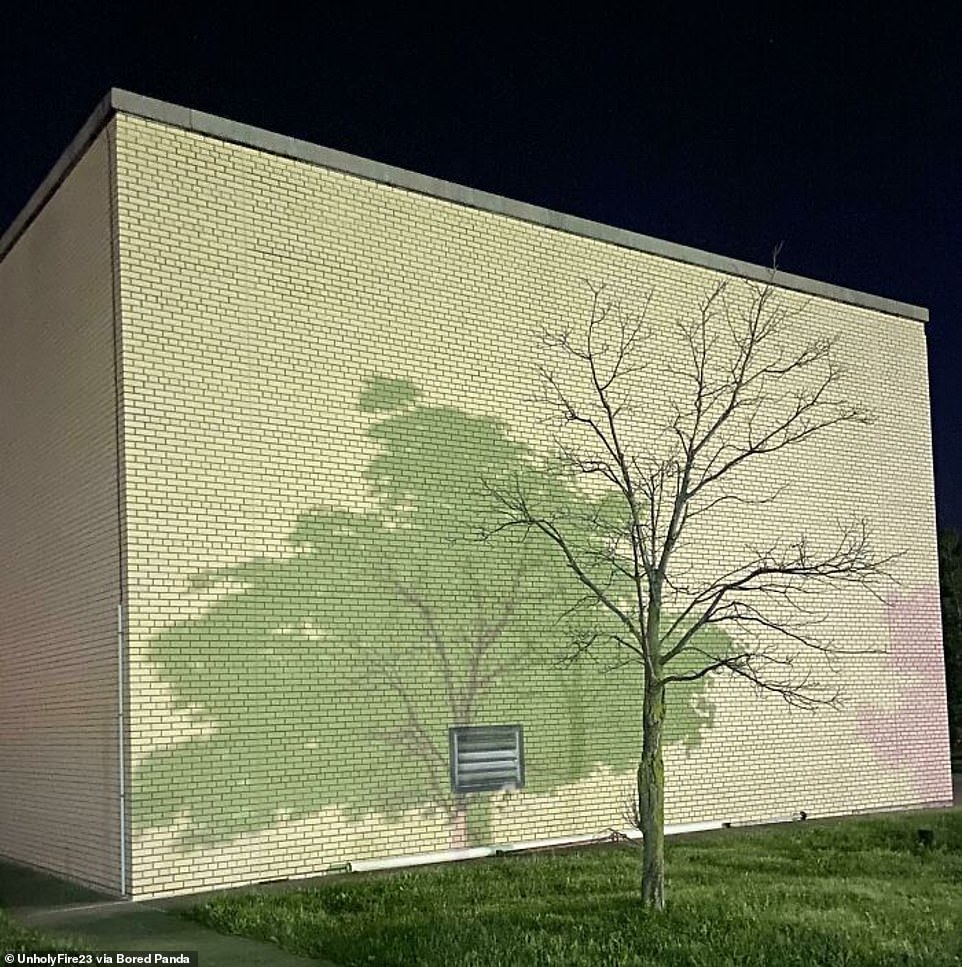 This car park tree with another, bigger tree directly in front of it has created the perfect cartoon. 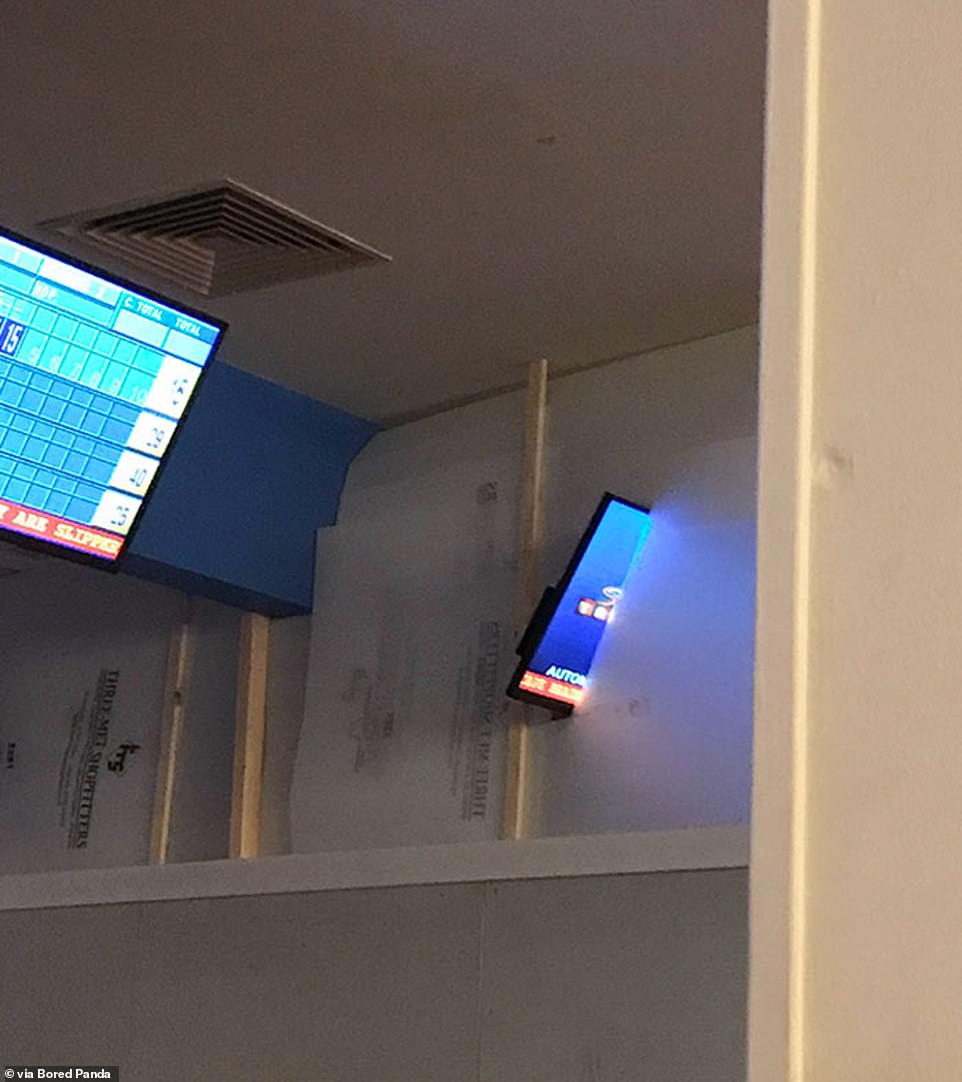 This isn’t some bad programming in The Sims, but some terrible planning and construction in real life. 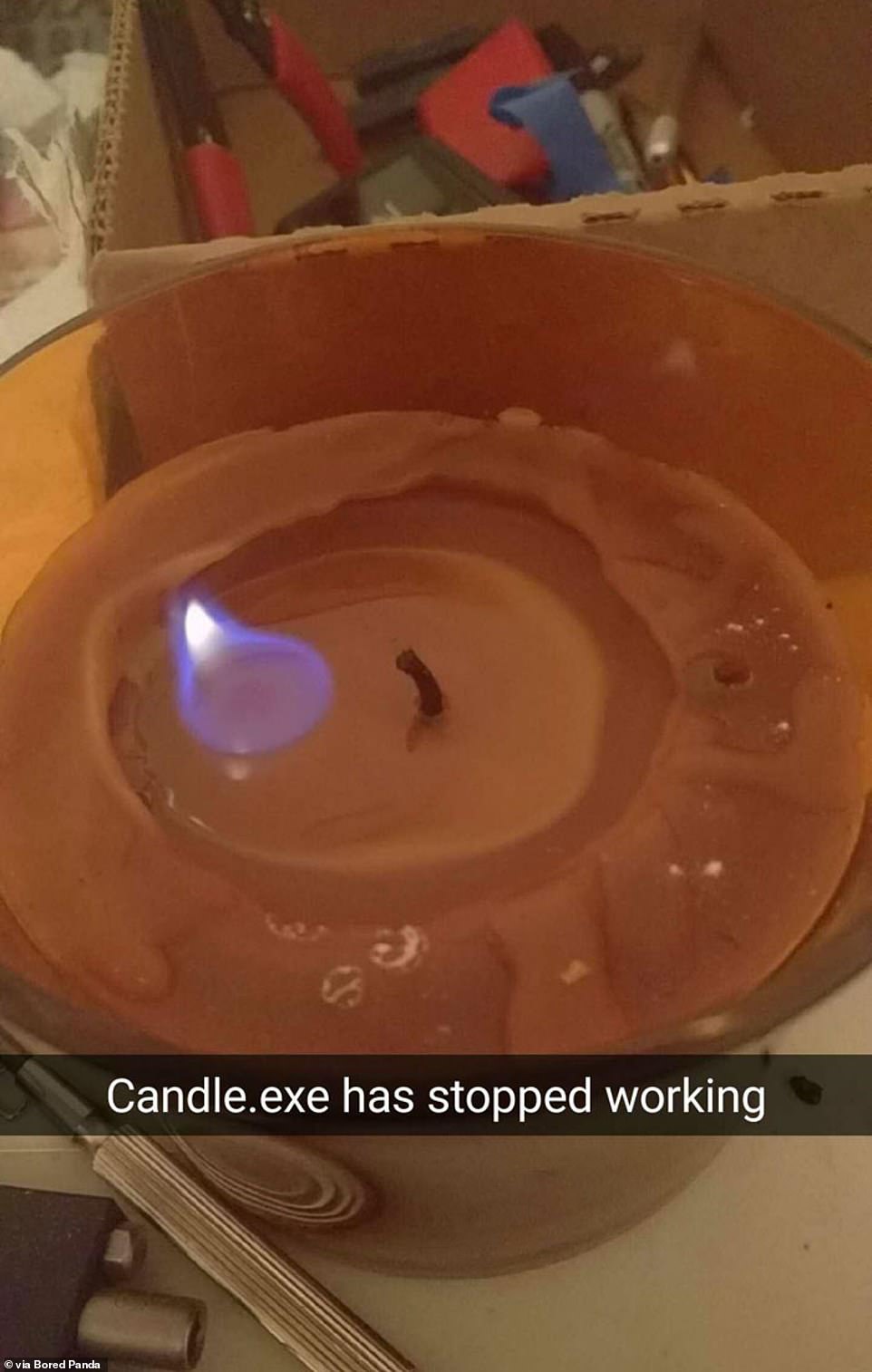 So close yet so far! This candle wick looks as if it malfunctioned in a computer glitch and forgot which part was supposed to be burning. 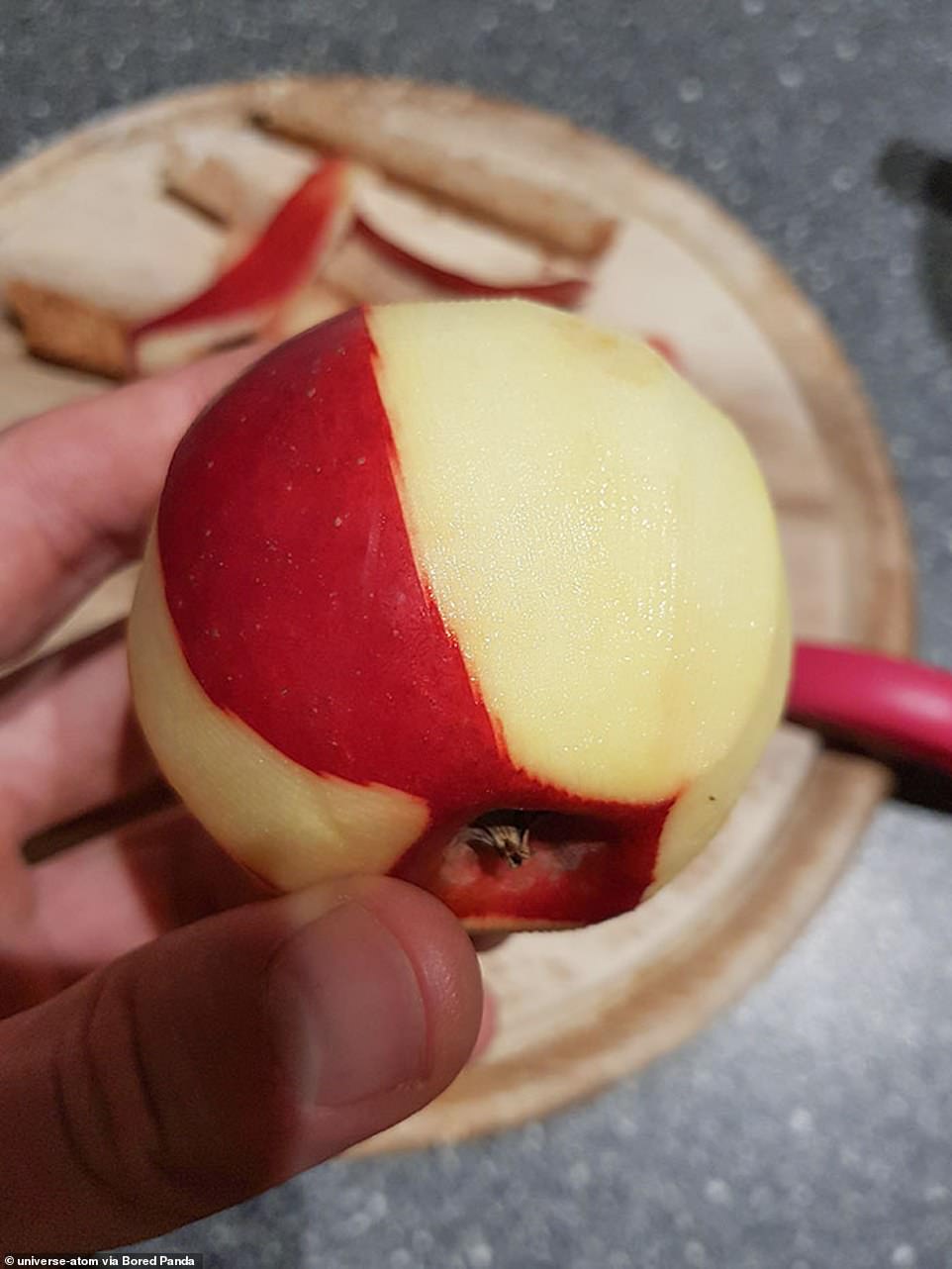 This apple, cut and peeled with a serrated knife looks completely pixelated where its skin meets its flesh. 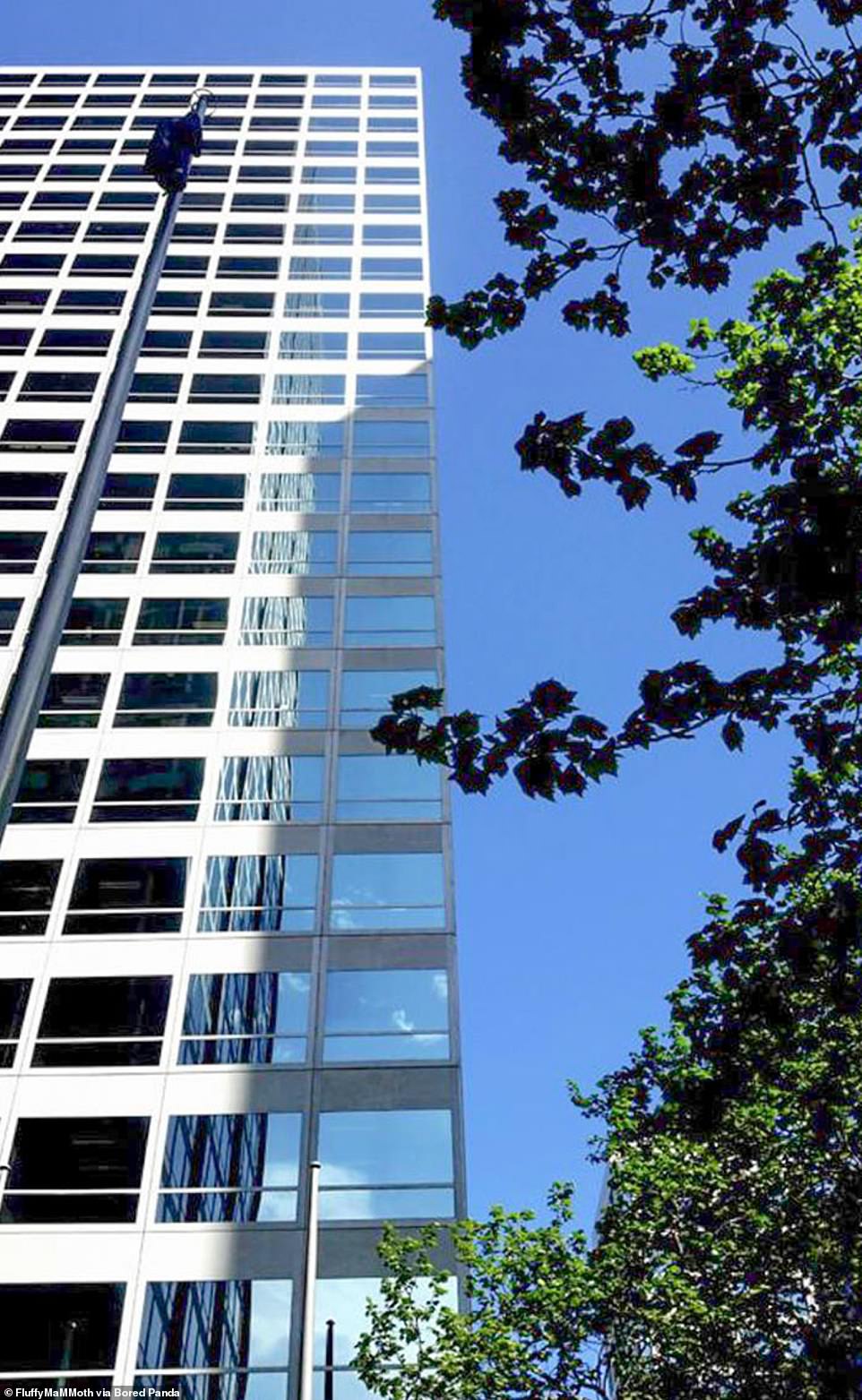 Is this a completely see through part of a building? Perhaps not, consider this – mirrored windows…

Who's the Actress in the Bathroom in Taylor Swift's "All Too Well"? We Have Theories 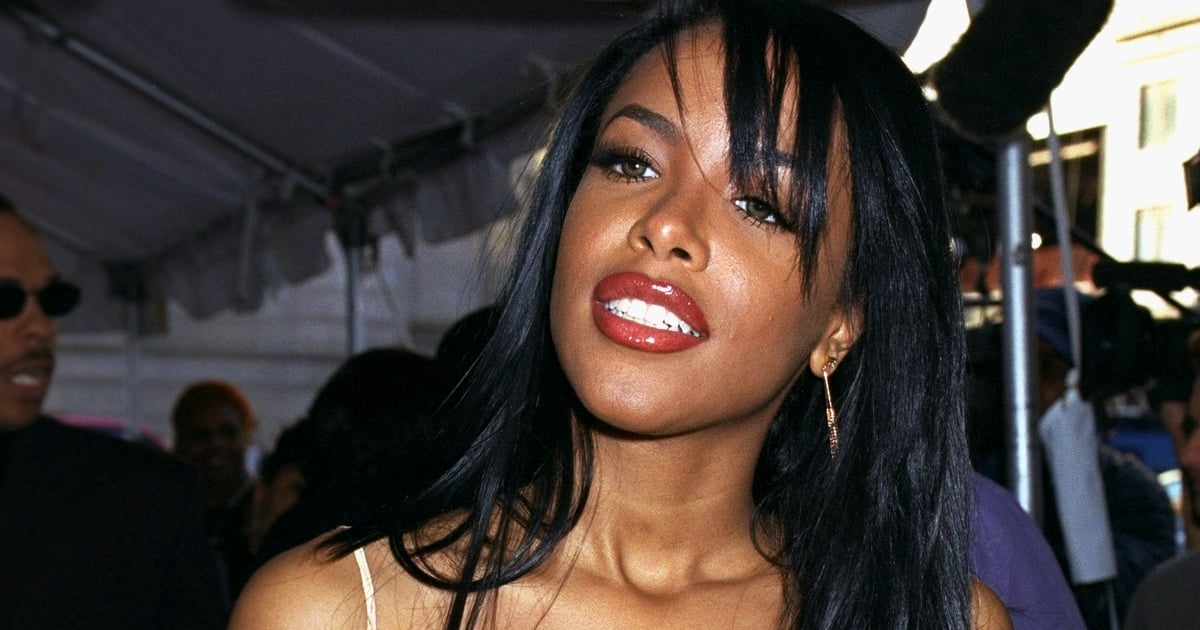 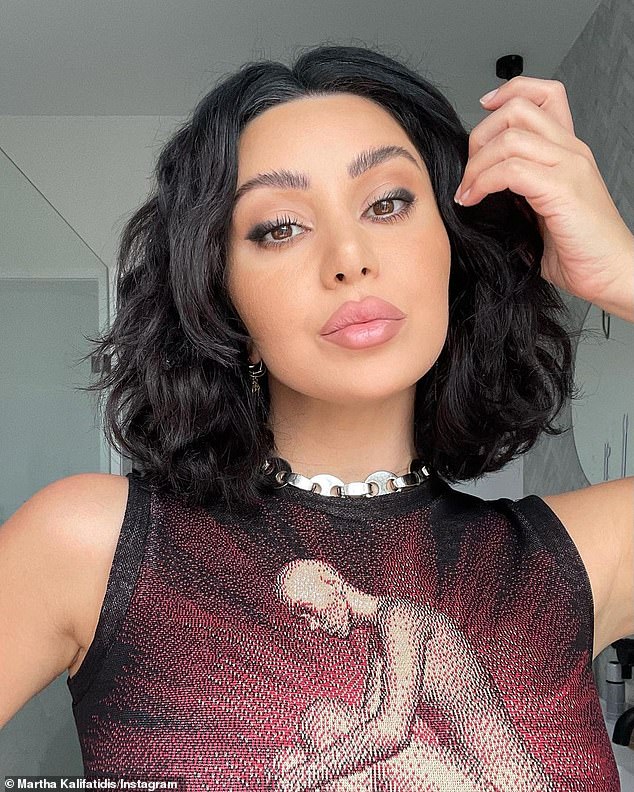 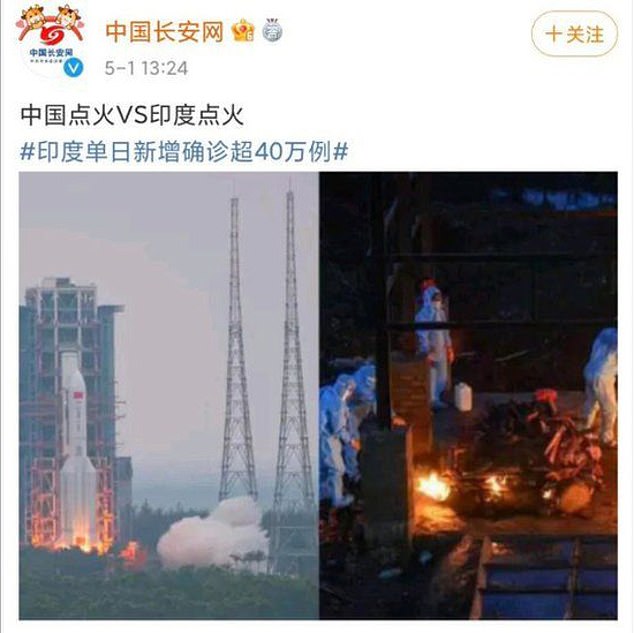 MEGHAN MCCAIN: I got Covid, it made me doubt if America will recover. It WILL but not with Biden
16 mins ago

Best NFTs To Invest In For High Profits January 2022 – InsideBitcoins.com
55 mins ago