The owners of a former Christian reform school for girls in southwest Missouri have been charged with more than 100 counts over alleged horrific sexual, emotional and physical abused of the students.

Sixteen former residents of the Circle of Hope Girls Ranch in Cedar County say Boyd and Stephanie Householder frequently restrained them with handcuffs, whipped them with belts, taped their mouths shut and struck or punched them for minor offenses such as drinking from a spring or singing.

The couple’s daughter Amanda, who attended the school, started posting TikTok videos about the alleged abuse she and her peers suffered, prompting other girls to come forward.

Boyd Householder (pictured), 71, is charged in 22 counts with having sexual contact, including sexual intercourse, with one girl who was younger than 17 at the time

Boyd Householder, 71, is charged in 22 counts with having sexual contact, including sexual intercourse, with one girl who was younger than 17 at the time.

The couple pleaded not guilty at an arraignment Wednesday afternoon. A bond hearing was scheduled for next Wednesday.

Attorney General Eric Schmitt said during a news conference Wednesday that the alleged victims also said they were forced to shovel manure for hours on end, stand with their noses against a wall while handcuffed for days at a time, and were locked in rooms without beds or lights.

He said: ‘Today, my Office has filed a total of 102 criminal charges against Boyd and Stephanie Householder, proprietors of the now-defunct Circle of Hope Girls Ranch and Boarding School.

‘The charging documents allege extensive, and horrific, sexual, physical, and mental abuse perpetrated by the Householders.

‘There are no words that I can say here today to describe the mixture of great sadness, horror, disgust and sympathy that I feel about these reports of cruel and almost unbelievable abuse and neglect,’ Schmitt said. ‘We intend to do everything in the power of this office to get justice for these victims.’ 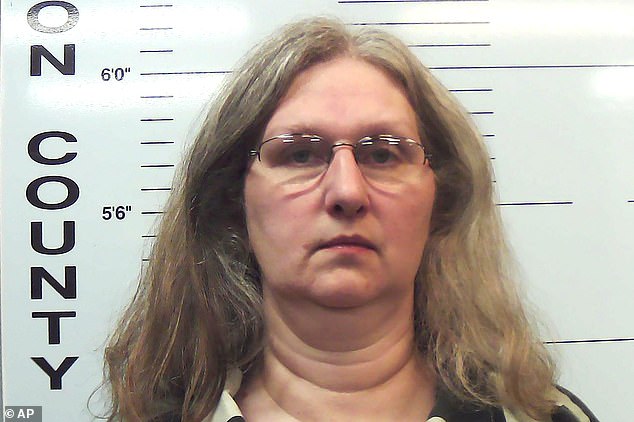 Stephanie Householder, 55, was charged with 22 counts, most involving abuse or neglect of a child

Schmitt said Boyd Householder also told at least seven girls the ‘proper way’ to commit suicide, and he’s accused of forcing a girl to drink at least 220 ounces of water, run a mile until she vomited and then run again.

The Householders were charged Tuesday and are being held in the Vernon County Jail.

Boyd Householder faces 79 felony and one misdemeanor charge, including several counts of statutory rape, statutory sodomy, and abuse and neglect of a child.

Stephanie Householder, 55, was charged with 22 counts, most involving abuse or neglect of a child.

Her charges do not involve sexual contact. She is also accused of restraining students and allowing her husband to have continued contact with several girls after he physically assaulted them.

‘With 16 victims so far, we believe this to be one of the most widespread cases of sexual, physical and mental abuse practiced against young girls in Missouri history,’ Schmitt said. 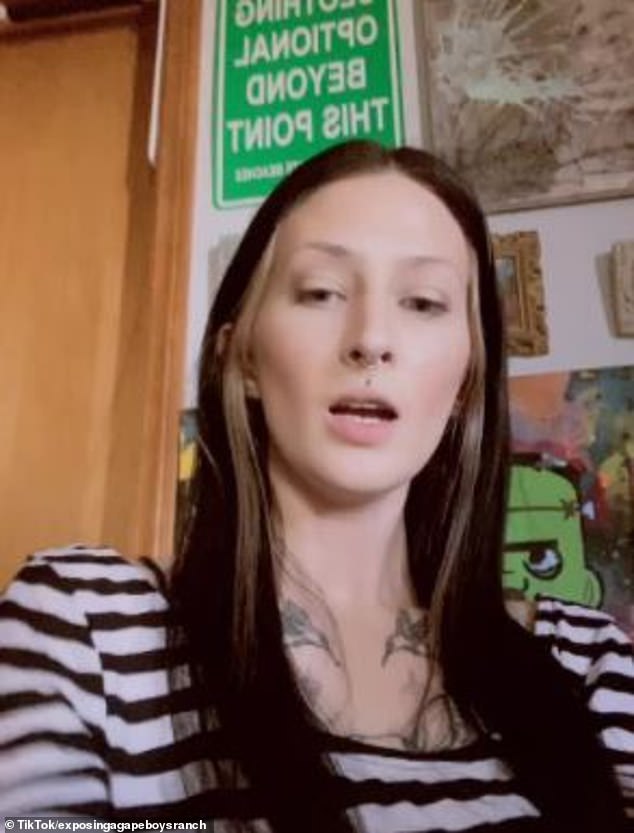 The couple’s daughter Amanda (pictured), who attended the school, started posting TikTok videos about the alleged abuse she and her peers suffered, prompting other girls to come forward

He declined to say the ages of the victims who have come forward, describing them only as girls and young women. Circle of Hope closed in August after investigators removed about two dozen girls. Many of the girls were sent to the home from out-of-state.

The charges came after an investigation by law enforcement in Cedar County and elsewhere that started when former residents of the home made allegations against the Householders on social media.

Online court records do not name attorneys for the Householders.

The Householders told The Kansas City Star in September that the allegations were lies prompted by their estranged daughter and girls who have not been successful in life after leaving the ranch.

‘They’re angry and they’re bitter, and they want to blame somebody,’ said Stephanie Householder. ‘They feel like they’re victims, and they just want to take their anger out on somebody.’ 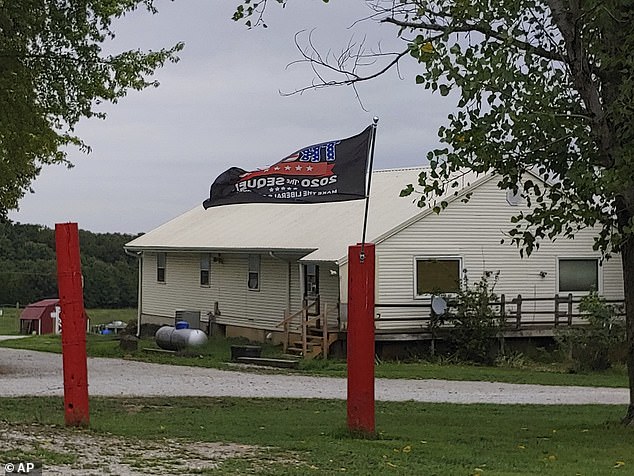 The Householders’ estranged daughter, Amanda, has said she was kicked out of the home when she was 17 because of disagreements with her parents.

She led efforts to have Circle of Hope shut down and says she ‘100 per cent’ believes the allegations against her parents.

But the announcement of charges is bittersweet.

‘It didn’t really hit me until I saw their mug shots,’ she told The Star. ‘I don’t want my parents to go to jail. That’s something that I never wanted. But I’m happy they’re being held accountable.’

Schmitt said the investigation continues and urged anyone who was a victim or knows of further cases of abuse to contact his office.

Four former residents of the boarding schools have filed lawsuits alleging they were abused while they lived there. All the lawsuits were filed under the names ‘Jane Doe.’

Under Missouri law, faith-based boarding schools such as Circle of Hope are not subject to state oversight and are not required to be licensed. Circle of Hope described itself as a school that used the Bible to teach the girls proper behavior.

After The Star published an investigation of faith-based homes last year, Democratic Rep. Keri Ingle, of Lee´s Summit, and Republican Rep. Rudy Veit, of Wardsville, introduced identical bills that would require some regulation of these unlicensed schools.

The Missouri House Committee on Children and Families unanimously passed those measures last month and they are expected to be considered by the full House. 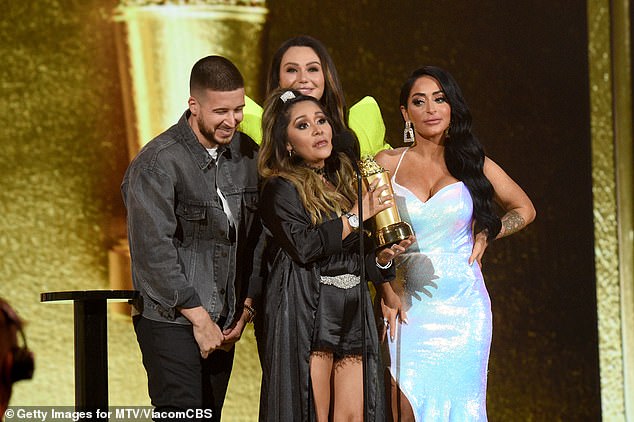 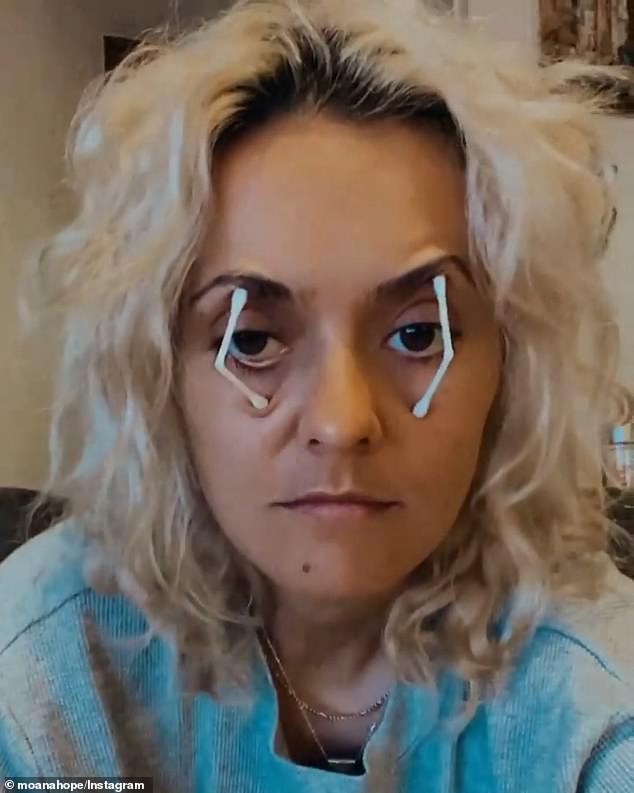 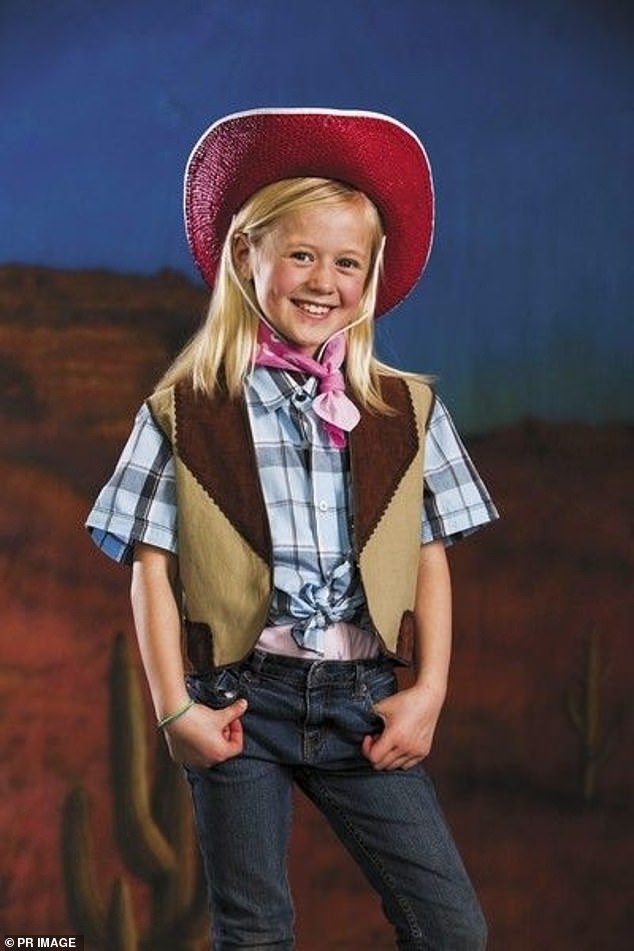