Hundreds of university professors slammed a ‘woke’ math movement that eliminates calculus in favor of social justice principles, saying the curriculum leaves children unprepared for higher education and puts the US at a global disadvantage.

The missive, titled ‘Open Letter on K-12 Mathematics,’ was published December 6 and signed by 746 math teachers and professors, including many from Ivy League schools.

The letter takes specific aim at a proposed curriculum in California, called the California Mathematics Framework, which seeks to shift away from rigorous math courses to help close the achievement gap faced by underprivileged students, specifically those that are black, Hispanic or from low-income families.

‘Such frameworks aim to reduce achievement gaps by limiting the availability of advanced mathematical courses to middle schoolers and beginning high schoolers. While such reforms superficially seem “successful” at reducing disparities at the high school level, they are merely “kicking the can” to college.’

Pictured: the open letter from 746 math teachers and professors, who blasted the ‘woke’ mathematics movement that began in California back in late 2019 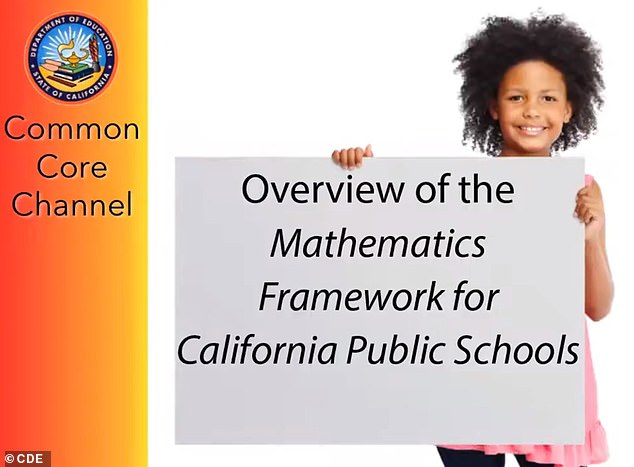 The movement began with California’s Mathematics Framework, and pushes Algebra 1 back to 9th grade, removes parts of calculus, while applying social justice concepts to math lesson

The CMF would push Algebra 1 back to 9th grade and remove large parts of the calculus curriculum, while applying social justice concepts to math lessons.

The open letter said that taking away advanced math programs will be ‘the height of irresponsibility’ and will ultimately be to the students’ detriment if they choose to pursue higher education.

For those that do enroll in college, the need for more introductory math courses at the university level to compensate for the lack of advanced high school math programs would likely cause students to need more time to graduate.

‘We all share the urgent concern that the benefits of a robust mathematical education, and the career opportunities it opens up, should be shared more widely between students of all backgrounds, regardless of race, gender, and economic status.’

‘We fully agree that mathematics education “should not be a gatekeeper but a launchpad,”’ the open letter reads.

Rebecca Pariso, one of the team members of educators tasked in late 2019 with creating California’s new mathematics framework, said she expected some controversy to come with the program, however she did not anticipate the national backlash.

Regardless, Parisio was one of the few vocal defenders the controversial math curriculum in replacing traditional STEM education.

‘The way things are set up, it’s not giving everybody a chance to learn math at the highest levels.’

‘We were transforming math education, and change is hard and scary,’ the math teacher at Hueneme Elementary School District added.

‘Especially if you don’t understand why that change needs to occur. But I didn’t expect it to go this far.’ 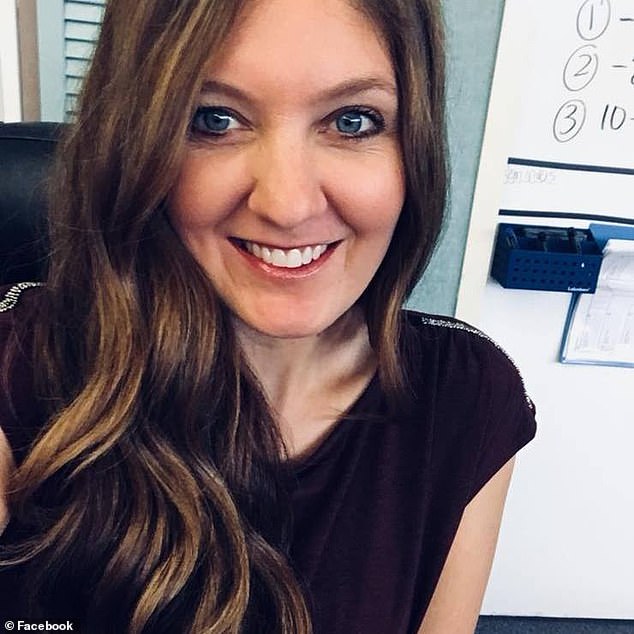 Rebecca Pariso, pictured, was one of the team members of educators tasked in late 2019 with creating California’s new mathematics framework, and has since defended the program 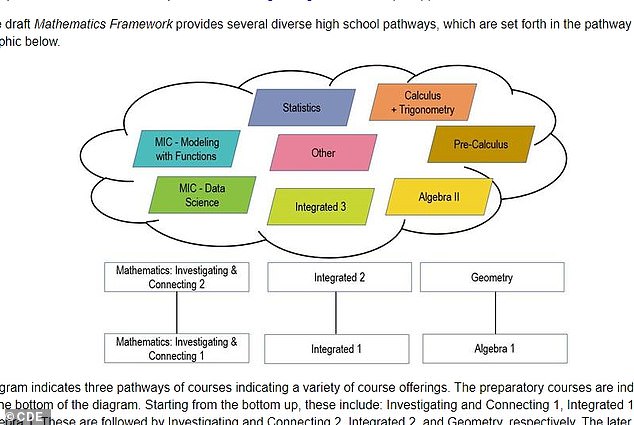 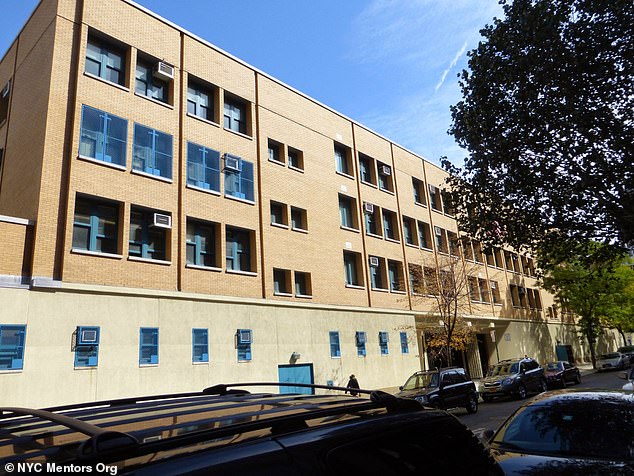 Administrators Lab Middle School for Collaborative Studies in Manhattan, pictured, were pressured to reinstate honors math classes in June after a number of complaints from parents

Pictured: the Robert Wagner Middle School on the Upper East Side has also looked to remove its honors math program despite a fierce backlash from parents

Meanwhile, the 746 educators and professors who signed the open letter insist that it is vital to adhere to the standards set by STEM – Science Technology Engineering Mathematics – which provides the critical thinking skills needed to excel in the future.

‘While it is possible to succeed in STEM at college without taking advanced courses in high school, it is more challenging. College students who need to spend their early years taking introductory math courses may require more time to graduate,’ the letter says.

In July, the California Board of Education announced they were going to push back against implementing the ‘woke’ overhaul of its mathematics curriculum, after opponents to the framework’s movement argued the plan needlessly inserts politics and social justice measures into lessons, according to Fox News.

However, many schools have eliminated standardized testing in the wake of the COVID pandemic and have lowered math standards.

Parents across the country have echoed the professors’ coalition in revolting against several Department of Education schools where accelerated math programs have been suspended.

‘A part of math is learning things that are not authentic to life.’

Administrators at one of those schools, Lab Middle School for Collaborative Studies in Manhattan, were pressured to reinstitute honors math classes in June after a number of complaints from parents.

The Robert Wagner Middle School on the Upper East Side has also looked to remove its honors math program despite a fierce backlash from parents.

The California Mathematics Framework, created in late 2019, has caused widespread backlash after implementing a ‘woke’ approach to mathematics curriculum for grades K-12.

Now, the movement has started to be adopted by schools across the country, with parents and a coalition of 746 professors lashing out at the concept.

The framework’s curriculum itself, which is about 800 pages long, consists of some of the following ‘woke’ excerpts:

Data Science for Equity and Inclusion Educators can offer social and emotional support to students by designing engaging lessons that allow students to connect in meaningful ways with content.

Traditional mathematics lessons that have taught the subject as a set of procedures to follow have resulted in widespread disengagement as students see no relevance for their lives.

This is particularly harmful for students of color and for girls—who receive additional harmful messages that mathematics is not for them.

Studies… show that many students, particularly girls and students of color, do not feel that they belong in certain disciplines. These feelings often due to a history of negative and off-putting messages.

Other studies have shown that different topics and teaching approaches can lead to feelings of belonging or not belonging.

Share with students examples of successful people inside data science, that highlight gender and racial diversity.

Data science represents an opportunity for students to question real sets of data, developing social awareness, and investment in the solutions they discover.

When working with secondary data sets (data obtained from others, rather than collected by students), teachers should choose meaningful content selected to create a connection with their learning and secure opportunities to hear the perspective of others, which will help them develop empathy.

Some teachers worry that they cannot provide culturally sustaining connections for their classes because they lack expertise in the cultures of all their students, but real data sets from different communities provide opportunities for students to bring their own knowledge and expertise to data rich problems. 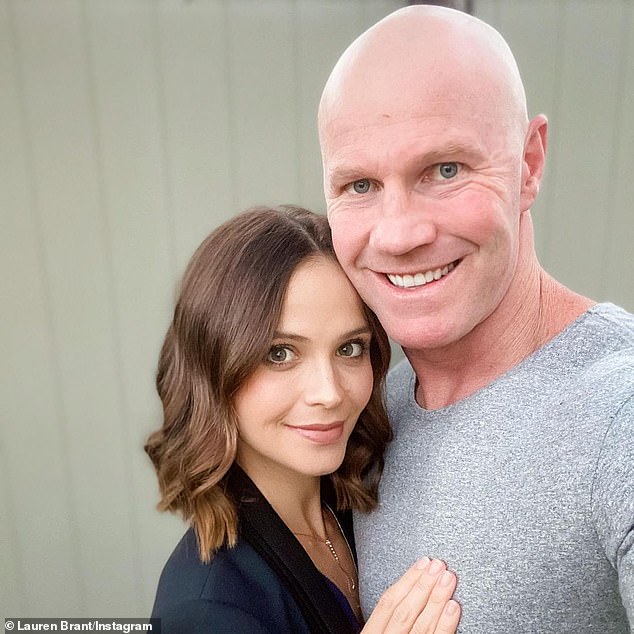 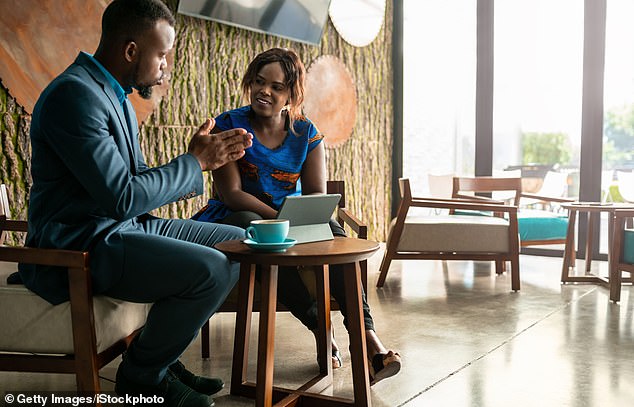 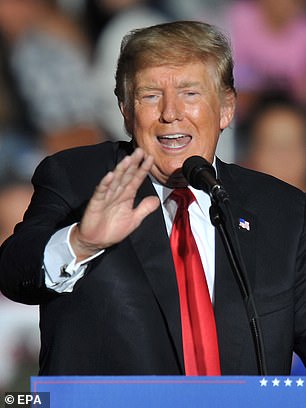 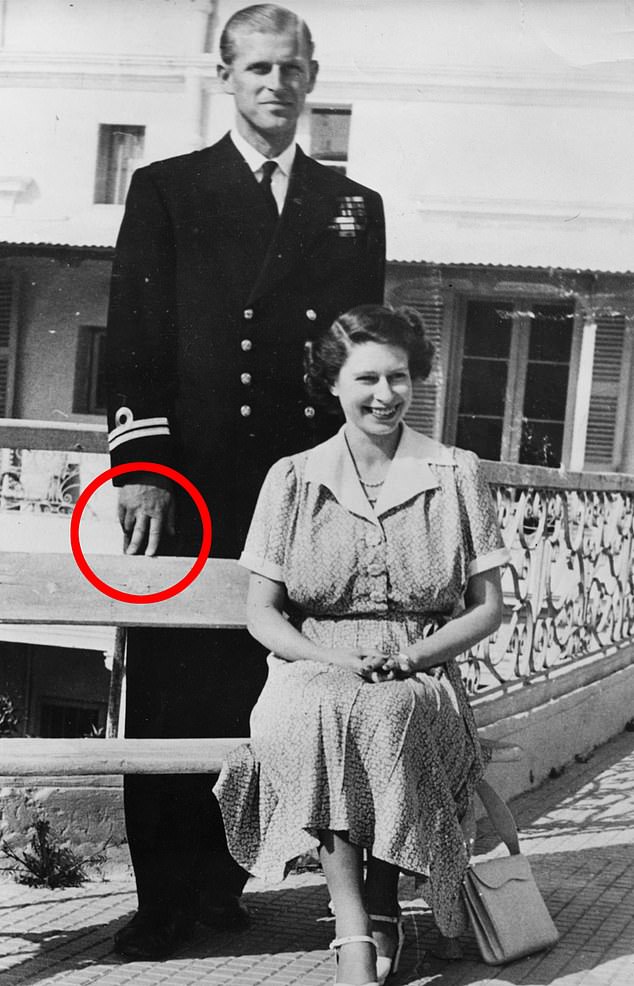 The Sudden Boom In The World Of Crypto Exchanges – InsideBitcoins.com
32 mins ago