Huma Abedin and her estranged husband, former congressman and convicted sex offender Anthony Weiner, were spotted shopping in New York City on Wednesday, just one day after she claimed she was sexually assaulted by an unnamed U.S. senator.

The high-profile exes have occasionally been seen out together since they filed for divorce in 2017 following Weiner’s sexting scandal with a 15-year-old girl.

Photographs taken Wednesday show the pair – who have reportedly separated but are not yet divorced – walking through Manhattan’s East Village together as Abedin, who is on the phone, carries a reusable grocery tote.

She is also seen pushing a fully loaded shopping cart at Target. Weiner did not appear to be near her at that time.

Abedin and Weiner appear to have remained civil despite their pending divorce. They are said to be committed to co-parenting their only child, but have no interest in a romantic reunion. 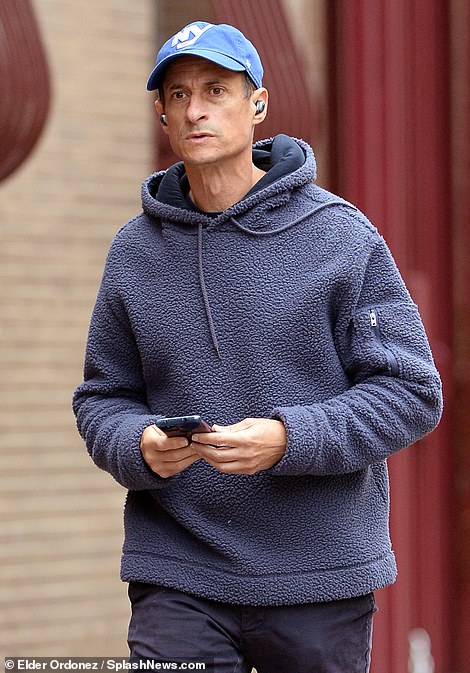 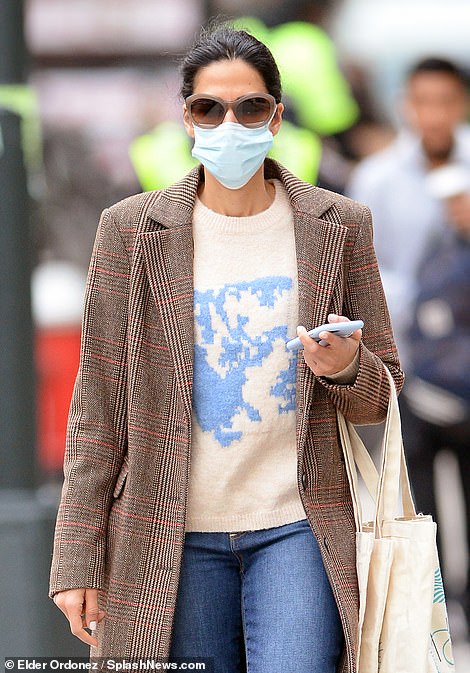 The high-profile exes are seldom seen out together since they filed for divorce in 2017 following Weiner’s (left) sexting scandal with a 15-year-old girl. Abedin (right) and Weiner appear to have remained civil despite their pending divorce 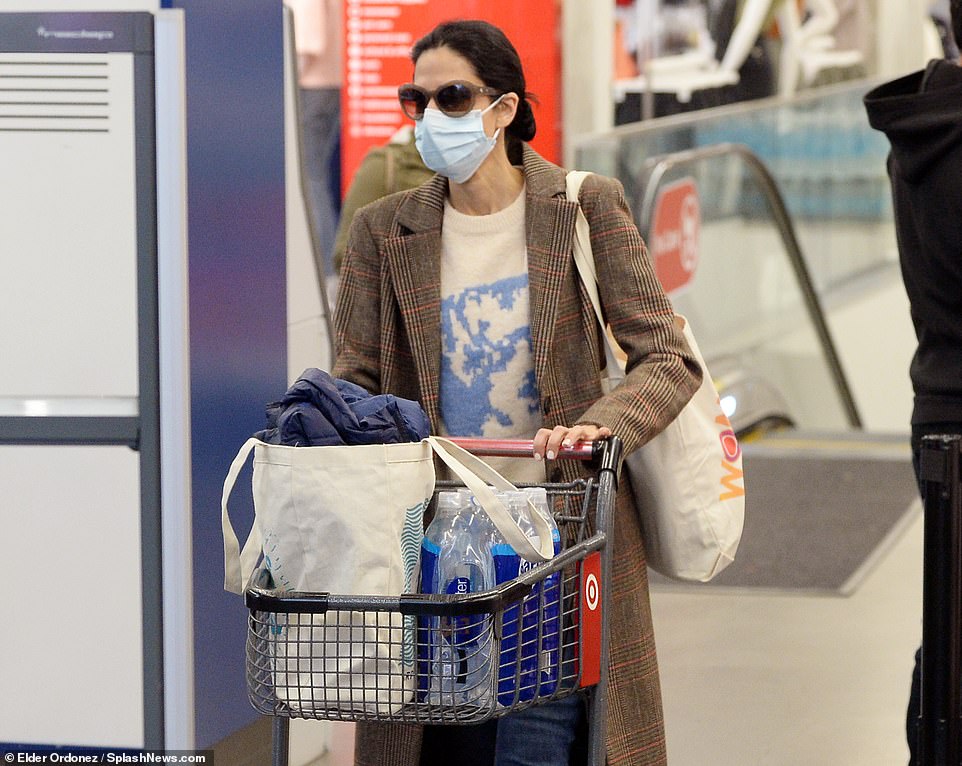 The outing comes ahead of the release of the longtime Hillary Clinton aide’s memoir Both/And: A Life in Many Worlds – out next week – which addresses her bombshell allegation against an unnamed senator.

Abedin, who was able to put the incident out of her mind for years, shared that it was not until Christine Blasey Ford was testifying about her alleged assault by Supreme Court Justice Brett Kavanaugh in 2018 that the memory resurfaced.

She did not name the senator or his political party. She wrote about a Washington dinner, sometime after Donald Trump‘s wedding to Melania in 2005, before she was with Weiner. She and Weiner married in July 2010.

Later, in 2011, Weiner confessed to accidentally posting a crotch picture in his grey boxers on Twitter after convincing her for a week that it was ‘the work of a hacker,’ and Abedin was ‘filled with rage’ and ‘stunned to the core,’ she also wrote in her book.

Abedin wrote that she attended the 2005 dinner without Clinton, then-senator from New York, with ‘a few senators and their aides,’ according to a copy of the book obtained by The Guardian. 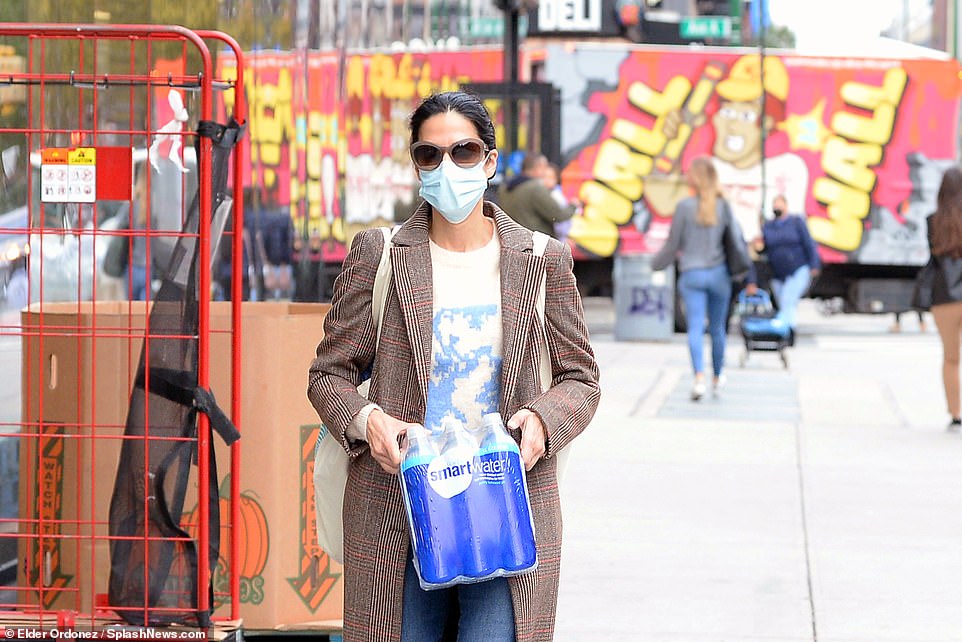 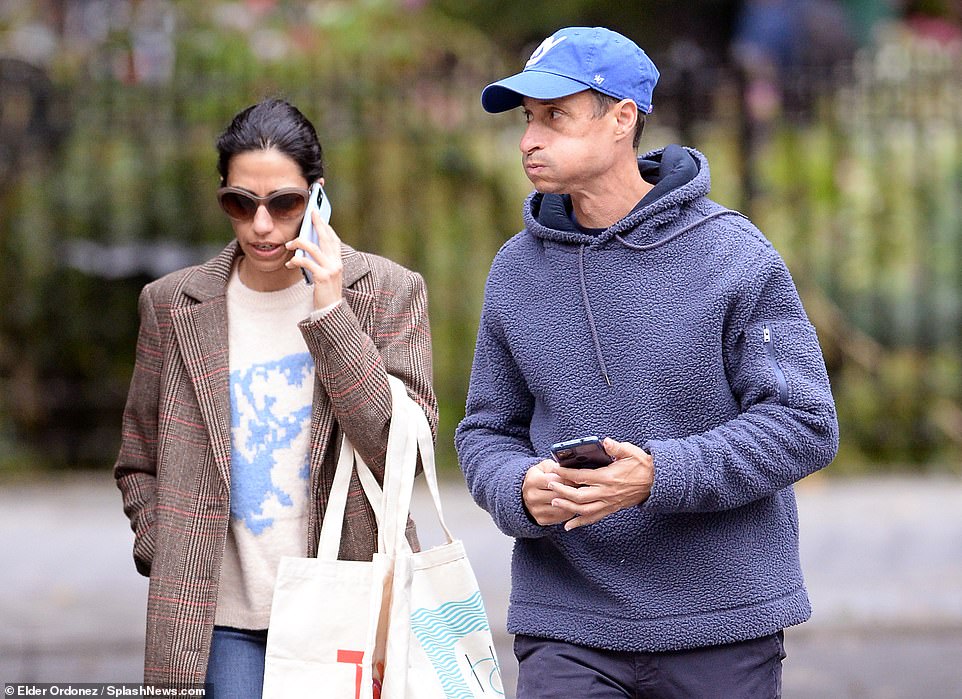 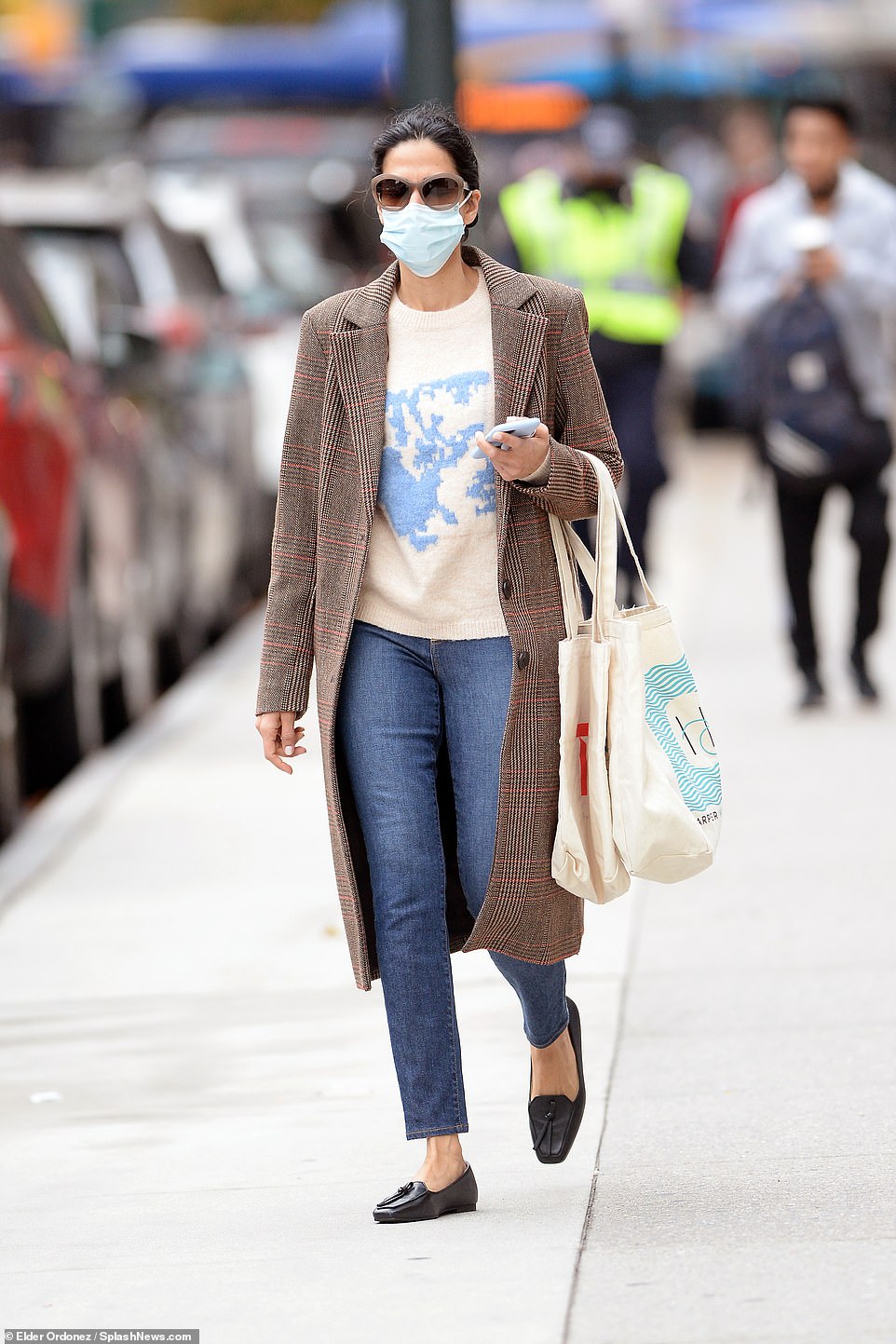 Abedin is spotted in New York City on Wednesday, just one day after it was revealed her upcoming memoir will address allegations of sexual assault against an unnamed US senator 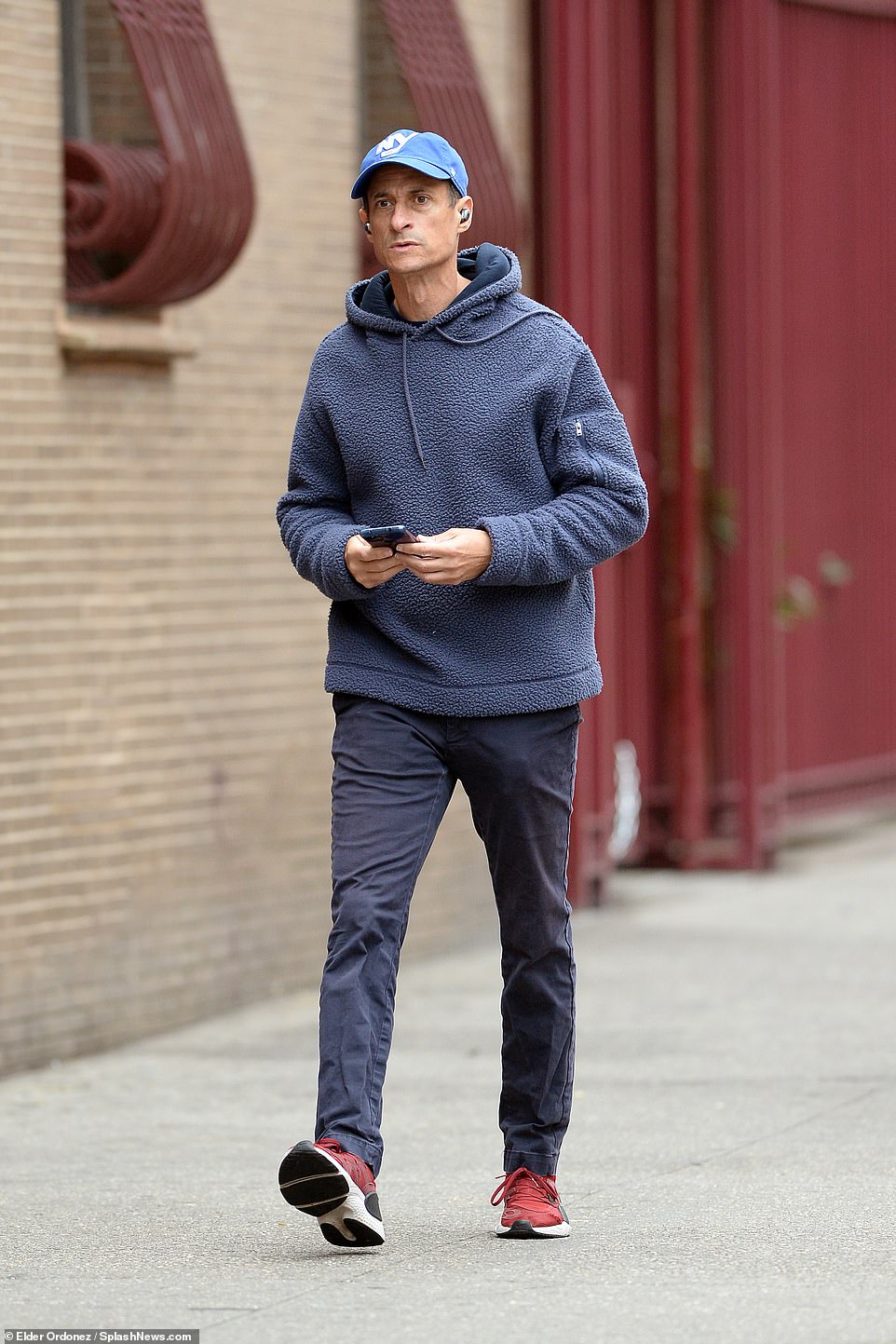 Weiner and Abedin are said to be committed to co-parenting their only child, but not interested in a romantic reunion 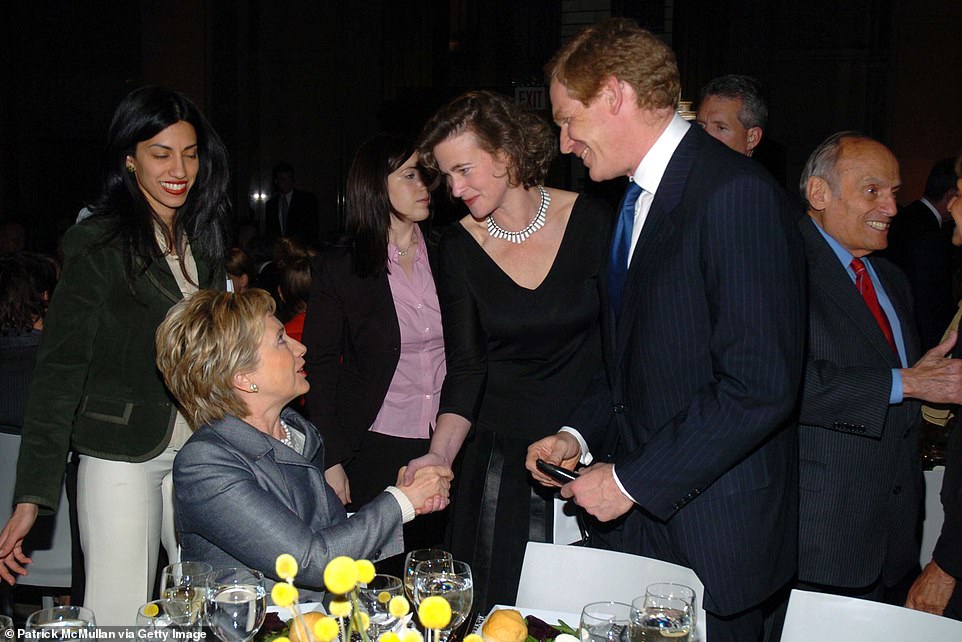 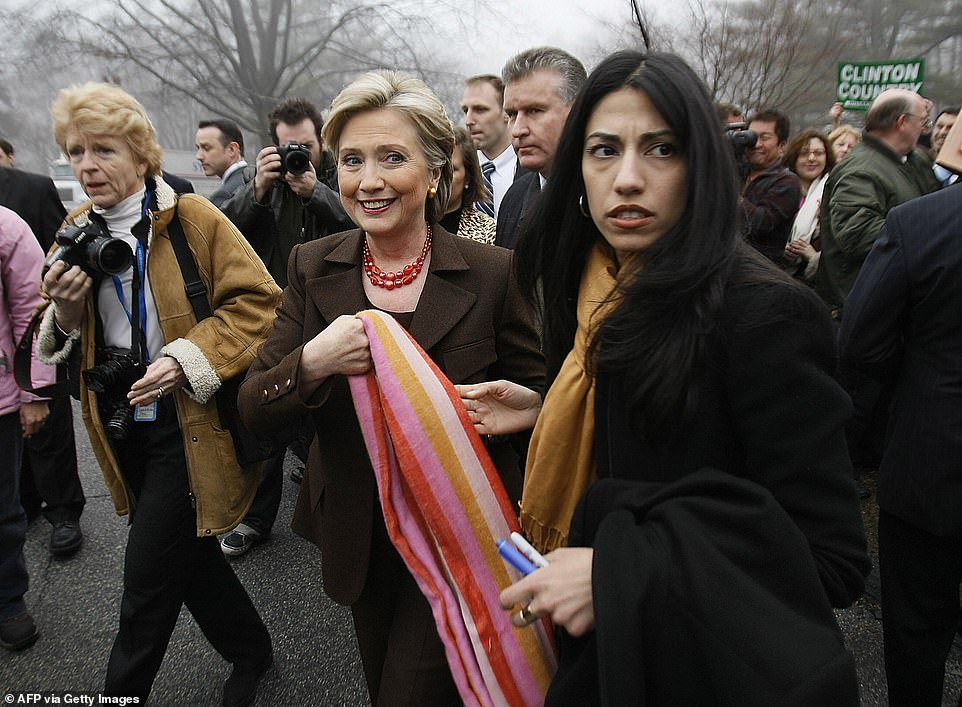 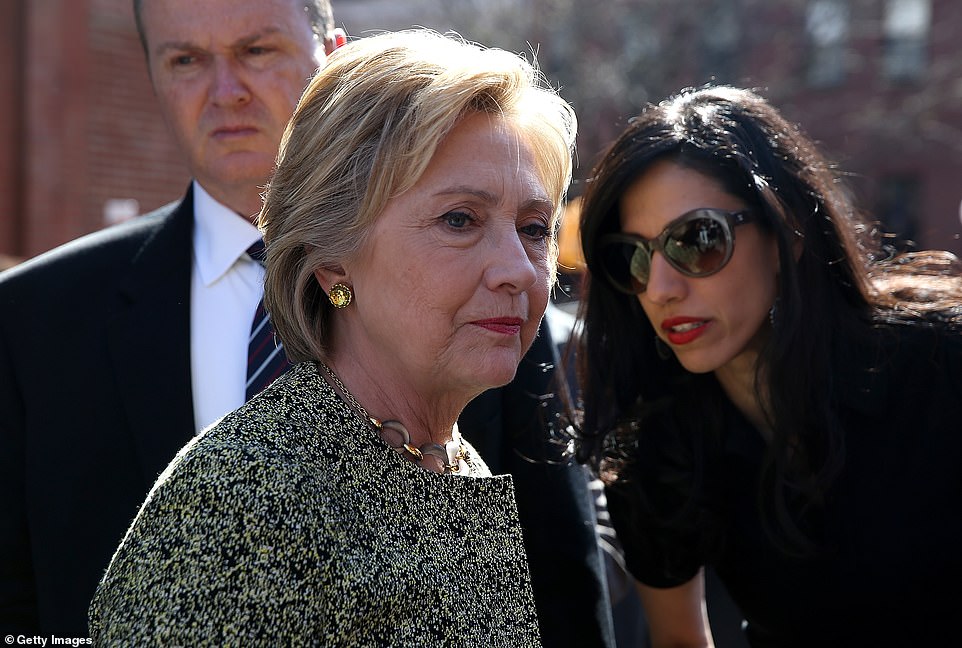 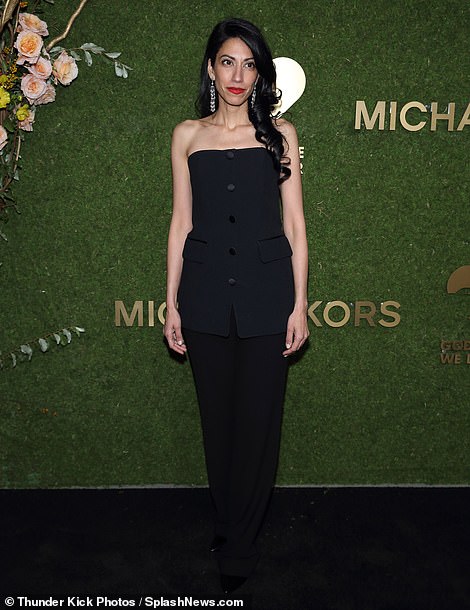 Abedin’s estranged husband has had his own repeated sex scandals that led to his arrest. Weiner resigned within a few weeks of the Twitter scandal in 2011, later unsuccessfully running for New York City mayor twice, in 2005 and 2013.

In 2016, DailyMail.com also revealed that he had been sending lewd text messages to a 15-year-old girl that included more explicit photographs. Weiner, now 56, served 18 months in prison before being released from jail in 2019. 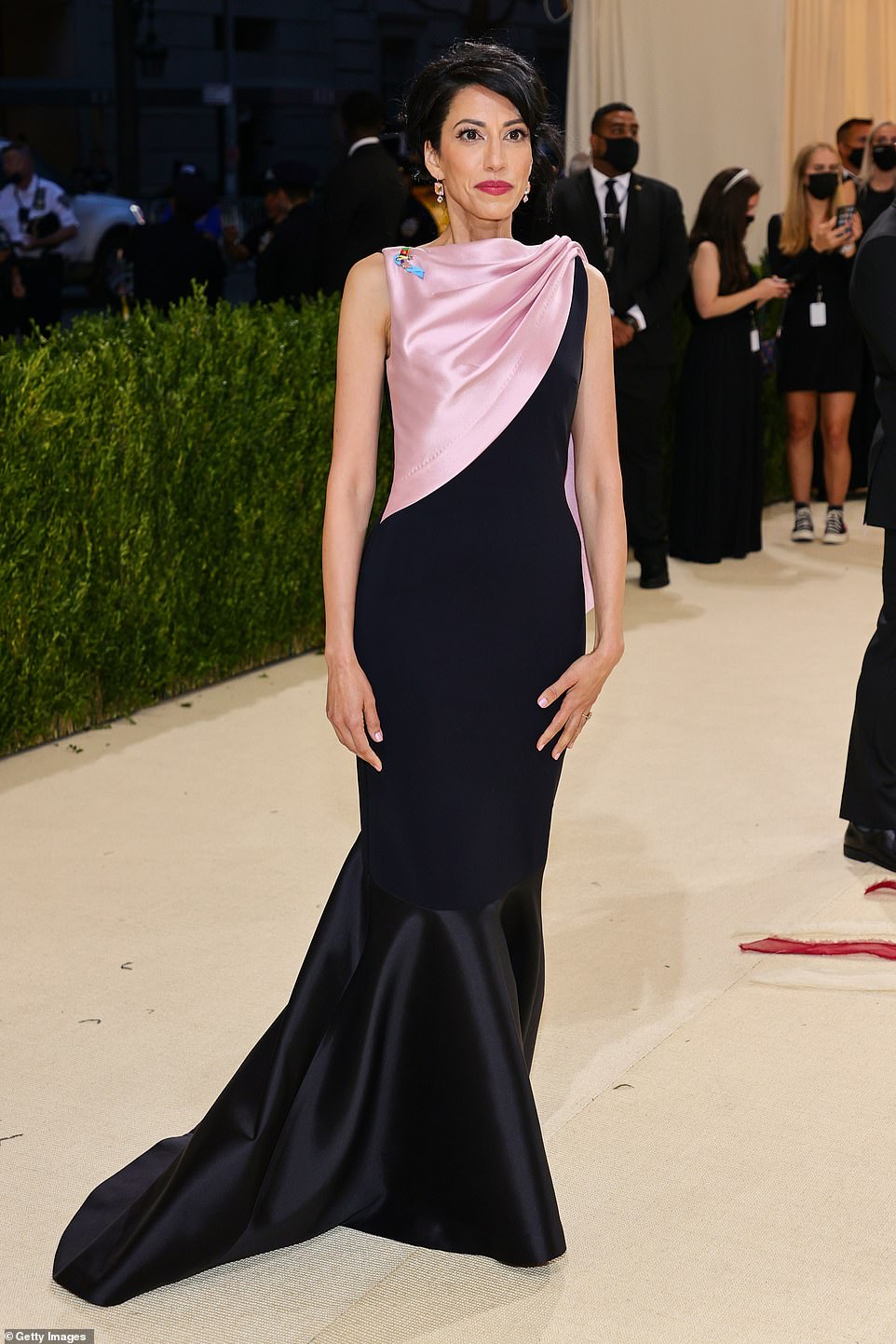 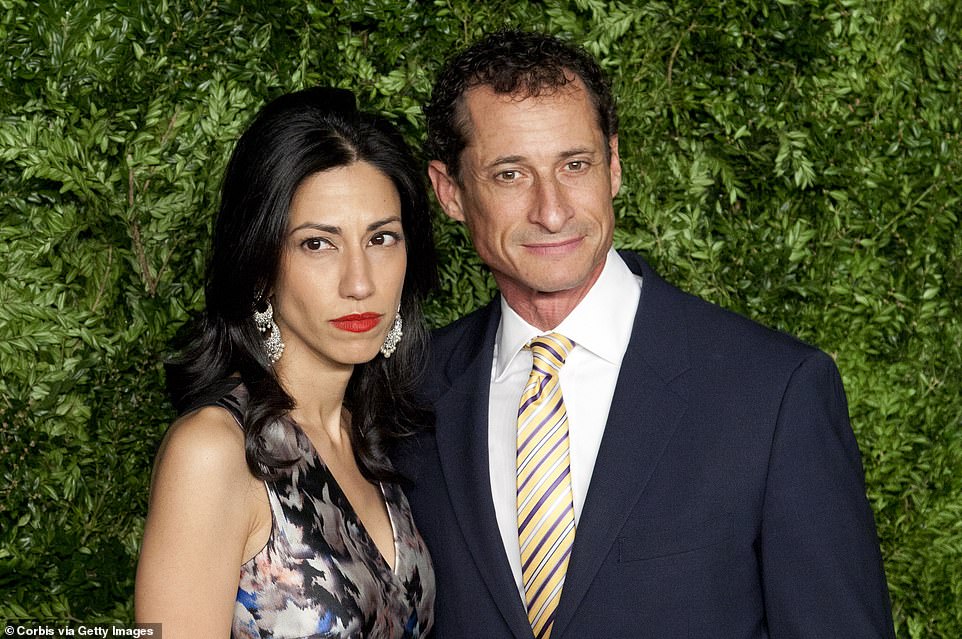 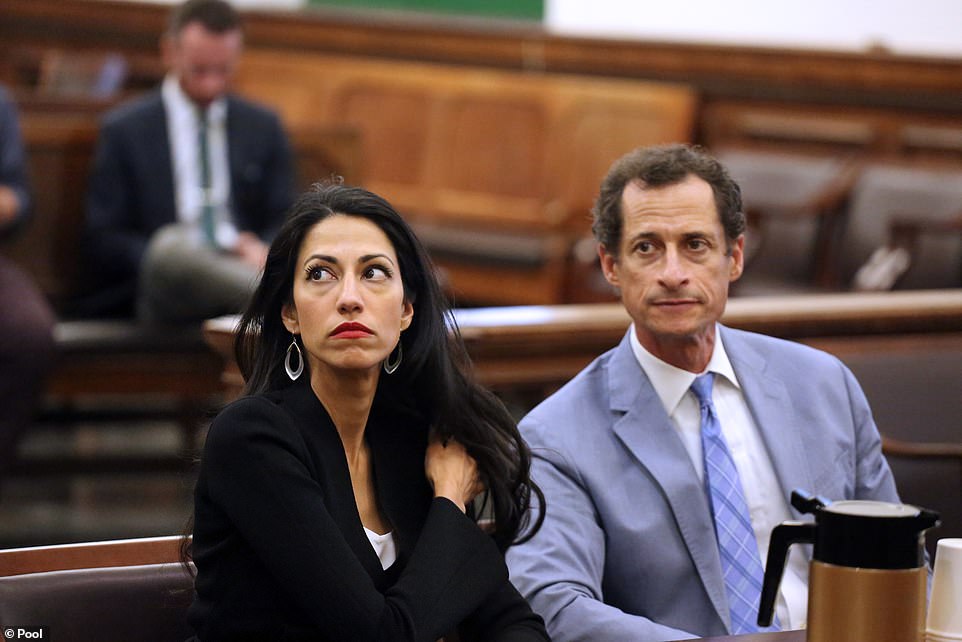 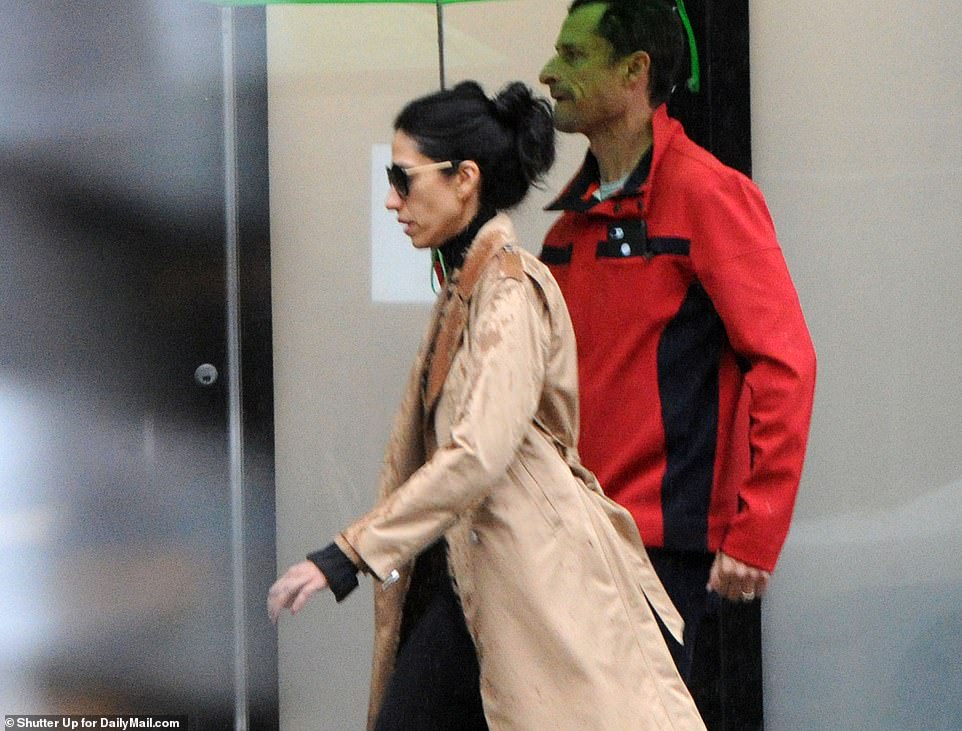 Weiner stepped down from his seat in New York’s 9th congressional district in 2011, after he accidentally tweeted a crotch-shot of himself in his underwear to the public, on his official page. 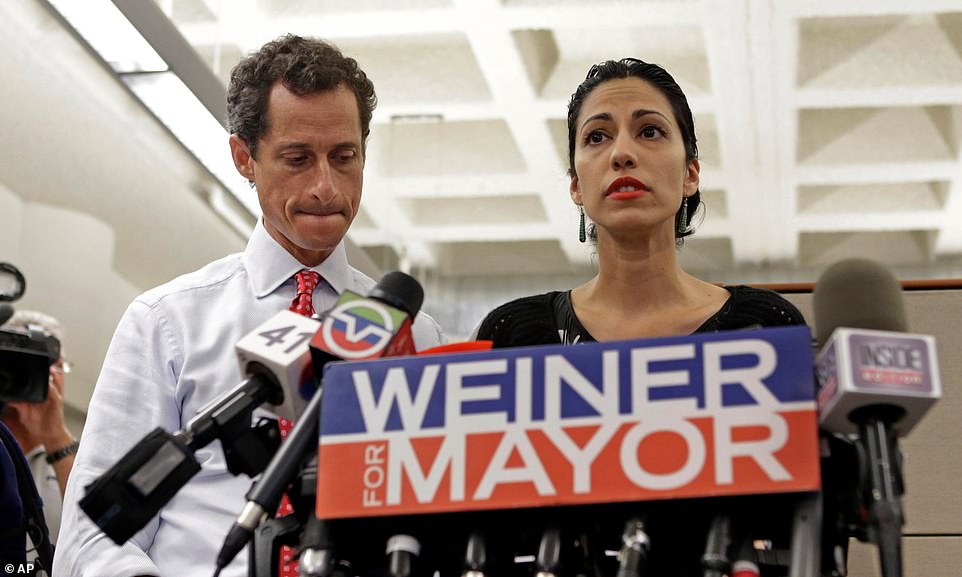 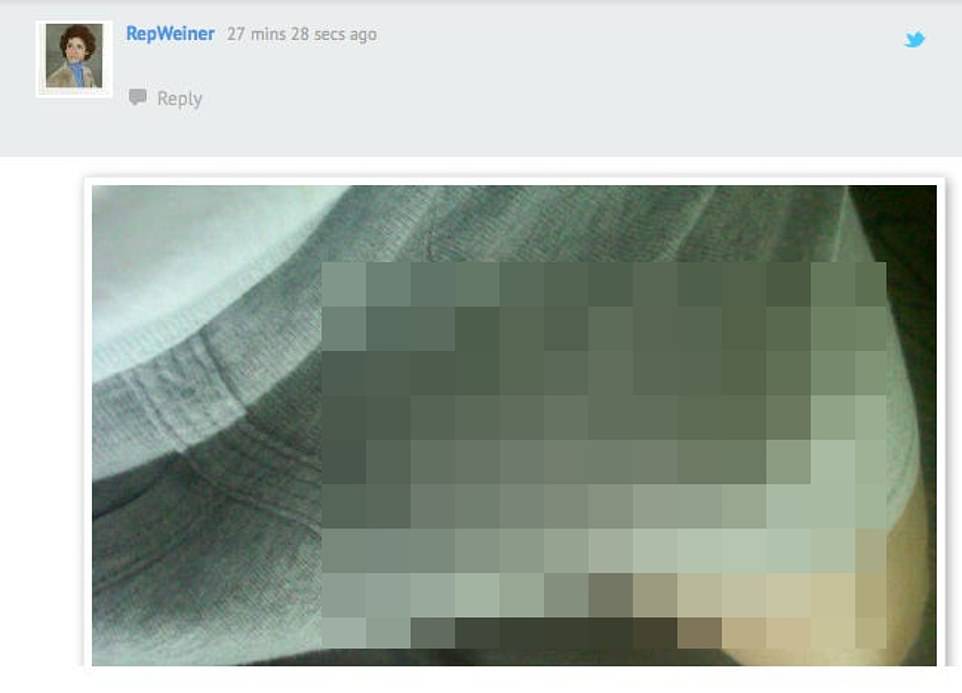 ‘And then, just like that, life as I knew it was officially over. “It’s true,” he said. “I sent the picture…

At the time, Weiner was a Democratic Congressman for New York. He resigned within a few weeks of the scandal, then ran unsuccessfully for New York City mayor twice, in 2005 and 2013. 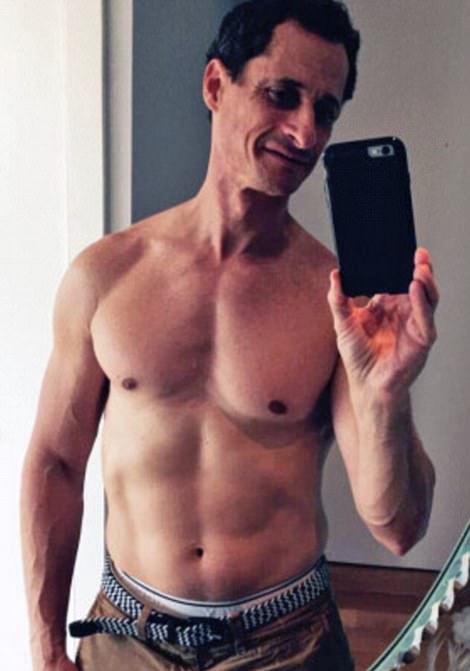 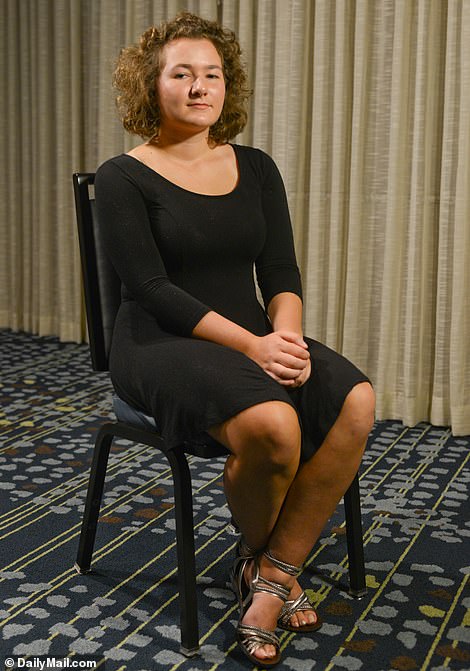 ‘I wanted to tell you myself,” was all I could get out before I burst into tears.

‘”I think it’s important for me to do my work,” I said, blowing my nose. 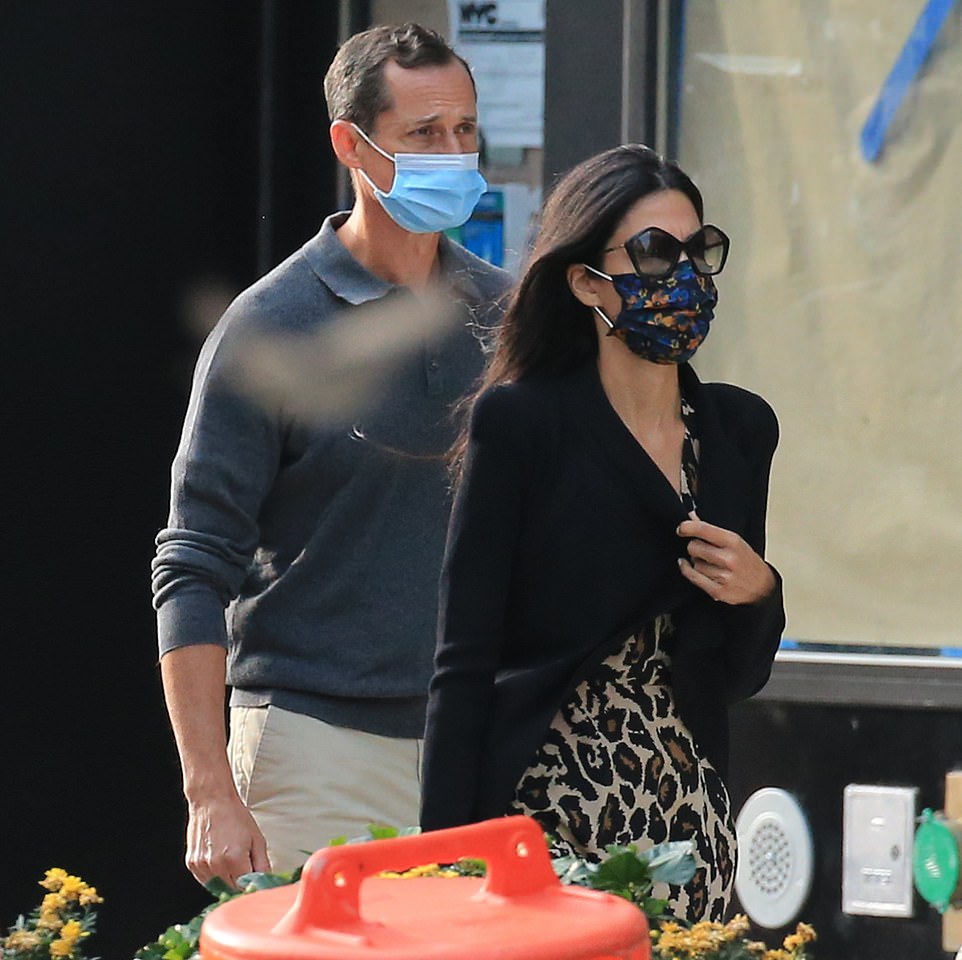 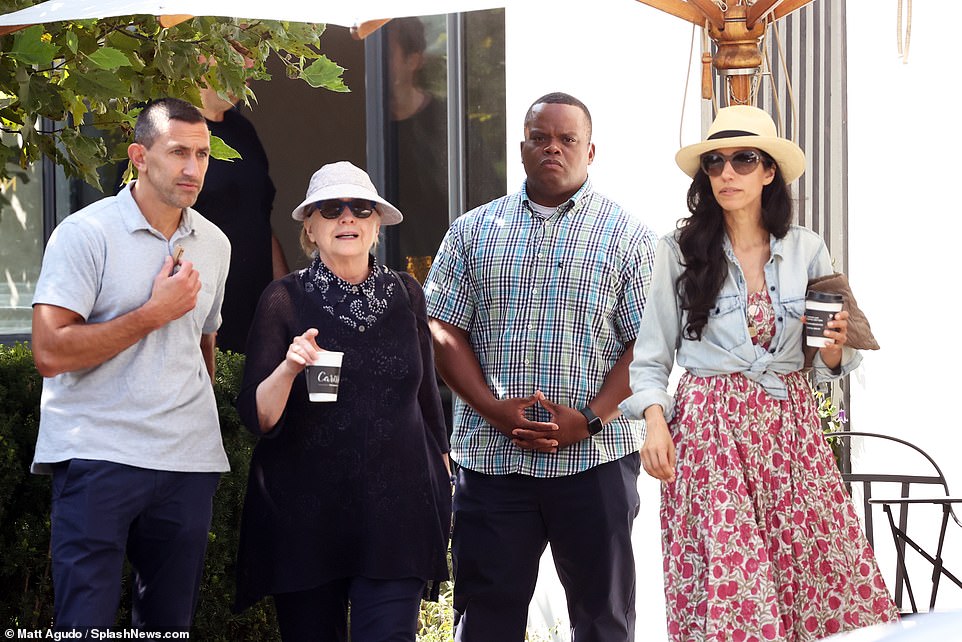 She went on the trip with Clinton and was stunned when she was told by a White House staffer that then-President Barack Obama wanted to talk to her.

She said she ‘didn’t recognize’ the man who sent the crotch tweet.

Once in ‘the Emirates,’ she went to her hotel room to find her mother and brother waiting. ‘Hillary’ had arranged for them to be there, she said. 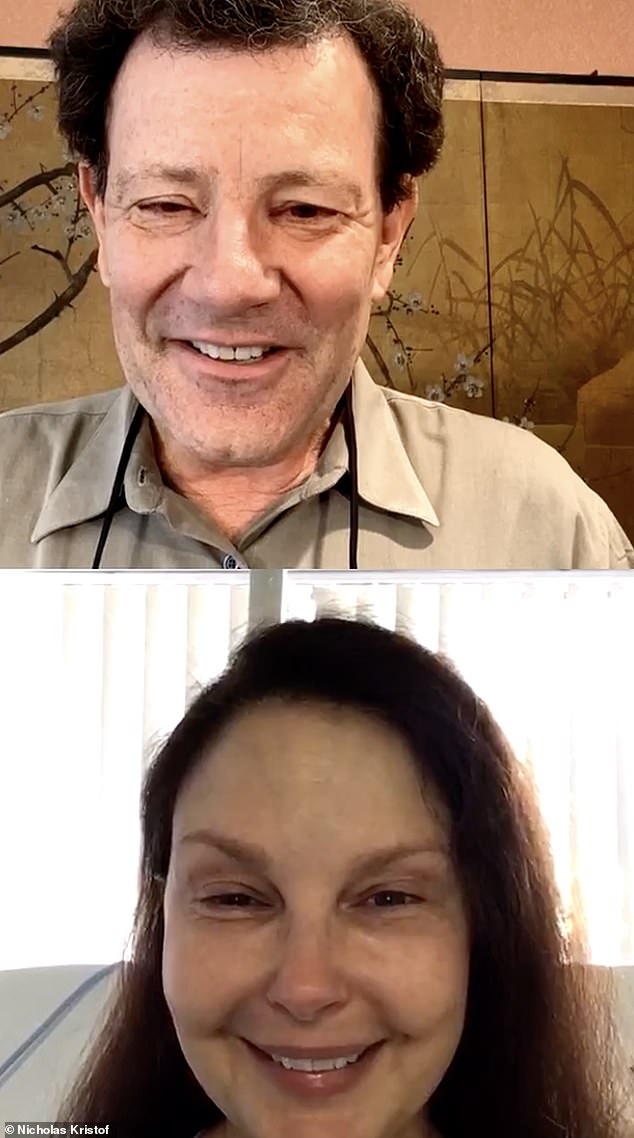 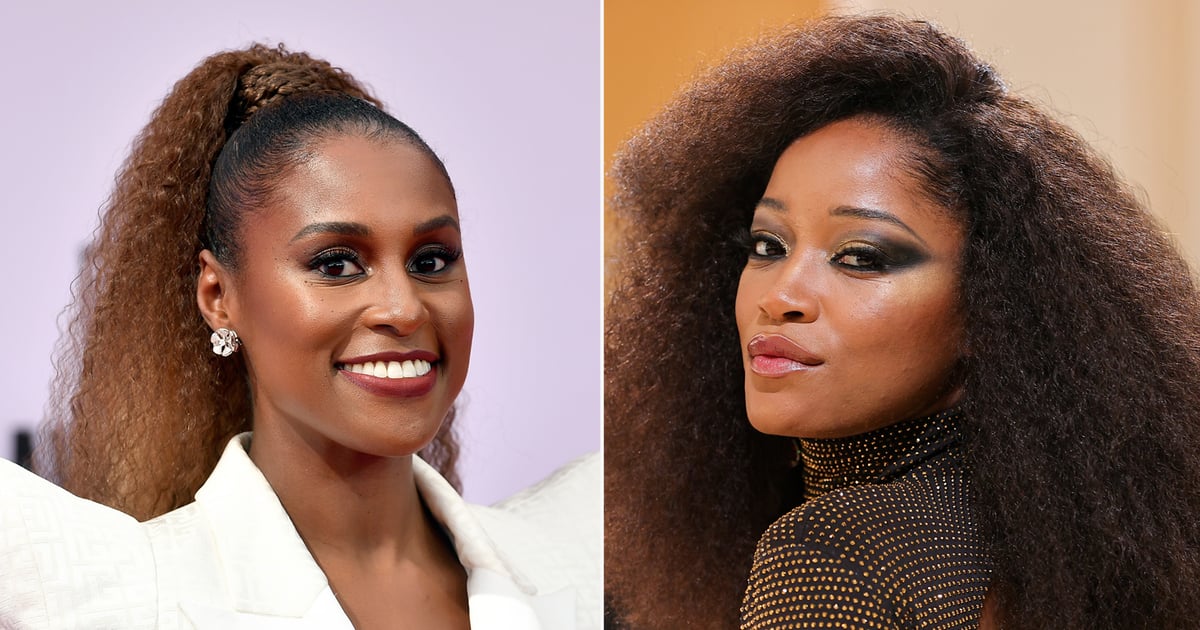 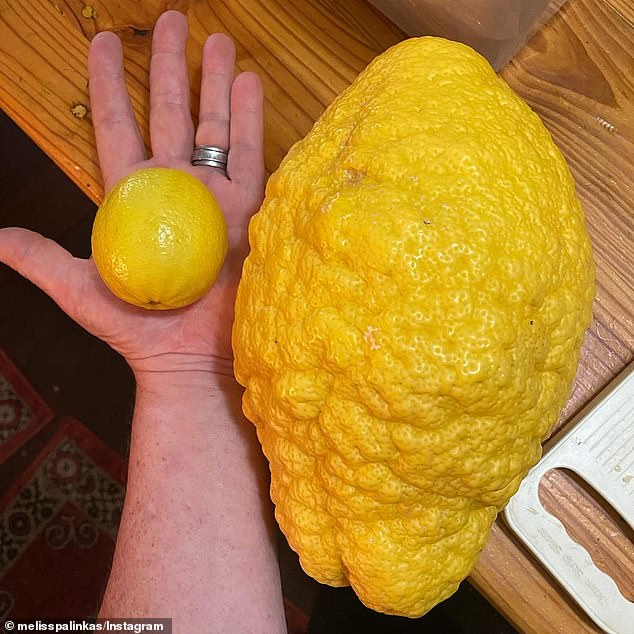