A leaked video of Ahmaud Arbery’s murder that was published by a Georgia radio station is what led to his killers’ arrests, and it was released by an attorney who thought the footage might actually have helped them.

Travis McMichael, Gregory McMichael and William ‘Roddy’ Bryan Jr. were all convicted of murdering Arbery this week in a Georgia courtroom. They are awaiting sentencing and face life behind bars.

The trio were arrested in May 2020 – nearly three months after they chased Arbery down the street.

The arrests came after a video of the killing was posted online by WGIG,  a local radio station in Brunswick, which got the video from Alan Tucker, a local attorney who thought that it releasing it would somehow soothe tensions in the community, where he said rumors about the killing were spreading.

The video had been taken by William Roddy Bryan and the men thought it showed them to be innocent of murder.

Ironically, it is what led to their arrests three months after the killing.

The shooting was on February 23, 2020. It was reported to the police, but a first prosecutor recused herself and then a second did the same – but only after deciding not to press charges.

It was only when the video, after being posted on the radio station’s website and then shared on social media, gained national and international attention that the killers were charged.

The video went online on May 5. On May 7, Travis and Gregory McMichael were arrested. Bryan Jr. was arrested on May 21.

Tucker hasn’t commented since the verdict. Last year, he told The New York Times why he wanted the footage to be made public.

‘It wasn’t two men with a Confederate flag in the back of a truck going down the road and shooting a jogger in the back. 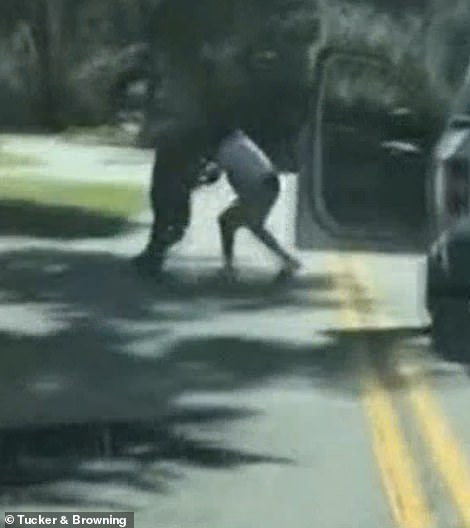 The graphic video was taken by William Roddy Bryan Jr. from a car following Travis and Gregory  McMichael’s vehicle. It spread like wildfire on social media

‘It got the truth out there as to what you could see.

His father Gregory McMichael was there, as was their friend William Roddy Bryan Jr.

FEB 27 2020: The first prosecutor recuses herself because Gregory McMichael used to work in her office.

APRIL 2020: A second prosecutor finds no reason to charge the men, then he recuses himself because his son worked with Gregory McMichael in the District Attorney’s Office

MAY 5: A video of the shooting is published by WGIG on YouTube.

They got it from Alan Tucker, a defense attorney, who got it from William Roddy Bryan Jr.

Durden hands the case to a grand jury to decide whether or not charges should be brought.

MAY 7: After the video goes viral, Travis McMichael and his father Gregory are arrested and charged with murder and aggravated assault

MAY 11: A fourth prosecutor takes over

NOVEMBER 2020: The three men are charged with federal hate crimes

NOVEMBER 24: All three men are found guilty of various categories of murder

‘My purpose was not to exonerate them or convict them,’ he told The New York Times.

He later told News4Jax: ‘People had the right to know.’

The case went through the hands of three prosecutors, then the Georgia Bureau of Investigations until eventually, the men were charged.

The first two prosecutors recused themselves after failing to bring charges. They were both found to have connections to the killers.

The case eventually was turned over to District Attorney Tom Durden.

He handed it to a Grand Jury to decide whether or not charges should be brought.

On May 7, Travis and Gregory McMichael were arrested and charged with murder and aggravated assault.

It took another several weeks for Bryan Jr. to be arrested on May 21.

By then, Georgia State Attorney had asked for a Justice Department review of the case and the case had gone to a fourth prosecutor – Joyette M. Holmes.

The three men were indicted on state murder charges in June 2020. None were granted bail, and they awaited trial from the Glynn County Jail in Brunswick.

At the same time, the Black Lives Matter movement had swept the nation, fueled by the murder of George Floyd by Minneapolis police officer Derek Chauvin.

It bolstered the prosecution’s case and galvanized public interest in the shooting. Ahmaud’s name then was included in protest signs a

long with those of Breonna Taylor, who was shot in her own home by a cop in Kentucky, George Floyd and other black Americans who were killed by white people either in police uniform or in racially-fueled crimes.

Ahmaud’s killers asked for bond repeatedly but were turned down.

In April 2021, the Department of Justice filed federal hate crime charges against the men.

They are due to go to trial on those charges in February next year.

The trial started in November 2021, around the same time as the controversial Kyle Rittenhouse trial in Kenosha, Wisconsin.

Though Rittenhouse’s case did not involve any black victims, his was considered one of race by the left-wing media because he’d shot BLM protesters. 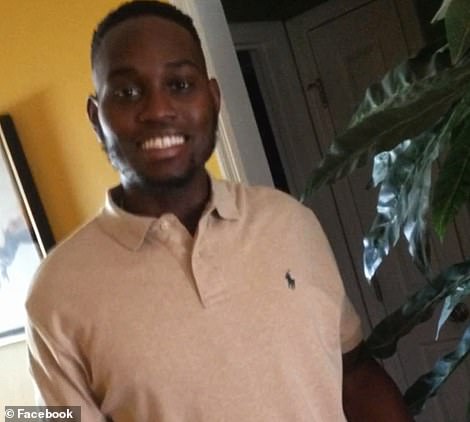 He was acquitted by a jury who ruled that the teenager was acting in self-defense, a decision that enraged Democrats and other liberals.

After the verdict on Wednesday, the trio were taken back to the Glynn County Jail, where there are currently 315 inmates – half of the 615 it is built to hold.

Some have only been in custody there for a few months, awaiting trial, whereas others have been incarcerated for two years and counting.

The county jail is modern, having undergone renovations recently that included the addition of a medical wing.

It is comparatively plush to the US State Penitentiary Atlanta, the federal prison that the three may find themselves in later, and the Georgia State Prison in Reidsville, the state’s main maximum security prison.

The only other case that has drawn the same amount of attention in recent months in which the defendant has gone to prison is that of Derek Chauvin, the Minneapolis cop convicted of murdering George Floyd. 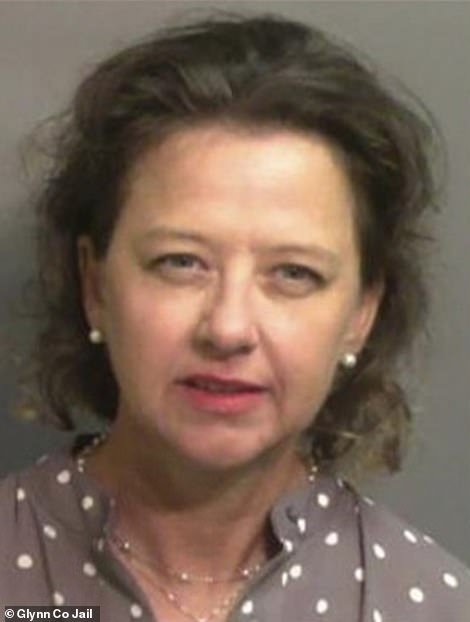 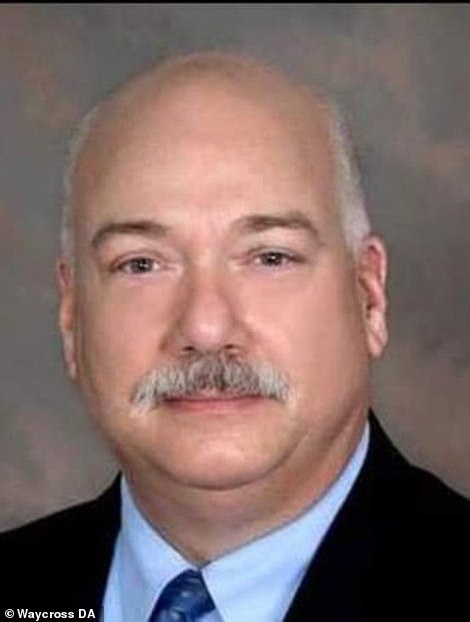 The first prosecutor was Jackie L. Johnson. She was charged with violating her  District Attorney’s oath by instructing cops not to arrest Gregory or Travis McMichael. The second prosecutor, Greg Barnhill, also recused himself . He decided not to bring charges but then recused himself because his son had worked with Gregory McMichael in the District Attorney’s office 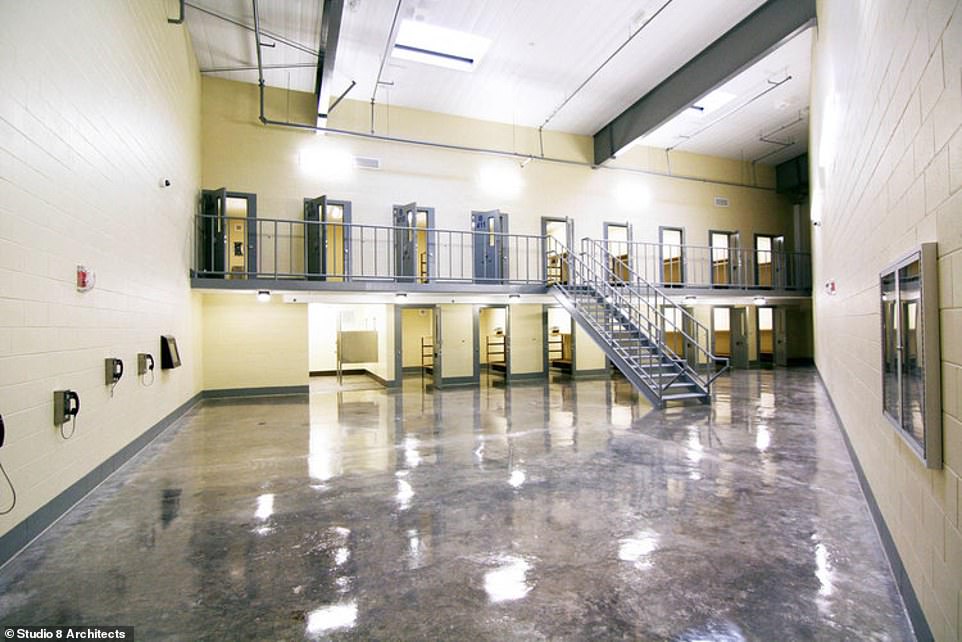 The Glynn County Jail is where the three men are currently being held and it is where they will stay until their sentencing, which hasn’t yet been scheduled

Chauvin is spending 22 years in a maximum security prison in Minnesota where he is held separate from general population.

It’s not clear yet if Arbery’s killers will face the same type of sentence. Prosecutors chose not to seek the death penalty in that case.

Travis was convicted of malice murder because he pulled the trigger and his father and Bryan Jr. were found guilty of felony murder because they were there.

Immediately after yesterday’s verdict, their attorneys announced plans to appeal.

Arbery’s family embraced the verdict, saying they ‘finally had justice’.

Before they reached their verdict, the jury – made up of 11 white people and one black person – was presented with hours of testimony, investigator evidence photos, police body camera video, autopsy reports and more, but five arguments were not allowed to be presented.

They included Arbery’s mental health records and criminal history, and the fact that trace amounts of THC were found in his blood after his death. 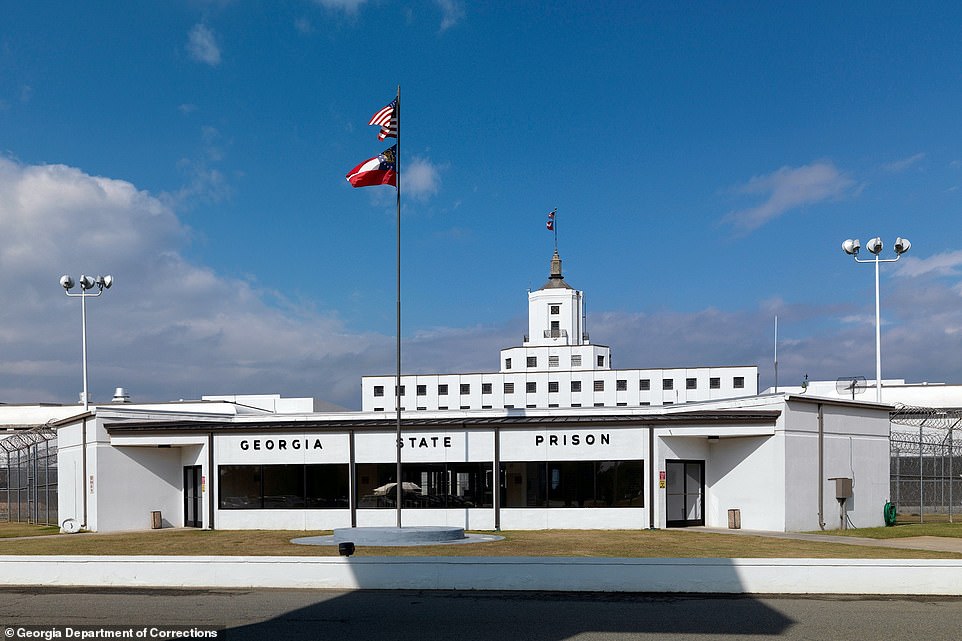 Georgia State Prison is the major, maximum security prison in the state; it has 1500 inmates and was where the state’s death row inmates were held until 1980. It is likely where the men will be sent upon sentencing 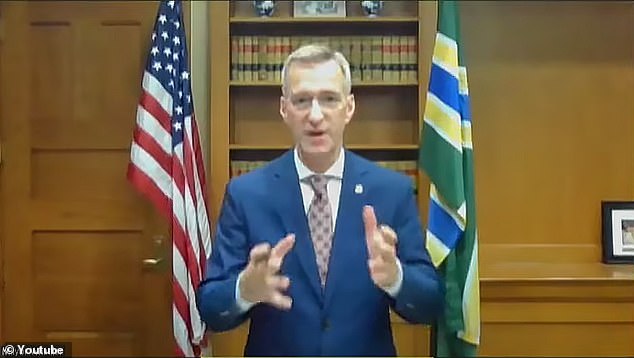 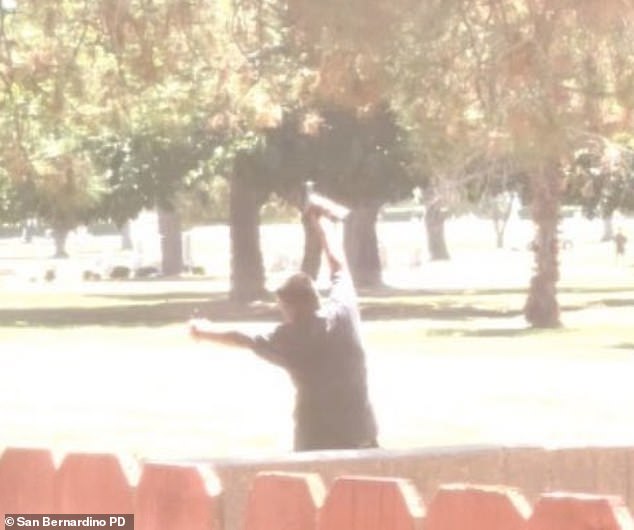 Boy, 13, is shot and injured by cops at California cemetery after lying that he had killed three 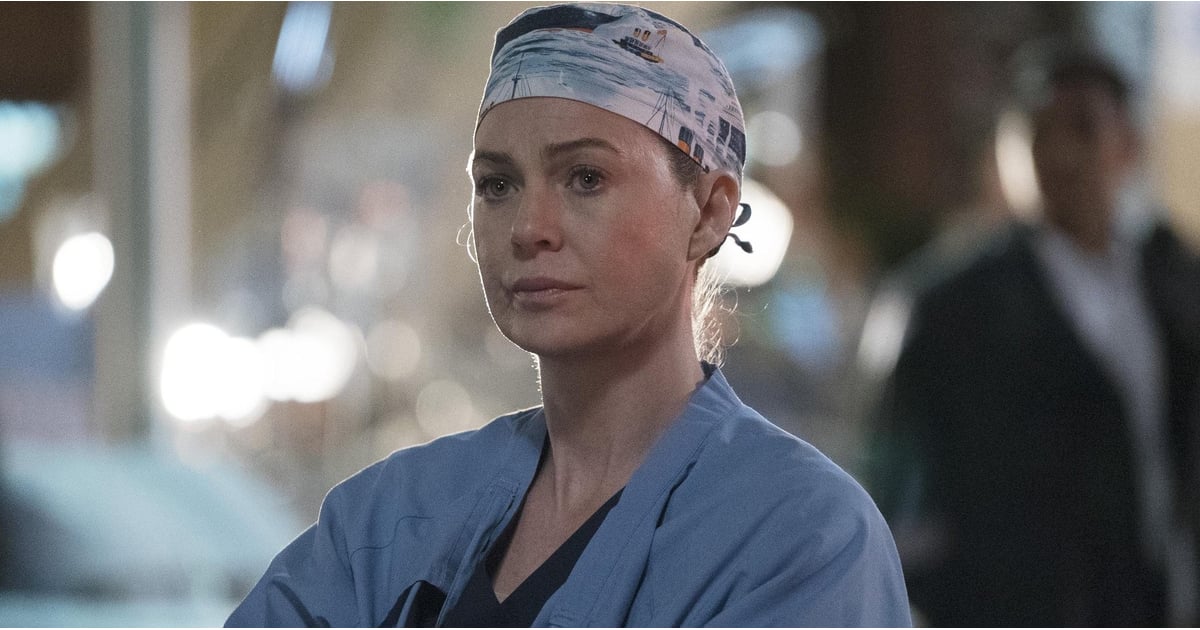 North Carolina boy, 14, died from cardiac arrest after being bucked off a bull and stepped on
41 mins ago