The Dancing Hare, a 189 ft superyacht, is currently moored in Auckland after traversing the South Pacific and Caribbean Sea.

As displays of conspicuous wealth go, she certainly takes some beating with glass panels encircling the deck, wraparound glass railings, and accommodation for 12 guests — and up to 15 staff — in a master suite, four doubles and a twin stateroom.

The price? £11.8 million; at least that was the asking price when this behemoth was purchased in 2017.

The Dancing Hare, a 189 ft superyacht, is currently moored in Auckland after traversing the South Pacific and Caribbean Sea

Since then, Dancing Hare, flying under the flag of the Marshall Islands in the central Pacific, where she is officially registered, has been spotted sailing around the Galapagos Islands, St Lucia, Fiji, Tonga, and Bora Bora in French Polynesia.

Those on board, according to online video diaries chronicling the cruiser’s progress, enjoyed everything ‘from diving adventures with sharks and turtles’ to watching ‘dolphins swimming off their bow’.

Yet few outside the boating world will be aware that the white and orange striped flag fluttering in the ocean breeze belonged, in a previous life 30 years ago, to one of the most famous — or rather infamous — yachts in the world.

Back then it had a very different name. It was called the Lady Ghislaine and the owner was disgraced newspaper tycoon Robert Maxwell.

On the evening of November 5, 1991, with his empire, including the Daily Mirror, on the brink of collapse, Maxwell’s naked 22 st body was found floating in the Atlantic off the Canaries, having fallen overboard from the stern of his yacht earlier in the day. 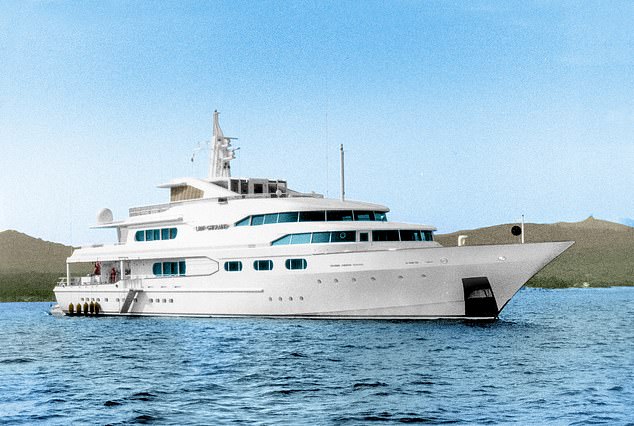 It soon became apparent that Maxwell, who was 68, was not only bankrupt (about £1 billion) but had also pilfered millions from the Mirror’s pension fund.

Many believe his bitter rivalry with fellow media tycoon Rupert Murdoch was to blame for his downfall which ‘unhinged him’ and drove him to cripplingly over-extend himself.

But Maxwell must be turning in his grave for another reason.

For, three decades on, the Lady Ghislaine, Maxwell’s pride and joy which he christened after his favourite daughter, Ghislaine — herself mired in controversy and awaiting trial in New York on charges, which she denies, of trafficking underage girls with paedophile Jeffrey Epstein — has fallen into the hands of the Murdoch family after changing hands several times down the years.

The irony is beyond parody.

The latest owner of the twice-renamed, refurbished Lady Ghislaine (which was first renamed Lady Mona K before her current moniker of Dancing Hare) is none other than Rupert Murdoch’s ex-wife Anna, a new biography of Robert Maxwell reveals.

Scots-born Anna, 76, is the mother of three of Murdoch’s children, Elisabeth, 52, Lachlan, 49, and James, 48, who have all played prominent roles in their father’s media conglomerate. 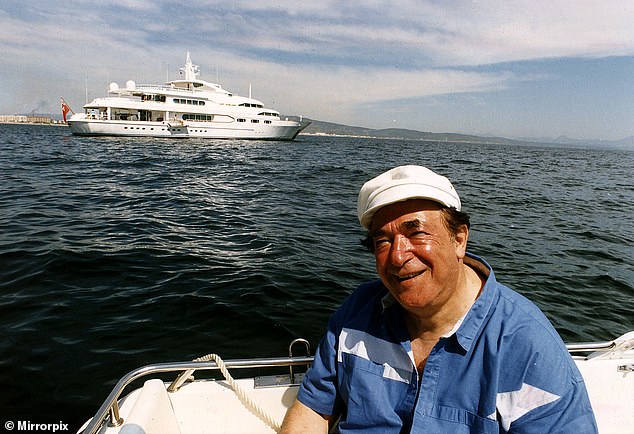 On the evening of November 5, 1991, with his empire, including the Daily Mirror, on the brink of collapse, Maxwell’s naked 22 st body was found floating in the Atlantic off the Canaries (pictured on the boat in 1990)

Why, though, of all the yachts, in all the world, would the former Mrs Murdoch — now Anna Murdoch Mann dePeyster, having twice remarried since divorcing Murdoch in 1998 — have chosen to buy this particular yacht? Author John Preston offers the following explanation in the very final paragraph of his book, Fall: The Mystery Of Robert Maxwell, which features a photograph of the Lady Ghislaine on the front cover.

He writes: ‘In 2017, Rupert Murdoch’s former wife Anna decided that she wanted to buy a yacht. Their son James, a keen sailor, offered to help. A few weeks later, he found just what he was looking for — a boat called the Lady Mona K, on the market for $14.5 million [more than £11 million at the time]. His mother went to have a look and liked what she saw.

‘It was only after buying the Lady Mona K that Anna learned the yacht’s name had been changed years earlier. It had previously been called the Lady Ghislaine.’

But The Times, one of Rupert Murdoch’s newspapers, knew about the yacht’s history, reporting shortly before the former Mrs Murdoch bought it from a Saudi Arabian lawyer, that the Lady Mona K was on the market and was in fact the Lady Ghislaine ‘with a refurbished guard rail’.

This was an open secret in yachting circles. 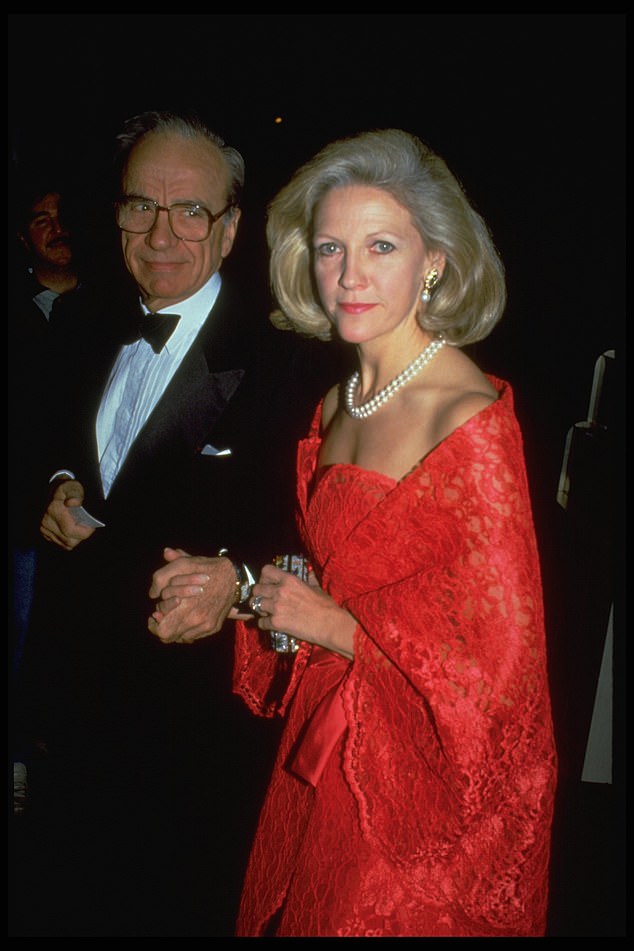 The latest owner of the twice-renamed, refurbished Lady Ghislaine is none other than Rupert Murdoch’s ex-wife Anna (pictured)

So would it be beyond the realms of possibility to suggest there could have been more to the acquisition than meets the eye?

That acquiring the old enemy’s once prized possession might have provided an unexpected incentive for the wider Murdoch clan, a kind of posthumous schadenfreude?

The Murdochs would be only human if they had. After all, their rivalry was the stuff of legend.

Anna and Rupert Murdoch were together for more than three decades, during which time Maxwell played the role of the pantomime villain, a Trumpian figure whose clashes with Murdoch, inside and outside the boardroom, dominated the 1980s and spilled over into bitter personal animosity.

The feud was even turned into a Jeffrey Archer page turner (The Fourth Estate), a thinly disguised account of the lives of the two tycoons. Anna had a ringside seat to the rivalry. It began in 1968 when Maxwell moved to buy the News Of The World but lost out to Murdoch — ‘an Aussie upstart’ — who was looking to crack the UK market.

‘Never has a man caught a bigger whale with a smaller hook,’ Maxwell said later, alluding to the fact that he felt Murdoch underpaid for the title, a deal which proved enormously profitable for him. 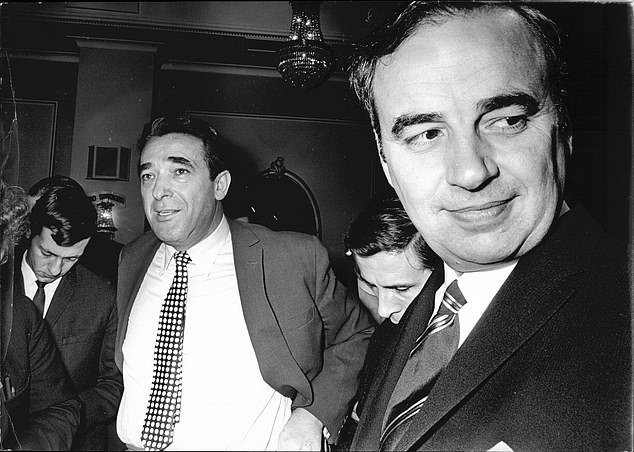 Murdoch would also outbid Maxwell for The Sun the following year and The Times and The Sunday Times in 1981.

When Maxwell finally bought Mirror Group Newspapers in 1984, his Daily Mirror slugged it out with Murdoch’s Sun, which culminated in a circulation war waged, to quote one colourful account from those times, ‘with bingo giveaways, bare-breasted pin-up girls and screaming headlines’.

In New York, they also owned rival tabloids. Maxwell had the Daily News and Murdoch owned the New York Post.

However, Maxwell’s spending spree in America, including paying $2.6 billion for publishing house Macmillan U.S., precisely because he was desperate to go toe-to-toe with Murdoch across the pond, left him heavily in hock to the banks — money he could not repay when profits fell, interest rates soared and recession loomed.

This was the background to his last fateful voyage on the Lady Ghislaine.

Just before 5am on November 5, 1991, Maxwell phoned the crew to complain that his cabin was too cold. The air conditioning was turned off. Sometime afterwards, he walked naked to the stern of the boat, probably to urinate, as he was prone to do. He was never seen alive again.

At about 6am, Kevin Maxwell rang his father. They were due to meet the Governor of the Bank of England in London, where they would have been grilled about the state of their business which left a multi-million-pound hole in the Mirror Group pension pot.

Maxwell did not reply. Around 12 hours later, a helicopter pilot with the Spanish national rescue service spotted the body of a man on his back, spreadeagled.

Was his death an accident? Did he jump? Was he pushed? The first scenario is most likely, but we shall never know for sure.

The Lady Ghislaine was placed in the hands of administrators and purchased, it is believed, for around £10 million by the aforementioned Saudi Arabian who reportedly sold the boat, by now renamed as the Lady Mona K, to Anna Murdoch three years ago.

The yacht, to borrow the description of one commentator, was a ‘four-storey, floating symbol’ of the brash, self-aggrandising attention-seeking Robert Maxwell himself.

It had a gymnasium and discotheque with decor which was ‘1970s Playboy Baroque’ and where guests wore bootees to keep the deep-pile cream carpets clean. The former Mrs Murdoch, who now lives in Florida with her third husband, property developer Ashton dePeyster, 74, must have gained considerable satisfaction giving her acquisition the ‘sophisticated’ refurbishment referred to in the sailing press.

The entire interior design was replaced by London-based designer Olivia Outred and the yacht spent seven months at the Balk Shipyard in Amsterdam getting a state-of-the art overhaul.

Nevertheless, the new owner — who is understood to have received a $100 million (more than £70 million) divorce settlement from her first husband — has kept a low profile.

She has not advertised her links with Dancing Hare, which was relaunched in May 2018 with a baptism by a priest and a christening by the captain.

The owners are listed as Moonstone Enterprises, incorporated in Delaware in the U.S. where state laws mean individuals behind such companies can remain anonymous. Monaco-based KK Superyachts, which brokered the purchase of the yacht, are the commercial managers.

At the time of writing, neither KK Superyachts or Anna Murdoch Mann dePeyster wished to comment.

But why settle on the name Dancing Hare?

One of Anna Murdoch Mann dePeyster’s favourite artists is the late figurative sculptor Barry Flanagan who was renowned for his bronze statues of hares which were exhibited in Europe and the U.S.

One such statue was called Dancing Hare. A symbol of everything the Lady Ghislaine was not. 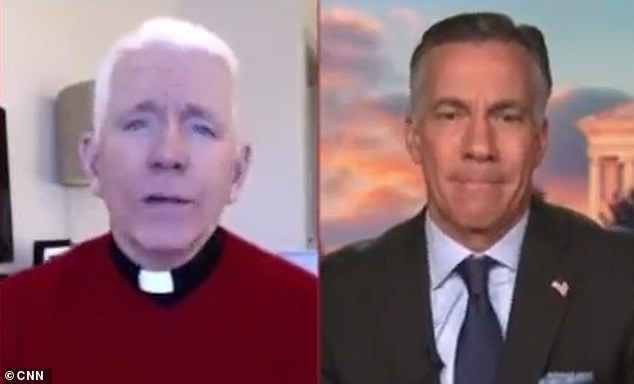 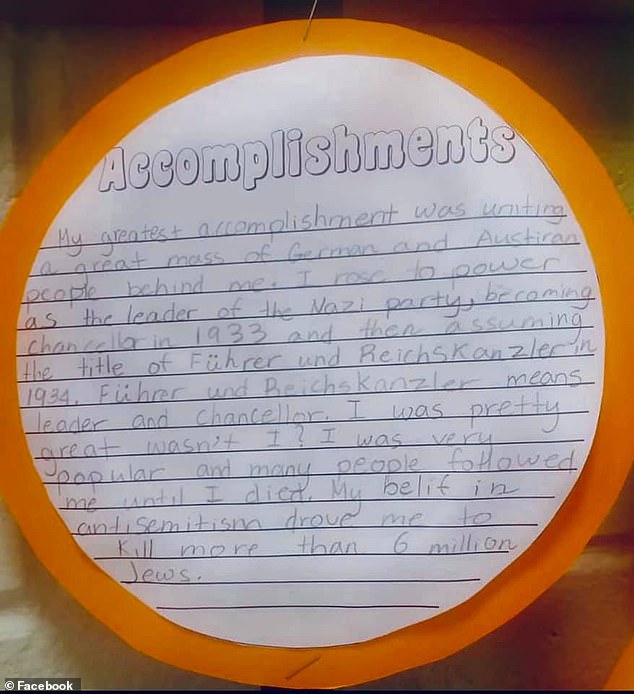 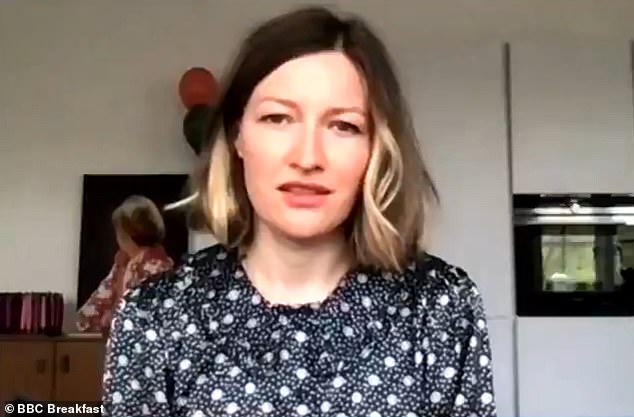 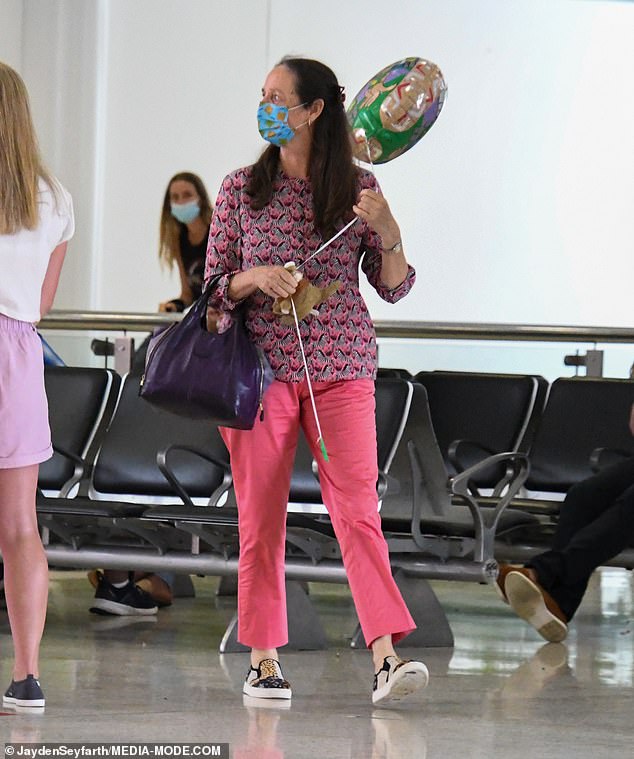